Now that I've waxed, and waned, nostalgic for Maine, I can stop. Or keep going? Ok, fine. Since we were staying in Scarborough, close to my cousin's wedding destination, I searched around for some things a bit outside Portland for this part of the trip. Growing up, we'd driven through the Scarborough Audubon Center marshes each year on our annual pilgrimage to The Clambake (a place that still haunts me with seagull swoops where patrons feed them leftovers), but hadn't been back for years. 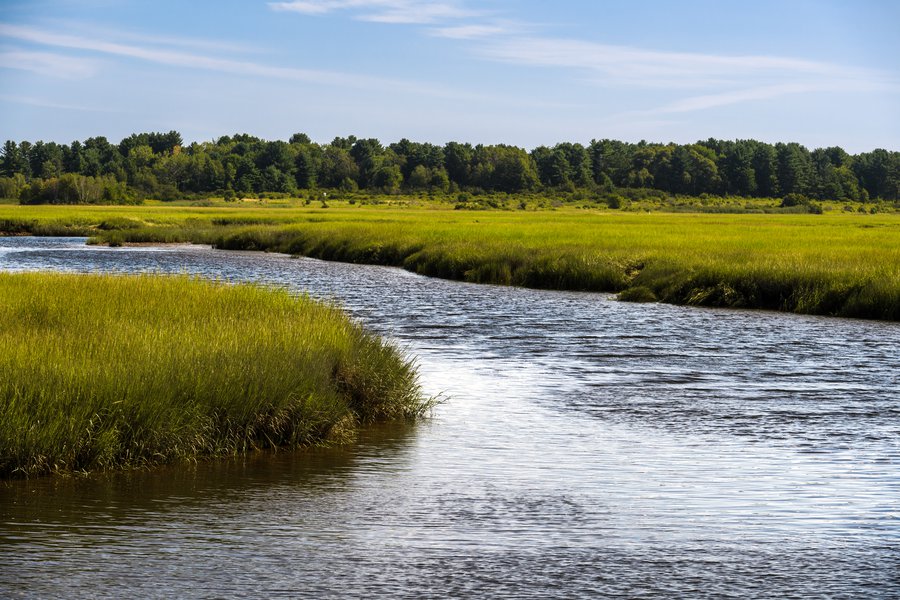 I thought we could canoe, but we didn't end up having enough time or the desire to bring the camera that close to the water, so just took a quick walk along the paths. When we realized they were squishy and we weren't wearing the right shoes for mud, we turned back, but not before finding some local herons and that boggy suck beneath our feet. 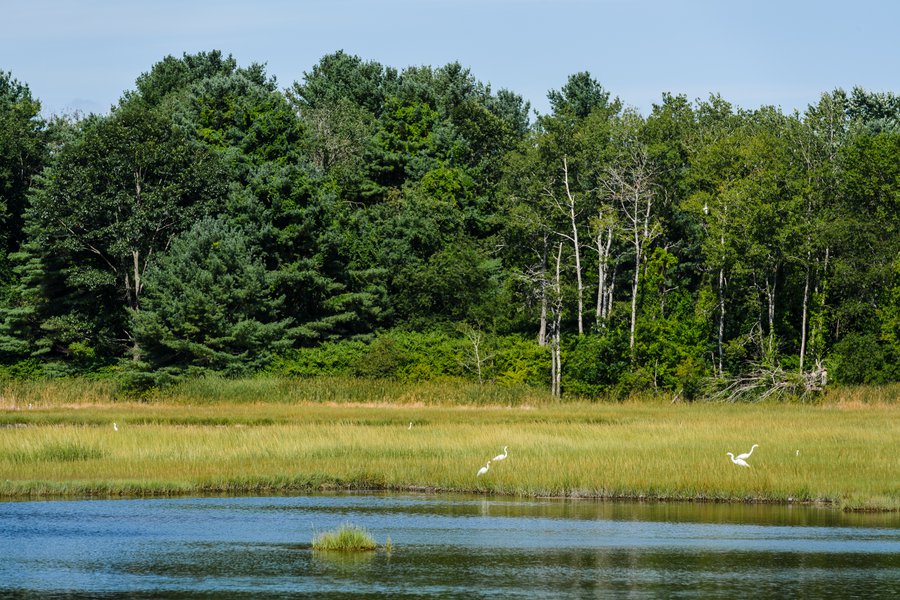 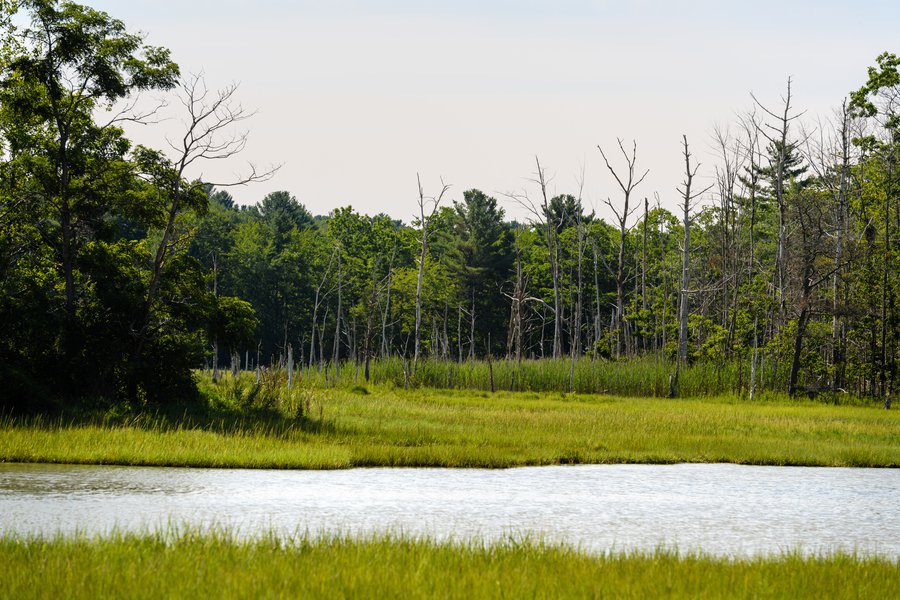 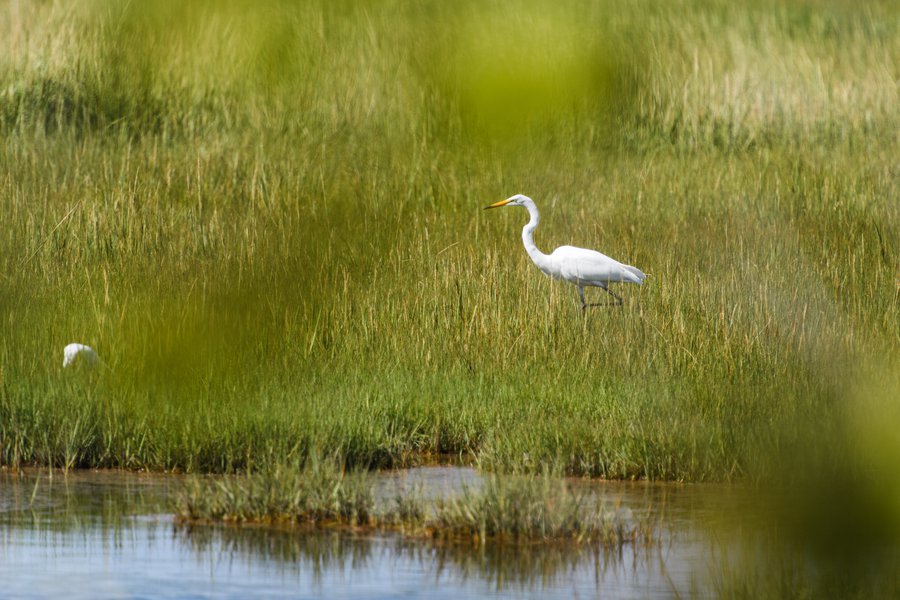 We drove from the salt marshes to Two Lights State Park, and I honestly can't believe we've never been here before. Named for two lighthouses that are now private property (outside the park), it was instead just a beautiful trail along the jagged coast, with tons of picnic areas and benches. 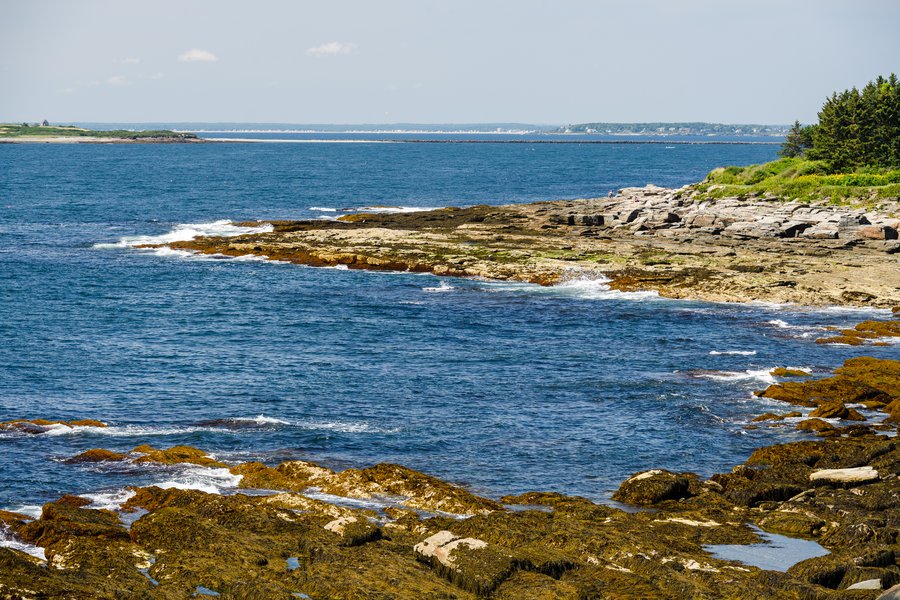 It was glorious, and just short enough that there was time to sit on the endless benches, close our eyes, and hear the waves. 75 degrees, cool breeze, #thewaylifeshouldbe. 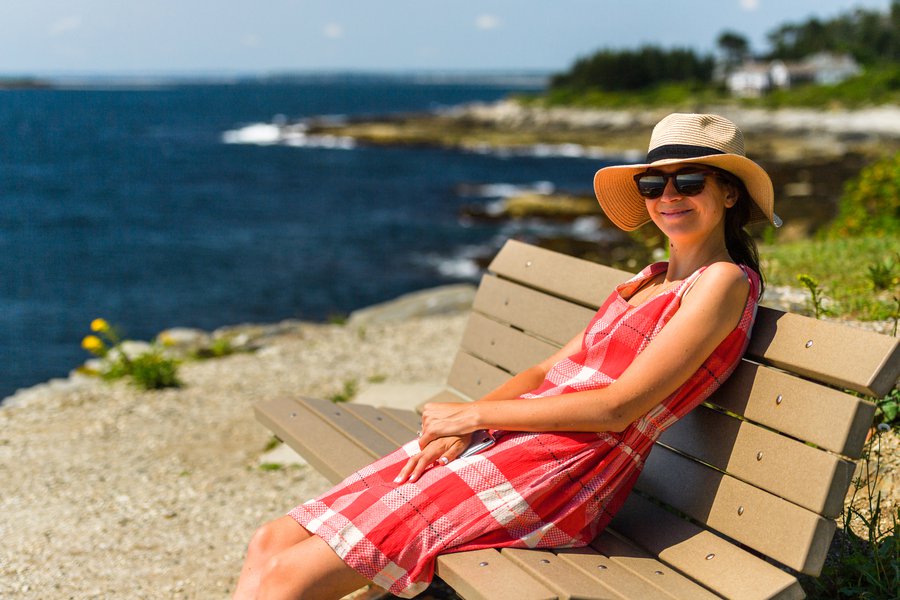 Also, the monarchs were migrating and their ethereal flit and the hope they might land was, as always, enchanting. 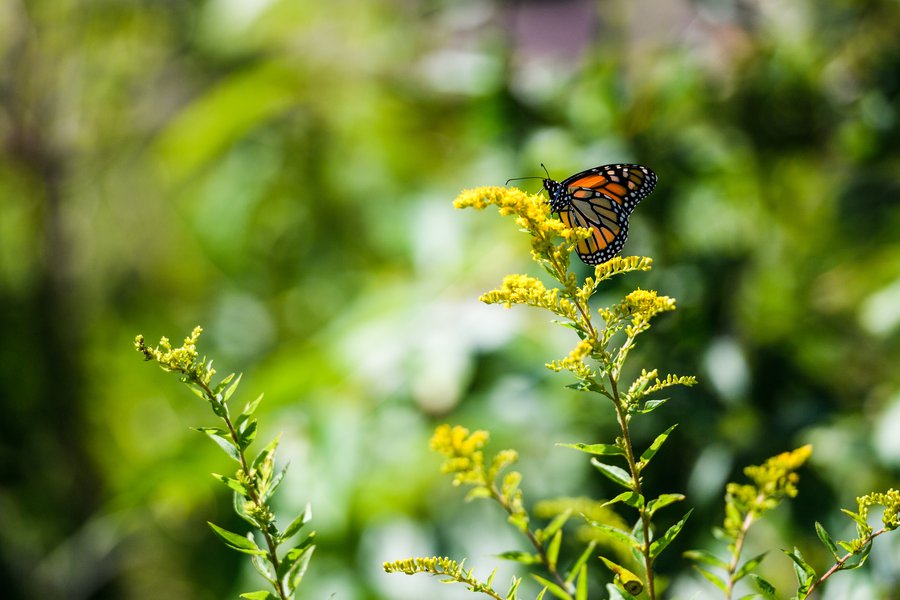 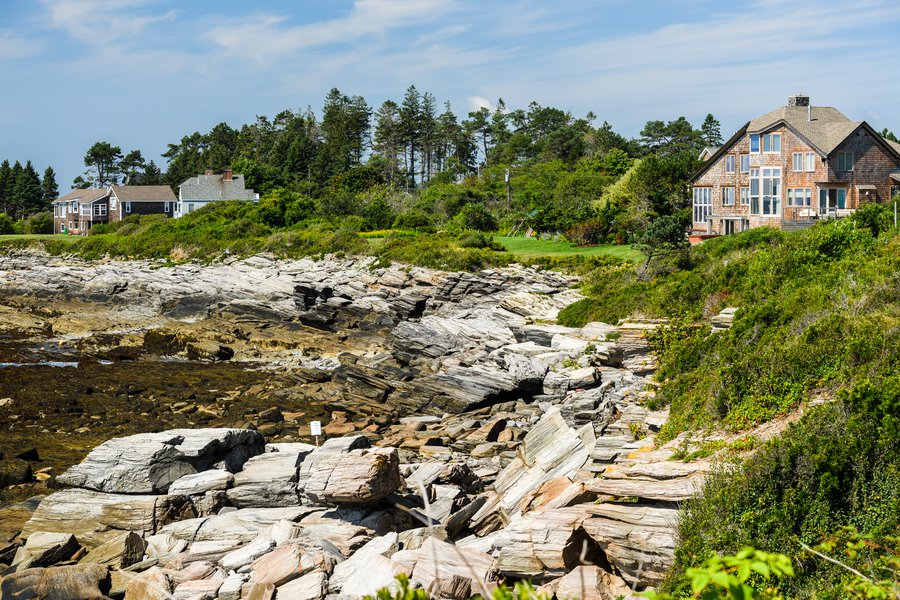 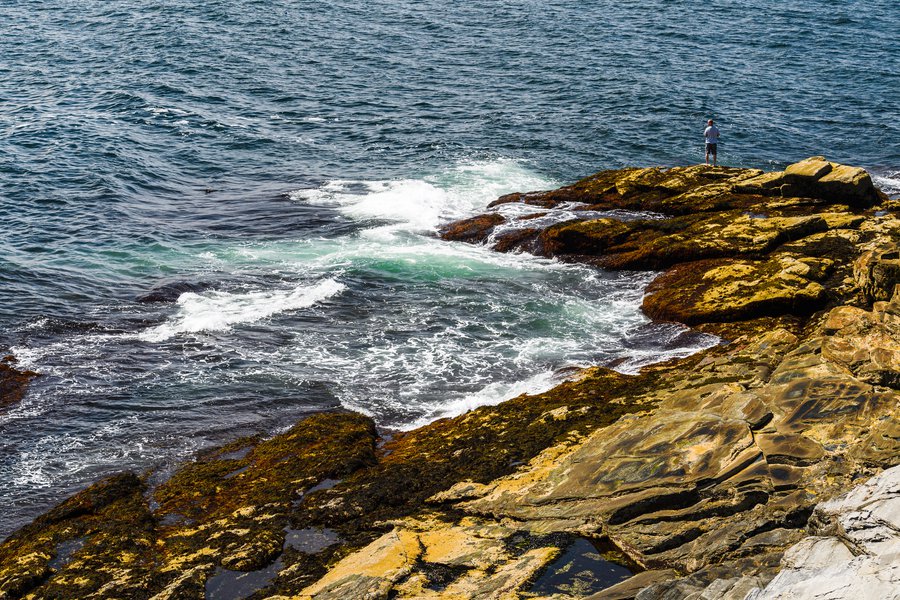 Another first for us was lunch at the uber-popular Two Lights Lobster Shack, just a few minutes down the road. Maddeningly, we drove around in spirals looking for parking, and almost gave up, but then found a sortof back lot. 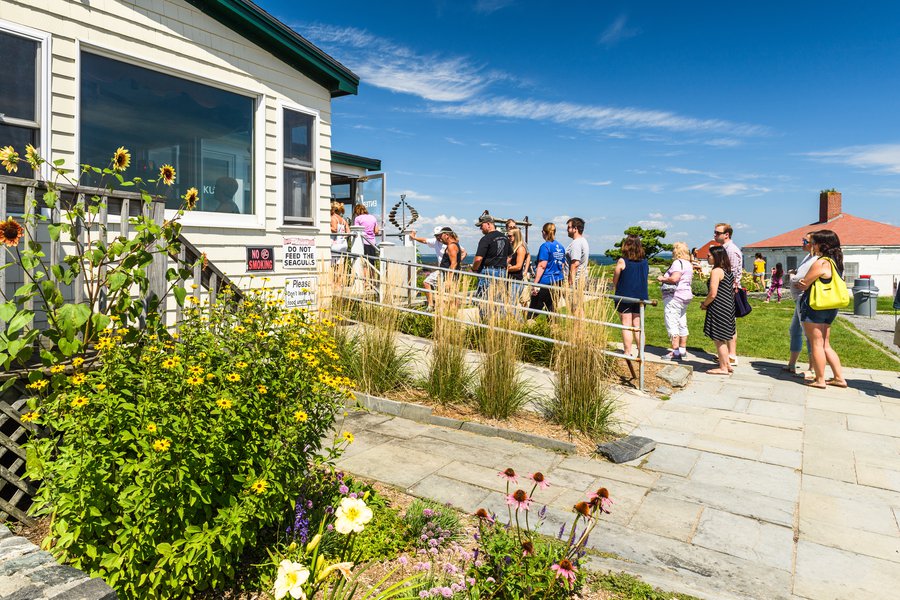 And so glad we did, because the views! Whales were breaching right against the shore, and that Maine air--glorious. 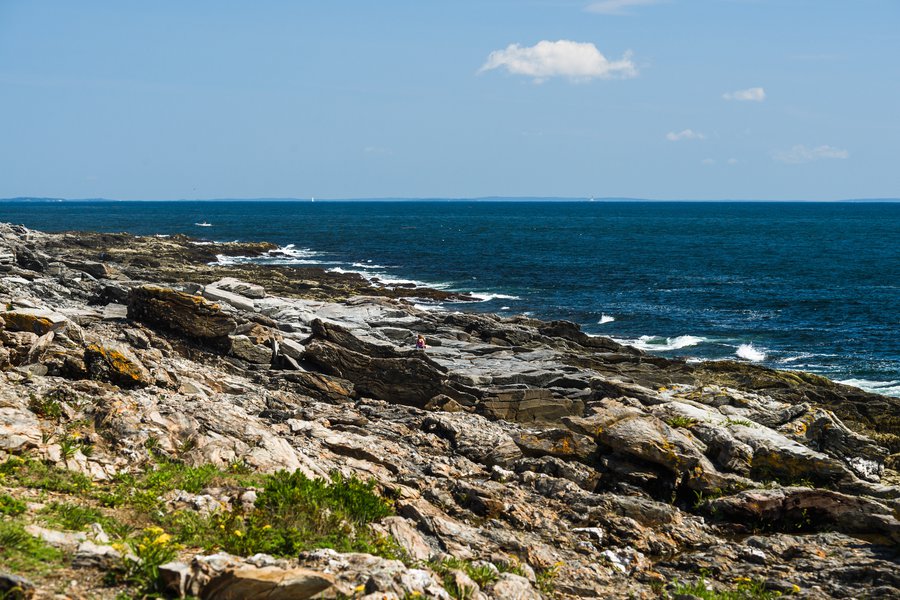 Walk had a lobstah roll (not quite as good as the Bite Into Maine ones, he says), and I had delicious GF Lobster Stew. Basically, cream, salt and lobster. Oh, and a lot of butter. 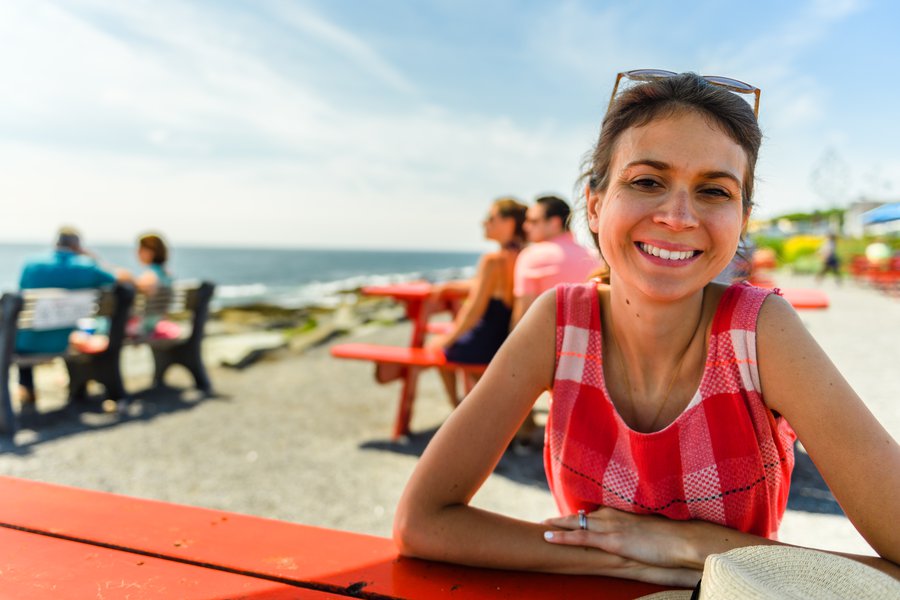 Our next stop on the Beautiful Maine Weekend Whistle Stop Tour was Kennebunkport. We met up with a large gang of family members for a walk around town. First stop was a local cafe for coffee (here's the back of the shop), 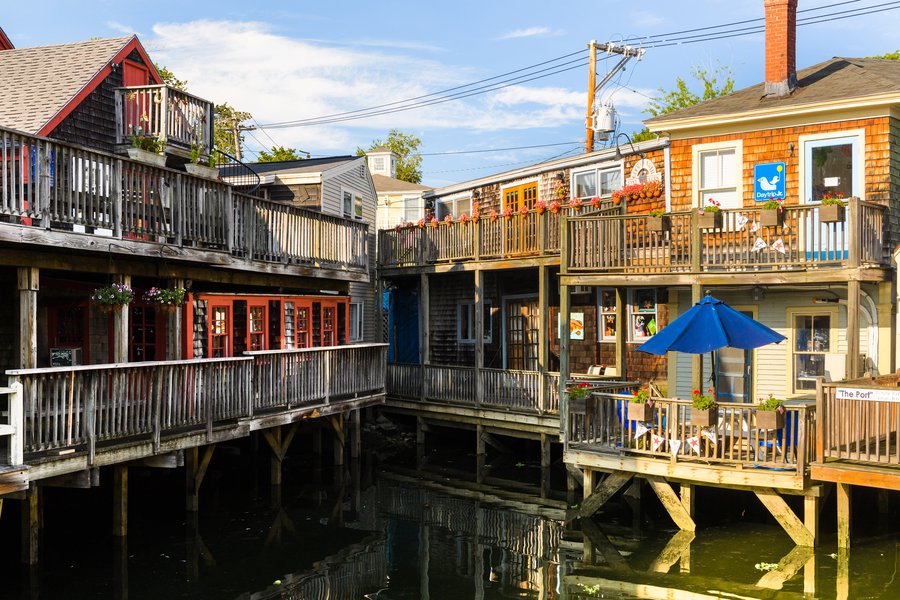 and the second the new-to-us Rococo ice cream. Walker's goat cheese blueberry chambard was outstandingly delicious, as was my salty sweet cream. And they were so friendly and helpful, despite long lines. 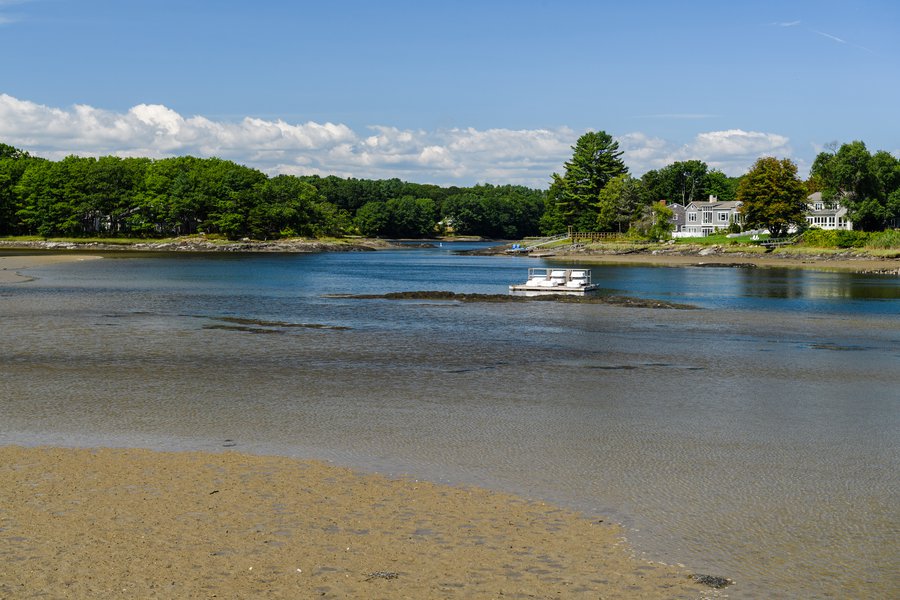 Lassoing a family of 30 people for a walk was challenging, but we managed quite a long walk from the town down Ocean Ave, admiring the river and pristine houses. 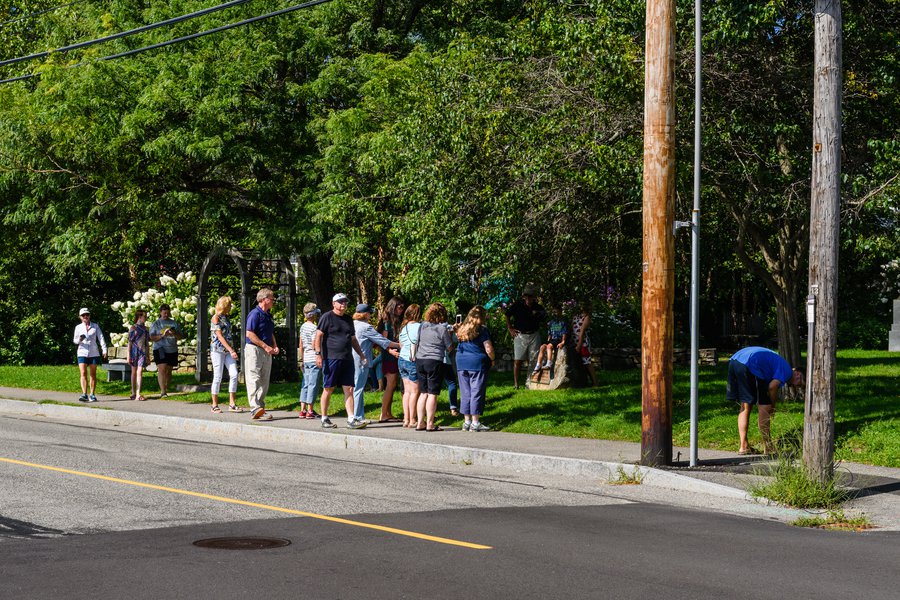 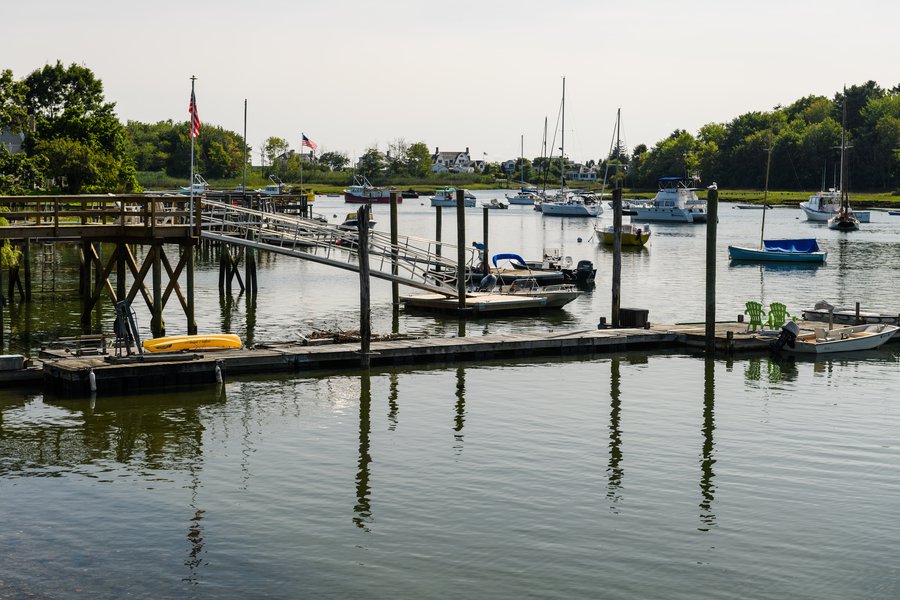 We learned from a local woman walking her dog alongside us that this is the oldest yacht club in the States. 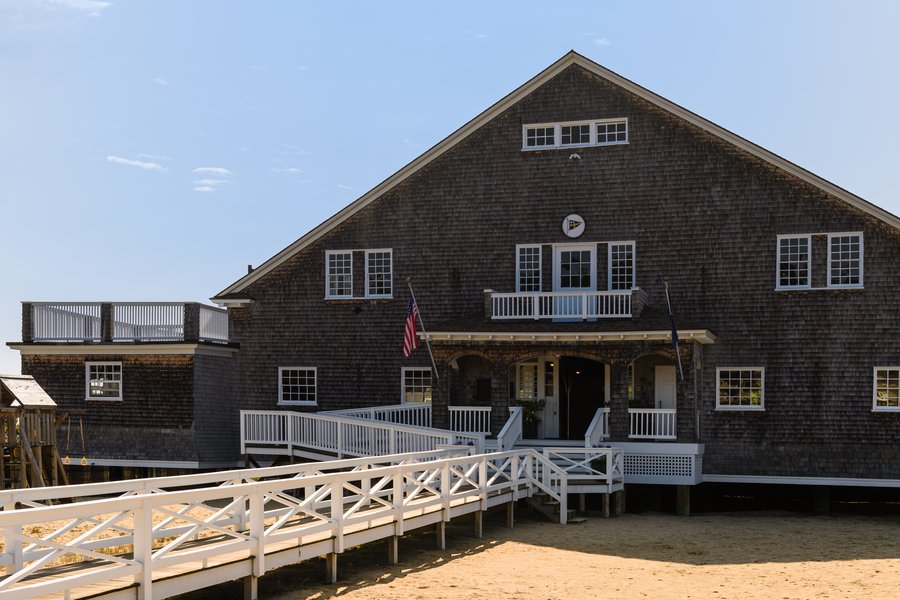 Most of the family stopped at the breakwater here (our true destination for the walk), 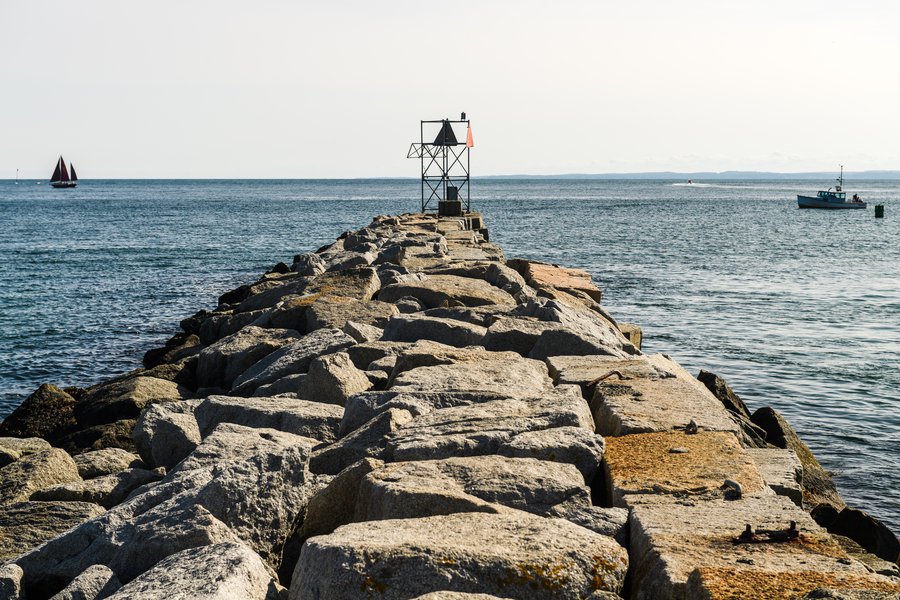 but at the encouragement of our local 'guide', Walker and I continued to the quiet St. Ann's Episcopal Church for this view 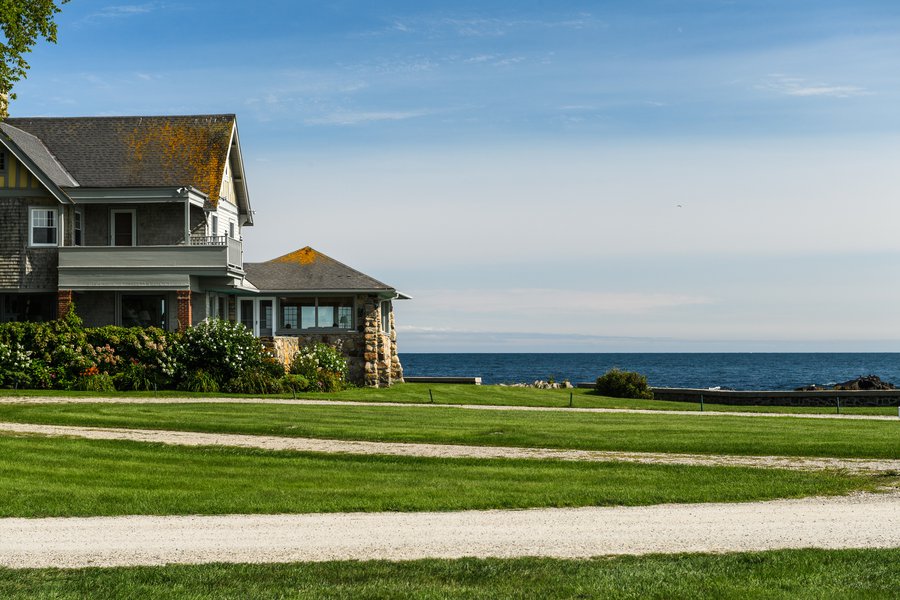 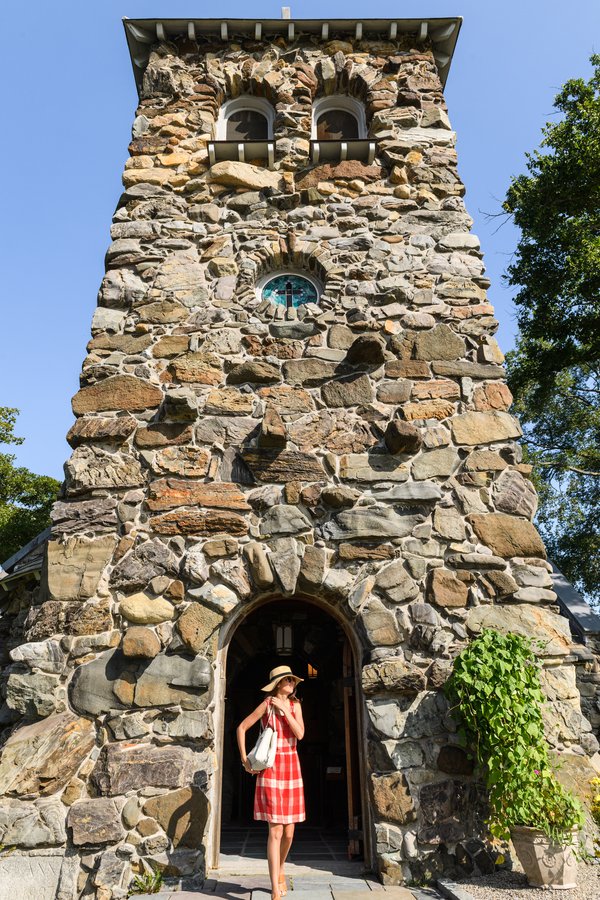 The flowers were exuberant. The buildings crisp. Everything felt so free and fresh. 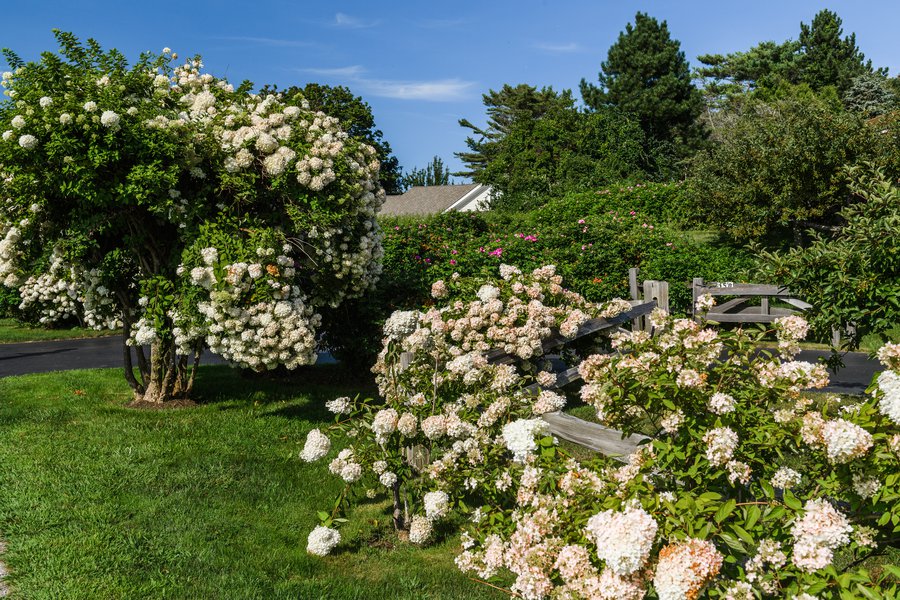 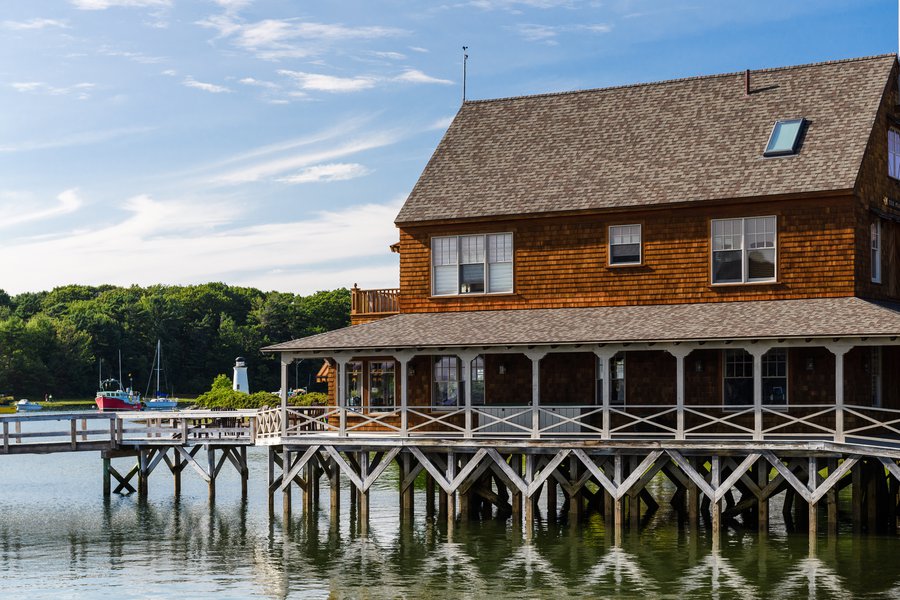 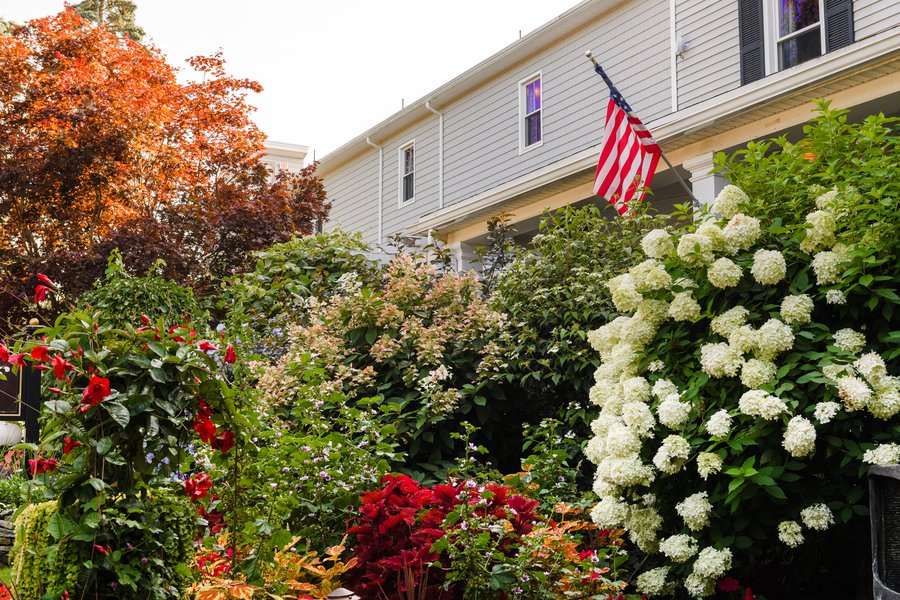 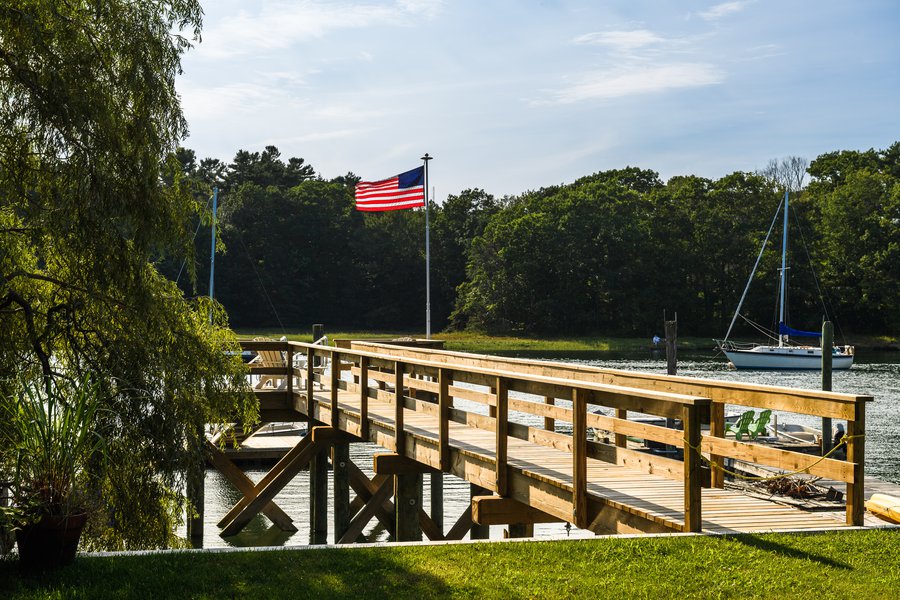 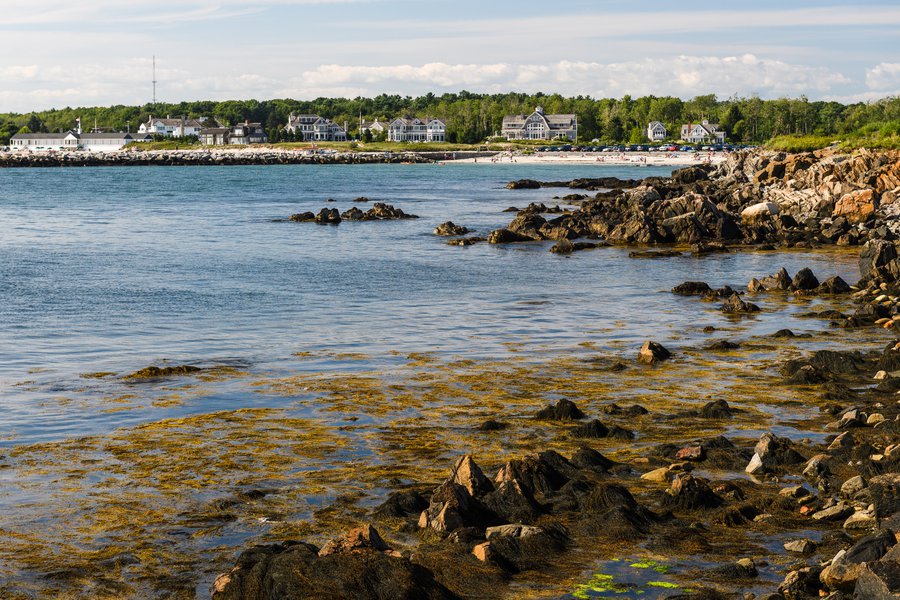 We wrapped up the jaunt with finding, again thanks to our local guide, a secret garden dedicated to Barbara Bush, with replicas of her Keds and books. Darling. 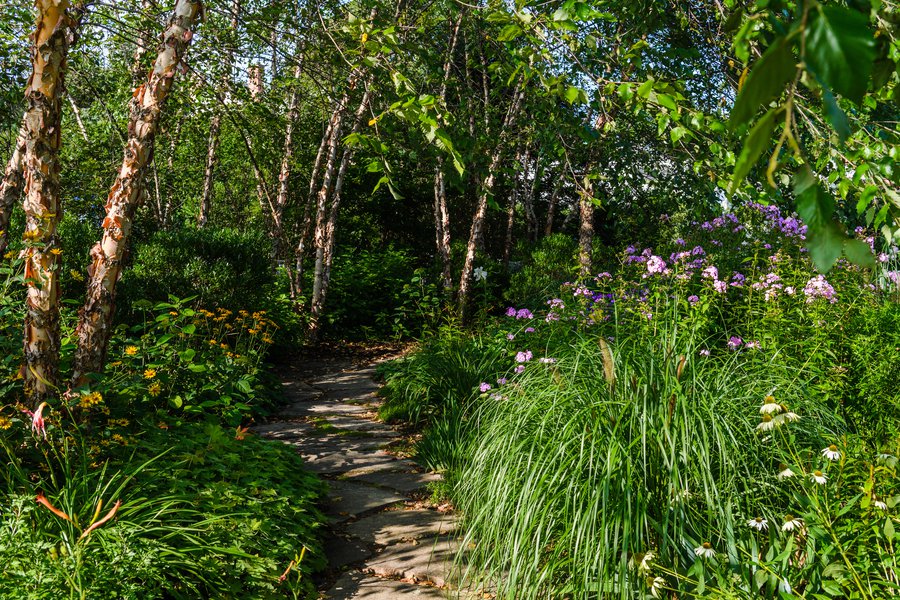 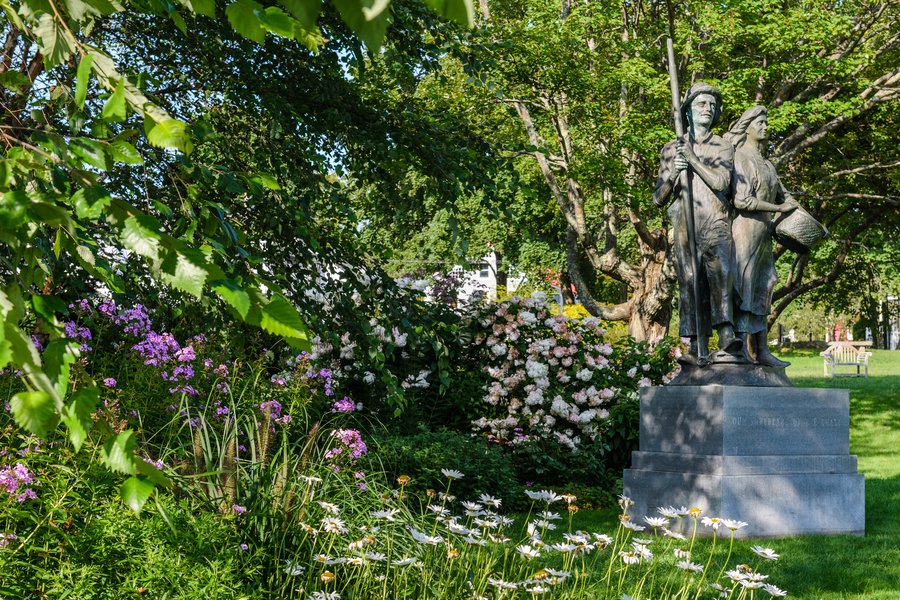 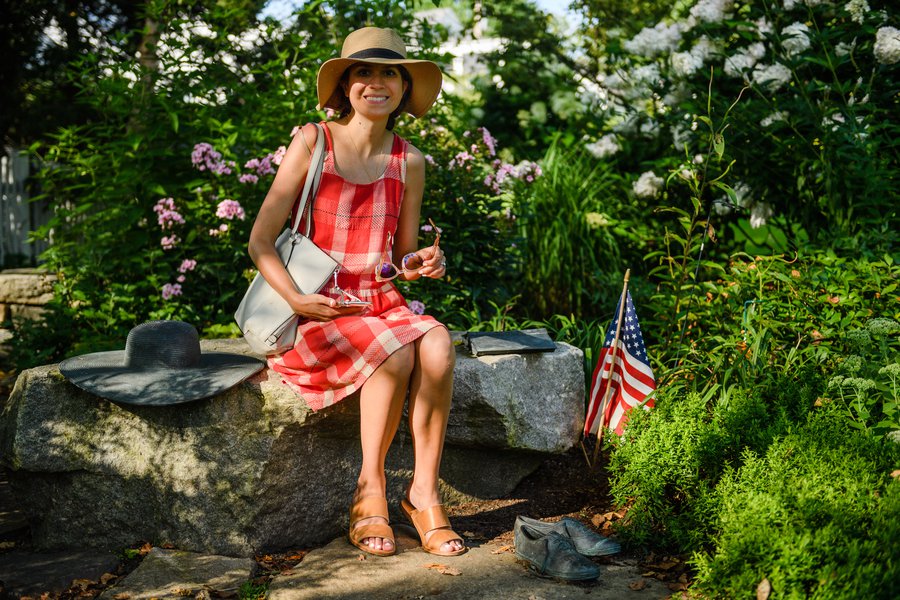 Next up, Portland and the beach!

This post is part of our Maine trip from August 2018