It sounded so idyllic, popping into a picturesque small Dutch town, to get away from the hustle of Amsterdam. 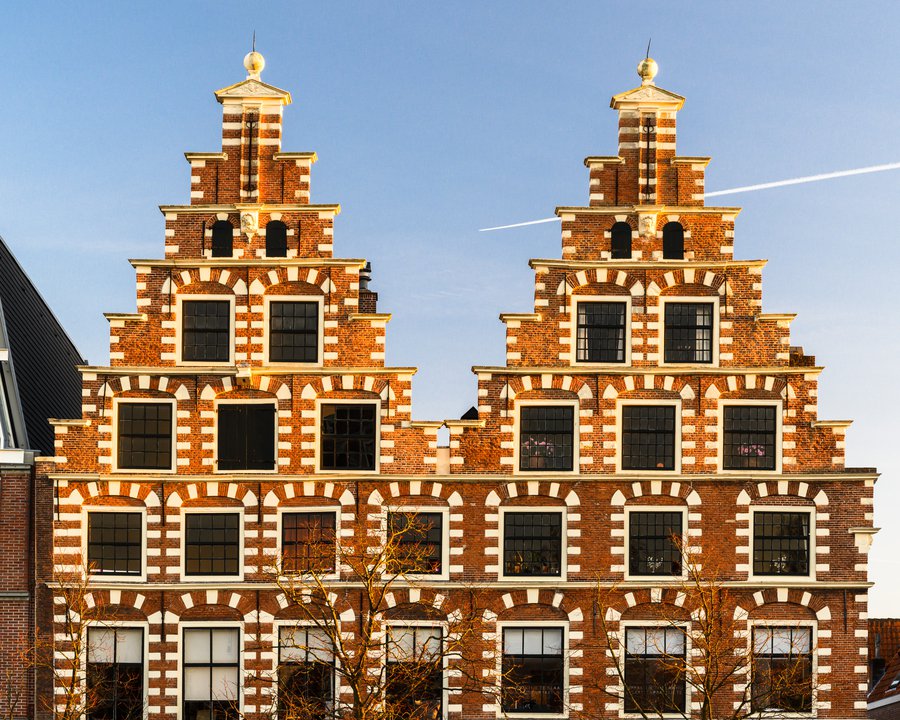 And, it was! (Caught ya!) When we had (non-)planned our stay in Amsterdam in February, we hoped for a bit of extra time outside the city. Luckily for us, we met a Dutch couple in Finland who gave us insider recommendations to visit either Haarlem or Bloemendaael an zee. So, with one final afternoon to spare in Amsterdam, we squeezed in a cab hoping to make it to the closer of the two, and grab a lunch of pannekoeken (Dutch pancakes). 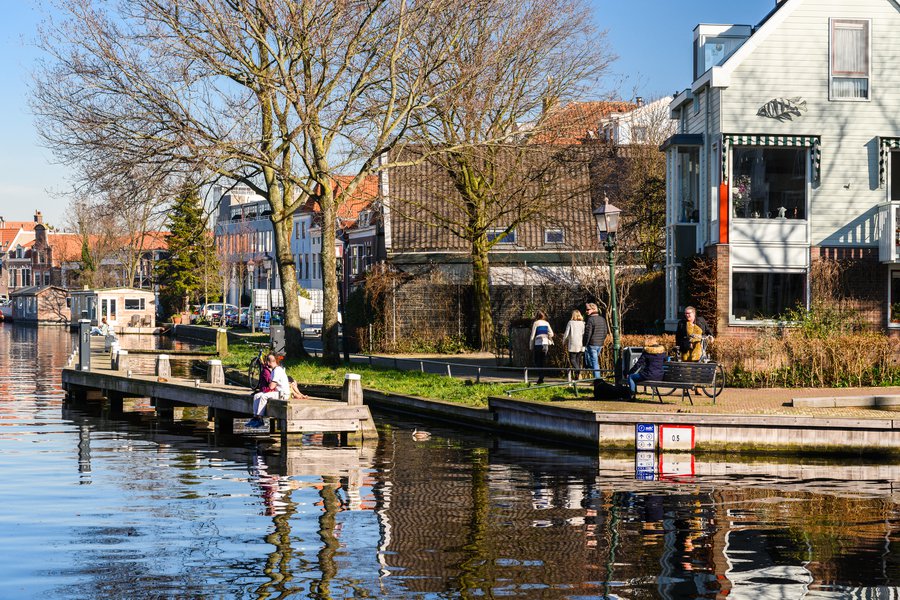 Our error was the latter wish, as it turns out that all the pannekoeken places opened in the evening, and we were hungry for lunch. Still after hitting roadblock upon closure on the pannekoeken front, we saw a little windmill restaurant, Zuidam, from the car and walked over for a basic lunch of soups and sandwiches, among the quacking ducks from the river. Honestly, the mother duck fussing over her ducklings on the patio is almost all I remember. 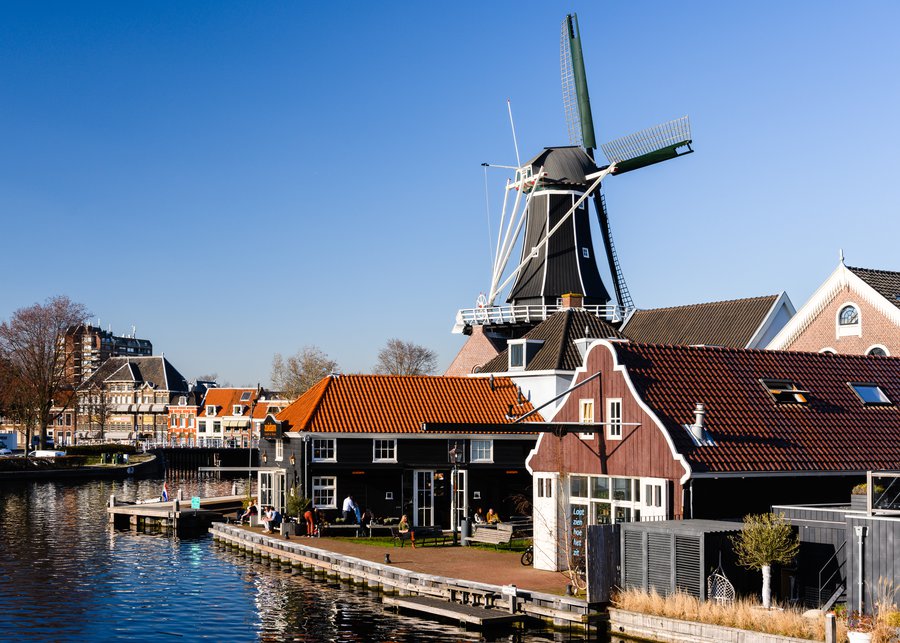 From lunch, we just walked those very quiet, baked brick streets, that orange light falling through some and avoiding others. 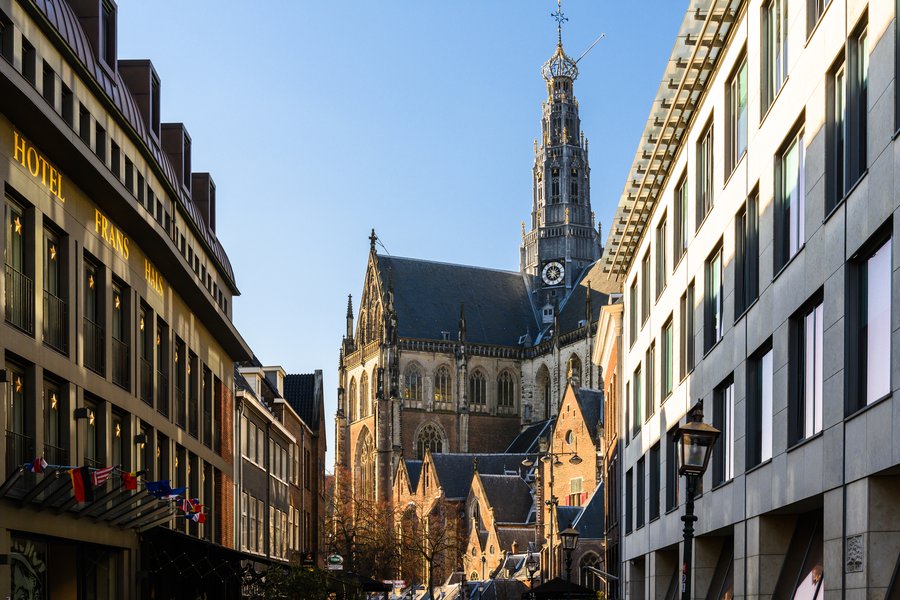 The whole city felt like concentric blocks building into the large cathedral at the center, the Grote Kirk. It's history was fascinating as it had changed from Catholic to Protestant hands during the Reformation, so was an interesting mix of grandeur and simplicity. 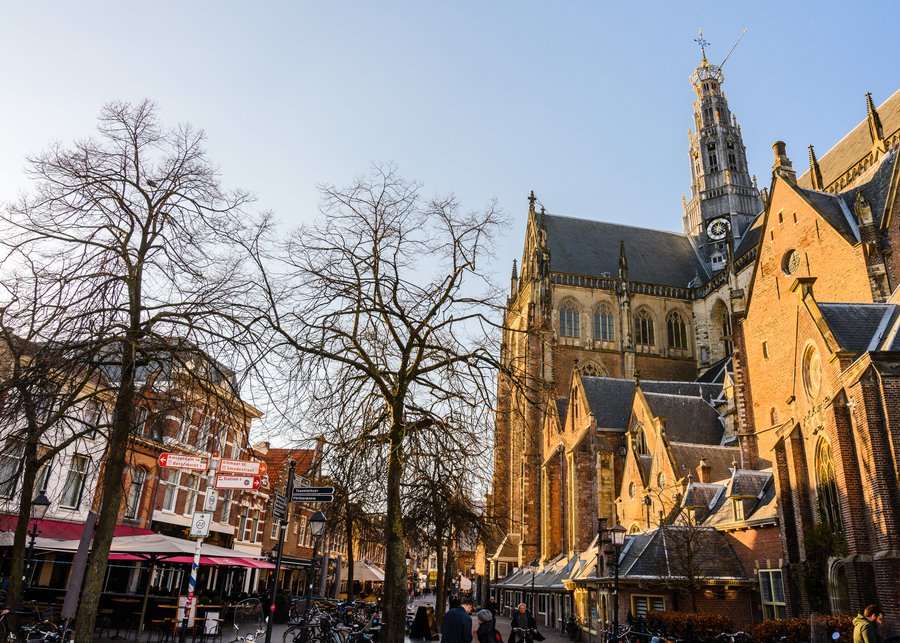 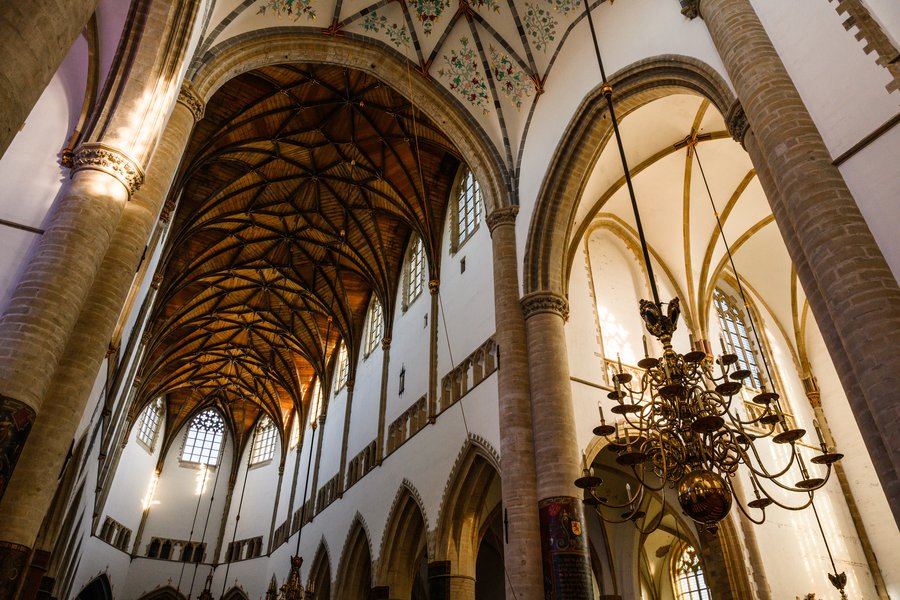 The intricate wooden roof felt like the perfect balance, and truly took my breath away. 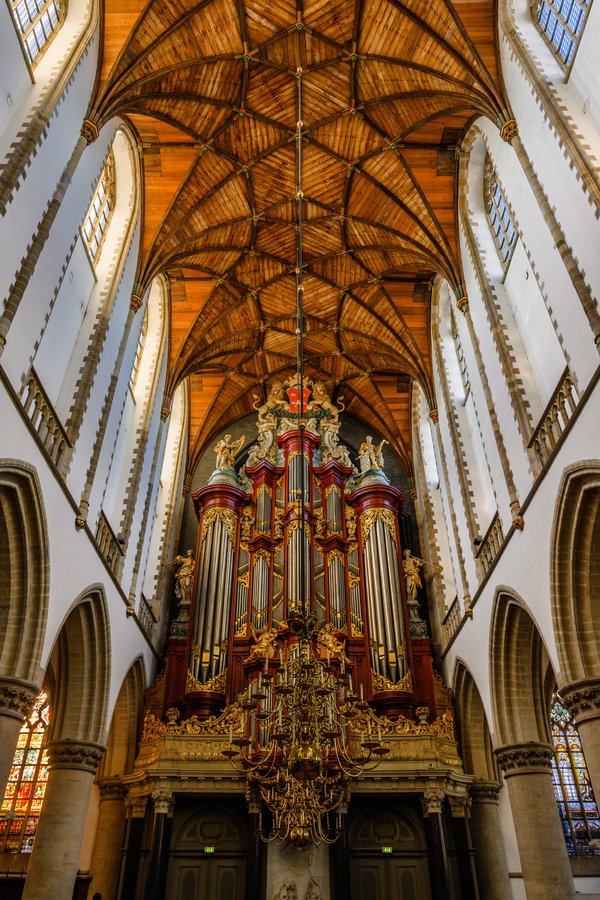 The church itself was in a bit of disrepair, and under renovations. Clearly the center of town hundreds of years ago, it now felt cold and damp. But the warmth came from the gift shop attendants, two kindly ladies who took it upon themselves to give us the name of a (not open yet) pannekoeken place (failure yet again!). 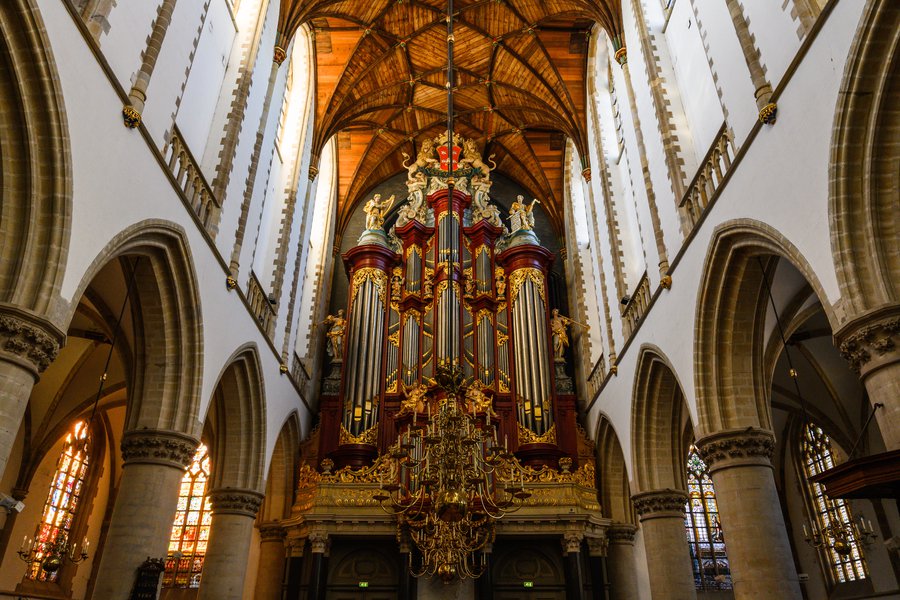 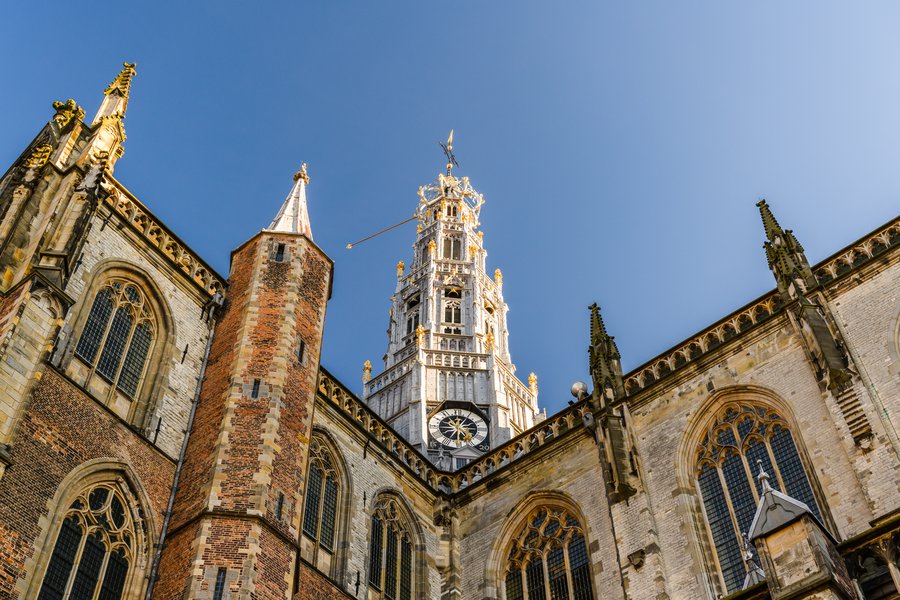 The city was relaxed when we exited the church, the early spring warm glowing the town square, 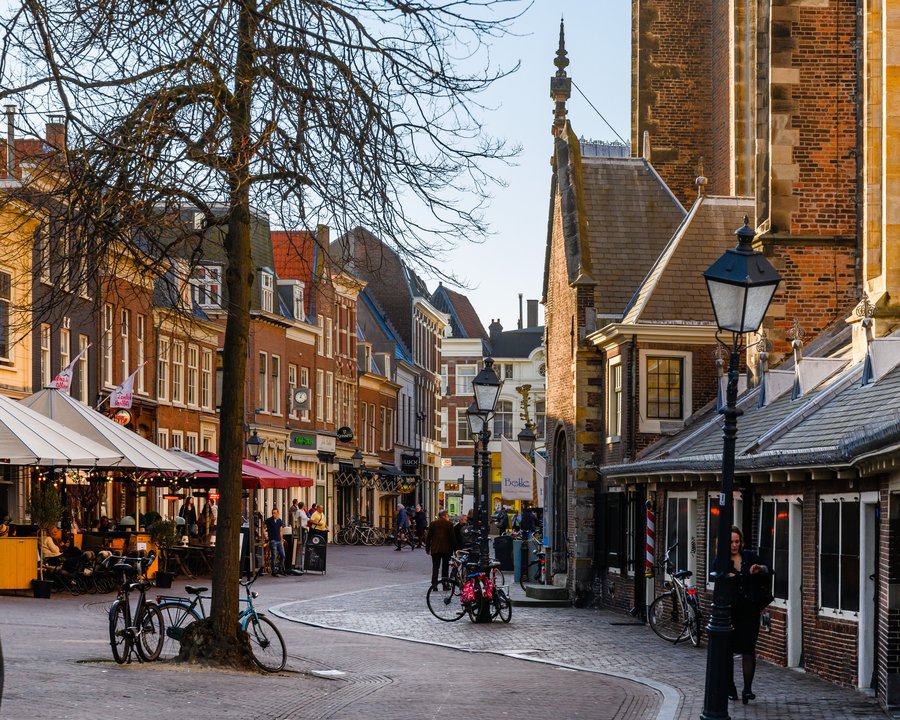 on this mid-afternoon. I did wonder why everyone was out of work, and then remembered this is not NYC. 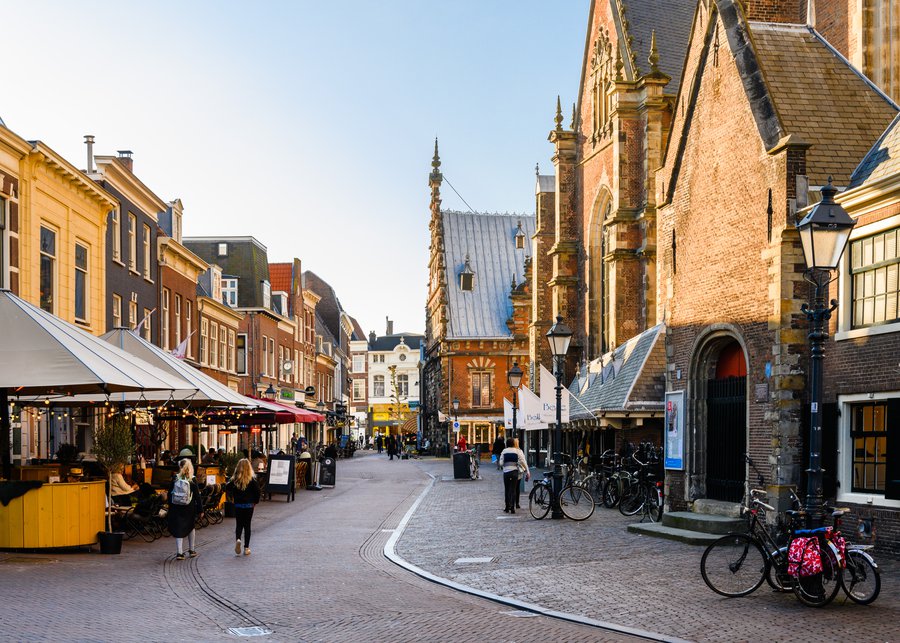 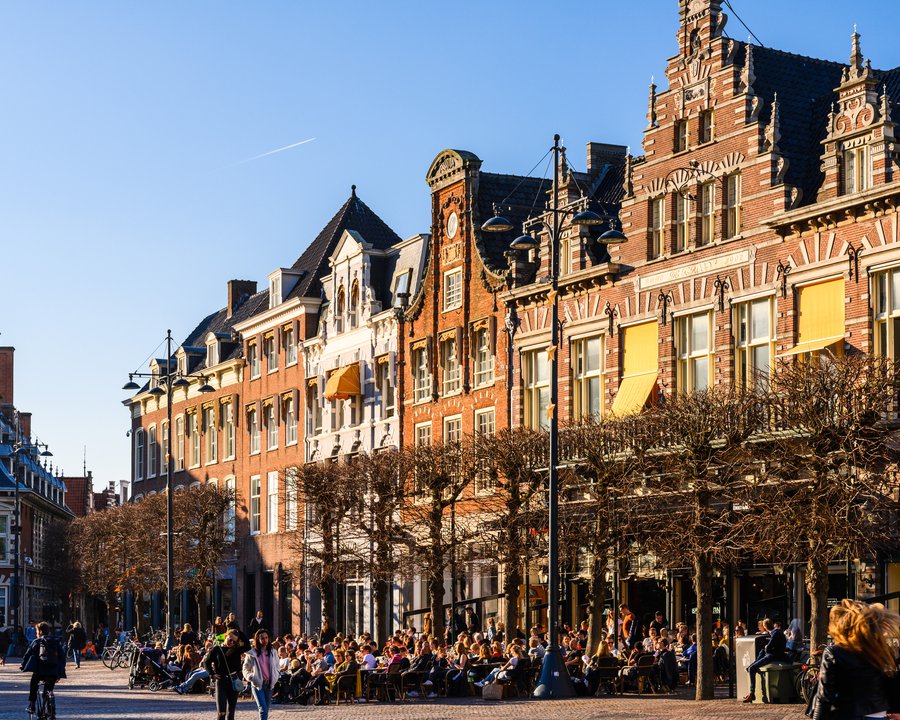 The square was chock full of people with sunglasses and beers. 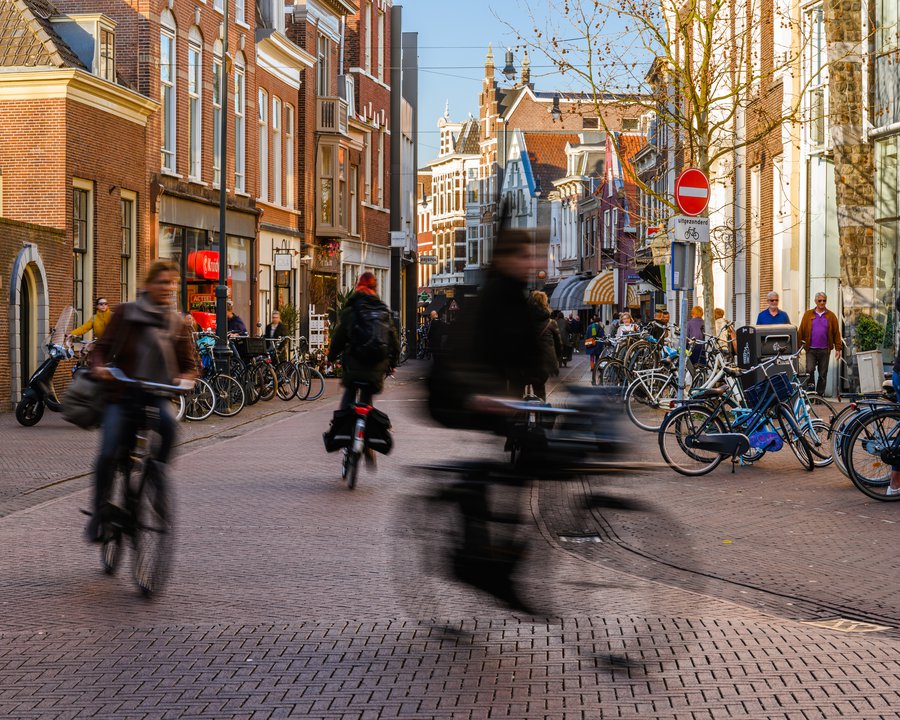 Finding no open seats at any restaurant in the square, we ventured out, back toward the river, where we contented ourselves on public benches, with the Dutch painting of real life around us. 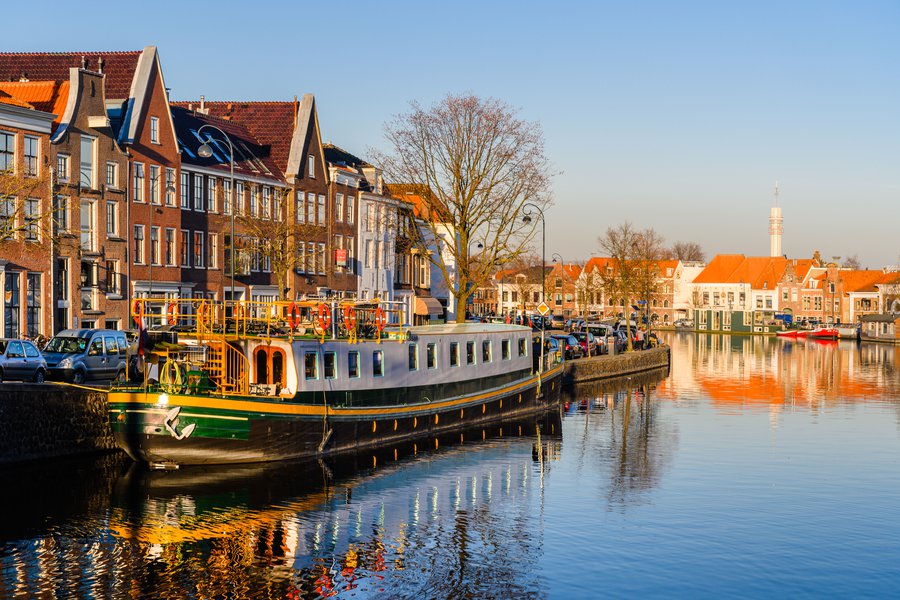 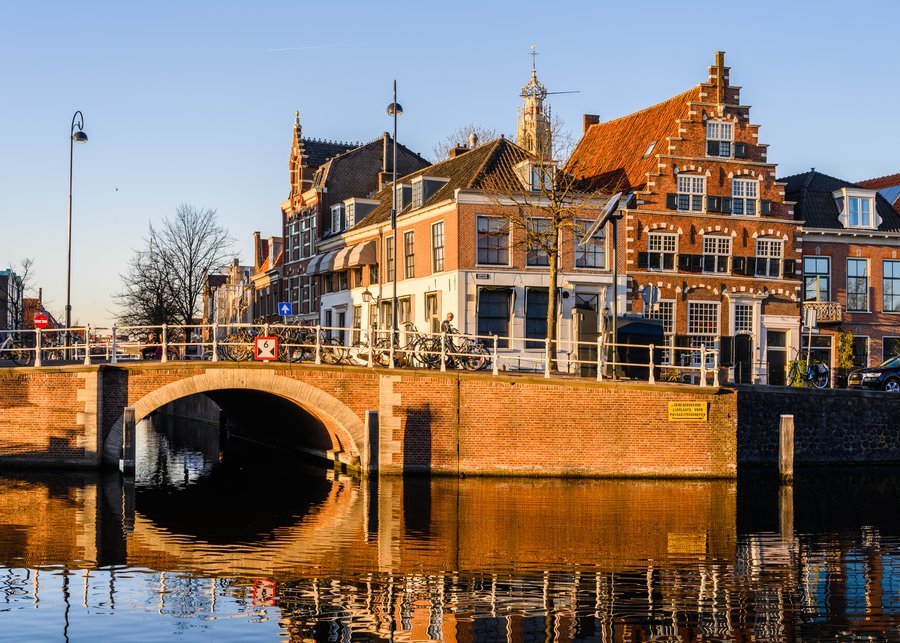 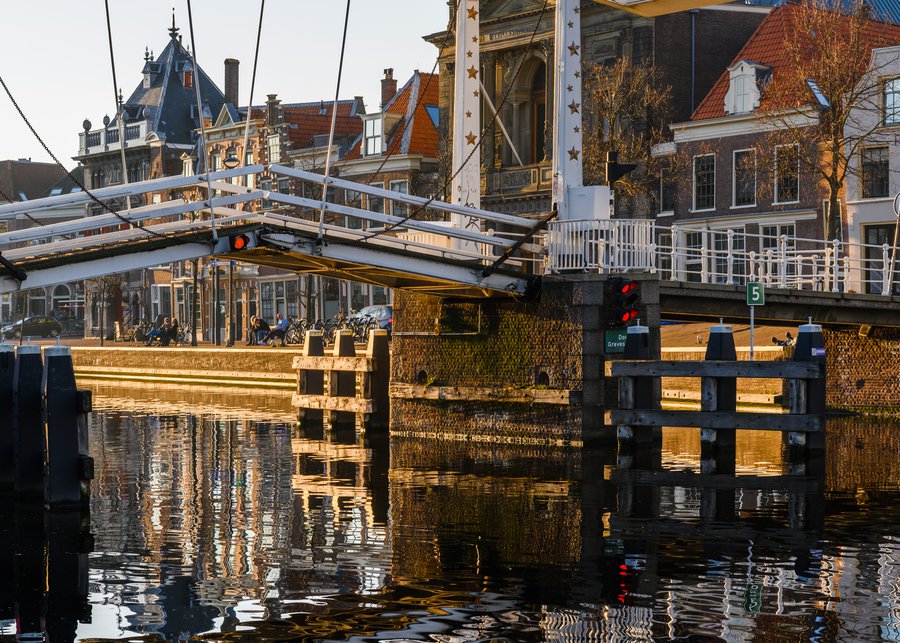 I mean, the light just made everything glow, and emit all its colors, as if they flowed from inside the heart right out to the surface. 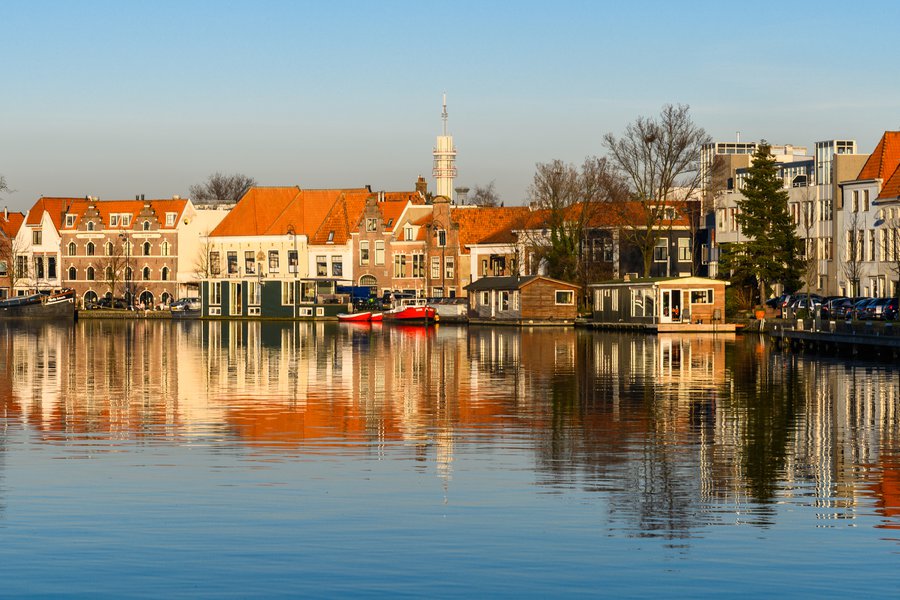 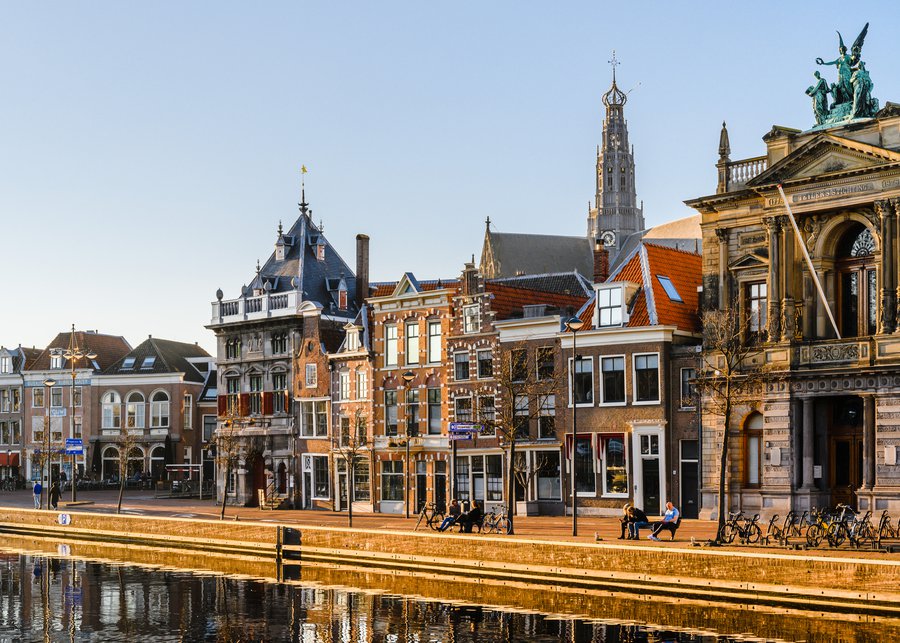 It was just one afternoon, and we found no pannekoeken, and we ate mediocre sandwiches, and we walked through the inners of a damp, old church, and yet 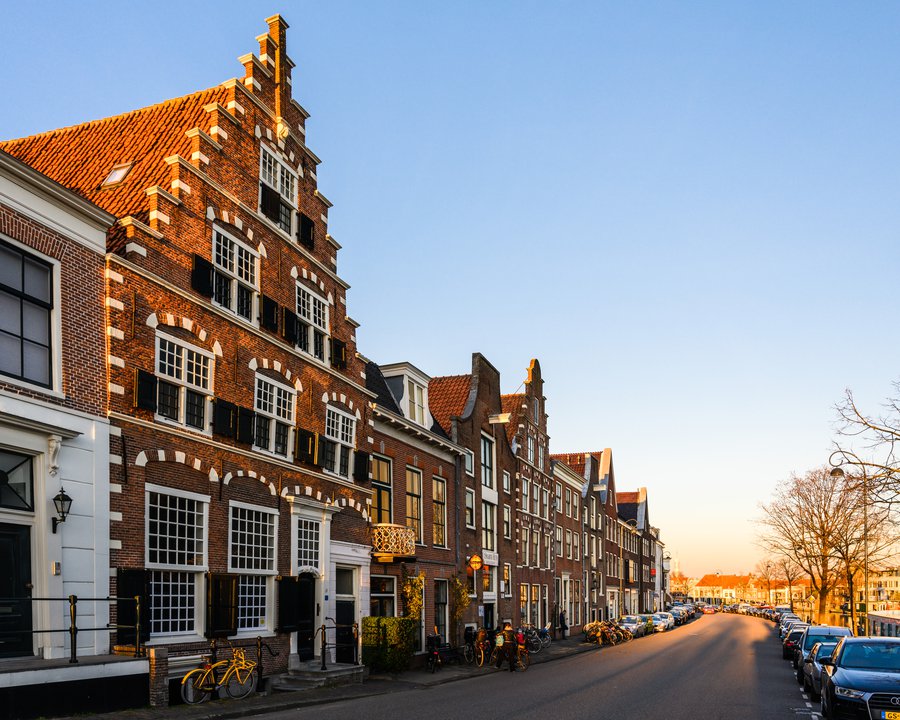 what I will remember is just sitting, waiting just a few more minutes, to feel all the glow of the sun we could, 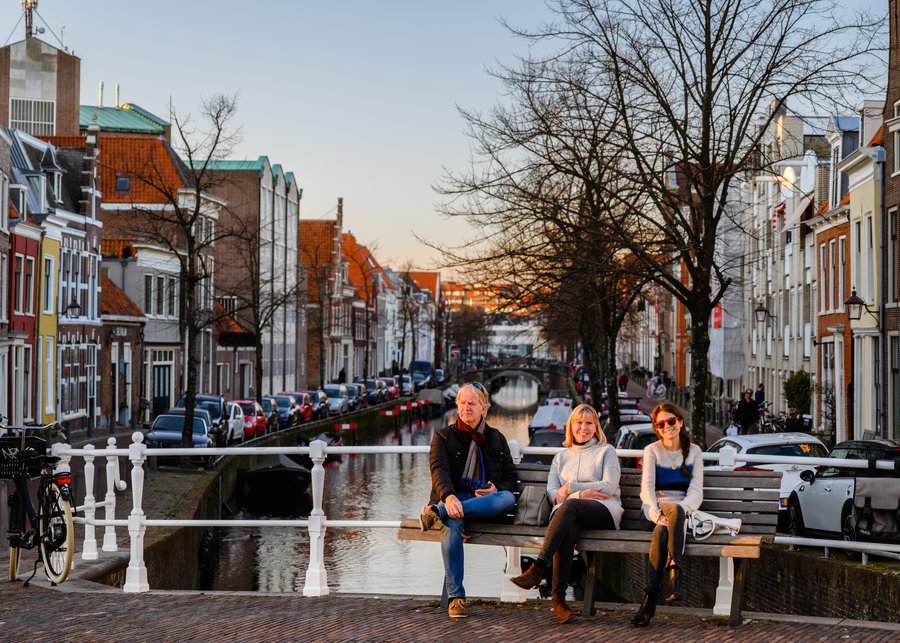 and Walker, searching for shots, the commuters passing by from all ways. 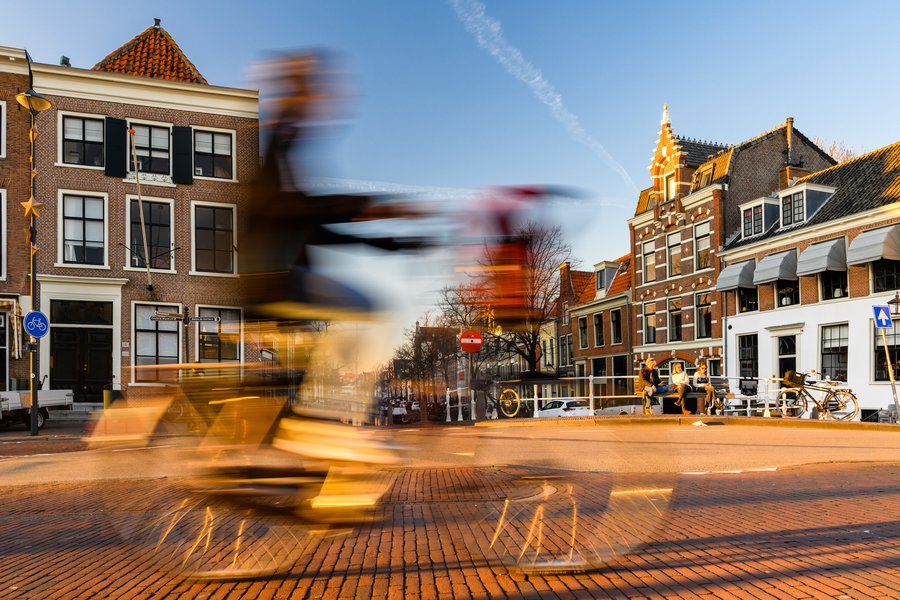 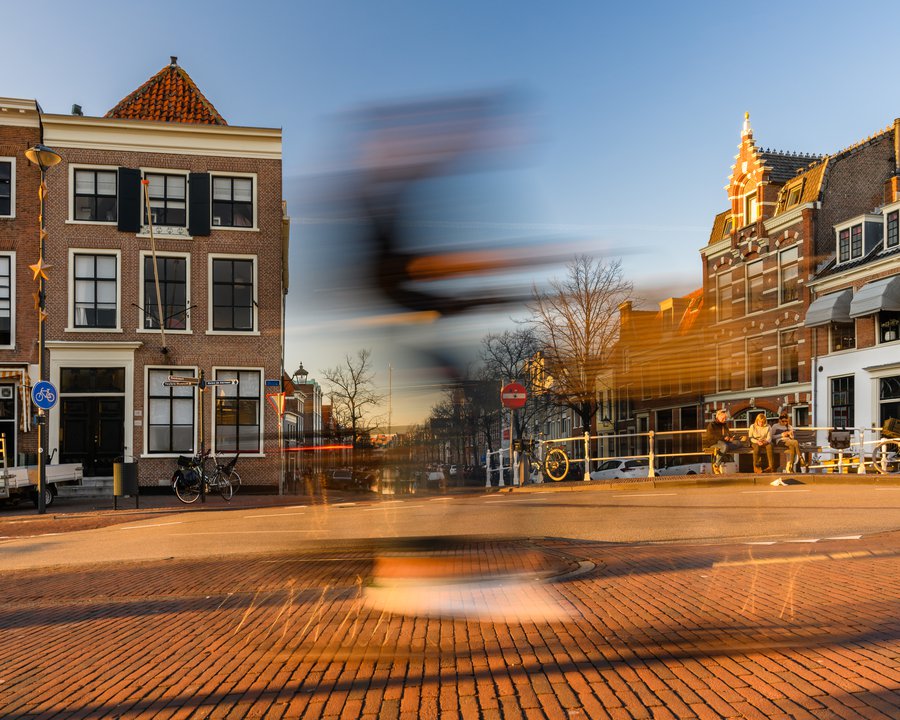 What a beautiful world. 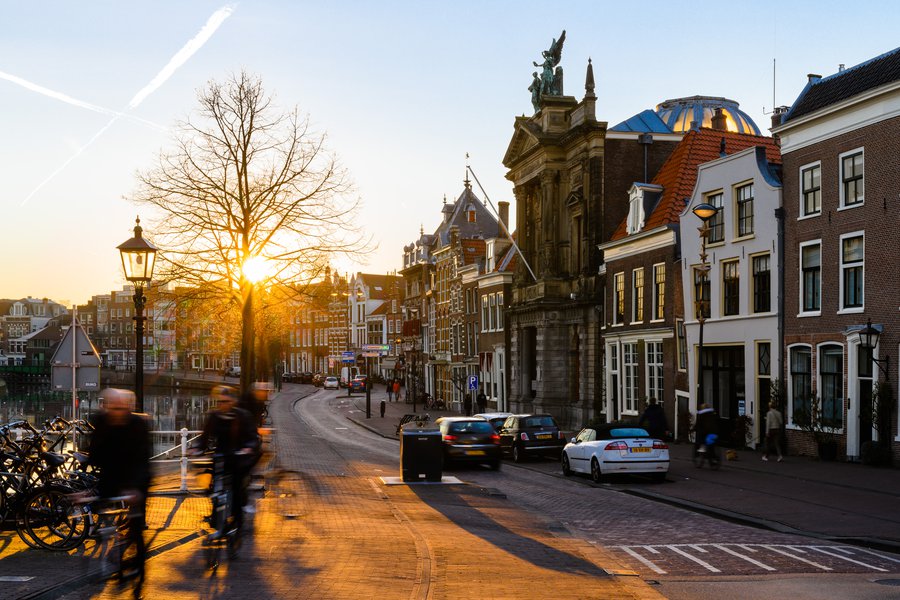