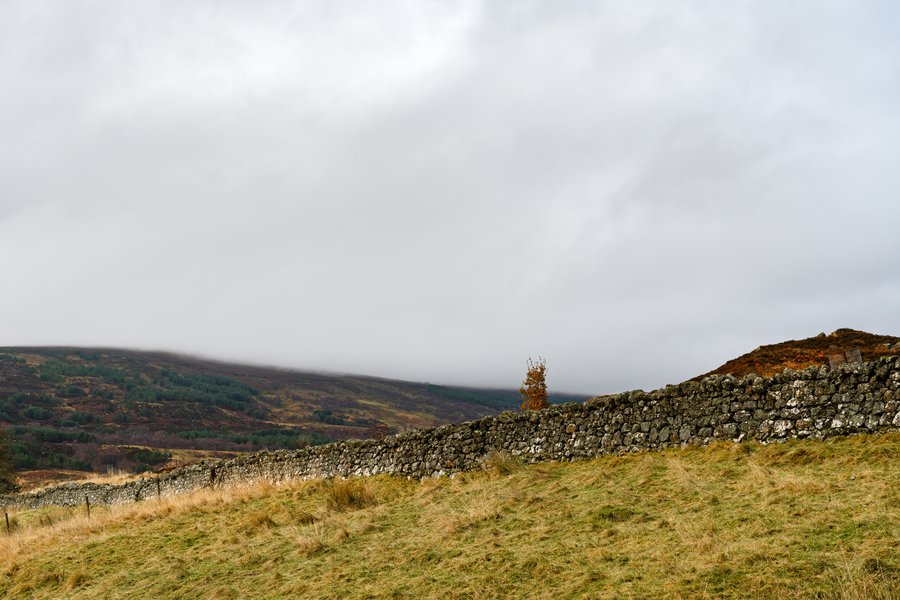 During our stay at the blessedly peaceful Alladale in the wilds of the Scottish highlands, more than 3 people (which was most of the people we saw) recommended a visit to the Croick Church, which was just an hour walk over the short hill. 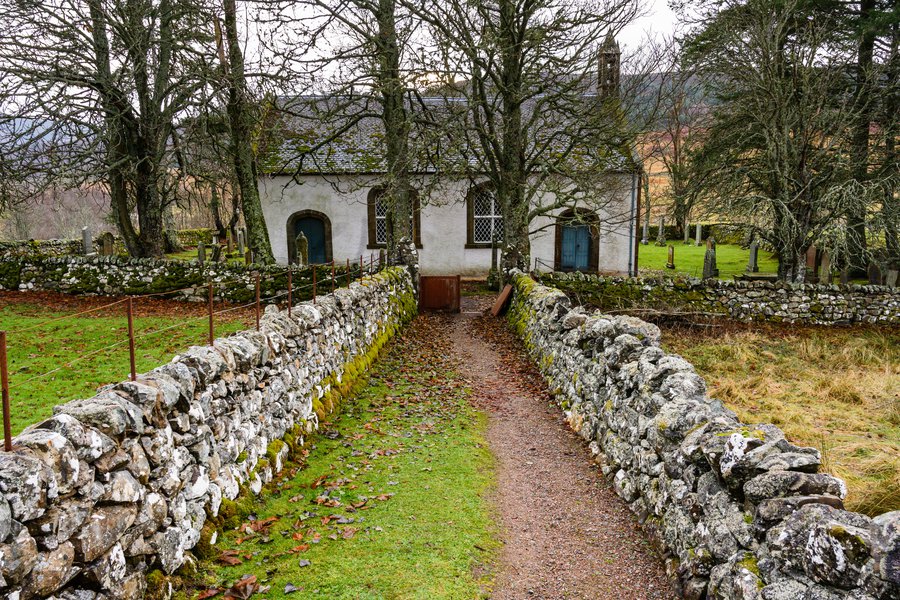 We planned to visit on our last morning, but the damp had saturated the ground, so we drove around instead, to find the both the coldest and most serene church we have ever discovered. 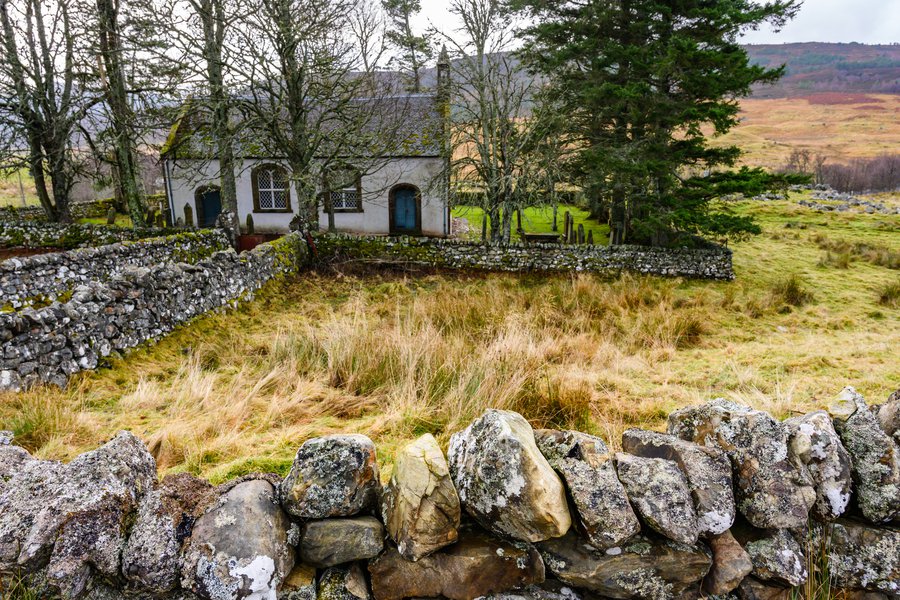 Only used occasionally now, the church, built in the 1820s, is noted for being the location of a famous standoff between landowners and tenants during the Scottish clearances in the 1840s. Many of the tenants (about 80 they estimate), who were being forcibly removed from land their families had farmed for generations, camped here in the church yard, scratching their names into the glass as a memory of the hard times. It was covered by London papers, and the stories of the squatting we read inside the church were very, very moving. 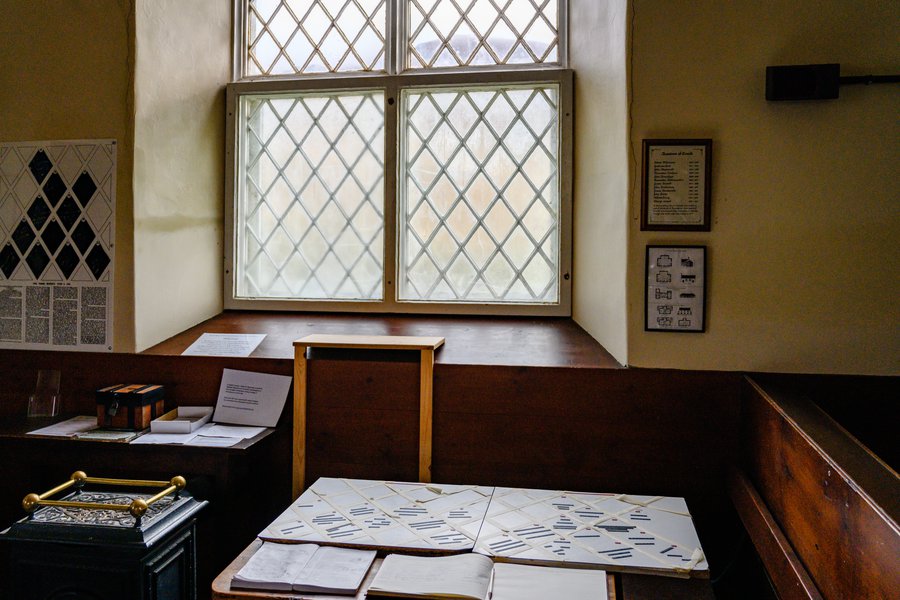 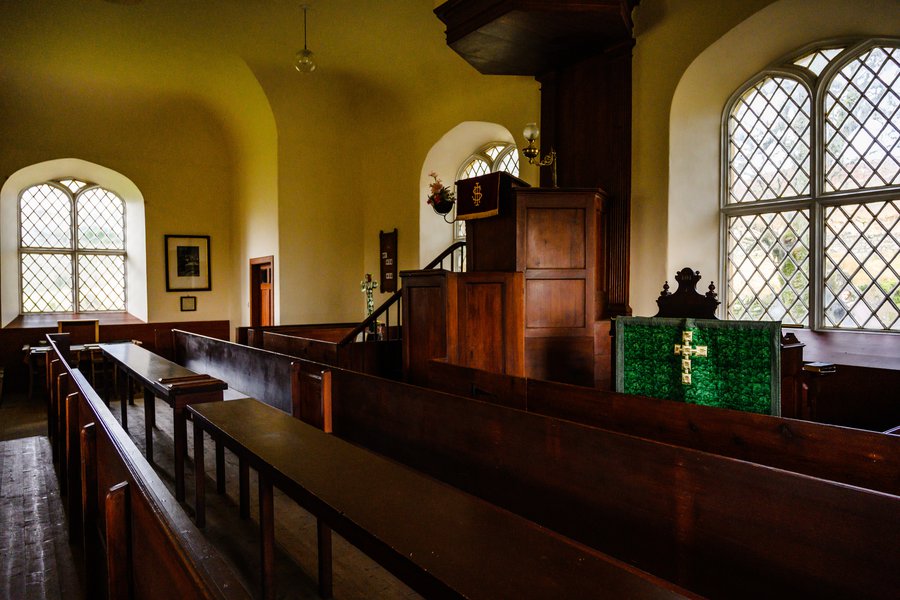 The church was unheated, and I was surprised how much warmer it was outside than in the church. 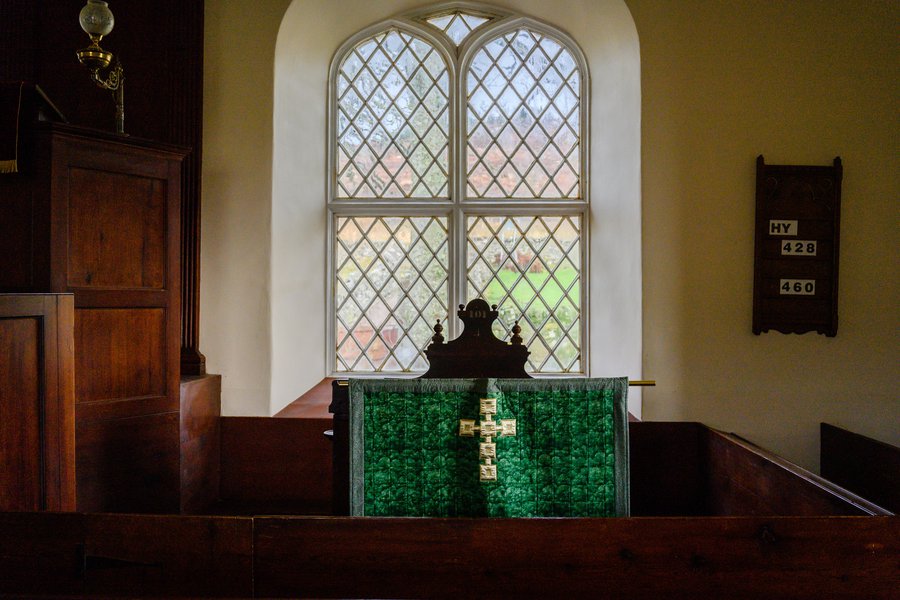 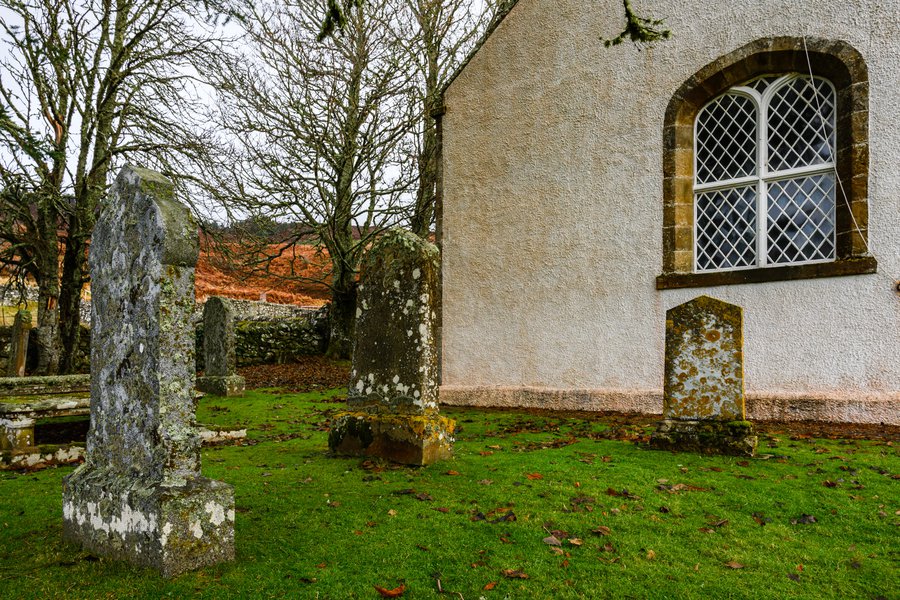 We left Alladale filled with the bounty of fall colors, and headed back south toward Inverness, 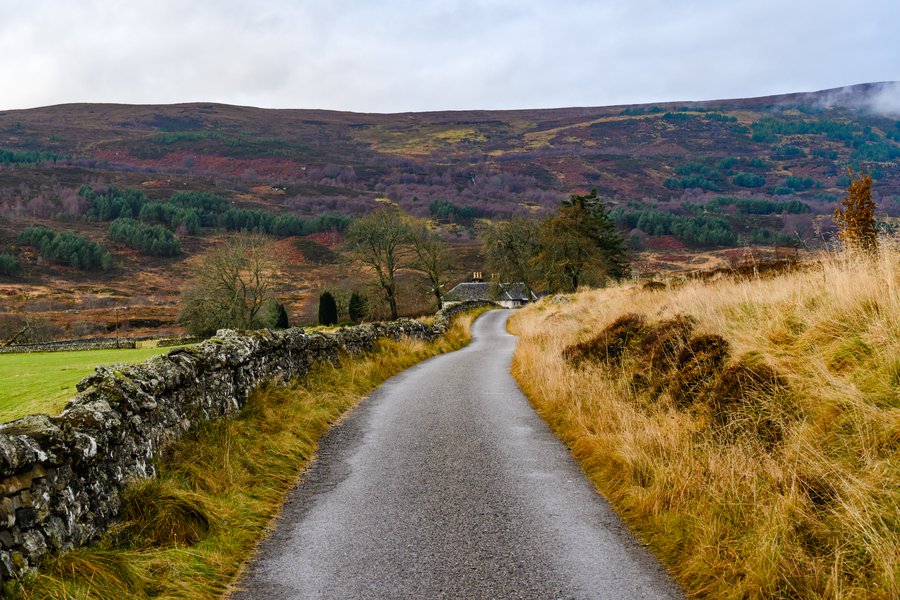 along roads quiet and empty. 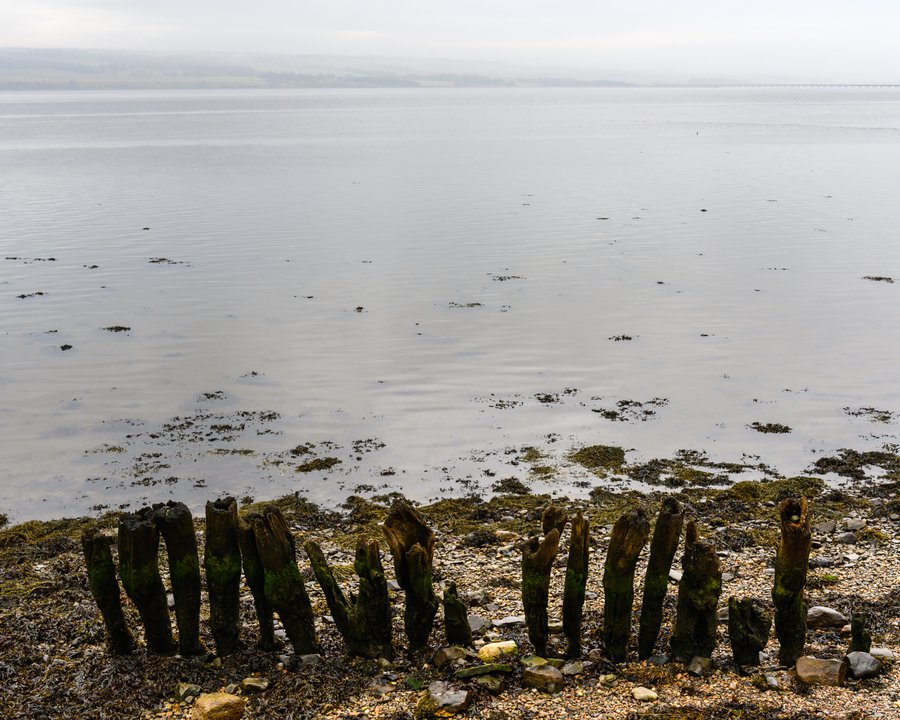 We stopped for a scone snack, and some cheese and crackers at The Storehouse, where we had stopped on the way north to Alladale. Its position on the sea was at once peaceful and a strong landmark in an otherwise fairly empty stretch of 'highway'. 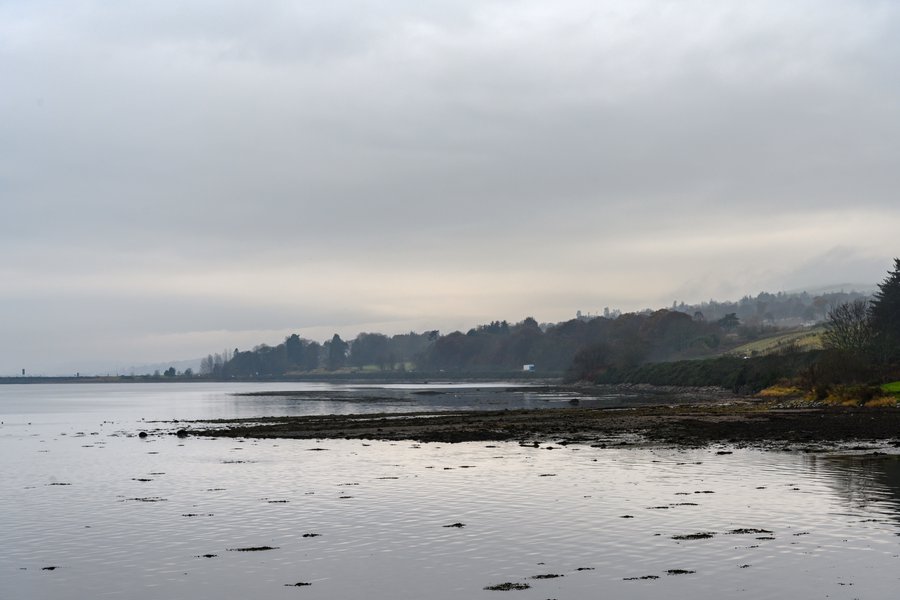 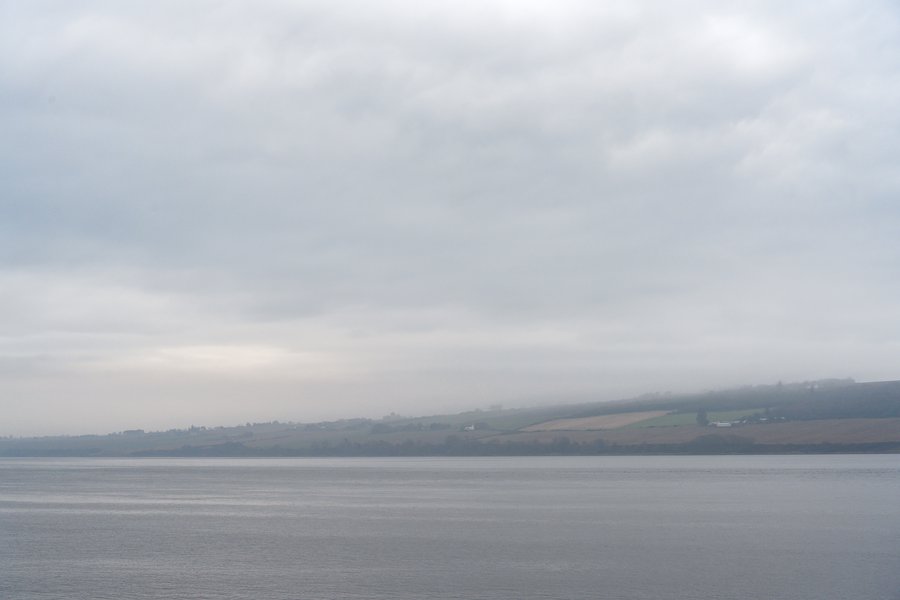 Those tones, where the sky and the sea meld, rejuvenated our souls. 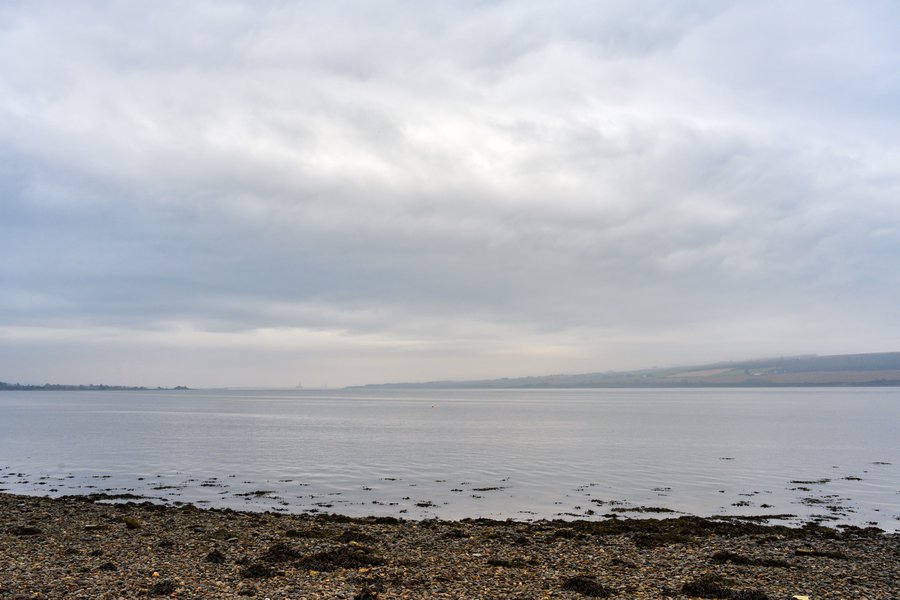 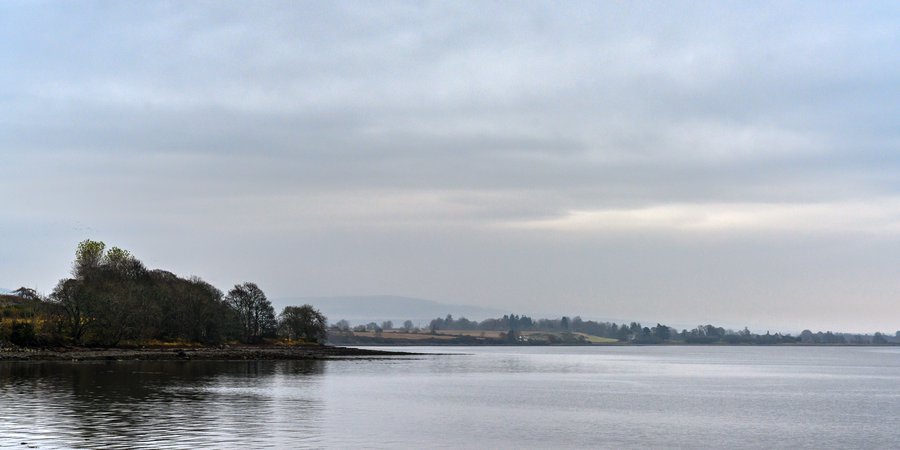 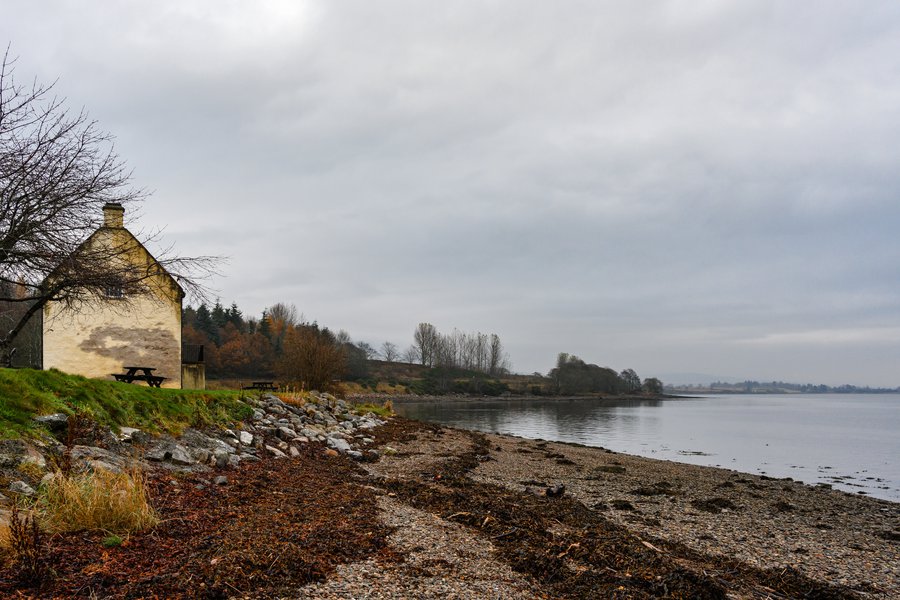 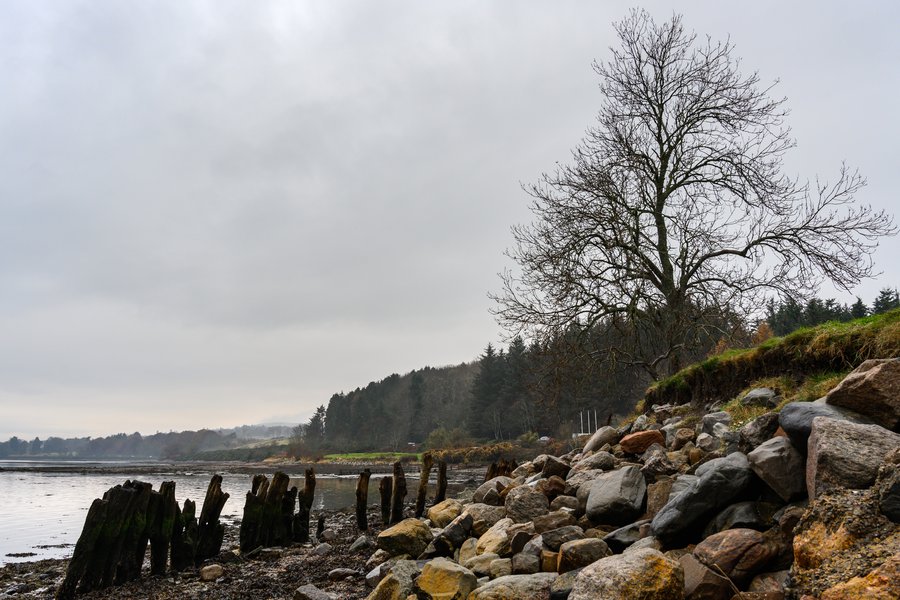 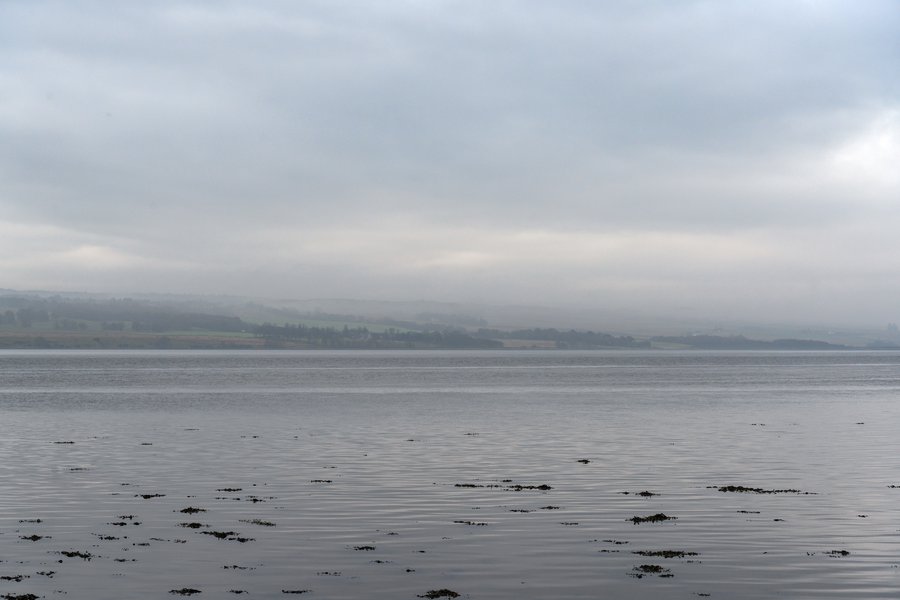