All I wanted was a real person; I already know, automated message, that your answers wouldn’t be answers to me. Today could’ve been better. I found out my visa will be much more dicey to obtain than I thought. I spent hours being routed and re-routed on embassy and consulate web sites, calling numbers with an automated directory. Embassies refuse to have the “press 0 to speak to an operator” option. Losers.

But, today could’ve been worse, and it wasn’t. We are happy in everyday life, and we no long count days until we see each other (I admit, I do still count hours when he’s out). The sun was shining. Although that sounds proverbially normal, it hasn’t been of late. The air was clear and autumnal and it made me giddy to walk past fallen apples and late roses.

Walker and I walked around town acting like tourists for a few hours today. We bought postcards and local cheese and the softest bread I have ever had the ecstasy to bite into. It was like angel food bread, with toasted sesame seeds (happiness!). And we laughed and chatted like pals who haven’t seen each other in years, except, it had been a few hours. 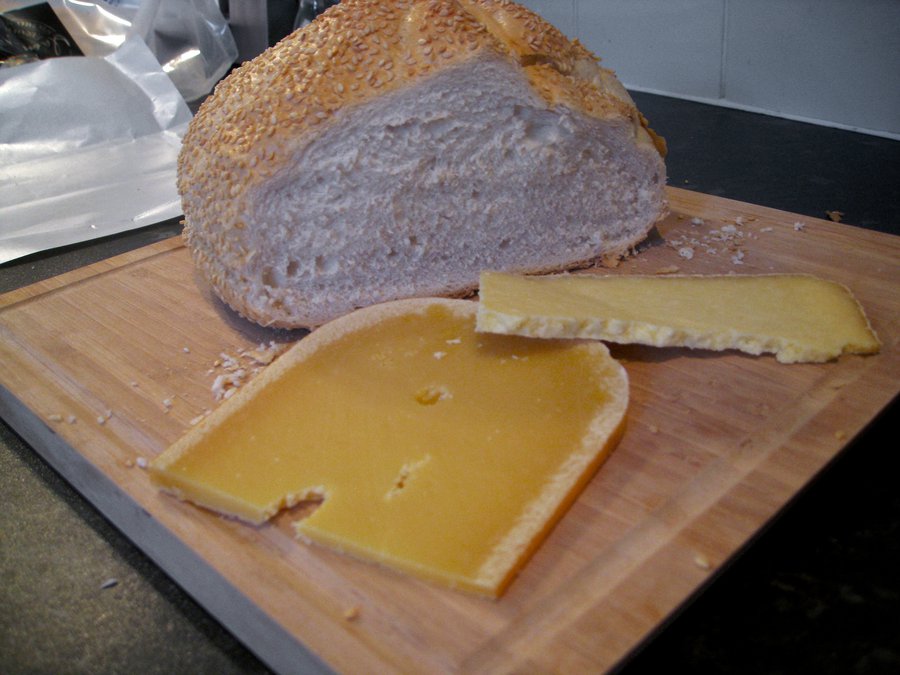 And since we’re adults, we ate nachos for lunch, the pseudo-American kind with creme fraiche instead of sour cream, and sweet salsa. We ate them on our first unofficial date, and I wrote to him later that I was self-conscious about it (from 2008):

(By the way, how cool is it that I can be sitting at my computer smiling at the screen! For some reason, that strikes me as odd, though it's not). And, no toleration was involved yesterday; I loved every minute of it. [which means, of course, you totally intrigued me and I like you a whole lot.] Toleration would be you watching me jump up and down in the cold, and then rip nachos to shreds.

No mannerly caution anymore, folks! We’re ourselves, me digging in and messy, and him eating properly with a fork. A fork!

Best of all, we mailed off two pieces of paper to New York City, telling a woman in an office that we will accept her company’s offer and Walker will come to work for them next year. NYC, here we come, baby! And, man, am I excited for the city and being near home and being able to have a classroom of my own (I hope!). I really, really can’t wait for American seasons and tastes and ardor for life. But, for now, thanks to my visa, I’m on holiday in a coastal town in Scotland.

We celebrated the acceptance with fish ‘n chips for dinner. There is just something so satisfying about crisp, oily coating over local fish and potatoes. Mmm-mmm. I’d say we gobbled it. That and a day that was utterly lovely, a gift of perfect weather and celebration. Today could’ve been a lot worse. In fact, I really don’t know how it could’ve been all that much better.