Most of my life is too organized, a short-coming that often hinders serendipity. So today we let go. We didn't organize every attraction we'd see by the hour. Today was spontaneous. Our ideas remained largely immaterialized and that glorious space left room for surprise.

We moseyed on Charles Bridge for a while, gathering sun and listening to Dixieland Internationale, a band of Czechs singing American jazz. I'm sure you know those moments when you suddenly feel flooded with joy. Being on that bridge does it for me every time. 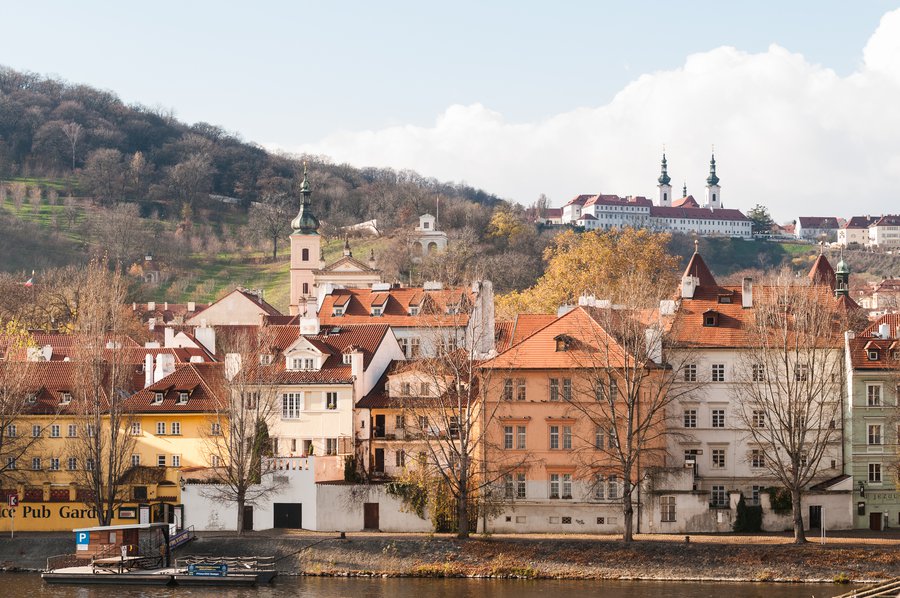 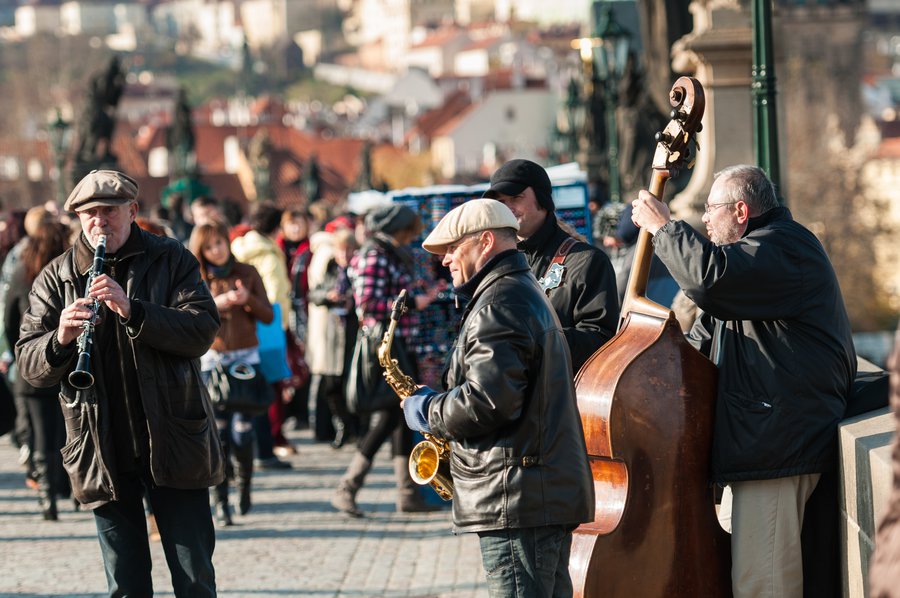 Other than a few horses on the bridge, the first sign of serendipity was a horse-drawn cart of snow, but we didn’t think much of it due to Prague's old-world feel, and continued to enjoy the calm din of the morning. 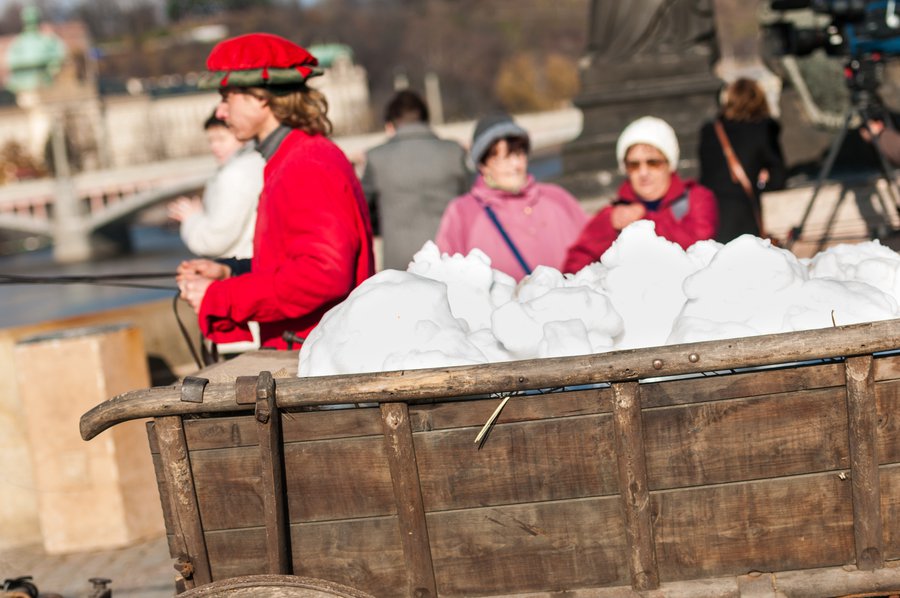 And then, at the end of the bridge, we found ourselves in a medieval world with heraldic banners, horses, Roman costumes, and general merrymaking. This put Halloween to utter shame. 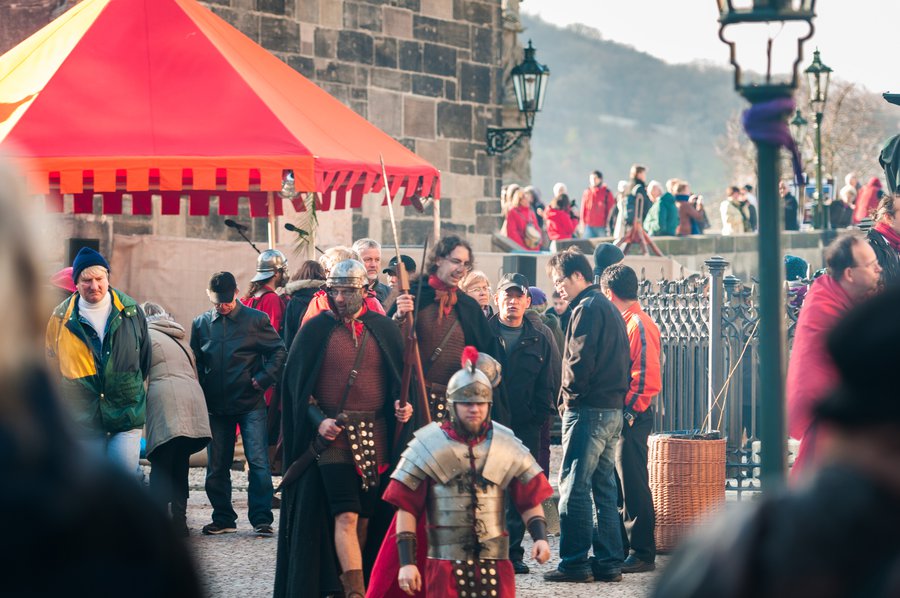 We kept saying what is going on? Is that real? 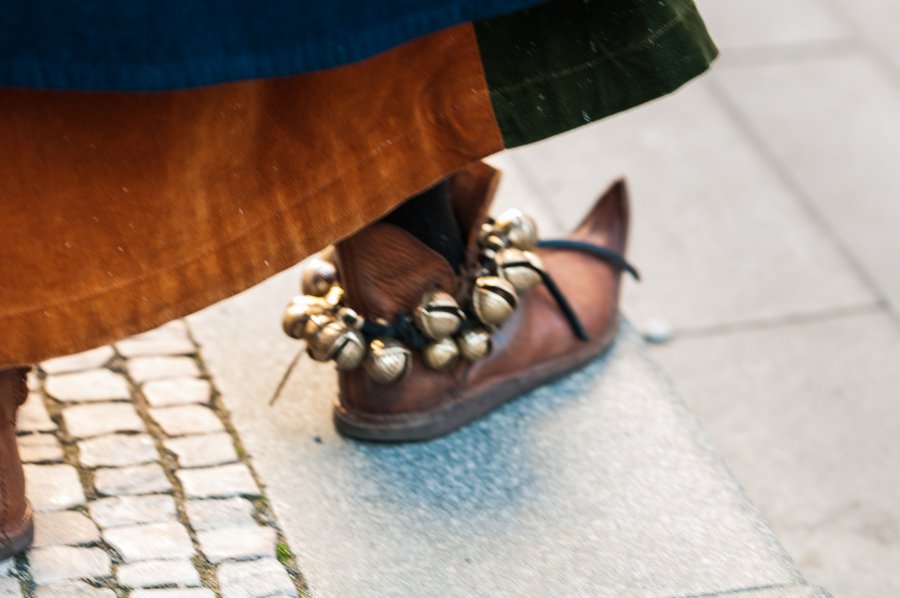 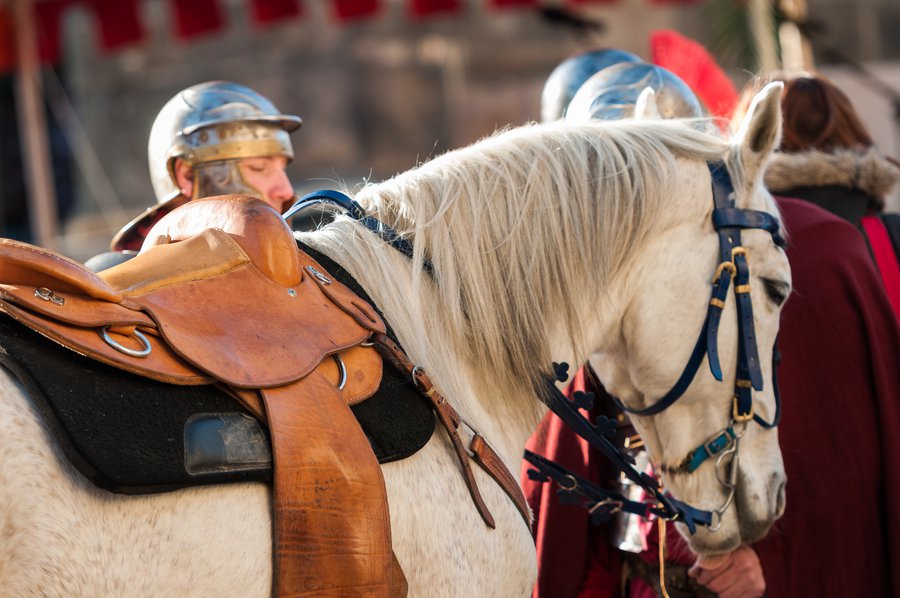 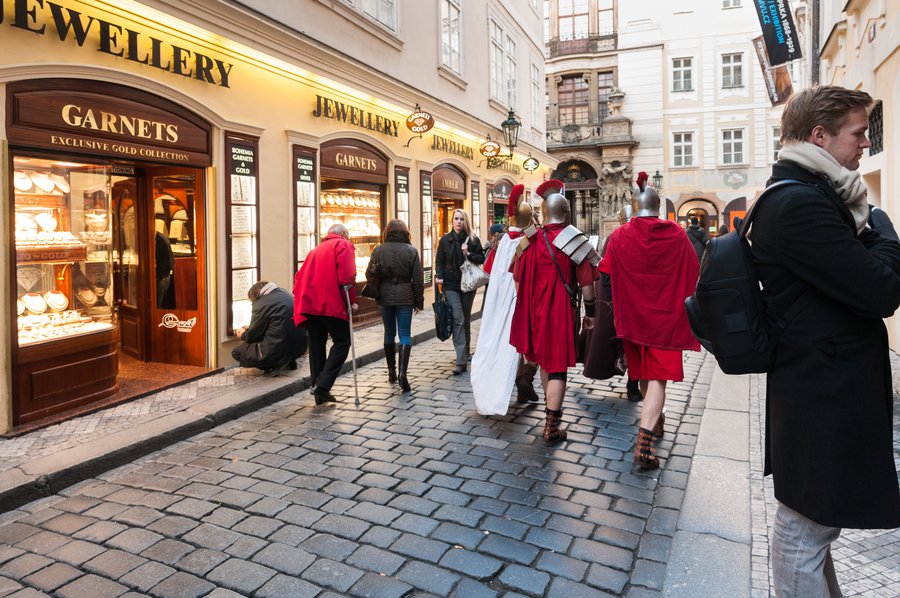 November 11th, it happens, is St Martin’s Day, when the first snow is supposed to fall, and when (traditionally) farmers were paid and a celebration ensued. Martin is the patron saint of soldiers, horses, riders, geese, and wine makers, and they were out in full force. Hot wine was stirred, renaissance music was played, and the tangy smoke of roasting meat clouded the air. 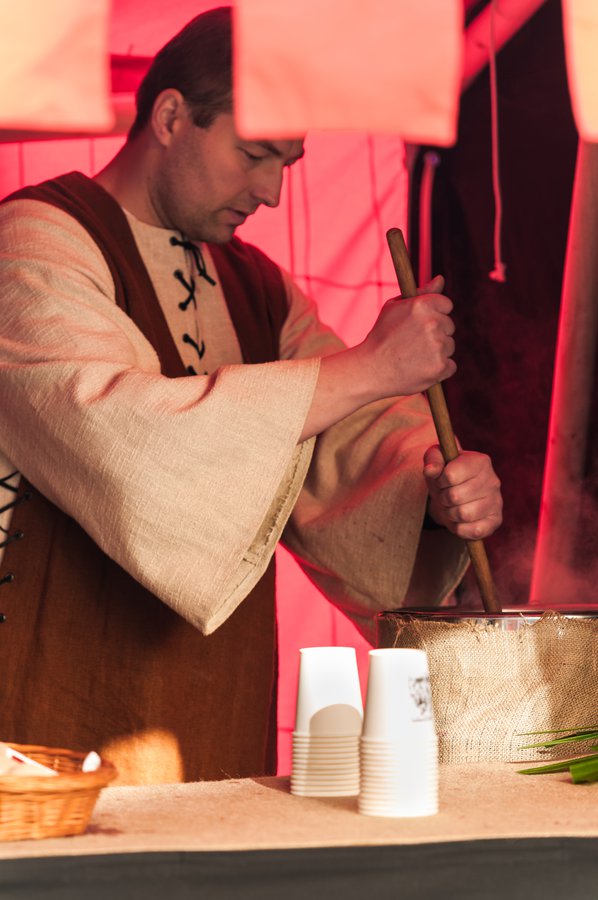 I can't say if it's goose or not because the line of peasants was too long to give it a try. And, the fact that peasants were its main patrons also made us think it might be too authentic for us. 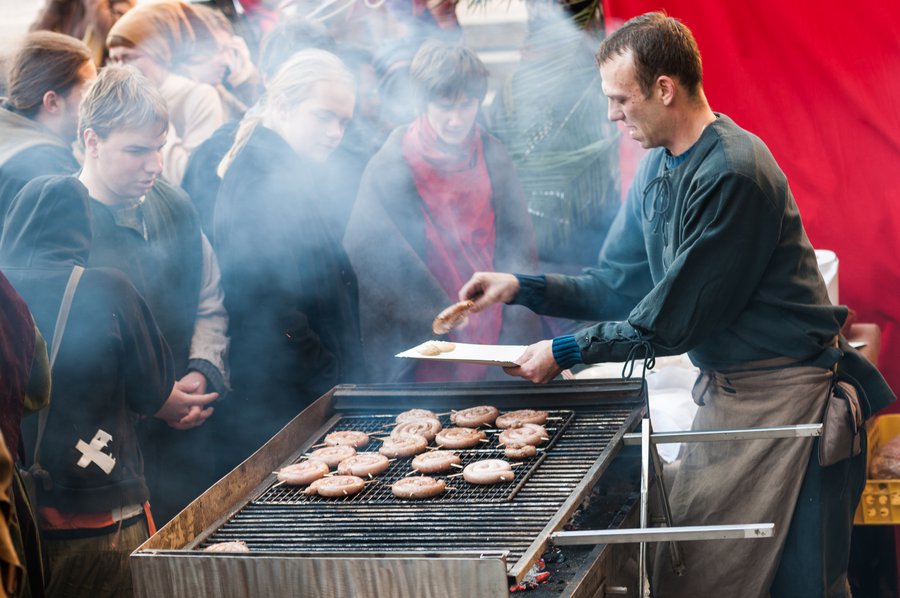 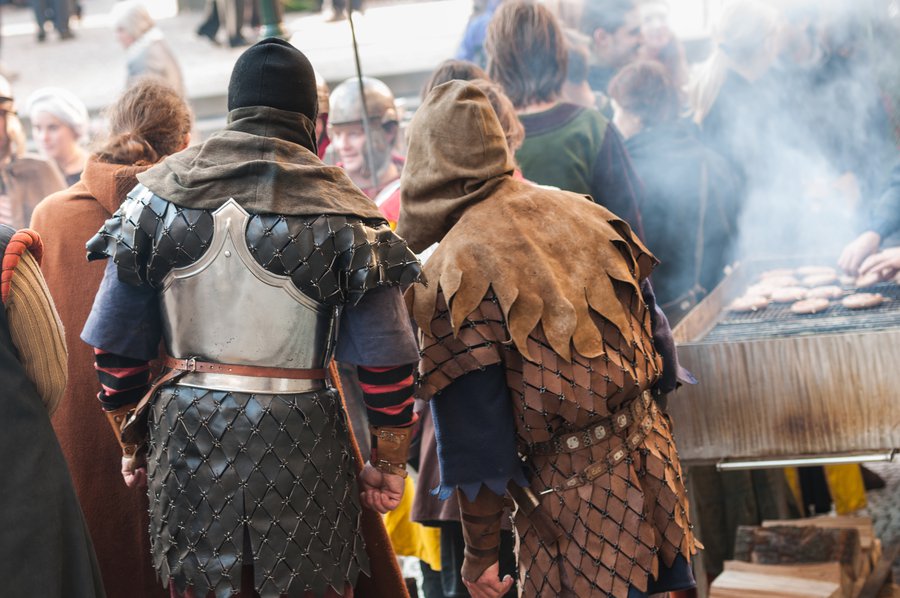 We wandered through in a state of discombobulation and enchantment, and I got a homemade kolache out of the deal. 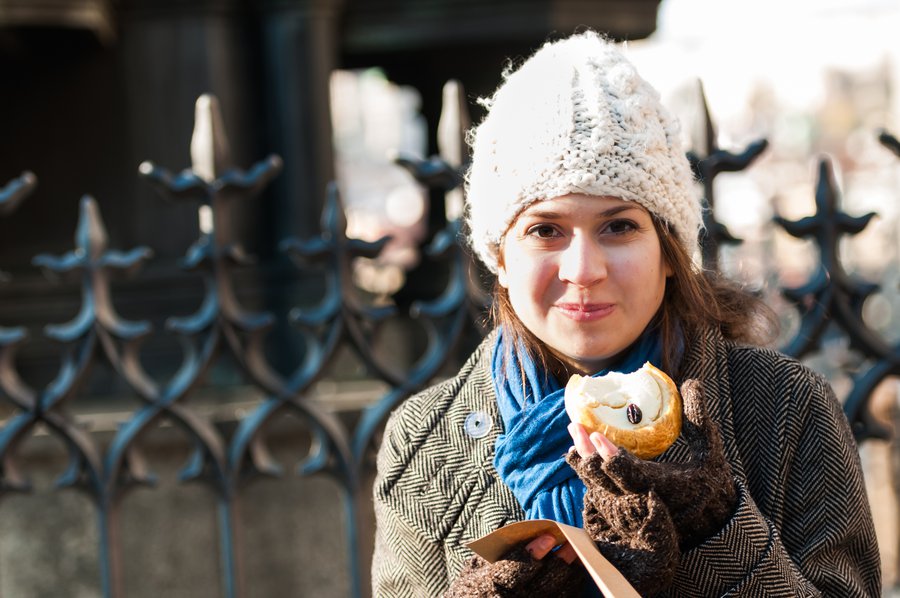 Feeling a bit like we were in a Lord of the Rings set, we set off for more of our kind, and lollygagged in toy shops and peered in windows with puppets, matrishka dolls and strudels. I found a sesame seed pretzel to add to my pretzel-tasting tradition. Yes, by this point in the day, I’d already had breakfast, a kolache, and a pretzel before lunch. 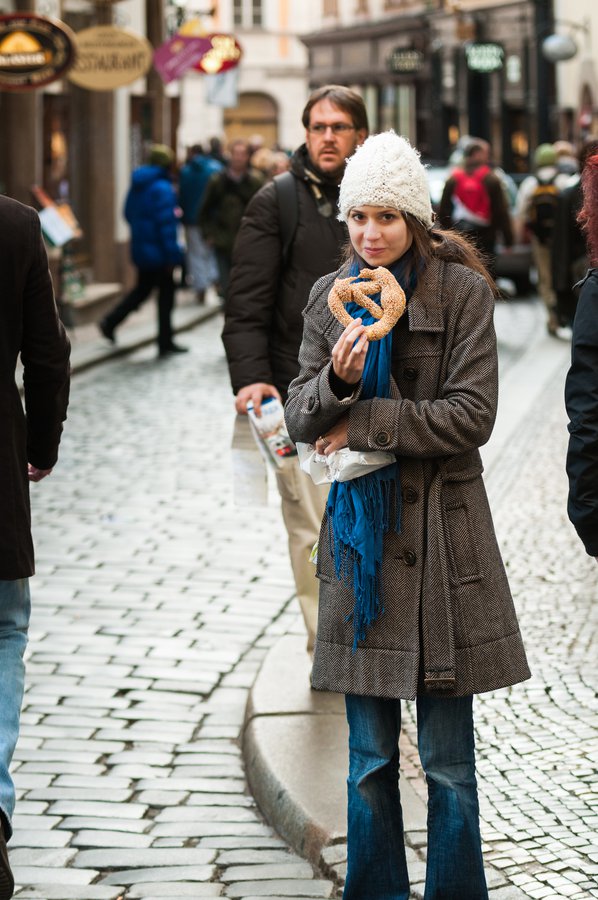 Back in Old Town Square, we took the suggestion of some local friends, and climbed a tower. We chose the Town Hall tower to see the innards of the famous astronomical clock, which we don’t understand, but sure looks fancy. 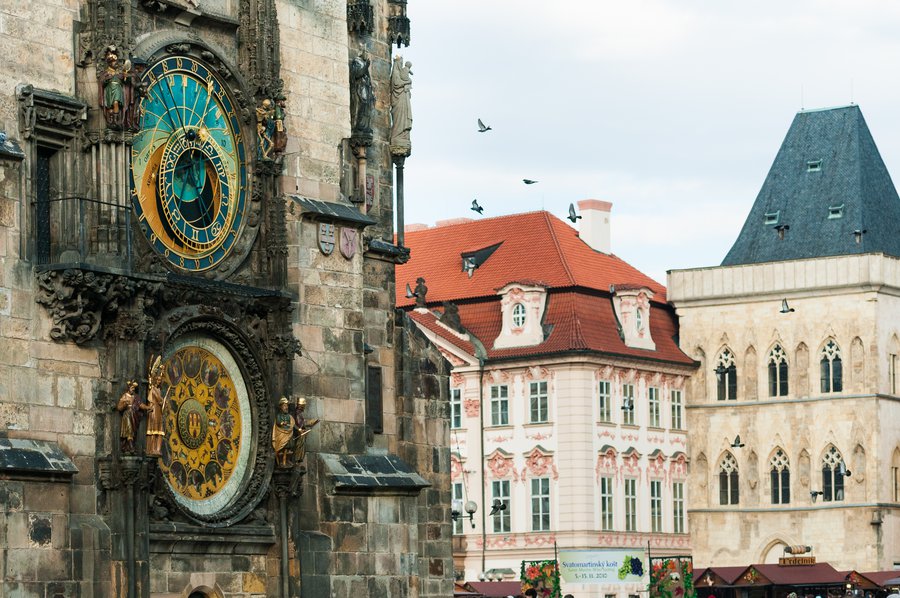 The troopers that we are, we hiked instead of taking the easy way up. 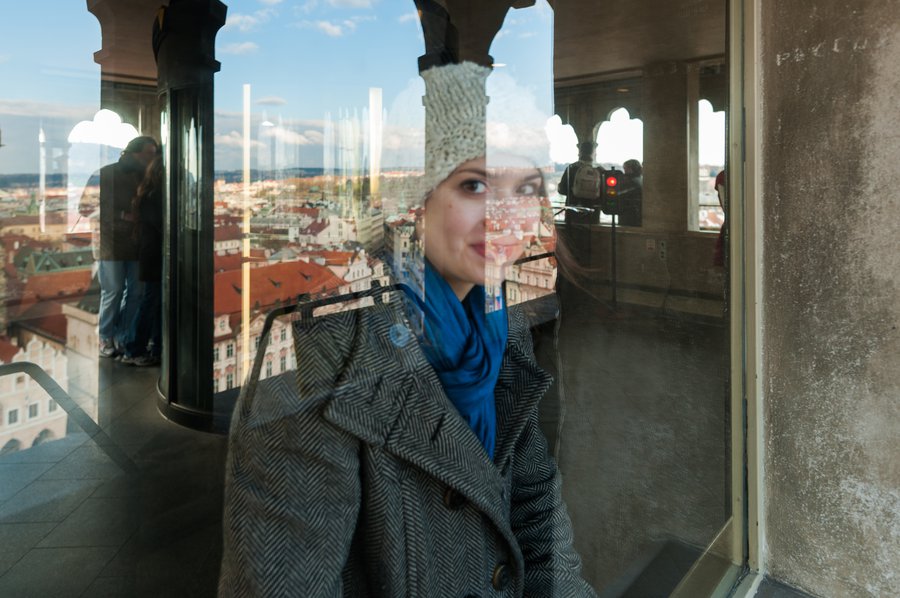 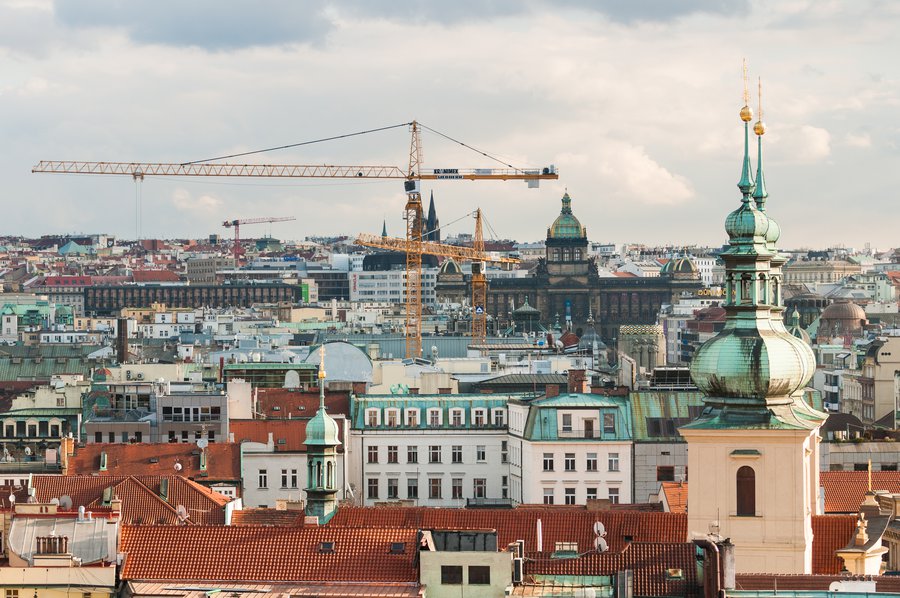 I'm obsessed with this church; at night it's lit green and is straight out of Wicked. 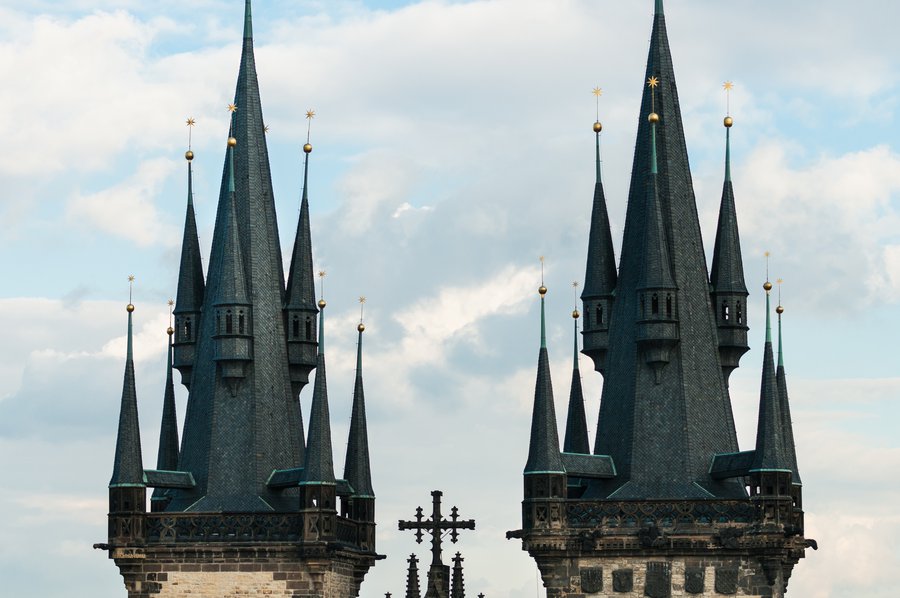 Because he knew I adored it so much, my sweet hubby took these for me. 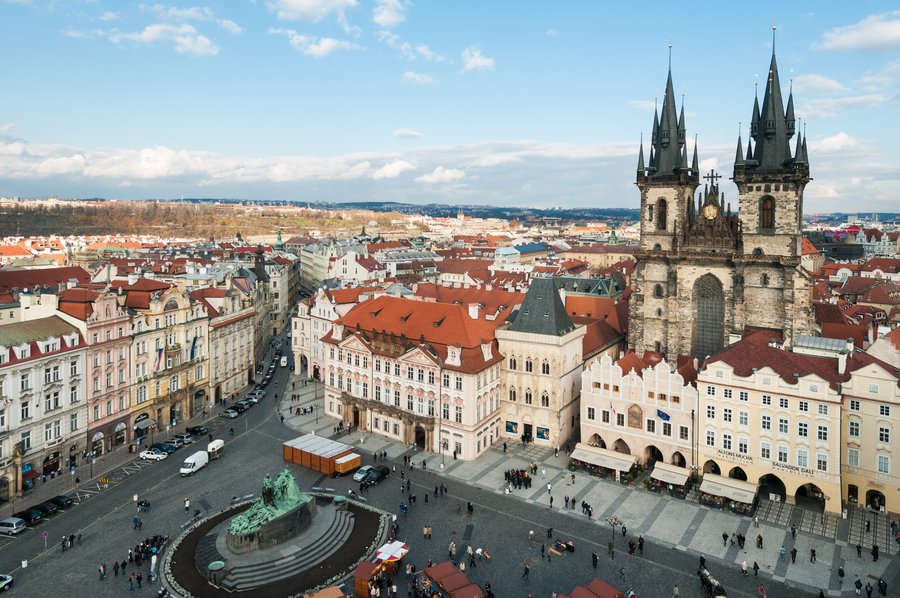 I swear Disney copied this; I know you're sick of it, but I can't get enough of those turrets.

We passed the doll house museum . . .or just looked at the city as if we were giants. 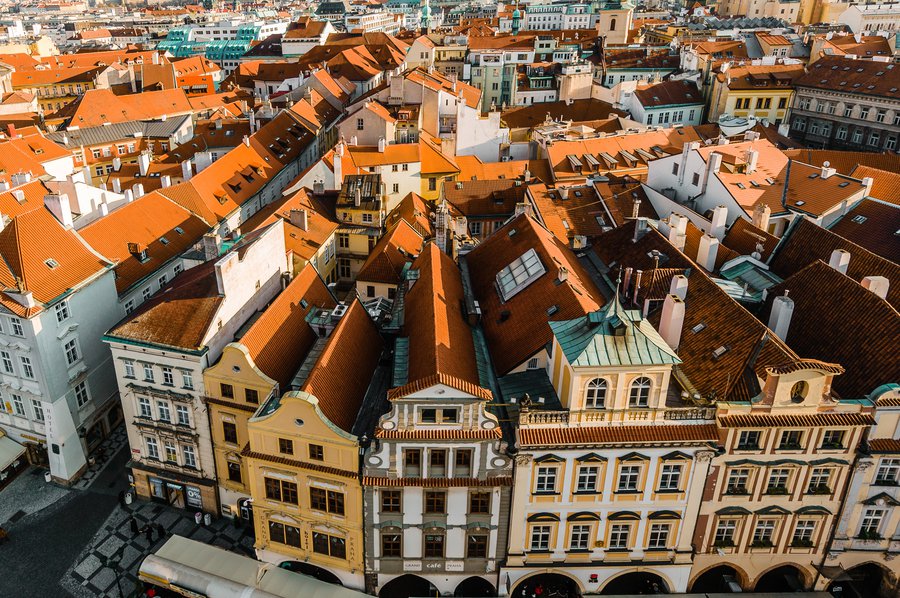 Back to earth, Suggestion the II of our Czech friends was find some Czech food, so that we did. Goulash with bread dumplings was spicy and not nearly as heavy as you’d think. 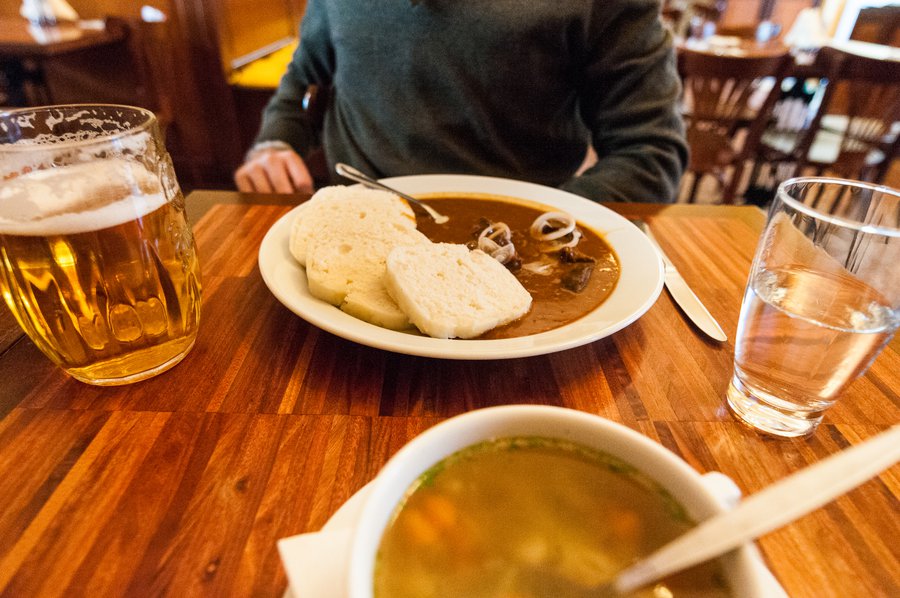 Serendipitous moment: I think a box of food colouring fell into these planters. 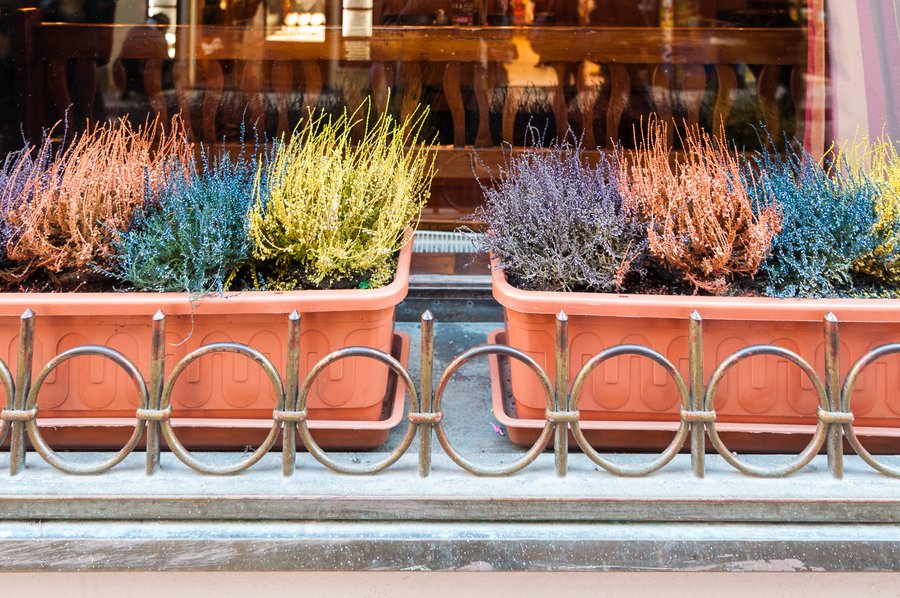 At the end of the day, we were full from our fifth stop at the super vafel stand, and very happy we let the day find us.

Enchanting. This city is enchanting. 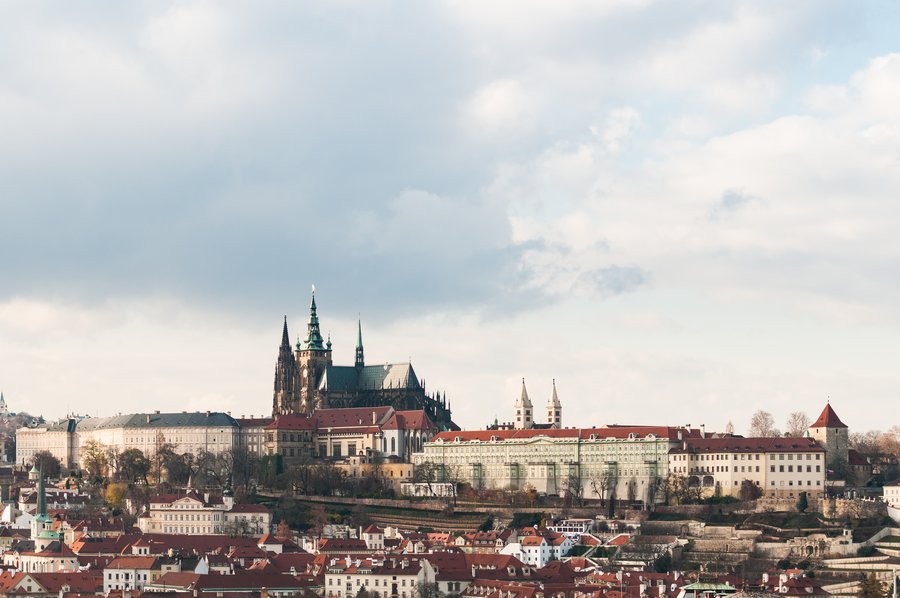