The food processor squirted oil onto my arm, and the caramel hardened to the counter as I crunched over peppercorns and popcorn kernels. Fifteen minutes later, when I’d whished away all the flour and the dishwasher had been shoved closed, my apron was at last dangling on its hook. Stay. It withered to the floor. Such was my day.

Today, I looked through cookbooks, and was uninspired. My toffee didn’t set, and my popcorn refused to snap open on the stove. (I did feel a surge of excitement, however, when a couple pieces decided to crack.) Today, I haven't written anything I like, and the few sentences that came together, I accidentally deleted. (It's funny now, but Walker stopped writing his paper to console me.)

The one thing I’d never expect has loosened me. I kid you not: studying. Over Christmas break I’m taking 12 hours of tests for my New York teacher’s certification (and just found this out yesterday). No prob, Bob. Just give me the handsomest man in the world studying next to me. (I took the second picture to try out a Ralph Lauren Lightroom Preset, which I like, but which causes him to beg me if he can get back to work. And it also behooves me to tell you his scruff is the result of studying a lot, not a baby beard.) 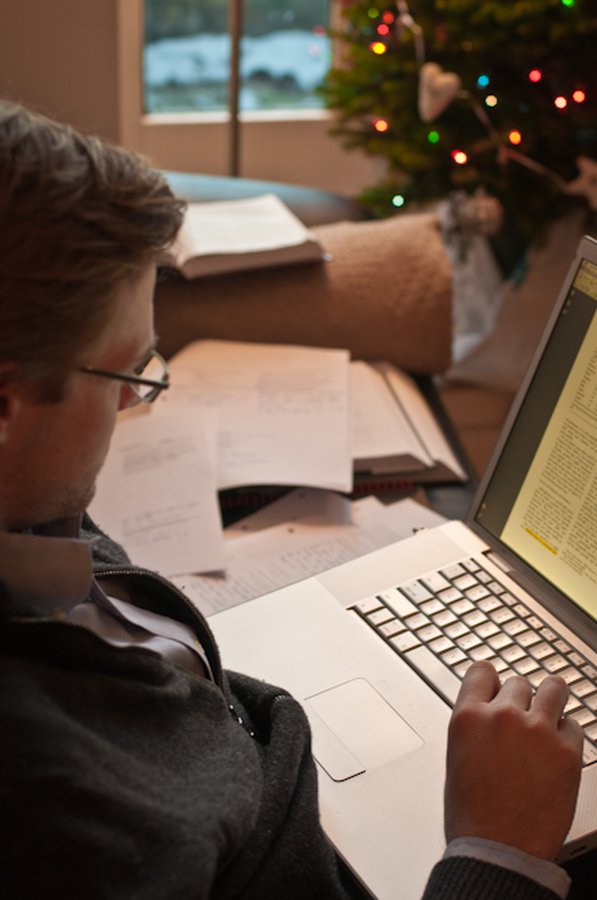 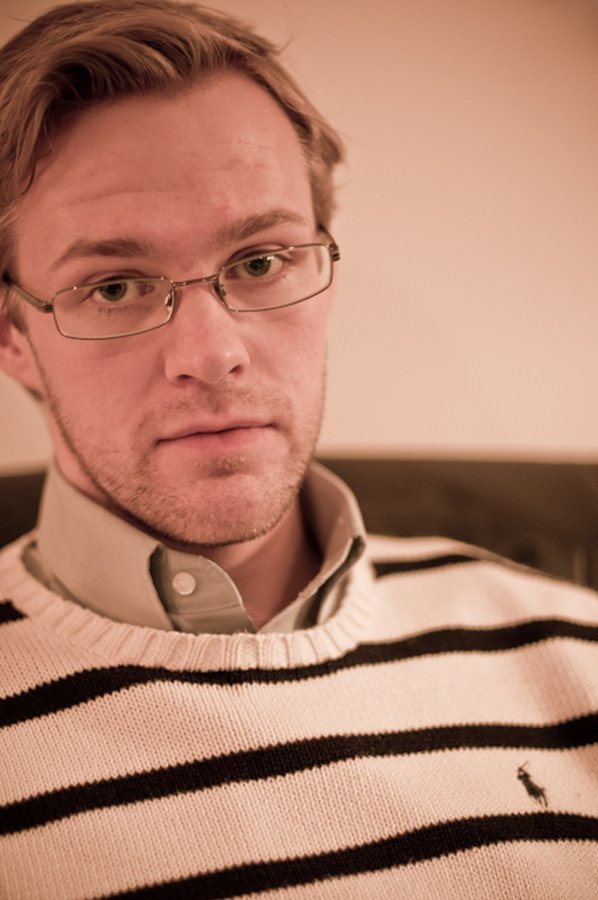 Despite my initial revulsion toward state testing, the practice tests are invigorating. I hold my I-don’t-remember-this stick into the kettle of proximal development, and somehow, thin strands of IEDs and intrinsic motivation and individualized-instruction spin out from the vortex and stick onto a growing ball of remembrance. That is, unless I get a question wrong, in which case I moan about how stupid the test is. That’s half the time. The other is spent laughing that high-schoolers absolutely need to know about poets whom, with a degree in poetry, I've never encountered. Cinquains and innovators in the Native American Renaissance: the glories, my friends, of pasteurized education.

So, Walker and I studied in the deep piney odor so dear to my heart until he turned in his last essay for the term. When I saw these birds outside our window, I ran out in my unzipped boots, because the two of us looked just the same all morning, but poised in front of computer screens. 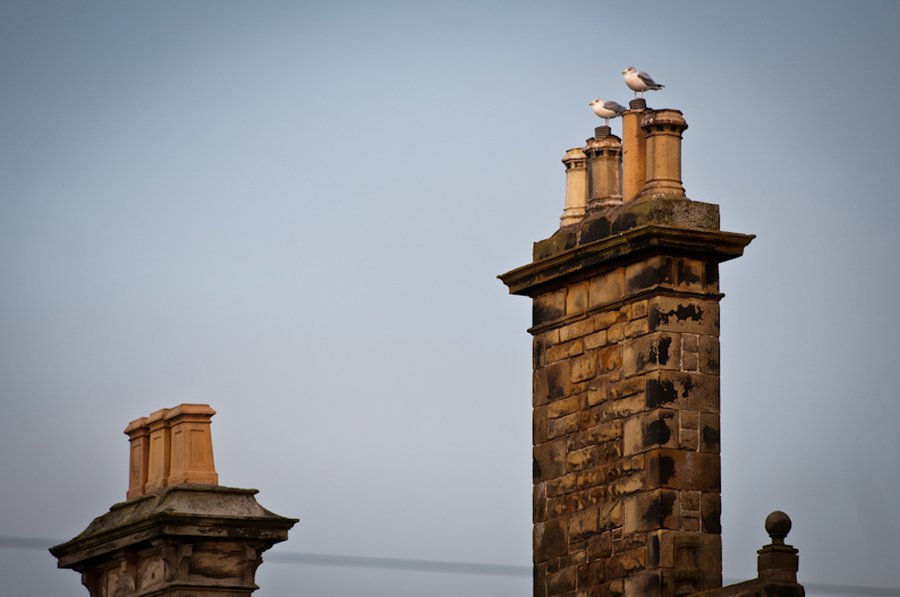 Instant number two to pull me out of frustration would be a completed pan of caramel corn, sliding up the volume on a new Christmas album, and bokeh. 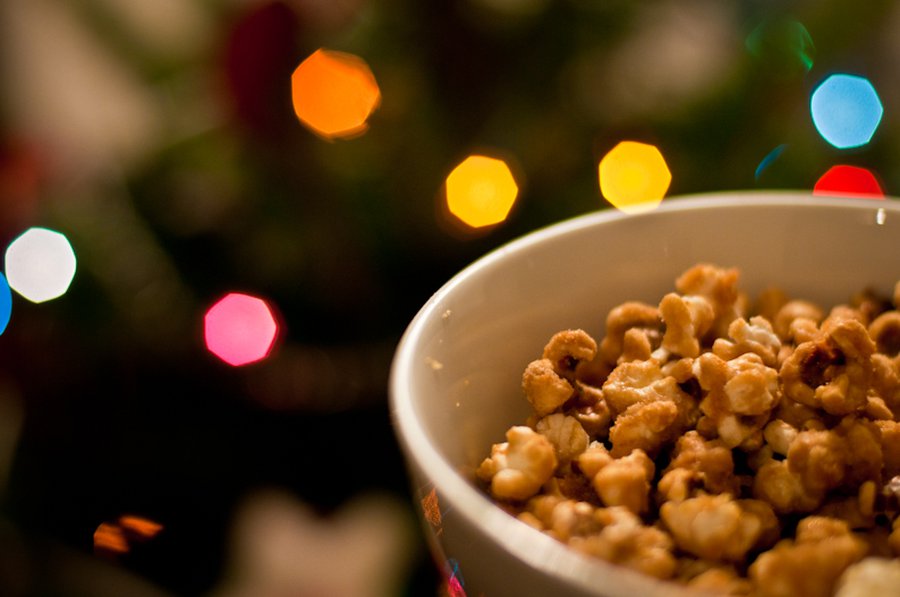 Word of the day: bokeh, that glow on lights in intentionally-out-of-focus photos. I’ve been playing around with bokeh and the Christmas tree. Somehow, even out of focus, there is beauty. And if I believed in giving posts metaphoric morals, that would be it. Even in the blur, there is beauty. But I hold metaphors to a higher standard. 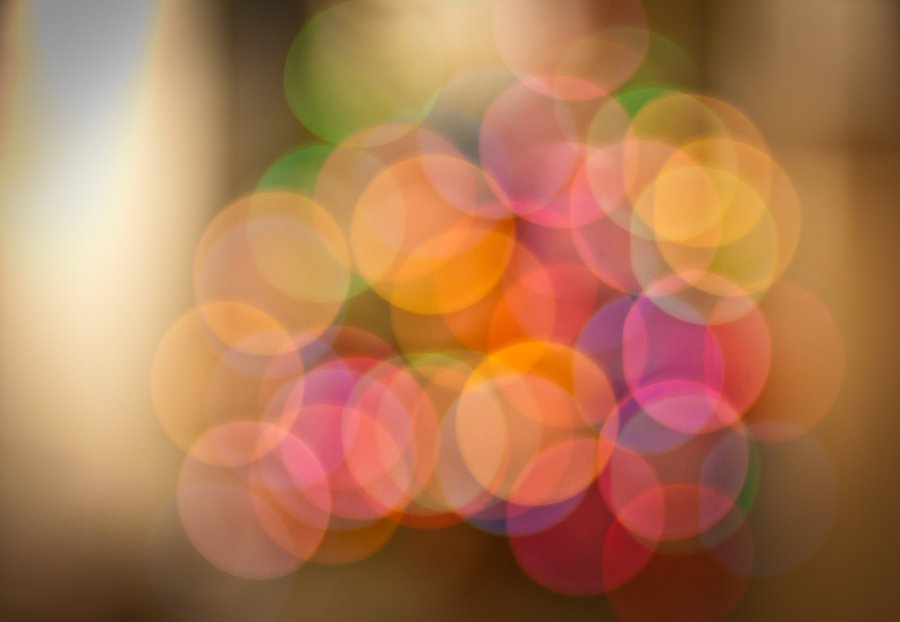 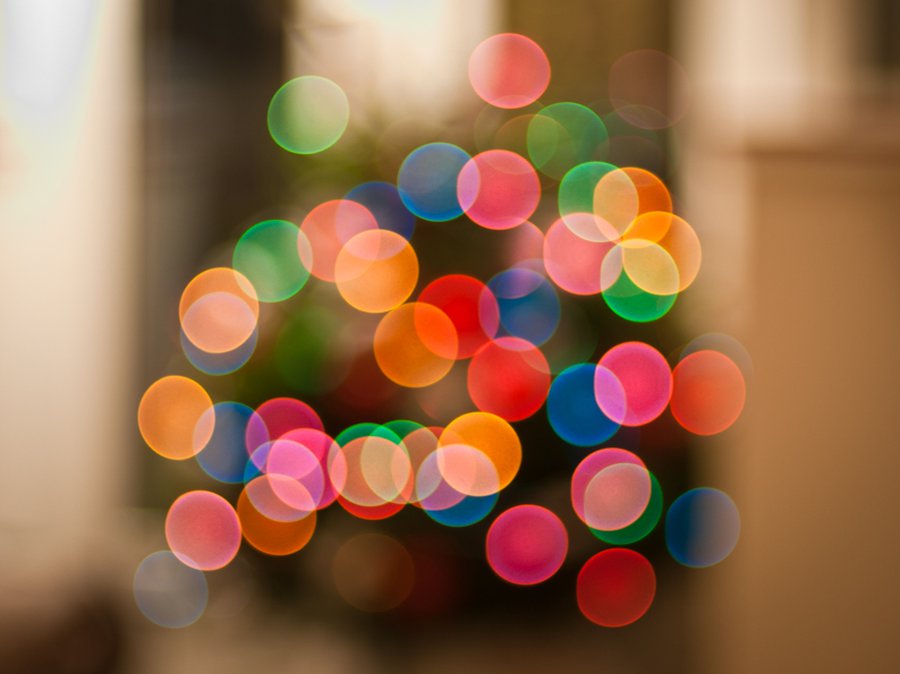 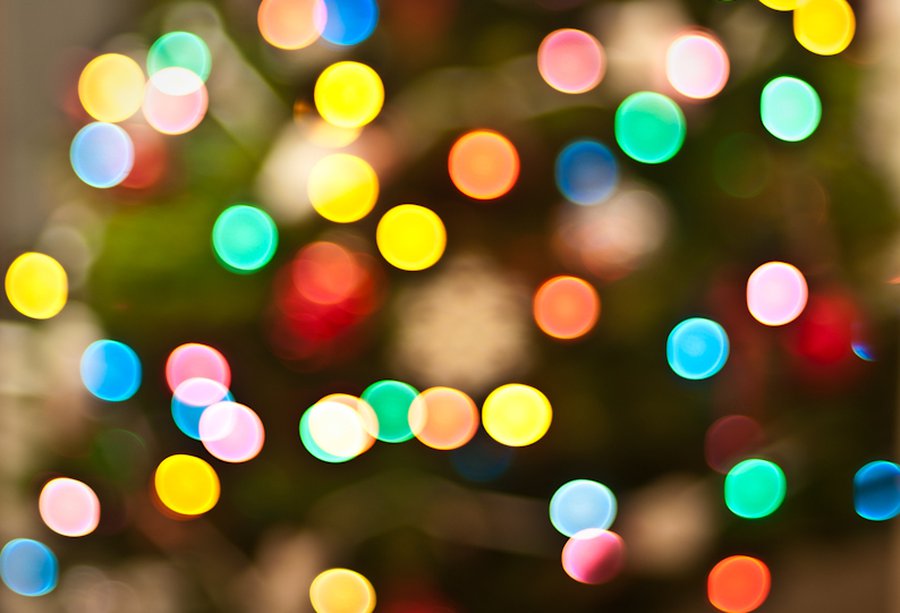 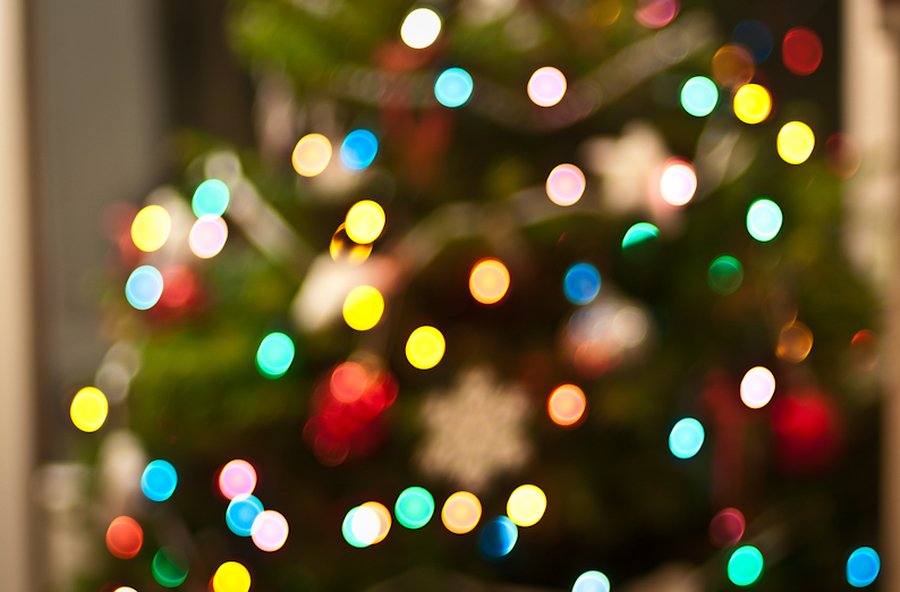 Instant III of beauty in the everyday would be the shops in my town. I surreptitiously shot some from half-inside my purse (because if I saw someone I know, you know as well as I, that would be embarrassing). These are on my fave side-street, and as a commenter (The Audience) requested, cars are in photos, because cars do live here, too. 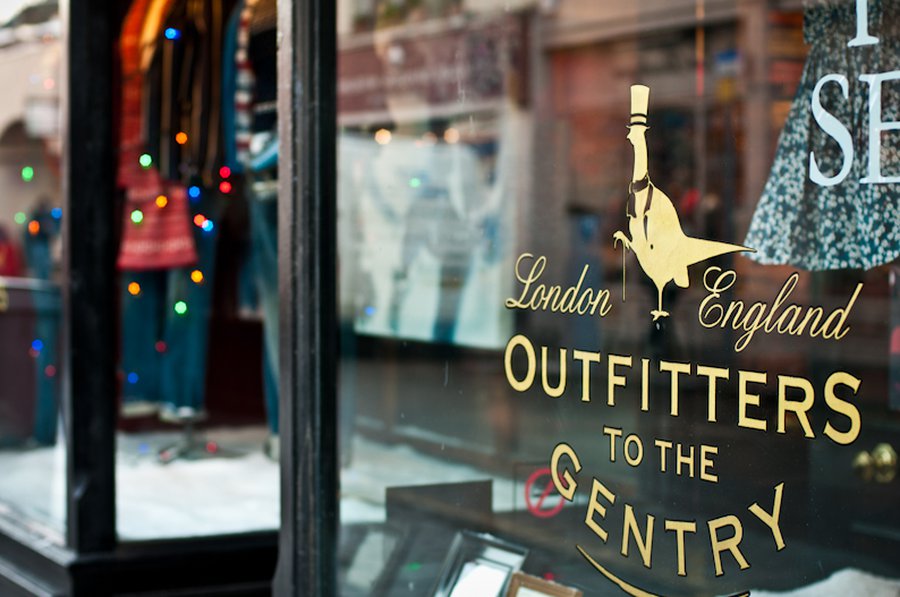 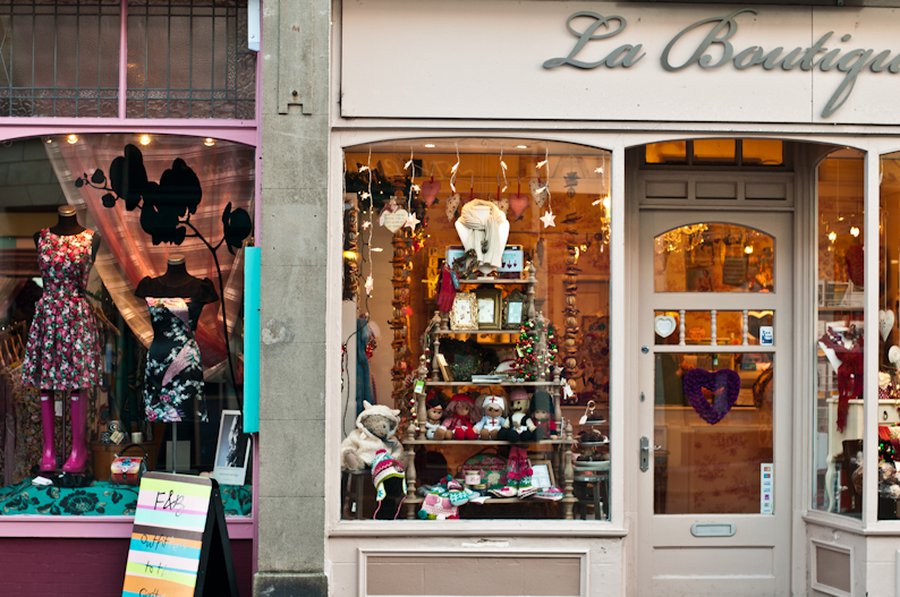 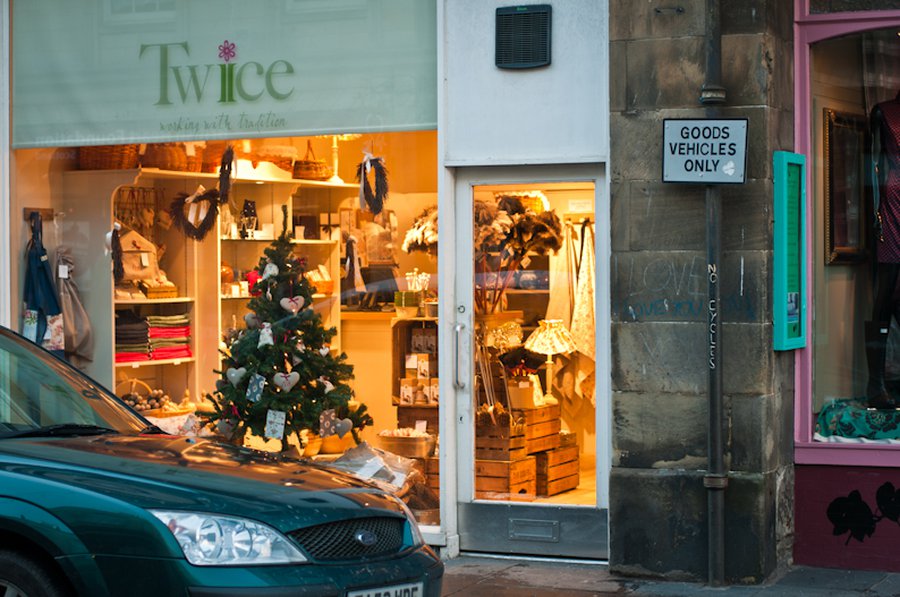 When a lorry (truck) comes in, that's it for the road. Gone, baby, gone. 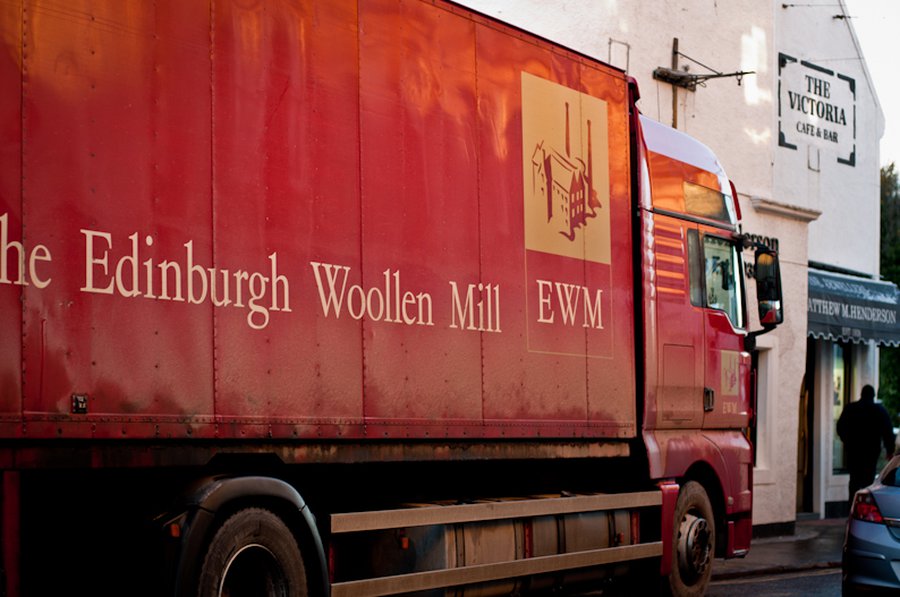 Also, you might like to see our grocery store, the one and only, the most expensive Tesco in the United Kingdom. It's small, and lines regularly go way down the aisles. But, my TescoCard is wracking up double points for Christmas lately, so I'm not complaining. Tesco is as long as the navy blue panels. 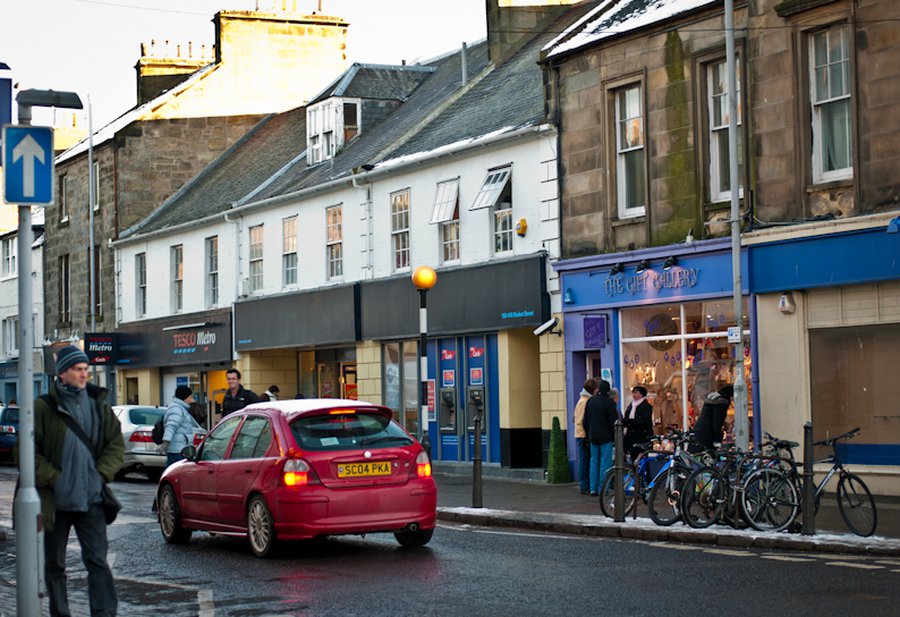 Boutique butcher? We have that, too, and extra-large free-range eggs were on offer this week. I laughed aloud when I saw this photo enlarged. If I were a bird, and the butcher came riding toward me on this bike, oh glory, I'd fly away 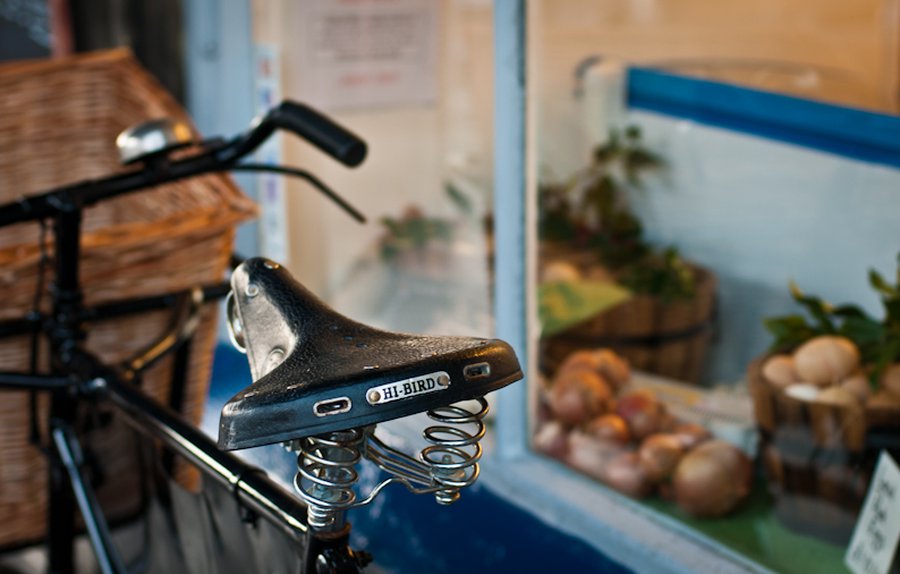 and perch in this tartaned armchair (excuse the car's reflection). 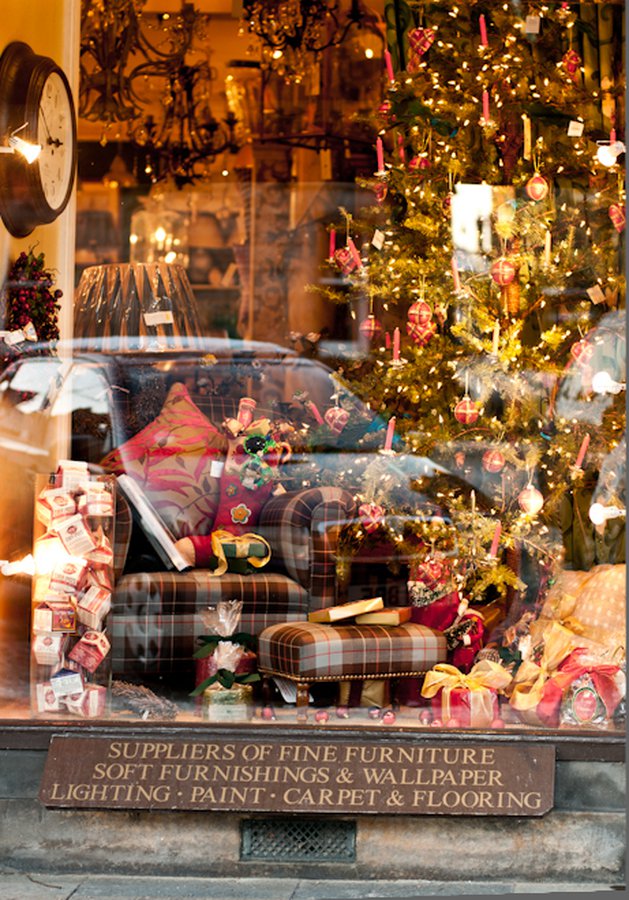 There you have our day (and part of yesterday). My stupor and frustration of the morning is long gone, and we're again sitting in the fir scent with Christmas music on. I should wrap this up with some closing statement, I know, but none comes. So, from yet another day chocked with lovely instants, to you all a goodnight.