In addition to wrestling with my resume and poetry drafts all weekend, there was time for baby-pink elderflower tea, angel food colored nail polish, and pink fingertips from exercise on cello strings. And while I just wrote a diatribe of career ponderings and edited about 20 poems, I’m much more interested in talking about slivers of cake and a weekend of instants filled with adoration and intentional love. Indulge my sappiness for once, k? Thanks!

Two years ago today, we'd barely had a conversation. A year ago, Walker sent me flowers although he was across the Atlantic. I always scrambled for the little card, my favorite part. He always wrote so much that his flowers came with two cards. Today, we walked together into the home that we share. So, it was a very happy Valentine's indeed. 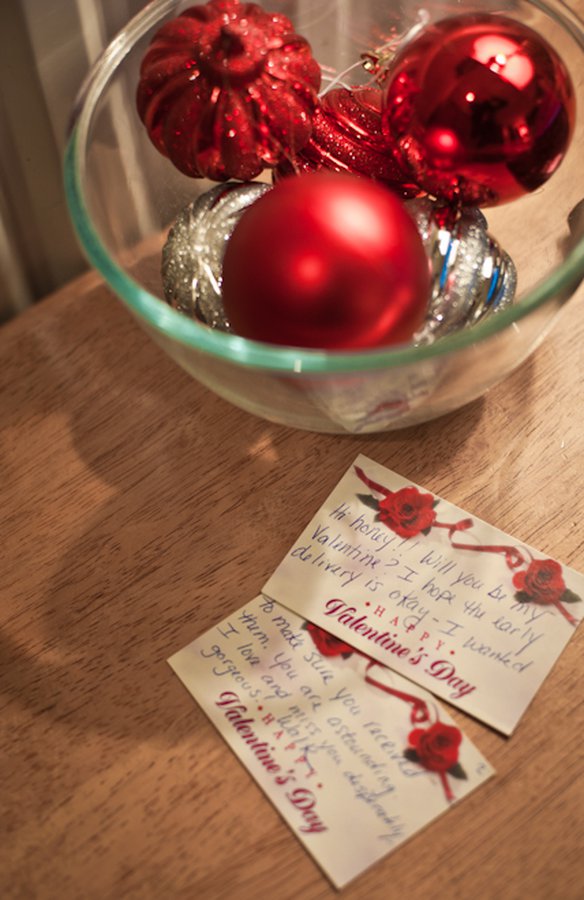 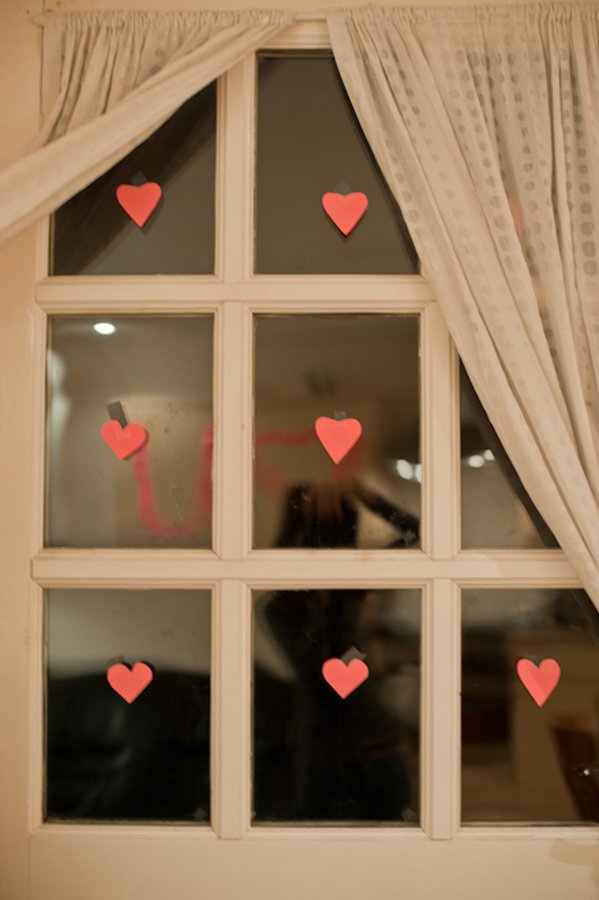 And now that you've been introduced, do take a seat to our highly anticipated Valentine's play, a drama in five acts. The characters need no introduction, and the music is de-crescendoing and the curtain whishes back:

ACT 1: The man indulges the girl's sense of elongated celebration and starts Valentine's on the weekend with a chick flick, a beach-walk, and afternoon tea. Their seats overlook sherbet-coloured clouds skimming ribbons of vanilla froth on the sea. They forget the camera, to show their readers tiered silver plates with miniature delights, pots of cream and itty slices of fruitbread, brownie cubes and Victorian sponge cake. They decline retrieving el camera in favor of watching the sun's last act over the sea from my comfy armchair. It is like a live movie, the drama of those clouds, and the wall of windows, and the girl and man squeezing hands.

ACT 2: The girl wakes up drowsy and feeling a bit stiff on Valentine’s. She walks into the kitchen to make breakfast and gasps. Despite being overwhelmed with radio studio renovation, her man who is the best made this. She thinks he is the most creative man ever. 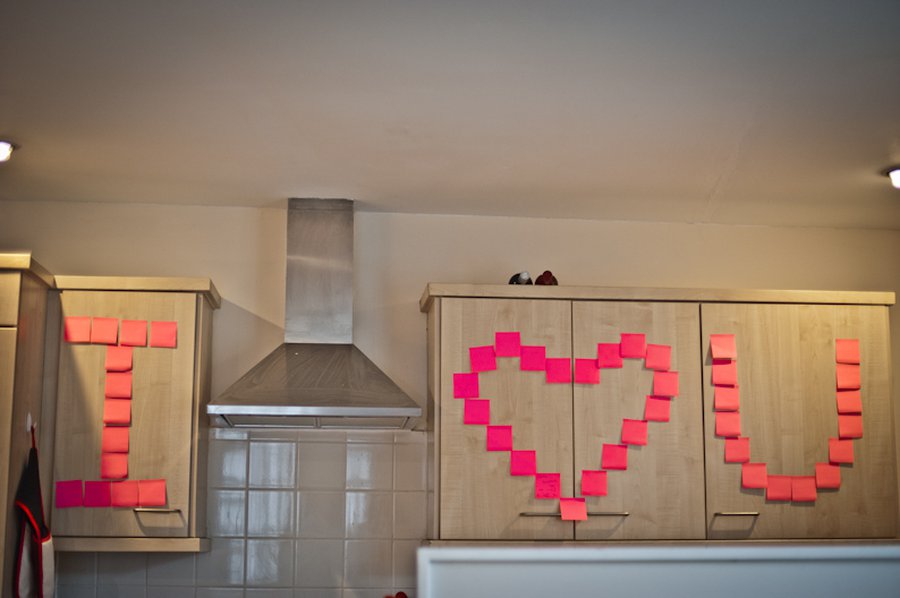 ACT 3: The girl starts the day clanking pans and scraping vanilla beans. Sitting down together to fresh strawberries, creme brulee french toast with cream, bacon, and flutes of clementine juice is just nice. Belonging together is nice.

INTERLUDE: In typical fickle-St Andrews' fashion, the town gets some hard little valentines sprinkled our way. The girl finds the hail dancing up and down in the grass charming.

ACT 4: Come evening, the man takes the girl to dinner at the swankiest restaurant in town, complete with French accents, Wedgwood crystal, and 5 courses of very complex food---spiced froths, cauliflower "texture", salsify (an object that looked like purple celery), three types of fish for the girl, celeriac three ways, a frothed parsnip-granola appetizer, the ever-astonishing souffle, and two cups of clean lemon-and-ginger tea. They laughter shimmers over the table. The girl's utensils are switched about 7 times (incidentally, every time she tried to hold the man's hands on the table). They end with the girl's elementary school covet: petit fours. 4 hours and 5 courses later, they walk home to the sound of the sea. And sadly, forget to take a picture of themselves in dress and suit. The man looked especially dashing.

ACT 5: To top the day off, the man serenades his girl. Melt, my heart, he does everything right, she thinks. 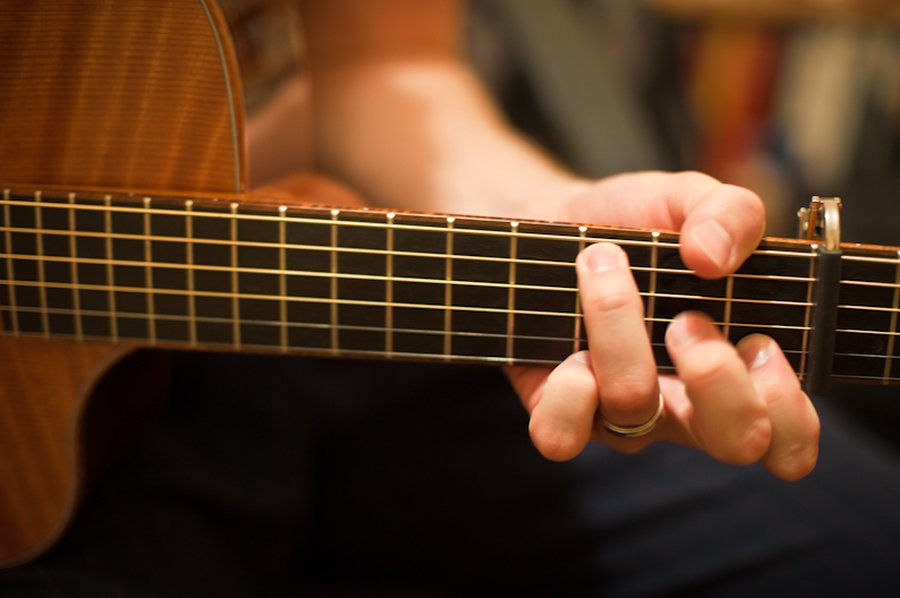 EPILOGUE: As the girl pulls back the covers with a happy heart, she finds an envelope under a pillow. (dramatic music) The man knows her favorite gift is words, and has continued his tradition of not one, but TWO cards. The girl sits in bed holding the cards reading his long notes, shaking. I do not deserve him, and never will, she thought, and said. 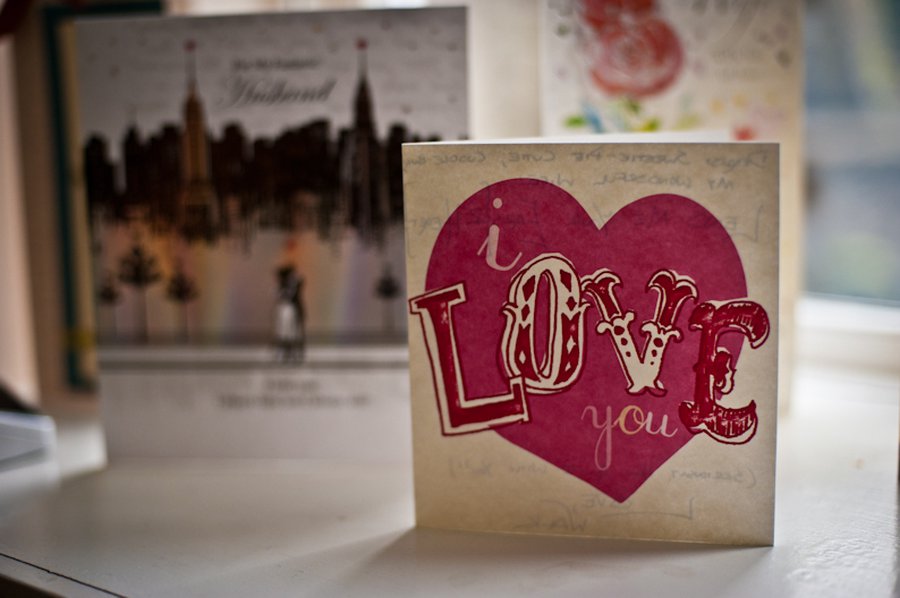 AFTERWORD: The man and girl talk all the time about how being married is way better than anything else. It's nice not to have to impress someone all the time to win them, and instead to know you are accepted as you are. Even though the girl falls asleep sniffling for vague reasons sometimes, the man tells her the whole time he loves her. Without pressure to impress, she wishes so hard she could show him how MUCH she loved him every single day.

END. Unquestionably, it the best play of the decade, reviewed the columnists.

And the girl agrees. It was perfect. 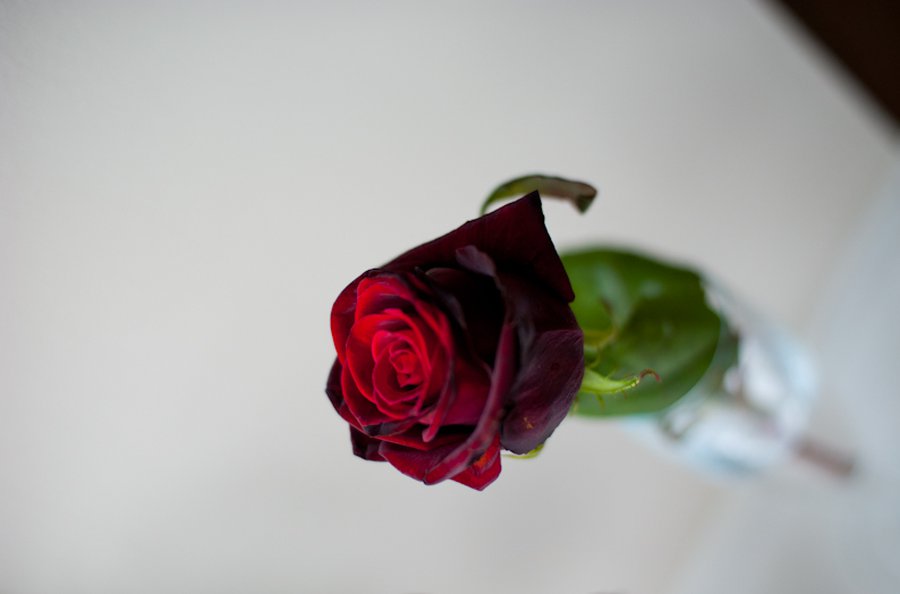