Today was one of those days everyone was smiling. The future king of the United Kingdom was in town with his recent fiancee, Kate Middleton, both alumni of St Andrews. The street our wynd connects to was lined with students and locals cheering and waving flags, and the sun shone for the first time in weeks. Happy day! 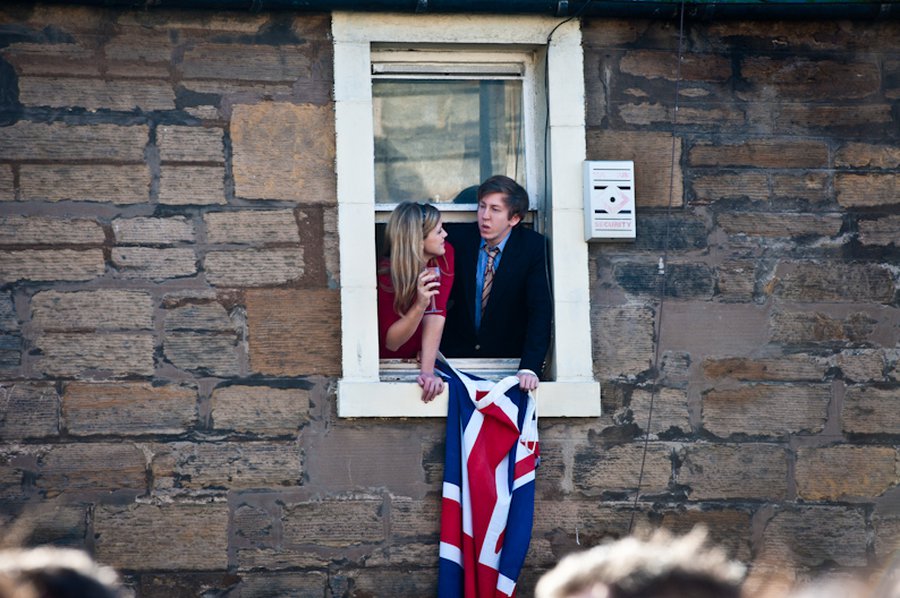 Today kicked off the 600th Anniversary celebration of St Andrews, and Prince William of Wales, patron of the celebration, gave a speech; I heard snippets from outside the quad, with thousands of others. 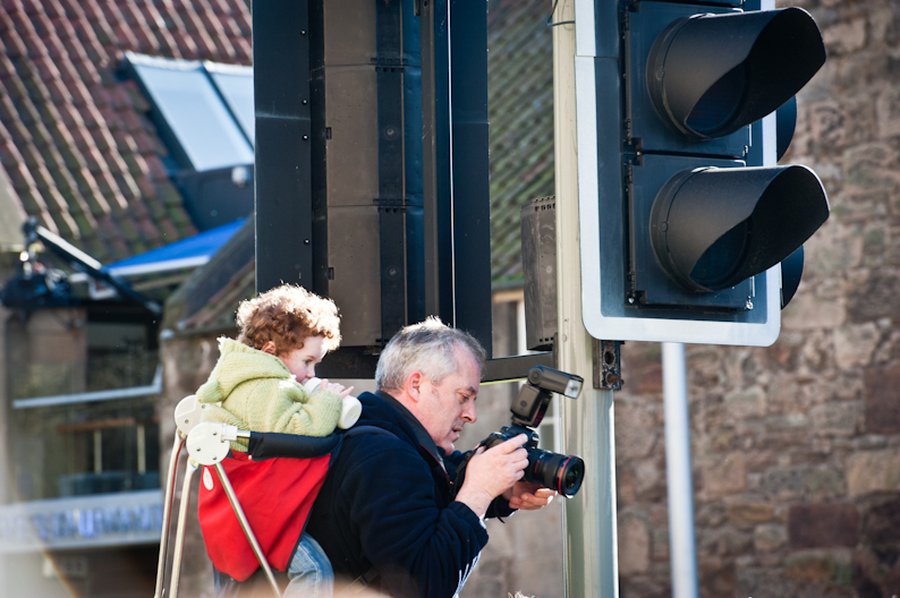 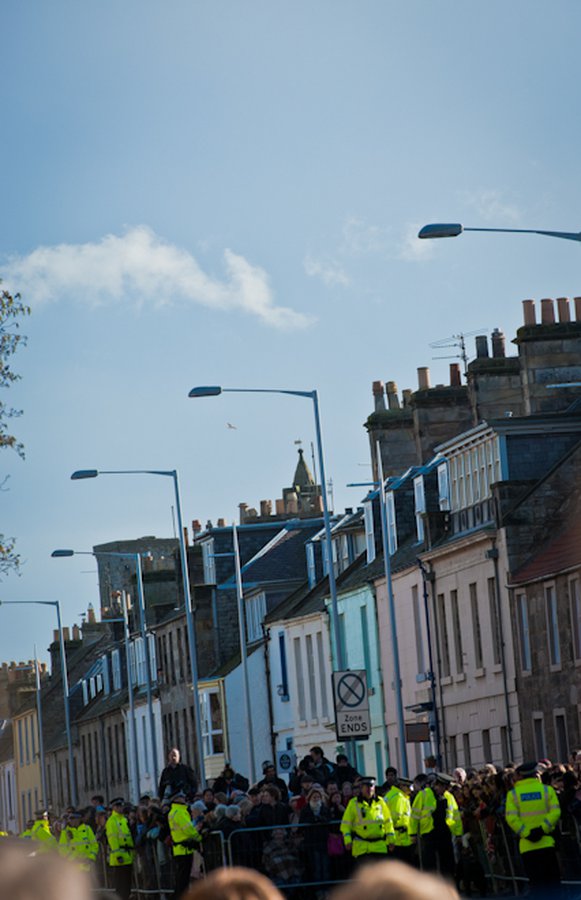 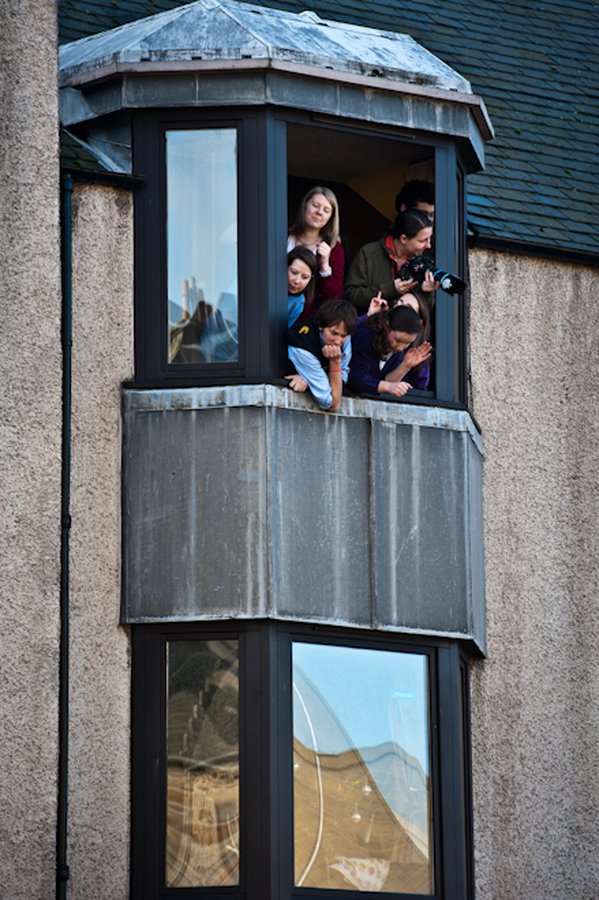 Despite being one of Europe's leading research institutions, the third oldest university in the English-speaking world and of course, far and away the best university in the world, St Andrews has that uncanny knack of feeling like home, he said, and the choir sang in Latin, and three fighter jets barreled over the crowds. The bells peeled and William and Kate walked towards their adorers in their old town (and there are still snipers on the roofs of their university buildings). It was all so grand, and yet it was surreally right here. I decided I like the idea of a monarchy. 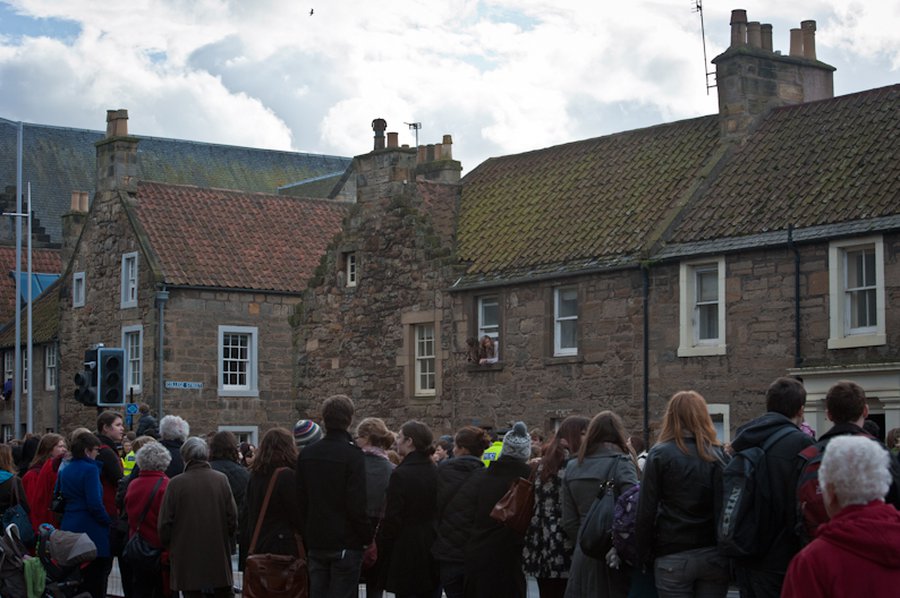 Apparently, so does the press 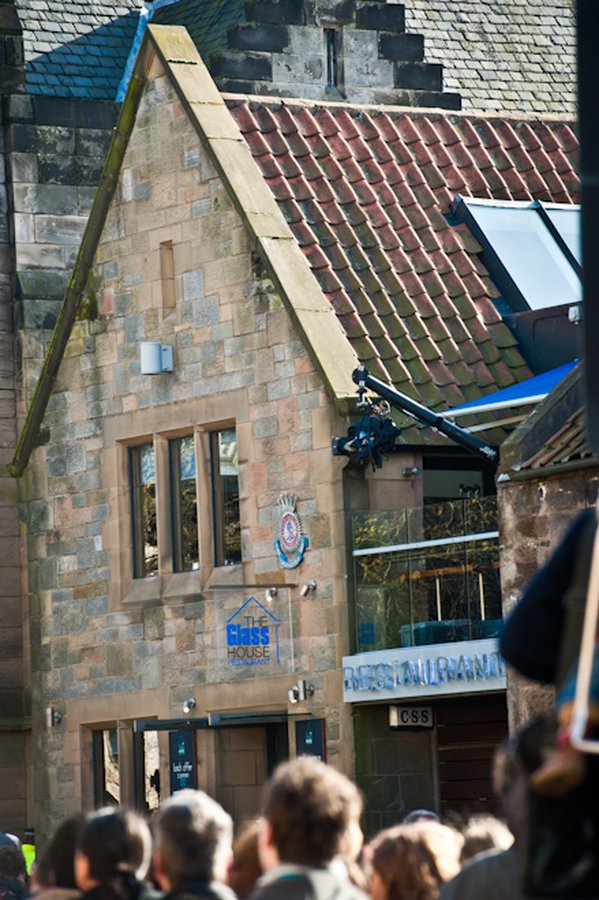 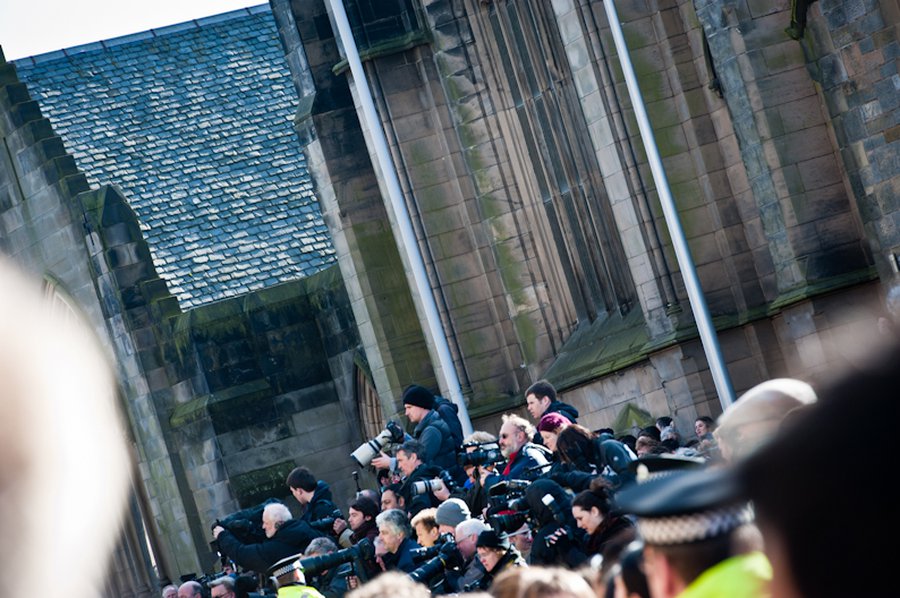 For my part, I was clinging onto a fence trying to hold a heavy camera above my head. I did get a few of the royal couple from a distance. Kate is wearing a red suit, and William a navy one; they are in the lower right-hand corner of the right photo. 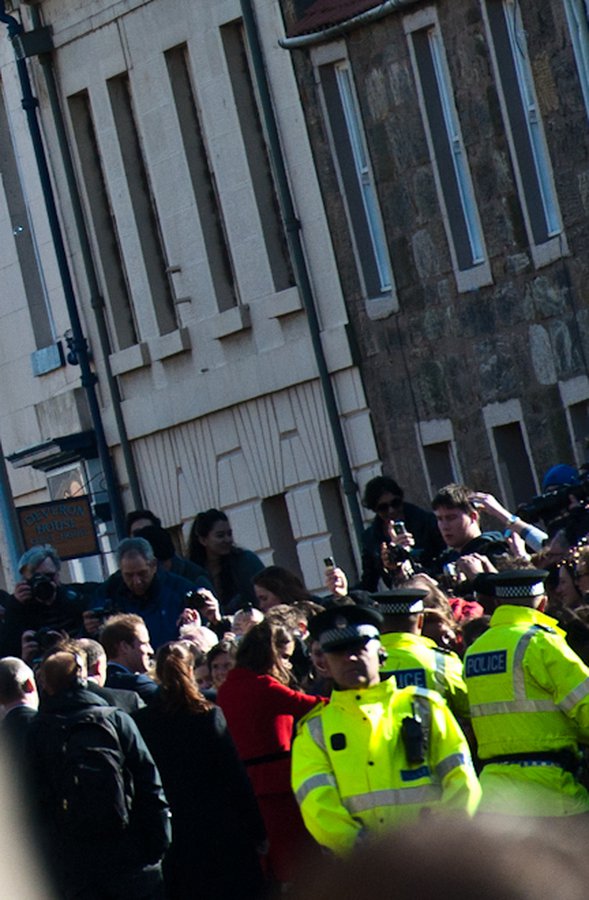 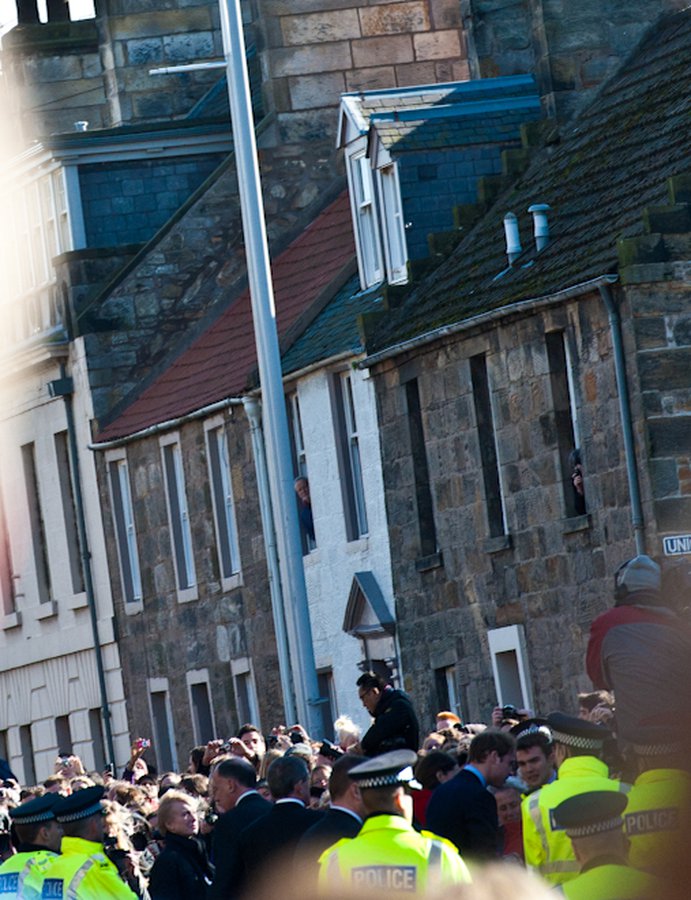 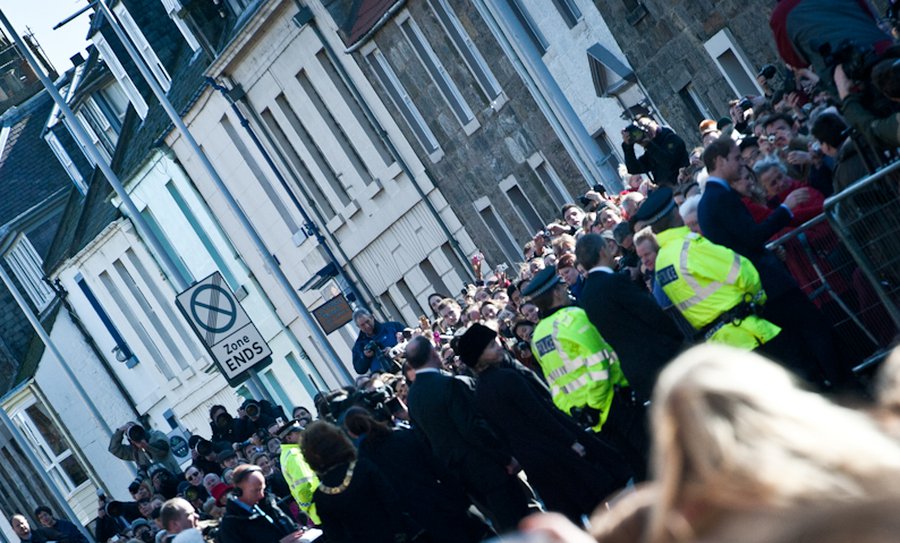 Walker, meanwhile, was blockaded off the street he needed to take for class (which ended up being canceled), and in typical style, somehow managed to get this close, 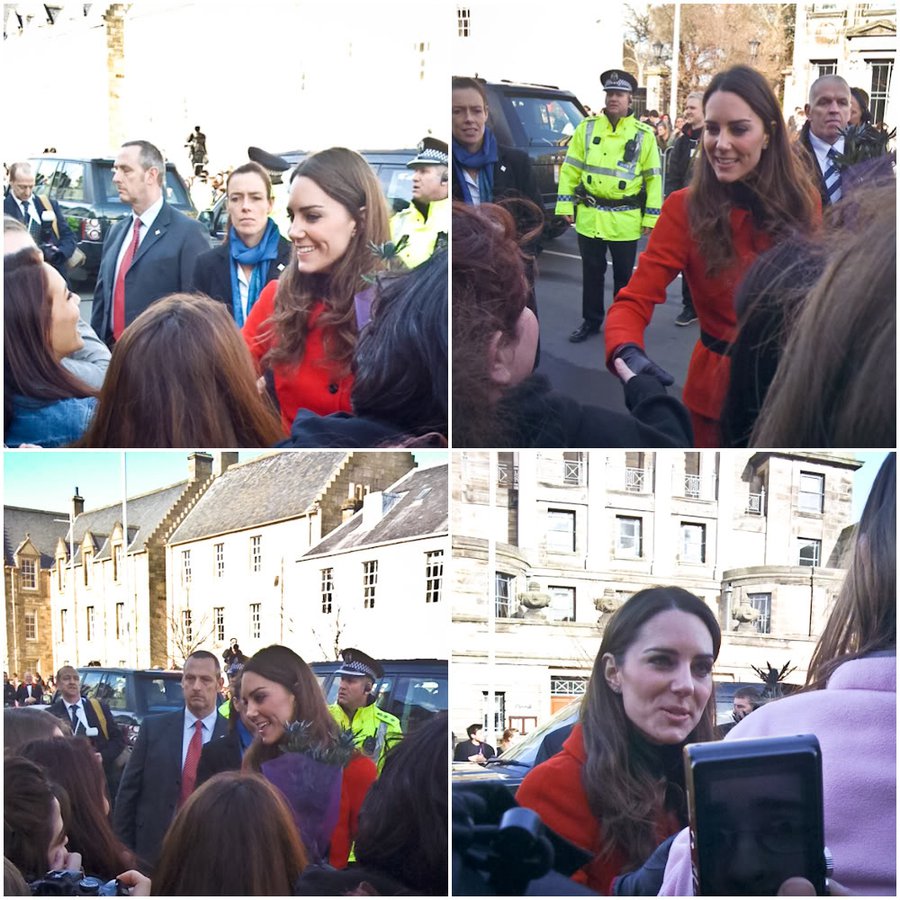 I texted him excited to tell him I'd seen them from a distance (thinking he was in class) and a few minutes later, he came home and told me he'd seen them too. Really? I said. He replied unassumingly, I shook his hand. He said William talked about his time here, and how he'd visit again, but more casually. Leave it to my husband to meet the prince. 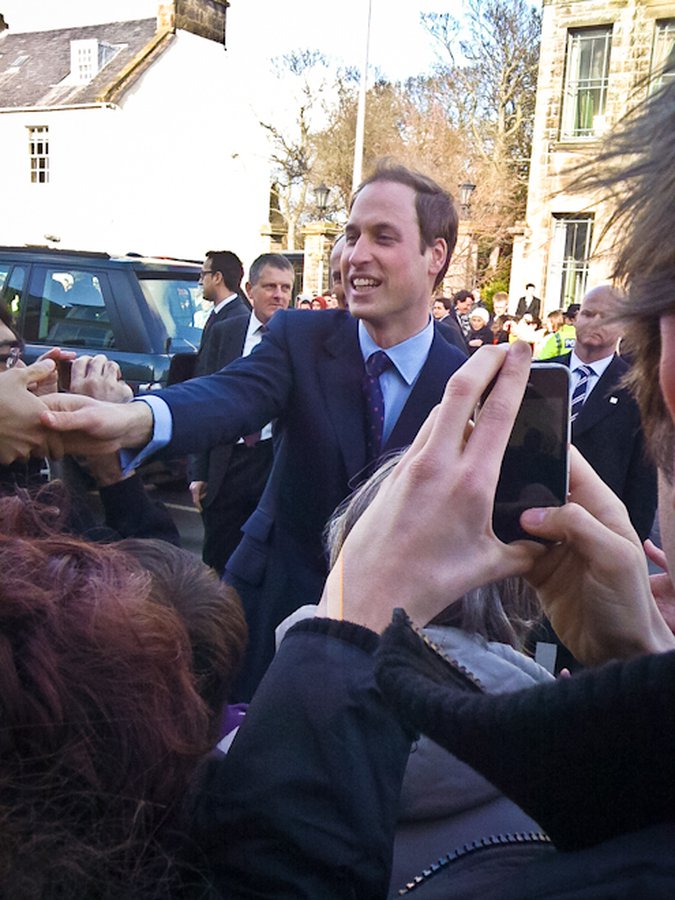 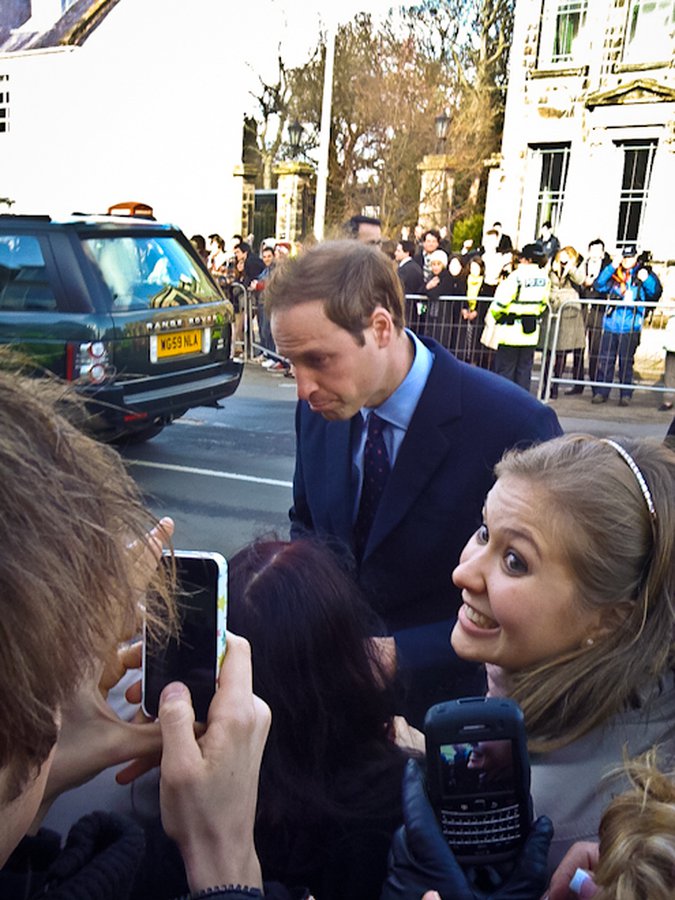 I did see his cavalcade of Range Rovers sweep past, and the moment felt epic, like I was in something important. 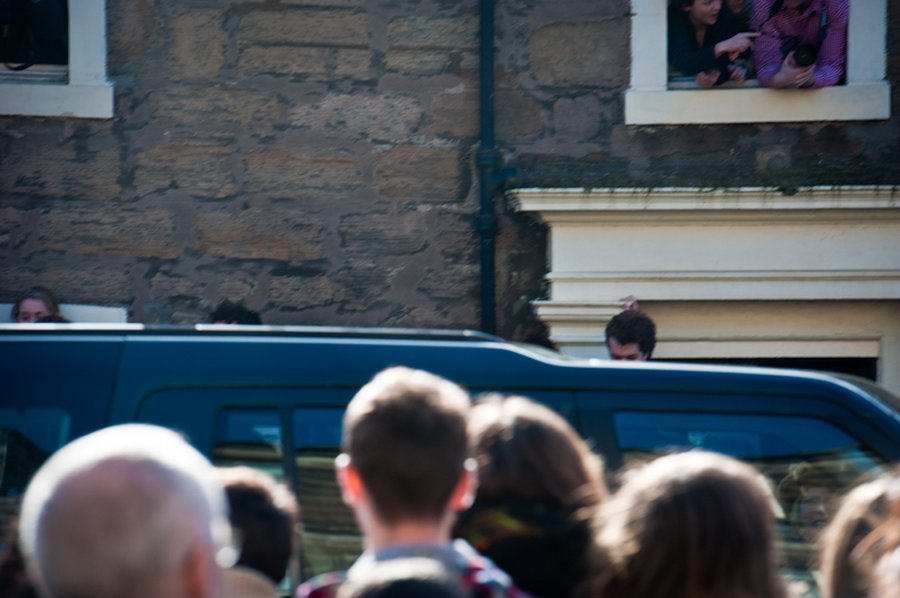 And I realized I was, because today was a gift whether or not I shook Kate's hand. Today was beautiful, and today St Andrews was made proud by a prince.

With spring and sun in the air, the scent of daffodils in our flat (thanks, mom-in-law!), and the future king on our street, today's been a day of celebration and good cheer.

In his speech, William said that St Andrews has the happiest students in the UK. For my part, I couldn't agree more.