The sea must have half a dozen beds, because it wakes up on a different side every day. Or maybe it has a dodecagon shaped bed (ok, I'm a nerd). Either way, today it was quirky, but addictingly jubilant. My lovely friend and I pulled on our scarves and coats and wellies and wellie socks and layers of jumpers and turtlenecks to go say hi.

How could we not, when it decides to look TROPICAL. Seriously, Scotland?! Teal? 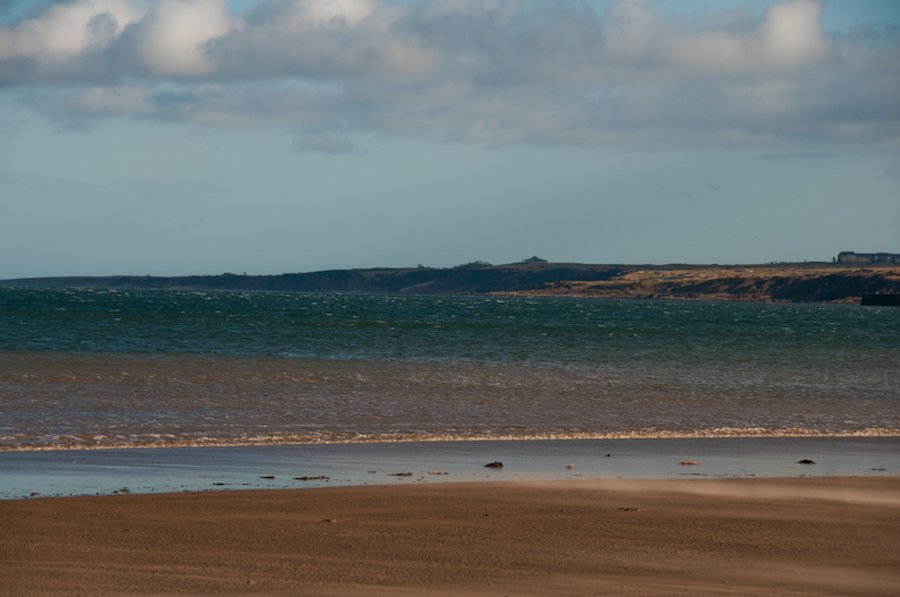 We’re talking still, barely licking the sand. Although large waves aren't populous here, neither is stagnancy. We could almost feel the flip-flops and striped sun-stiff towels . . . 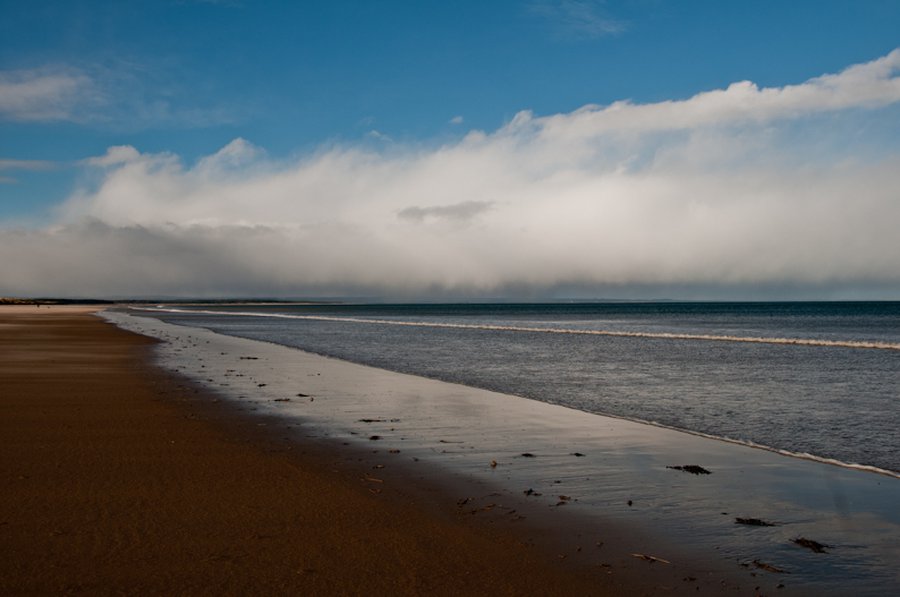 But in a strange happenstance, while the ocean was chilling, the sand was rushing about like a toddler with matchbox cars. All. over. 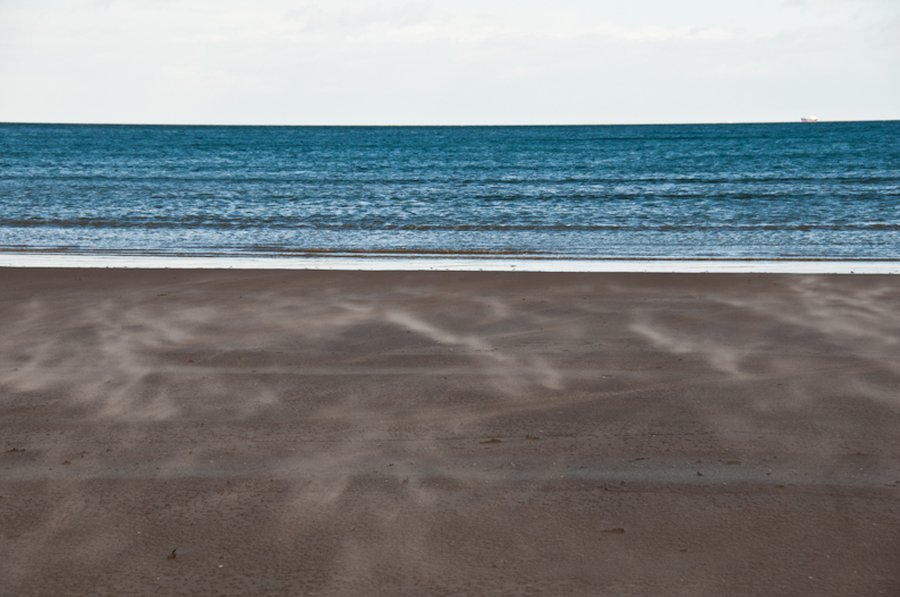 The wind was snaking the sand in smooth undulations (poemy as that sounds). 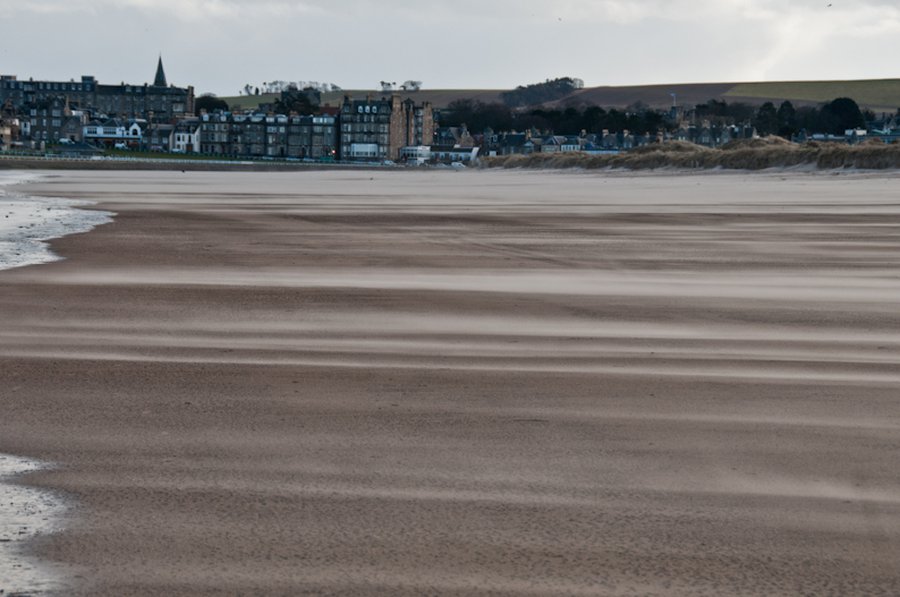 But it was making sine waves, and the word for that really is undulating.

These sand stormettes always makes me feel like I'm on a camel in Saudi Arabia and the sand is separating around us and biting our eyes, except, of course, it's really just flowing around my boots. I'm sure I demean those who have been in sand storms, but the sand skimming its own land is something. 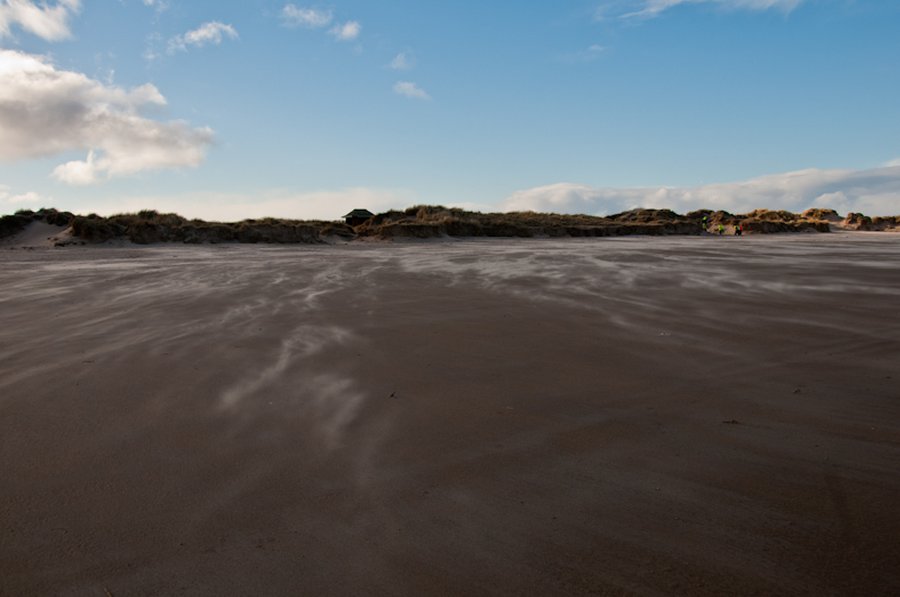 Sand was coming out of my eyes an hour later. So worth it, 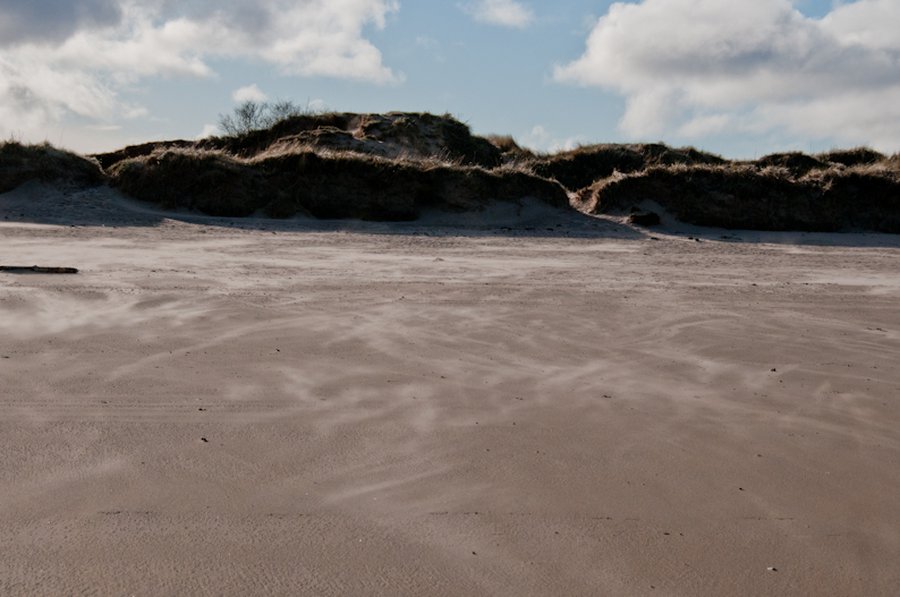 'cause when the beach decides to run headlong into the ocean, you can only smile at its guts. 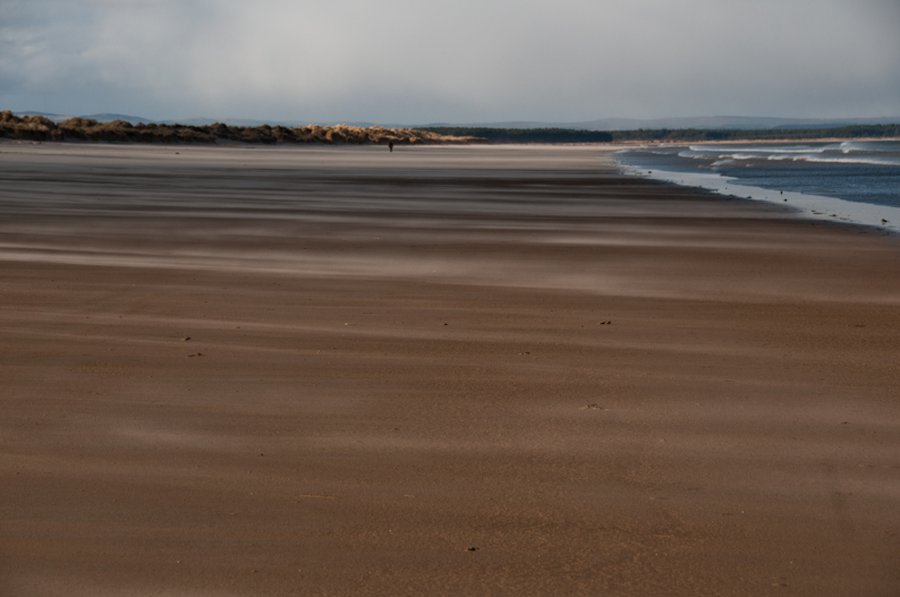 Walker taught me that waves come in sets (which in about sixty years I might have realized, but never had). Role number 479 of my husband: cool facts provider. (Do you want to know about the Hoover Dam, because he knows a boatload of info about that, too . . .) So, the sea was contained and silent for a few minutes, but soon enough the sandy wind would push into it, and force it to jump up and dance. Soon, flecks of water jumped into the air for one glory-soaked instant of freedom and bliss. 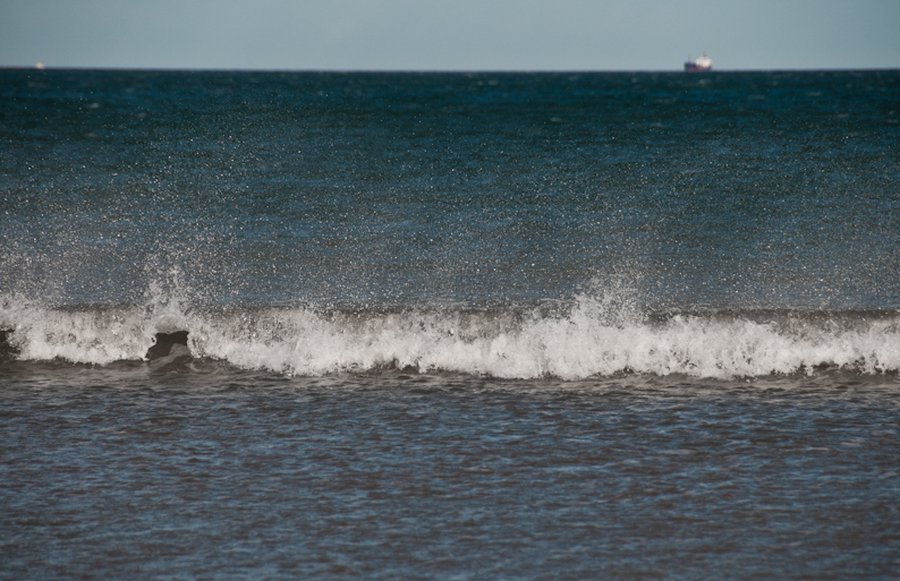 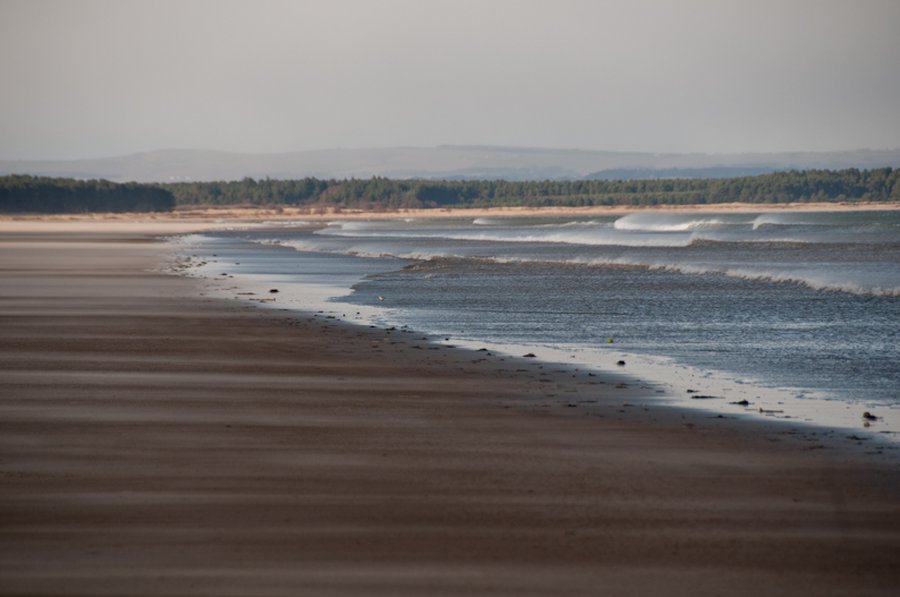 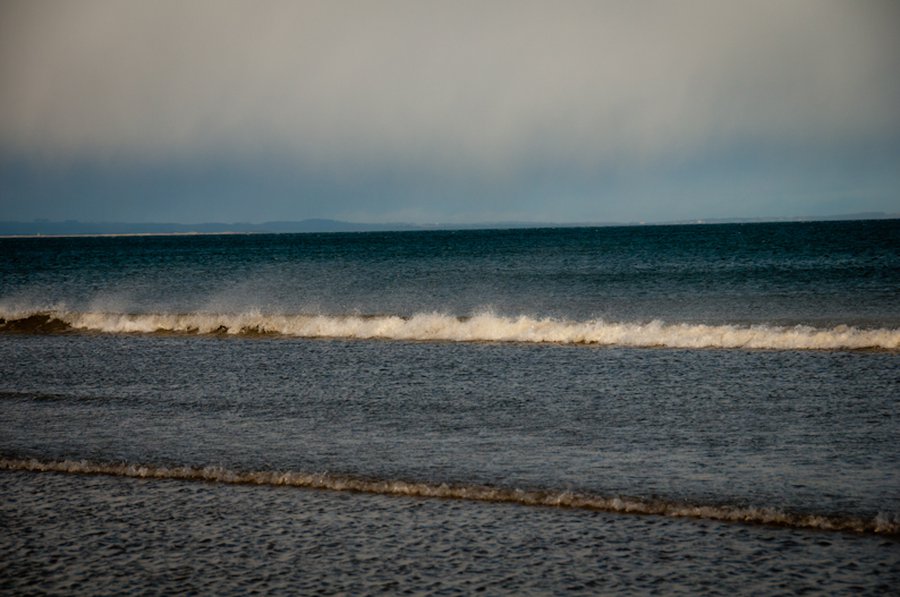 Some afternoons the ocean is consistent, the waves repetitive, and walking along the beach you forget to notice them. It was having none of that today. We walked from gusts that define blustery to a few raindrops like water splashed from a celestial cup, into the sun literally 15 seconds later, into a world with ships smack on the horizon 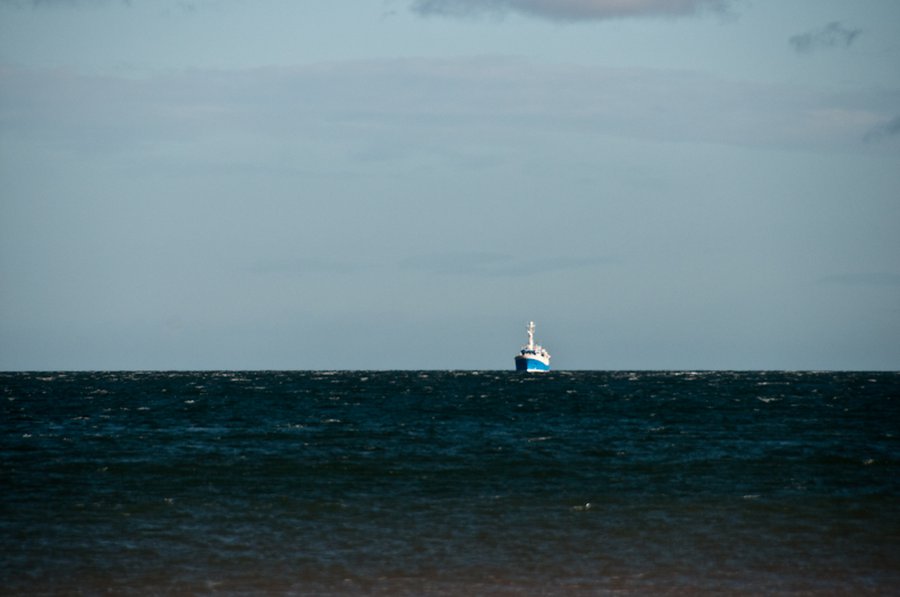 and birds running sideways at the rim of waves. Living on the edge, baby! We laughed and laughed at this little guy scooting around on his little sticks. Walker says he has Michael Jackson moves.

In the end, I do think the sand, perhaps, won out in the realm of the flamboyant. 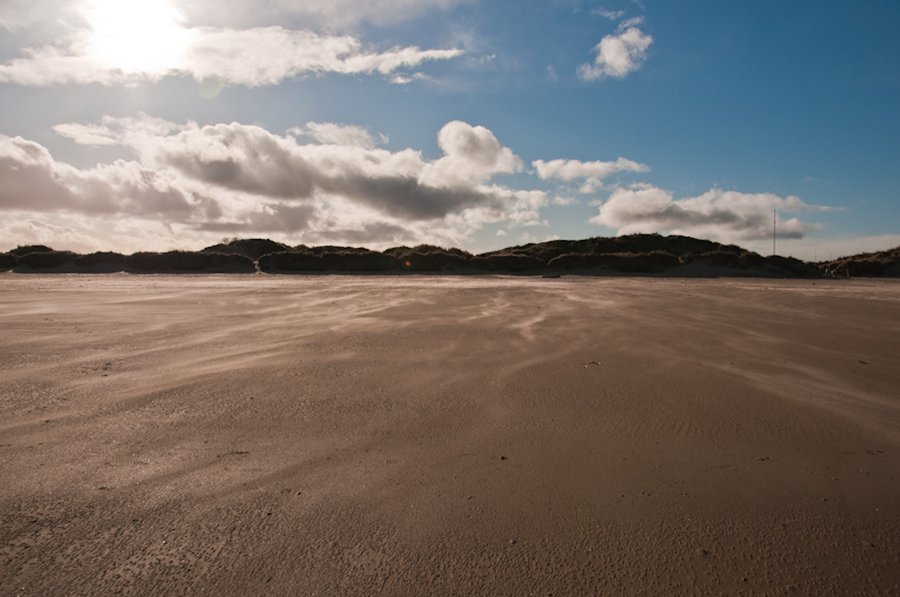 It had skimmed itself off to the point of showing a shrunken village hidden beneath like adobes in the plateaus of New Mexico (or so I imagine). 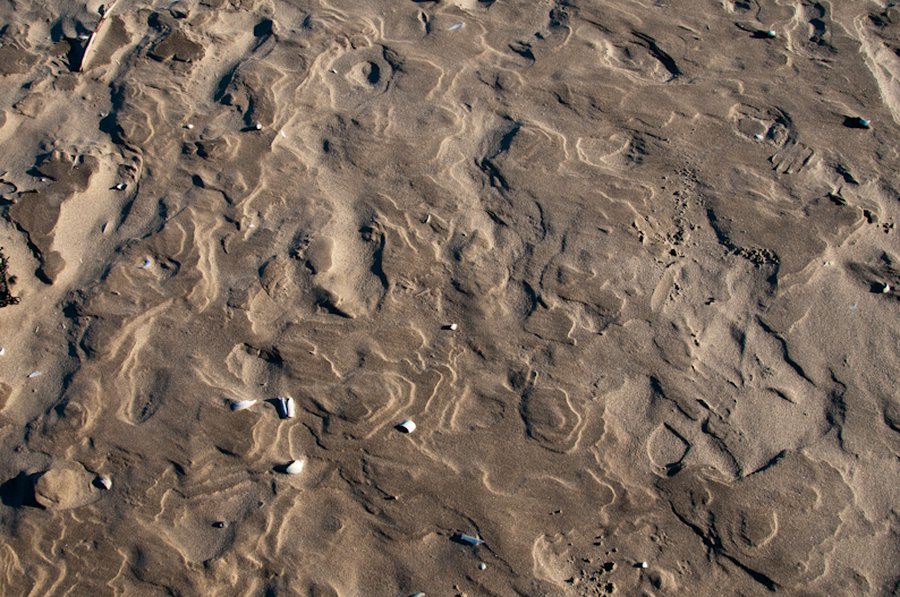 Some days are just to be savoured, their details tucked away for, say, a day in an office somewhere in the future.

This has been a day out of focus, and then in focus, and then out of focus, continuously, as if I’ve been holding up a glass looking through the bottom at something I can’t really see, but want to. I’m planning a trip (shocker, over two weeks ahead!), and have been walking along canals in the future, and pinching frites out of their cones (oh bliss, double fried potatoes), smelling those dense Belgian waffles. . . but all of that I can’t really see yet. It’s coming in and out of focus in my imagination, which is fun. Imagination is what pumps oil into the lamp of anticipation, eh? 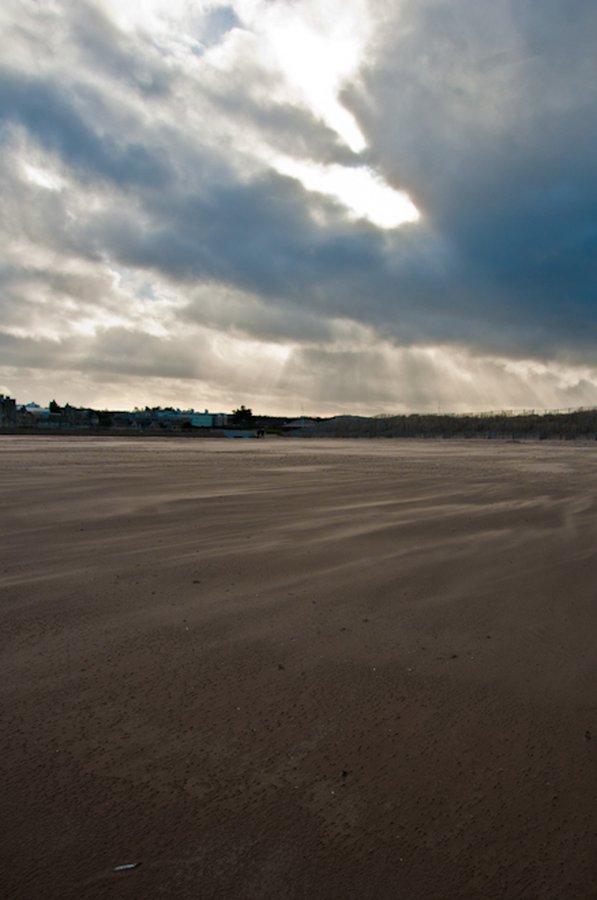 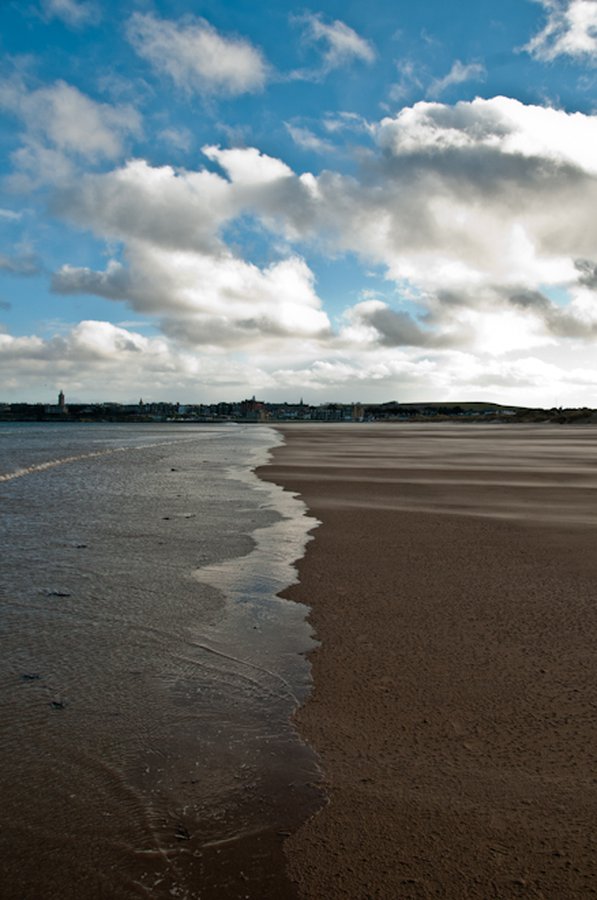 After looking through photos upon photos of hotels, I've looked out into our garden with relief and thought how idyllic I have it right here (so much so that this seems just as good). So I dream and plan, but come back to rest in our little haven. From our little windy peninsula, along our sand-blasted beach, up a little hill, a key turns in a garden door, and you come past neon green buds into our sunny plot of garden. From my warm spot by the heater, I'm looking out at the sun loving it, too. May it be so for you!