For three days, the ashes were so thick you couldn’t distinguish faces six inches from yours (Pompeii, AD 79).

Two weeks ago, my nerves remained taut when our tour guide informed us, with an air of complete ordinariness, that Vesuvius was due to explode again. Please may this tour go fast, I thought. (There Volcano Vesuvius sits, cool as a cuke, in the background.) 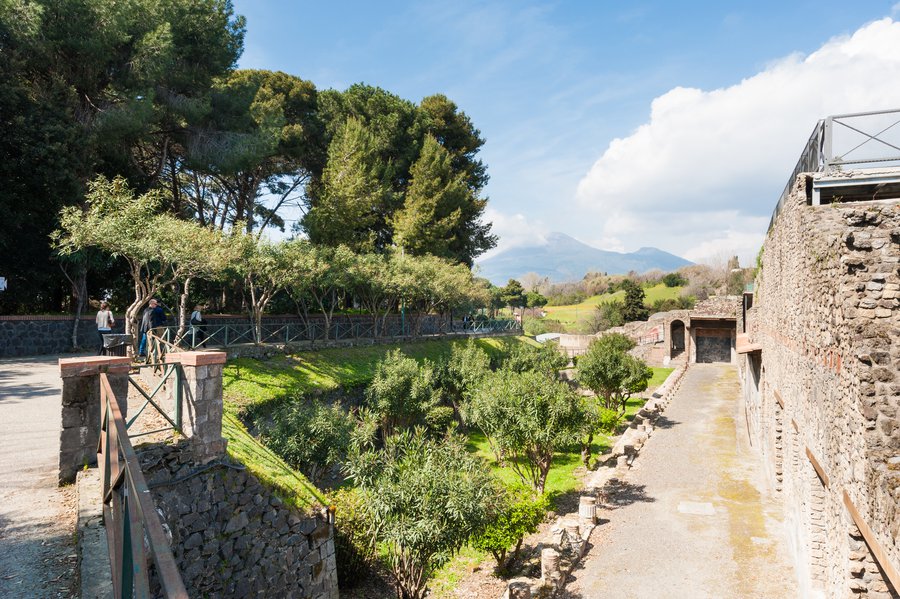 What Italy does better than anywhere is a history so deep you cannot reach the end of it, no matter how hard you feel for it. Doorways and walls from the time Jesus lived? I can barely imagine the discovery of America!

Walking around towns and farms preserved indefinitely like pickles were always my favorite field trips in school. Williamsburg, Philadelphia, Sturbridge: hello, life-sized diorama that I can walk through like I'm a paper-doll! Imagining the smells of stone-baked breads and puddings, seeing the size of hay mattresses---I’m so there. This trip, smelling the bricks and walking on stones that Romans walked on 2000 years agitates something creative that made me want to fill it in and questions bubble up in my mind like lava. 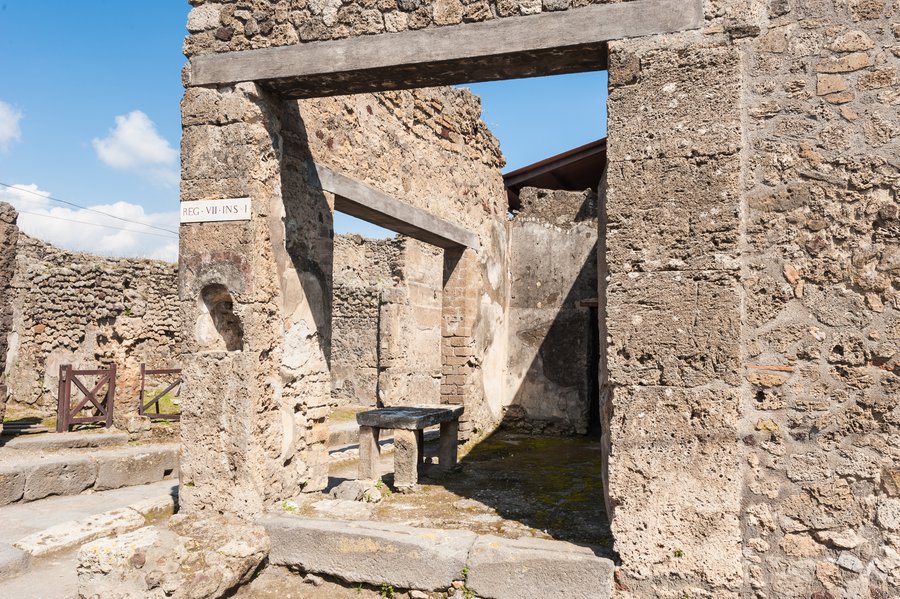 (This was some sort of shoe shop. How an archaeologist got that one out of a single bench, I will never understand!) 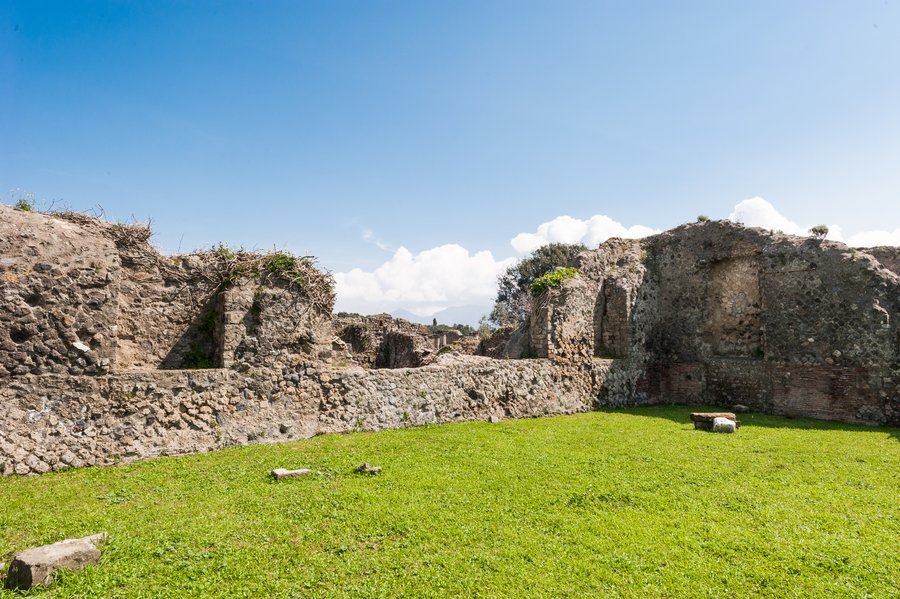 I’m sure I learned about Pompeii in 8th grade, but all I remembered was that Vesuvius had covered it, and archaeologists had found and un-dug it. My 11-years-later field trip revitalized the story.

Pompeii wasn’t covered pools of thick lava like the landslide I had long imagined; it was covered in ashes, which contained toxic fumes. Of the 20,000 residents, 15,000 escaped, and the ones who stayed didn't realize how bad it would have been. The petrified bodies popularly shown in textbooks covering their mouths were probably not praying, but trying to breathe. I can’t stomach putting up photos of those and the dogs’ we saw in glass cases. The ash effectively preserved the entire city for almost 2000 years, until (get this!) Mussolini commissioned the city to be dug out of the ash, the daily lives of a whole city revealed.

Back in the day, town of Pompeii was large and extremely wealthy. Almost all the homes had pools, filled by a big hole in the roof and fresh rain. Residents lived sumptuously (unless you were a slave), many spending the afternoons in the elaborate spas. 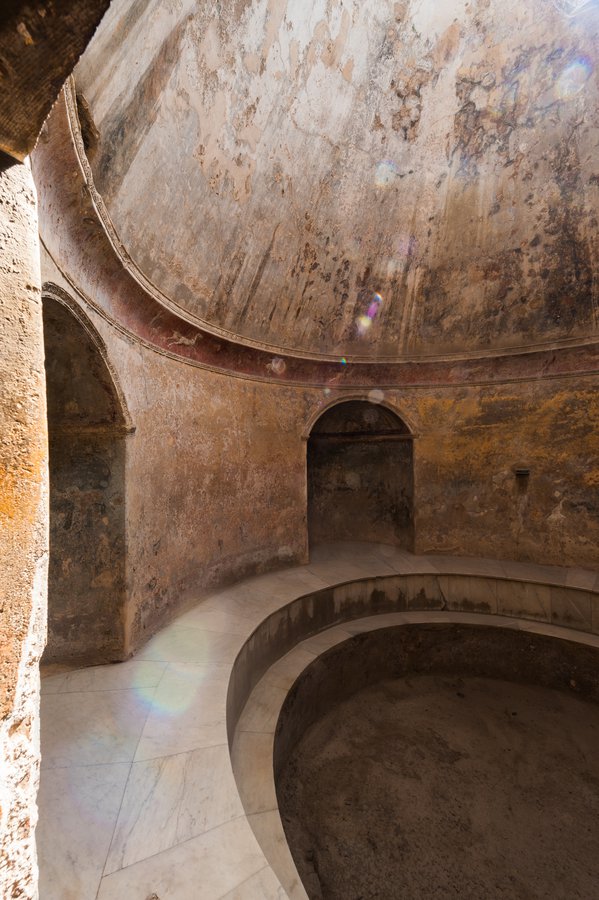 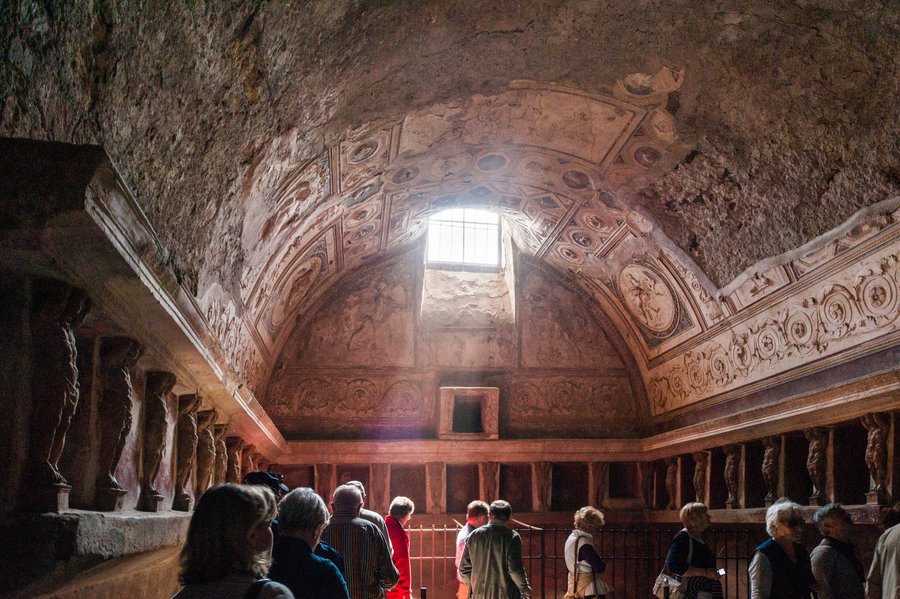 Although certain aspects of the society were distasteful to modern cleanliness, Pompeians were quite advanced. They built water systems to flow from mountains to public wells, which marked directions instead of streets. Hey man, see you at the Bear Well. Also, McDonalds had a predecessor in the over one hundred fast food joints across the city. It's true; we saw their soup stations.

While there are a thousand facts to be learned, a thousand lives to be imagined, what I pull out of the push of information about Pompeii is the gift of seeing. Seeing that humanity roils underneath both ancient stones and modern sidewalks. We buy and sell, we eat and sleep, we beautify our surroundings, we love. This might sound monotonously cramped, but I find it beautiful. I don't wish on myself walking in sandals in the winter, but it could have been me, walking under these arches, jumping onto the sidewalk to avoid the wooden carts.

Instead of frescos, there is smooth paint. Instead of an indoor pool, there is a sink. Although the tragedy and pain is saved for us at its peak in Pompeii, so are the instants of everyday life, the wagon-wheel ruts, the water vases. 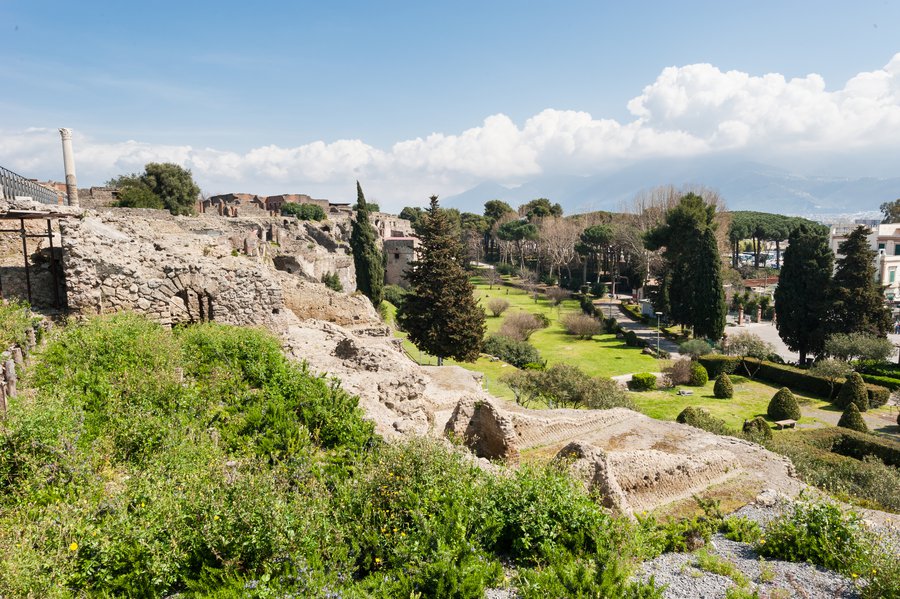 And that's about all the information I should ever put into a blog post. No fun! Anyway, it looks like the bell's about to ring, so I'll let you go with no homework. Deal?