(some say.) On the upper ankle of the ever-fashionable boot that is Italy there is a stretch of splendor called the Amalfi Coast. The drive along the precipices started a mere ten minutes from our hotel in Sorrento. I simply have to show you. 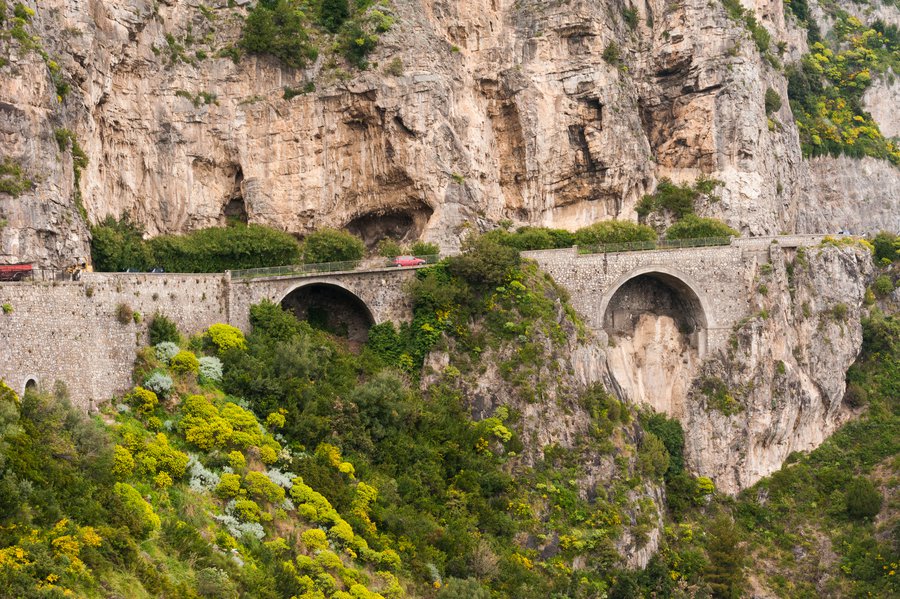 It was rainy and warm there, and it's sunny and cold in Scotland exactly two weeks later as I write, and I’m just going to let the photos do their thing. Because this place is gorgeous (no pun). 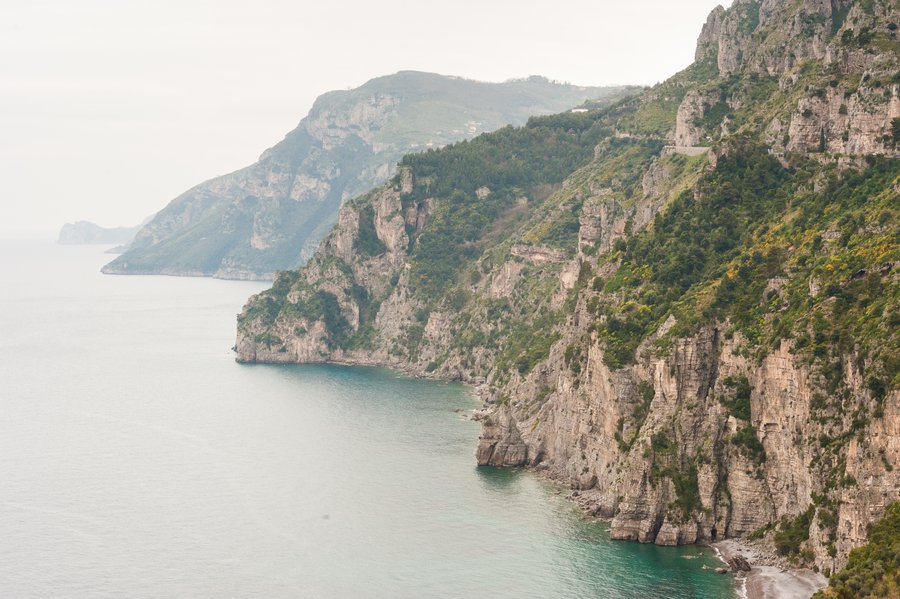 The weather was a bit less than pristine, and the fact that these photos distinguish buildings through the rainy car windows is remarkable. At some points along the way, the sky just let go, and the car got a washing. 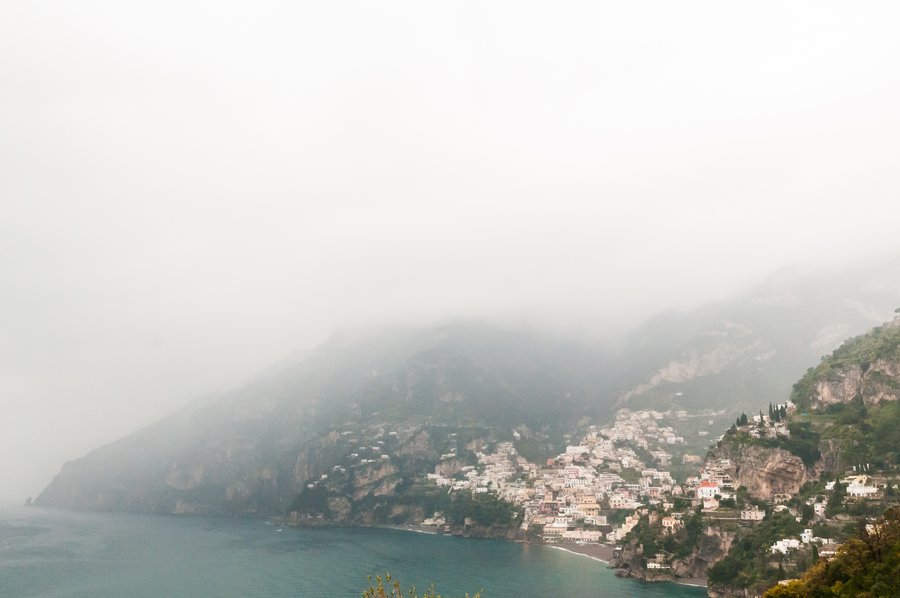 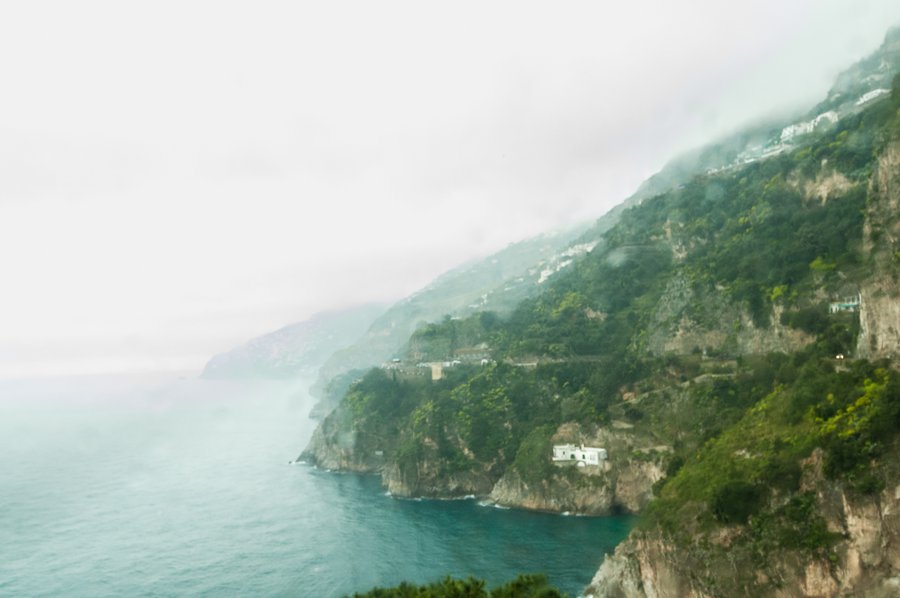 Still, to have looked straight down at teal water thrashing against a face of impenetrable stone hundreds of feet below our car was a gift. 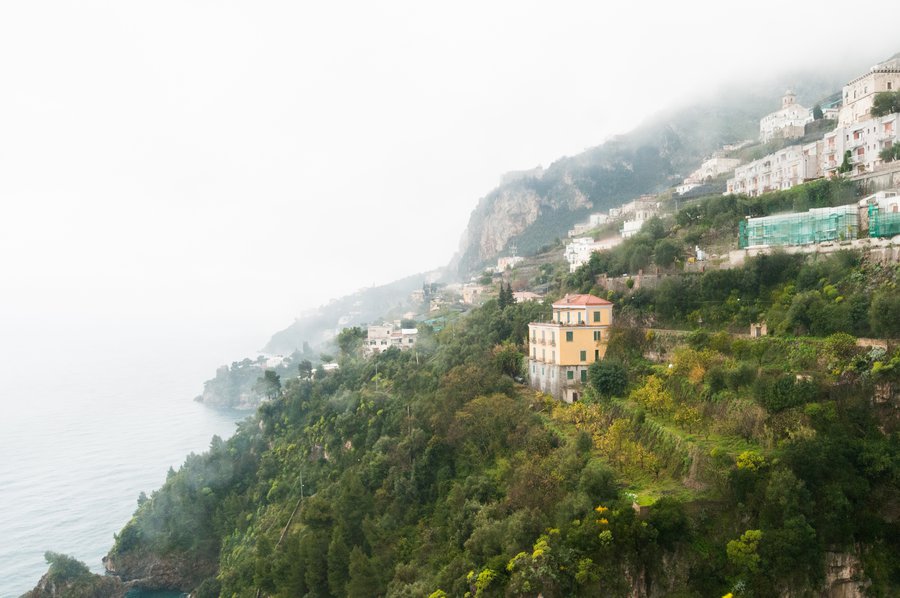 Our tour guide talked with his hands (but not while he was driving). So, he was authentic. 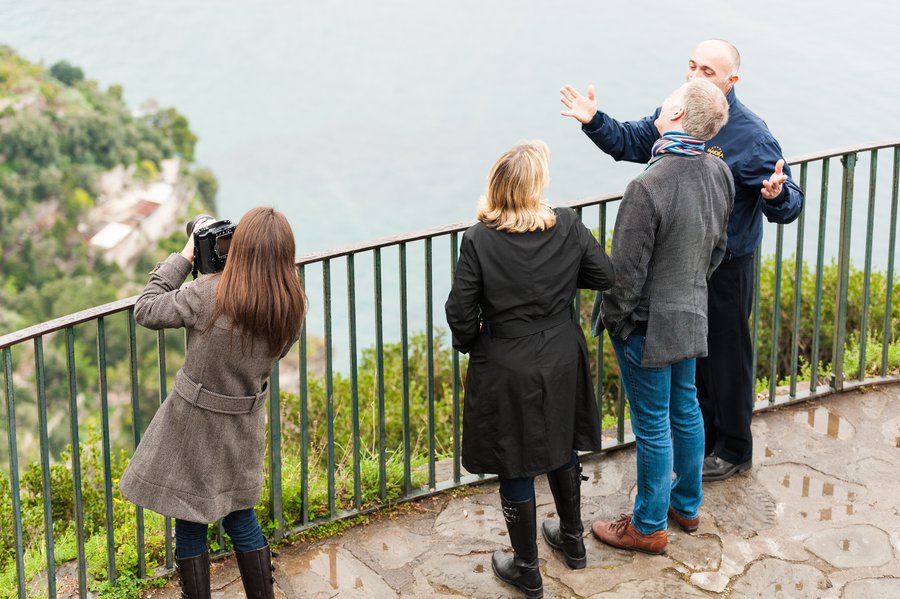 Always dreaming of Scotland, I swear these islands could be Scottish. 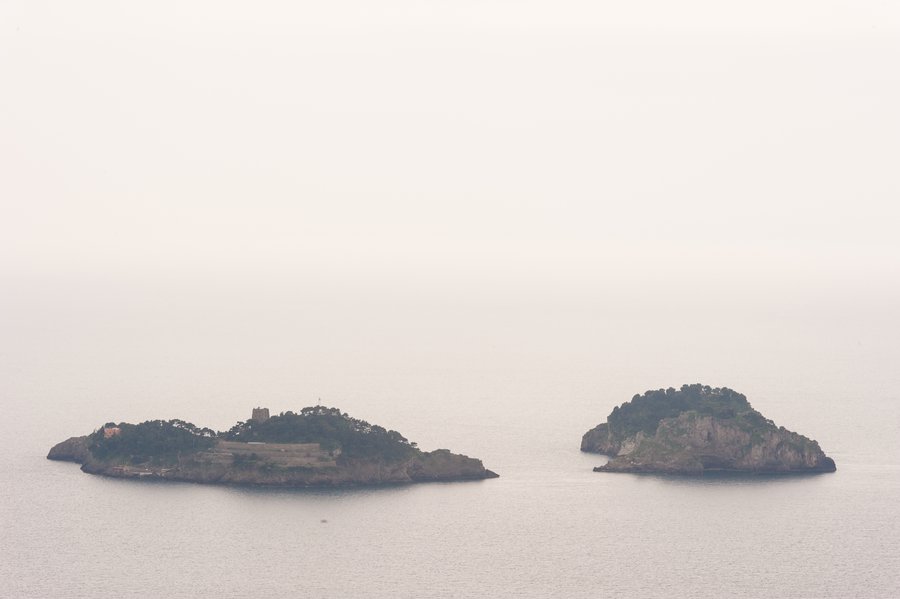 The Roman arches forced into the cliffs made me wonder 1. are these still safe? and 2. how exactly did building these work? But I wax inquisitive. 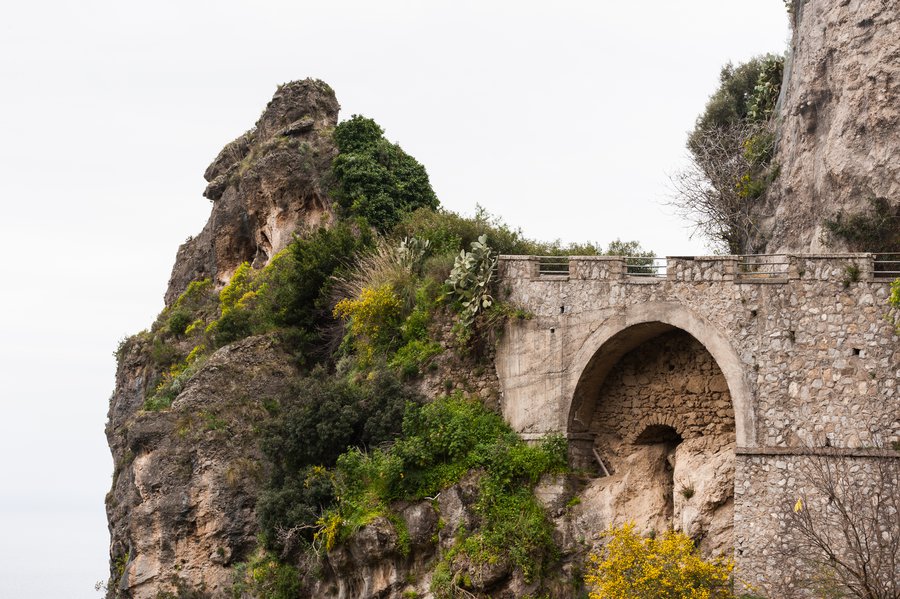 We passed about 6 towns stepping down into the bright Mediterranean. The biggest was Positano, where the rich and famous often linger. Film director Franco Zefferelli lives in the white estate overlooking the second, smaller beach here (about smack dab in the middle of the photograph), 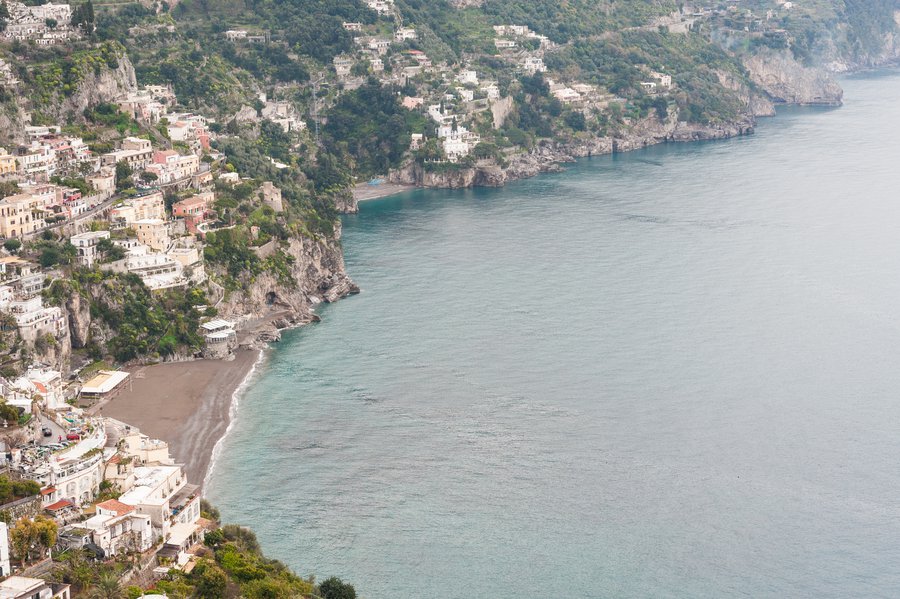 and we ate lunch along the largest beach, and although you can't tell from the photo, the sand was dark. I say no thanks to that and yes please to the popsicle-coloured buildings! 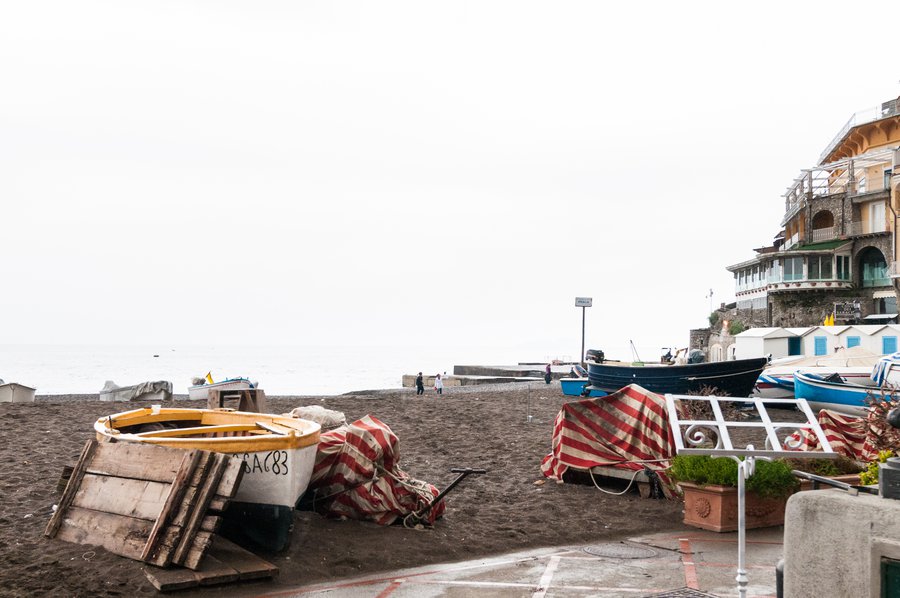 Winston Churchill himself frequented this property near Positano, now used for destination weddings. 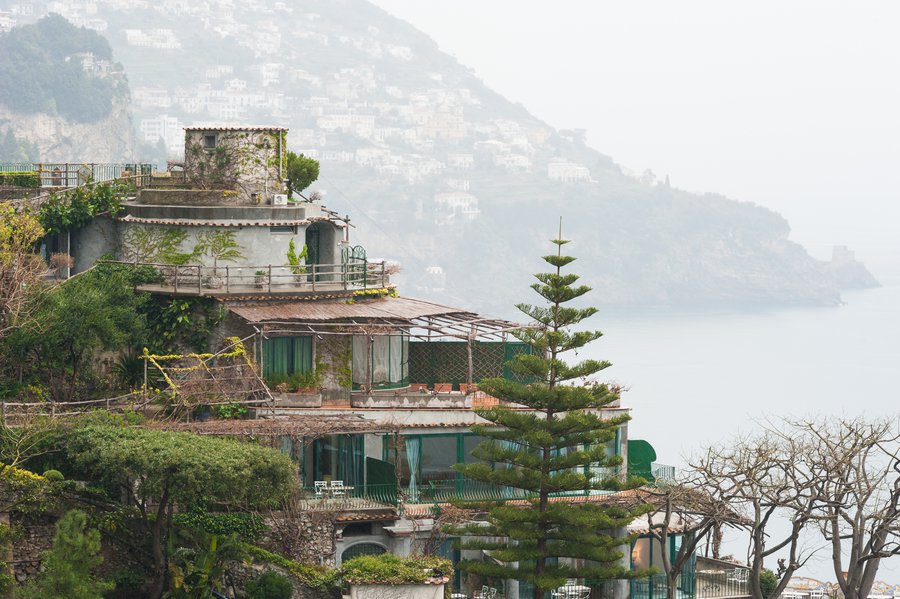 Also spotted in Positano was this. Walker took the photo, so I can't claim to know why the house looks like it's from Peanuts. 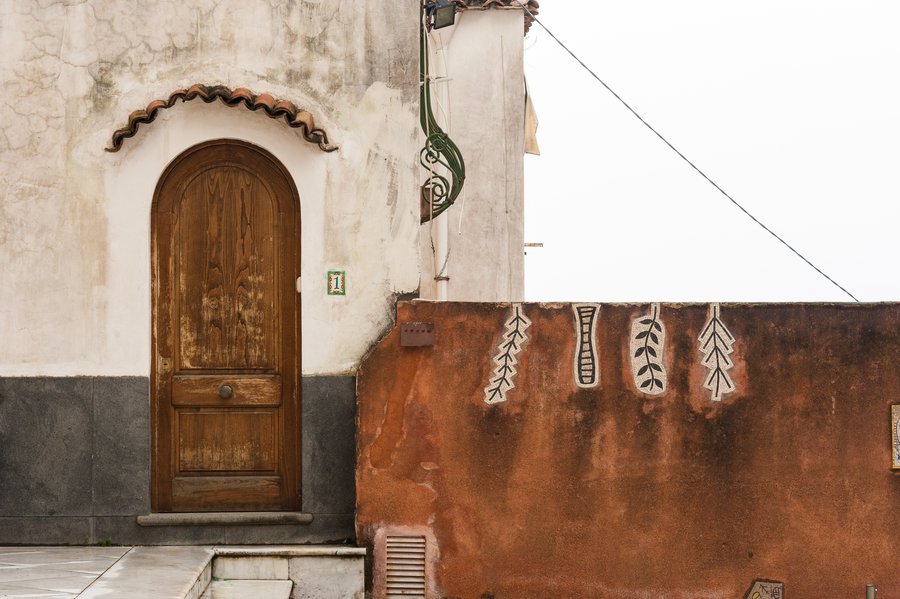 The first beach walk we ever took, Walker brought his camera (teaching me was our guise). On the return, we climbed up the dunes to the golf course and walked back over twilit greens. He stopped and shot a single tree, and I sat down on the short, soft carpet of grass Indian-style, watching him. His tree-fascination levels, I am happy to report, remain high. 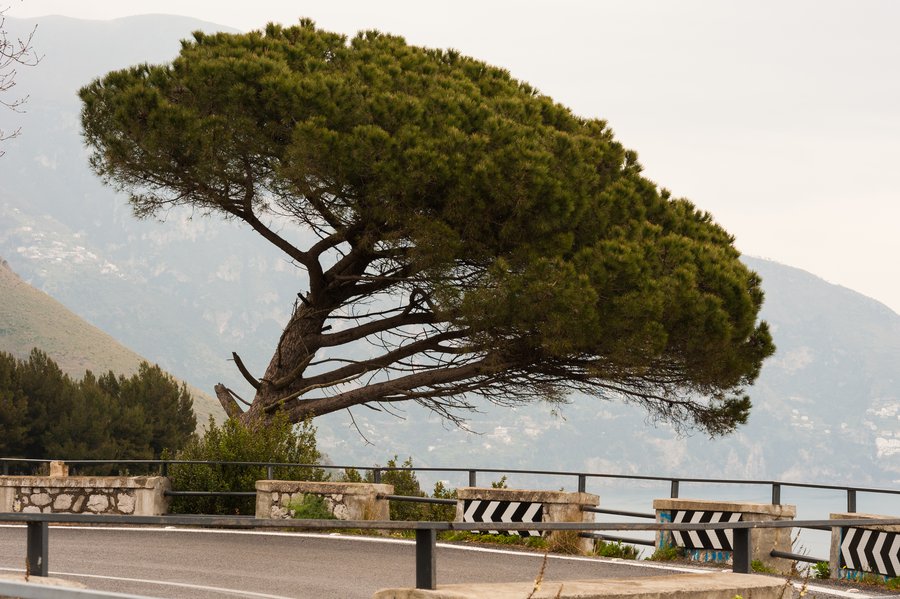 As do his rockin'-awesome straight-ahead photos. 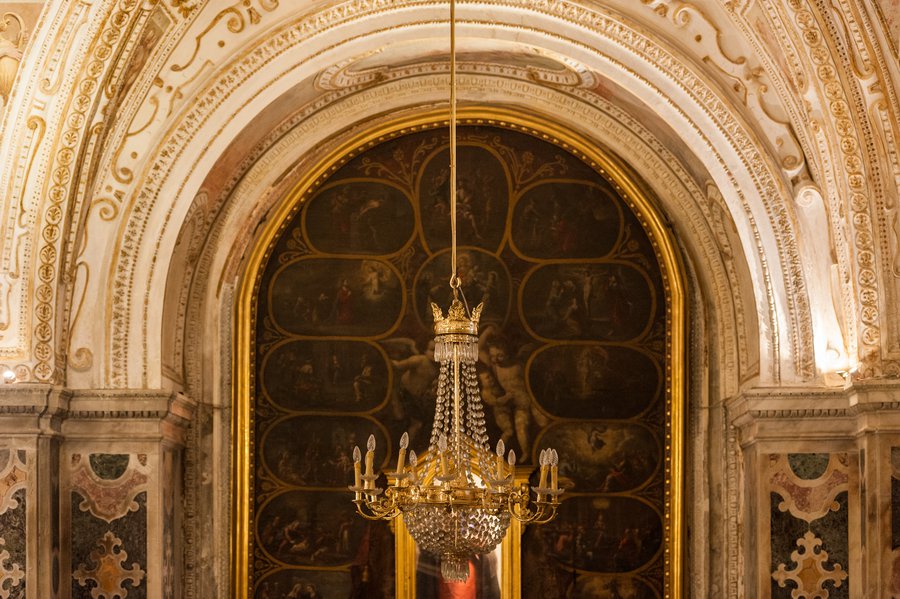 The rain didn't stop us from gathering instants off the ground and from the air to show: the superduper large lemons, the ordinary balconies and old church gates, the stacks of town signs and vibrant flowers, and yellow in every whichway. (Apologies for the one duplicate photo from earlier. Bonus points if you can spot it!)

The more I learn about photography, the more the tide of uncertainty rises as I realize there are a trillagazillion more things I don't know how to do. That said, I love this photo of the serene Amalfi church, despite it's flaws and cracks. I love the high light bursting into the dark corridor. 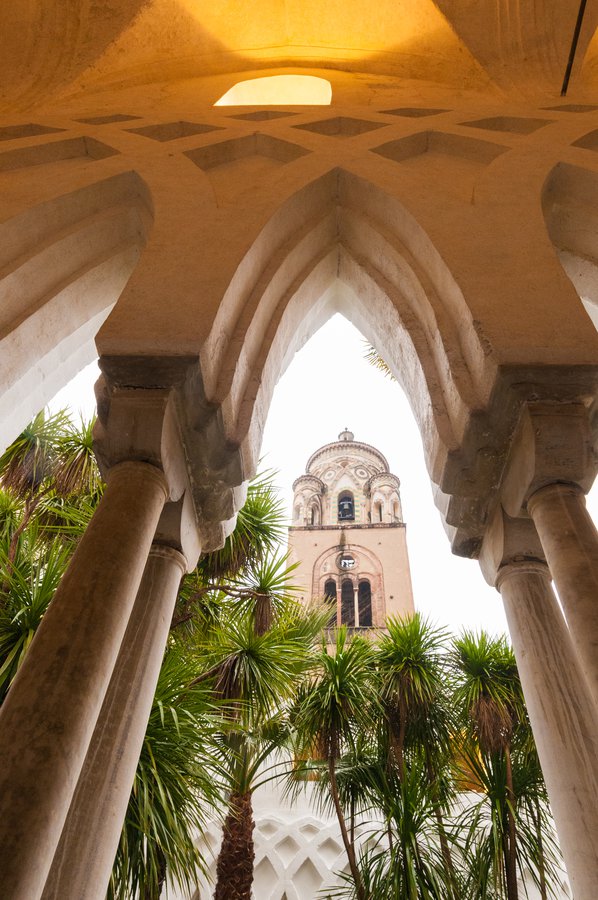 The place was silent, empty, and after the 3 euro entrance, had one of those can't-believe-this moments when we stepped inside. This church is in the middle of nowhere in a town on some jagged cliffs. Somehow, religion decides to trump that and stick it out.

During the six hour drive, Walker took on the shotgun seat thanks to a proclivity for nausea, and had the task of conversing with our kind driver, Vincenzo. Apparently, Vincenzo thought Walker liked signs, because literally every sign for a town we passed, he stopped dead in the middle of the narrow, two-direction road for Walk to take a picture of the sign right out his window. How funny are some people's kindnesses?! Meanwhile in the back seat, I hoped for the best, that we wouldn't lurch of the cliff from being rear-ended. We also stopped beside the road sometimes, like this, which I believe he called a postcard view.

We were informed by Vincenzo that the best thing in every single one of the towns was the church, and during one rain-storm, he stopped at a town and told us he'd see us in a half hour. To the church we went.

And in true tour-guide fashion, I'll tell you in turn that this hotel near the purple flowers has a private elevator to the sea, is one of the most expensive hotels in the world, and has housed the Clintons. In the right photo, you'll see where a fjord created this gash.

The road we took was well-traversed, well steep, and well colourful, as the Brits would say. The tucked-away towns reminded me of Cinque Terre, but the splendor and shocking height of this cliffs is unmatched in my travels.

The view may have been steamed and muted to a watercolour in the rain, but that only heightened my imaginings of how brilliant this drive must be in the clear. In my happy dreams, this place is already barely rainy (Vincenzo said it never rains, and I'm beginning to wonder if the magic of the vision tricks us all into thinking that in hindsight), and in my dreams, these cliffs will never shrink, because next to them, we felt so tiny.

That is one of the things about traveling for me, realizing my true size. Realizing that despite my size, this beauty is for me to enjoy. 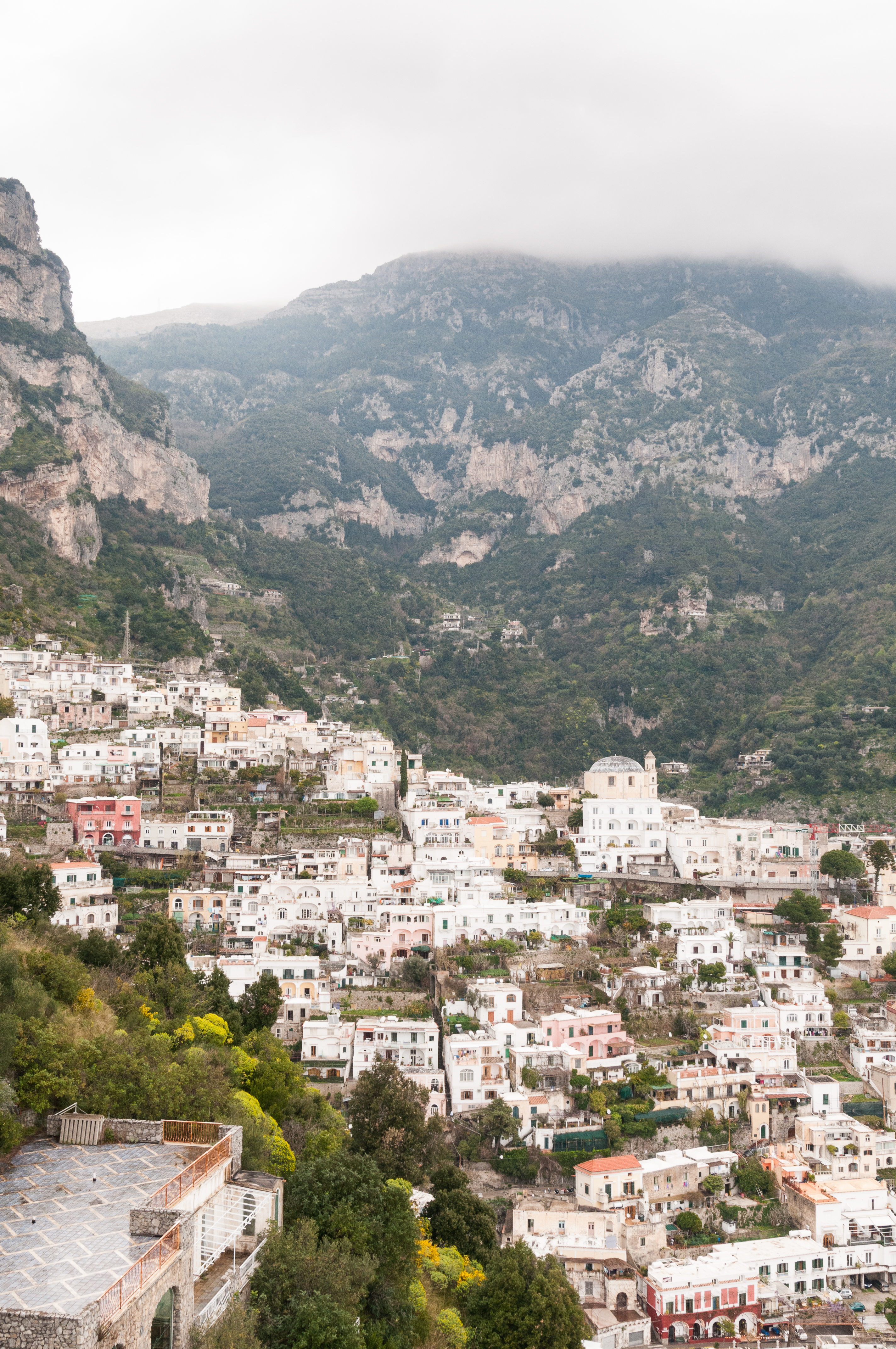