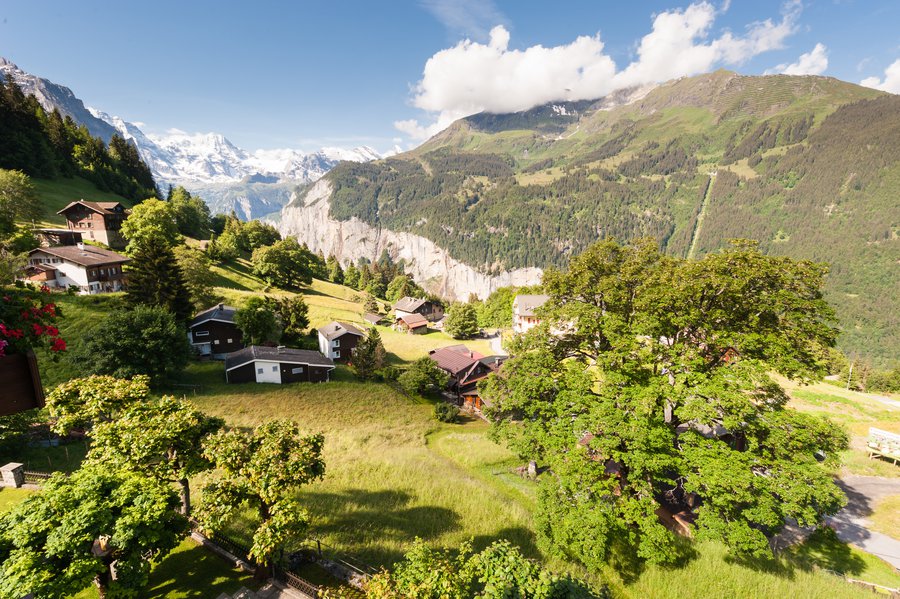 We opened our balcony door yesterday, and stepped out into a choir of cowbells and sweet mountain air. It's delicious here. Delicious, sunny, and cool. I want to bring it all home. 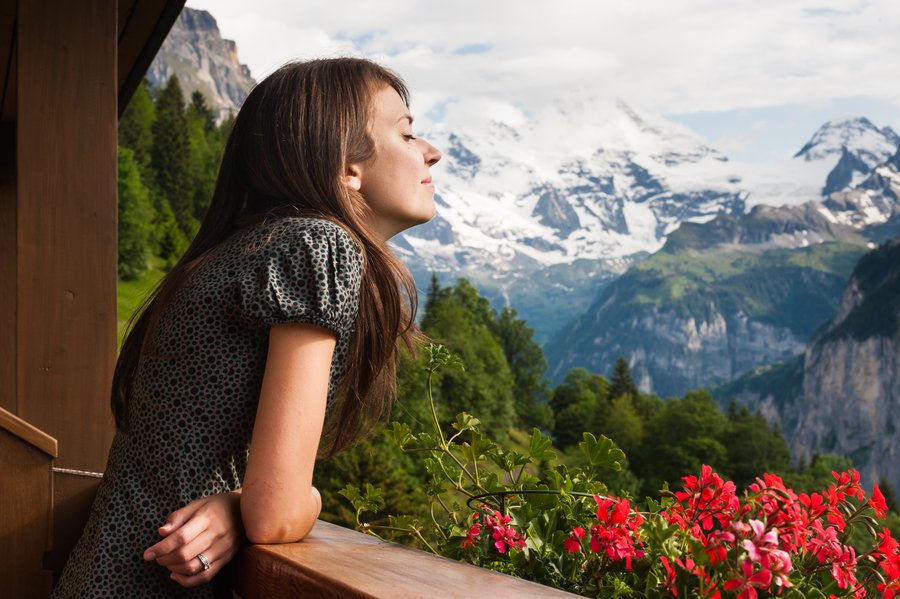 Yesterday was a train day from Geneva into the mountain town of Wengen where our hotel is (howdy, 4 connections!), and about a quarter through our journey, a man with a thin moustache, red plaid shirt, suspenders, and felt hat with feathers walked by us on the train. I whispered Walk about four times in varying volumes until he looked up, and could share in my Swiss glee. Other than yodeling, my stereotypes are pretty close toasties.

We started seeing red awnings and white and brown chalets with green shutters and long roofs that extend almost to the ground sooner than I would've thought after leaving Geneva. My jubilance increased with each one. There is something magical about childhood imaginings coming true. Walking sticks, dormers with mini-shutters, and vests became more prominent, as did my slight fear that we would end up actually in the middle of nowhere. We did, and it is glorious. 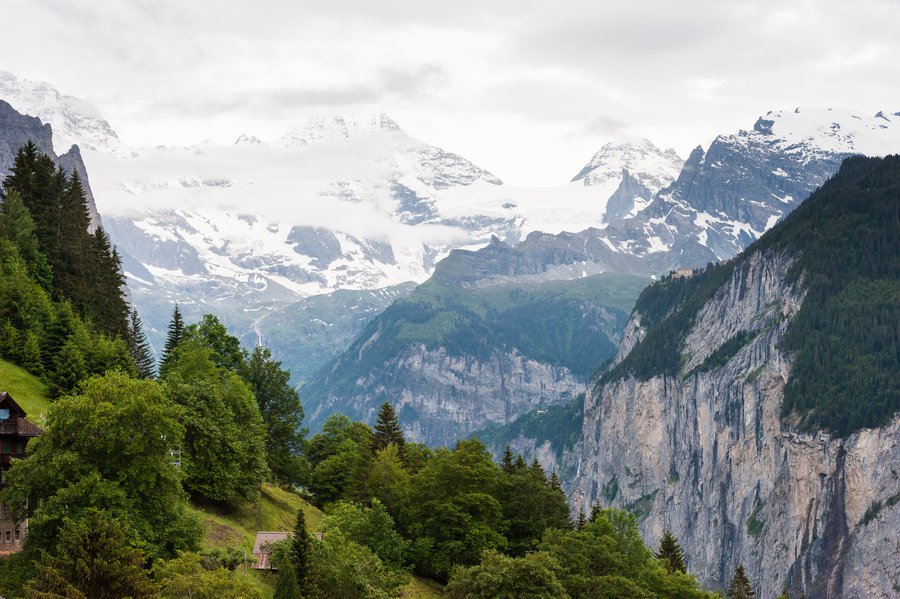 We passed teal, clear lakes dotted with sails and ducks, and chugged out of mountain tunnels on a cog-train into Wengen. This mountain town (whose residents must number less than 1000) is pristine (they have street-sweepers on streets too small to be named), and fresh. 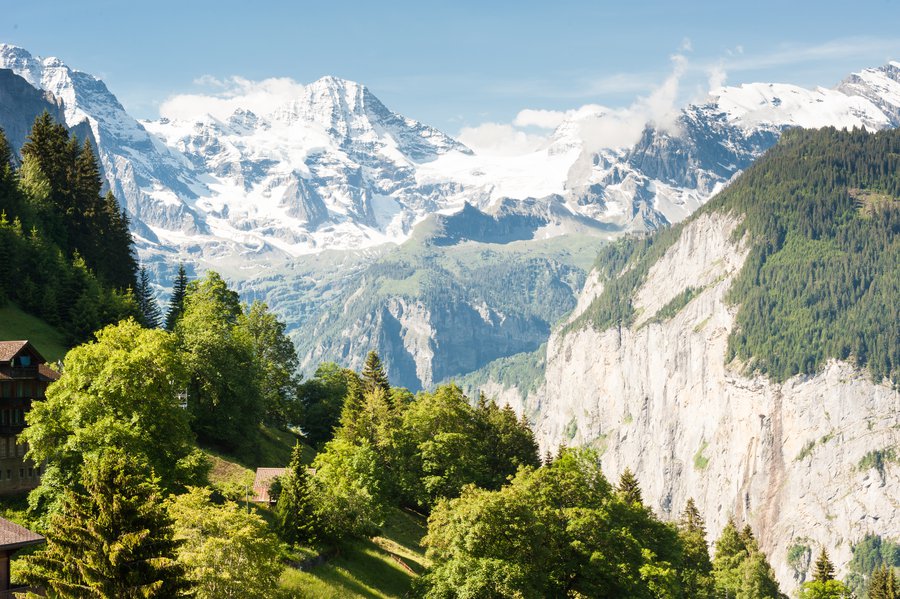 Walk, I said on a quick walk around Wengen last night, don't you feel like you're in a dream? (that light on the mountain is the waterfall being lit.) He didn't feel as ethereal as I, but he does find it almost as awesome as I do. 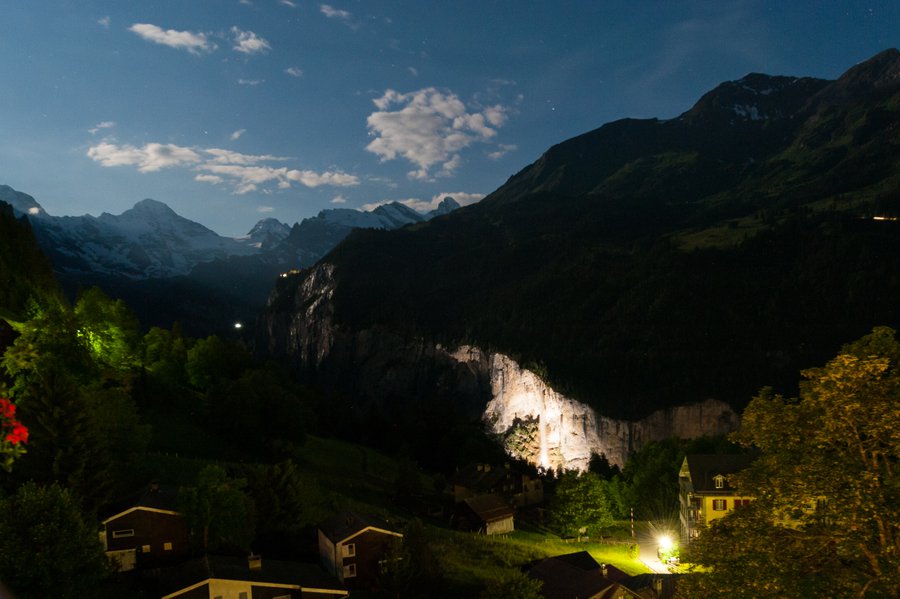 By the by, Walker (who, you know, is the best photographer I know) took these all out our balcony. 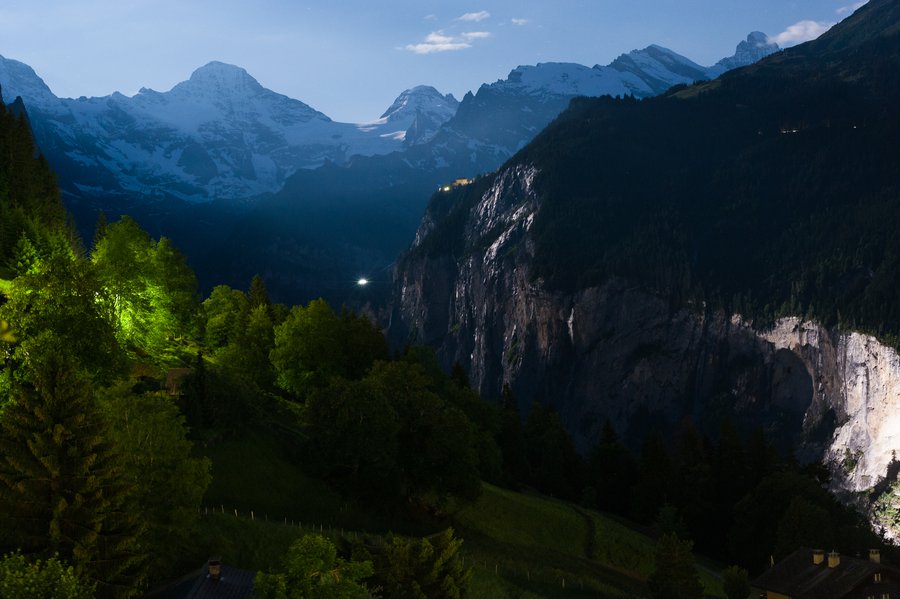 I just wanted to throw in a dash of what is to come (we hiked the Alps today); did I have premonitions of Sound of Music? 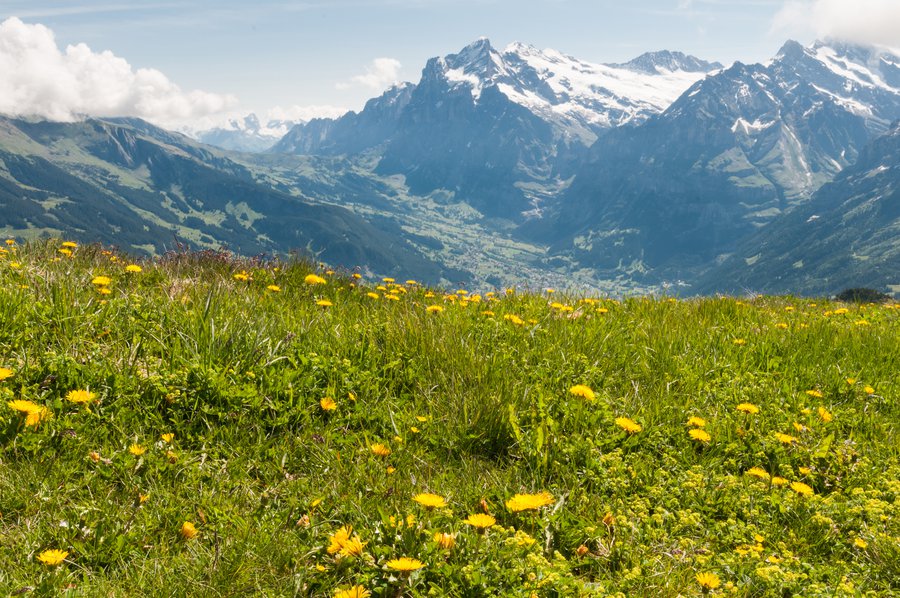