Serendipitously, when we were planning our trip to Arizona, we stumbled upon the coolest thing (in many senses of the word cool). I knew we'd be near my friend Naomi's place, so I searched nearby her address for attractions. I discovered the Desert Botanical Garden would be having their yearly winter luminary show while we were in Arizona. 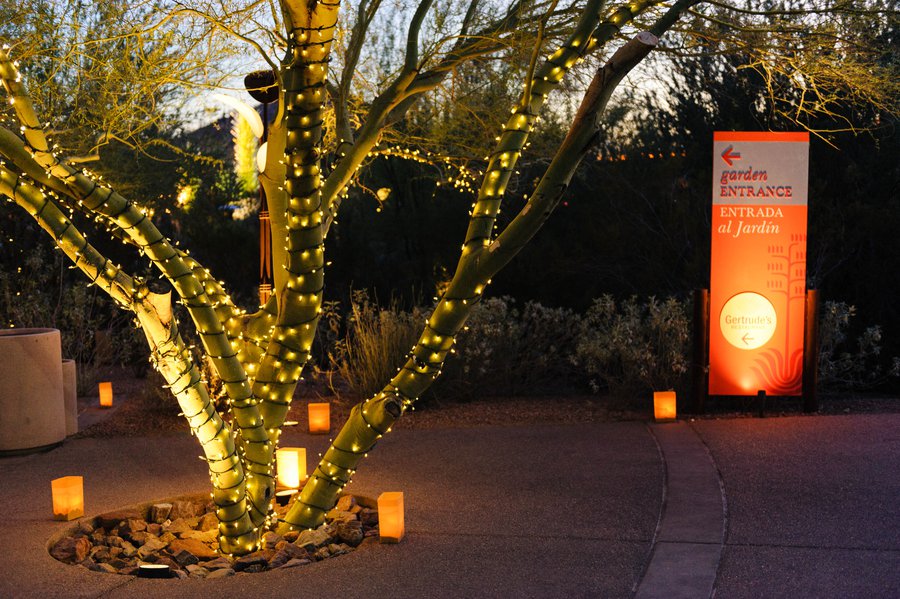 We showed up to a huge botanical garden that we could've spent hours in, lit by luminaries on the gourd, on ledges, on paths, and even on roofs. To round out the celebratory mood, there were also glass-tipped cacti and live bands dotted around the whole garden. 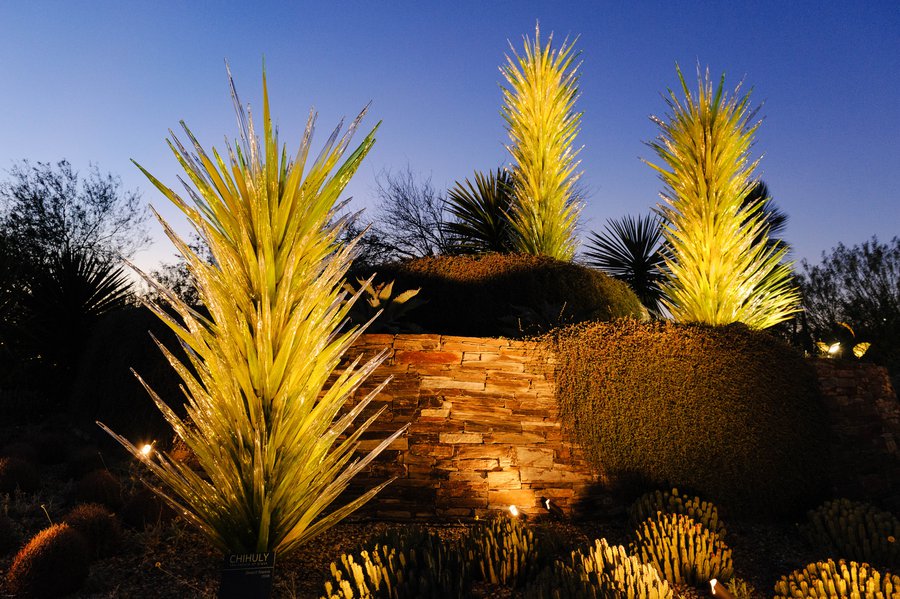 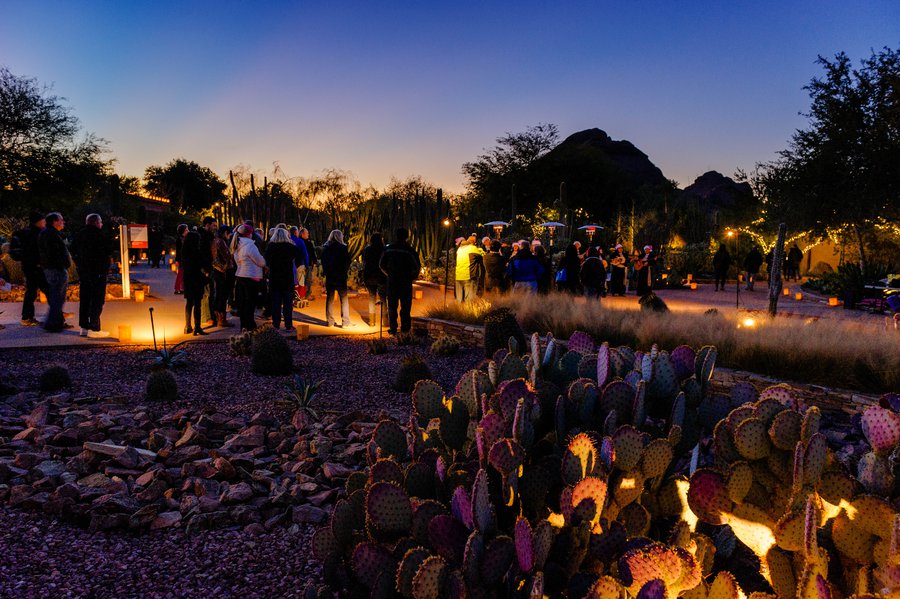 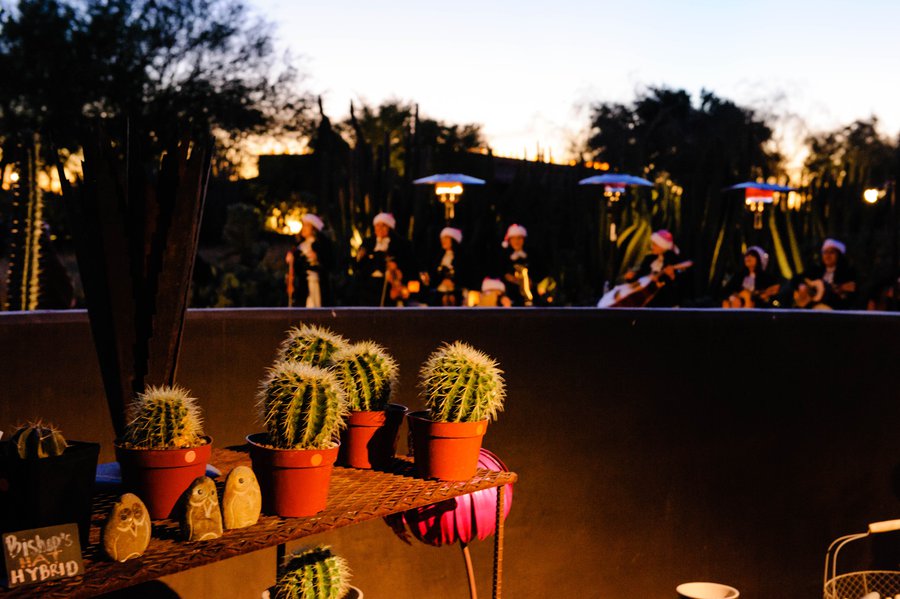 The light show was extensive, with over 8000 luminary bags with real candles (how to they get them all lit each evening?), as well as streams of light strings everywhere. 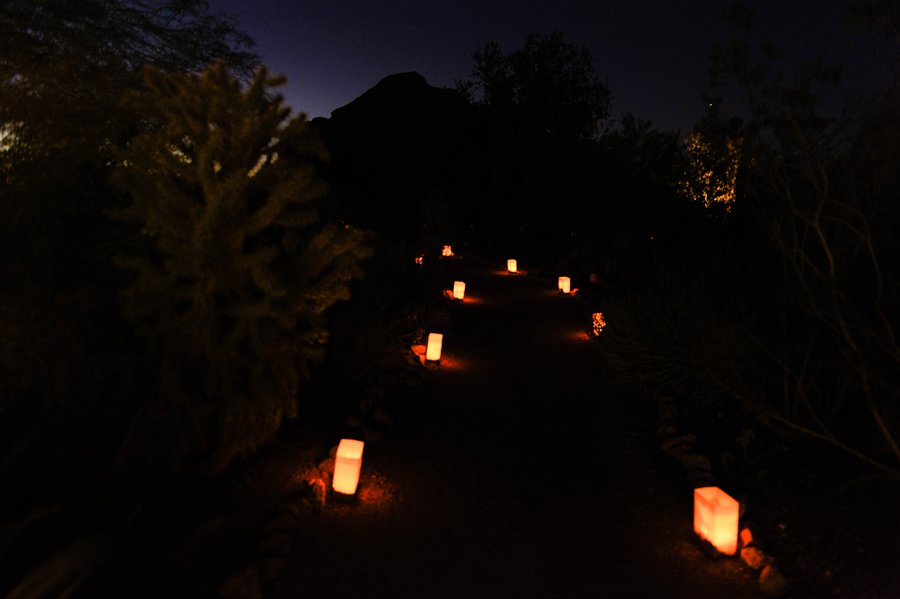 The warm cacti in the dark night were totally transformed. 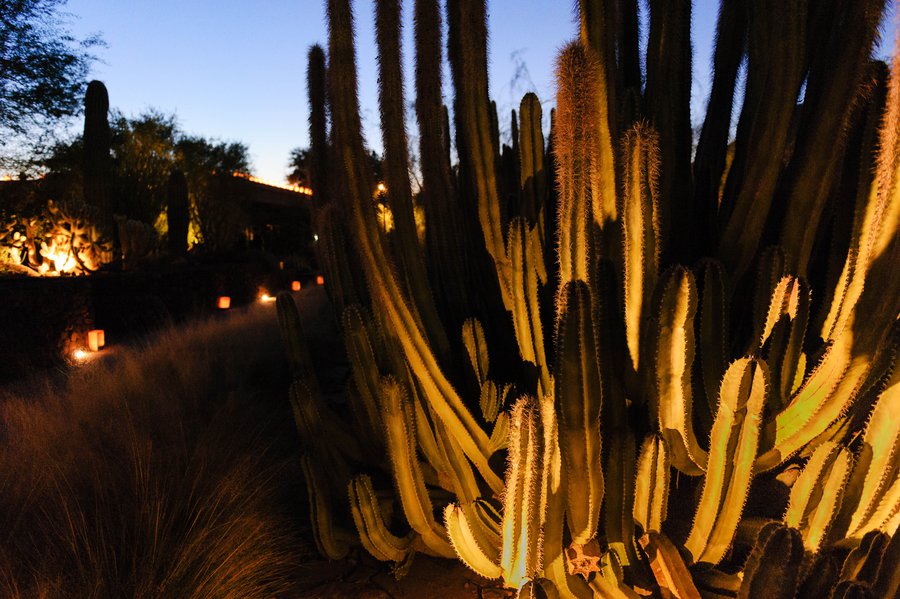 The annual luminary show coincided with a special light exhibit by Bruce Munro, a collection of eight LED light exhibits. The first were the Water Towers, 58 columns of lit, clear bottles taller than I. 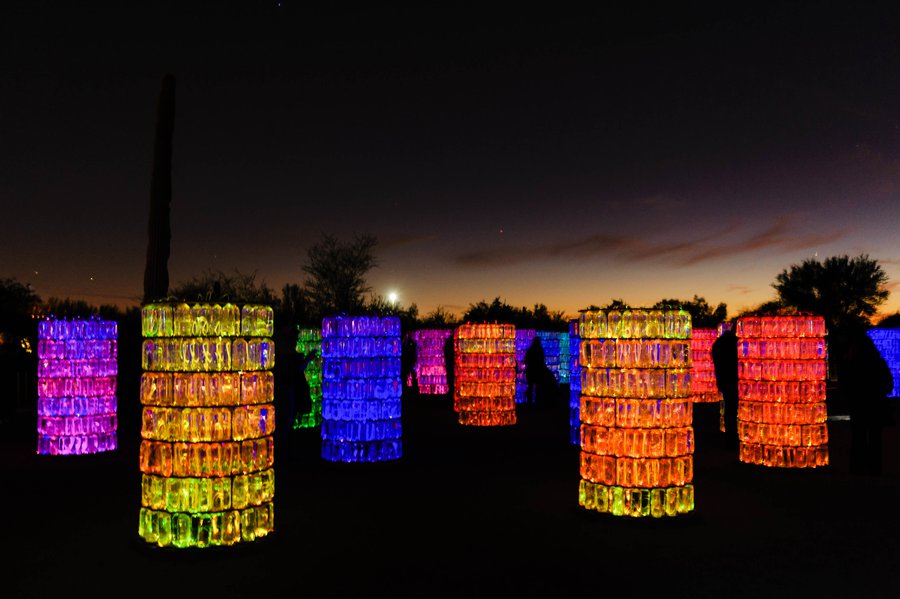 Another was the Beacon exhibit, an igloo-shaped mound of the same bottles, with colors modulating continuously. 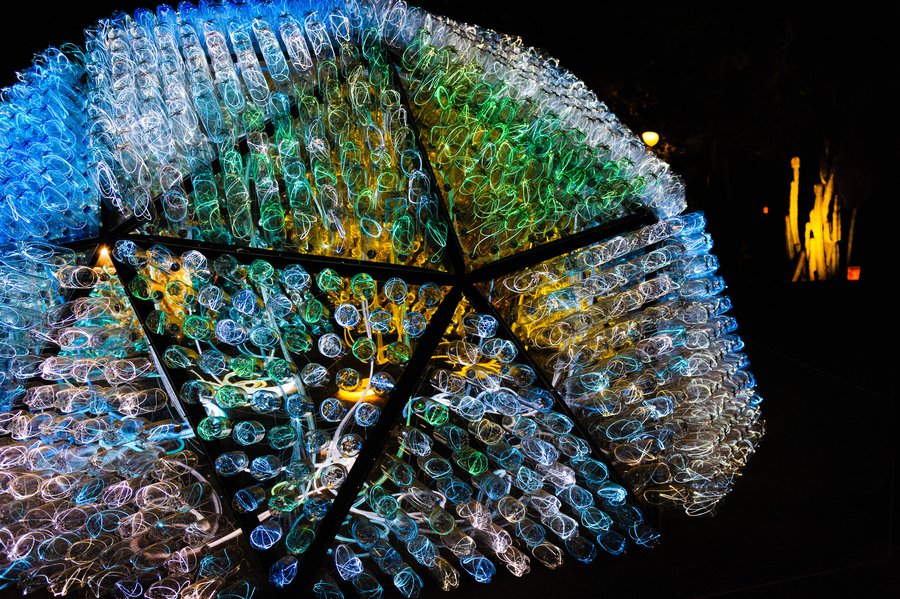 My favorite exhibit was the Field of Light, a span of 30,000 light bulbs like synapses up the side of the hill. The snaking lights shifting color mesmerized us from the moment we saw the hill in the distance. 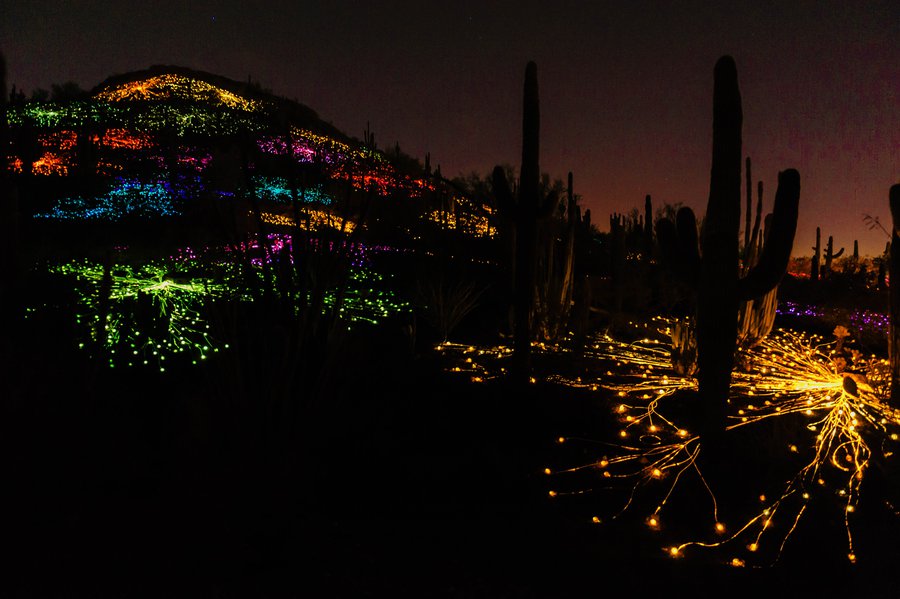 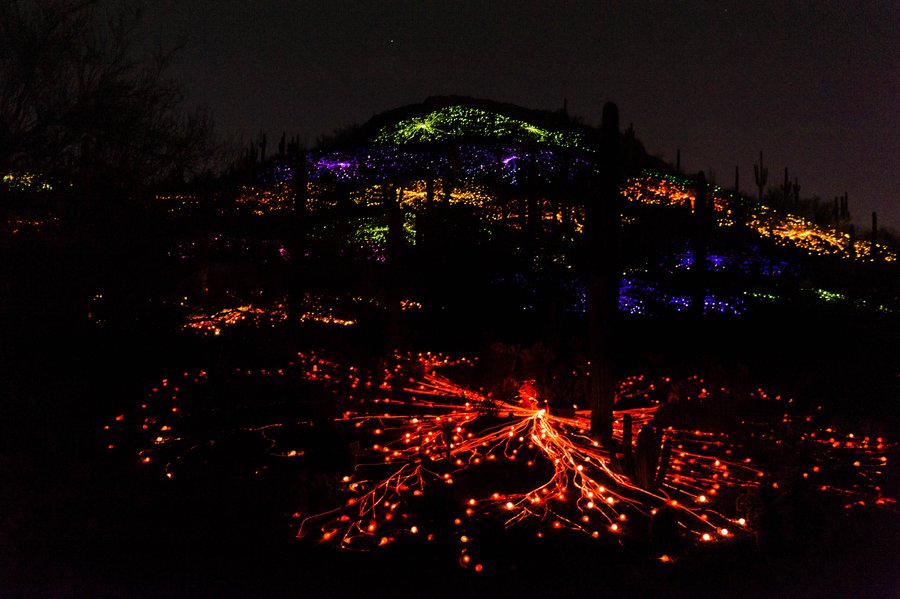 The hills had a magnetic effect; I just wanted to get close to to see what they were, and here's what they looked like, strung by dozens of volunteers over weeks. 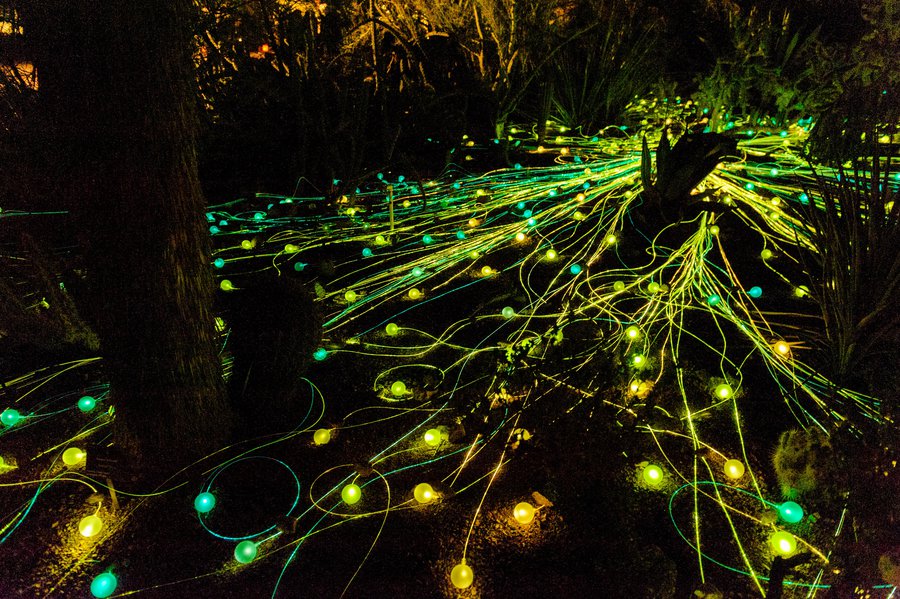 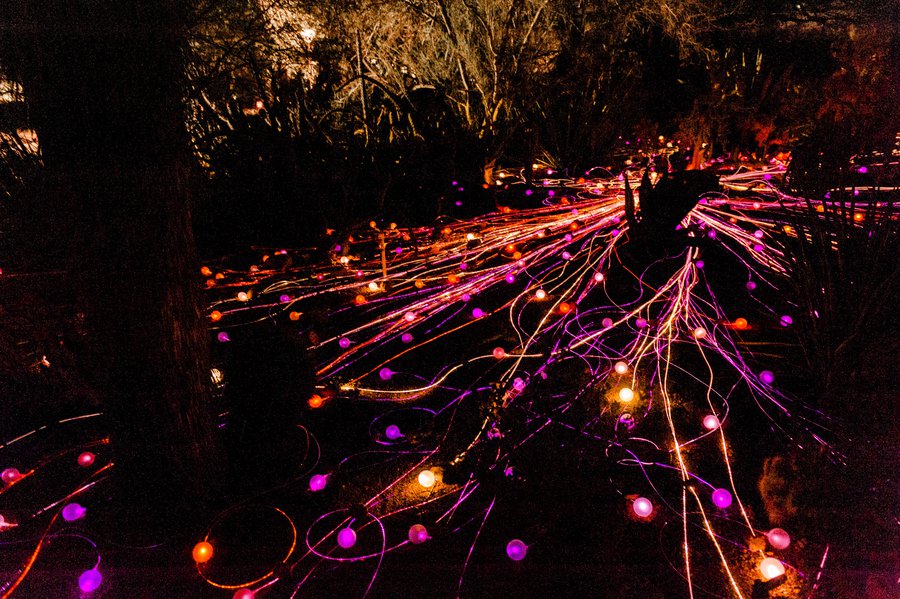 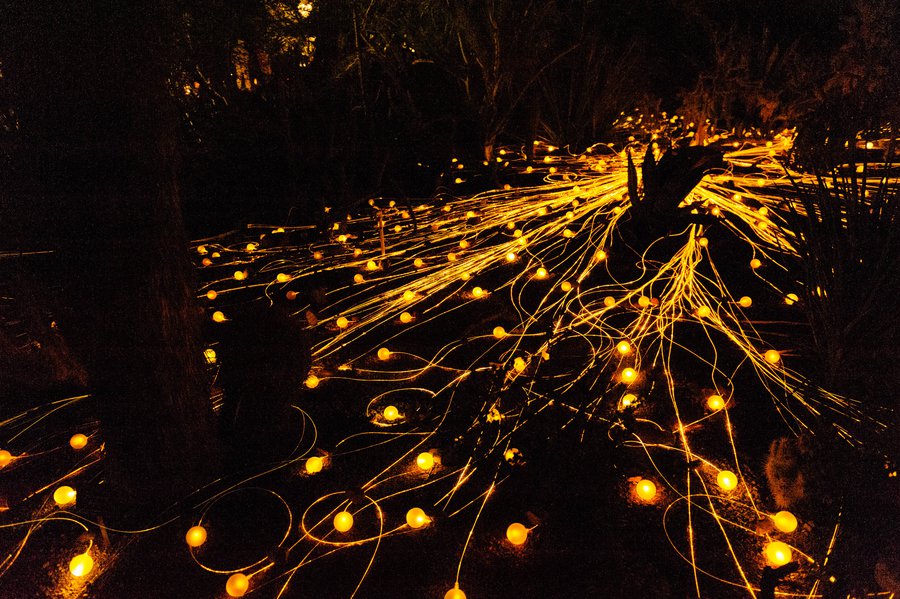 Yet another exhibit were the Fireflies, little light sprouts. 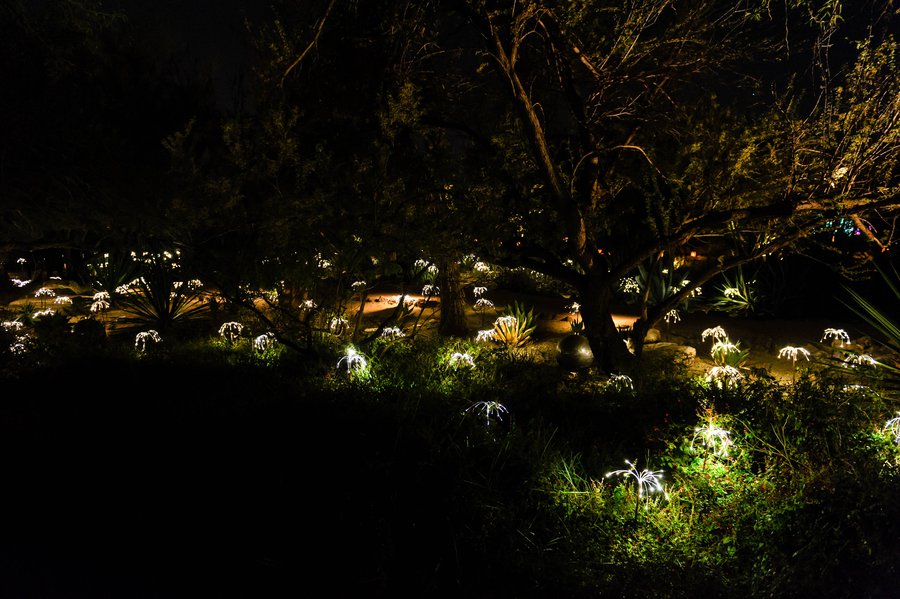 Our one regret was that none of us were dressed warmly enough to be walking through a desert landscape after sun fall (that and that Walker didn't have his tripod ;)). But the colors of the desert at night 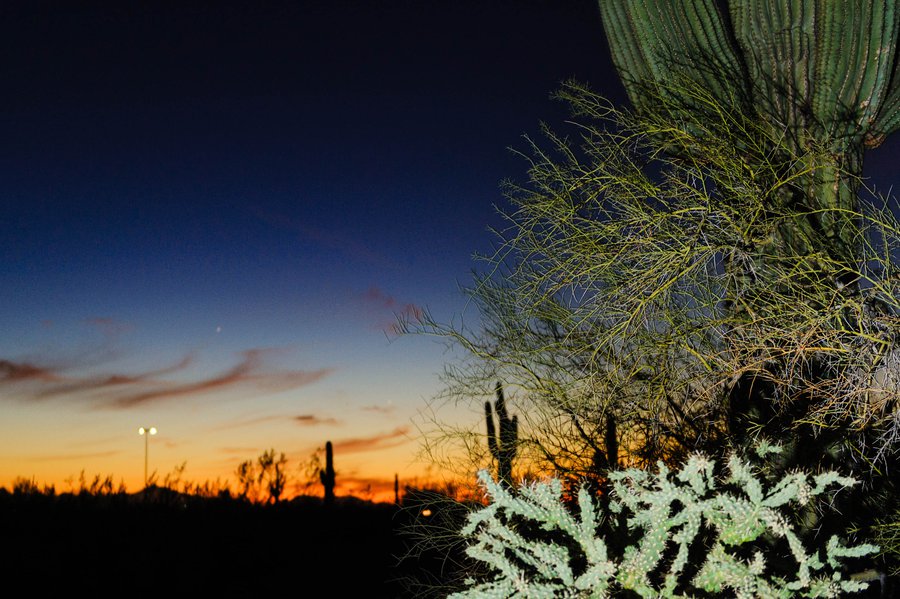 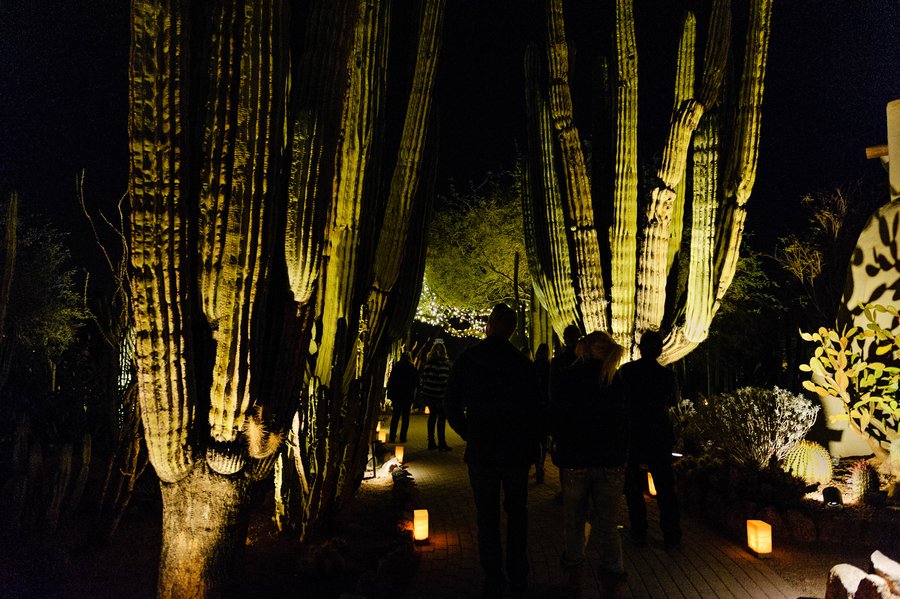 were so worth the trip. 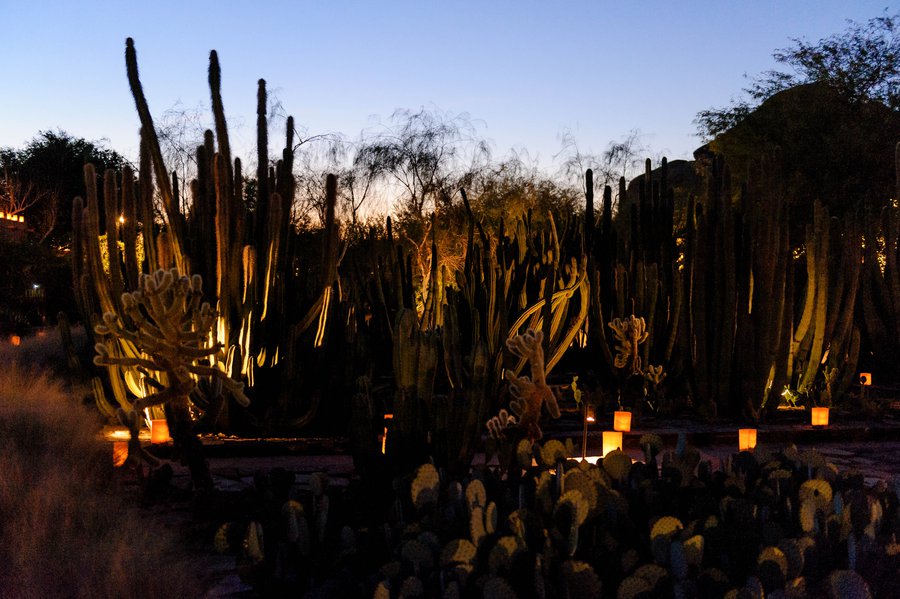 Next time we'd love to visit during the day to check out the full spectrum of cacti. So glad we caught these specks of light on a dark desert night! 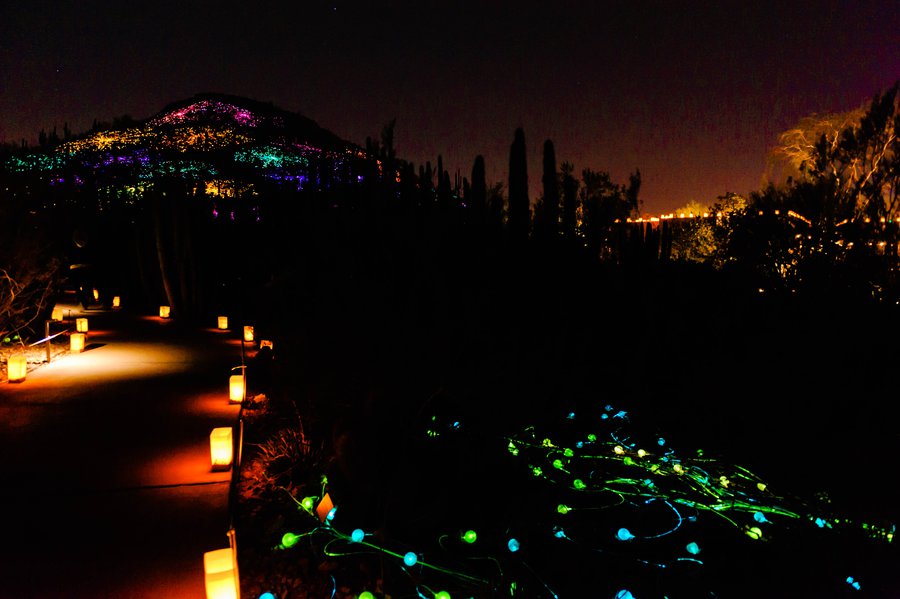