From the gardens and fresh air of Eze, it was a quick 20 minute drive to our final destination of the day: Monaco.  As we approached, I had only a fake image in my mind of a posh quaint village. But as we pulled around sharp bends and tunnels, it felt more like the smallest and most dense city--without any people! 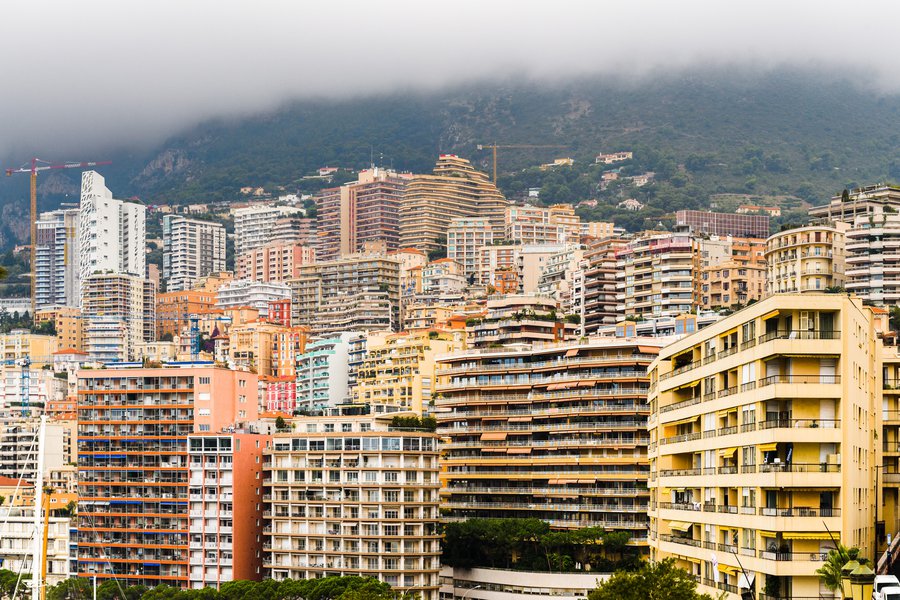 It was here we were especially thankful for a driver as the regulations about who can enter and where you can park seemed extraordinarily complex. We pulled through a series of tunnels into an underground lot and then took a series of elevators and escalators out into the open---where we promptly discovered rain and the driver ran back for an umbrella for us. When we finally emerged from this enclosed world, we saw the back of the Oceanographic Museum. 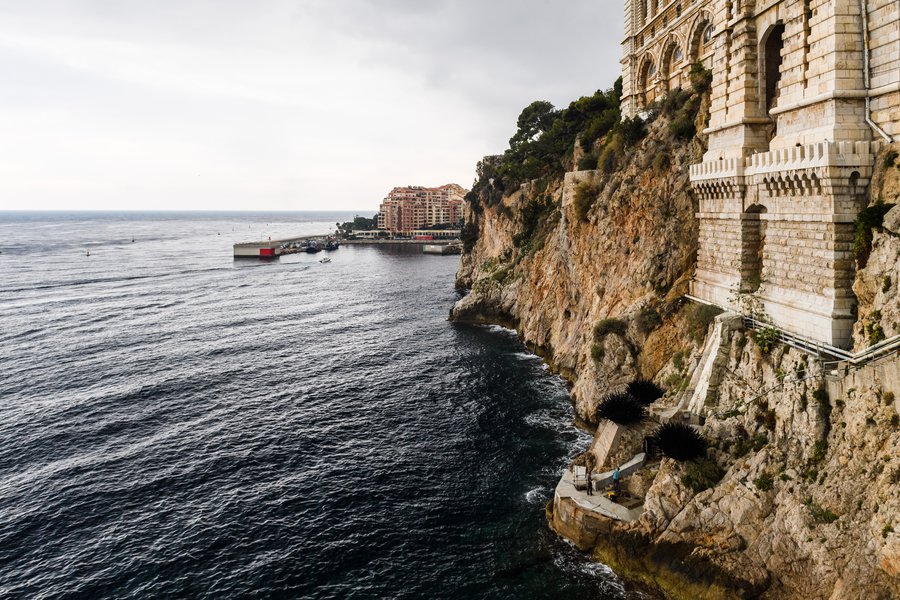 We didn't have time for a visit, but we did manage to see this. Our driver designated the yellow submarine as our meeting point for later in the afternoon, 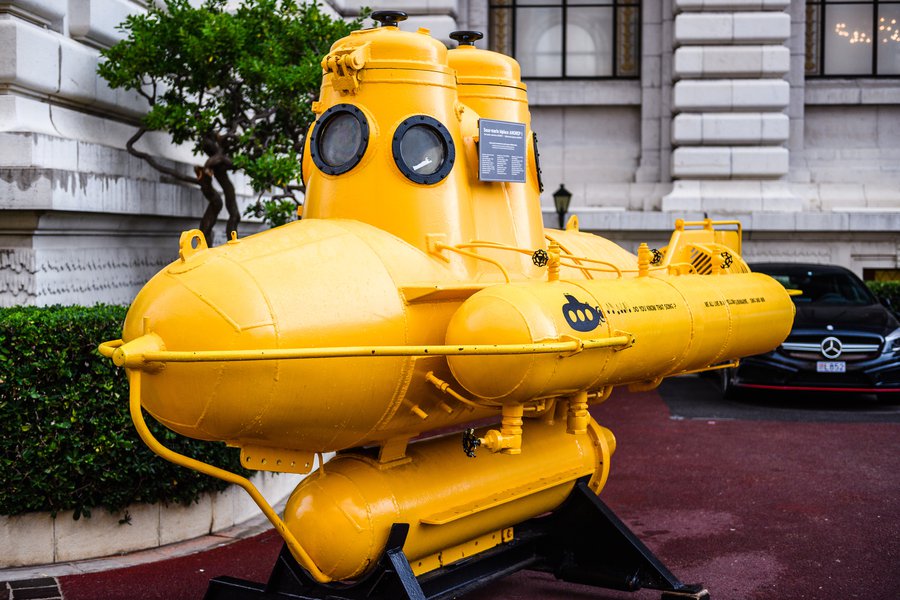 and we were off past the ornate cathedral where Princess Grace is buried, to walk to see the palace. 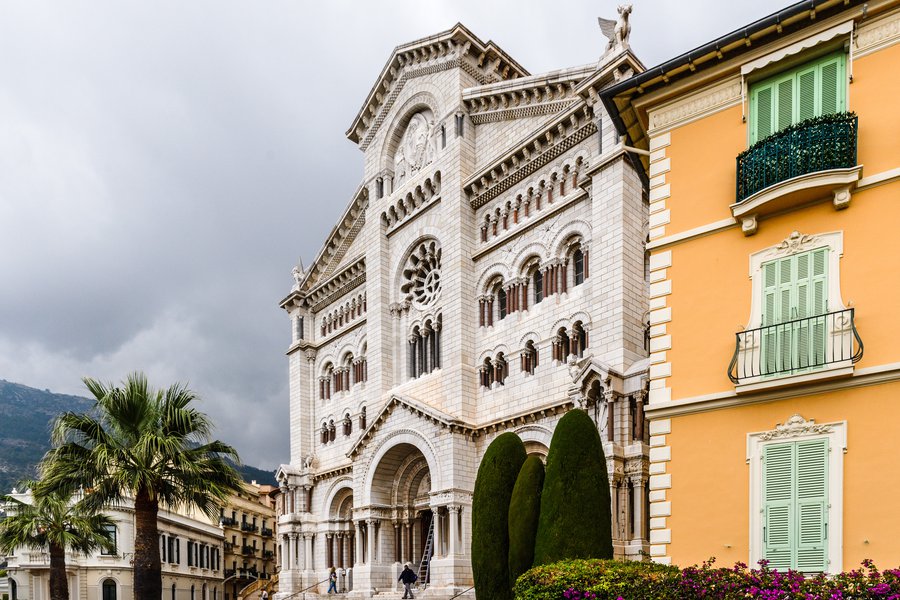 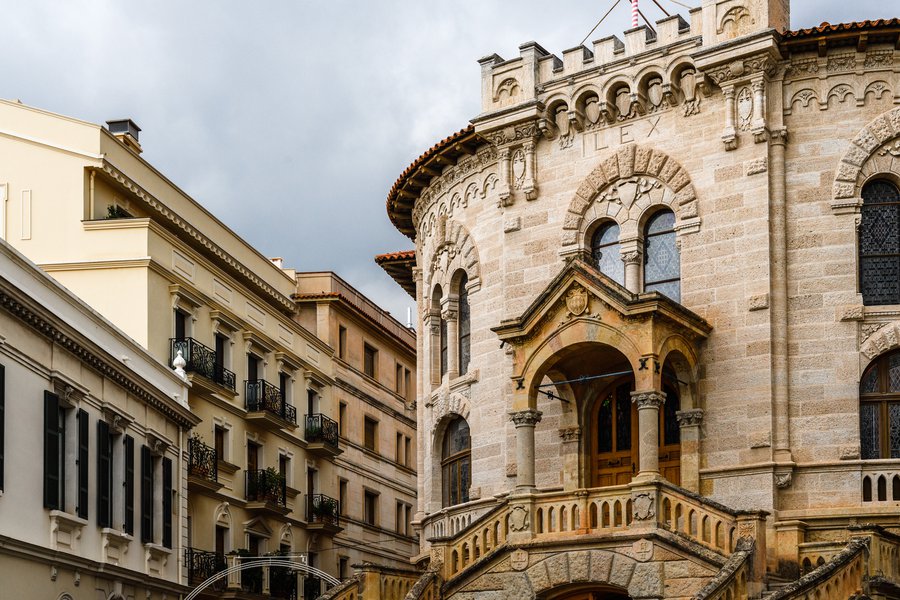 The palace itself was moody with dense cloud cover on the day of the visit, a strange difference from the sunshine of Eze. It looked new, almost modern, for a castle--which seemed a bit anachronistic--almost like a movie set castle. 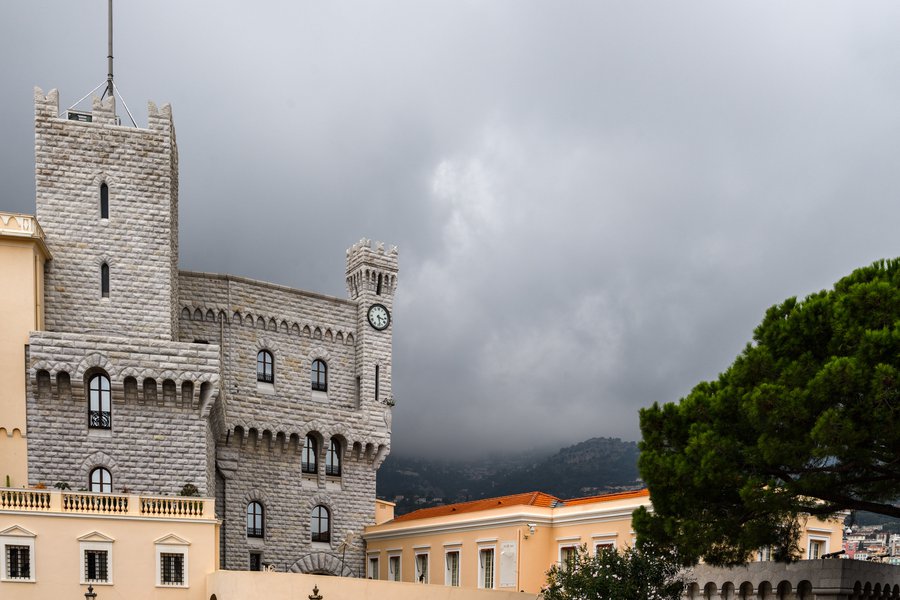 We continued to walk around the harbor 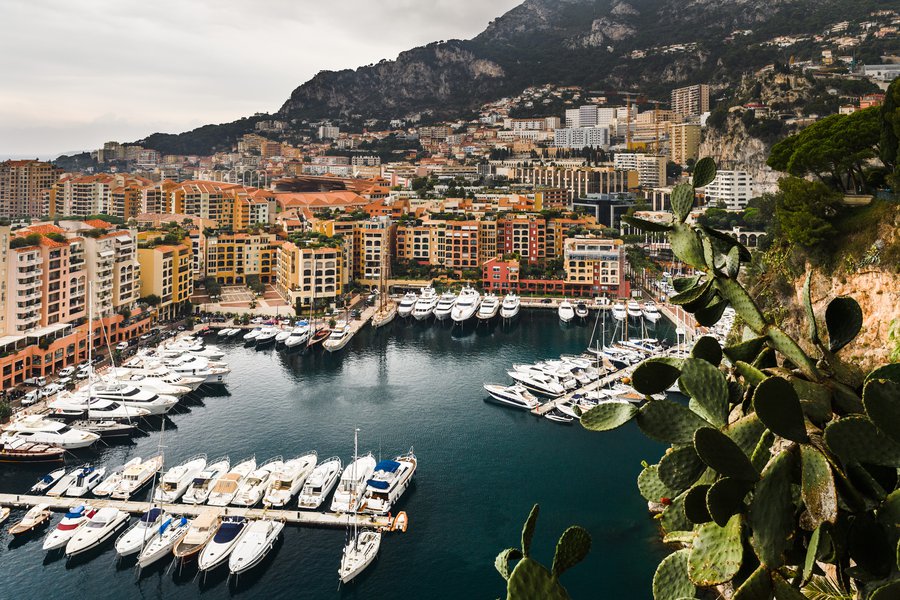 into the quaint streets to find some lunch. We were pretty hungry and popped into the Creperie du Rocher, a smoky, vaulted ceiling place with old wooden benches and crepes that, I'm told, were excellent. There were so few people anywhere that it felt weird the lights were on in the streets. 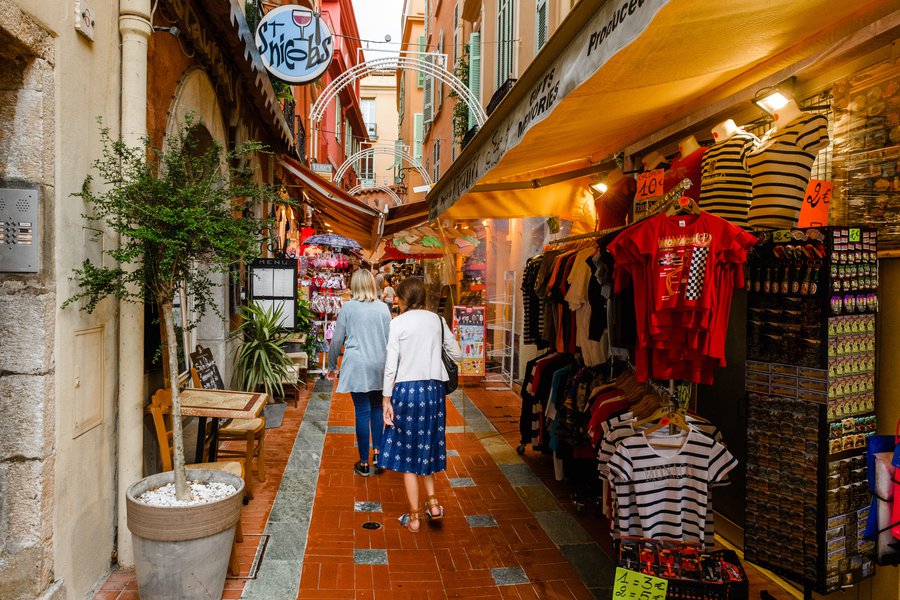 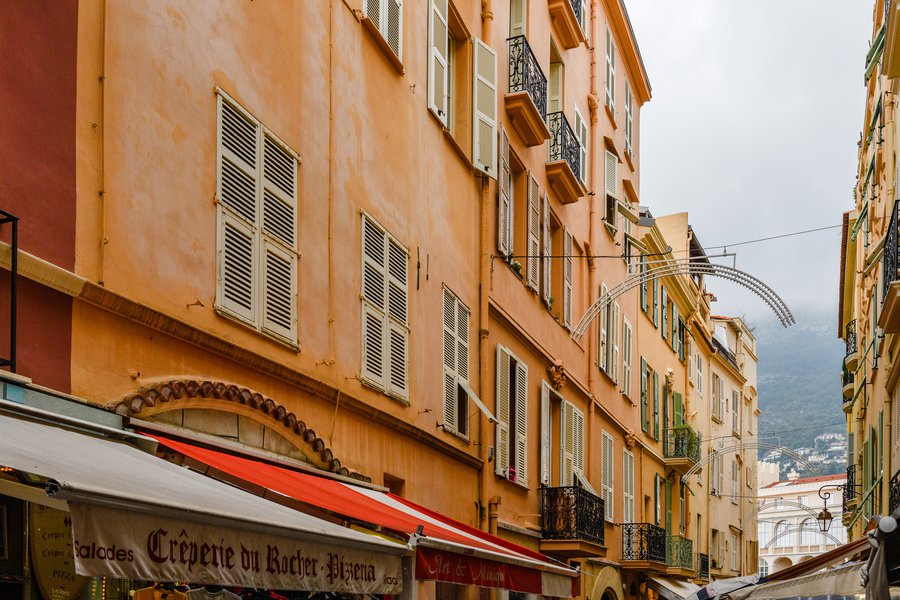 Nearly every turn led back to this view. We gaped at the volume of yachts, stacked like bath toys. 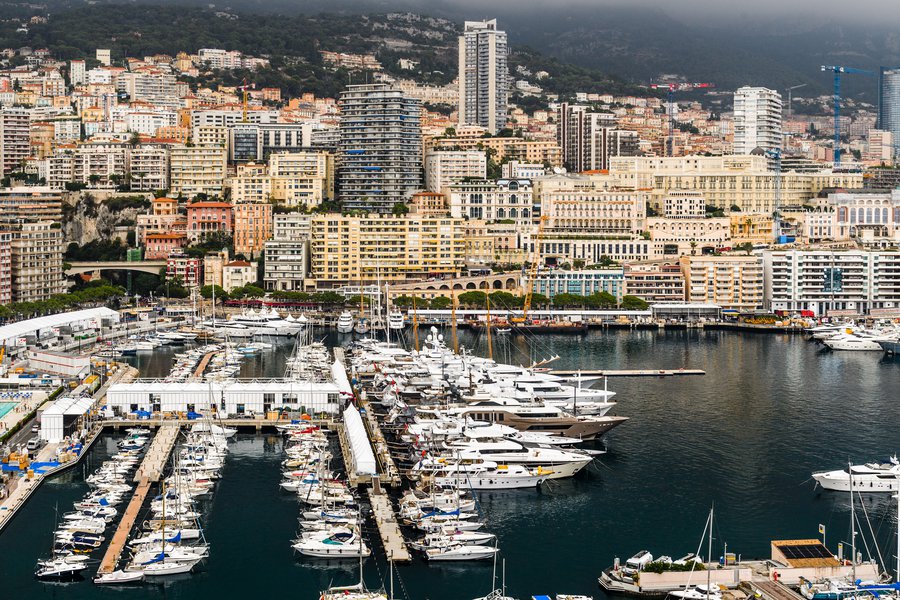 Our driver drove us back around to the Montecarlo for a look, and we walked straight into the shined-wood sanctuary. It felt more like a national treasury than a neon thrill. I was pretty surprised how open it was and how few people seemed to be there. At certain areas, you had to pay an entrance fee to enter into the next chamber, which we declined. 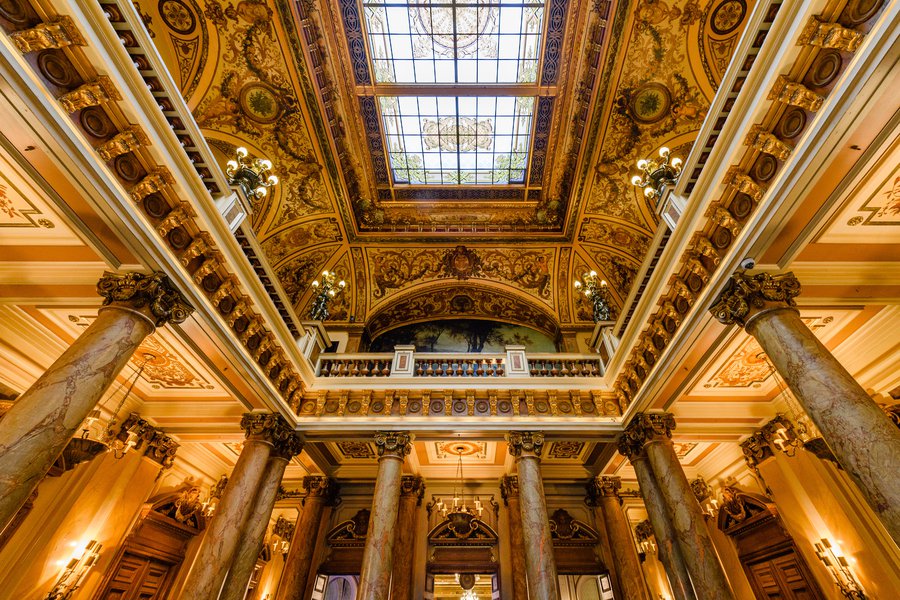 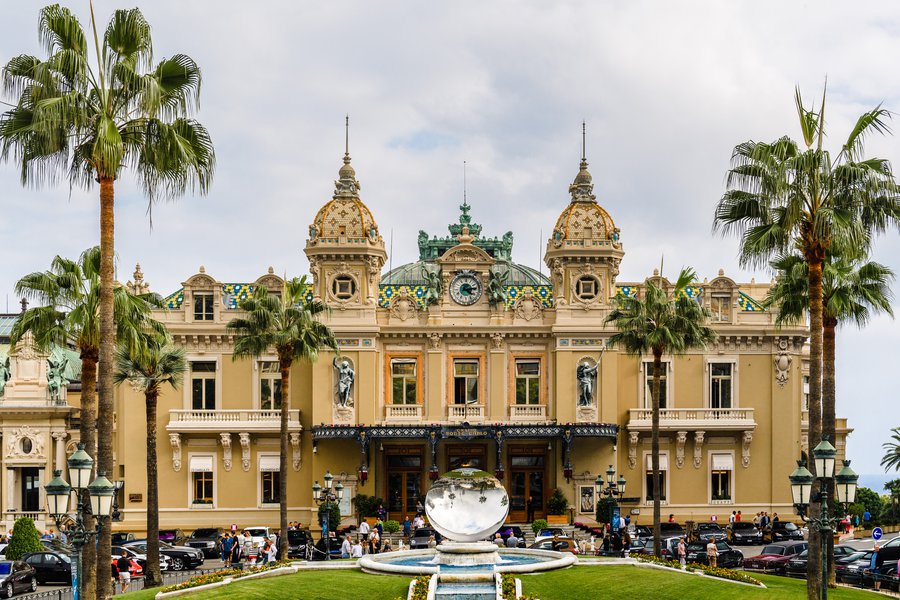 As soon as we drove away, I was madly googling the royalty and bizarre world of Monaco, the tax haven that feels like everywhere and nowhere all at once. I think I'd like to read a book on it--so intriguing and strange to have this itty country, so jam-full of buildings and so devoid of people!