The land is white below the plane, and the pines straight up, not a hint of an aching back among them. We are flying over the land I have been imagining almost a year, the land above the Arctic Circle: Finnish Lapland. 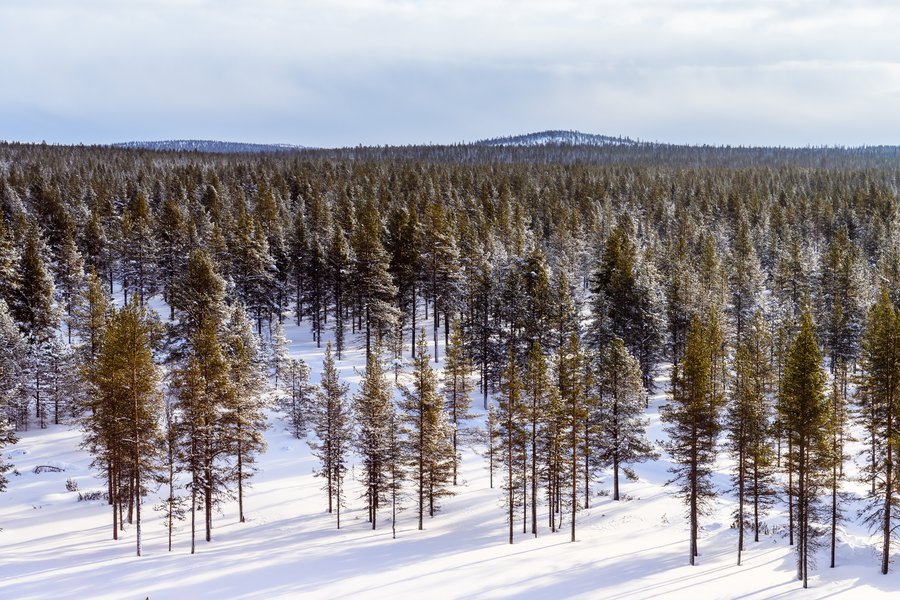 We land in a field of snow, and even more falls around us. 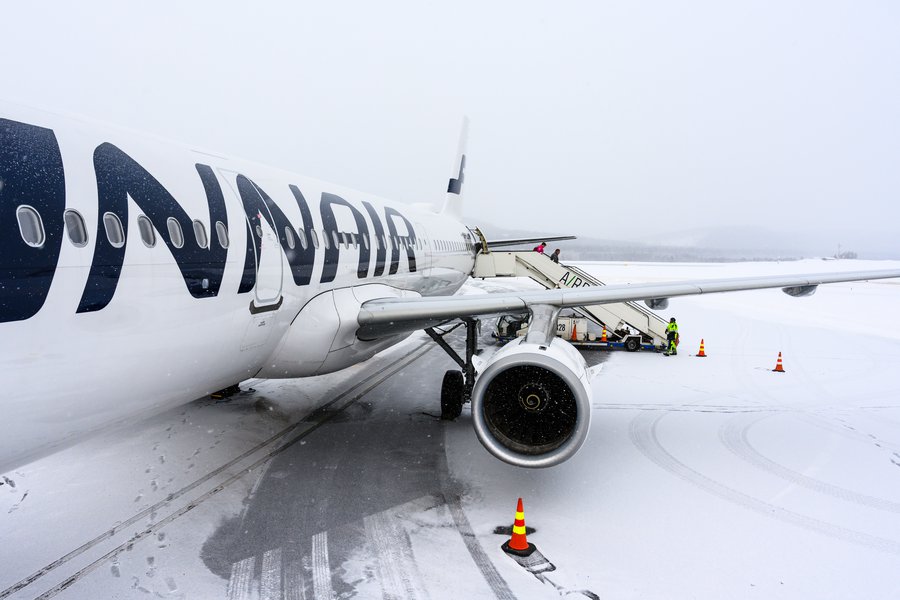 I'm simultaneously glad I have carried my heavy coat on the plane, but also stinging with cold and trying not to slip as I head toward the airport.

When I dreamed of a surprise trip for Walker's birthday, I knew it had to be cold. Walker thrives in cold the way most people rejuvenate in the summertime heat. We ended up in Lapland because those mischievous elves that make toys also seem to promise magic near the north pole online--and I had succumbed to images of glass igloos set below the northern lights, dog sledding, and reindeer sleighs. 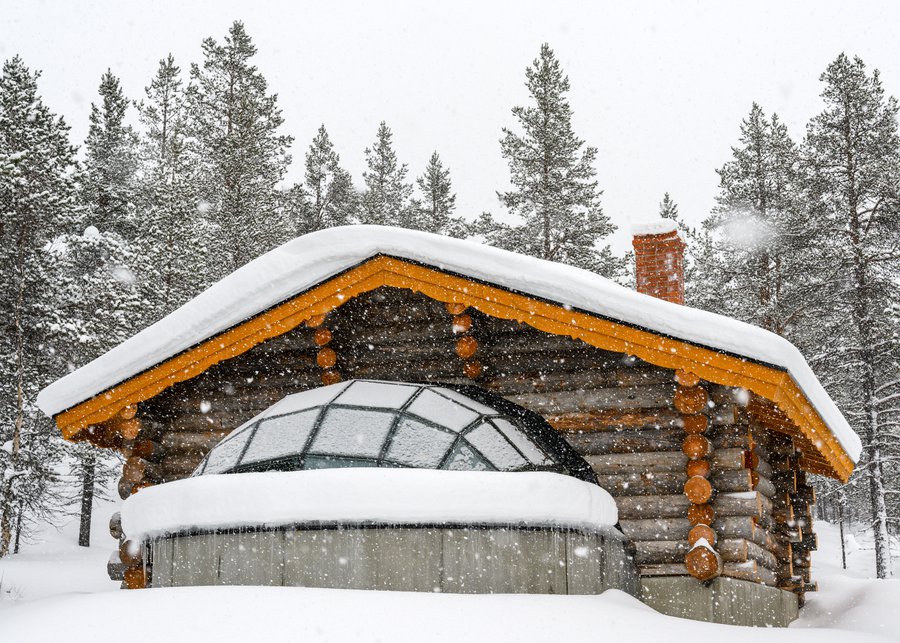 Our first destination, then, were the igloos. Although there were pure half domes, we opted for the half cabin/half igloo, and were so glad we did. 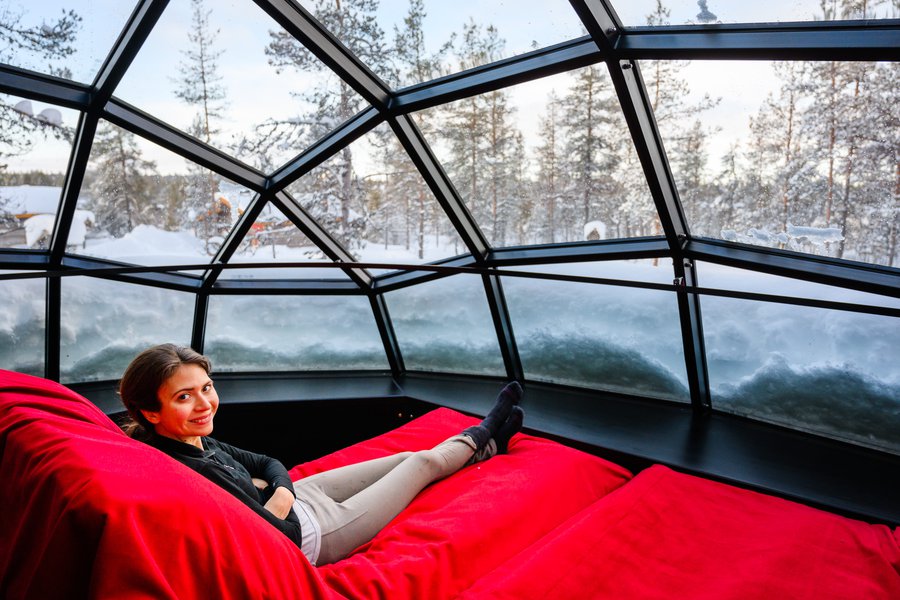 This was definitely the right choice for one simple reason: it snowed the entire 2.5 days we were at this snow globe of a resort, Kakslauttanen, and so, those sly aurora would not be seen here, and cozying up in a cabin was . . . 100% cozy.

I'd meticulously planned a few Lights-spotting evenings, the first a horse drawn sleigh, and the second a snow tank ride. We started with the first, and while the magic of the falling snow in the dark made me feel like I was going over the river and through the woods, and the warm bilberry juice heated over a fire at our outdoor stop was charming, it was very cold indeed.

Still, there was plenty to keep us busy even though the lights weren't entertaining us: breakfasts of cheese and smoked fish to start.

Walker and I took another horse ride, this time astraddle, the next morning. The Lappish horses were big and ploddy. I made that word up for how slow the trip through the woods was, but 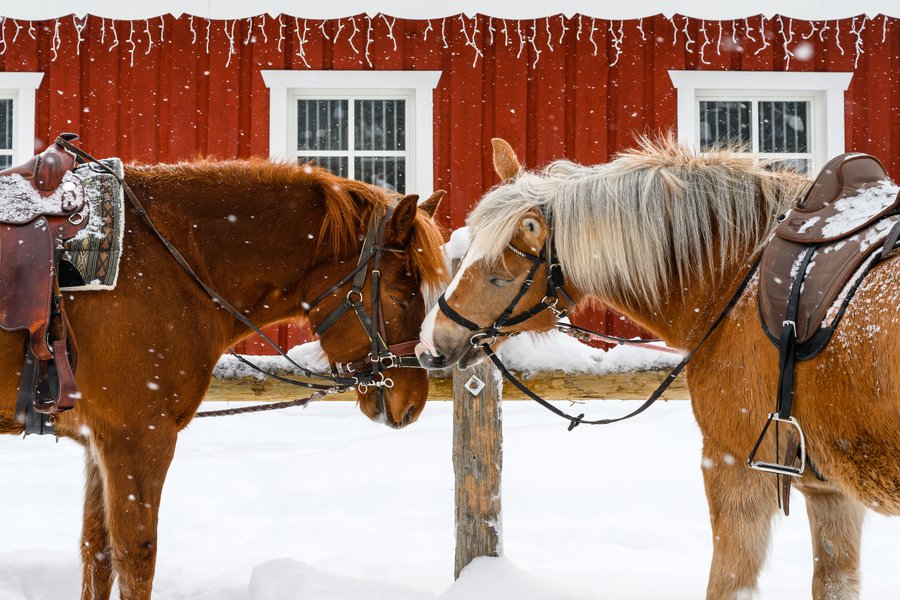 look how deep the snow! Yes, although I'm not in this frame, I too wore a hideous blue jumpsuit borrowed from the resort that had no warmth or wind protection. Lesson learned for the rest of the stay. 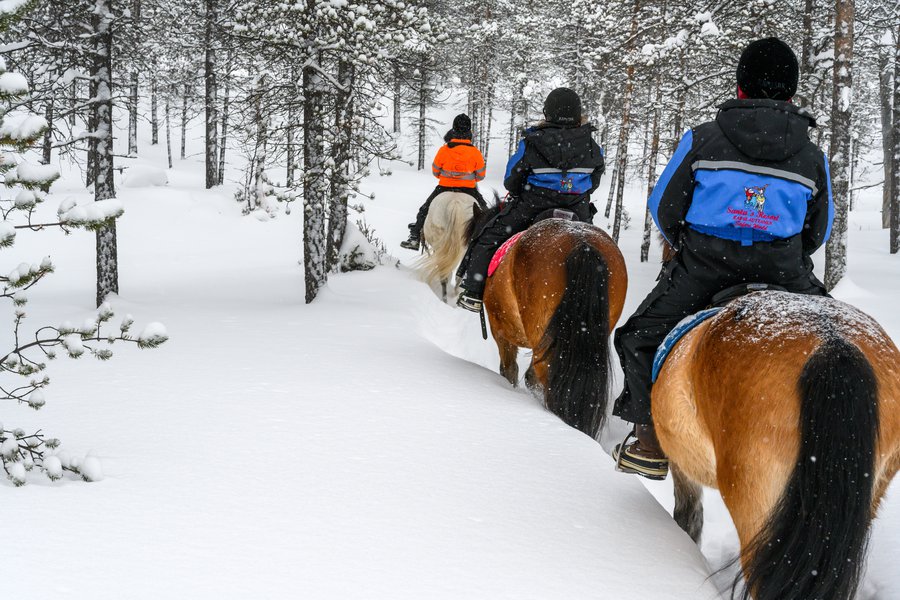 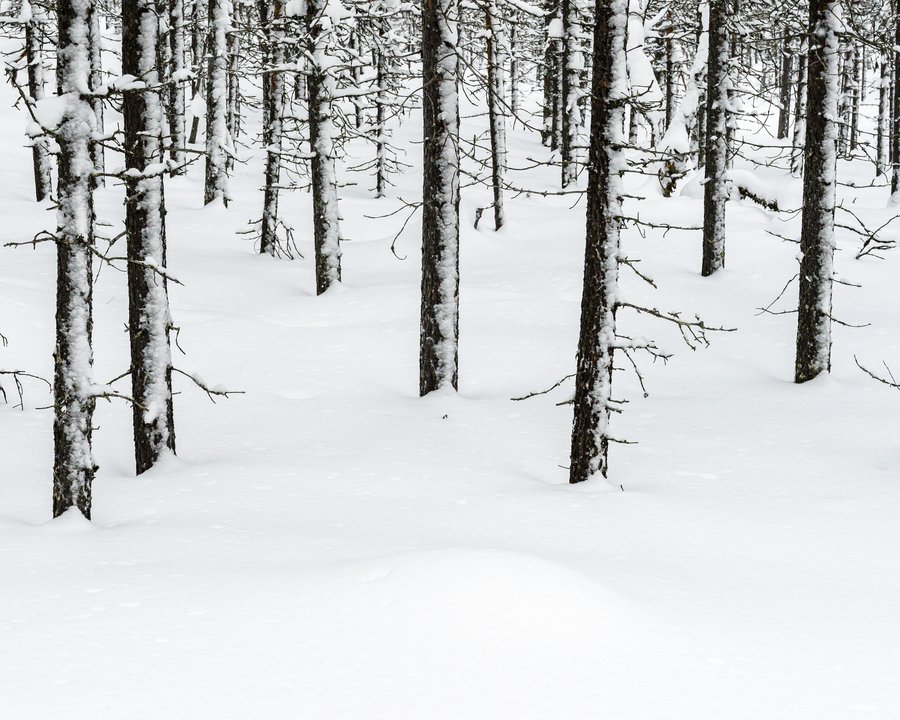 Lapland is famed for its forests, and although these trees are usually nearly buried in frosted piles, I could see what was so entrancing: the sparsity of the branches let the low light to the ground. The forests were airy! 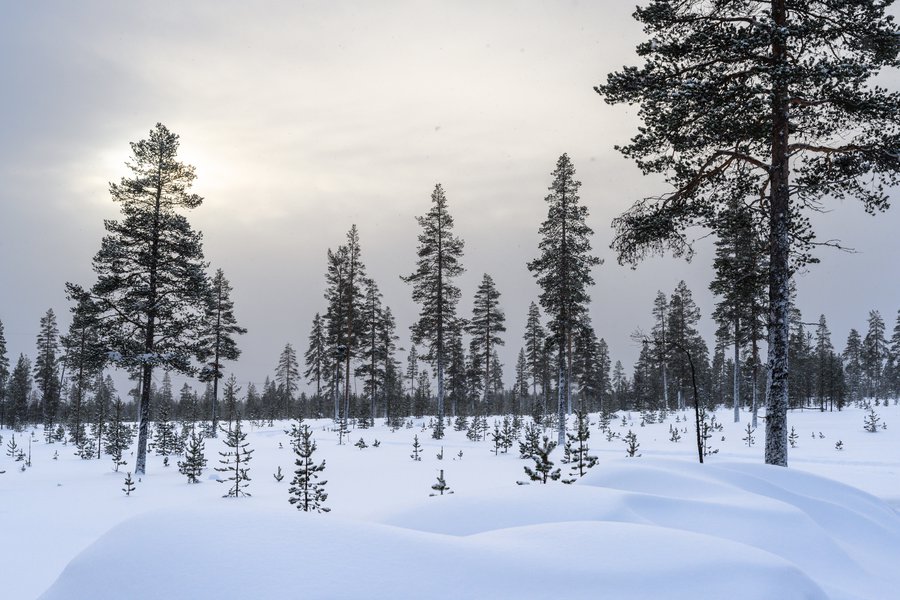 The point of the ride really was to get deep in to the forest, and so, although I was chilled straight to my bones, it was worth the snowy visions we beheld. My consolation the whole time was if my horse started a trot, I'd land gently.

Our biggest adventure, with a capital A, was the snow tank ride. We met Jouni in the lodge, the Lappish man responsible for both building and running the snow tank activity. When he shook my hand, I almost cried. And the legend just continued through the night. The tank ride, where Jouni guaranteed us we would not see the northern lights (snow), cranked straight up a hill in a fullblown blizzard. We bumbled out at the hill's top, where we felt the cold of the arctic and the snow on our faces, before hurrying back inside. Of course, Houni had his sleeves rolled up. Halfway back down, we stopped in a lodge Jouni told us he built for more warm bilberry juice. Jouni built the fire in his palm, and got a roaring pyre in seconds and he pulled the cast iron kettle from the fire with his bare hands; everyone was literally gasping.  Walker didn't bring his camera, so I did my best to create a montage of the experience below. The cherry on top was that the tank itself got stuck in the meter-thick fresh snow. Visions of hitch hiking danced in our heads, but we made it back down a mere three hours late--with a story of a Finnish man who seemed like a myth. Excuse my very shoddy iPhone video footage, but here we go:

Two days after arriving in Lapland, and being piled with fresh snow nearly continuously, the flakes as perfect and crystalline on our gloves as you can imagine, the sun dipped out to coat the world in blue. 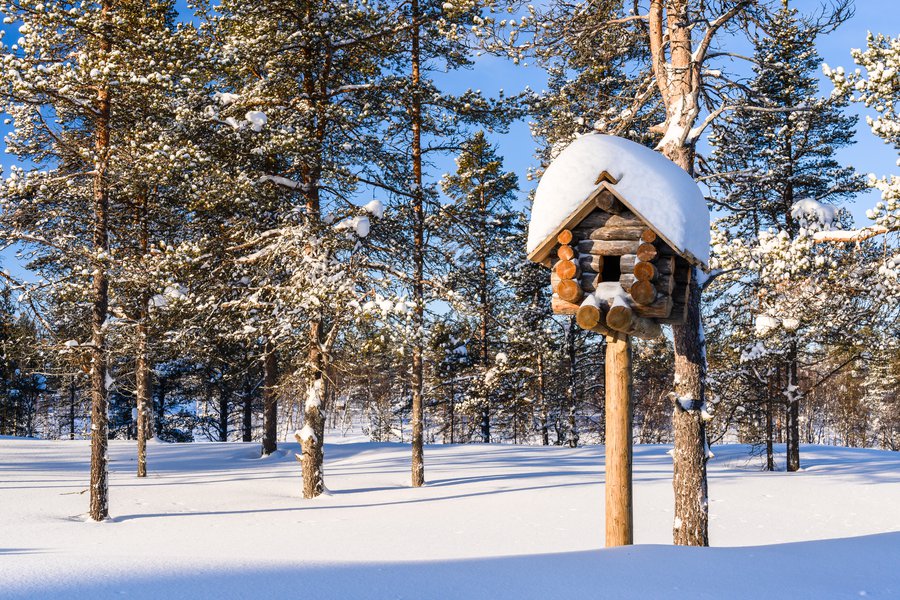 I sat in the glass watching the colors snow fall in clumps, the peace of the nature changing without anxiety. Again, here's a new foray into shaky iPhone video sharing, just to give you a glimpse of the room. 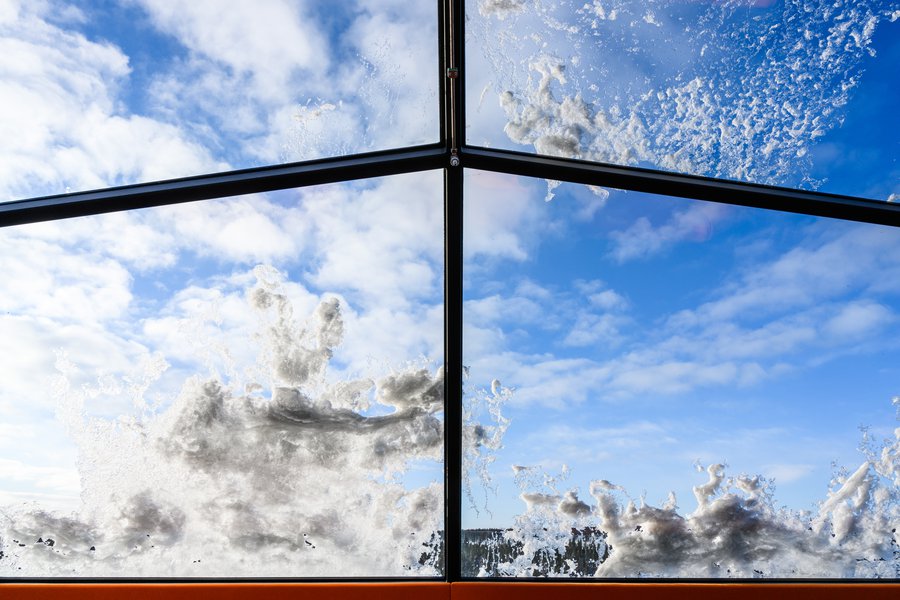 The resort's facilities are extensive, and we walked around in the blistering cold to find Santa's house, elves' huts, and various winter wonderland towers.

Most of these places were locked, I imagine mainly used for tourist group activities, but they were still quite adorable.

The resort's strength was the variety of activities, but the size was a bit overwhelming. Our little Kelo Igloos, as they were called, were in the West Village, about a 10 minute drive from the smaller half of the resort, the East Village. All of the photos here are from the West Village, which was indeed a playground of Santa's machinations. 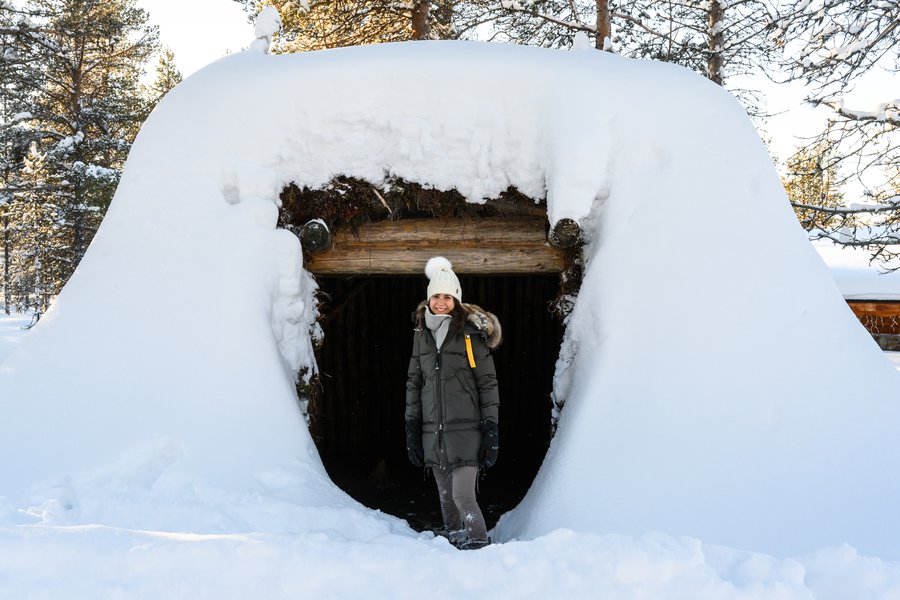 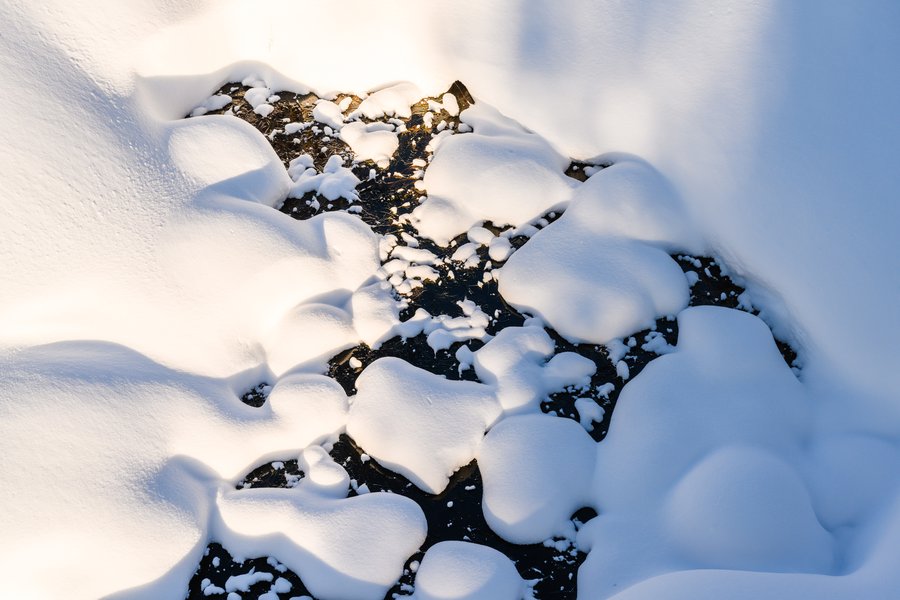 All activities, from horses to huskies and reindeer, were housed right on the resort's premises. We knew we were doing some of these at our next destination, but still wanted to say hi to Santa's helpers. 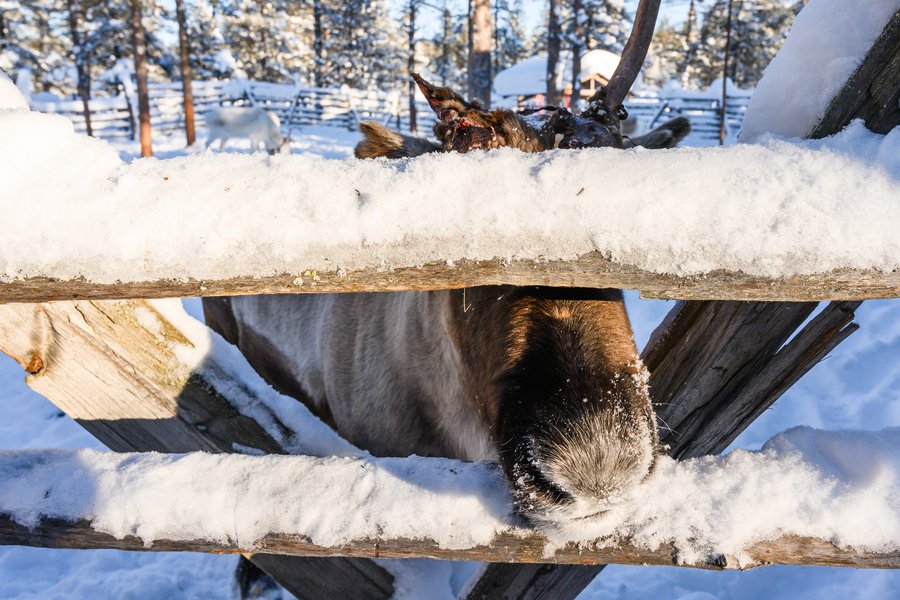 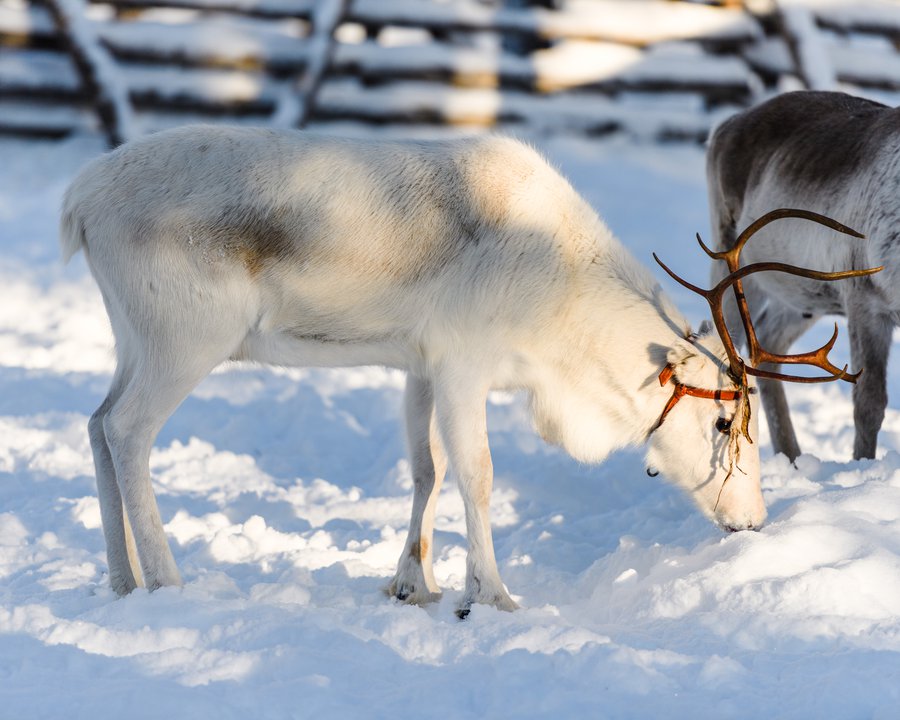 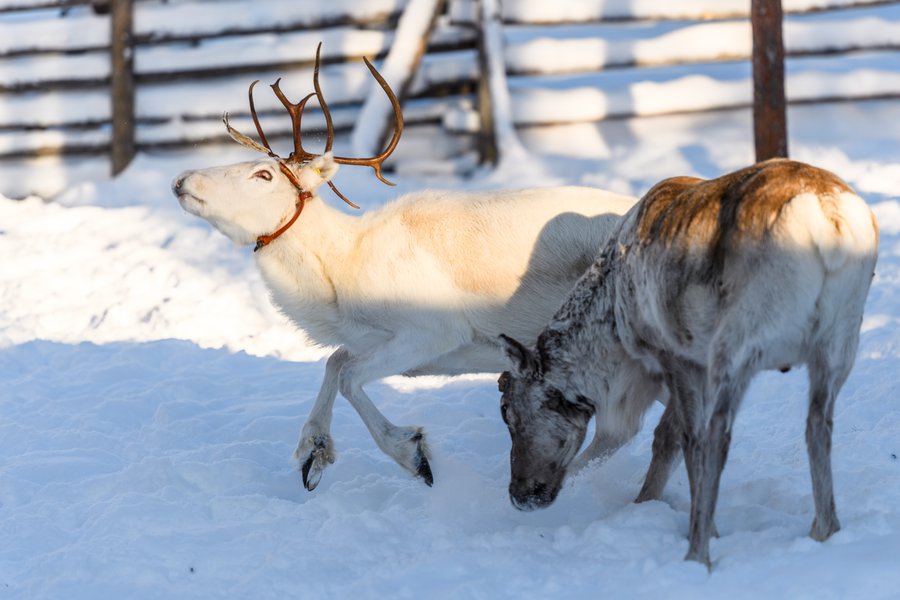 Perhaps our favorite activity was the spontaneous afternoon we drove to the East Village to rent cross country skis, and skied right out the back of the resort--look at these handsome nordic men! Getting in a rhythm was weirdly soothing, and the landscape sublime. 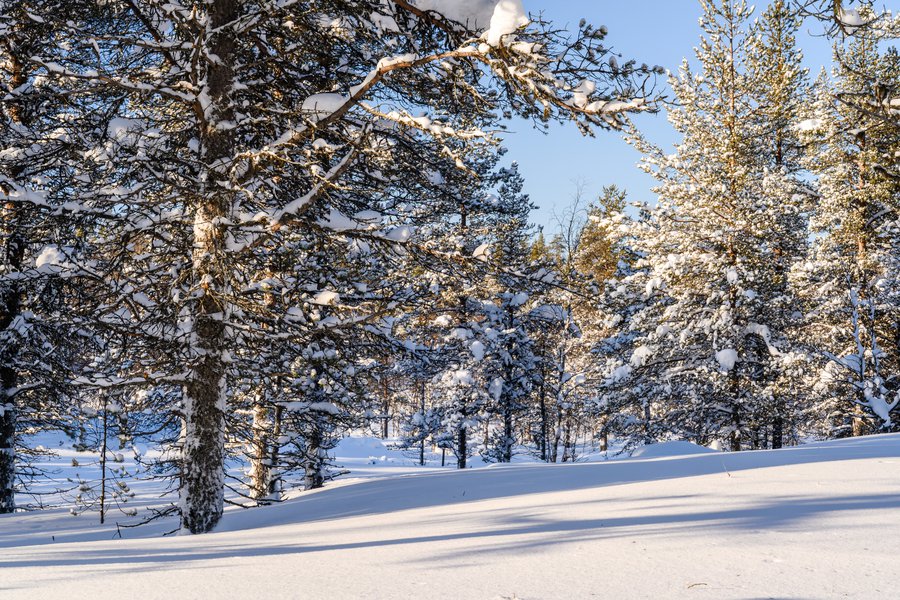 One last thing! I grew up with my backyard as a hill and so the Finnish love of 'tobogganing' thrilled me. Right below our igloo, there were sleds that I could take a whirl on right on the way to breakfast each morning. I couldn't resist.

We slipped and slid out to our next destination, smiling at the live snow globe we'd lived for a few days. 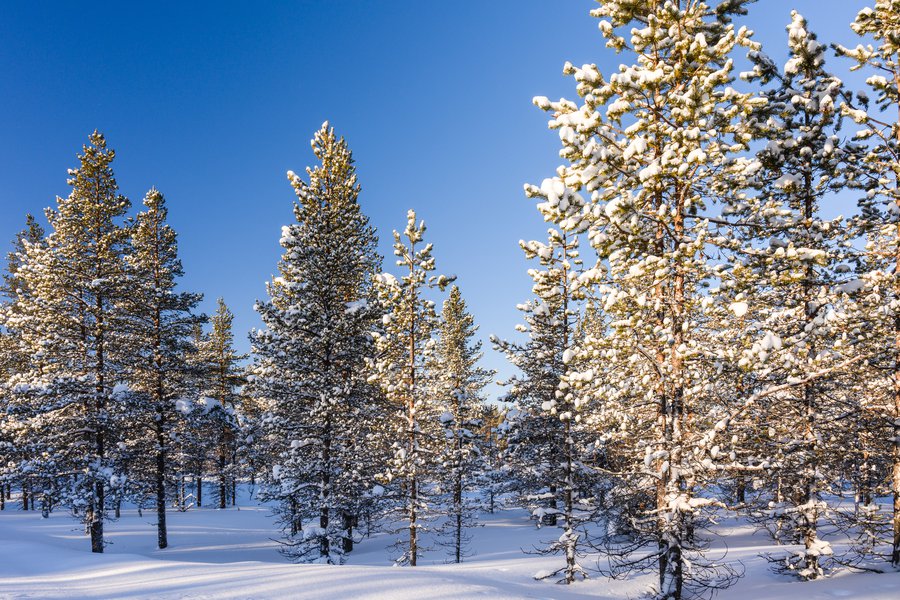