As I mentioned recently, novel trips are my favorite. New places. So when we decided, fairly spontaneously in February, to again visit Fogo Island in March, it surprised even me how drawn I was to the prospect of a return. We had just been in Fogo nine months before. But the deep appeal of the place was how authentically it was itself, and how its purity was in it not trying to be something else. 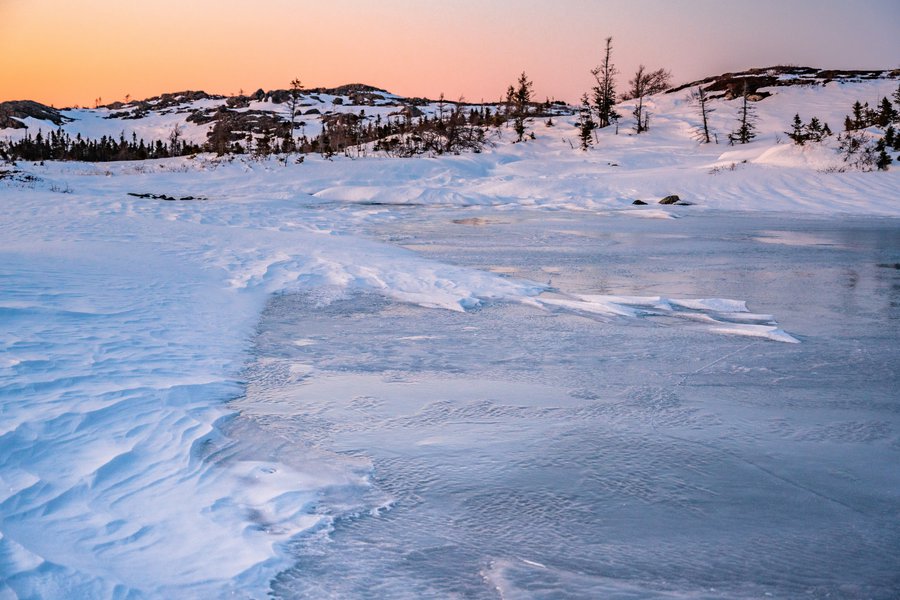 In early March, we left LaGuardia to an empty plane and airport, the world a bit still and quiet. Montreal was busy, with few seats open in the airport. Halifax was also fairly quiet, and we spent about eight hours there as our final flight was delayed and delayed. The plane to Gander felt like it was held together by four loose screws, and as we held our heads from the clatter, we looked at each other and said: "We're insane." 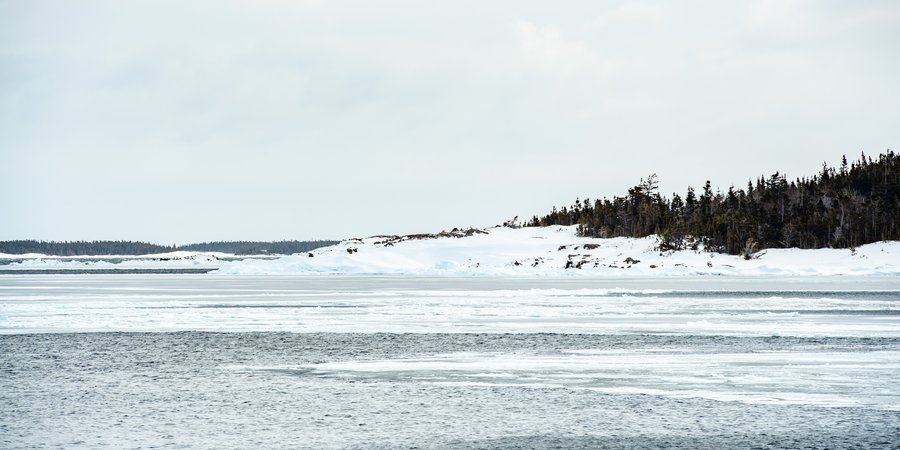 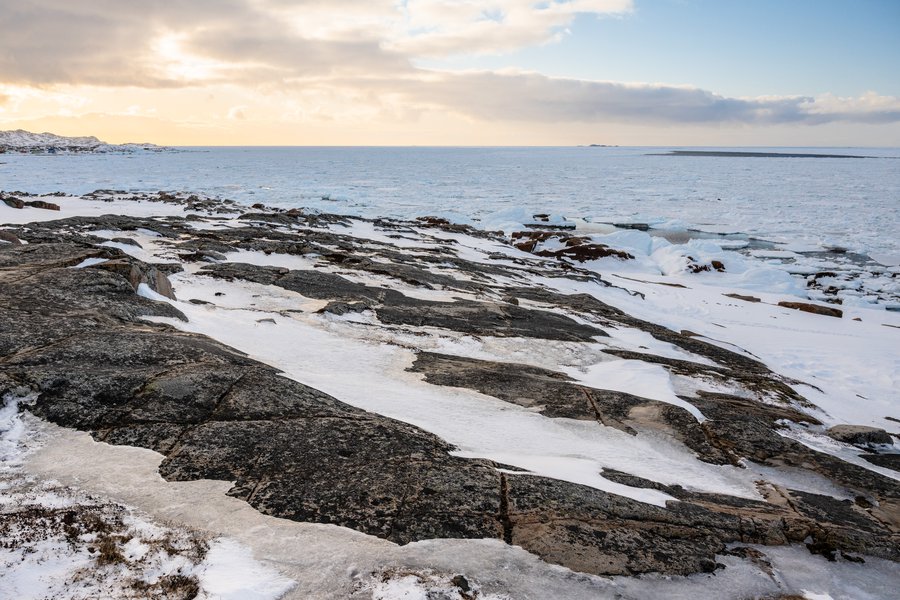 When we landed at Gander Airport, our 4th airport in 24 hours, and the rental car agent told us flights back to the States might be cancelled the next day, I peppered questions at him, a bit panicky. We walked outside around 2am to the coldest blasts I had felt all year, and we arrived at our rental SUV and discovered it was a mini van. Nope, not going back in the airport, I said. The doors slid open and I entered early middle age with shivers, not caring at all. 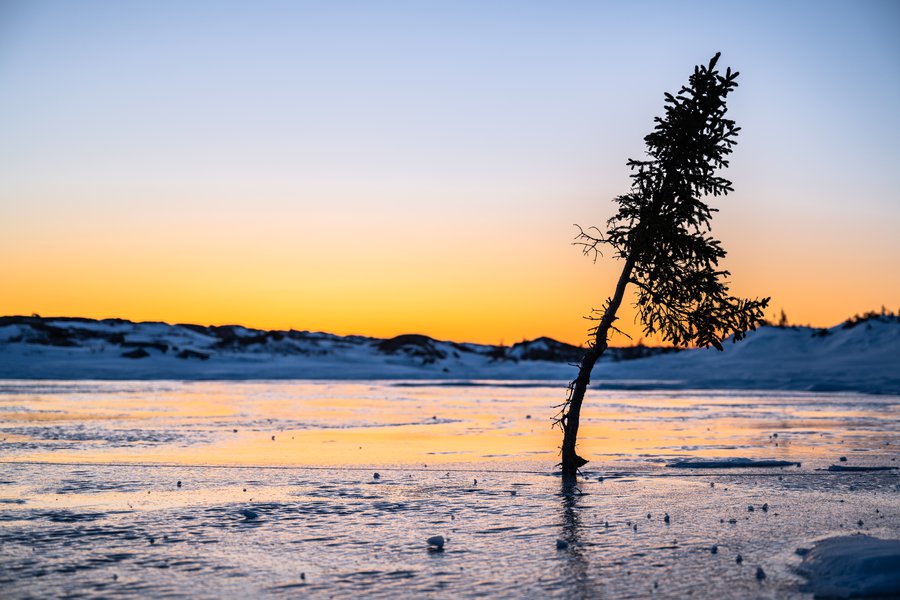 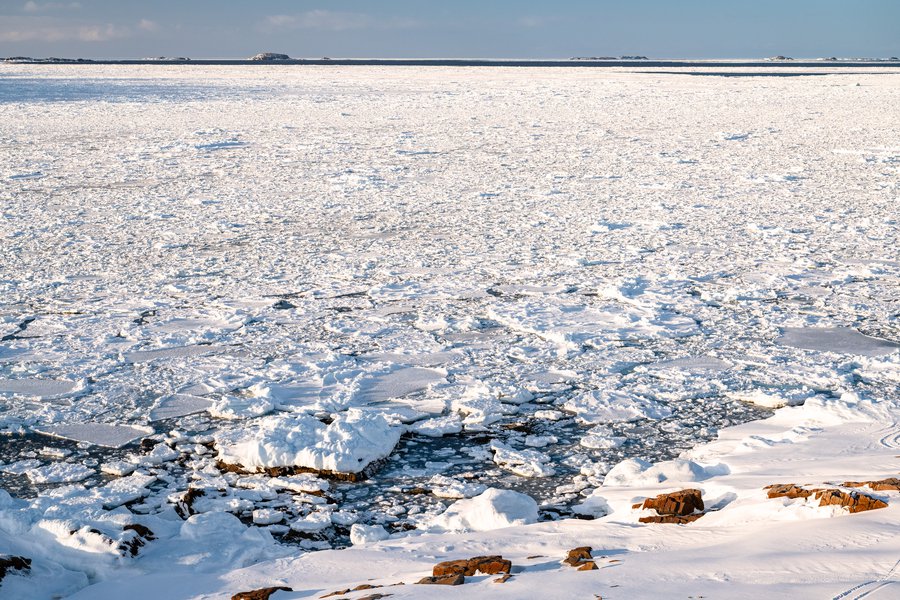 And that is how our weekend trip (that would stretch into a full week) began. The next day, we waited hours for our delayed ferry as it waited for the ice breaker, the pack ice having floated in from Greenland. As we broke the surface, scraping  and shifting the ice, the solitude welcomed us, and only inside did I feel a hint of fear at just how remote we were going. 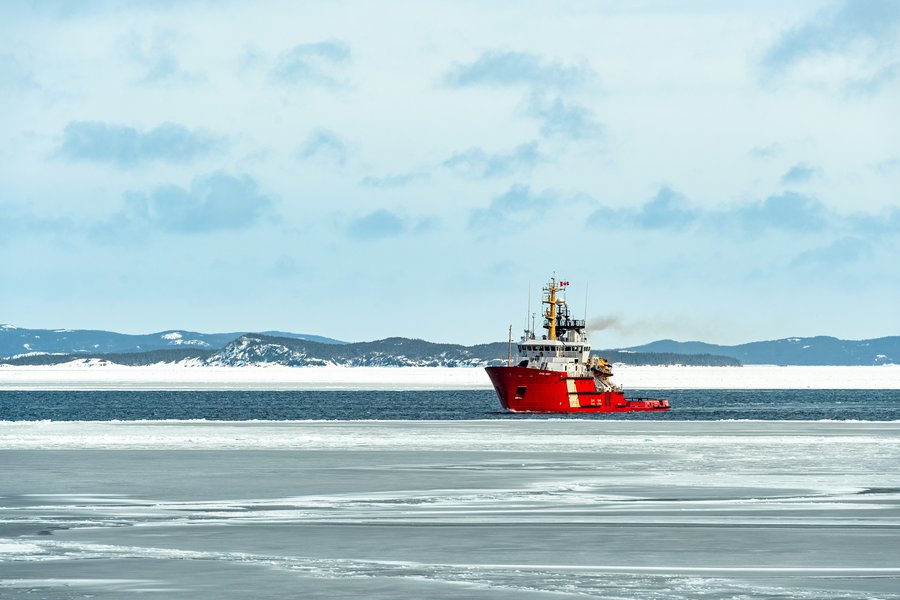 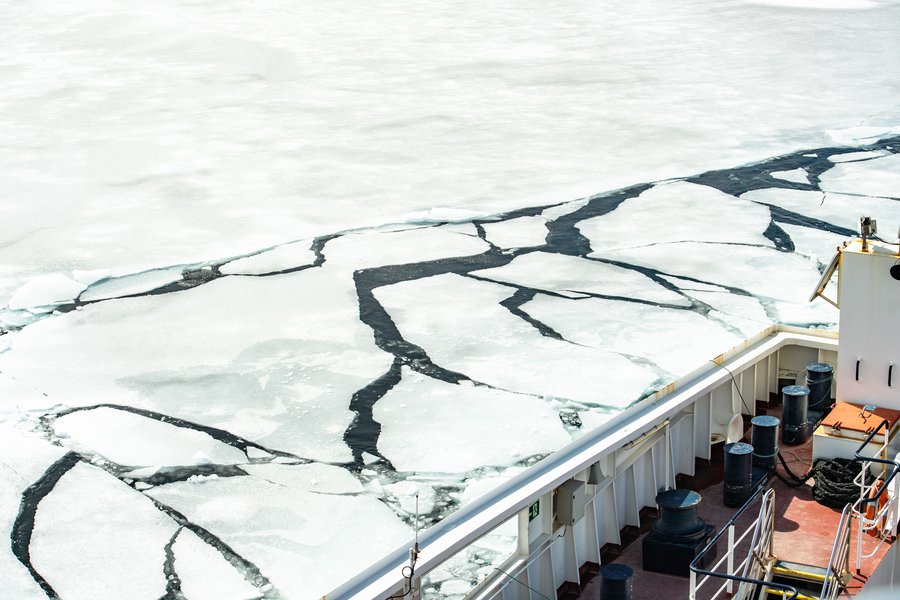 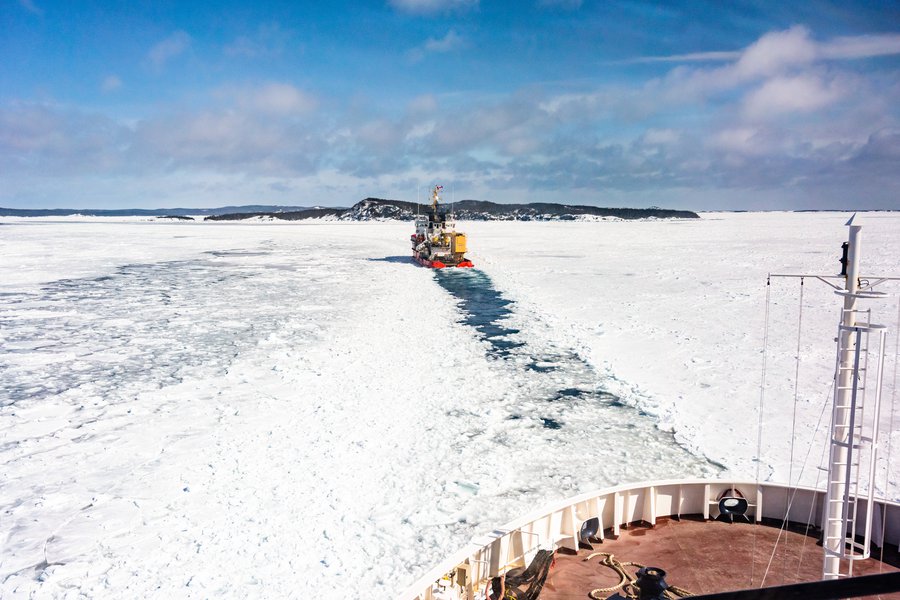 But our return arrival was everything I need to remember right now: welcoming, joyful, attended. The cozy pipes filled with woodsmoke. The literal open doors from friends we met on the ferry. The morning shifts of landscape as the ice filled and then receded from the harbor.  The caribou munching outside our breakfast view. The new friends who became our coronavirus confidantes as we all decided where to return to. 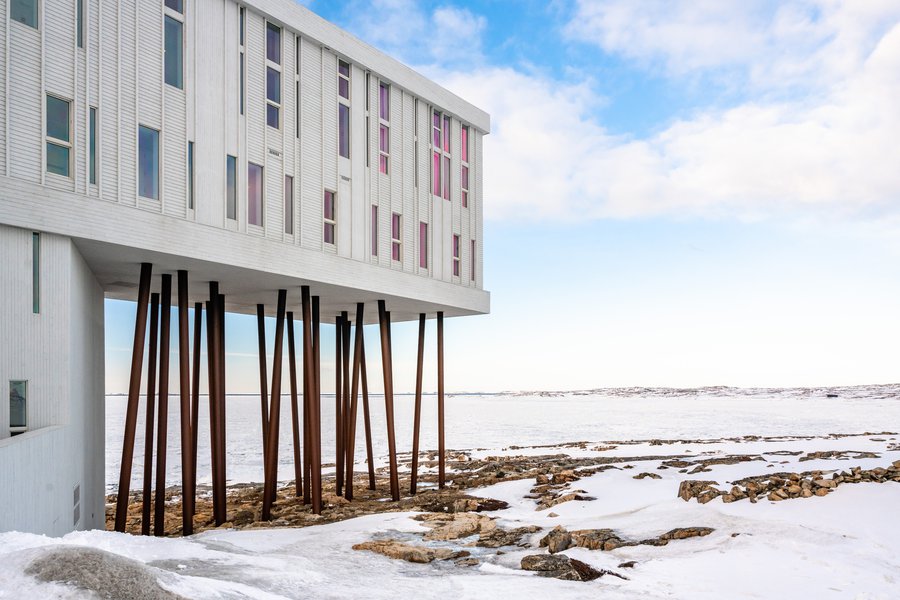 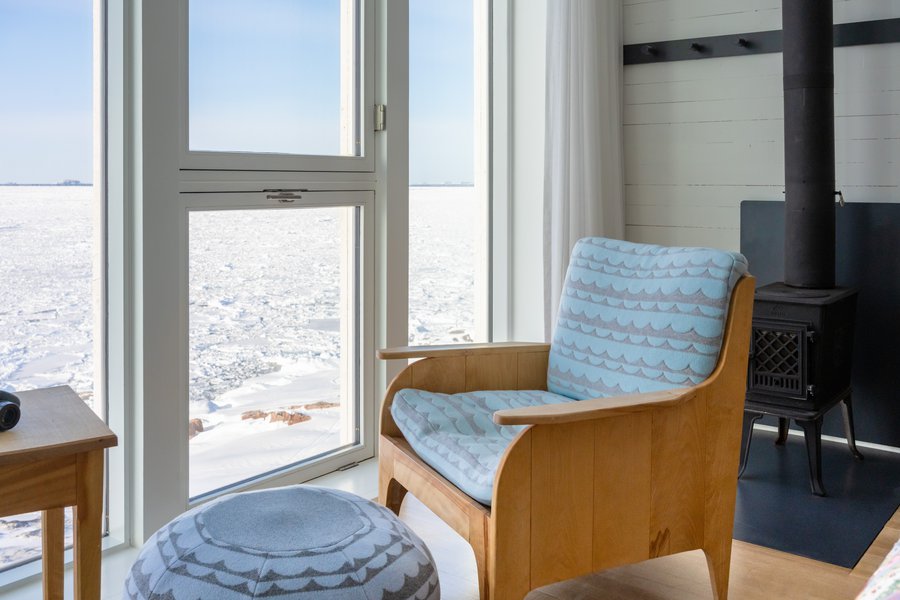 Falling into bed the first afternoon, exhausted, I woke up to tea and bread. The feeling of being known and still welcomed. The feeling of an island open and ready. The coze (I made that up) of a calm, quiet room on the water. We love Fogo Island and the Inn fiercely. 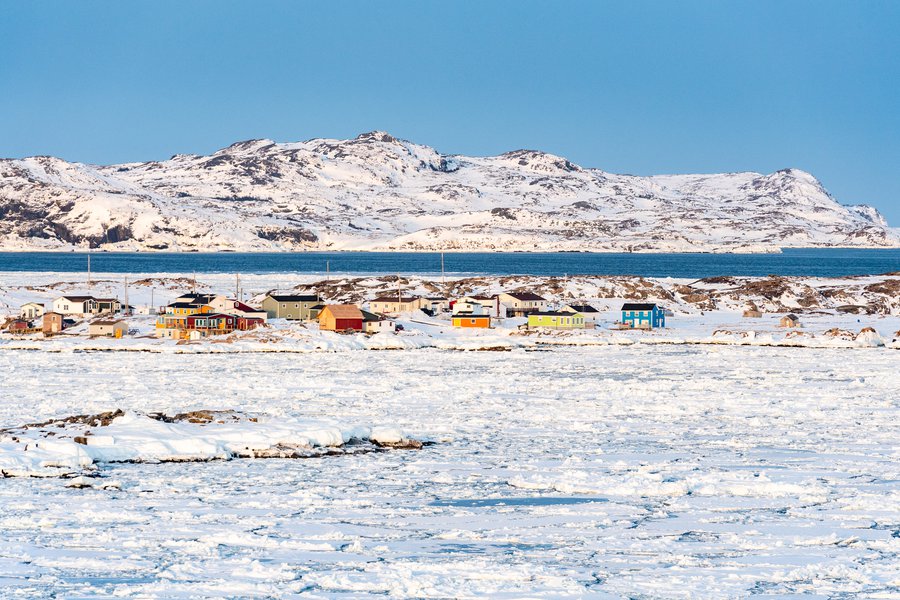 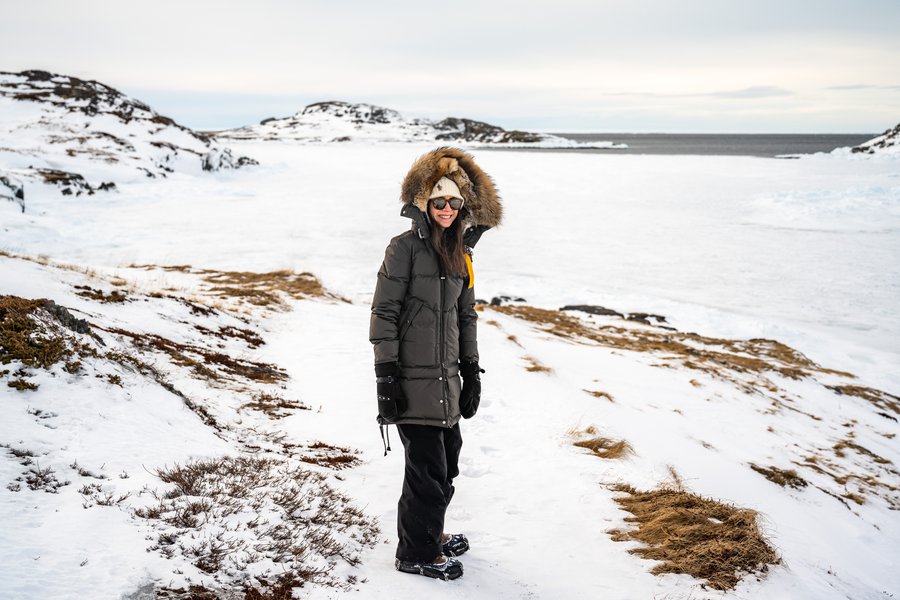 In every way, we are made to know we belong there. I can't wait to share more details soon, and lots more photos. 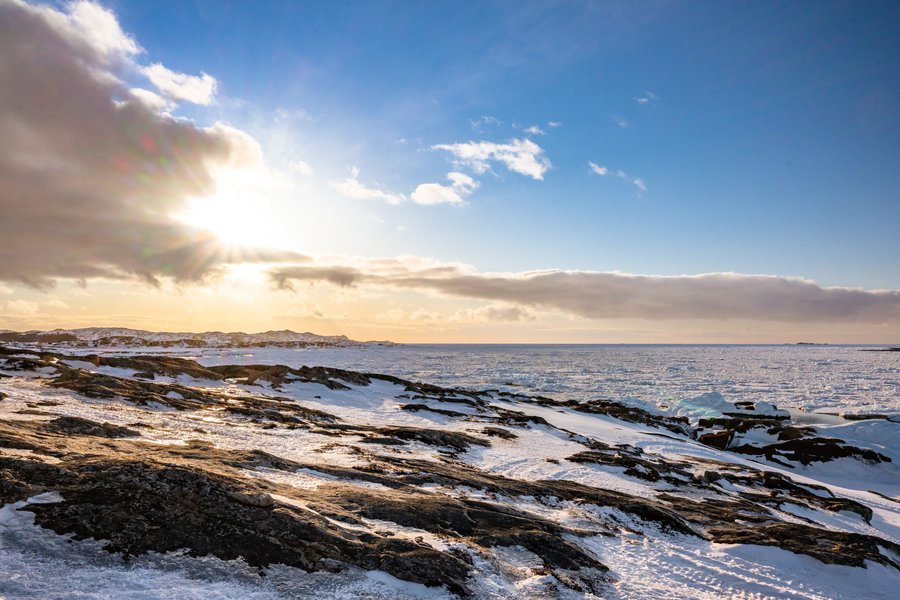 For now, enjoy the peace of the ice that is older than us, and has traveled along the sea for years, changing shape and thickness and density. 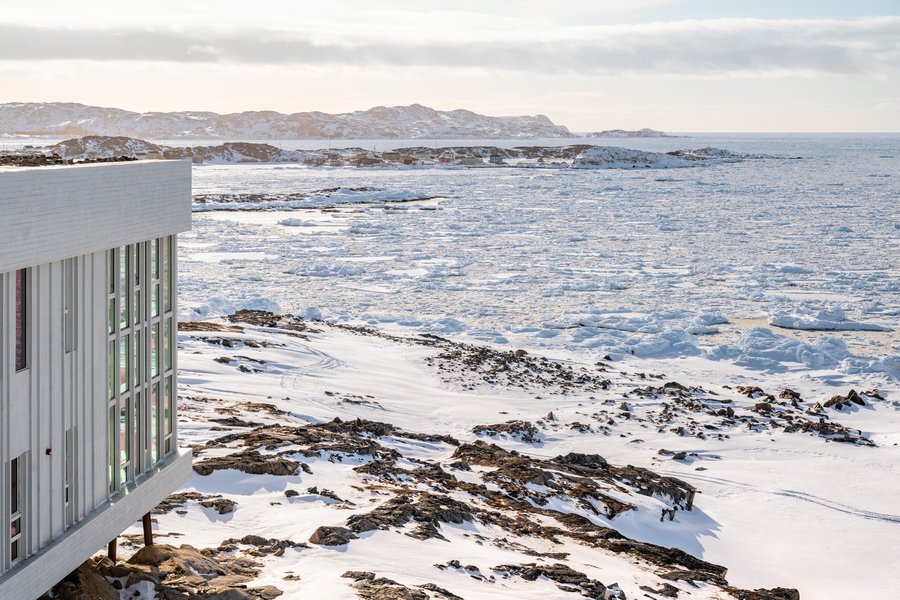