A castle, that is. In one of our first conversations, Walker told me of staying in his family’s castle. I believe the clan system dissolved in the late 1700s, but everyone with Scottish blood still traces it to a clan, basically a large family led by a clan chief. 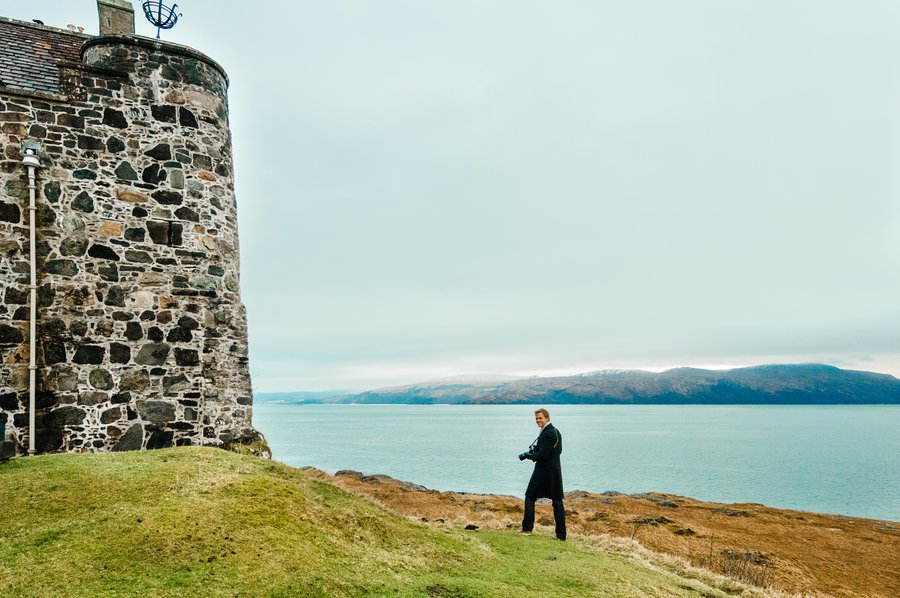 My clan is Campbell, and Walker’s clans are Forbes and Ramsay. Apparently, the Ramsays kept their castle in the family longer than any other clan, and had recently sold it to a hotelier prior to Walker and I's conversation. I almost needed to hold onto the stone wall when Walk casually continued, I’m going to buy it back into the family someday. I was smitten, for so many reasons, with someone with such unbounded hope, even in jest. 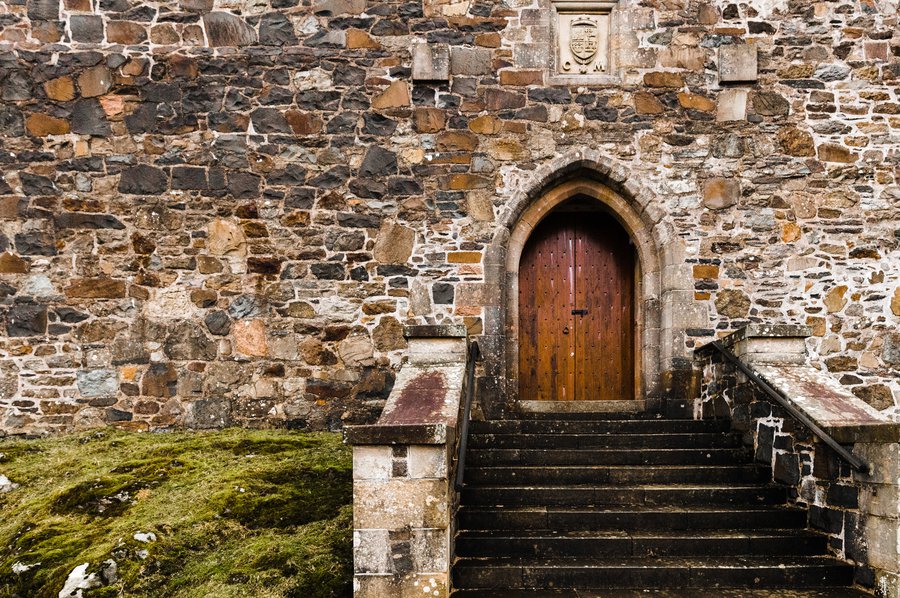 We have yet to visit that castle, Dalhousie, or any of the 16 Campbell castles. But since arriving in Scotland and looking out over the St Andrews castle during classes, seeing the white, enchanted Blair Castle tucked away in the woods, and walking through castles on Loch Ness, and in Edinburgh and Stirling, the more I want to find. The mystique, the lore, and the land is entirely fascinating. 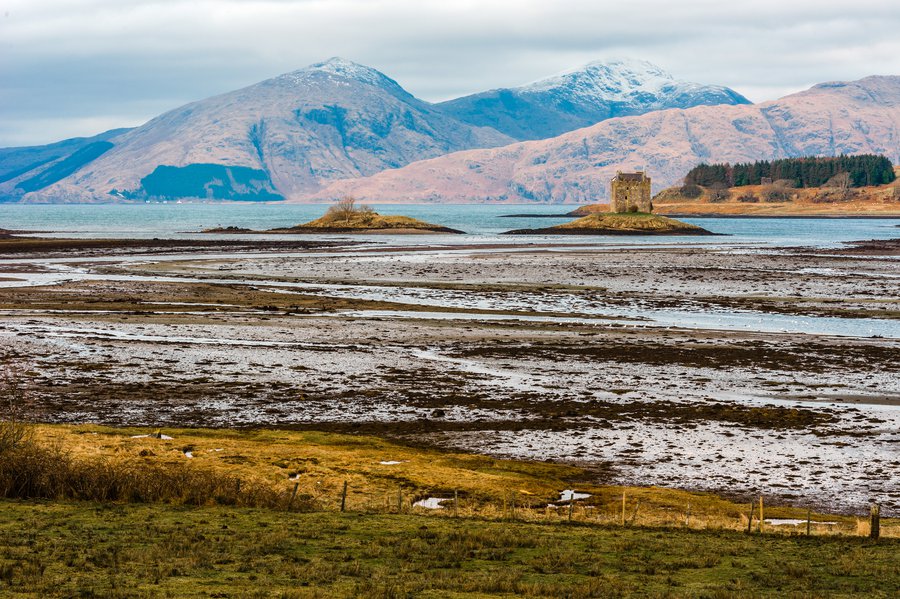 Castles and ruined stone structures are well abundant in Scotland. While they are not the modern Disneyesque structures you may be picturing from Germany, they are instead crammed with lives that have built, taken refuge, and defended them for hundreds of years. I was surprised when I first visited castles here how little there was left to them, and how much was left to the imagination. Rooms were often mere outlines of stones on the ground. 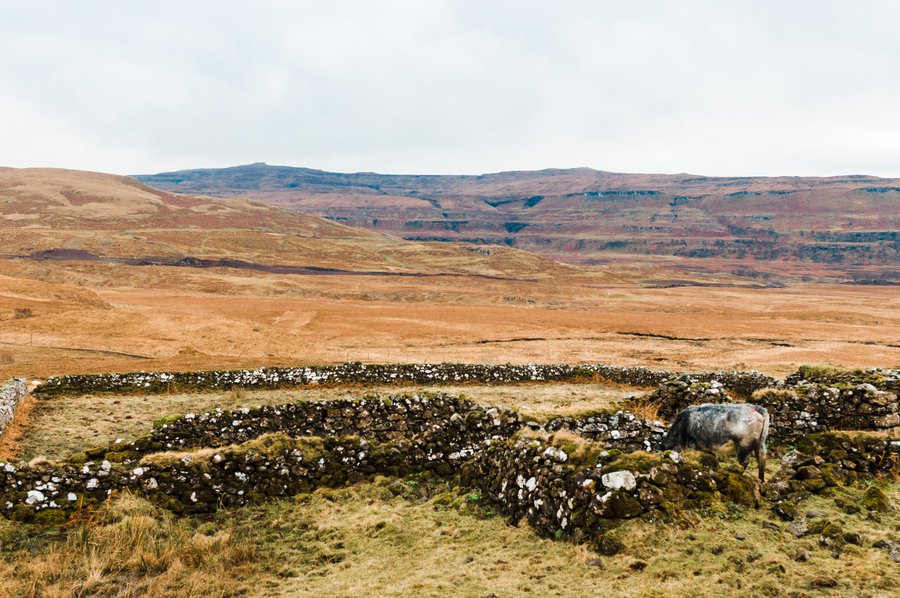 Scottish castles were not palaces of luxury, or refinement, and that still shows in their homeyness and rugged feel. 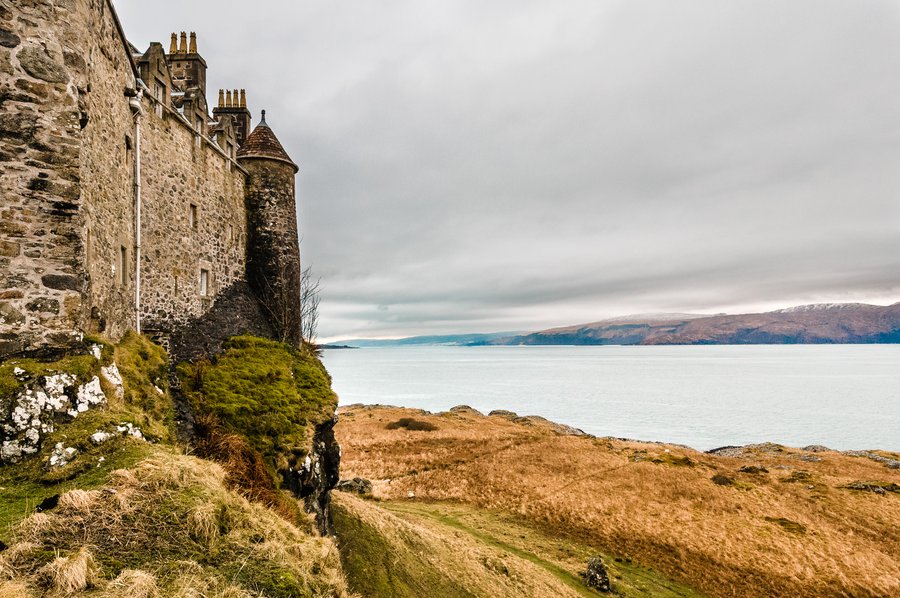 This weekend, we happened upon Castle Stalker (from the Gaelic word for 'hunter'), of the MacDougall clan, 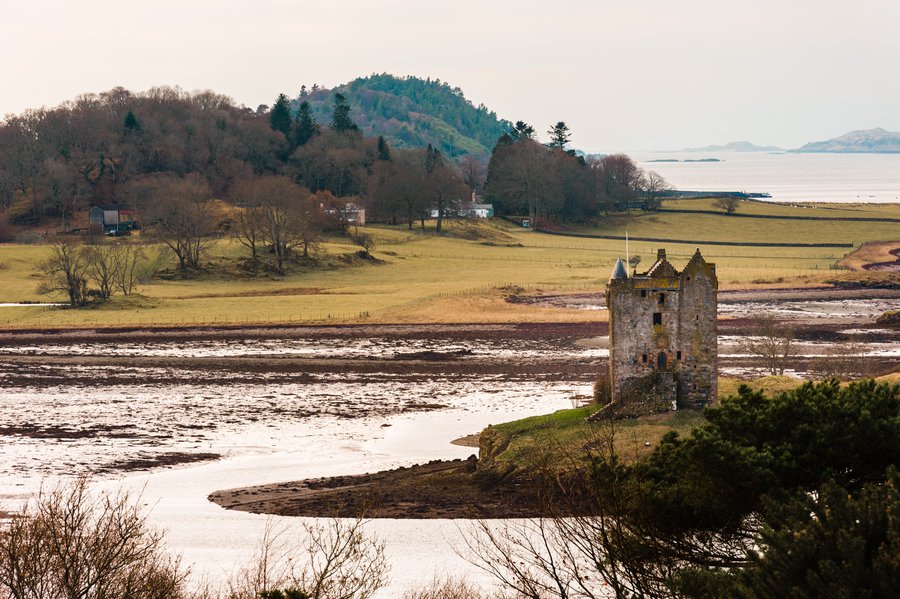 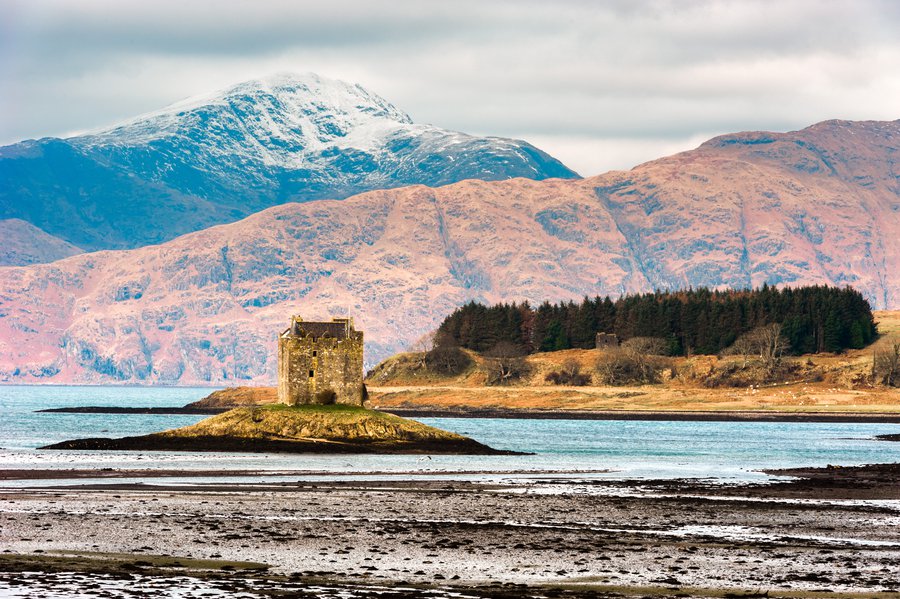 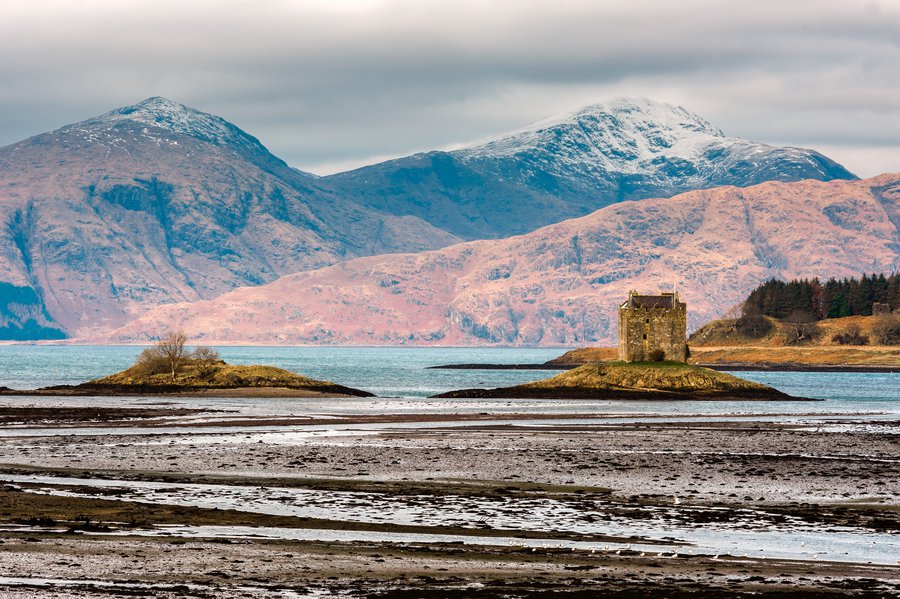 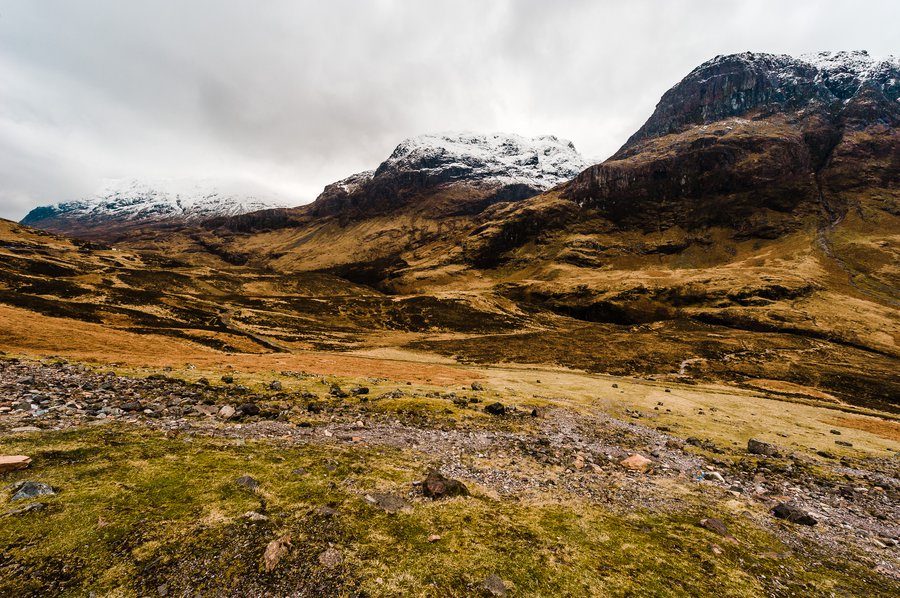 and Duart Castle, home of the MacLeans, 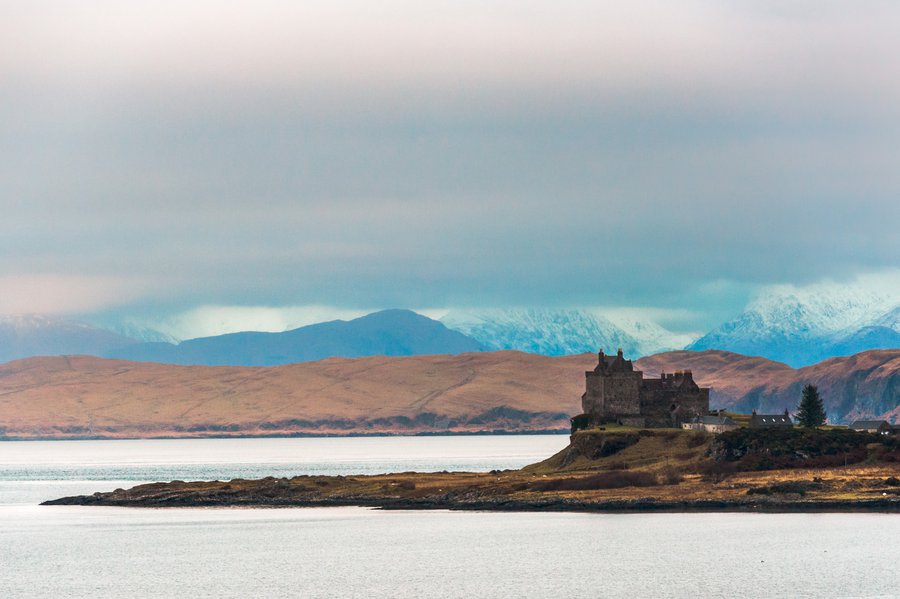 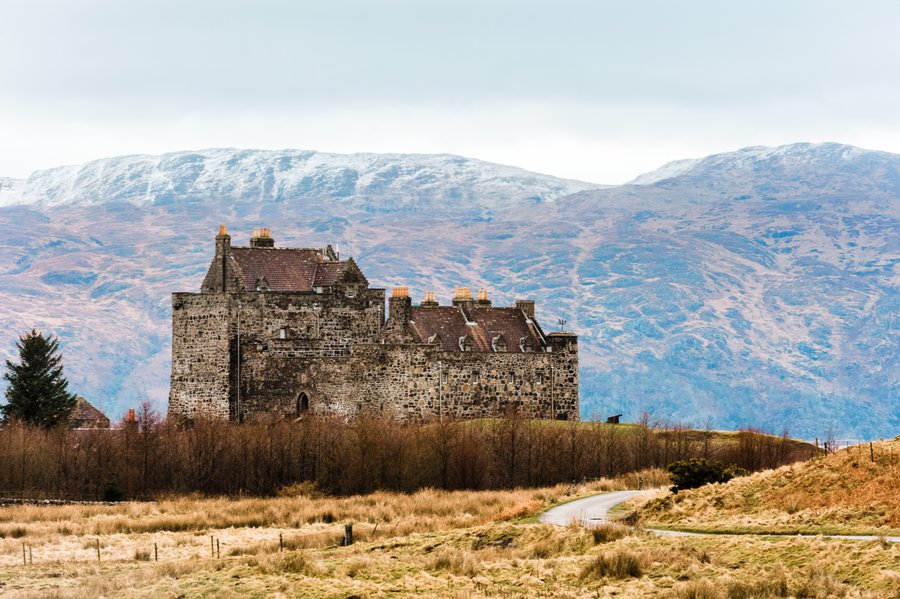 as well as countless other ruined buildings. 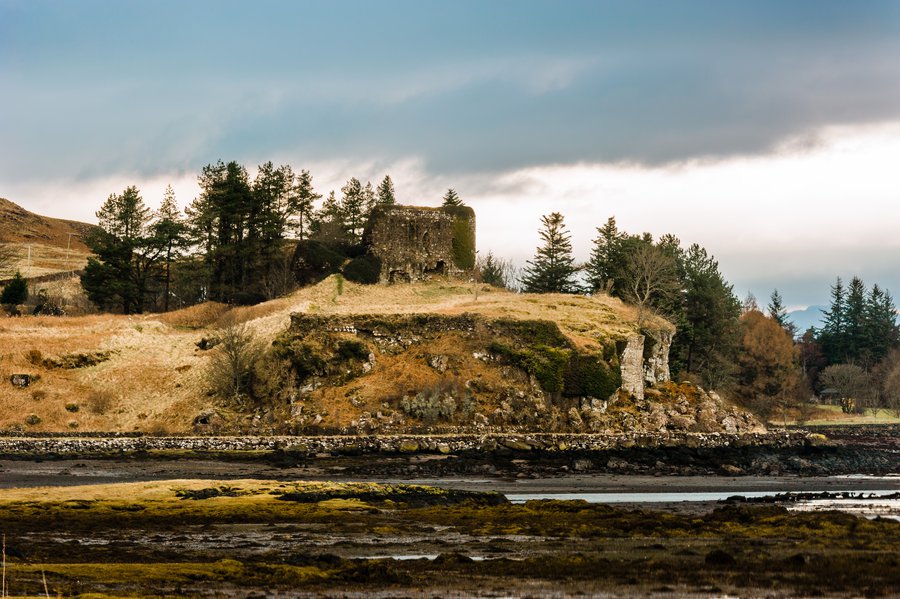 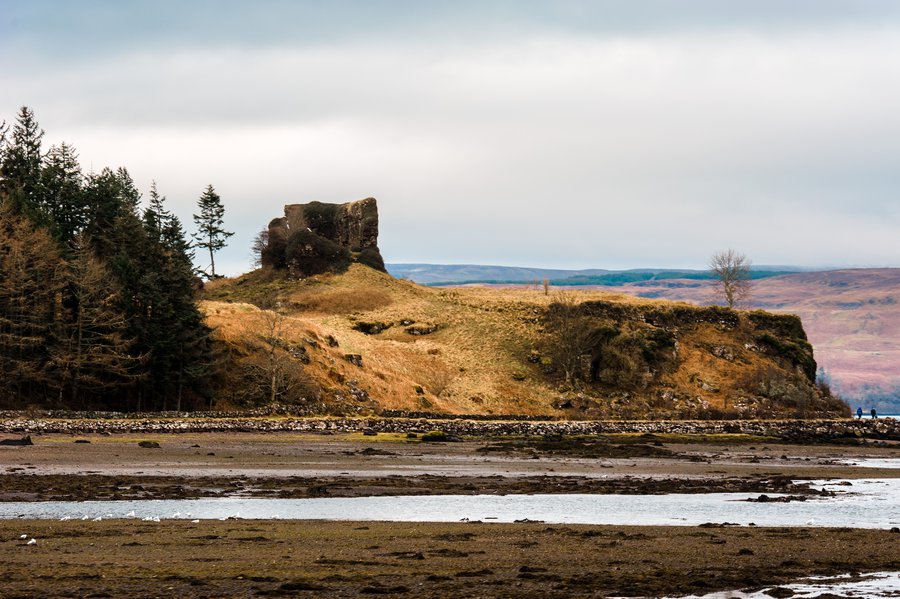 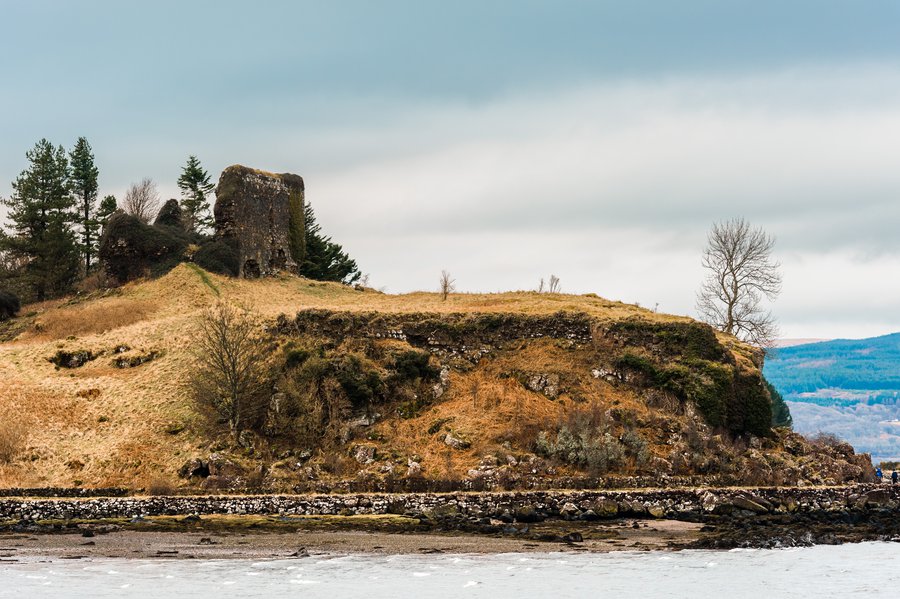 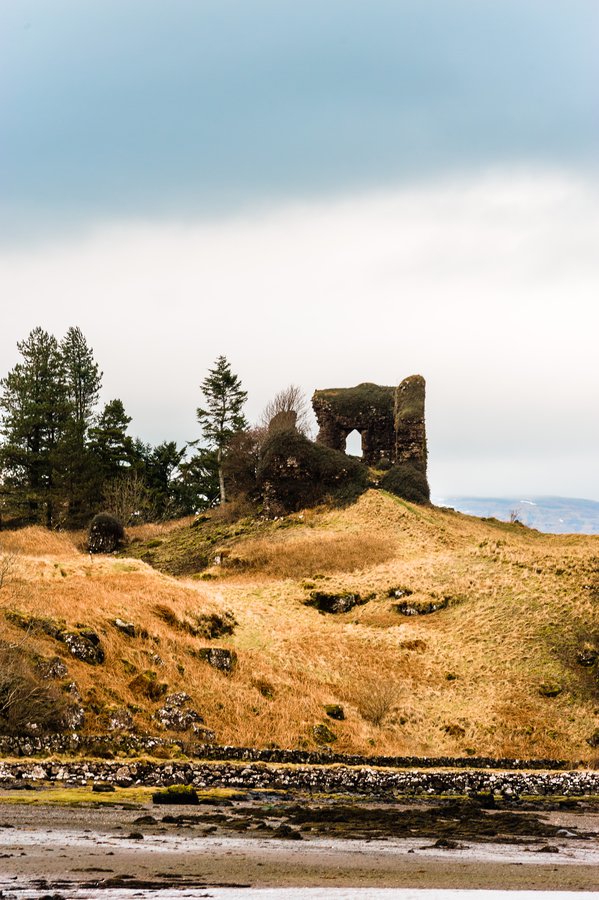 (And a newer one that doesn't really count but is pretty.) 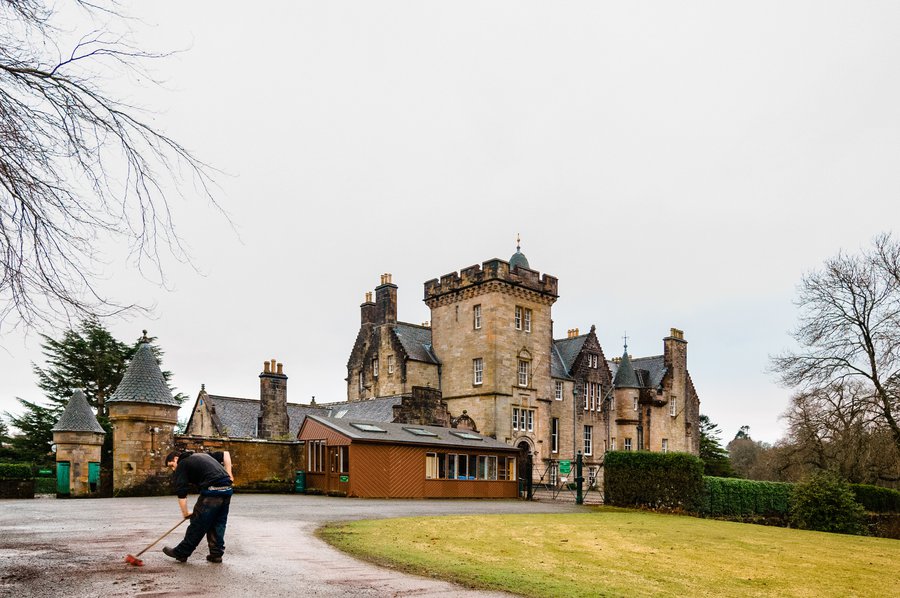 I don’t know anyone who is apathetic to castles, but my fascination probably started with my little-girl heroine, Robin Hood’s Maid Marian, who would let him escape through her castle casement. I loved watching that old film, as Robin Hood throws the deer off his shoulders onto the wooden head table where the party digs in. There is something entirely likable about such heartiness and festivity and rustic good nature. 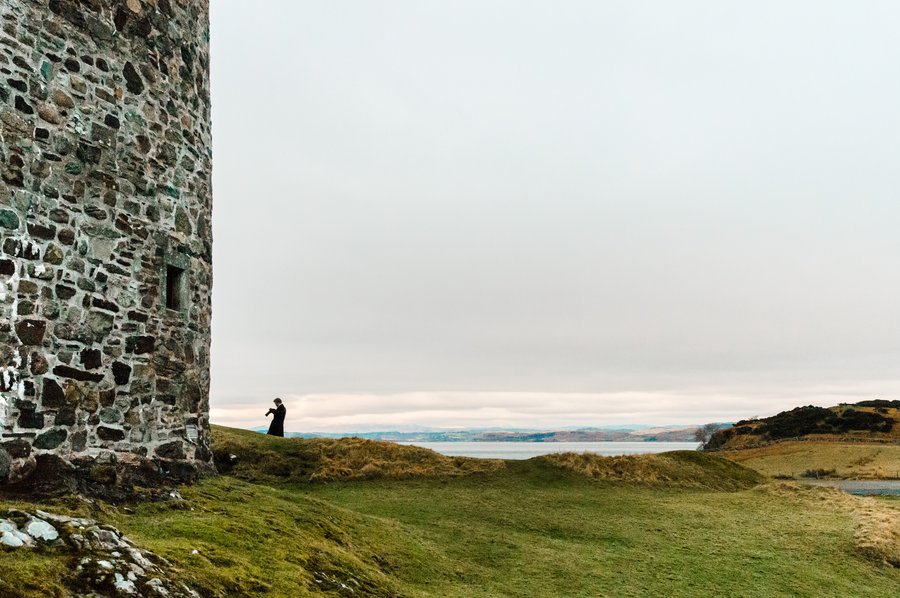 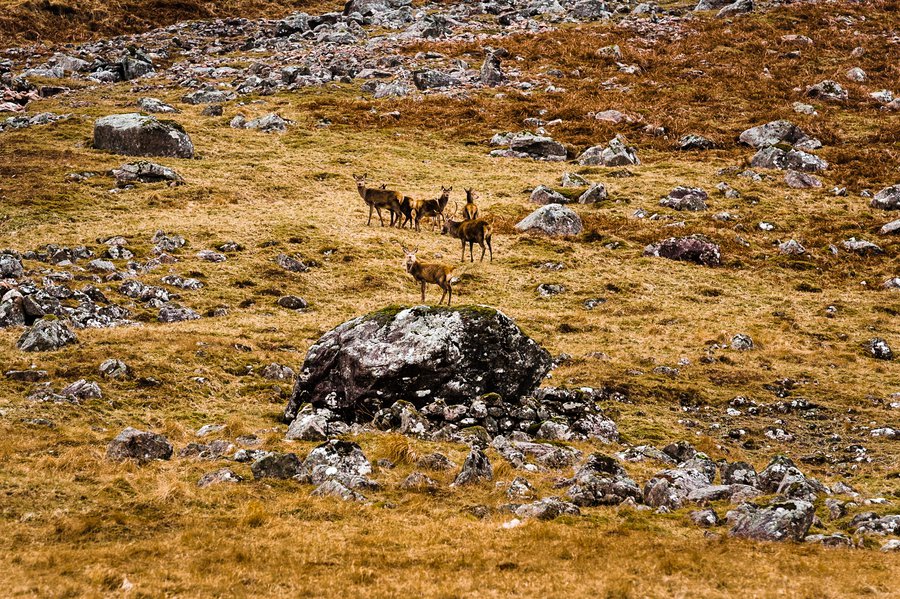 I even did an 8th grade paper on (no joke) medieval castle defenses. So, when Walker buys a castle someday, and is re-instated as clan chief of the Ramsays, sadly I will not know much about these, preferring the battering ram and trebuchet instead. 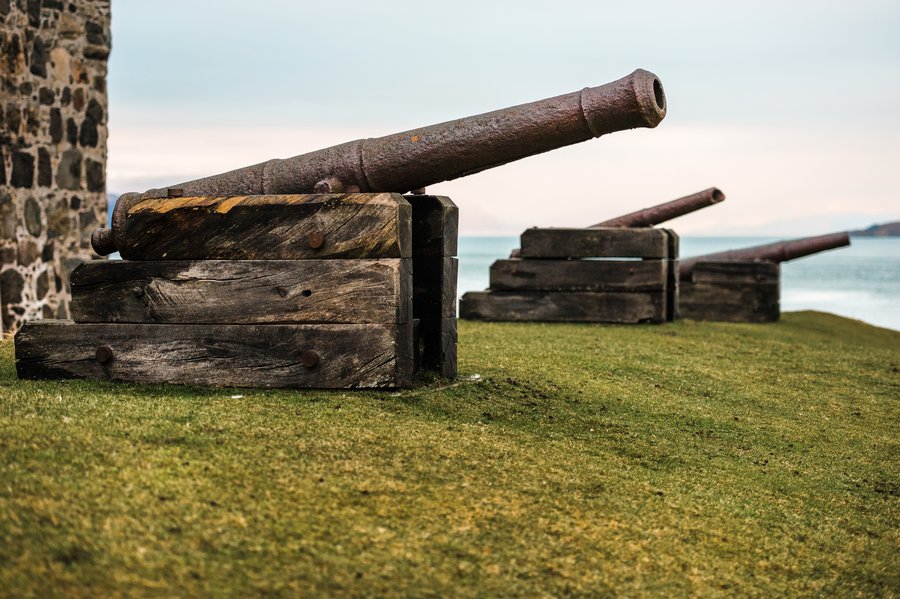 I will love the morning view 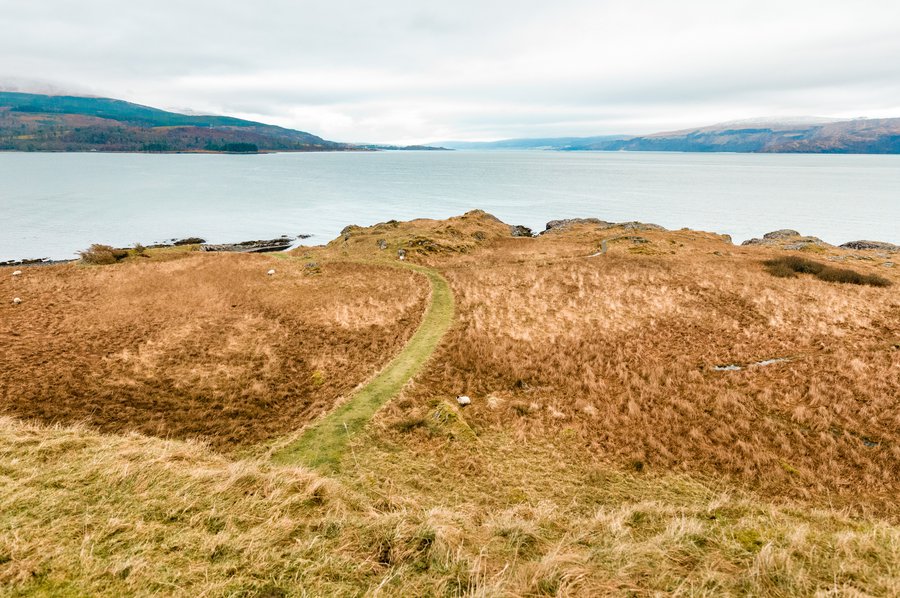 all our nooks and crannies, 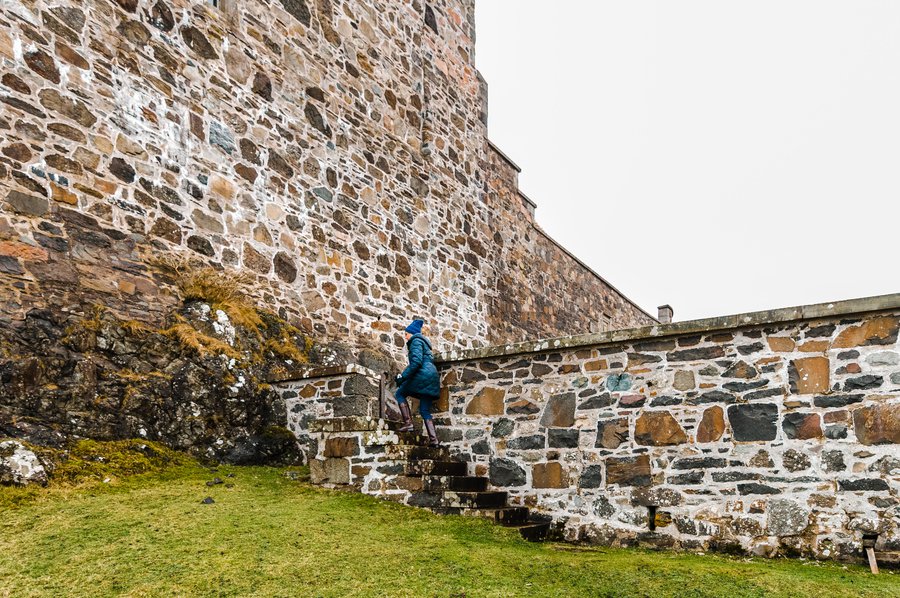 and our stately pets 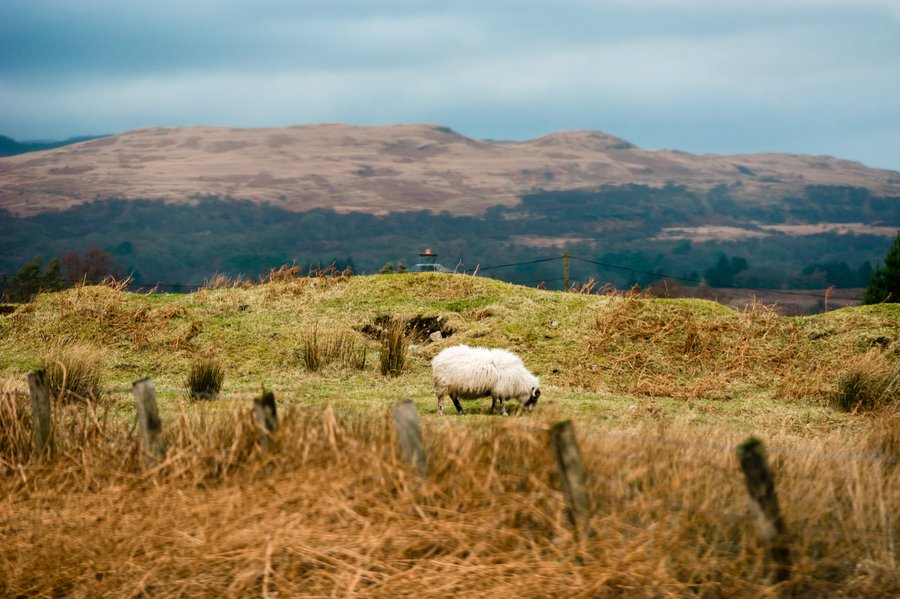 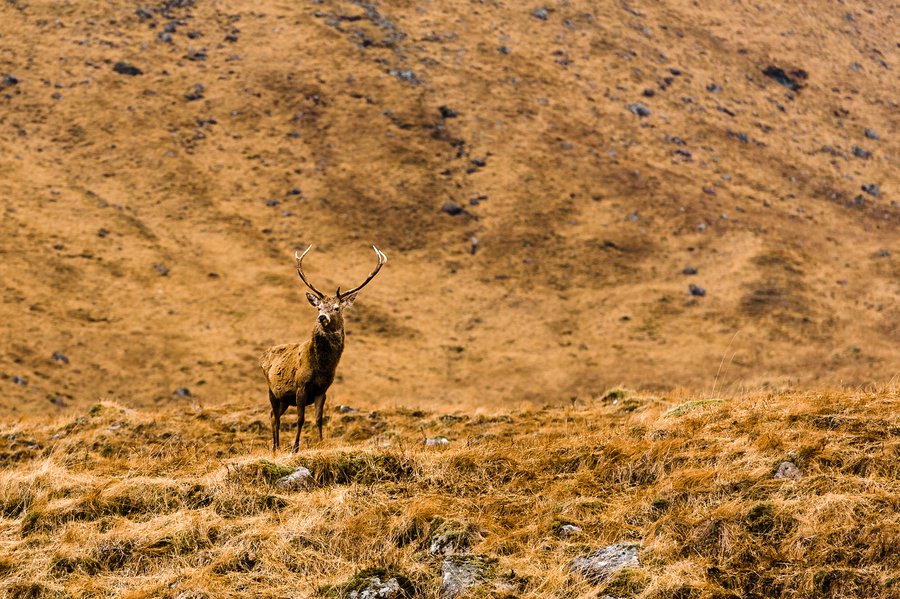 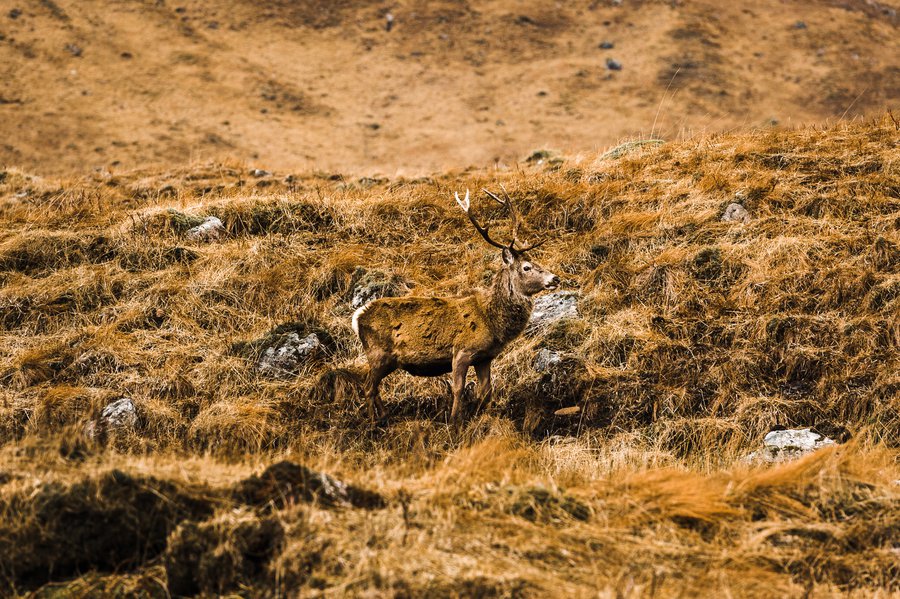 because he got pretty close taking these and I was getting pretty fidgety looking at that rack. 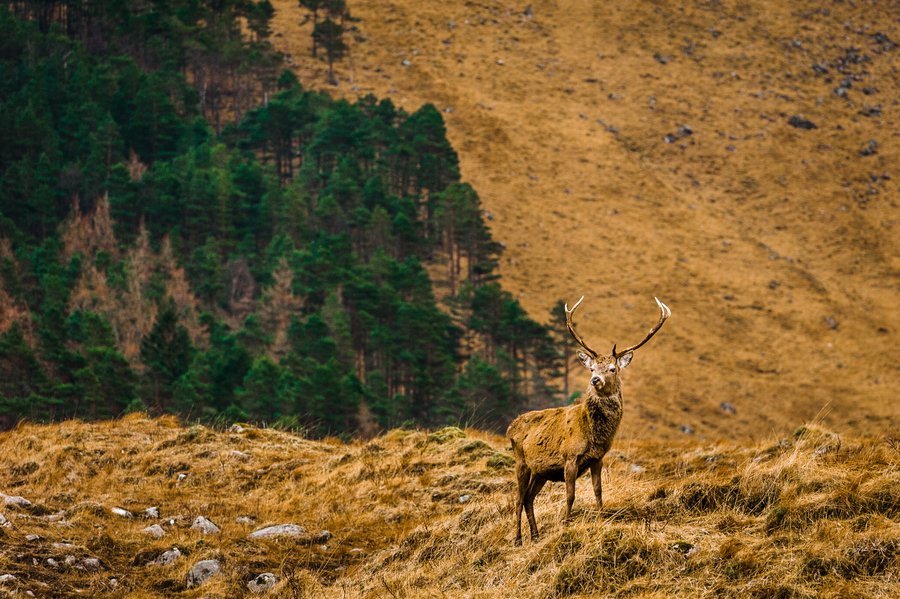 And, of course, anyone who has left a comment on my blog will be more than welcome to stay within our walls. Promise, we won't serve venison, but there may be deerskin rugs. There will certainly be lots of fires stoked and lots of fiddles bowed.

And you may wander around to your heart's content, because, after all, the castle's enchantment is hidden, as so much joy is, in the surprise of finding it, burrowing inside its unpredictable passageways and looking out over the conquered land. 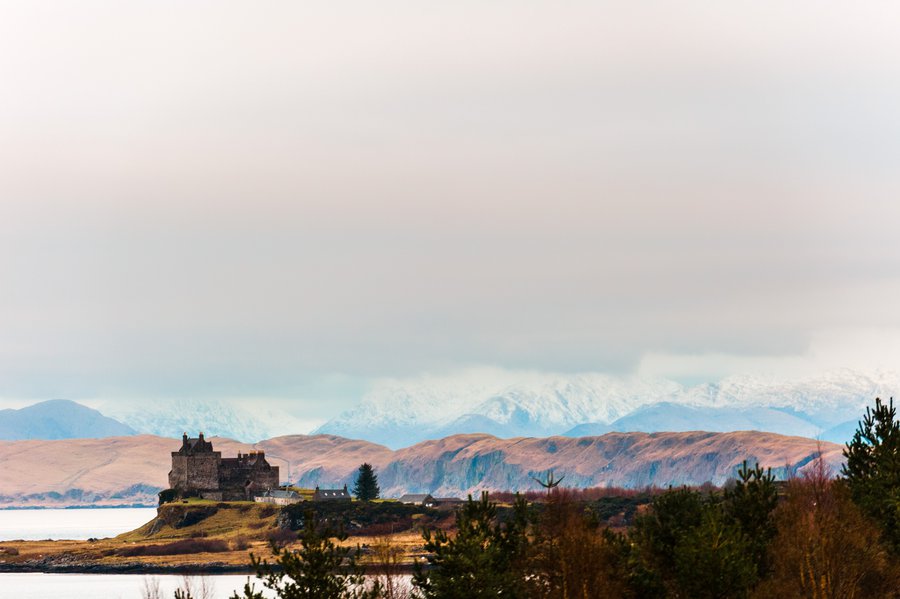 (Bonus points for naming the film in which one of these castles infamously appears! )