Just popping in here tonight to share a few instants of New York of late. It's nutso time in the City and I thought I'd share some smiles.

Scene 1: About twice a month, Soho has a traffic day that reminds me of every traffic movie scene I've ever seen. People stretching out of their car windows mumbling, everyone stopped in gridlock honking just for the vague relief of it. Today was the lucky traffic day, and as I merrily walked past on my lunch break, what should I see in the street? An industrial sized sink, the size of a bathtub. Not its finest day.

Scene 2: If you are taking the F train home some night, and find a cream-coloured, knit mitten under your bench, you know whose it is. He gave it to me for Christmas last year, and life in New York with only one mitten is not as fun. I've started to understand the purpose of pockets.

Scene 3: Did I tell you there is something in New York I might be more scared of than pigeons? The fire alarm in our apartment. I found this out before Thanksgiving when a buttery crust spilled over and the apartment was (admittedly) a cloud. In the midst of the cloud came a shrieking siren, pierced by a voice yelling "There is an emergency! Evacuate!" or something of the sort----I don't actually know what it said as the shrieking was too loud. Making bacon, even warming apple cider puts me on eggshells these days. I fling my windows open despite the risk of pigeons to avoid that thing, that thing so high up in our loft ceiling that even balanced on the tallest, swiveling chair, I can not reach it.

Scene 4: The past few years I've loved Christmas tree setup, and then for the next month despised my early Christmas tree love. My eyes itch. I'm congested. So this year I did my research. I found out that allergens usually come from mold, from a tree being cut and sitting outside for a while, or possibly pesticides. When my search for an organic Christmas tree vendor dead-ended and I was moaning to Walk about it, he mentioned that he'd seen a "hippie-looking rainbow" sign at the Christmas tree lot on our street. Not only were their trees organic from Vermont, but cut the week before---the freshest in New York, they thought. This year, I am sneeze-free! 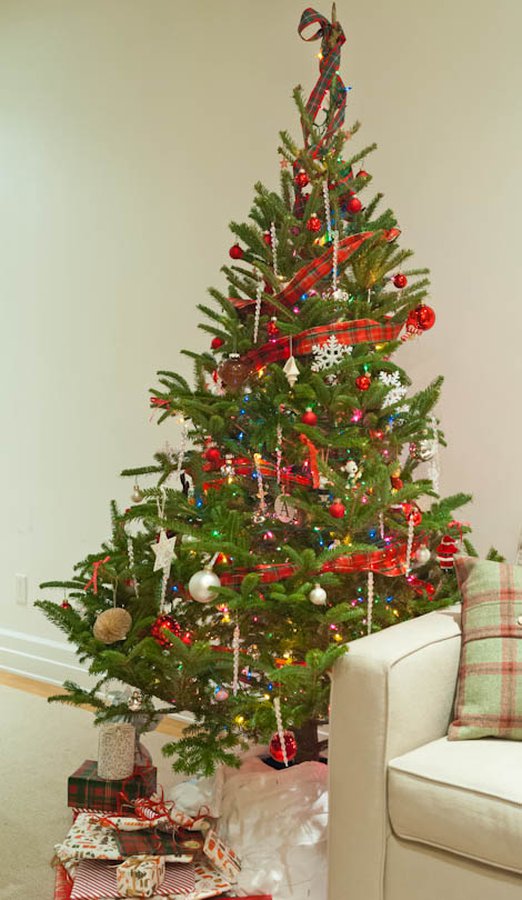 Isn't she a beaut?

Scene 5: Walk and I watched with intrigue as a man walked up the subway steps in front of us this morning, pulling a massive kitchen garbage bag over his head, billowing from the air gusts in the subway. We laughed when his head popped through the top.

Scene 6: My worst nightmare came true in front of the magical windows of Macy's at Christmas. I heard a splat on the top of my head, and reached up to discover that yes, a pigeon had left me a present. Thankfully, I was with my friend Kelly, or might have burst into tears. Instead, we laughed.

And to end the night, scene 7: I saw a star! Above Vinegar Hill, our neighboring nabe, through the Manhattan Bridge a few weeks ago---what a joy. And though I am no celebrity-spotter, I saw Anne Hathaway, who lives around the corner, as Walk carried home our Christmas tree.

It's a crazy, beautiful time here. 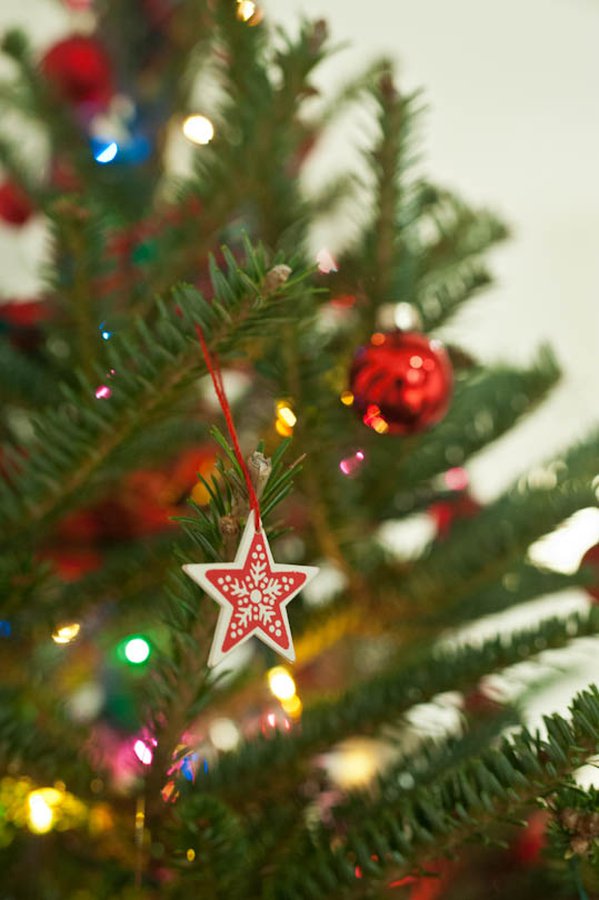 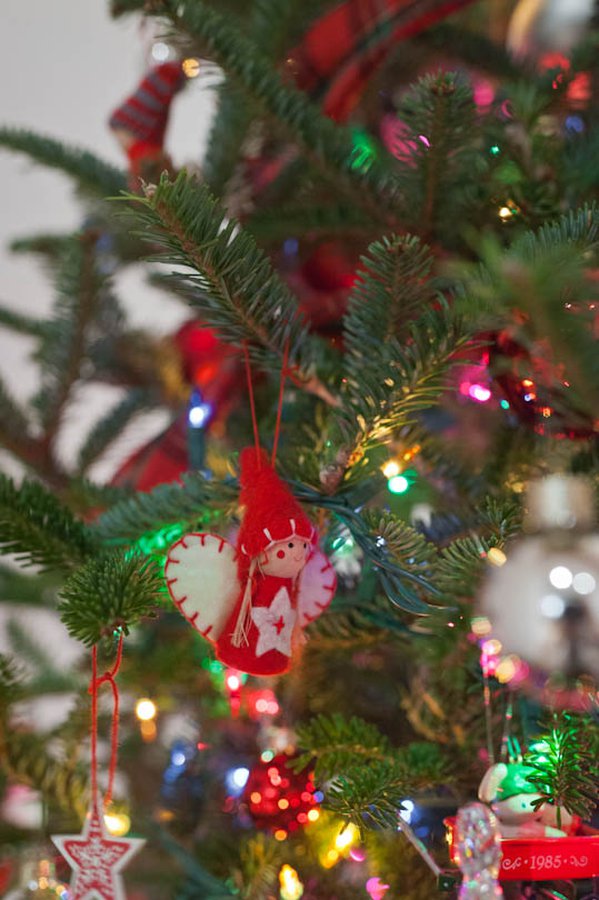 Merry (late) Christmas, and a beautiful New Year to you all!