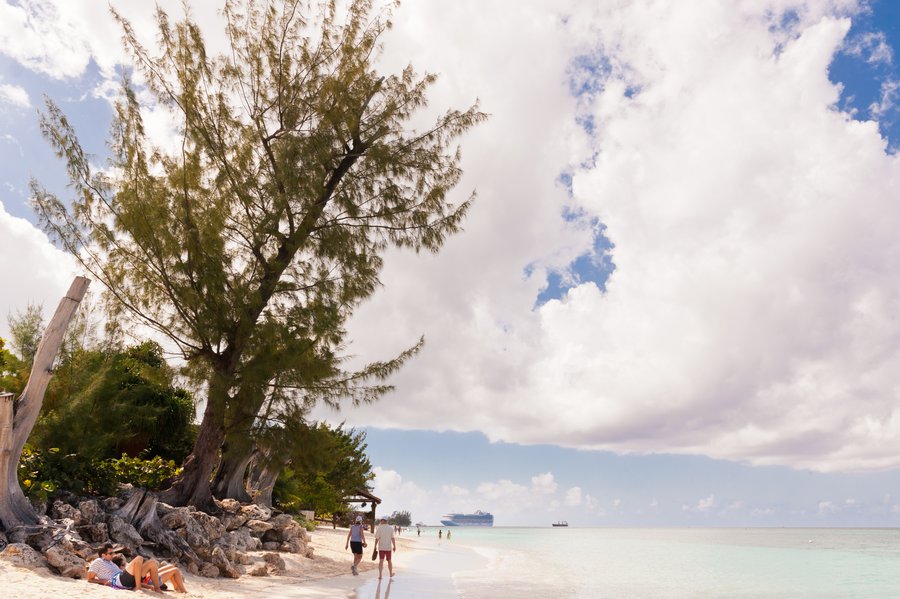 I know it's been ages since I've been here, but that's because we've been so many other places! Summer in New York can be unforgivingly humid, but also starbursts of free concerts, ferry rides, and rainbows of delicious food. We've also been to Minnesota, Scotland, and the Jersey shore this month, so photos of those spots will be on their way here soon.

For now, back to a summery trip we took when it wasn't quite so summery out. Here's a wrap of some sea adventures we took around Grand Cayman back in March. The highlight of the trip was when my in-laws chartered a wonderful captain named Ezona to take us out snorkeling. 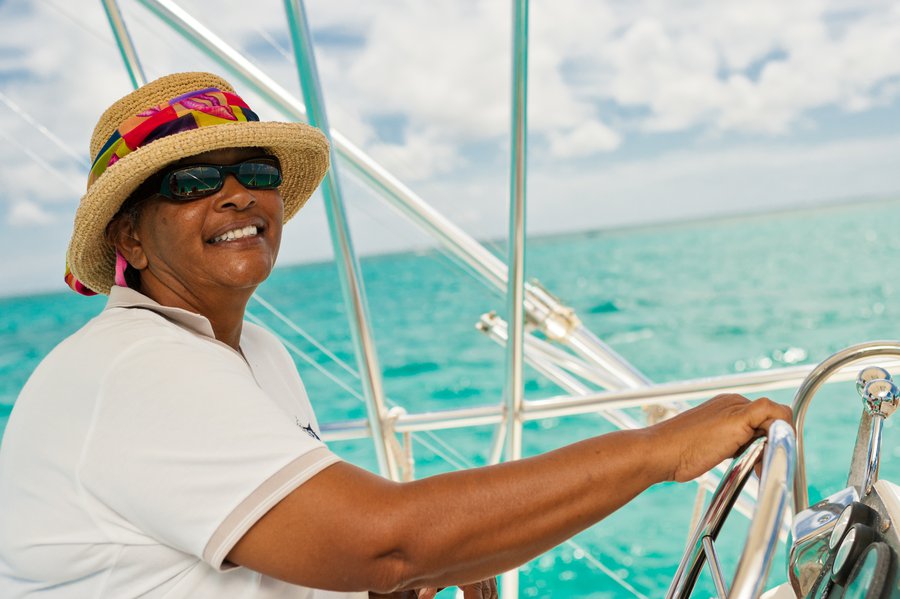 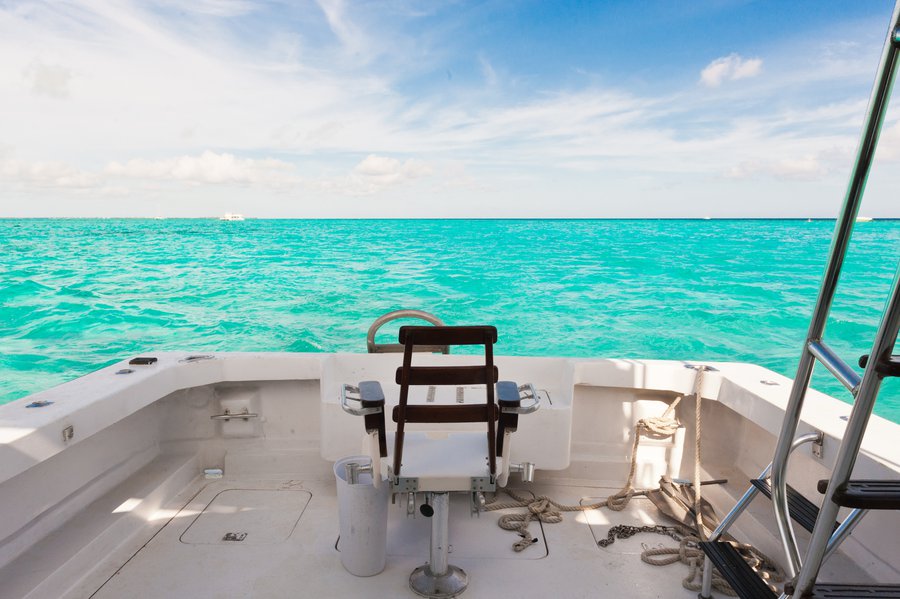 Her son Edward came along as the first mate, and dove down to find sparkly sea treasures to show us; they were both the friendliest and kindest people. 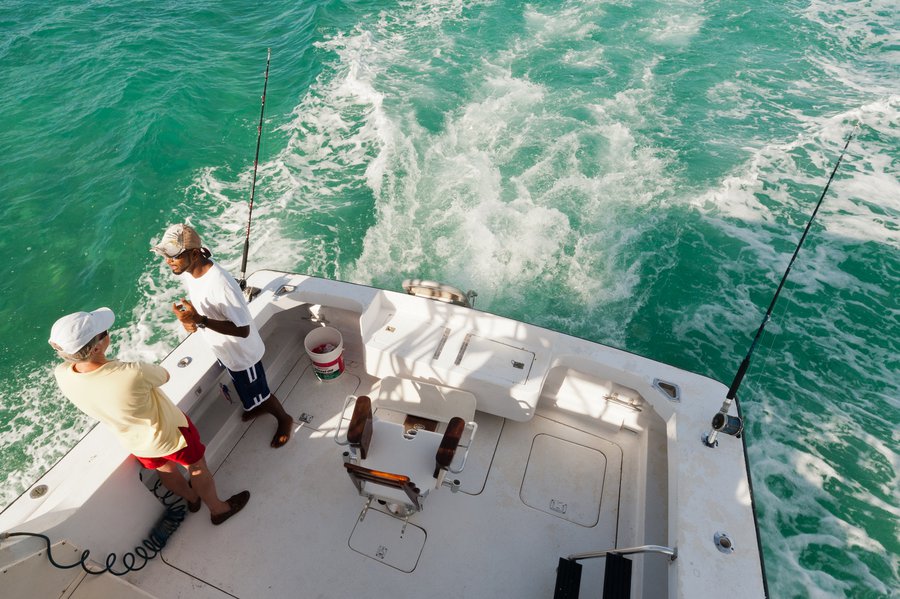 Our first stop was Stingray City, a place were friendly rays come to be fed (as they have for generations). We were surprised to find that they were affectionate (so bizarre!), and loved being held and flapping around to meet us. 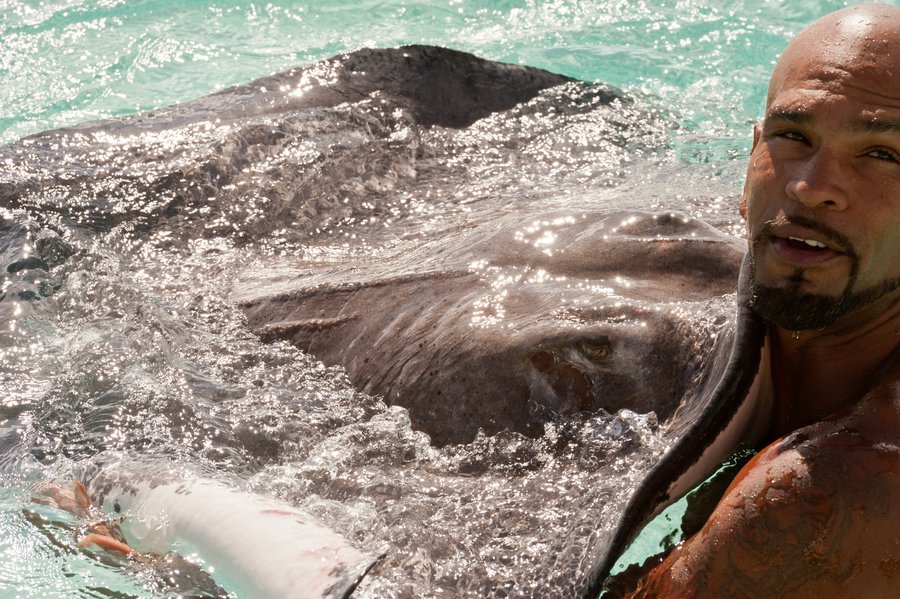 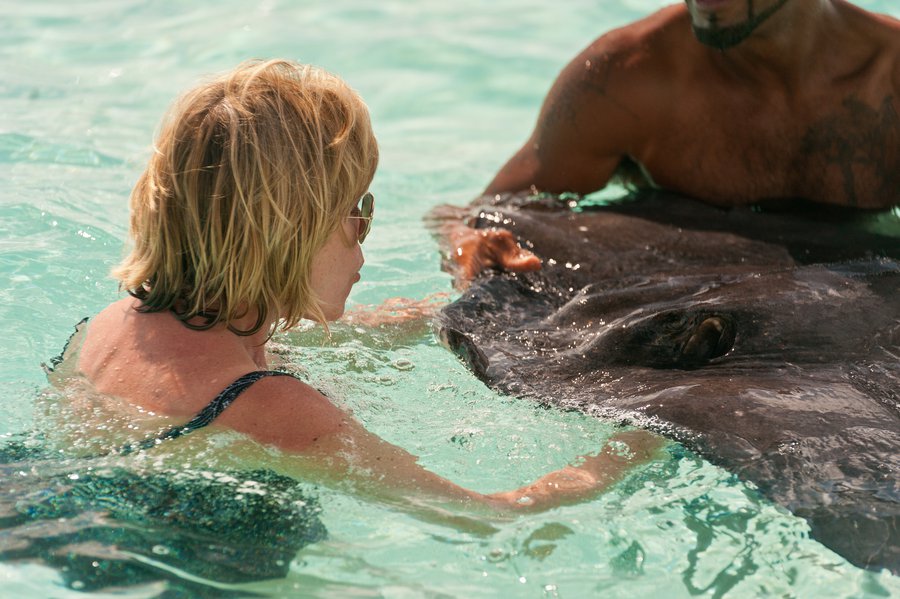 Their bellies were satiny, and they loved coming out of the water for kisses. Edward had a knack getting their affection. 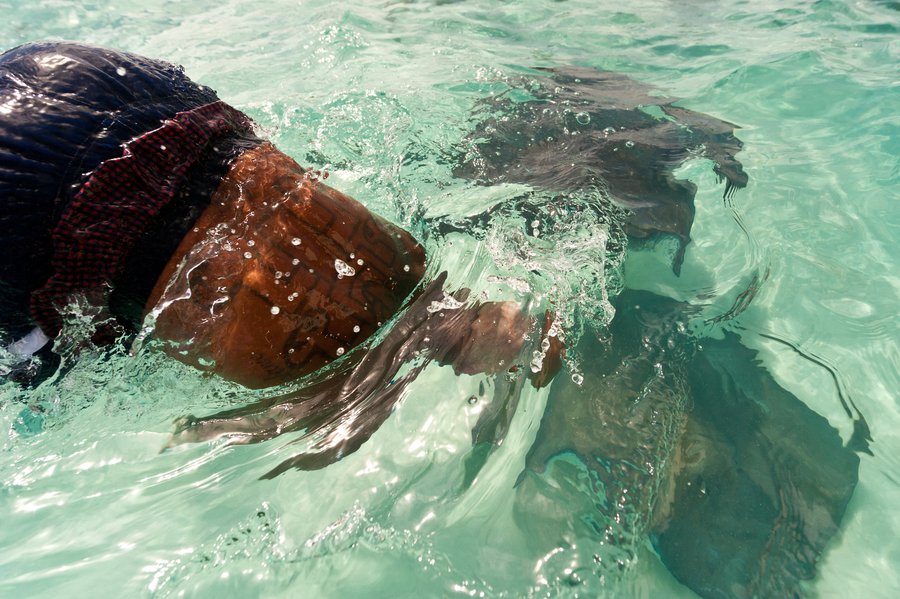 There were hundreds of people there, but all the rays loved Edward! He said they knew him. 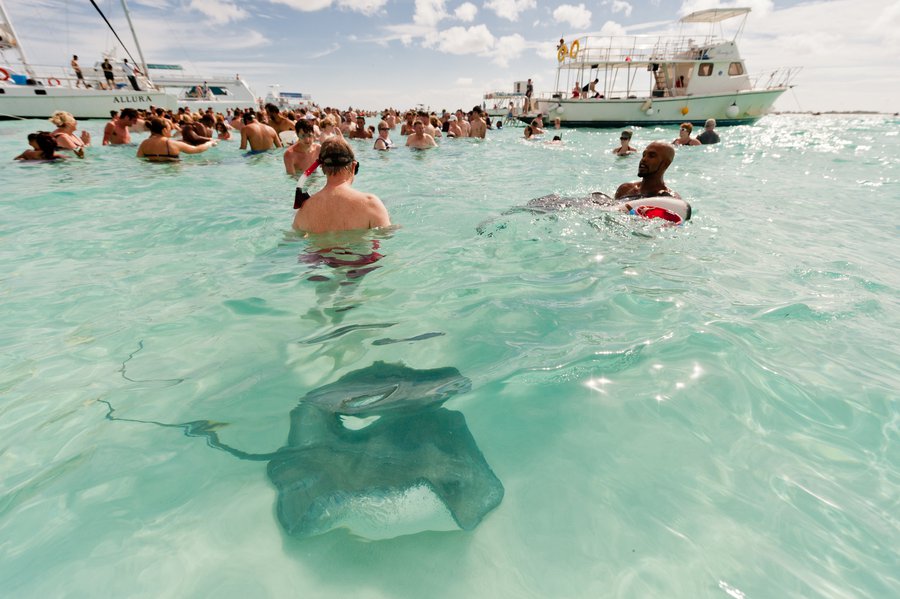 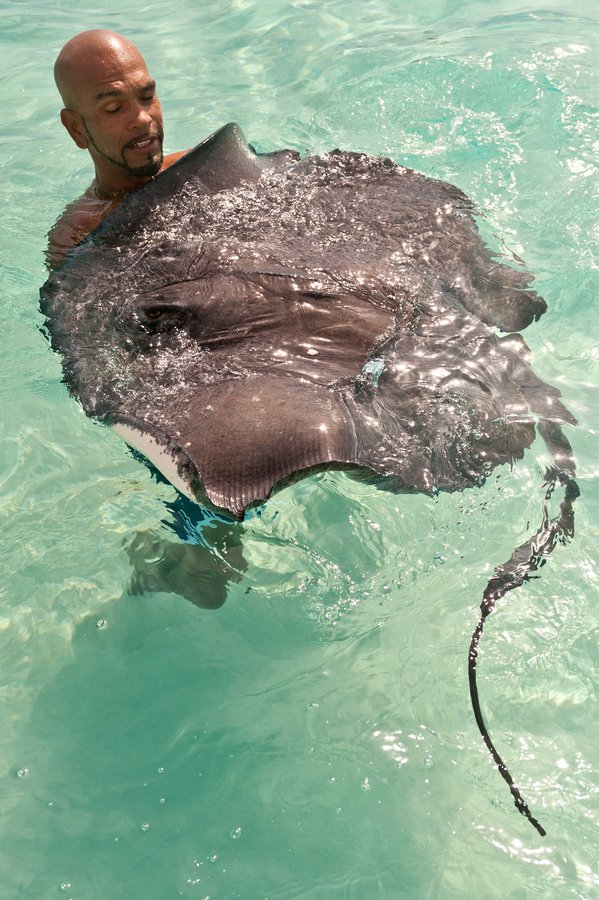 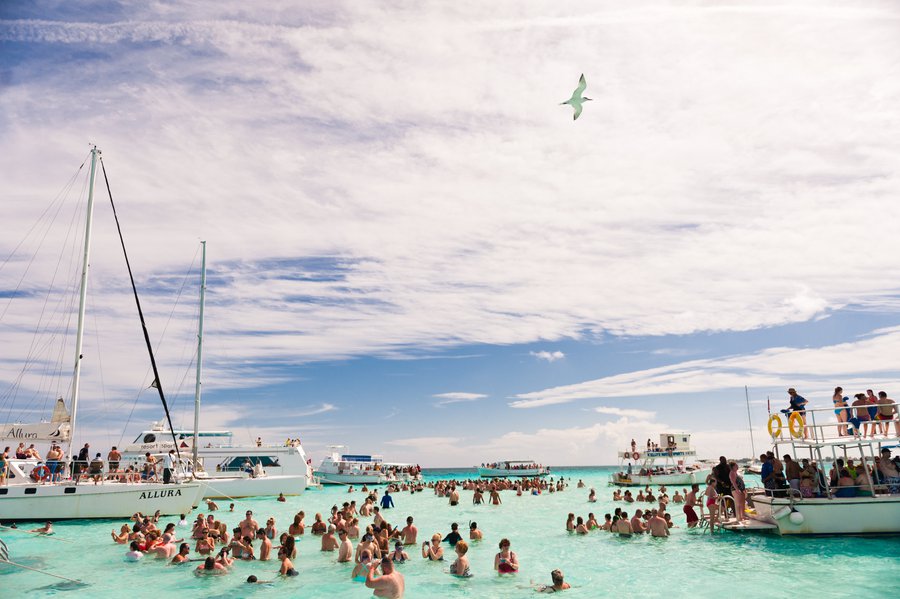 Thousands of tourists travel to meet the stingrays each week, so we were happy to have so many coming over to say hi to our little boat. 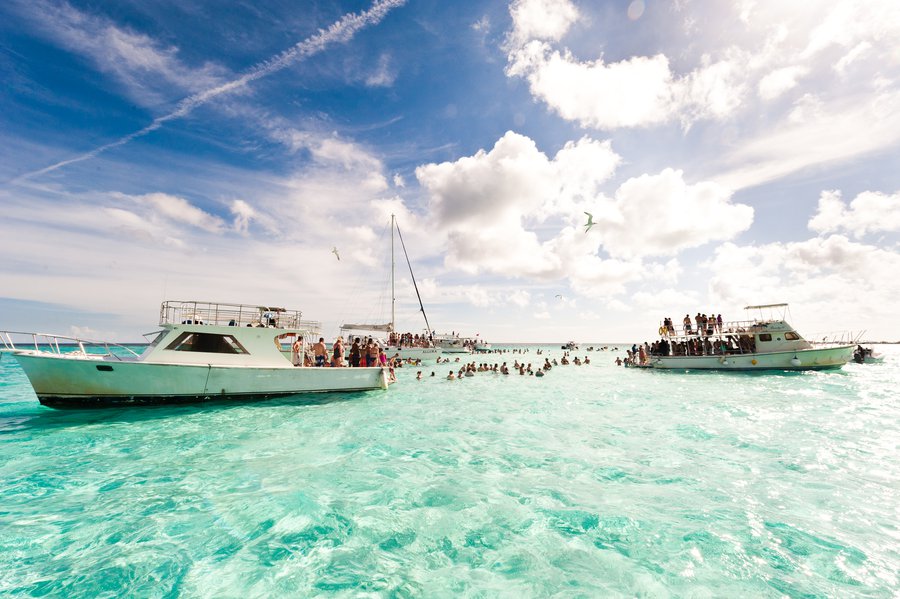 Later on, we dove around a variety of reefs which all felt like massive aquariums. The water was so clear you could see far over the red tubes and purple fans and brainy yellow corals to all the bright blue and striped fish hiding around the reefs. What looked like dark patches above the water became a brilliant and exotic world underneath. Most majestically, eagle rays silently glided under us. 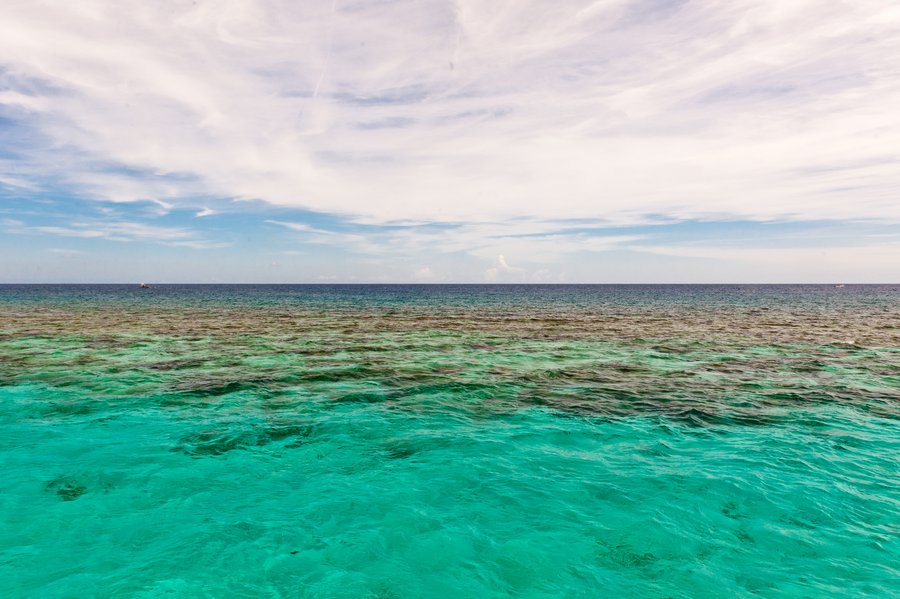 Sadly, our camera doesn't like the water, so we just have the dry version of the view. 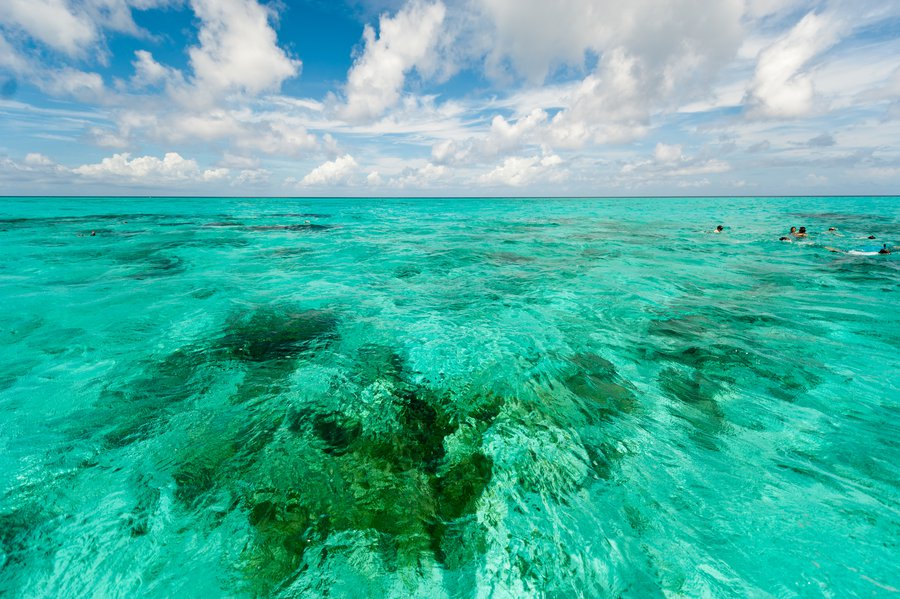 Edward dove to get us fresh conch (pronounced, I learned, 'conk') for ceviche, which Ezona prepared right there for us. The texture of conch was too chewy for my liking (rubber bands for dinner, anyone?), but the flavor was mild for a sea creature and pleasant. 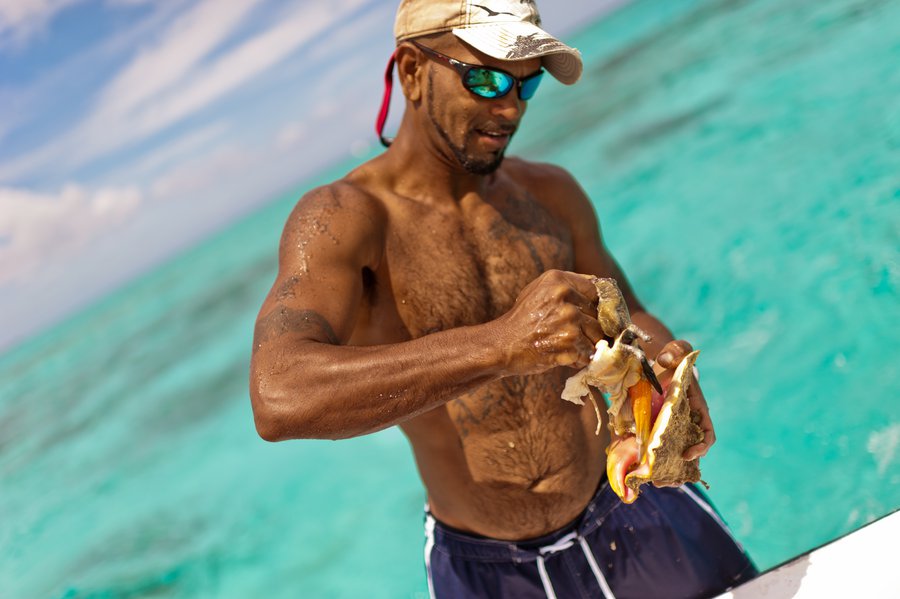 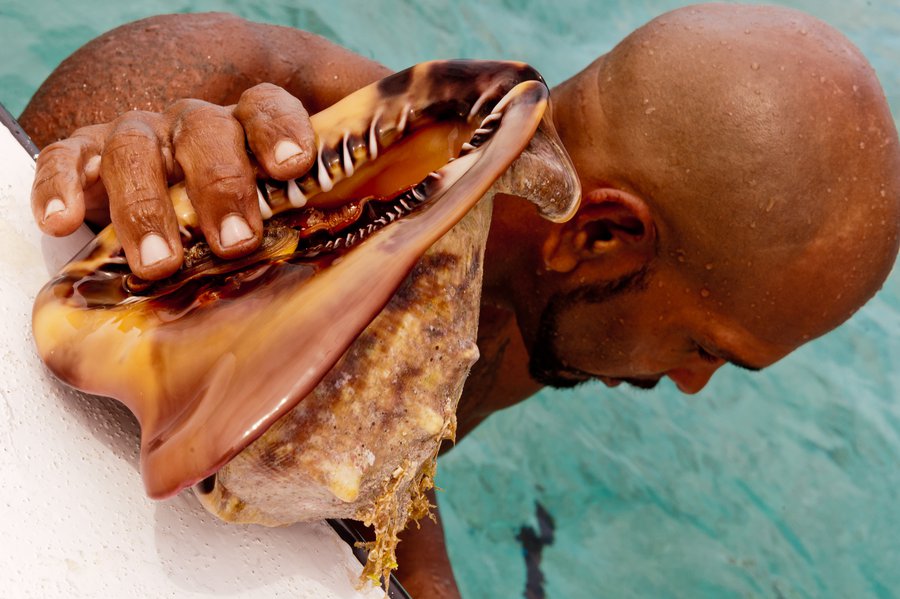 When I asked about starfish, Ezona said she'd stop when she saw one. Unbelievably she spotted one from her captain's chair straight on the bottom of the sea floor, and Edward dove to get one to say hi. I think it got a little un-seasick, because it let out some neon blue water on my poor mother-in-law. 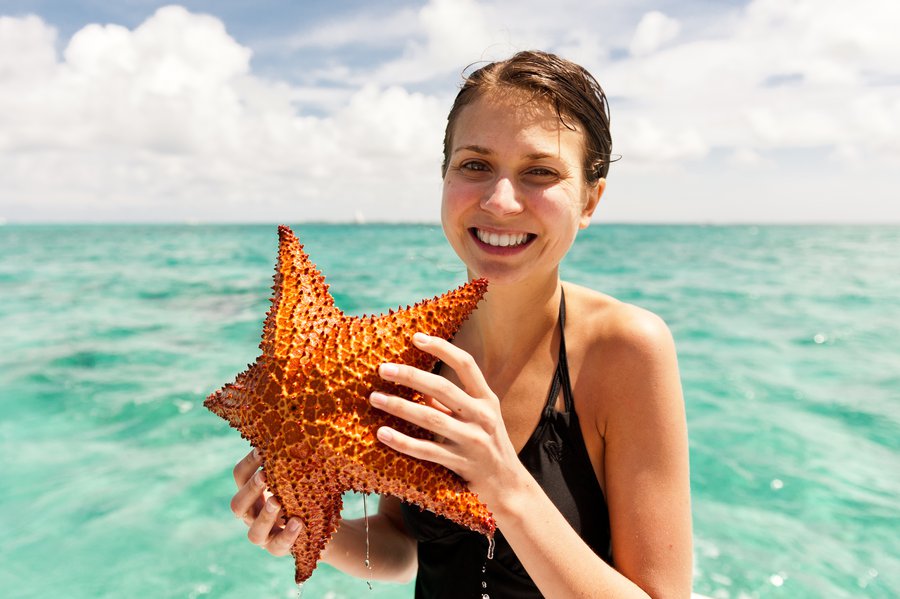 The night in bed, I felt that weird sensation of still gliding over the ocean; truly incredible. 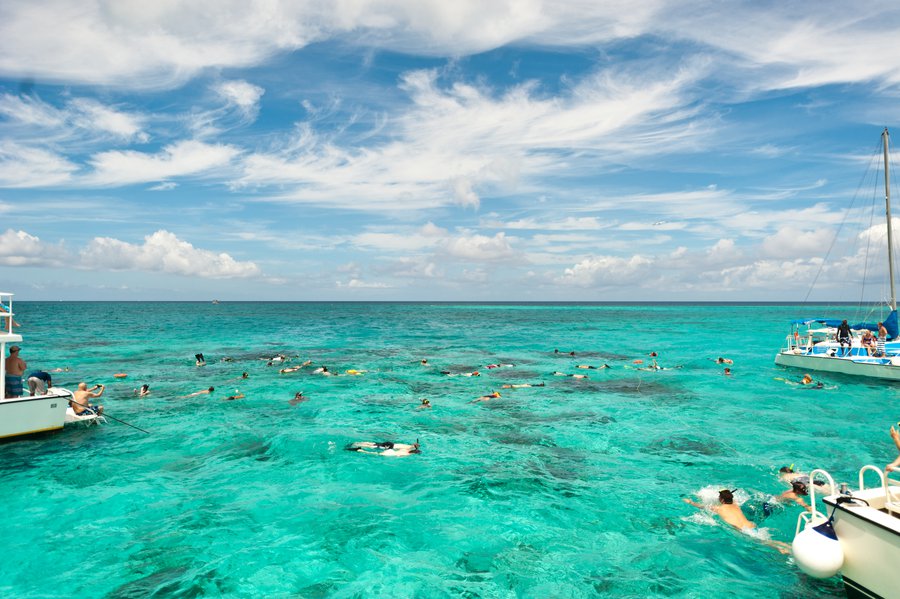 On Friday morning, we headed out to the Cayman Turtle Farm, where sea turtles are incubated and bred from tiny eggs buried in the sand to massive, half-ton creatures. 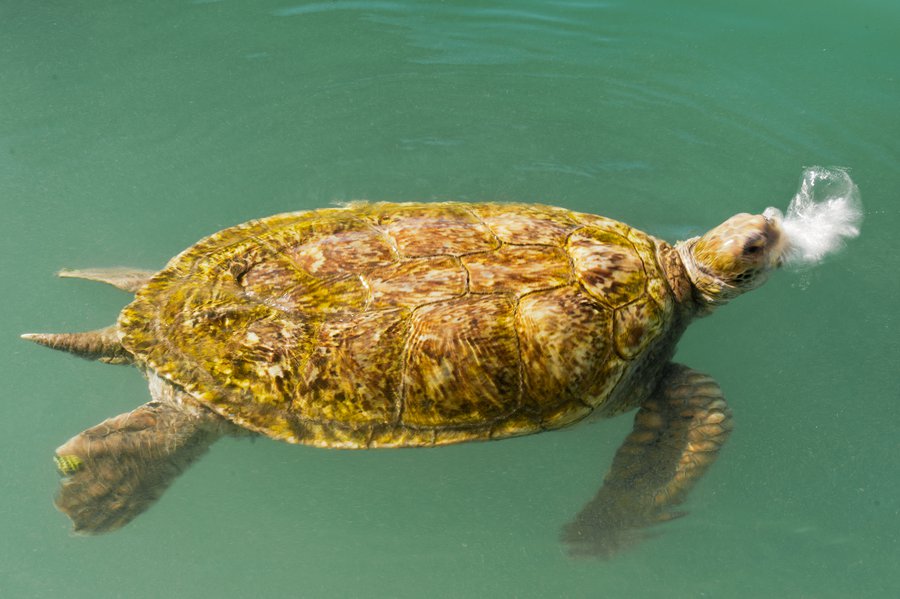 These green turtles were friendly, and we even got to pick some babies up. (Don't mind my zinc sunscreen).

As our guide said, sometimes they would 'carry on', flapping their flippers so hard because they wanted to jump back into the water. Their faces also didn't help. Eep! 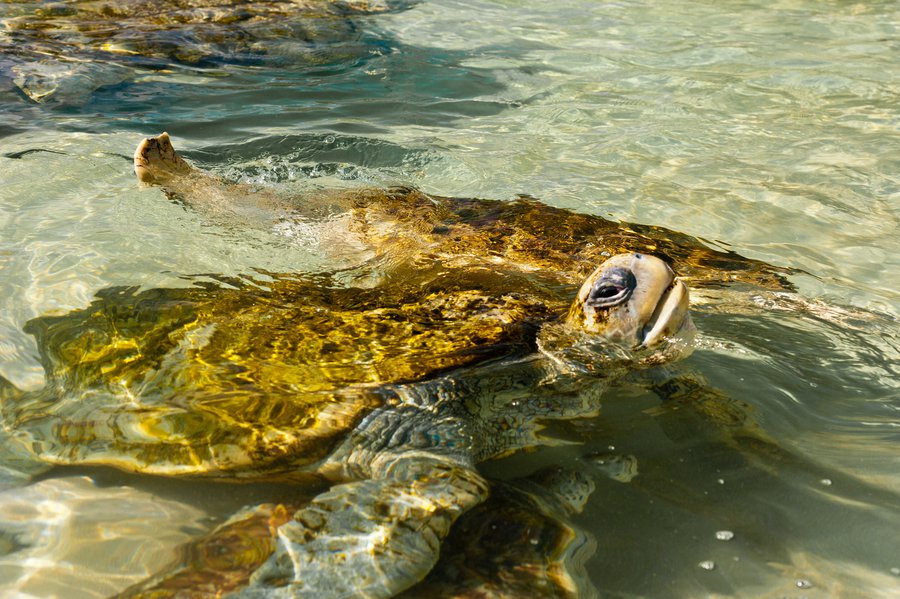 And there were other creatures hanging out there, too. 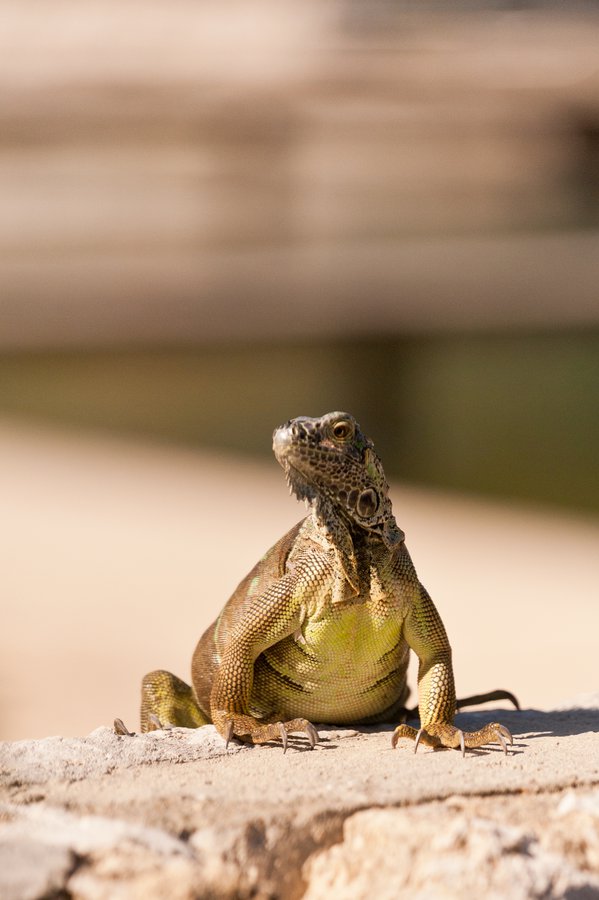 And then Walker and his dad did a little sailing in those magical waters to end the trip. 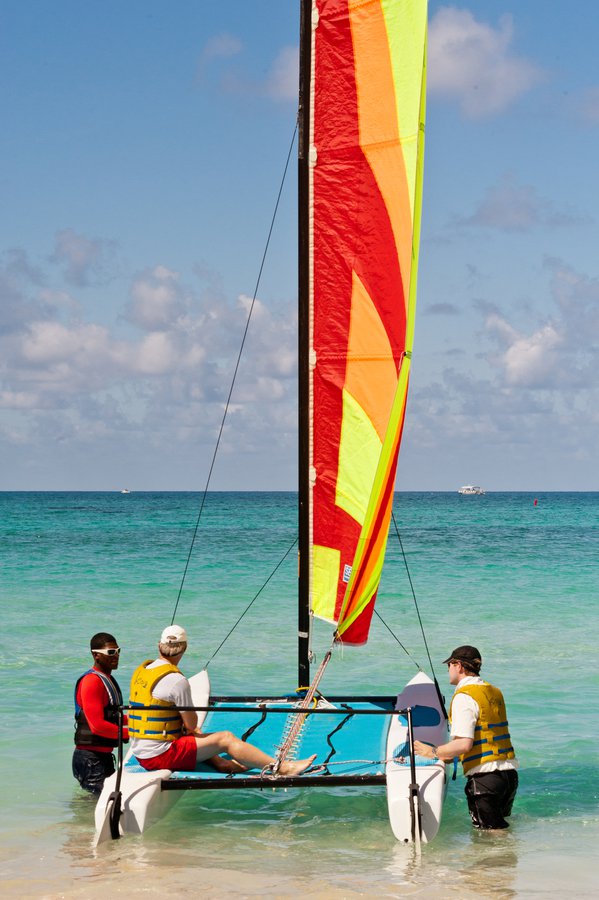 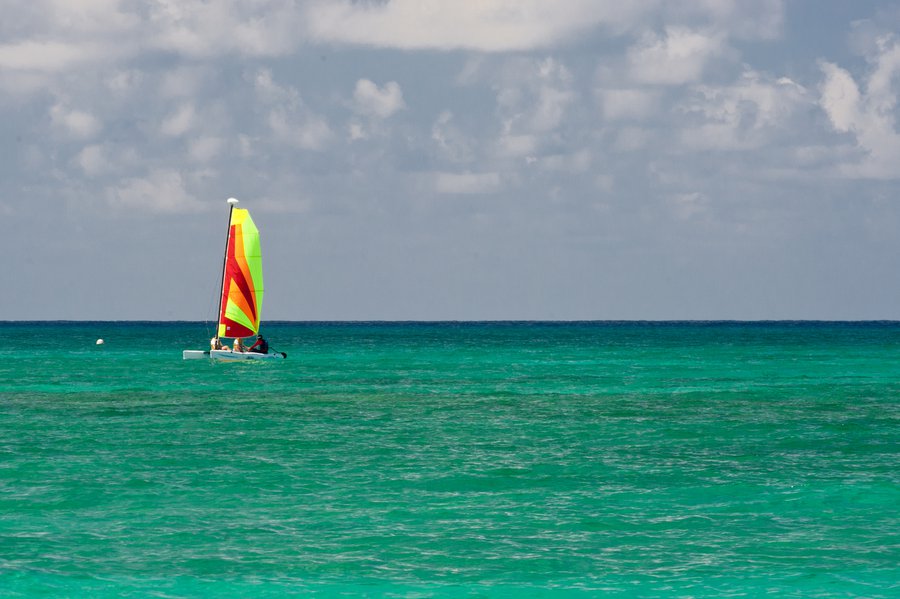 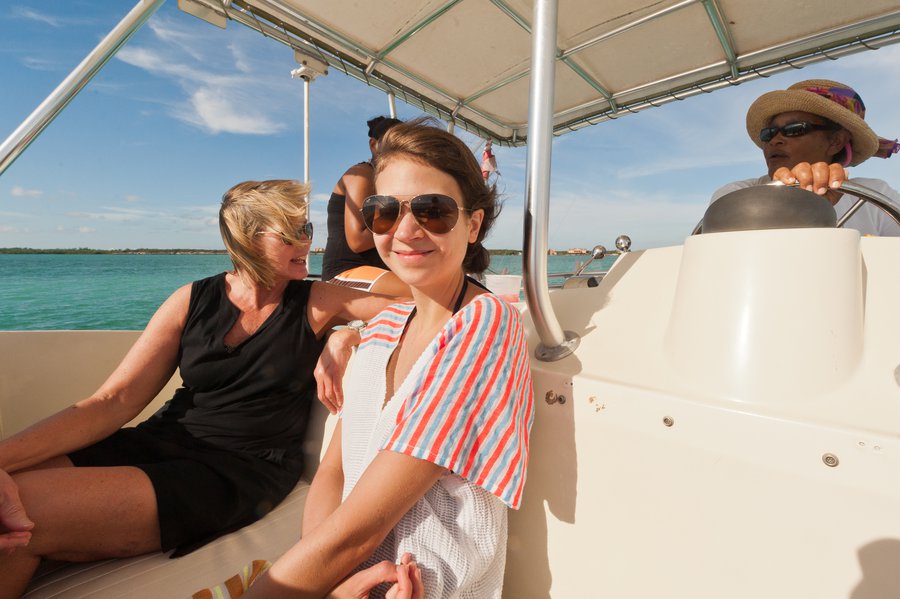