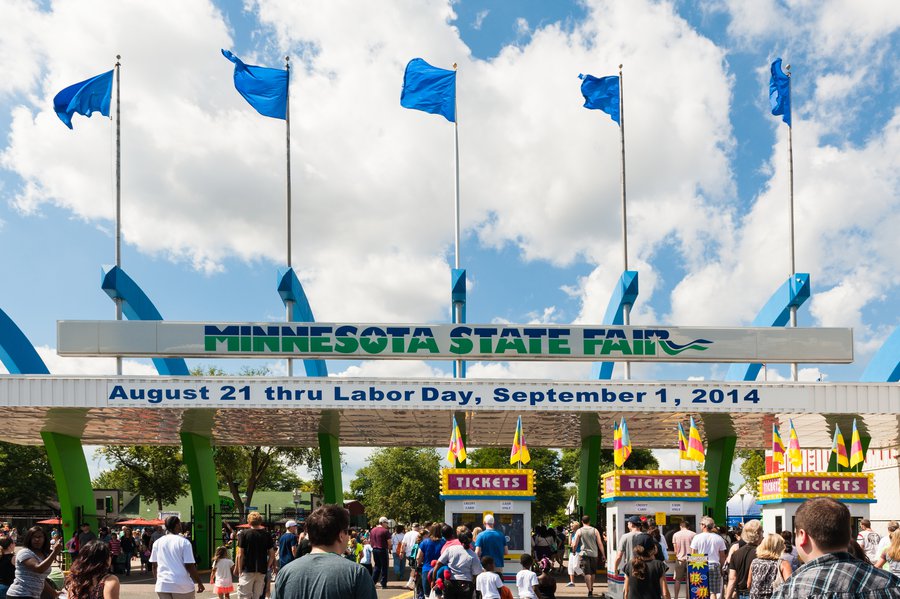 From the icy winter we had, it's quickly turned into bright Spring, with temps in the high 80s here. We've been enjoying so much about the city this season, from the public art in our park to fresh dinners to finally (!) strawberries that are deep red all the way through.

We have some fun travels planned for this summer, but in the meantime, I wanted to drop in with another post about something a ways back now, which we inadvertently never posted about: the Minnesota State Fair last August (2014). 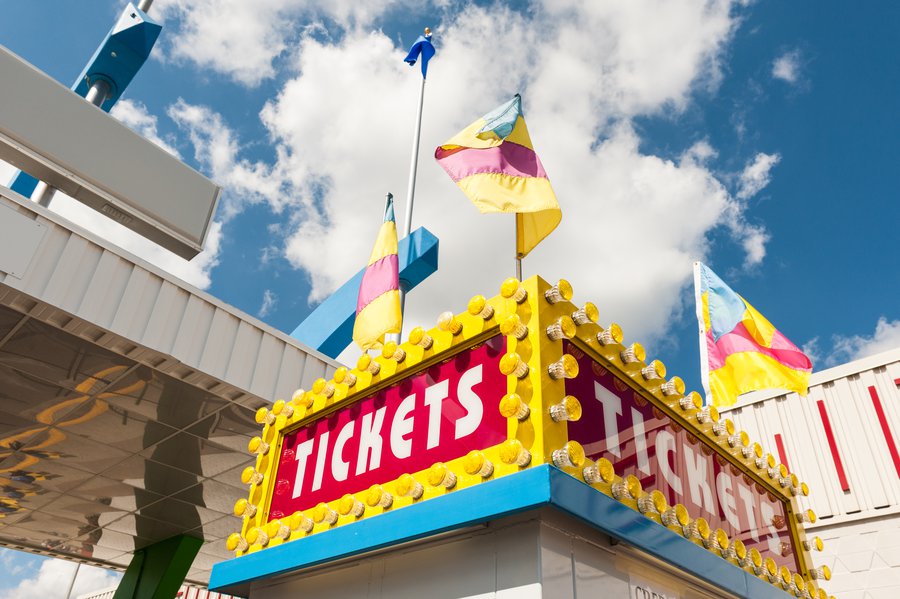 Ever since I first heard about the State Fair in Minnesota, I've wanted to visit, and our summer trip last year finally overlapped with the timing after about 6 years. I pictured rolling hills with sheep pens and amusement rides. What it turned out to be was a permanently paved mini-CITY with hundreds of thousands of people. At points, it was more crowded than I have ever felt in NYC. Apparently, the MN State Fair is the largest in the country. 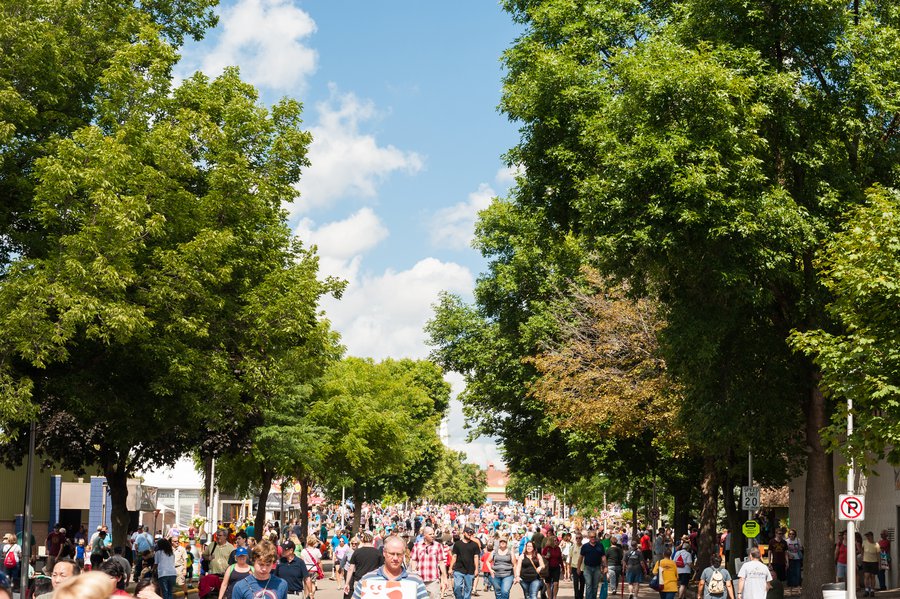 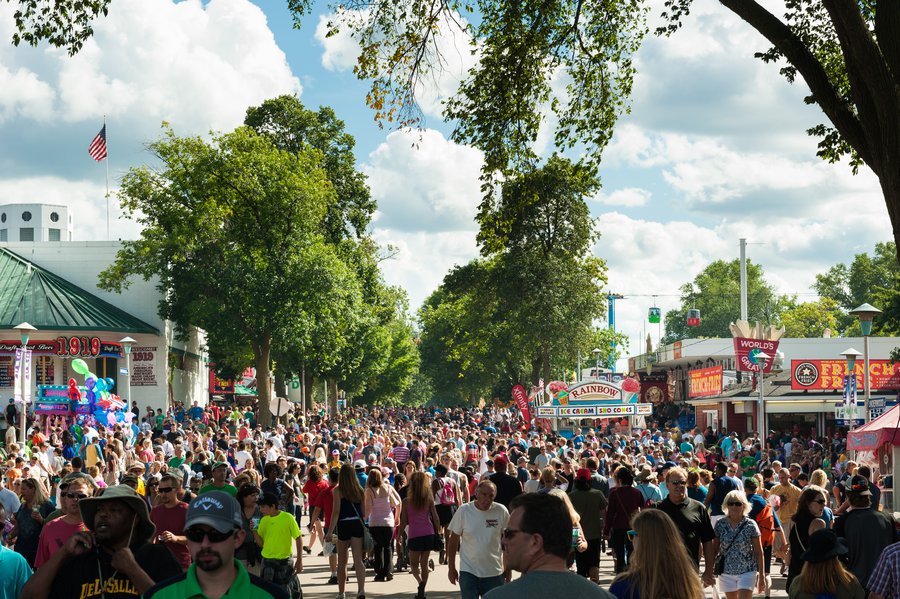 Because of the parking congestion, we parked 15 minutes away and were bussed in. Our first stop was the arts and crafts building.

Quilts, jams, embroidery and the non sequitur of a cheese-making demo.

We next passed a dance event, 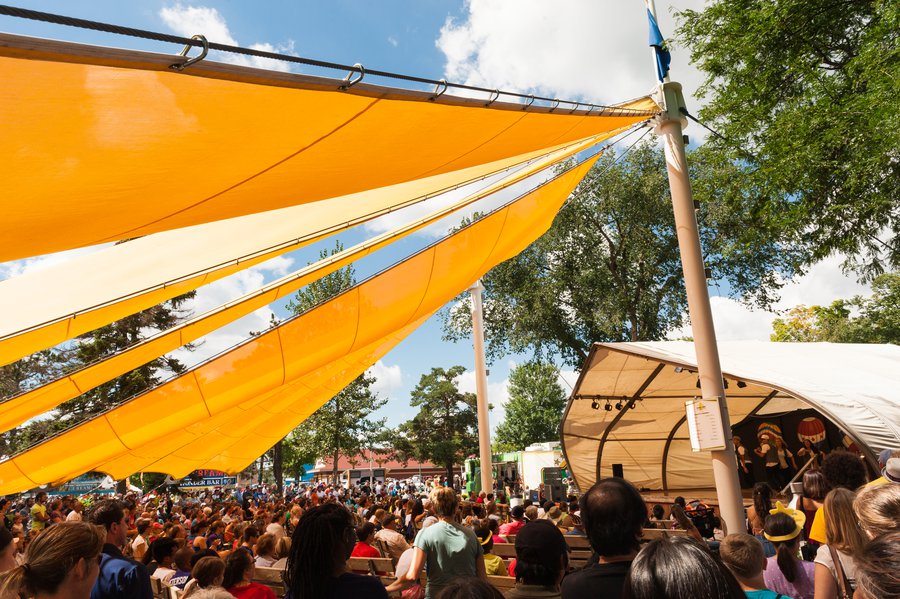 and this iconic booth. Other specialities we noticed were walleye on a stick, cookies by the bucket, and fried cheese on a stick. (Do you sense a theme?) 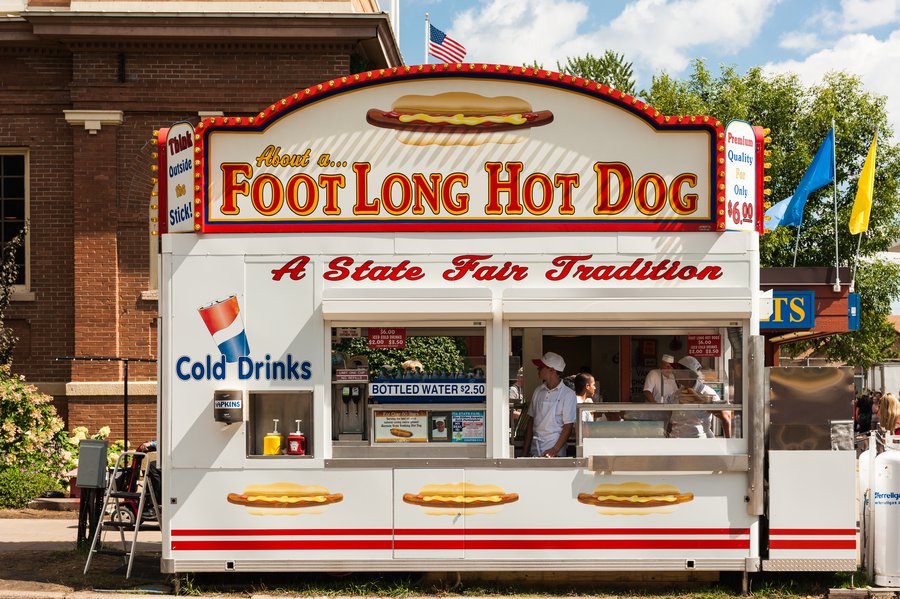 before a stop in my favorite location of the day: the eco-center. There were demonstrations on eco-friendly building materials and a topographical map of Minnesota. 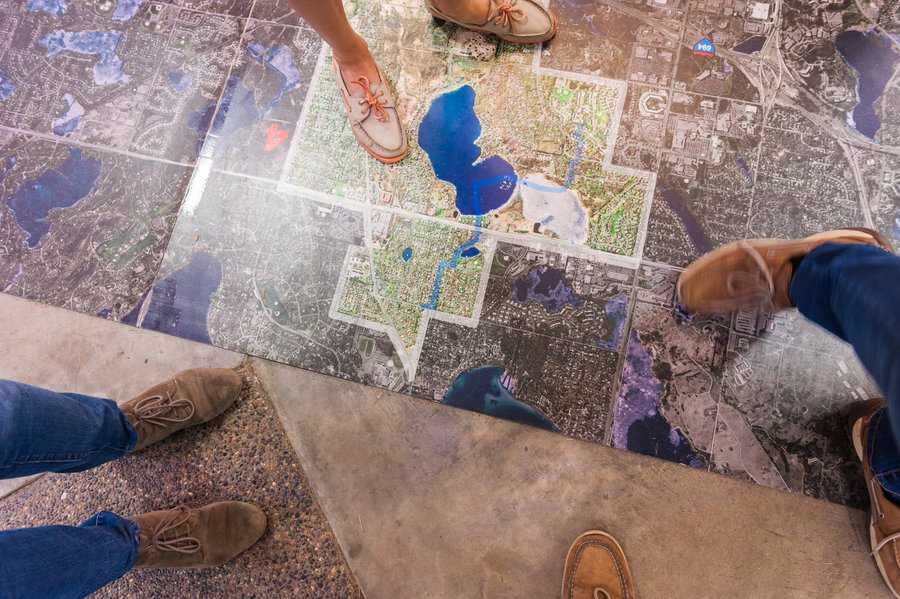 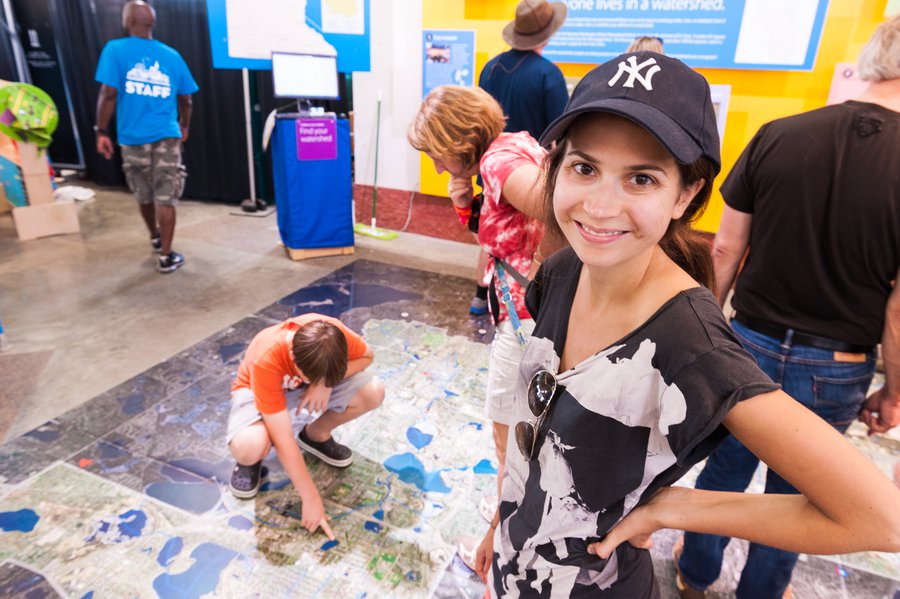 As we walked out of the eco-center, the daily parade came toward us. This made me laugh. 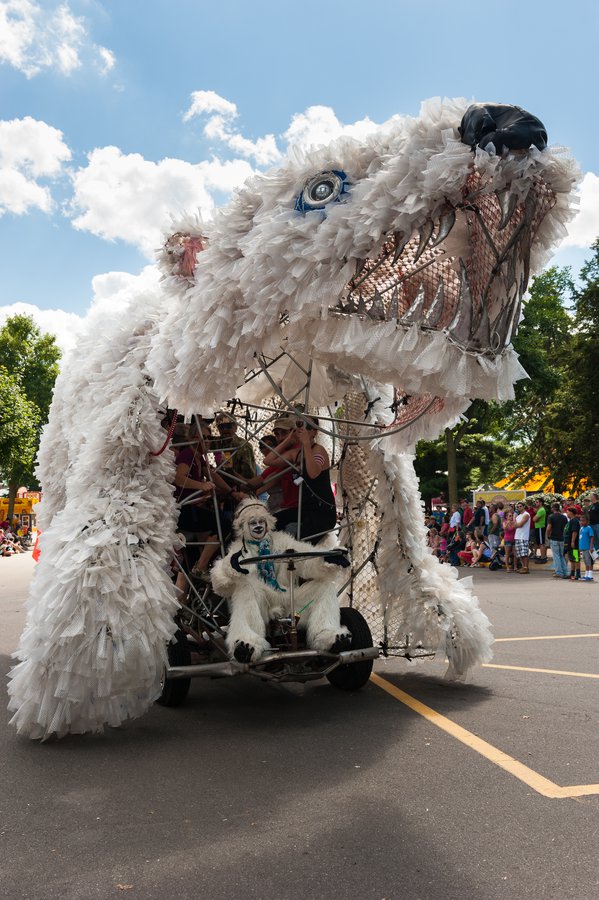 Next up, I kid you not, the model ice homes! Some of them had room for 13 people to sit, beds, a bathroom, and even a kitchen. 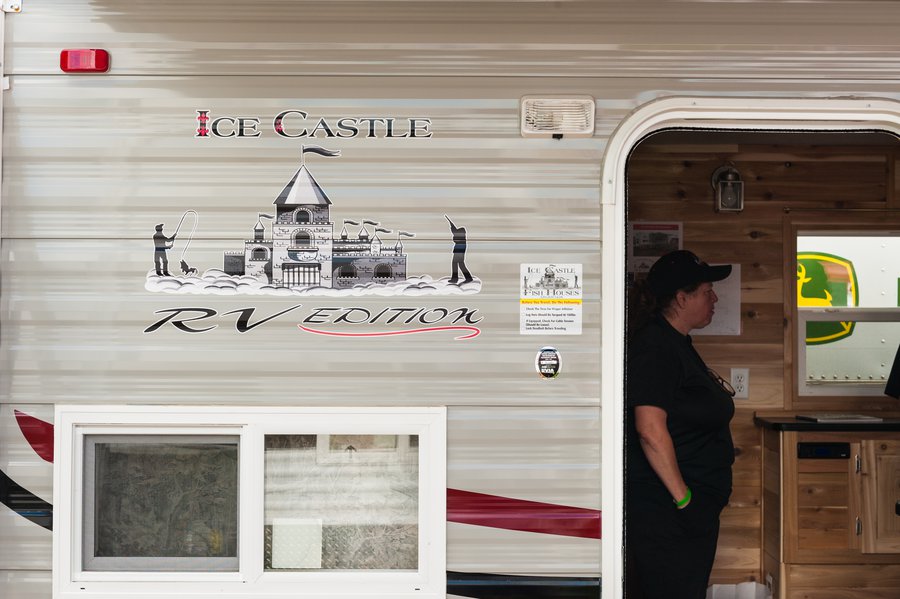 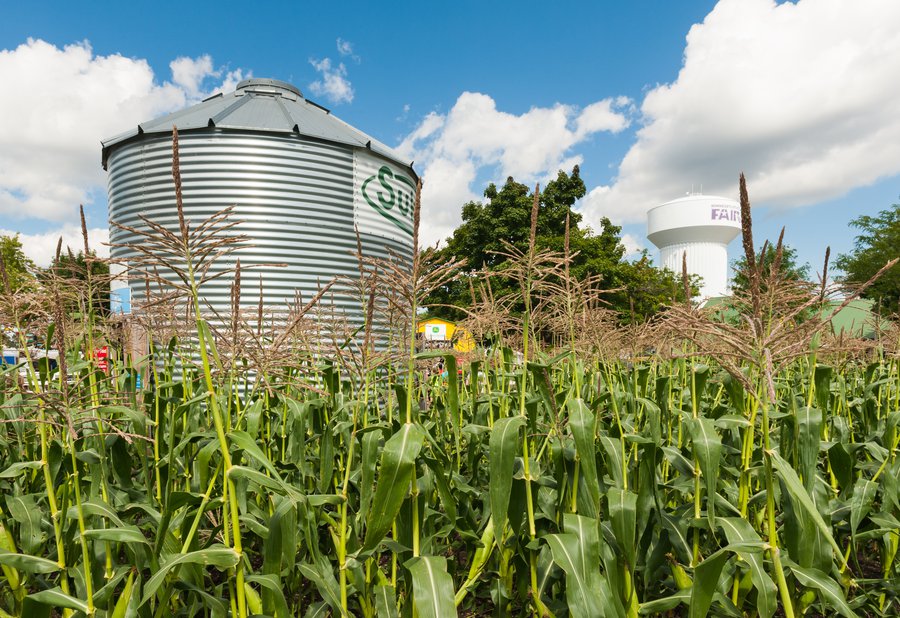 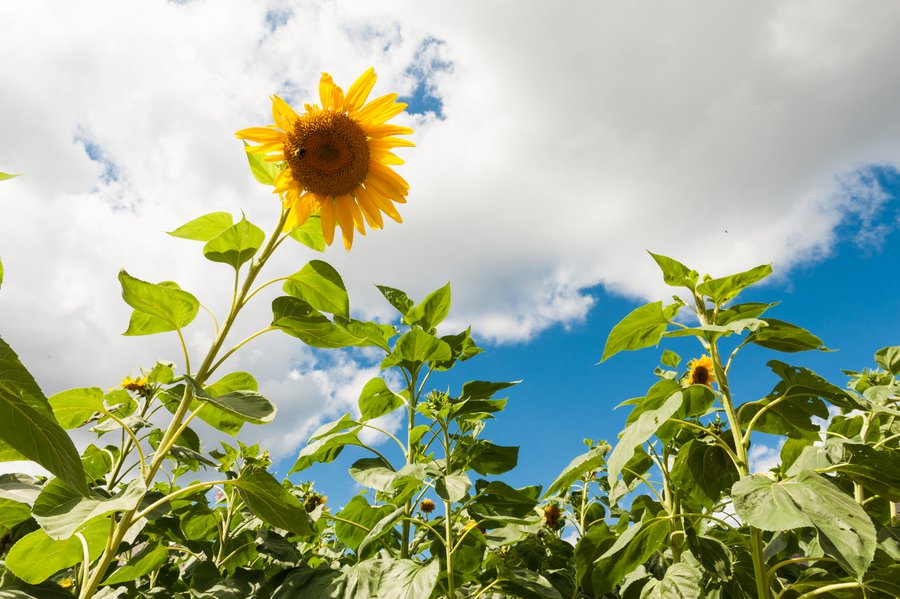 We sat down to watch the lumberjack show, which was entertaining, but a little hard to see due to the crowd. I liked the lumberjills running on logs in the water, but we didn't get a shot of that.

And then, a huge area dedicated to farm equipment. 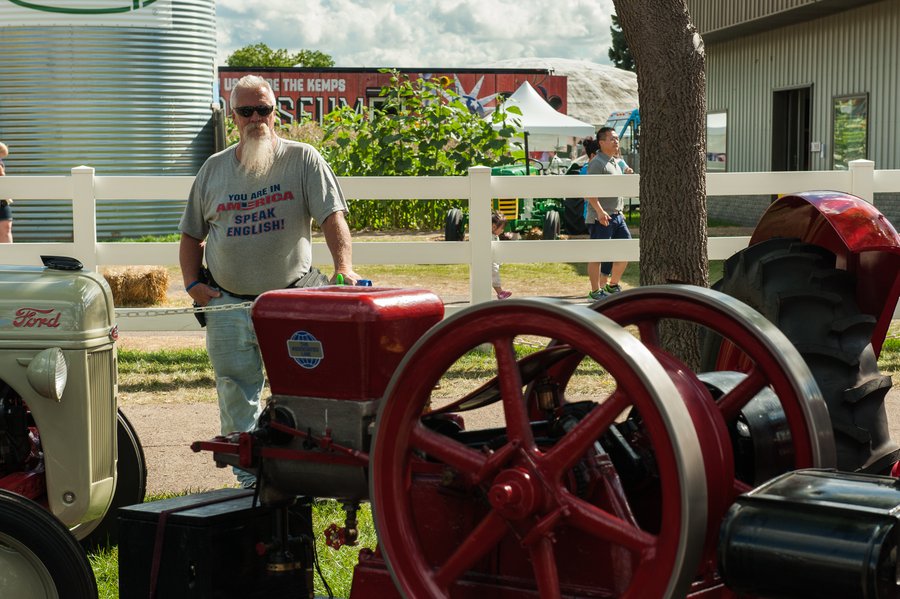 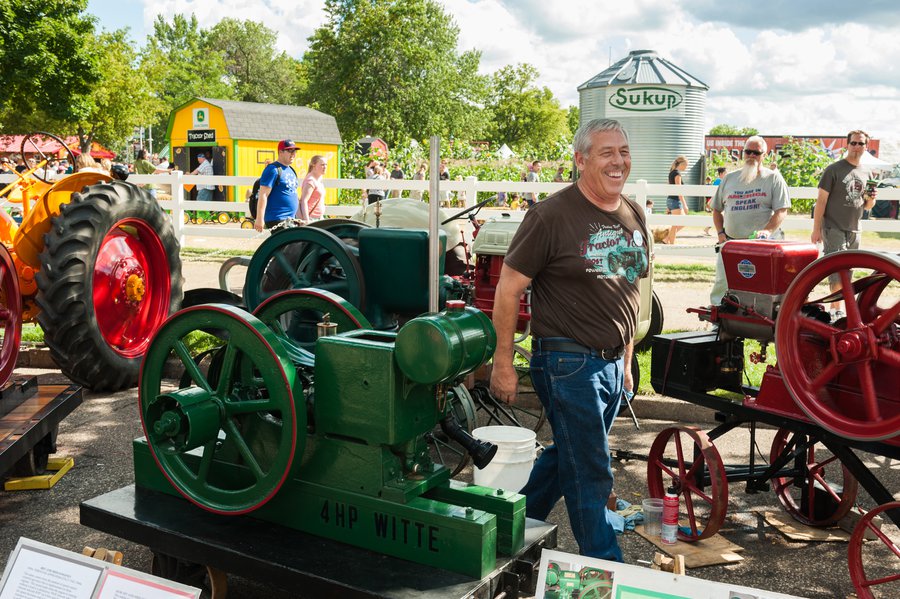 The most festive area was packed with amusement rides. And more people. 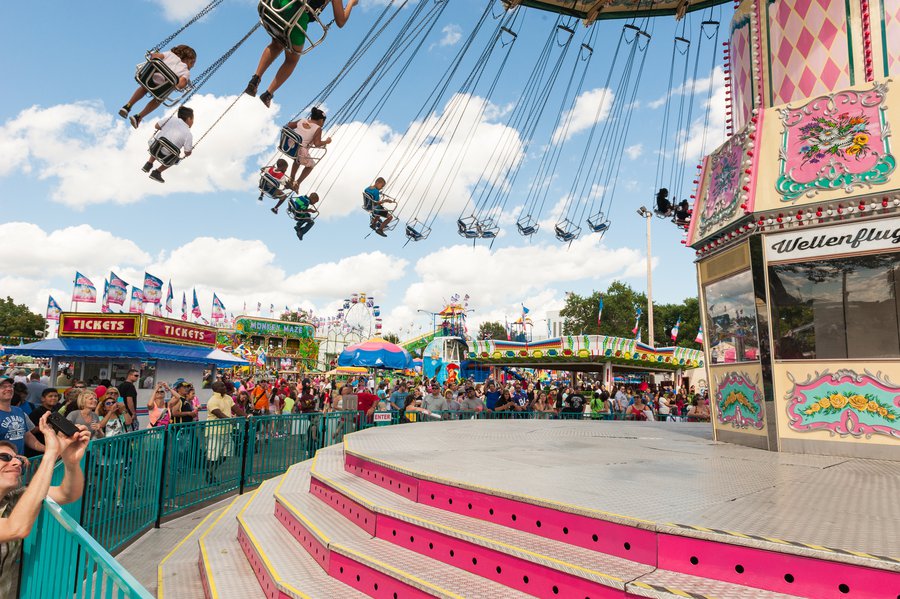 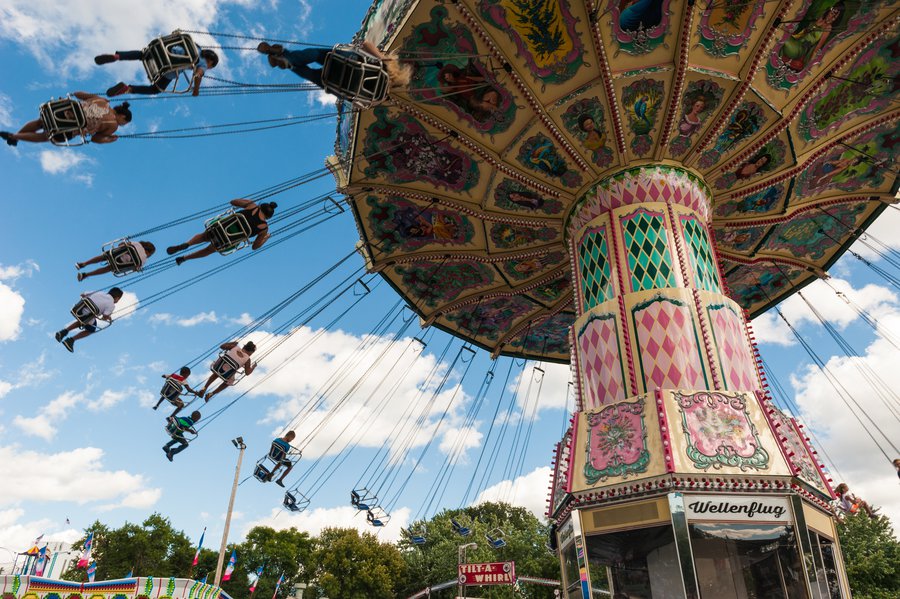 The lift spanned the length of the fair, and we almost took it but the line was long. 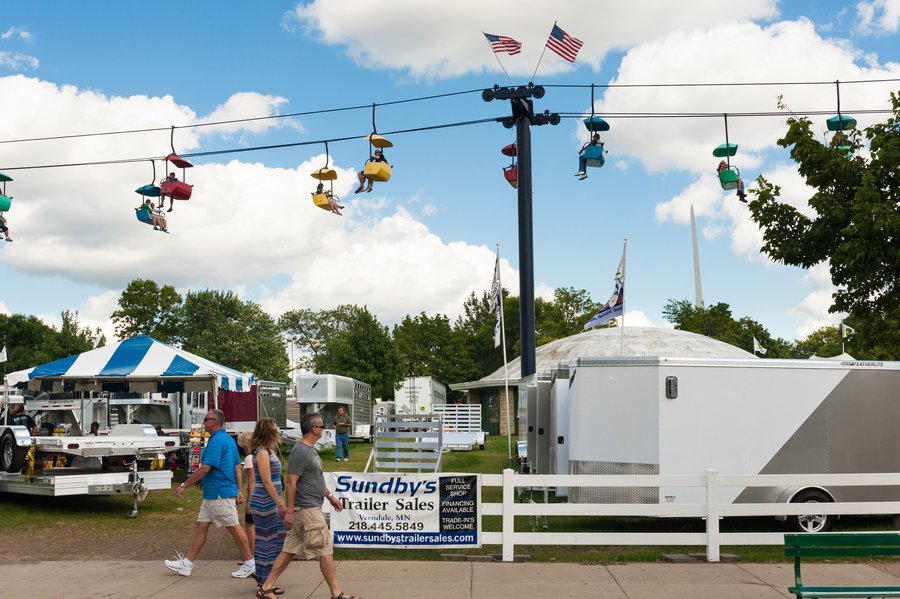 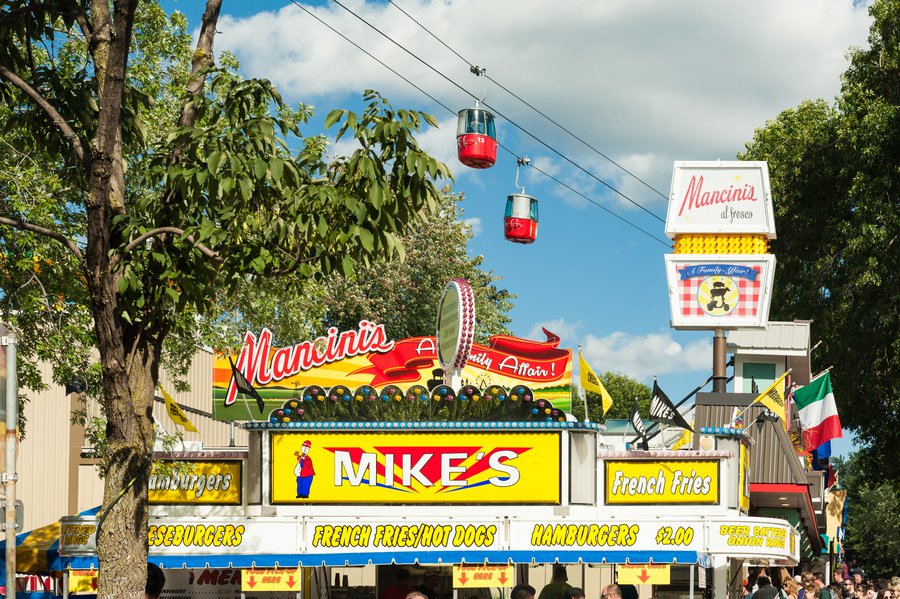 The biggest disappointment of the day was that the birthing center closed early and the animals were heading out but the time we made it there. We still saw some hesitating to get in their trailers.

The enthusiasm of everyone there was so fun; they clearly loved the traditions of going to their favorite areas of the Fair each year. I'll admit it was a bit overwhelming for me and the heat gave me a headache, but I was so glad to have seen such a long-standing part of the Minnesota culture. Even if everything was fried and served on a stick. 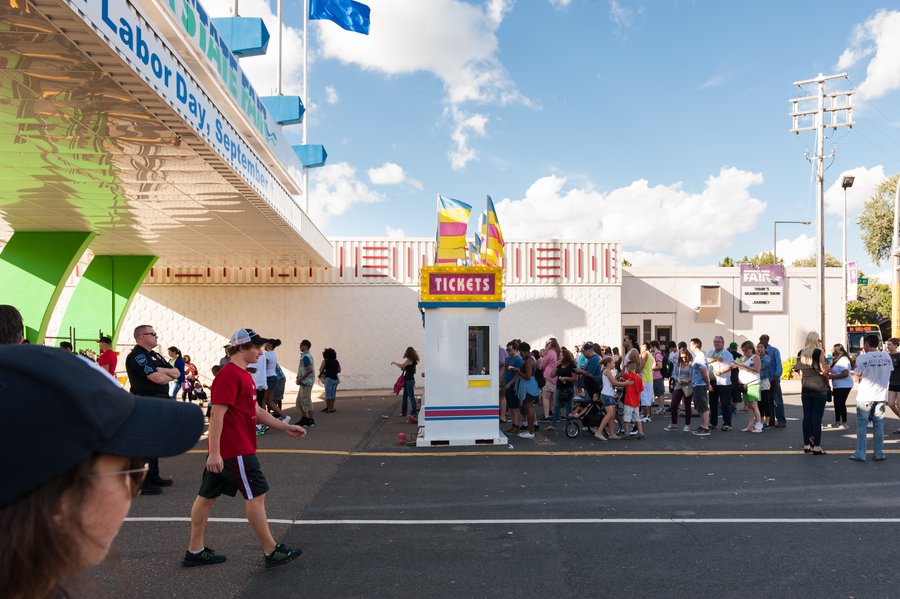 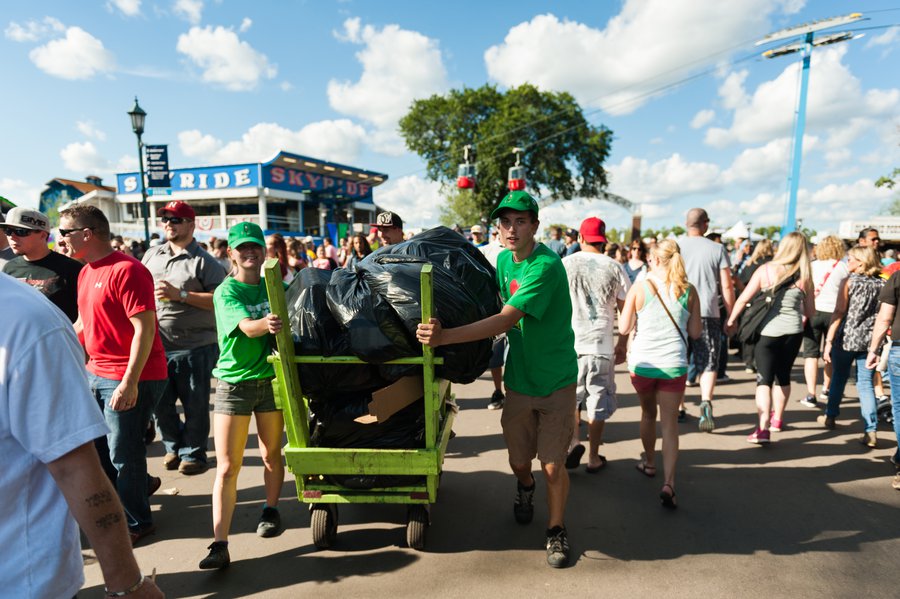 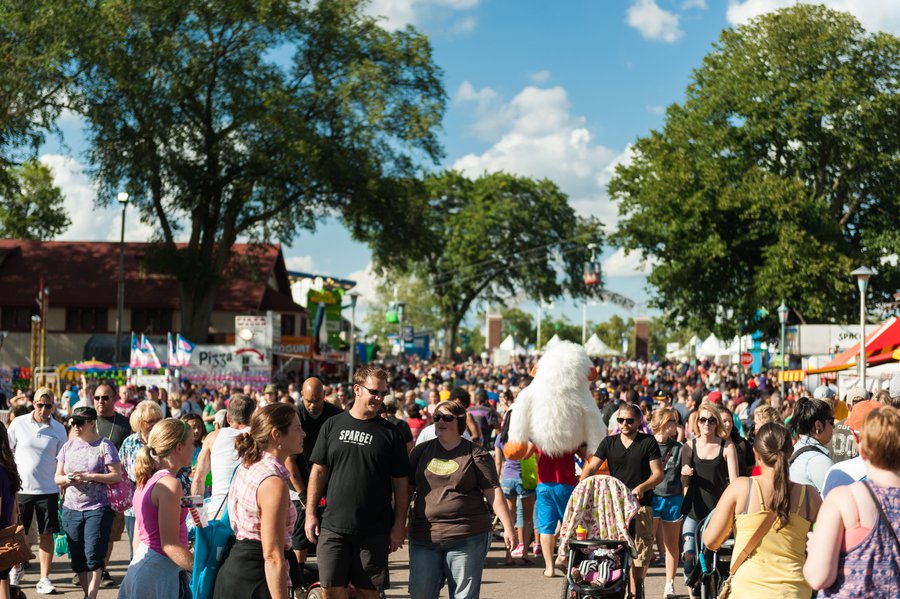