We continued from Dyrhólaey onto the town of Vík and the famed black sand beach. It was actually more like small, round stones. Zillions of stones rubbed smooth. 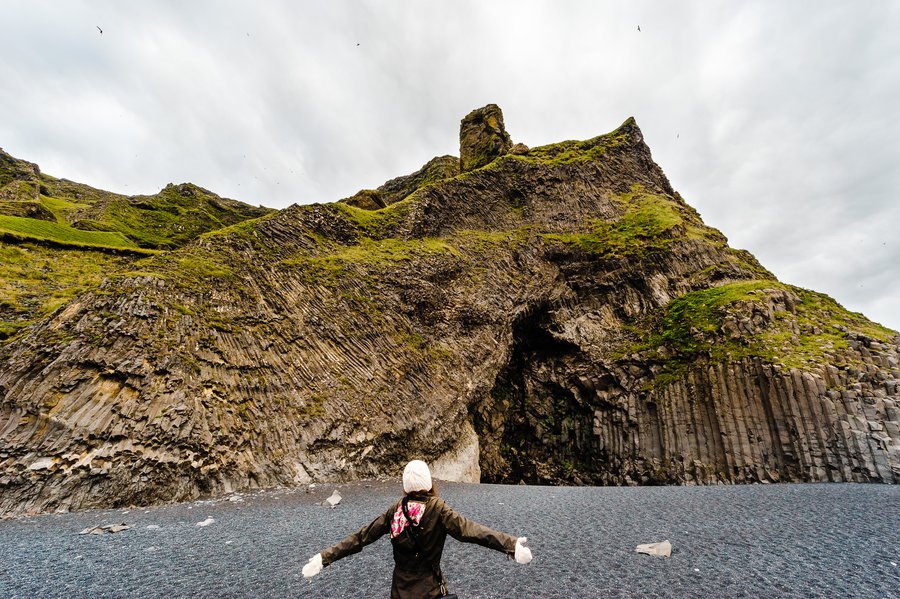 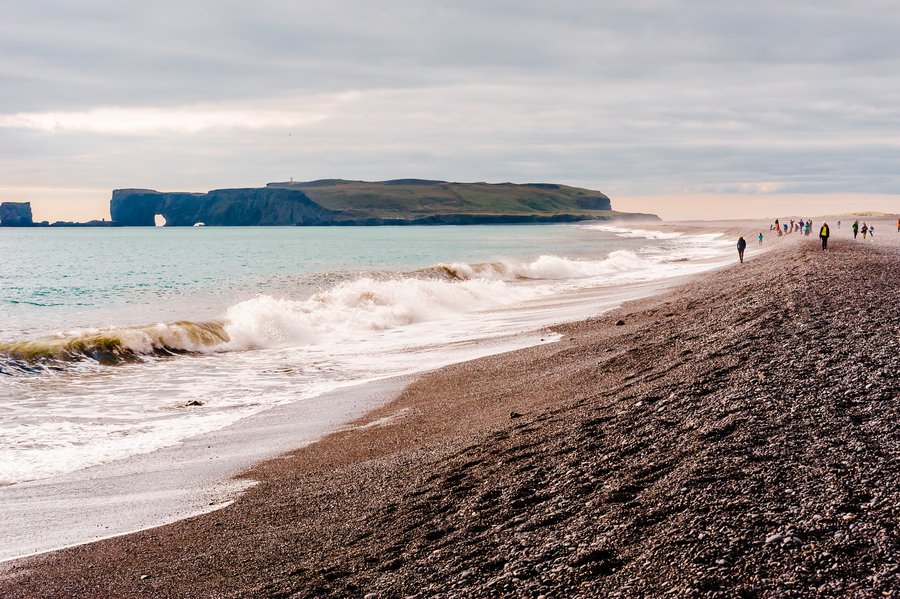 I'd researched the trip into a frenzy, so often wasn't surprised with our destinations, but I wasn't expecting the columns and caves on this beach, or the fans of volcanic stone with seabirds swarmed above. 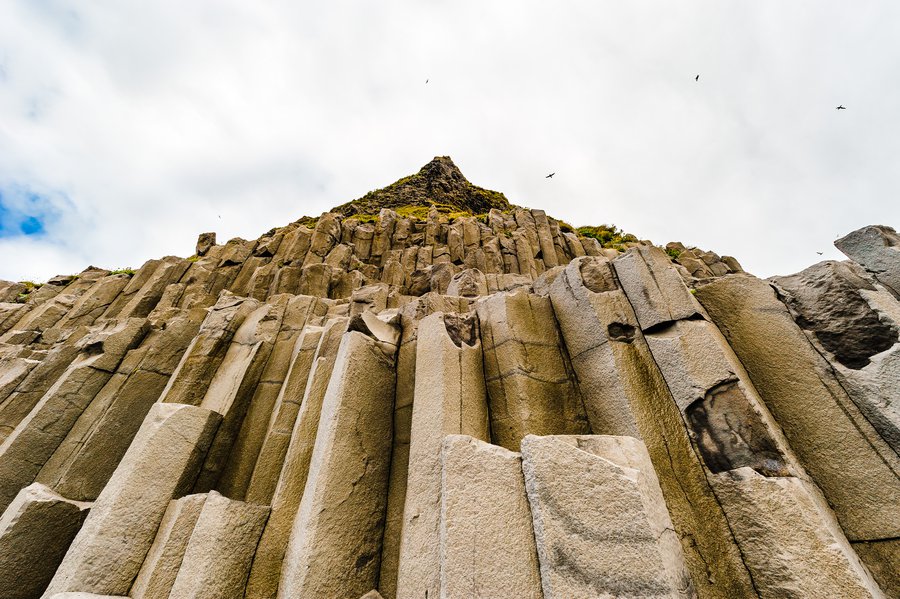 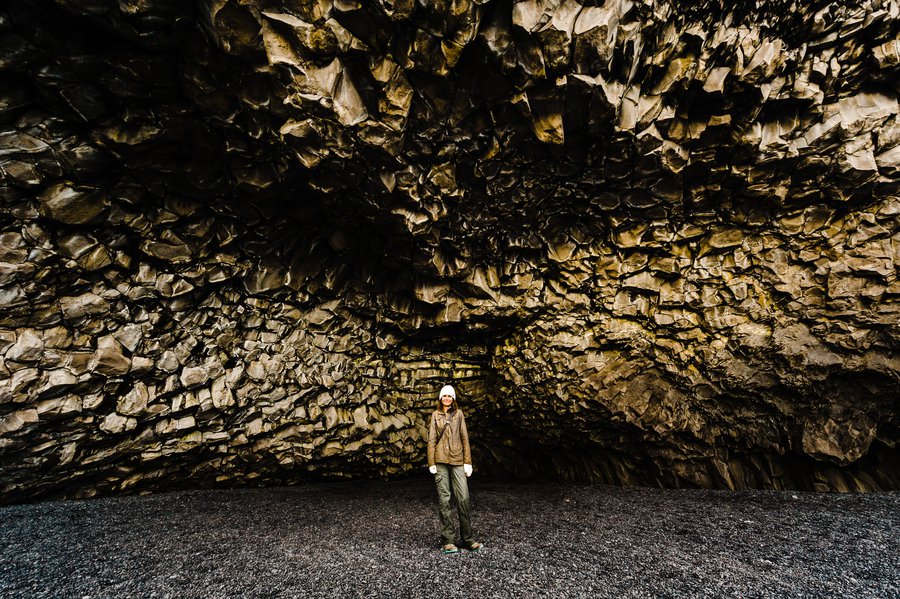 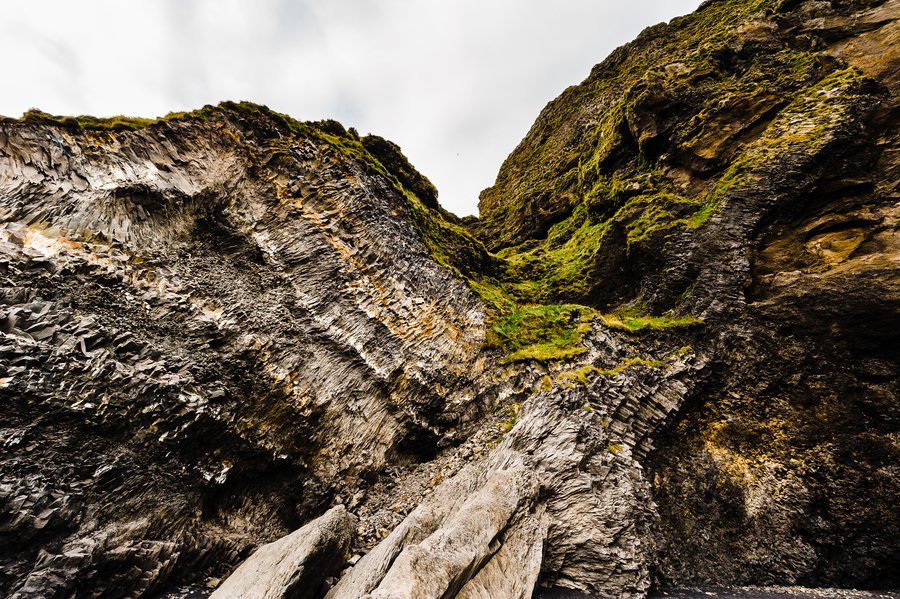 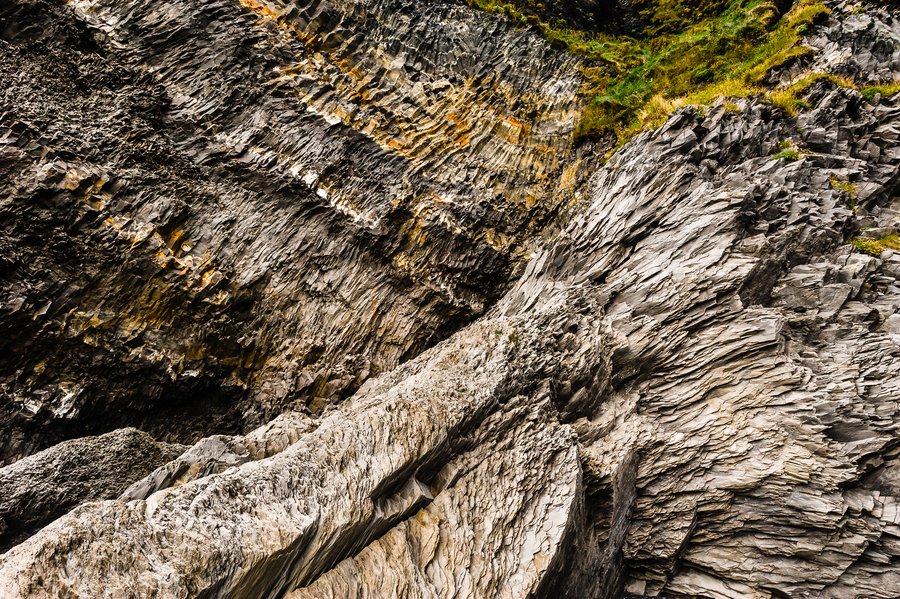 The waves hit the shore loudly, the tide advanced rapidly, and walking on the stones that made up the beach was a trudge, so I was anxious to turn around once we reached the sea stacks at the far end of the beach. 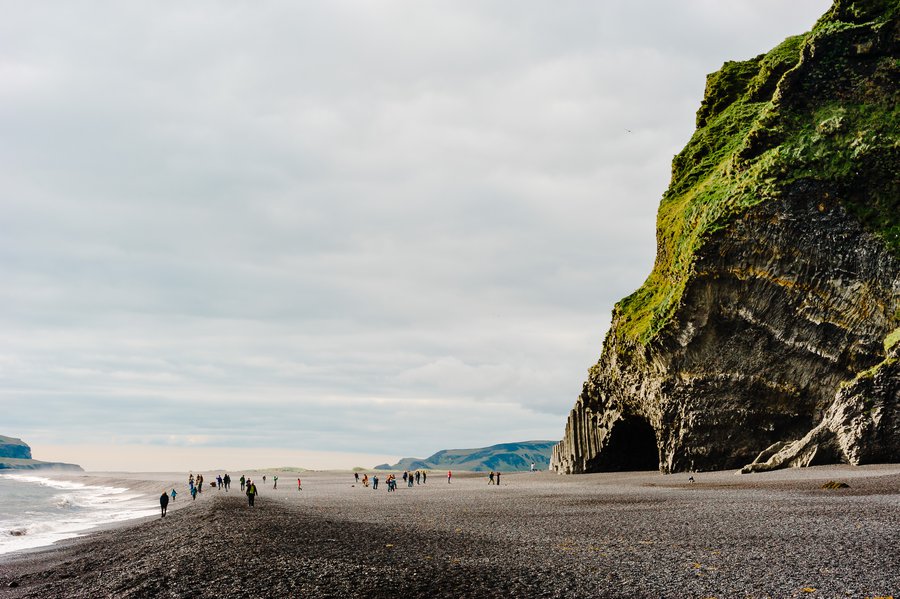 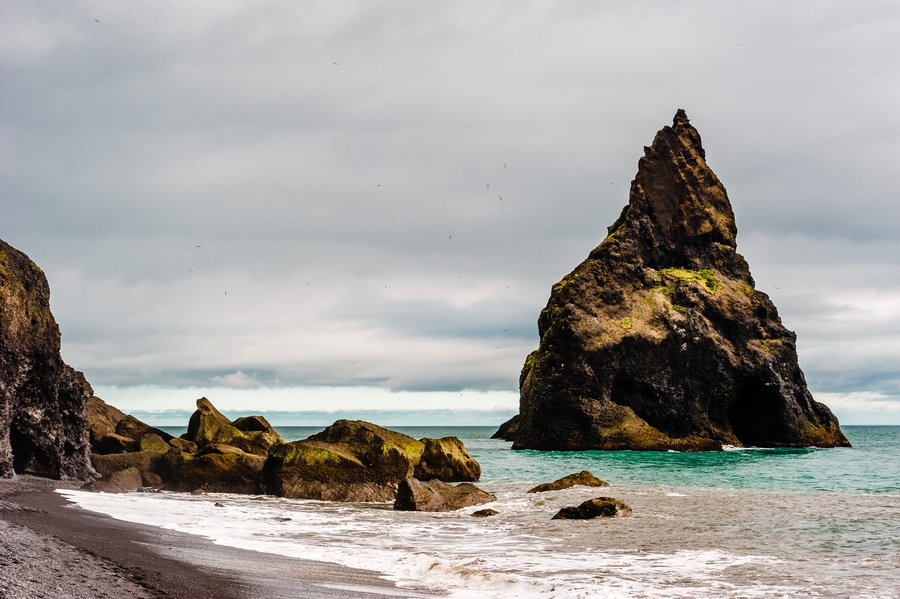 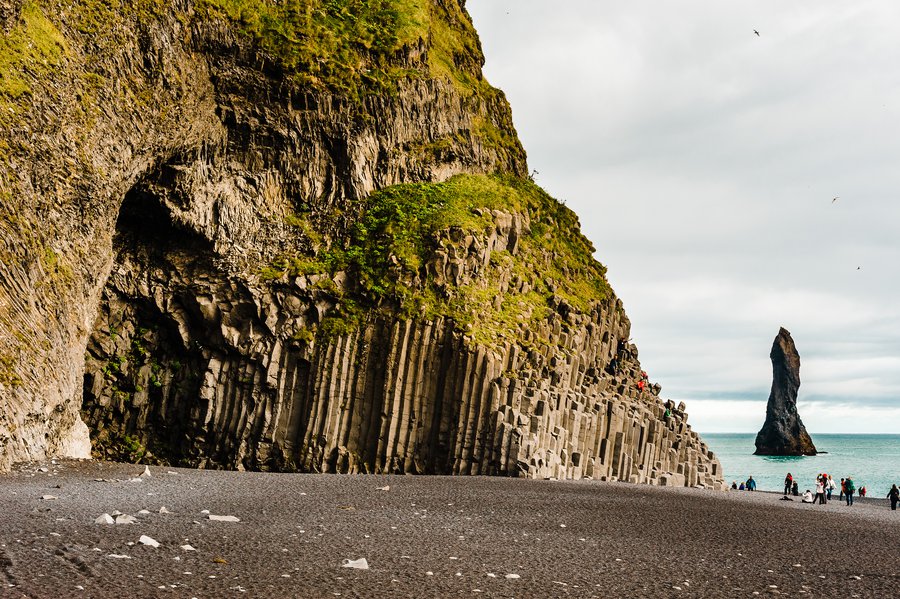 You might recognize the arches from Dyrhólaey, which we could still see in the distance; it actually took about 40 minutes to drive all the way into Vík and back around the get down to the Vík beach. 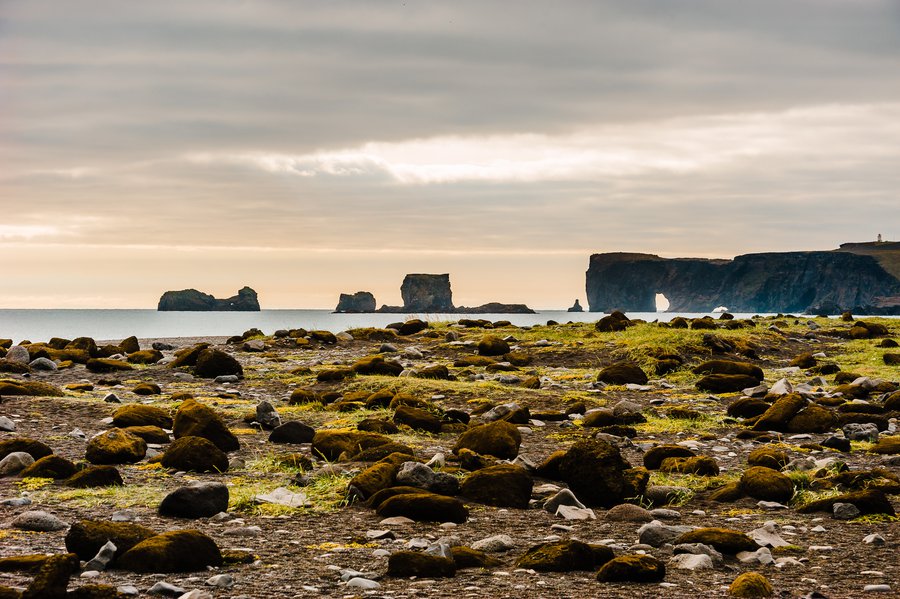 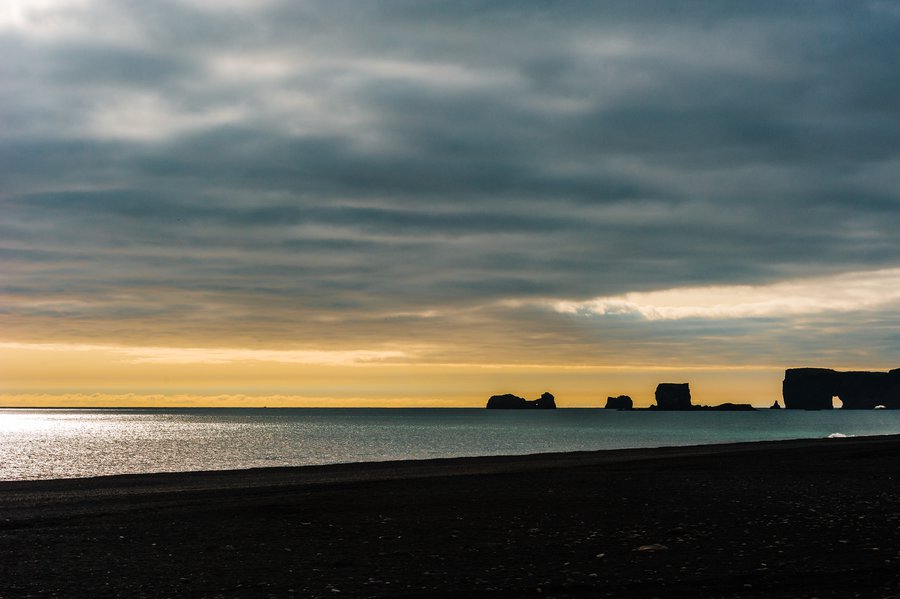 As we drove back to Hvolsvöllur, where we were staying, we made a couple more stops. The first was to a hidden, geothermal pool, Seljavallalaug. I'd read about it on a blog and we discovered it was on most maps. The drive into the mountains was a bit bumpy (and I was a little jittery the tires would be punctured), but the hike in was moderate and flat. We met a few other hikers, but mostly had the valley to ourselves as we hiked in. 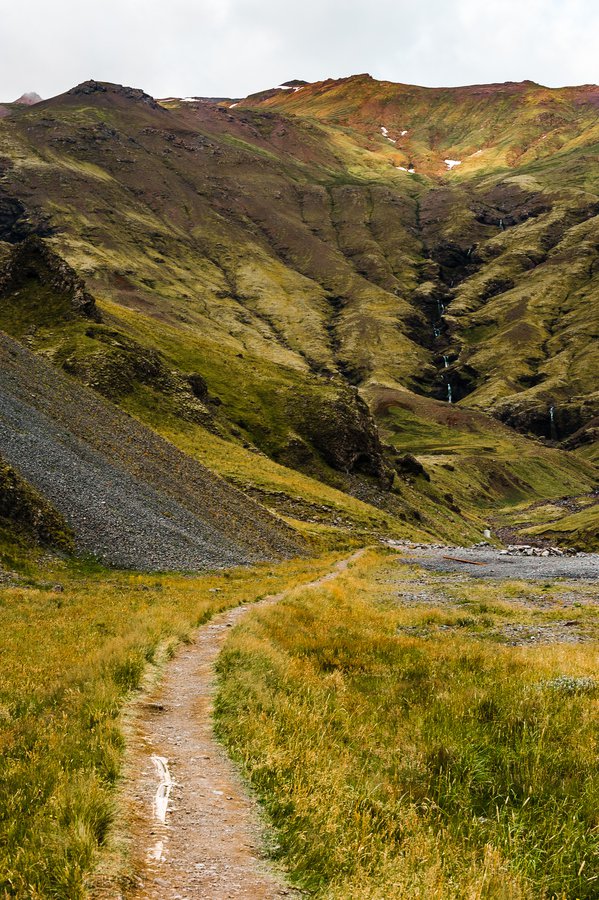 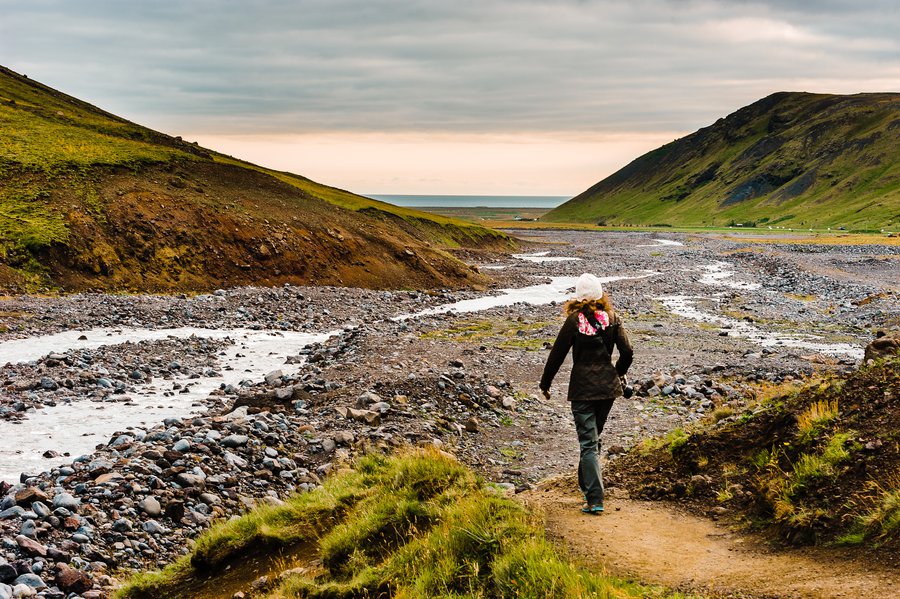 I'd read you had to cross a few rivers, but thankfully it was just this stream--quite a relief. 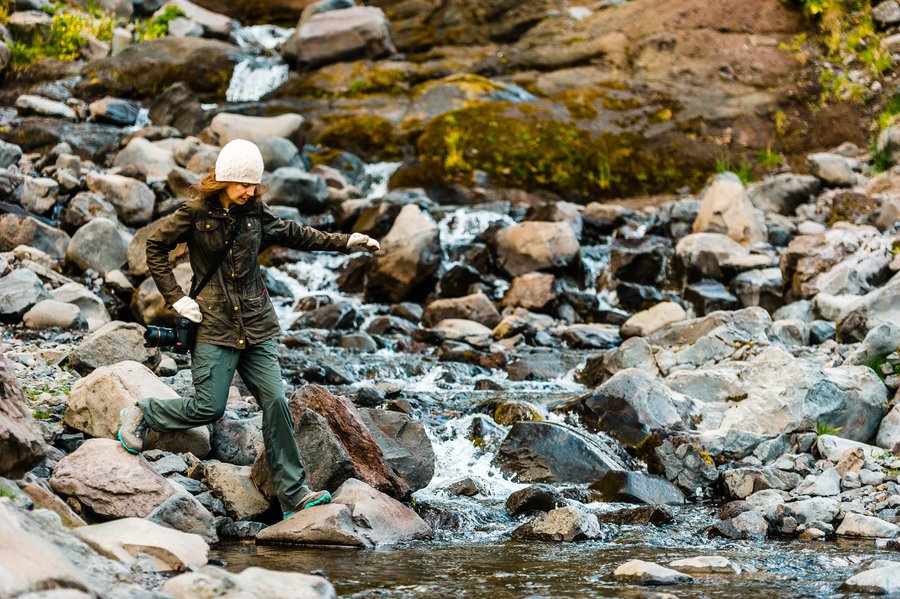 Around a few mountainsides, and there it was. A free, warm pool. It was a bit swampy looking, so I dipped my hand in and we left it at that. 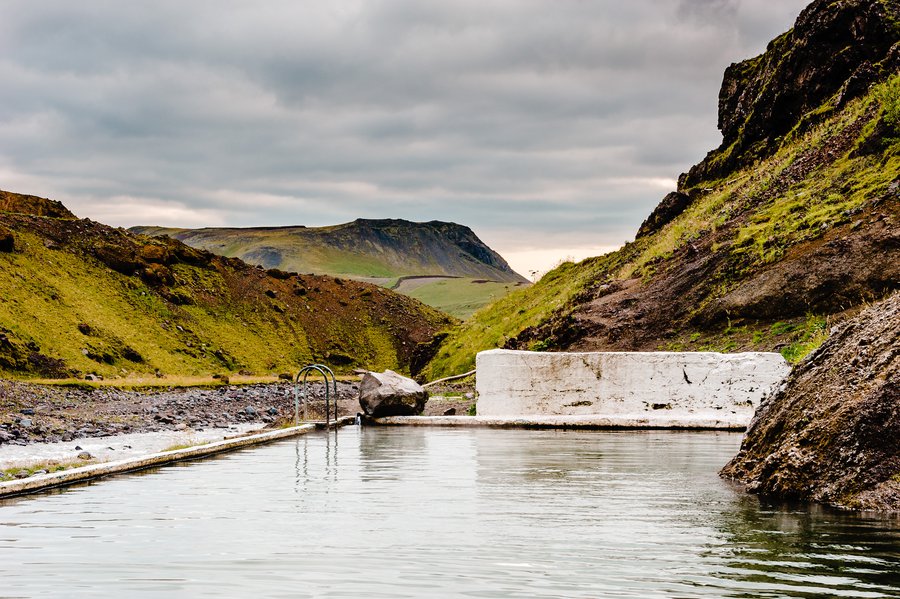 Walk was happy with the cheery stream, 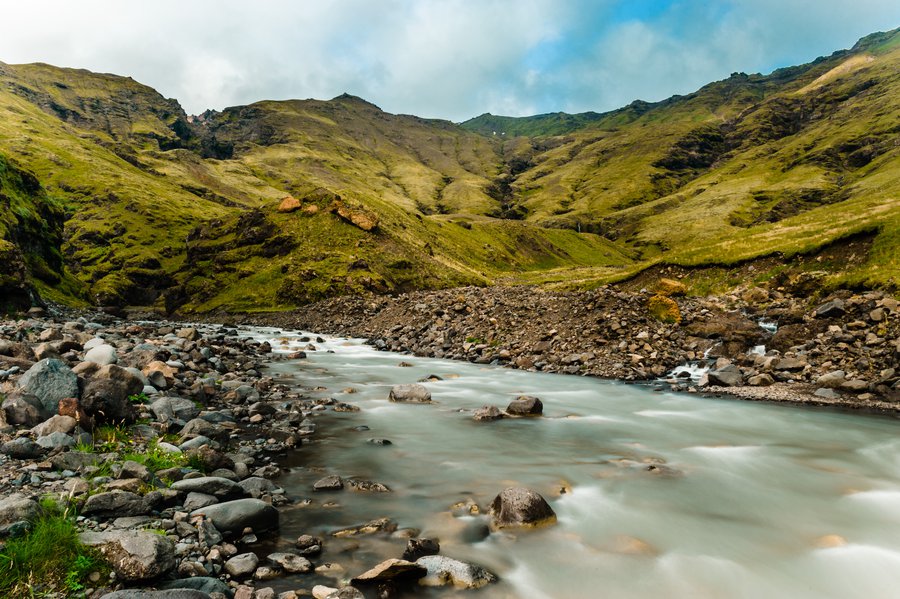 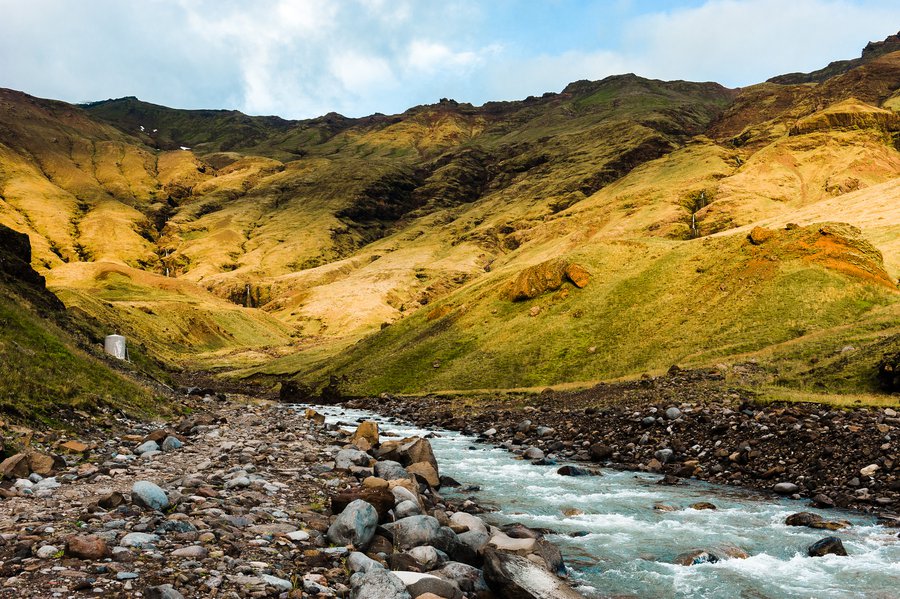 and the sunset falling onto the hills bright, then dark. 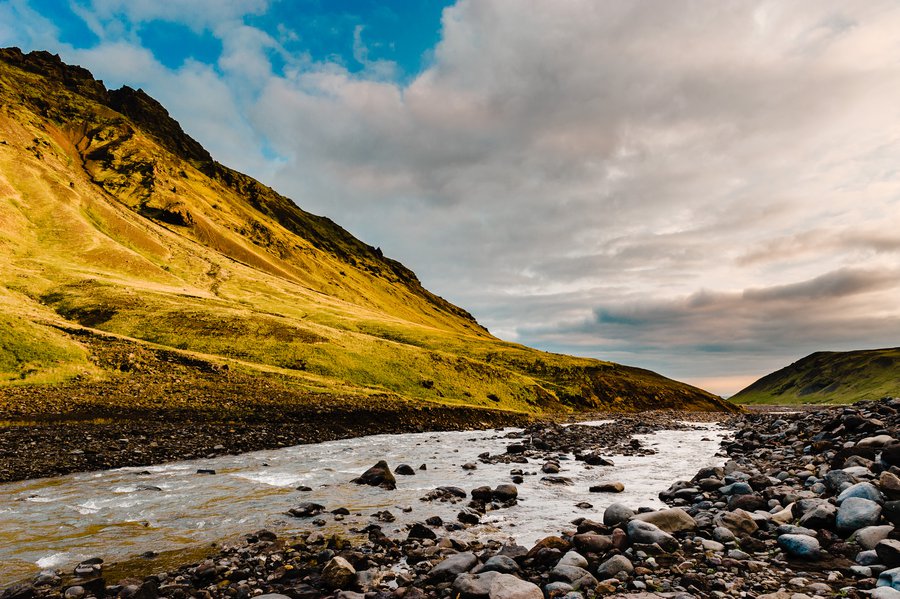 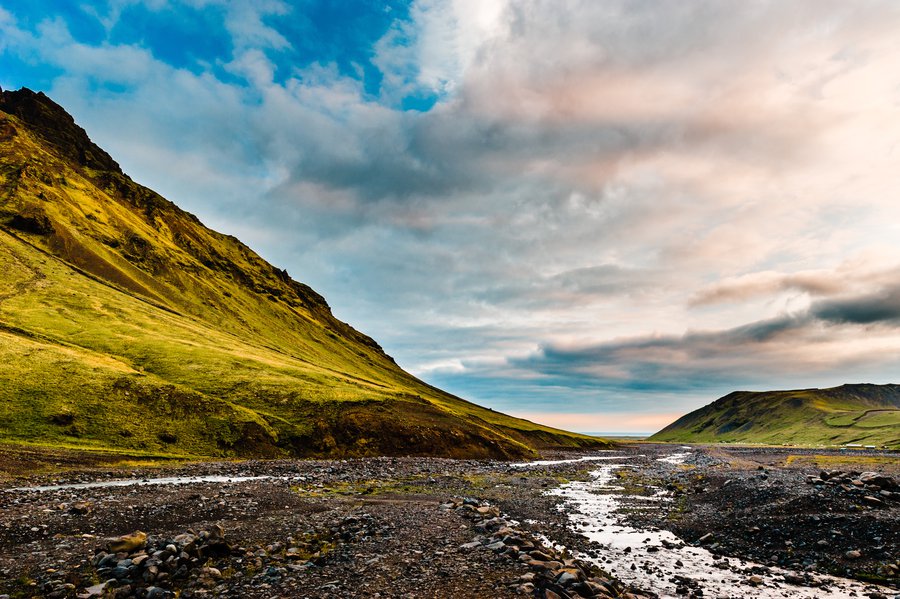 Such a stunning hike, and so happily devoid of noise. 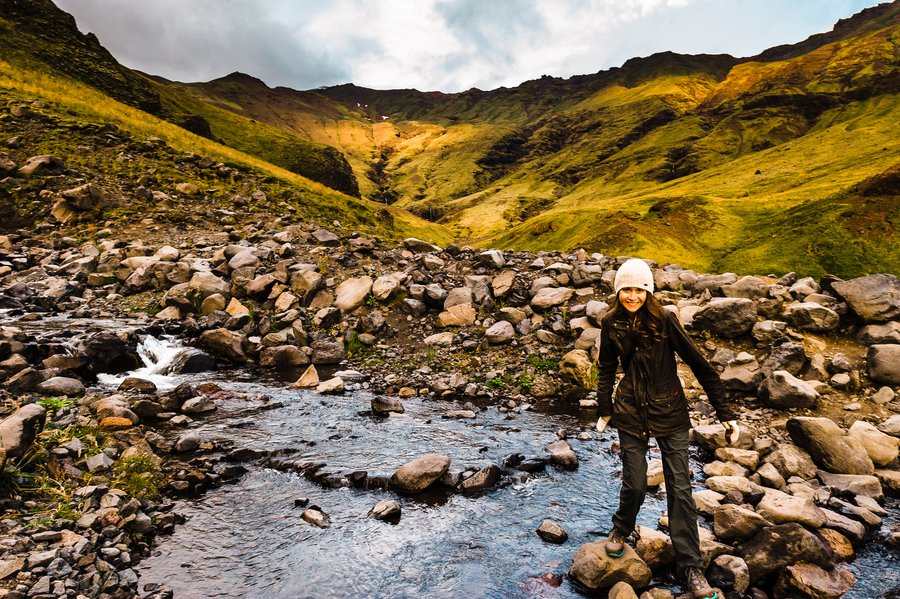 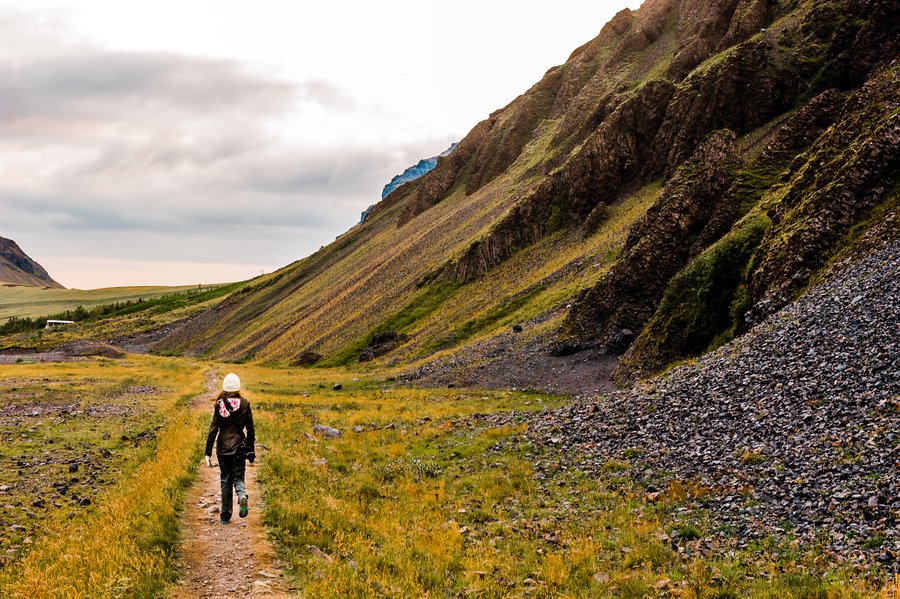 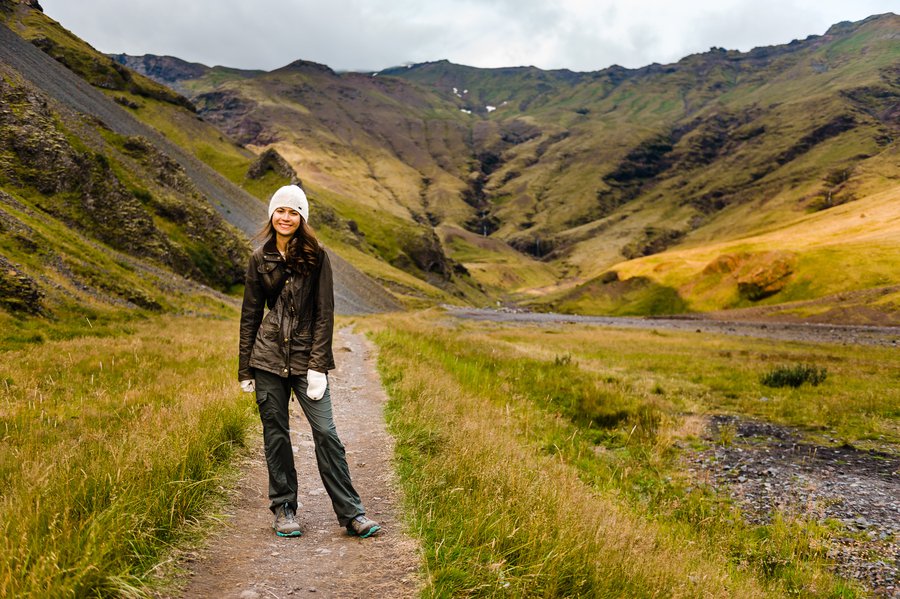 The sun set late, so we had time to catch one last sight, the very popular Seljalandsfoss waterfall. The draw of these falls is that you can actually follow a path behind the waterfall. It was steeper, slipperier and wetter than I'd imagined. At points, the wind blew the falls toward us as thick as rain; you can see how large the falls were if you can spot the tiny people on the path. 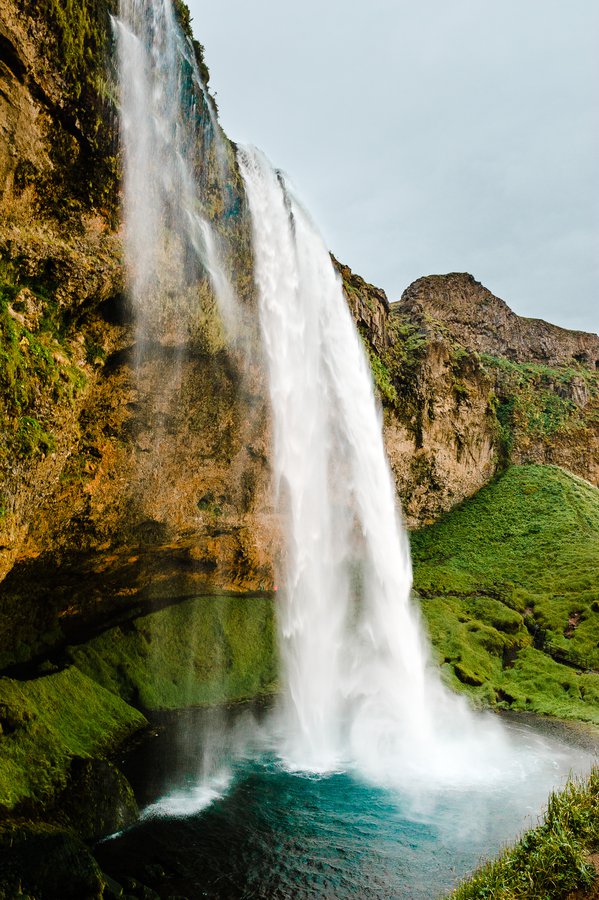 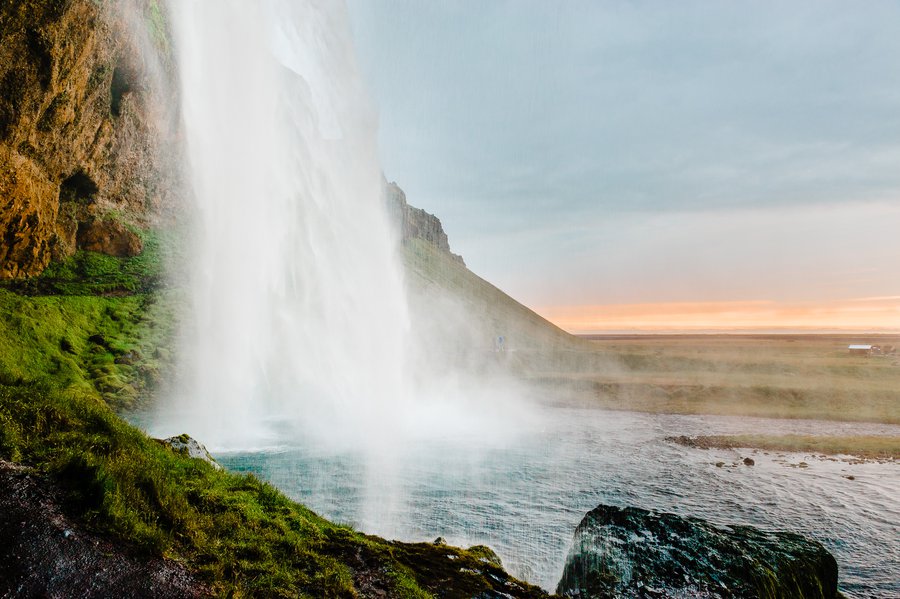 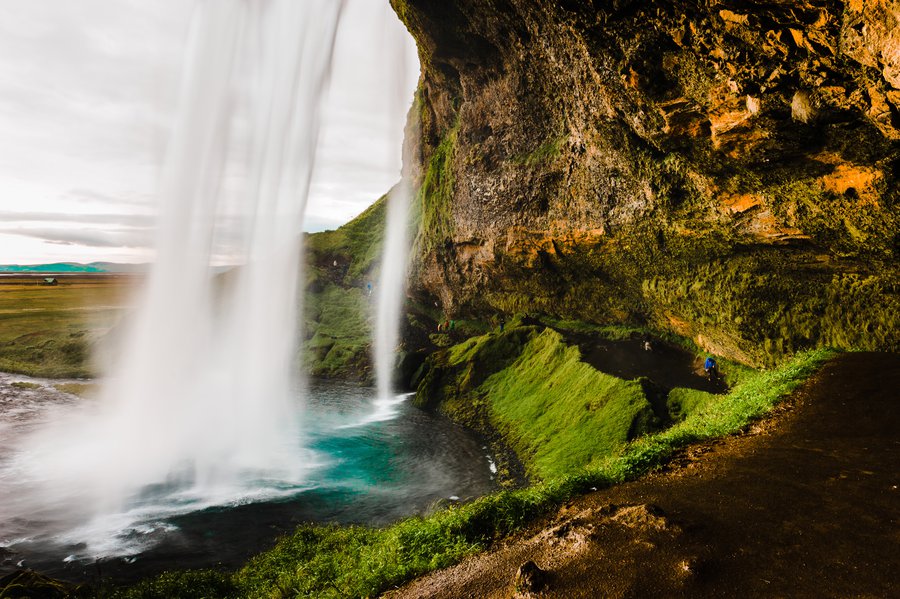 The last stop of the day was the Gljúfrabúi waterfall, about a half mile walk from Seljalandsfoss, and hidden behind large stones. No one else seemed to have seen it! I ducked my head into the grotto-like cave, but it was so wet, we had to keep the camera at a safe distance and can only show you this view. 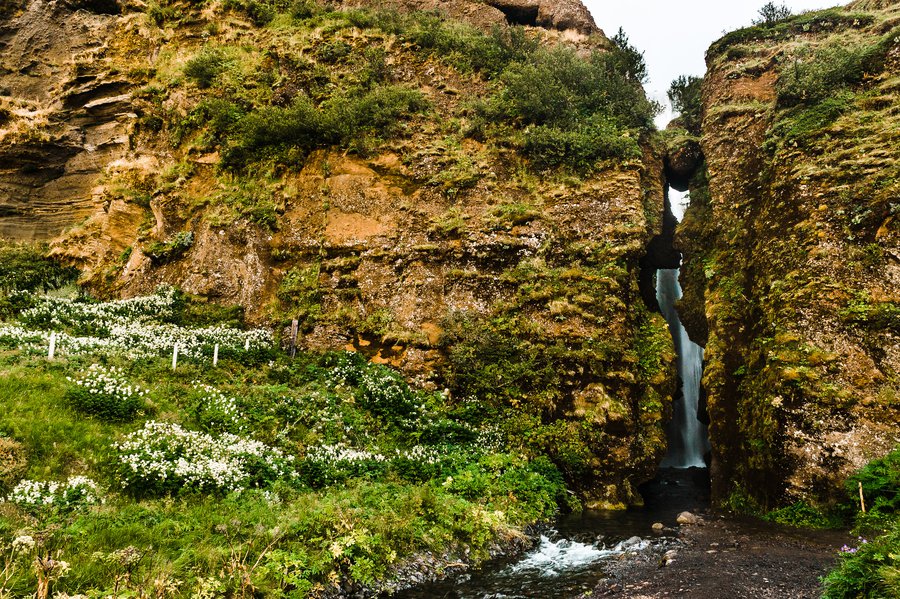 I can't believe the photos up here are only the first 3 days of the trip; much more to come!

Also, I used an awesome app to plan this trip called Tripcipe, and loved it so much that when Tripcipe asked me to guest blog, I was excited to share. Click on over there to see a summary of our whole trip with some photos not posted here yet, and try out Tripcipe on your next trip!