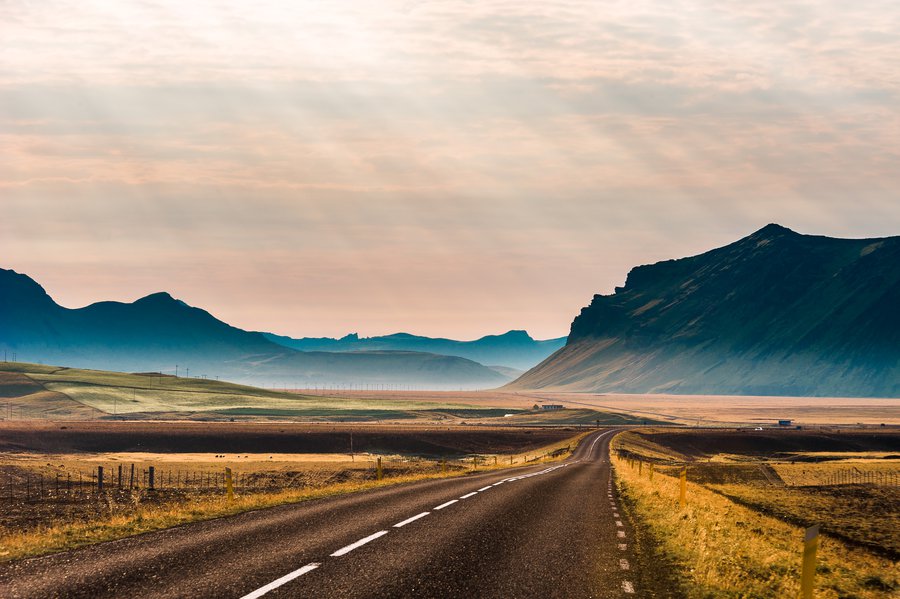 The most epic day of our trip (with the longest car ride) started early, leaving from Hvolsvöllur when the lakes were still sleeping. As we moved east, gray, jagged mountains appeared next to the empty roads, and then slowly, we saw what we were headed toward: the ice caps and glaciers of Vatnajökull National Park. 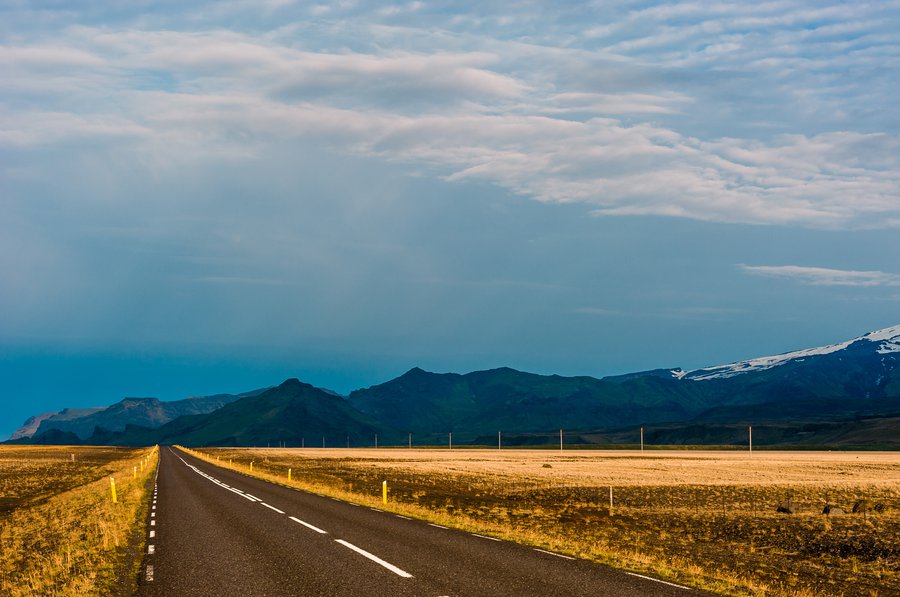 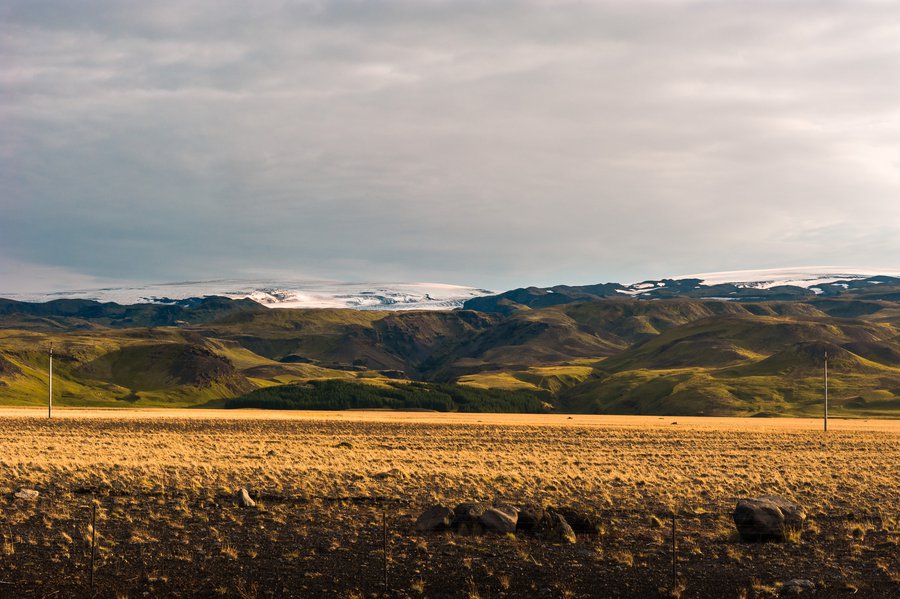 It took about three and a half hours by the Ring Road to reach our morning destination, the Jökulsárlón glacial lagoon. The lagoon is a large lake filled with pieces of the Breiðamerkurjökull glacier that have melted off and are floating out into the ocean. 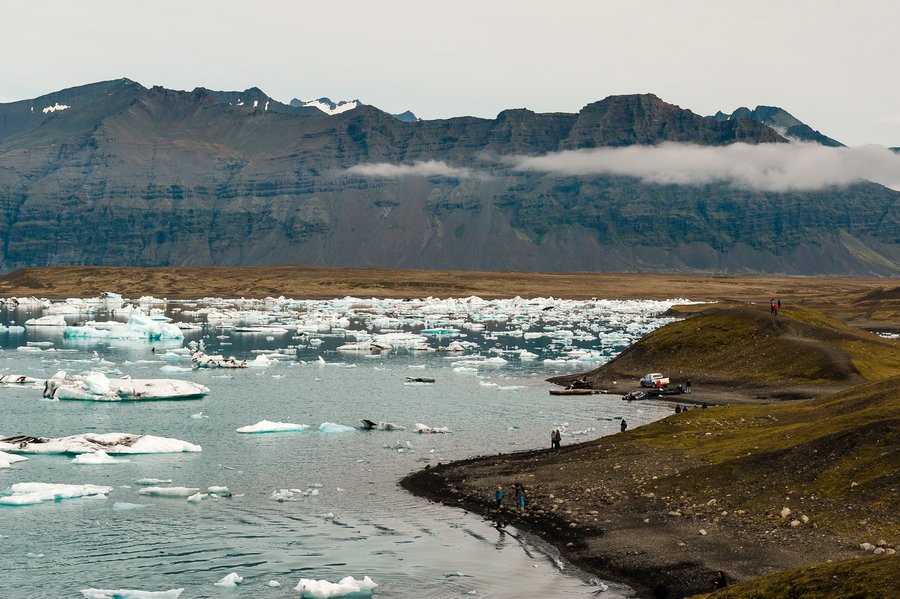 Coming from the green, meadowy plains of the southern coast, the icy temperatures blew off the lake right under our skin, but also filled the air with the freshest smell I have ever experienced, the smell that comes alive just as the ice melts and starts to breathe. You can see the glacier's tongue dipping into the lake here. The whole national park extended out behind it and is mainly unreachable apart from hiking and super jeep tours. 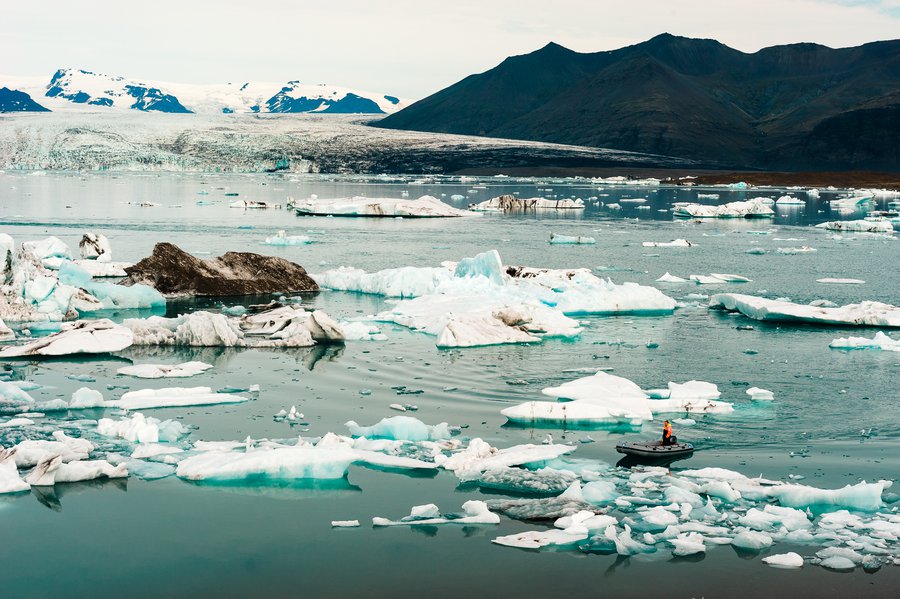 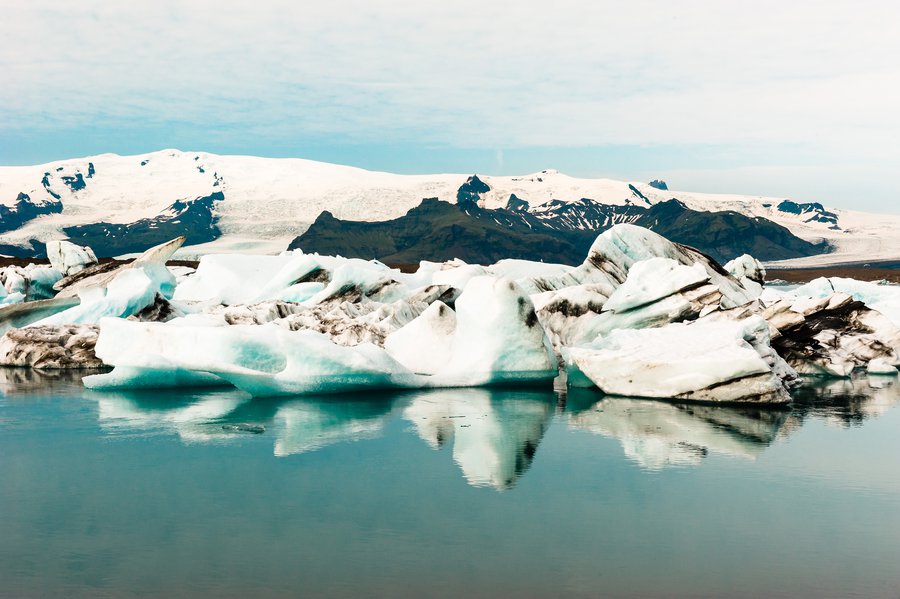 The floating ice glowed teal, and seals bobbed up and around the ice. 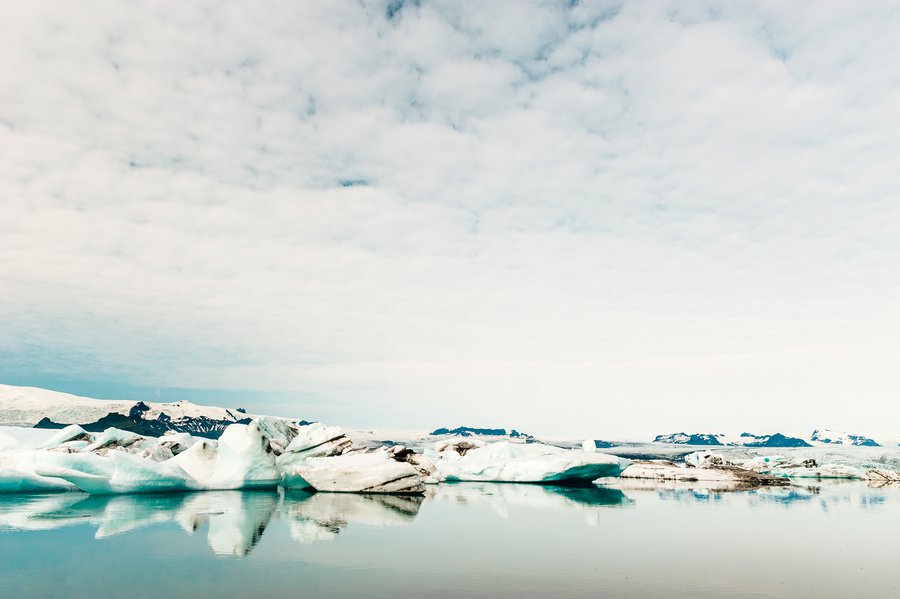 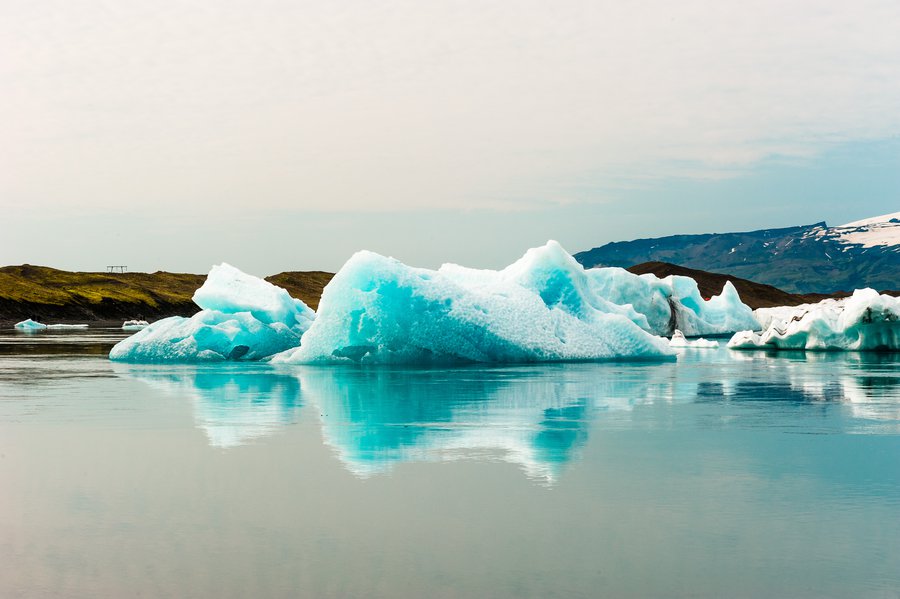 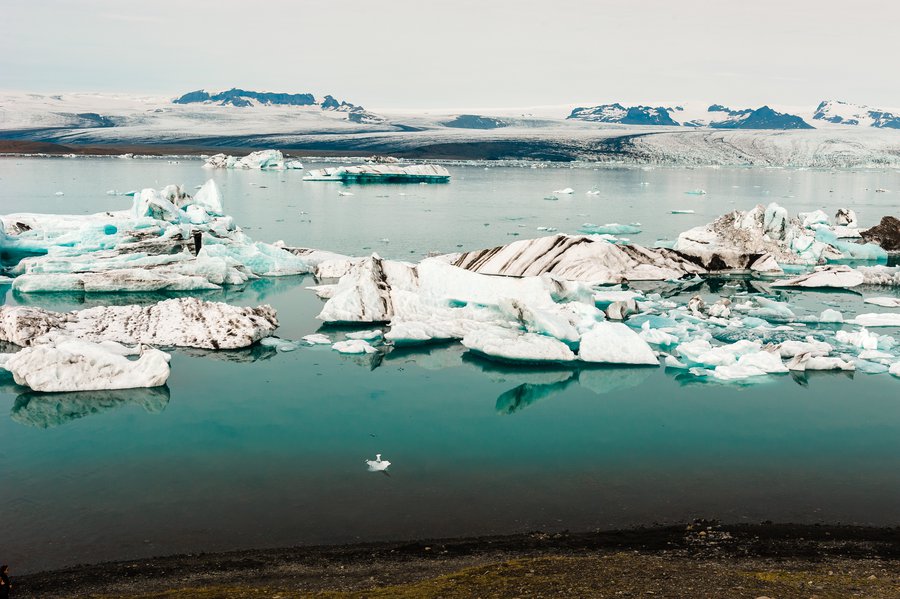 The water was bluer than alpine water, straight off the icecaps. 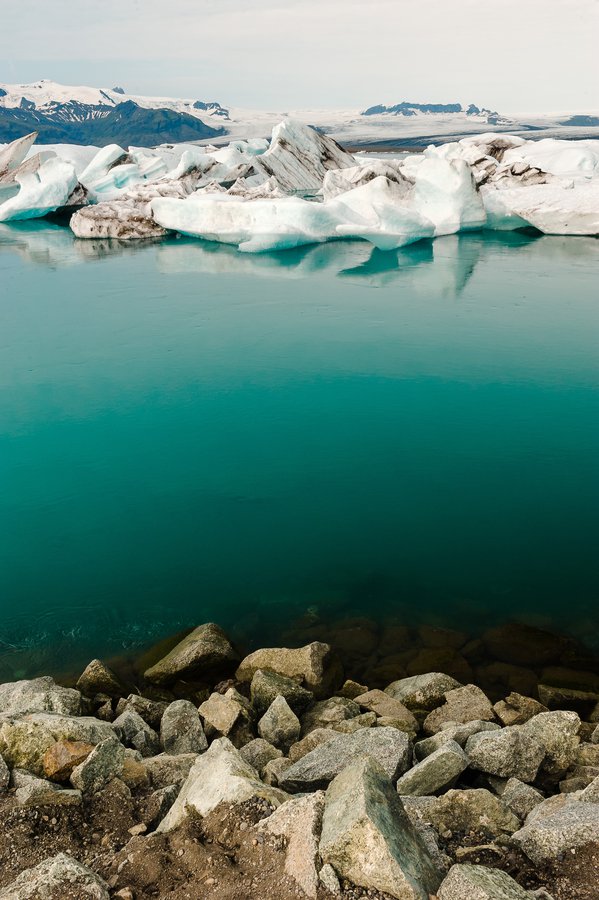 At the very end of the lake where the water rushed off into the ocean, we found these glowing iceberg chunks. 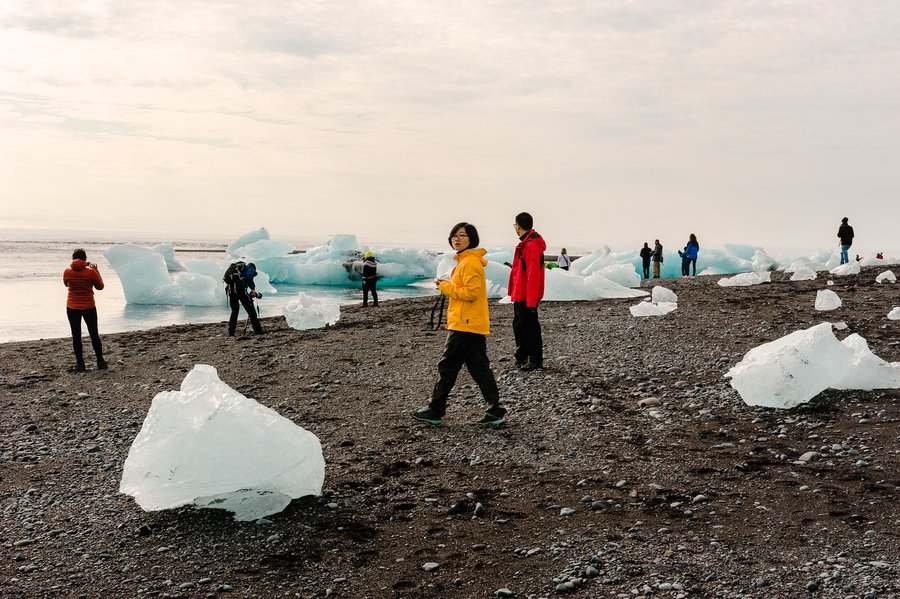 The lagoon is located at the base of the largest ice cap in Iceland, Vatnajökull, which covers 8% of the country and has over 30 outlet glaciers. Our next stop was one we'd been planning and researching for months: a hike up the Skaftafell Glacier, one of Vatnajökull's outlet glaciers. We were scheduled for a 5 hour hike with Glacier Guides. We met up with our guide Fannar and group of 6 others at the Skaftafell Visitor's Center, and then took a short, bouncy bus ride to the glacier's base. It's hard to get a sense of the scale from photos, but here is the tongue we climbed. 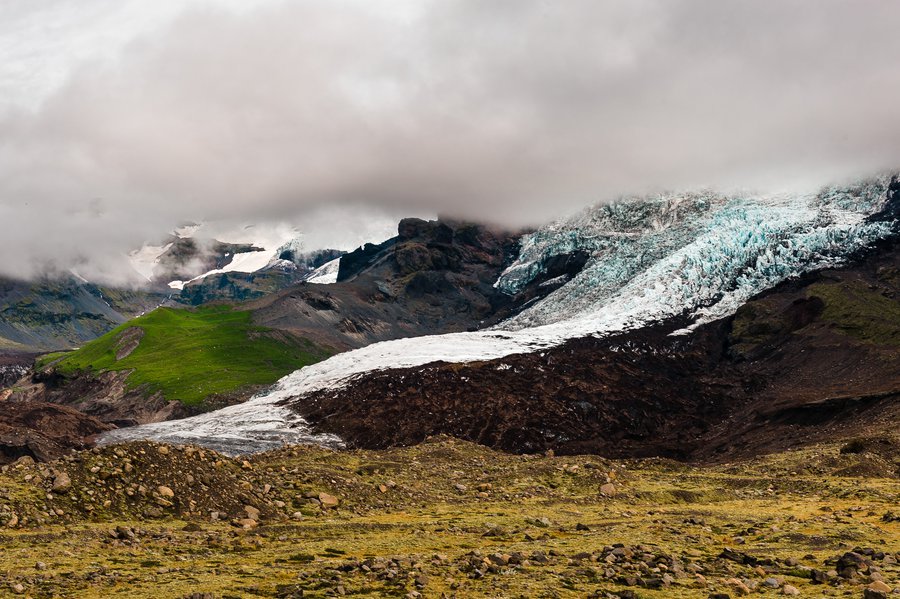 From our bus, we hiked about 20 minutes before we had to mount any ice. Fannar explained how glaciers pick up soil and carry it down to the ocean, leaving the runoff water muddied. 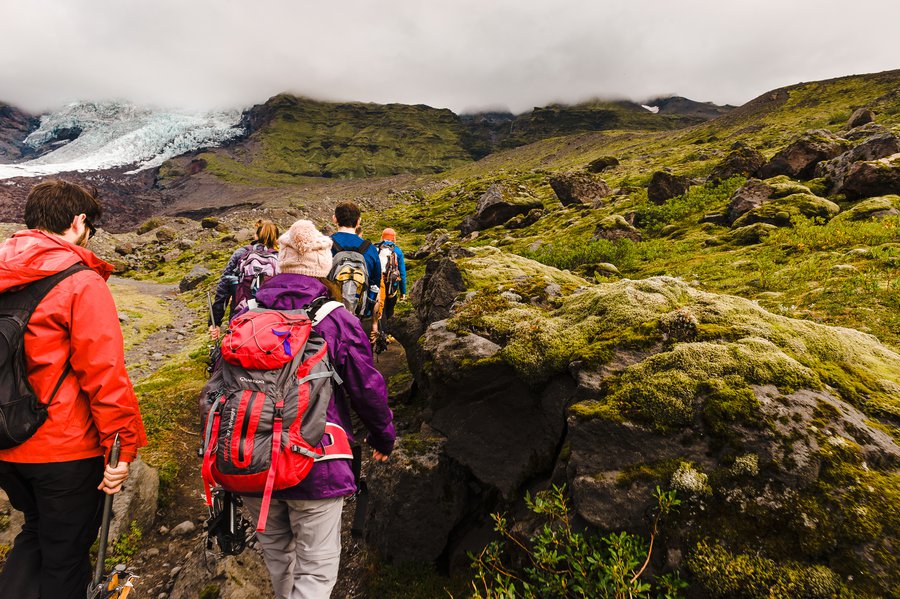 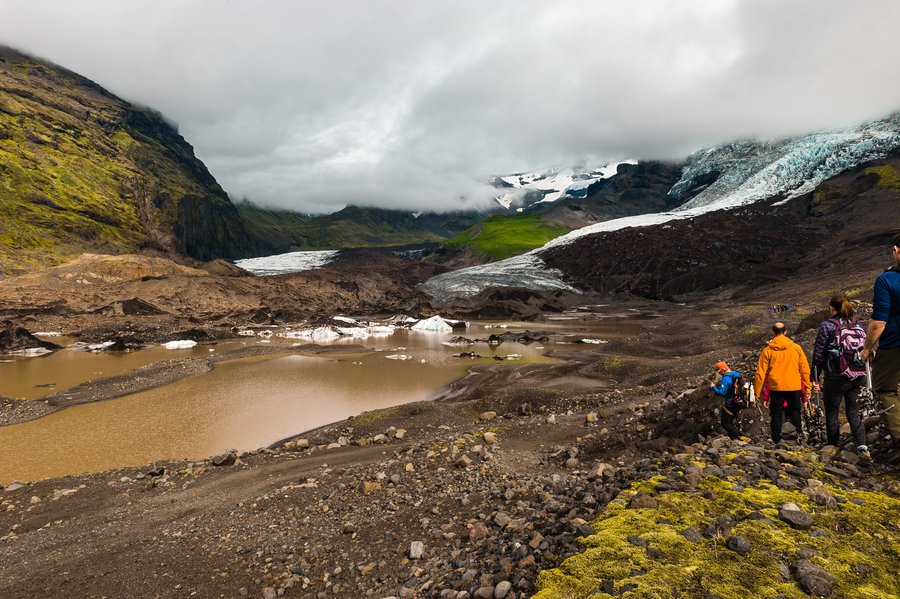 You can see a few other hiking groups heading out ahead of us. 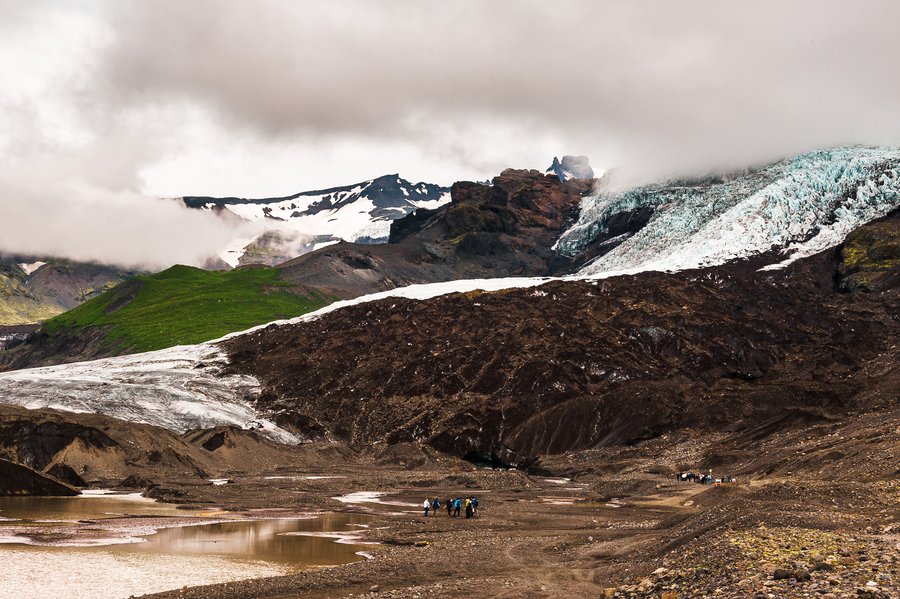 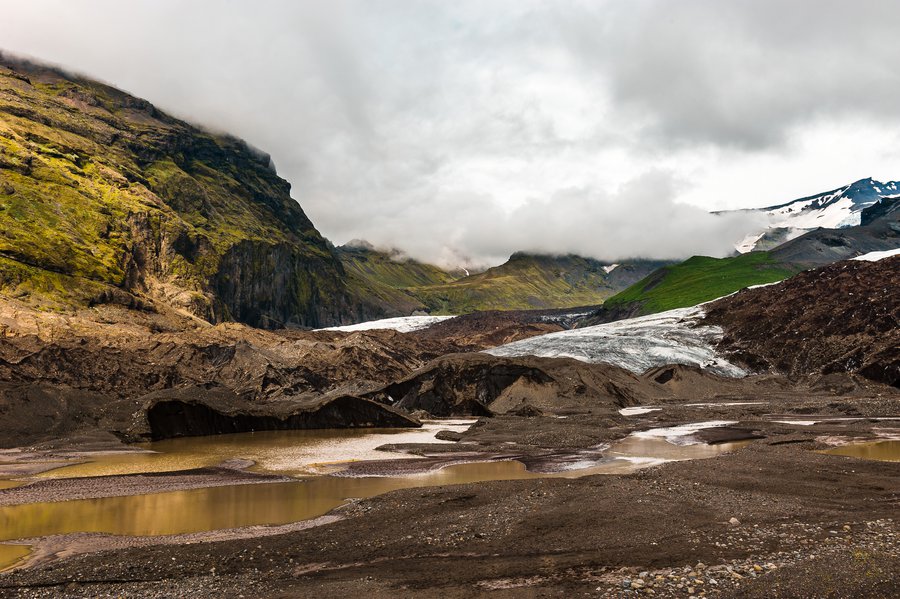 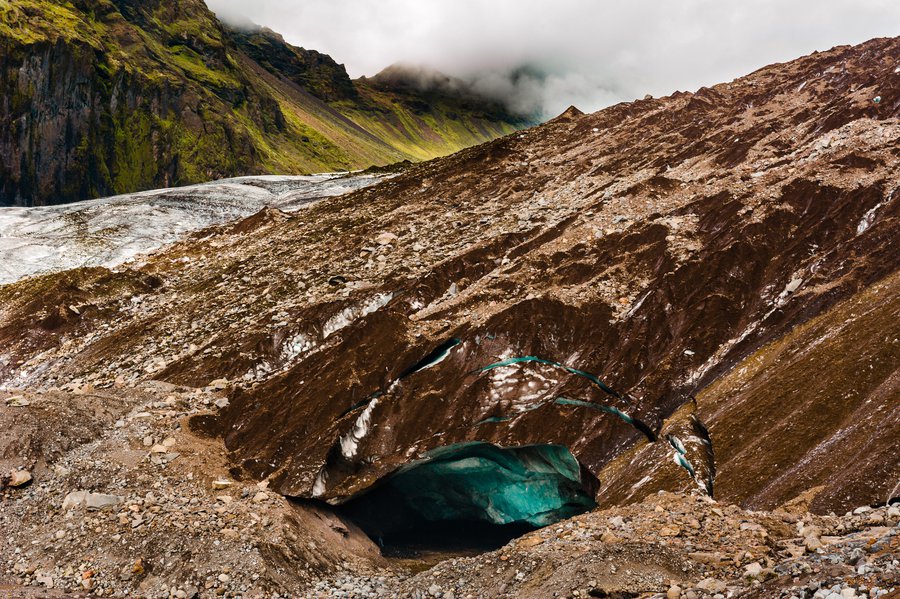 Once we reached soft ice, Fannar (blue shirt) showed us how to attach our clampons (basically spikes you attach to your shoes that make you superhuman on ice) and how to use our ice picks. 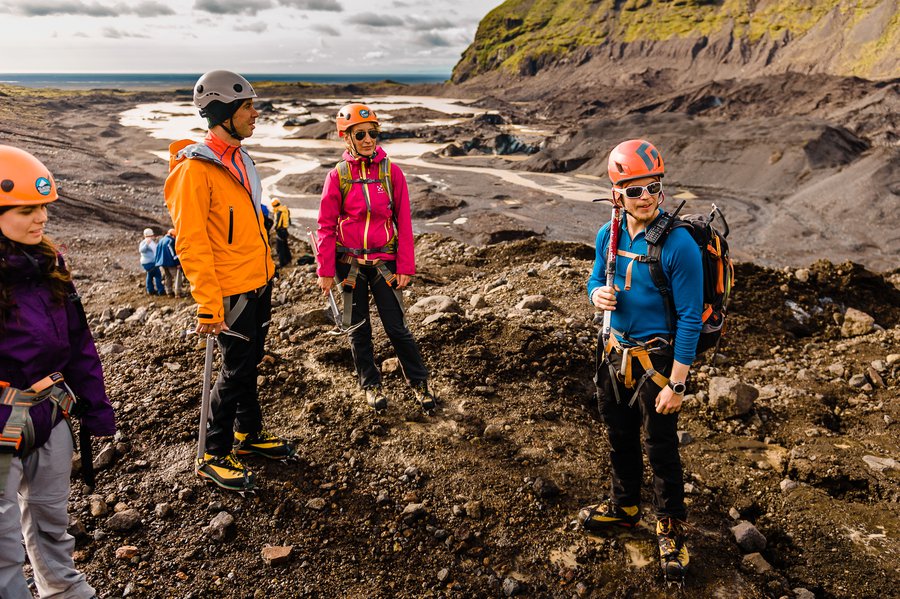 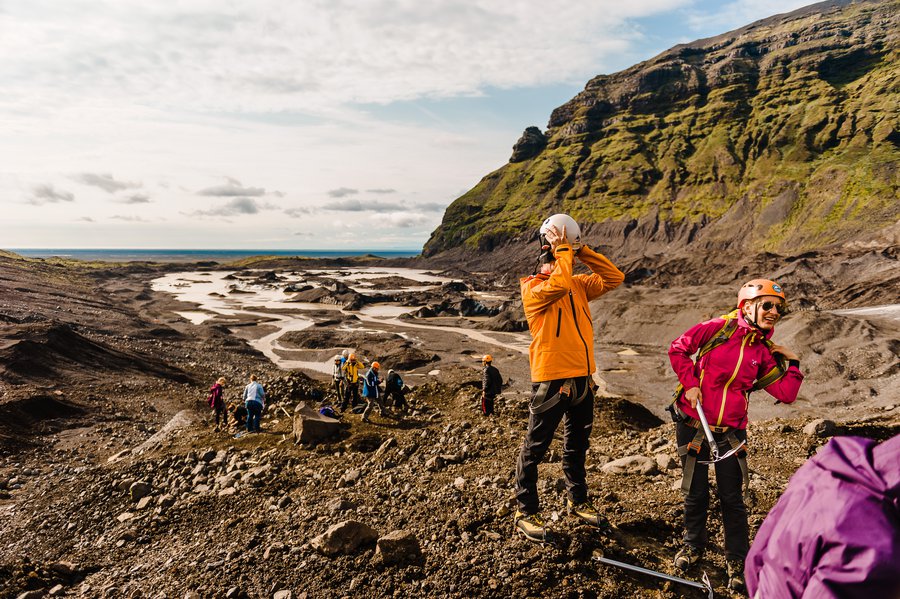 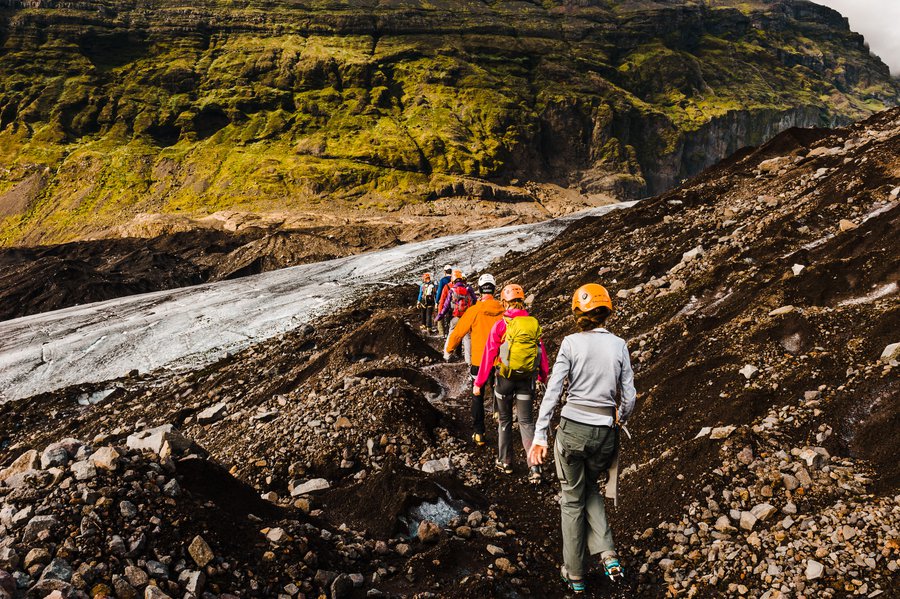 Our feet felt a little heavier, but we were completely in love with our mighty crampons once we hit steep angles. 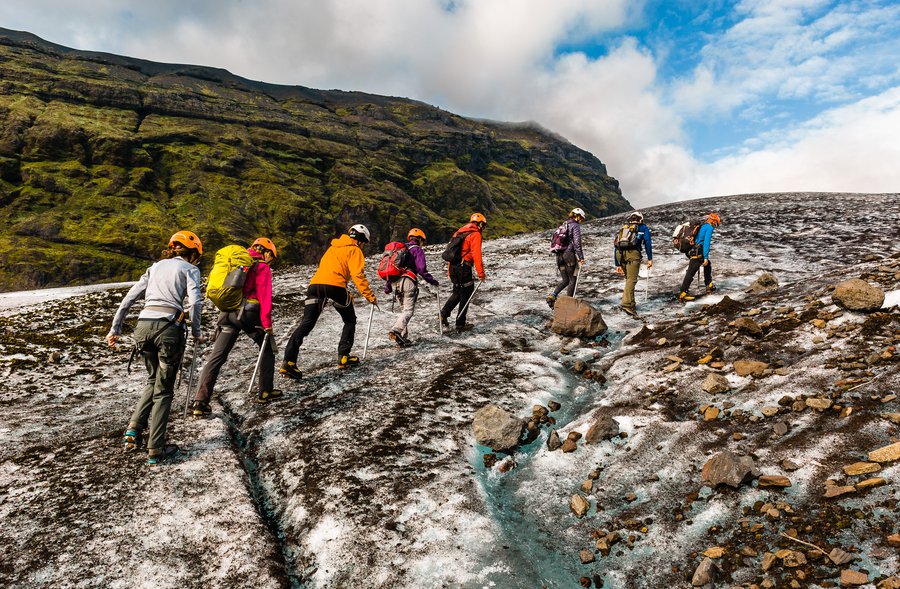 Photos up us on the ice in the next post!