Eight years later, and I still feel with mirror precision the peace and quiet of sitting on an old bench by the shallow stream that barely moved through the center of Bourton-on-the-Water when my dad and I visited. (Side note: He was dropping me off at grad school in Scotland. 8 years ago!) You could see straight to the silty bottom of the foot-deep stream, inviting ankles. 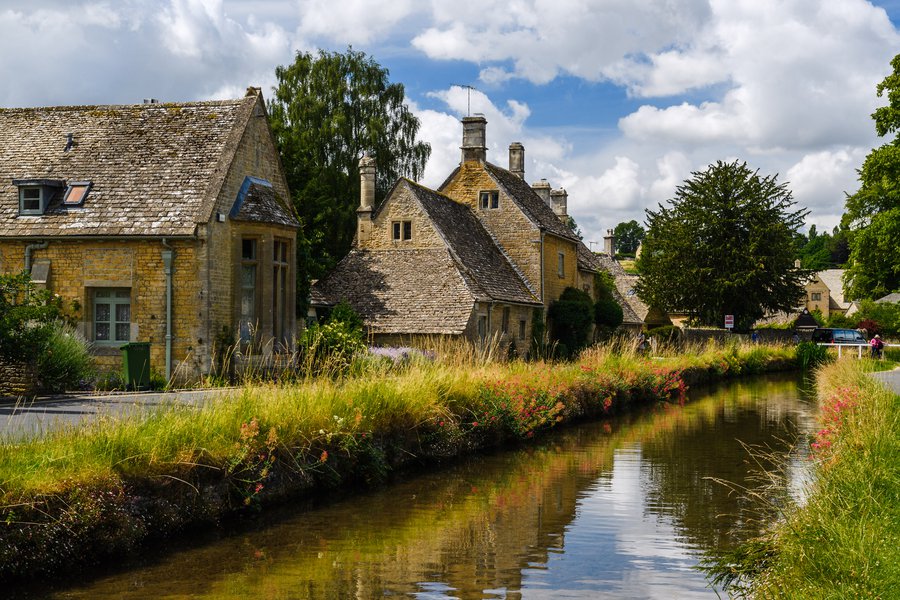 We would've gone nearly anywhere, but how lucky that our friends decided to marry in the heart of this lovely place? After 3 golden days in London, we drove out to the largest town in the Cotswolds, Cheltenham, where the wedding took place a few days later. The wedding was glorious and felt so comfortable to be with so many friends from so long ago, although sadly for us now, we were having way too much fun for photos. 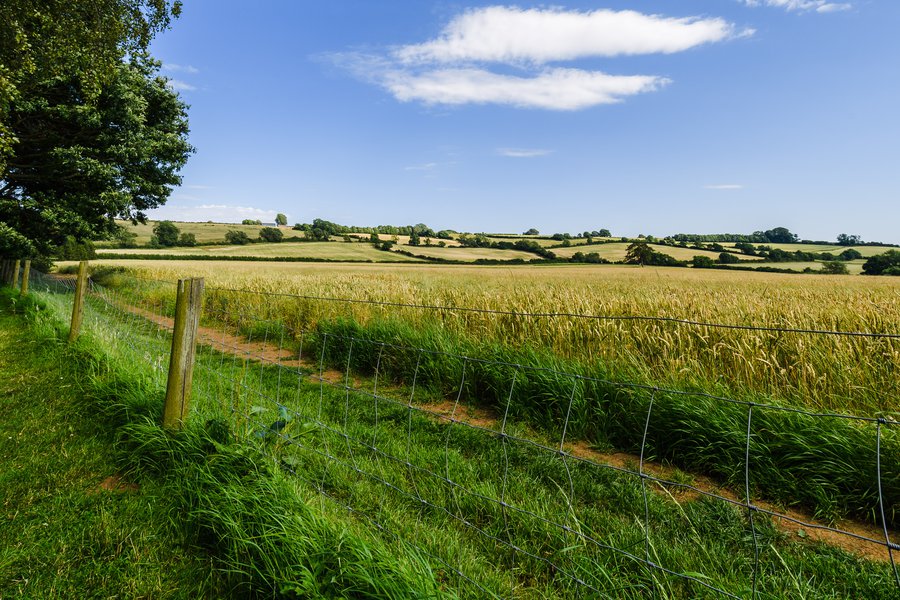 The Cotswolds are an ancient area of England that includes rolling hills, thatched grooves, medieval churches, and exuberant English gardens. 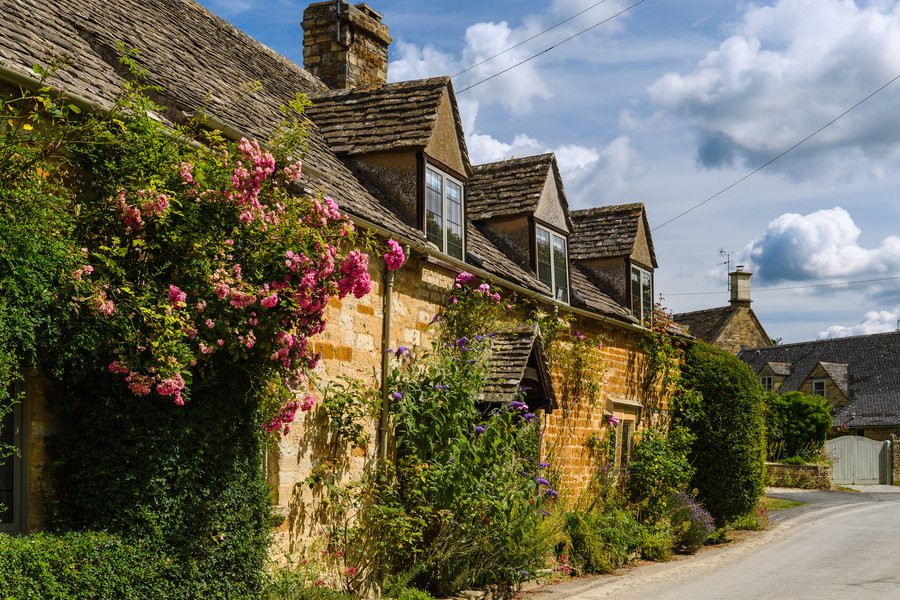 During the middle ages, the Cotswolds thrived on the wool industry, and today it is a preserved collection of villages from the past, an escape just a few hours from London. 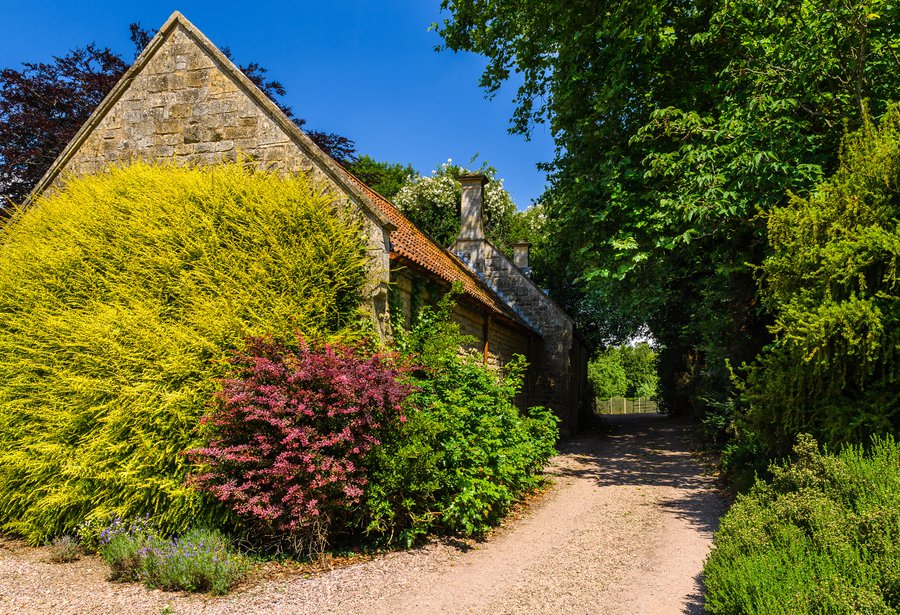 We spent our first day there wandering the (warm/hot) English gardens of Hidcote and Kiftsgate. We started at the smaller Kiftsgate where a small maze led from the house 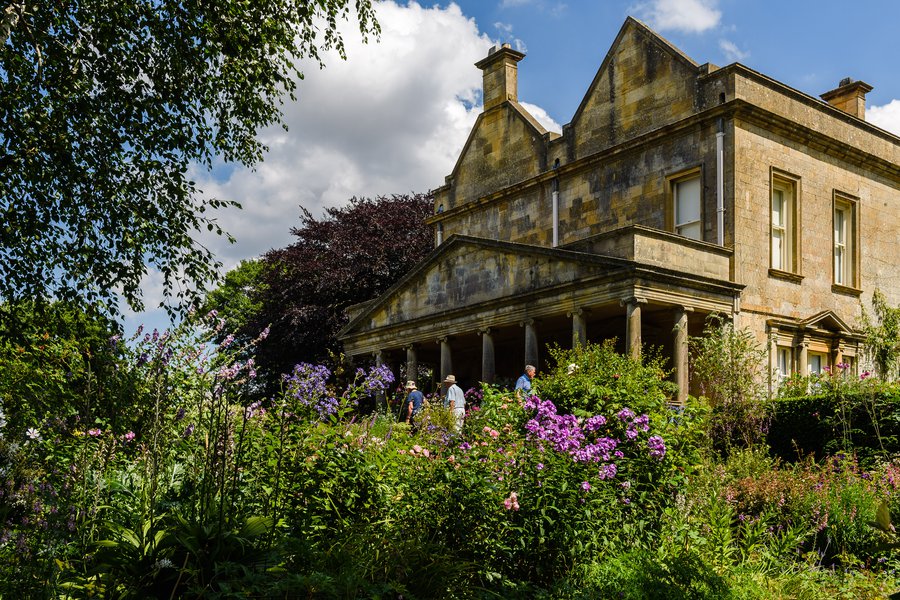 through rows of brilliant colors 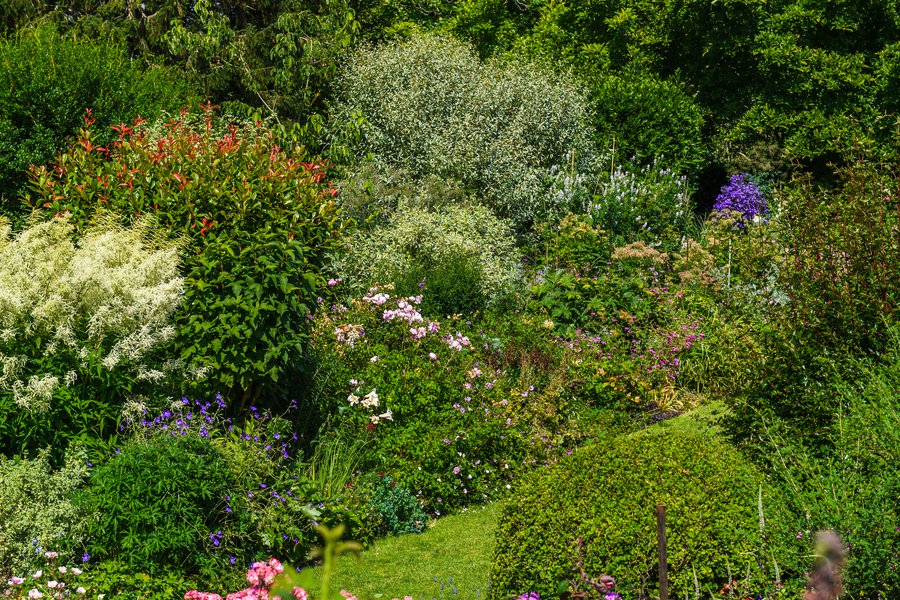 down a wooded, steep path, 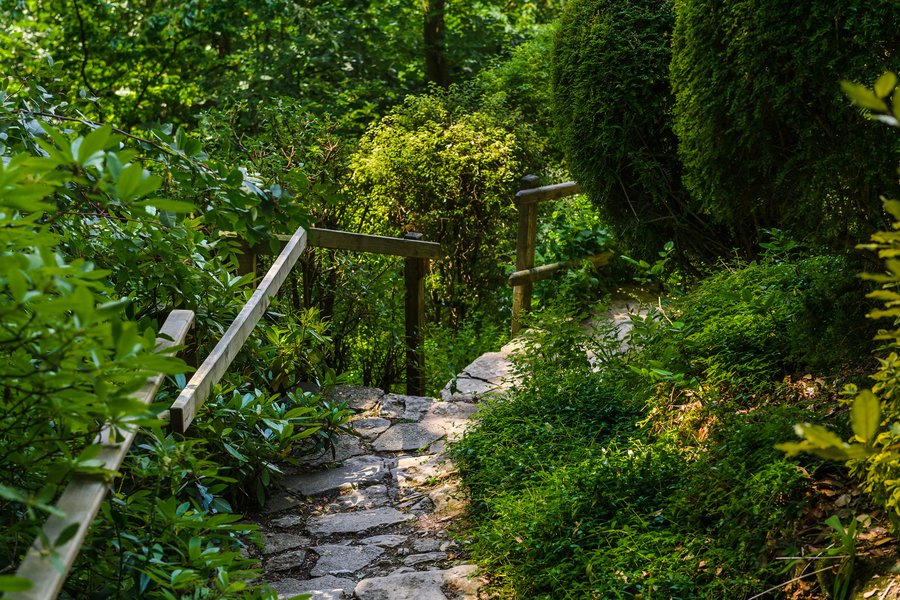 and finally to the half-moon pool at the foot of the land. 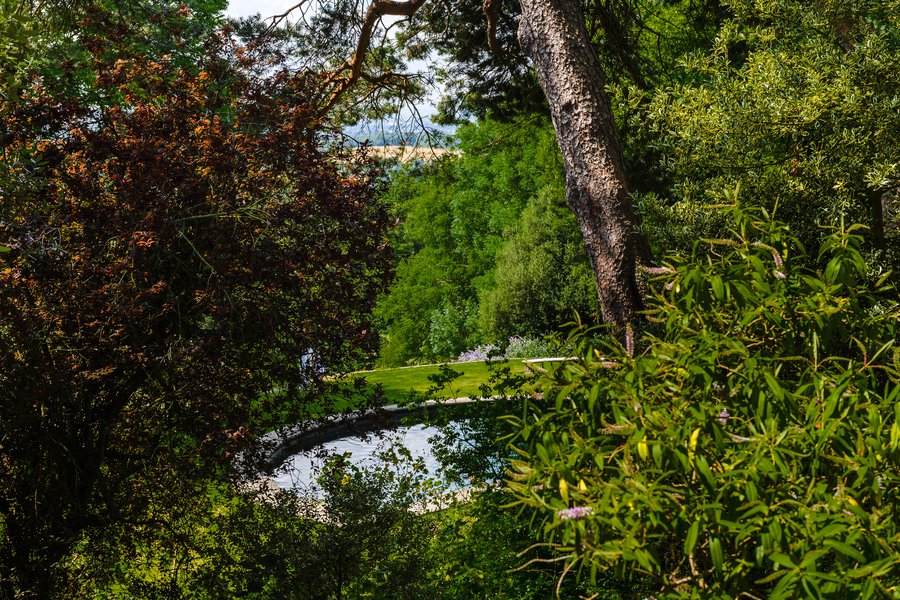 The vista out into the patchy land was lovely. 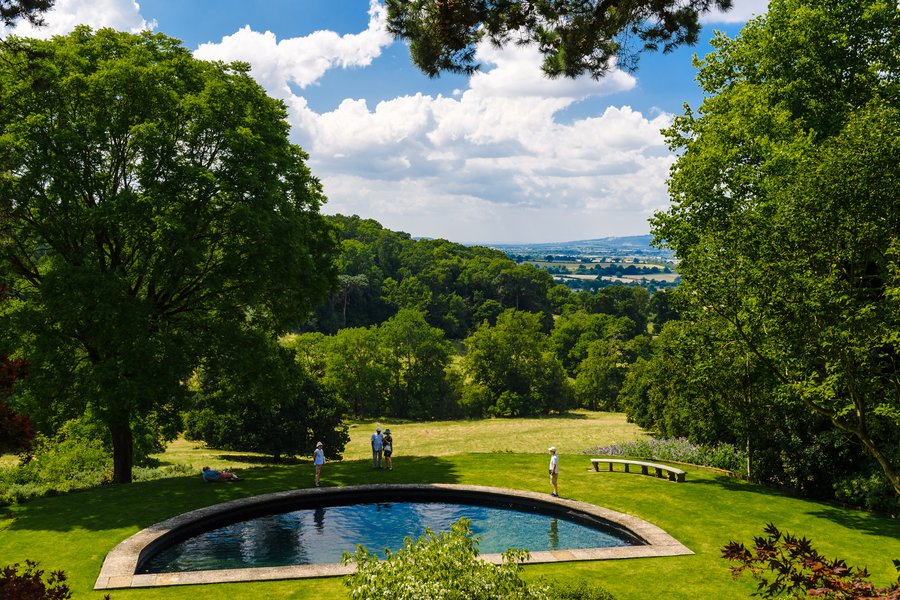 Hidcote felt more formal and planned, with an actually complex map--the gardens took a few hours to navigate through! 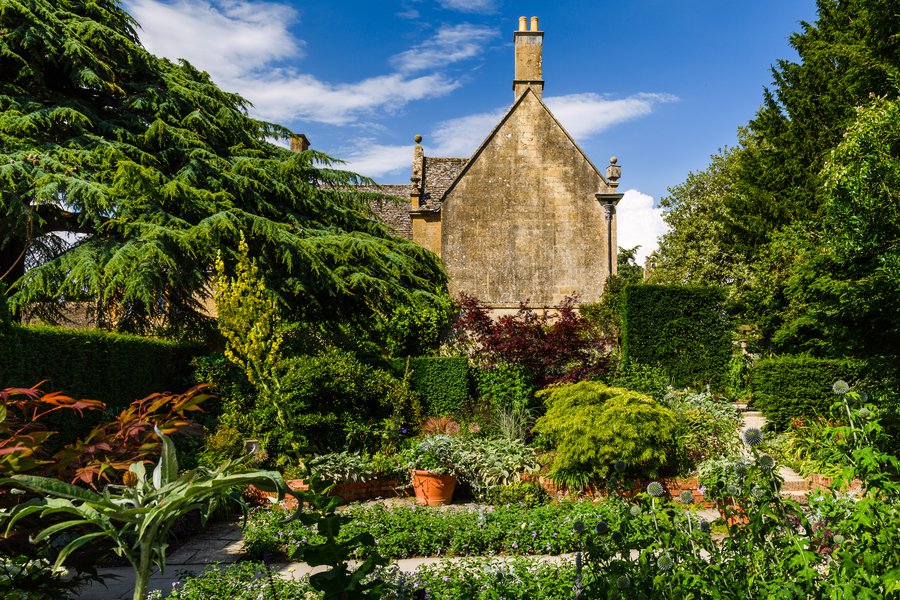 Some of the gardens were organized by color, others by use. I especially loved the kitchen garden with towering curlicues of sweet peas and fluffy fennel fronds. 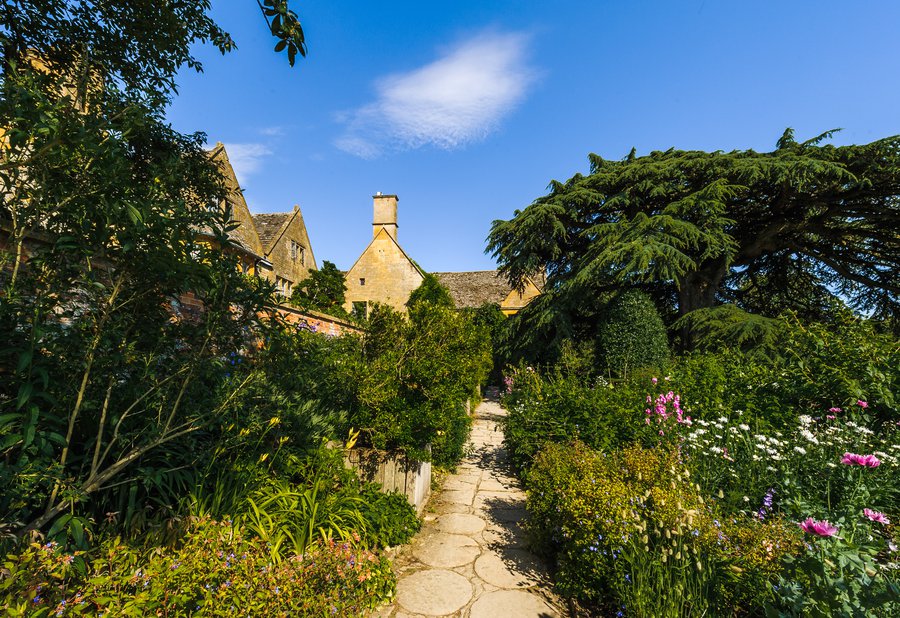 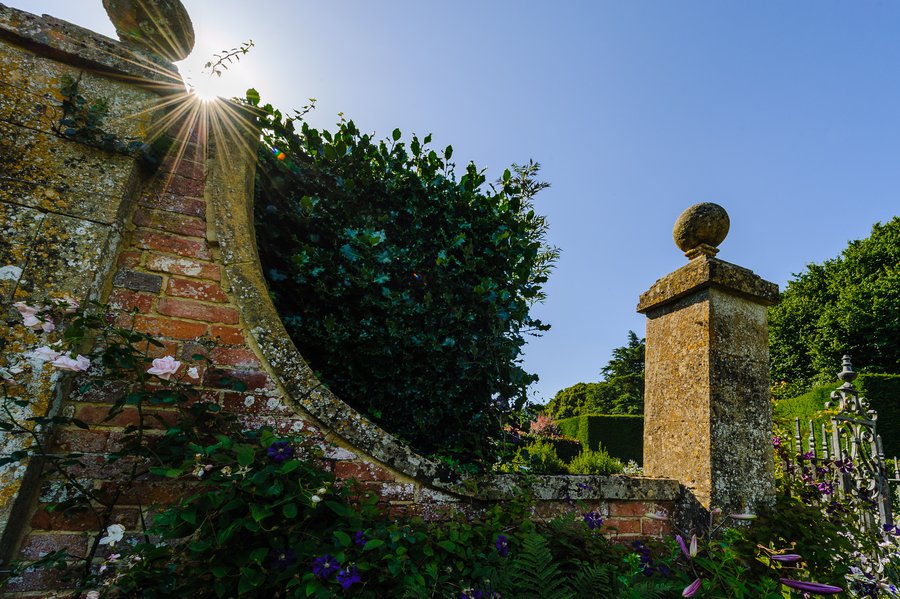 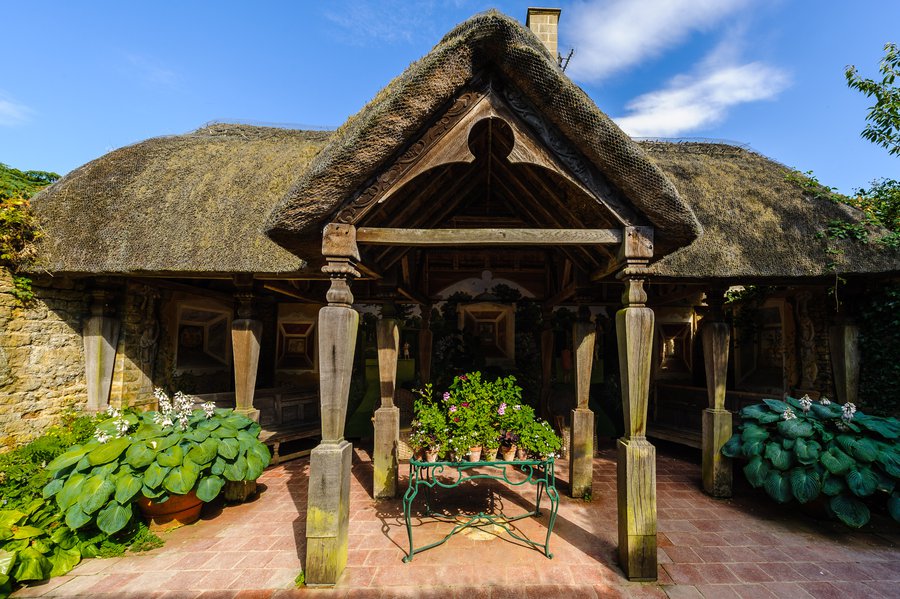 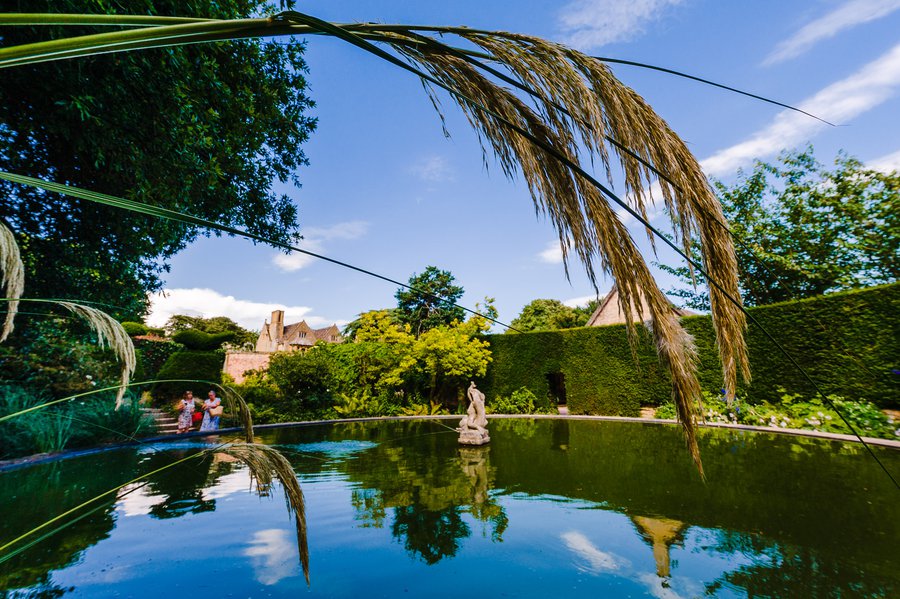 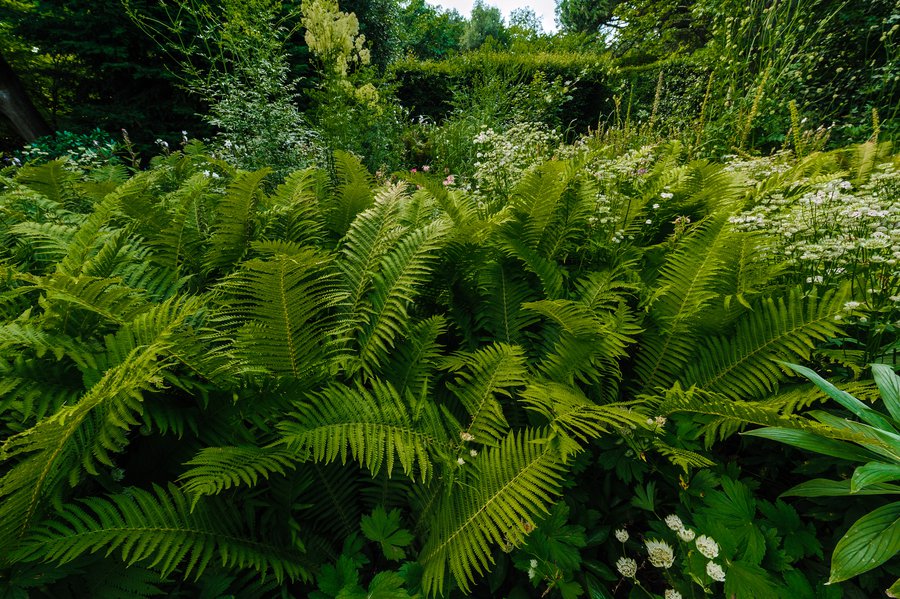 This stillness and quaint life that defines the Cotswolds is so peaceful that this New Yorker can hardly absorb it all. 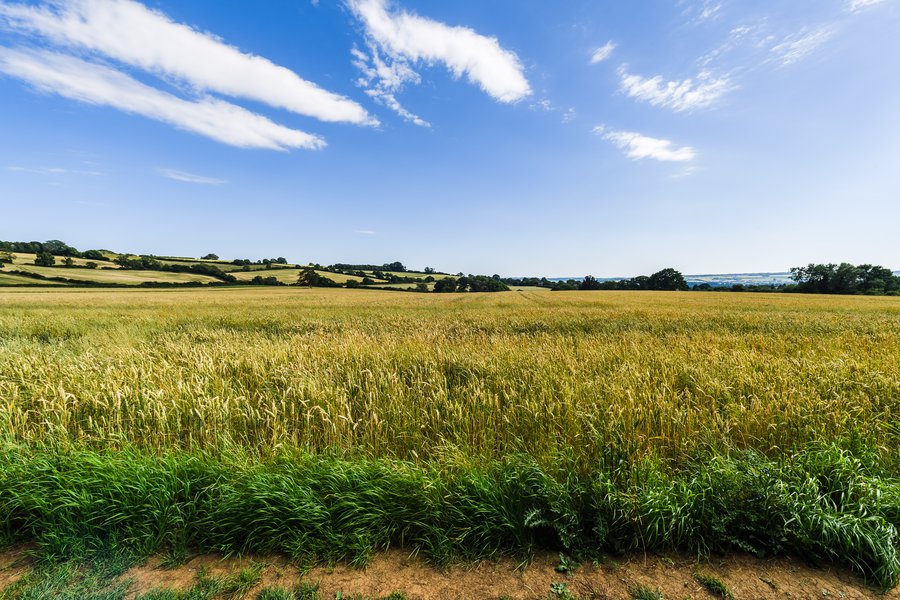 I'll be back with more of the homes and villages we wound through in the next post. Get ready for some serious thatching!

In the meantime, here are some of our trip details:

Hotels
We were booked at the very beautiful No 131 hotel in Cheltenham, but arrived in the blast of the heat wave. Unfortunately, the hotel was not air conditioned because of its historic status, so they gave us a cooler room in the equally as lovely No 38 The Park. After one night in an 85 degree room, we Americans wimped out and stayed across the street at the air conditioned The Queens Sofitel. 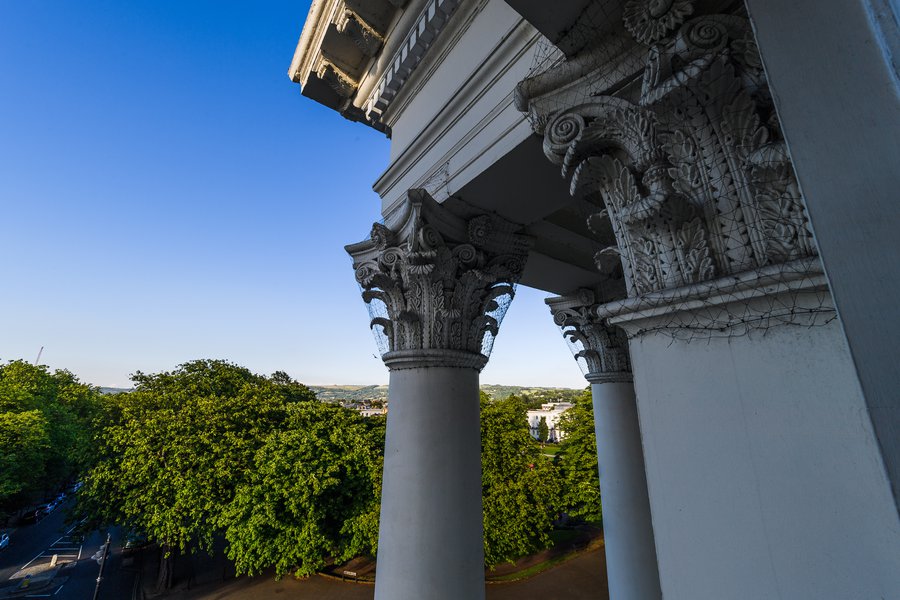 We cannot speak enough good about the service at No 131, and would love to stay there in the winter. The stunning decor would make such a cozy vacation.

Restaurants We Loved
Lunch:
The Ebrington Arms, suggested by my friend Sheena who grew up nearby, was the most authentic and delicious pub we visited. They had their own local beer, named Yubby in honor of the town Ebrington. 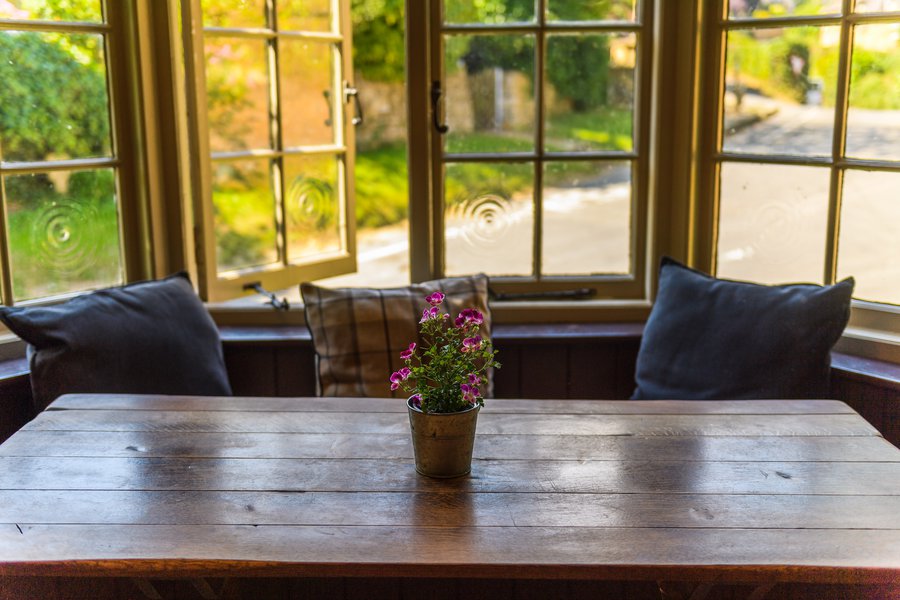 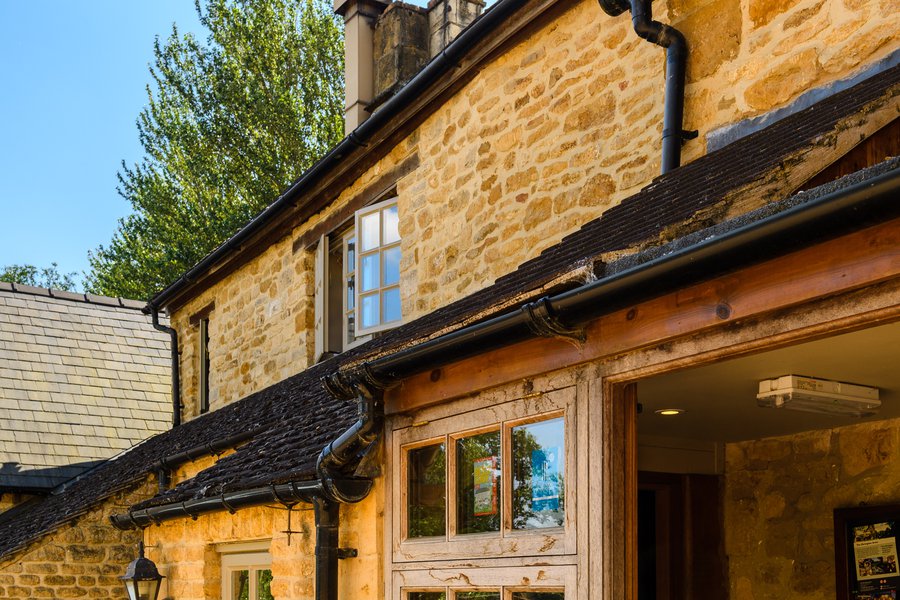 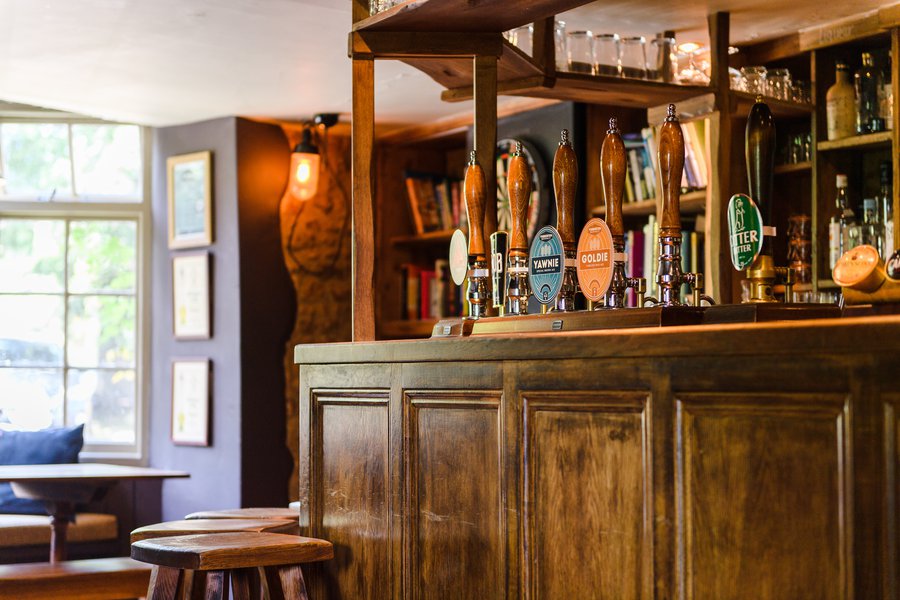 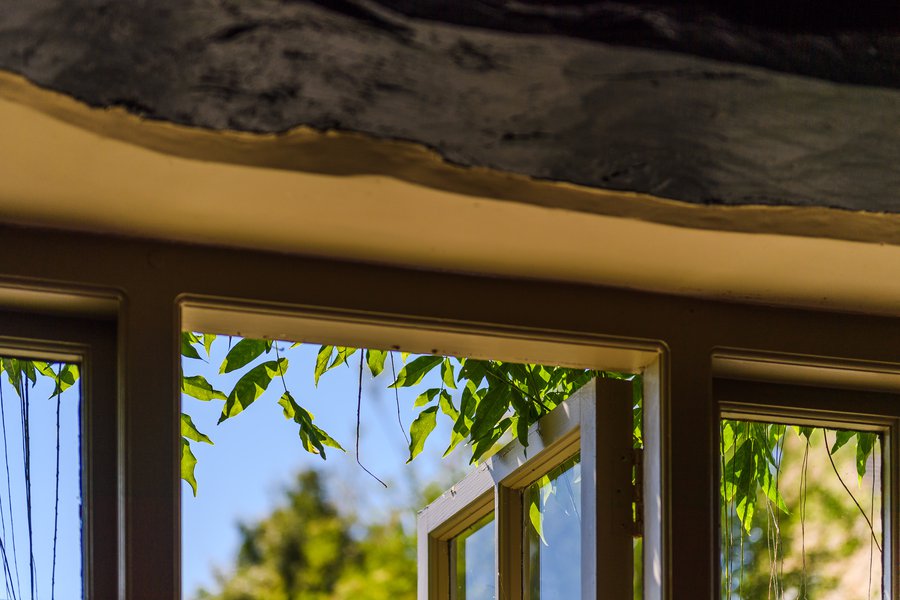 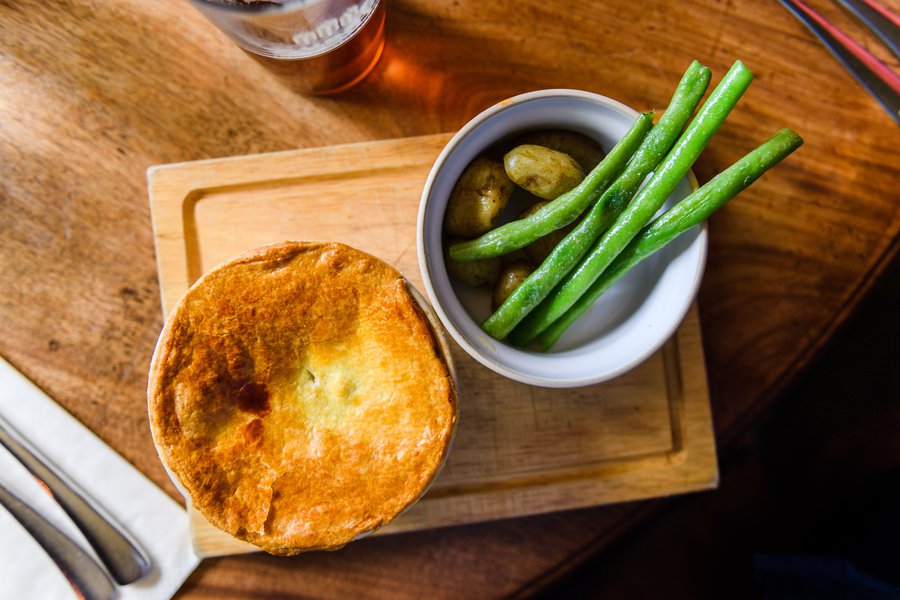 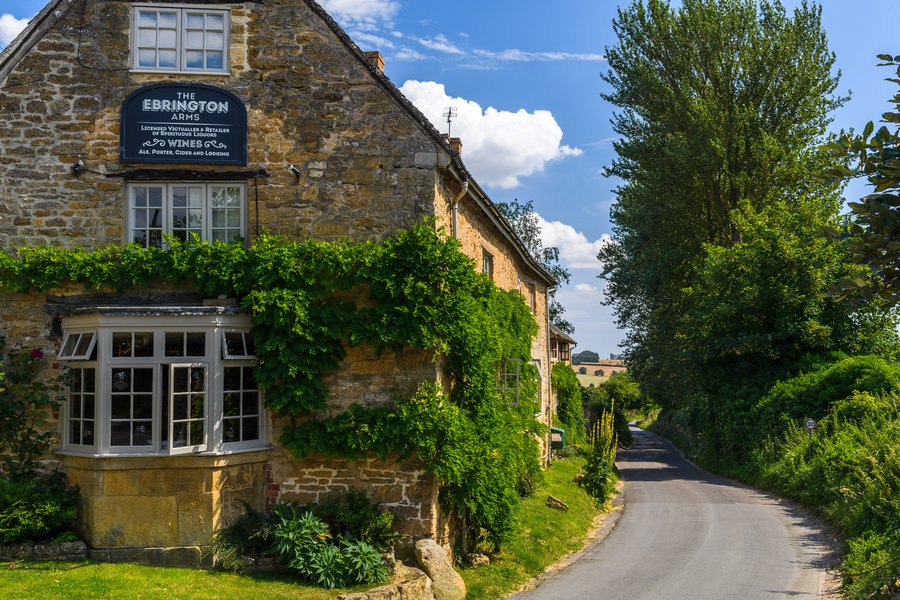 Dinner
Crazy Eights, the restaurant attached to the No 131 hotel, was surprisingly delicious. The service was strangely slow, but it looked like the hip place to be in Cheltenham, and we shared melt-in-your-mouth beef-fat chips and chateaubriand. Funnily enough, I asked for a candle for my in-laws anniversary which showed up at the table next to ours in the cheesecake. The girl at the table couldn't tell them enough times it wasn't her birthday, and we were all laughing and laughing.

Le Champignon Sauvage was another amusing dinner. We hit bad traffic from London and called to say we would be 15 minutes late, which they said wouldn't work because they had other parties coming in. So, we raced in and out of the hotel and arrived 7 minutes after our reservation to find . . . 4 other tables of people. And no one came after us. The food was 2-star Michelin, and I especially enjoyed a blueberry cannoli dessert (the GF wrapper made from dehydrated blueberries and filled with sorrel cream), but we also were in a nearly silent restaurant all night.

And finally, our favorite restaurant from the entire trip goes to The Chef's Dozen in Chipping Camden. We arrived in a rain storm into a cozy room with nooks and fireplaces and the most fun service. With as much produce and meat from local farms as possible, the food blew us away, and the homemade GF bread and raspberry souffle were fresh, full of flavor. We absolutely loved this place!

Part 2 of the Cotswolds coming soon!