Every taxi, bus ride, train, flight that Walker and I make seems to be a little closer than I'd like. We've done the whole running up an escalator with two 50 pound suitcases and we even made a bus yesterday (seemingly impossibly after waiting in line to realize we had no cash) after the fastest ATM in history spit out money for us in time to catch it. And as I sat on that bus, I wondered how long this would last. Despite snow storms, despite delays, somehow, ours is the plane that takes off still and we're always on it.

I already told you about the winds on Sunday, which were almost strong enough to knock me to the ground. Yesterday morning, drizzle and rain masked the gusts, but as the sun came out and our train traveled across the Firth of Forth, I was holding on for dear life, praying we wouldn't get blown off. Seriously. As Scottish as it was, a train over water on a skinny bridge was not fun. Walker's poor hand definitely got the worse end of the hand-holding.

As we were checking in for our flight to Ireland, a couple came up next to us, pale and leaning on the counter saying they simply couldn't get on their next flight. They'd just landed in Edinburgh, and apparently it was harrowing. I was already a bit anxious to fly out in such gusts, and we were hearing some winds were as strong as 70mph; later we heard 100. The waiting began, and the texts to our friends in Ireland. Parts of the airport, we heard, were being blown off, and a door from an airplane had been ripped so strongly that it had jammed and all passengers were stuck inside until the fire brigade came. Six hours later, our flight to Ireland, along with practically every other flight, was cancelled, and our travel fortunes, for once, fell. Somehow we made our way through the pounding winds onto a bus where I sat, utterly devastated to miss seeing our friends. We arrived at the train station, weary and ready to get back to St Andrews, only to read that all train service had been suspended and the bridge we'd need to cross to get home was closed. Thwarted again.

I'll save you tedium, but we ended up (thanks to my very generous in-laws) at a castle, and not just any. It was the castle Walker told me about when we were dating, the one in the family that's now a hotel. My first smile of the evening was when our taxi pulled up, and I saw warm lights glowing through tall windows in a real castle. I felt like as close as I could to a weary travelor seeking refuge as we blew inside. We proceeded to walk around like country-dwellers in the city, looking up at painted ceilings and chandeliers twinkling in the evening.

Volcanic ash permitting, we're off to America tomorrow, so today is cram-jammed with packing and cleaning out the fridge. Allow me to be brief.

This is Dalhousie Castle, which sits in Midlothian, an area just south of Edinburgh. It's long been home to the Ramsay clan, one of Walker's two clans (in addition to people like, oh, Oliver Cromwell). Walker's family now owns some artifacts that once found their home here, and it was amazing seeing the massive family tree on the castle wall tracing his lineage.

Our room was appropriately appointed with a king sized canopy bed. The ancient stone exterior wall meant we had to blast the heat all night, but it all felt more authentic with the winds swirling and the night chill. 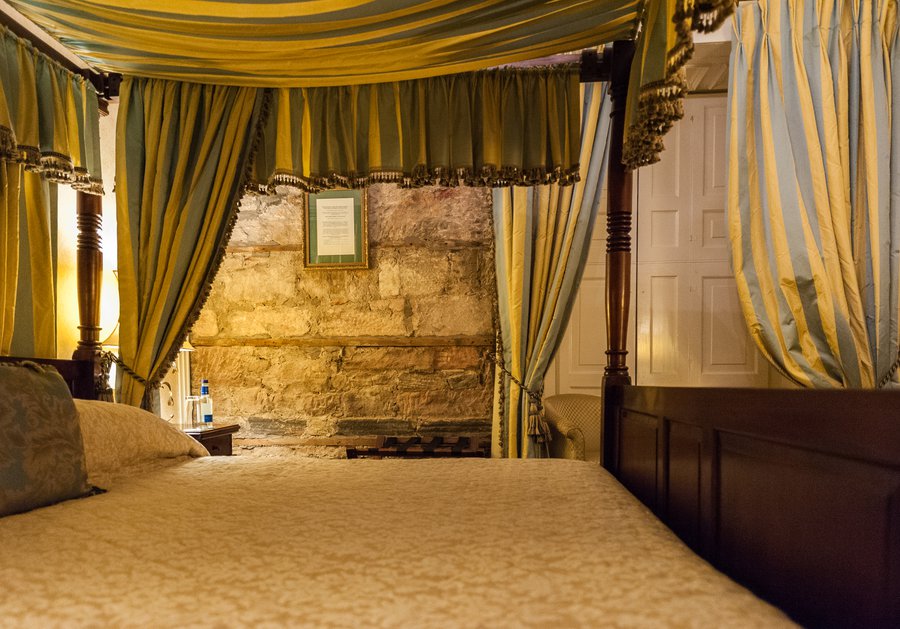 As the heater warmed our room, we made our way to the library, with antique books and chesterfield sofas, leather chairs and a stuffed pheasant.

Admittedly, I was on the verge of tears all night and a bit inconsolable that we didn't make it to Ireland, but there was something soothing about a warm bowl of turnip soup and a cup of lemon tea after the chilling day. It was surreal; he'd told me about this long ago, and here we were. If anyone doubts my fairy-talesque life, I submit this evidence. Let him speak now or forever hold his peace.

Come morning, Walker was exhausted from long-hour studying and still sleeping, so I snuck out of bed and the exploration began. I opened the shutters to look out over the two most stately trees I have ever seen. They must be hundreds of years old, and in Scottish climes, that is something (excuse the glare). 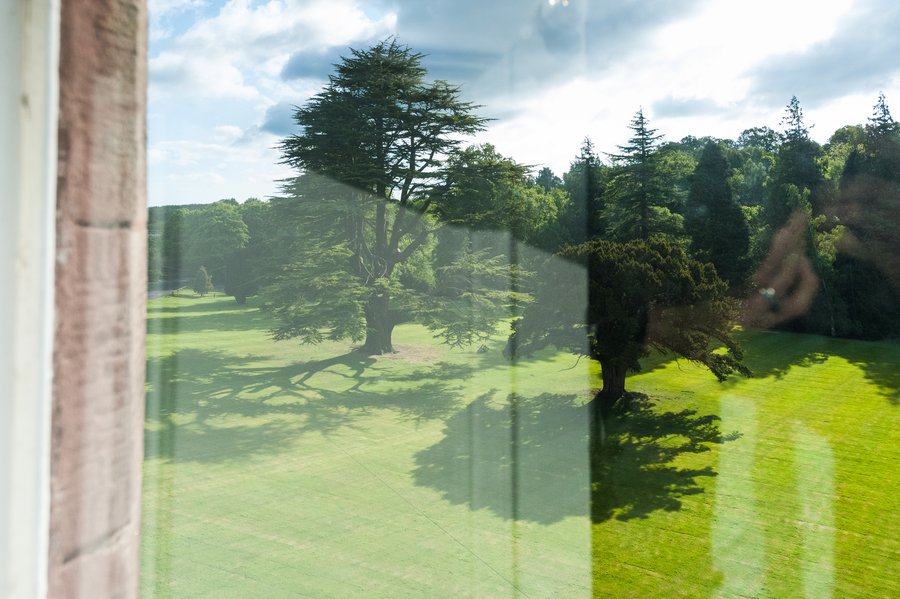 I tried to slip out of our room with my honking old key (the long type with the huge key ring), but, I'm telling you, the noise of that key in the keyhole could wake the whole castle.

I eased down the hall to the stairwell, lined with tapestries and red carpets. It was a dream.

I wandered in and out of rooms, trying to keep the camera snapping to a hush lest castle guards emerge and throw me into the moat (my imagination is a bit pessimistically unrealistic sometimes). I found something that must have been like a feasting room,

and another large, open room. Believe you me, this whole time I was on tip-toes. The doors were open, but there is just something about a big, open castle that exudes a twinge of fear. Plus, the massive key ring hanging from my back pocket didn't help my surreptitiousness. JANGLE, JANGLE. 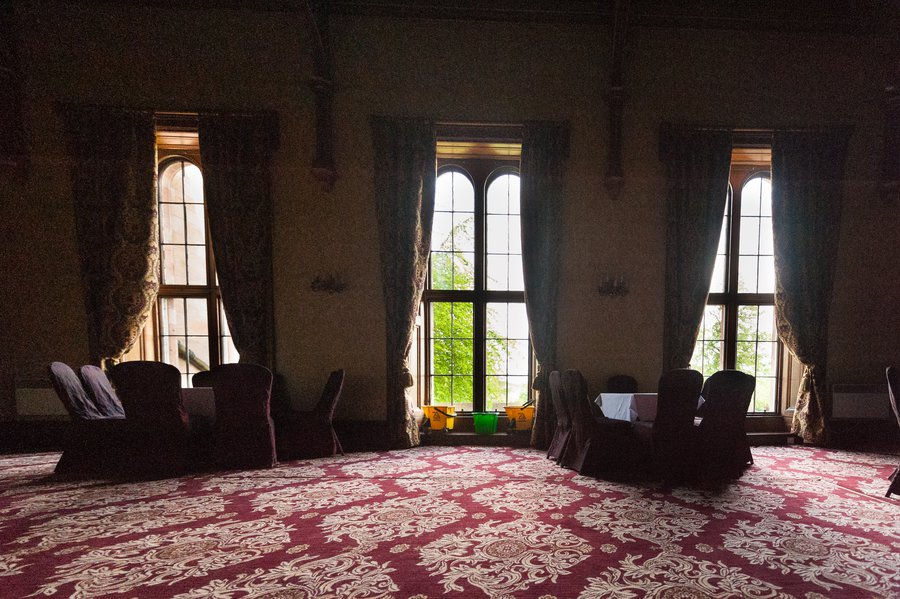 It was awe-inspiring, from the prospect to the vaulting.

I found the chapel empty, but full of music (kid you not, The Entertainer was playing).

I left the chapel and found the entrance, again. I was totalled enthralled by the double staircase; it's definitely been marginalized since the day of the castle.

If I will remember one thing, the memory I will hold from the castle was eating a Scottish breakfast in this glass-enclosed room, watching rain sweep and sweep across this field into the tall woods. It was majestic. We were so high, we could watch it fall so far. (I'm loving everything about Scotland these days.) 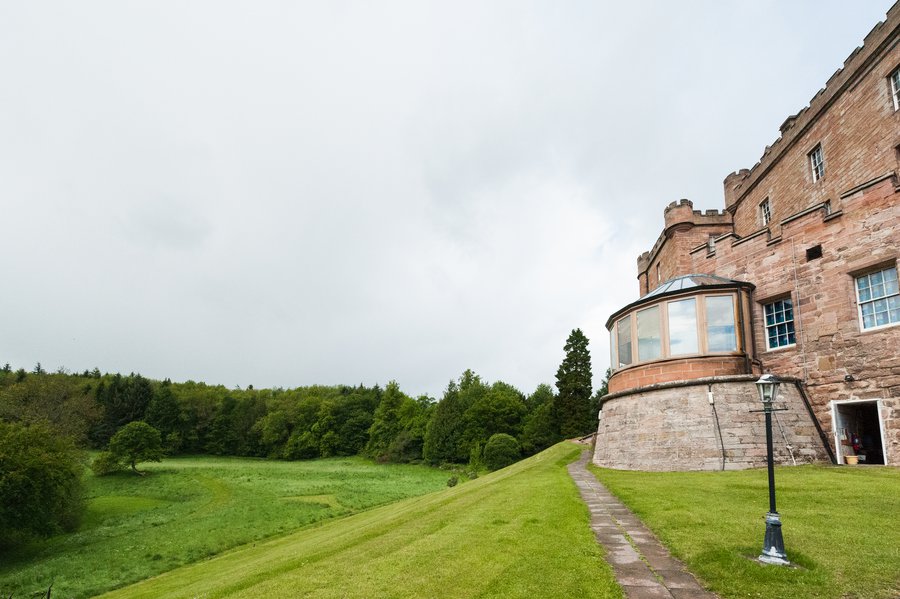 We took a walk around the grounds down to the quarry where the stone for the castle was mined, holding onto each other under an umbrella, laughing at how perfectly Scottish this whole experience was, and trying to keep the camera dry. 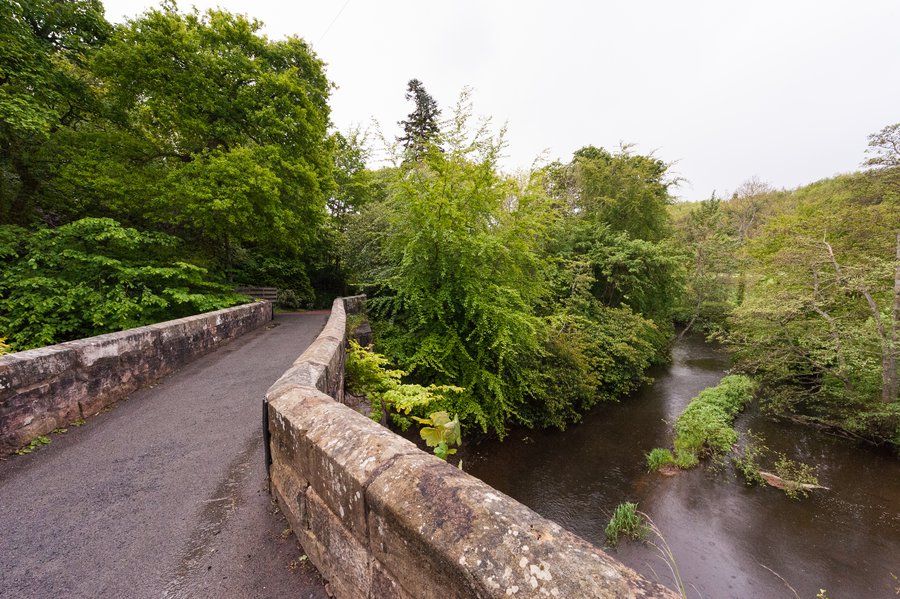 Don't let that blue deceive you: the weather was frigid, and the rain came every ten minutes on the dot. 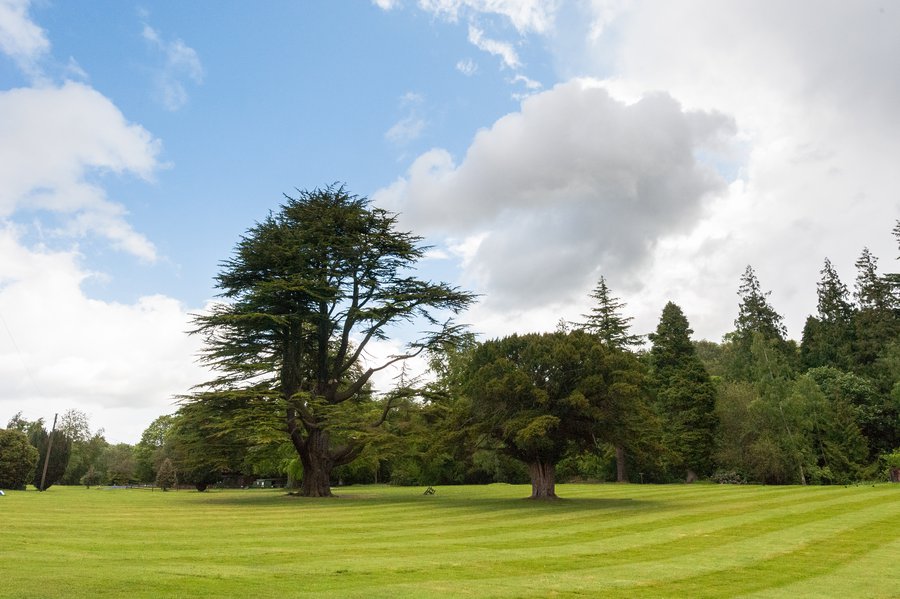 We came back around the castle to find our casement (is that the right castley word?) which Walker's looking up at here. It was a good room.

The winds that blew us in blew us out at mid-morning, still slightly confused about what day it was and how we'd gotten to a castle completely unexpectedly. 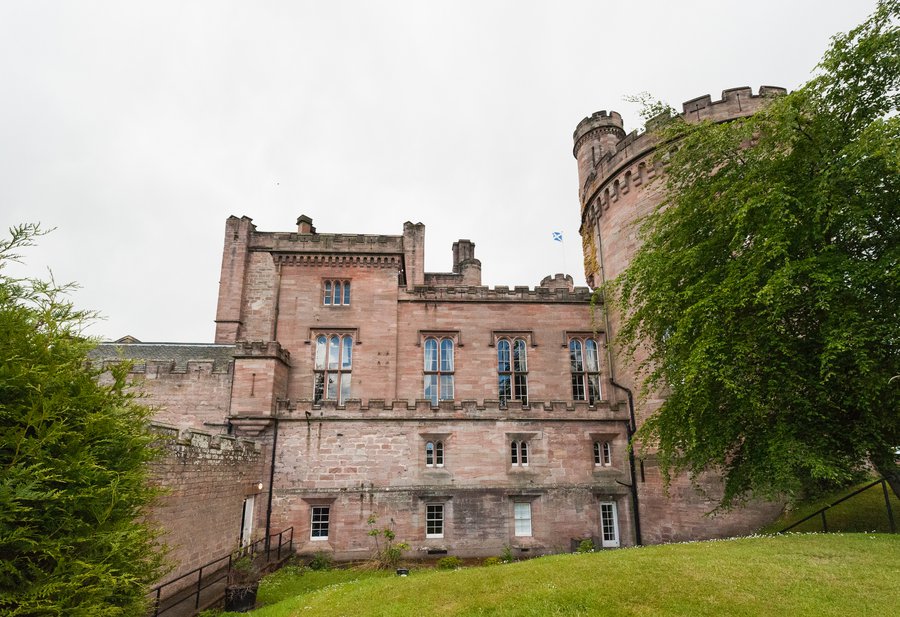 And so the week has held anxiety and disappointment, tears and calm, rest and confusion, and here I am on another drizzly morning, writing about a harrowing day Monday and a magical ending Tuesday. We're still missing Ireland, but thankful we are safe and sound in our wee flat that is home for just a wee bit more. We're off to find our another dwelling in New York tomorrow if the winds blow favorably (and the ash gets a move on). So much of me wants to stay in this castle-bedecked land, welcoming friends in from the bluster and walking along the dunes, but life is moving and I want all of me to go with it. And so off we go, heading to a place that in time we'll call home.