Having never been to southern France, when I imagined visiting Saint-Tropez, I thought of bright beaches and sparkling sunglasses and navy blue bathing suits. But after a  6½ hour flight direct from NYC into Nice and a quick drive, we arrived in a town that I can only describe as quaint, quiet and pristine. 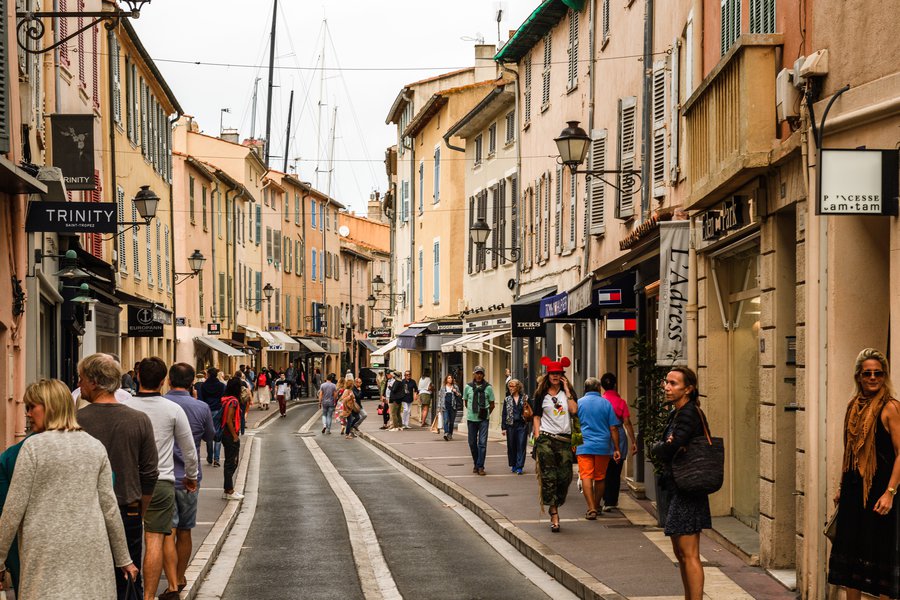 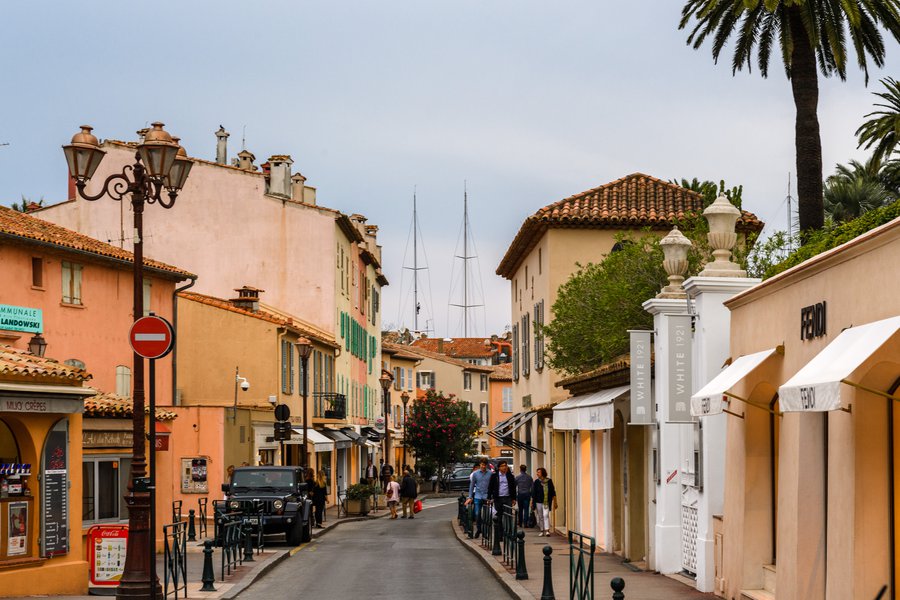 The pastel buildings were painted pale colors, as perfect as a fresh box of chalk. 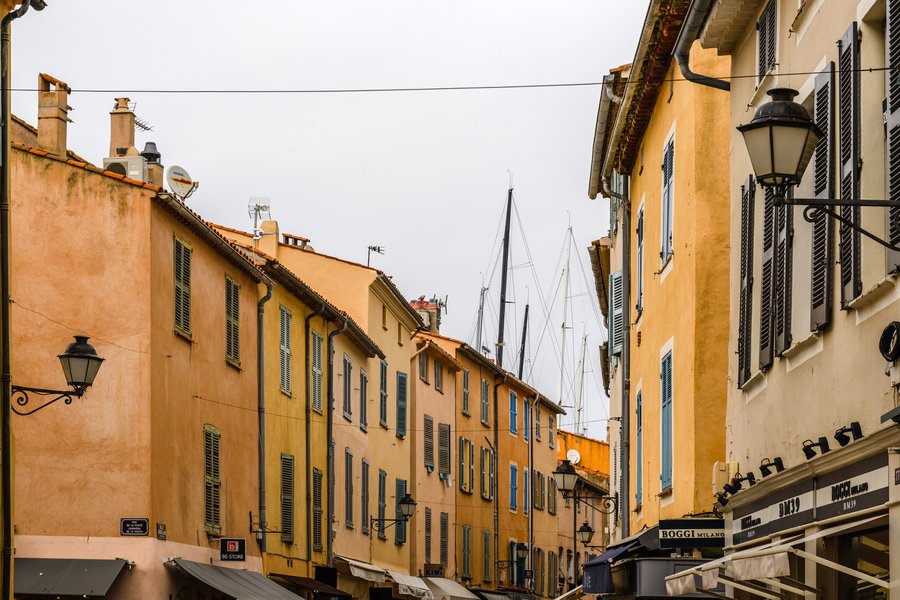 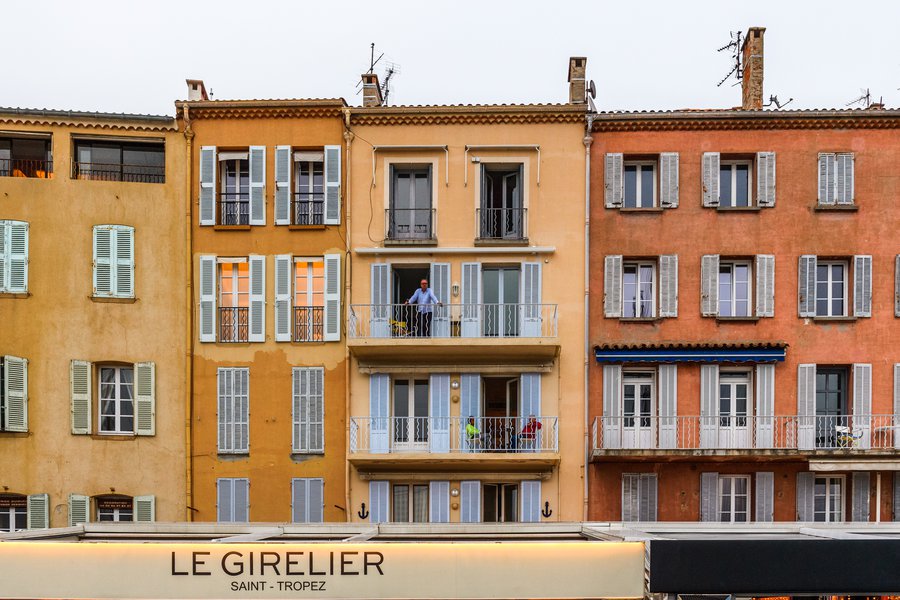 We learned from a waiter, after pronouncing it phonetically for months, that the real pronunciation is San TroPAy. 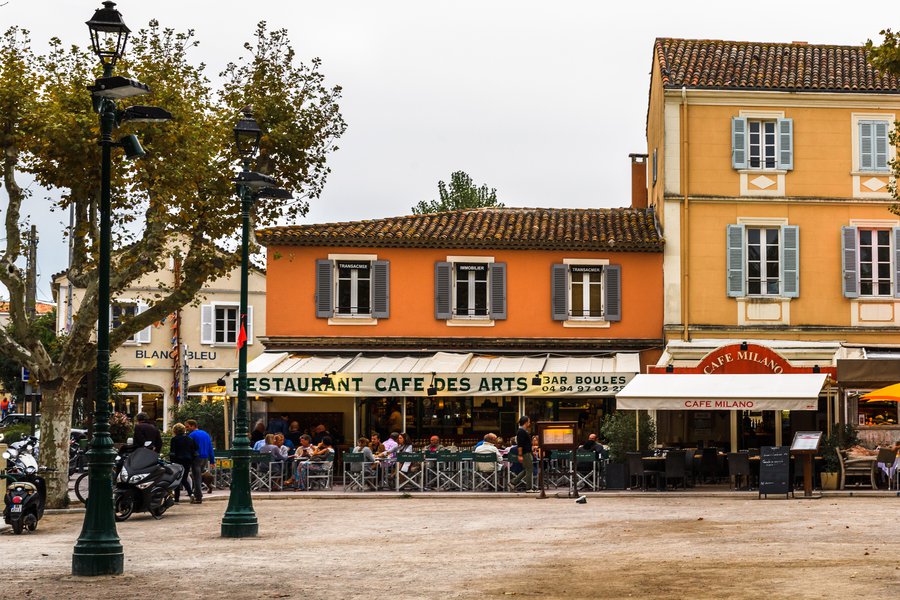 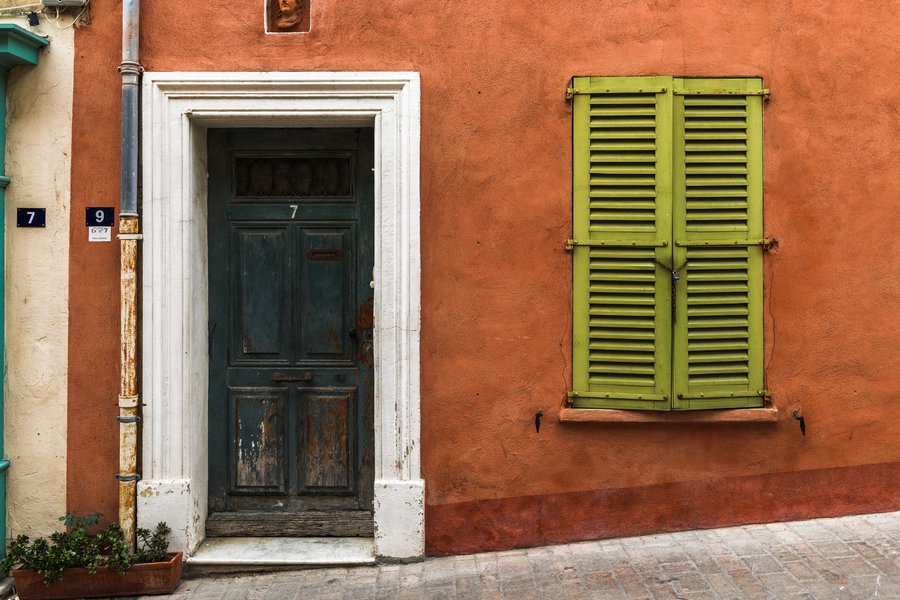 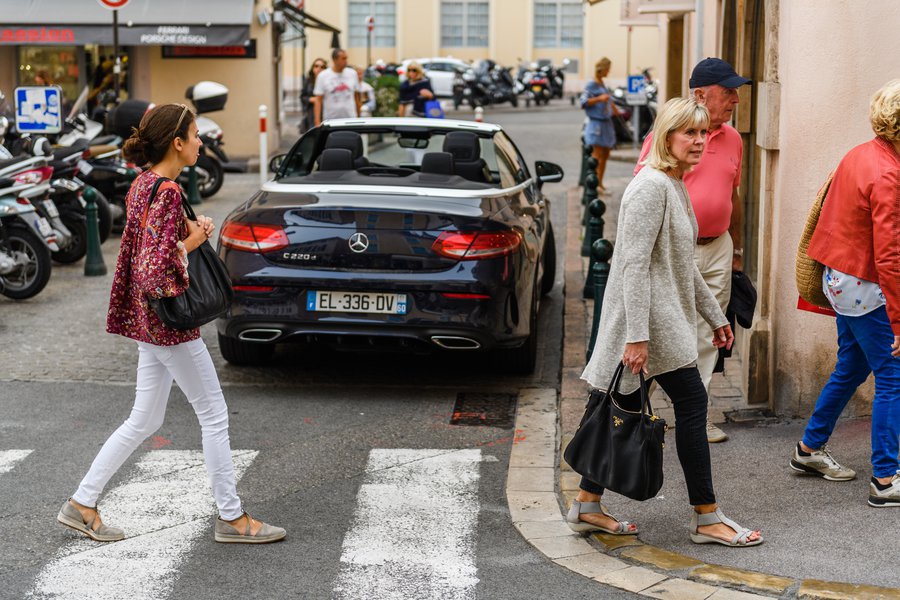 We pulled into this lovely town, as understated as can be imagined, and right into the carport of the Hotel de Paris where the magic began. The lobby was as sleek and shined as the top of a grand piano, and they served us the sweetest, bright orange juice I've ever had. Creamsicle dreams are made of this. Anyway, the hotel was right in the center of town and only about a 5-7 minute walk from the harbor--and we absolutely loved it there. (They also had a delicious breakfast with pillowsoft omelets!). Here's our hotel's balcony overlooking the terra cotta town. 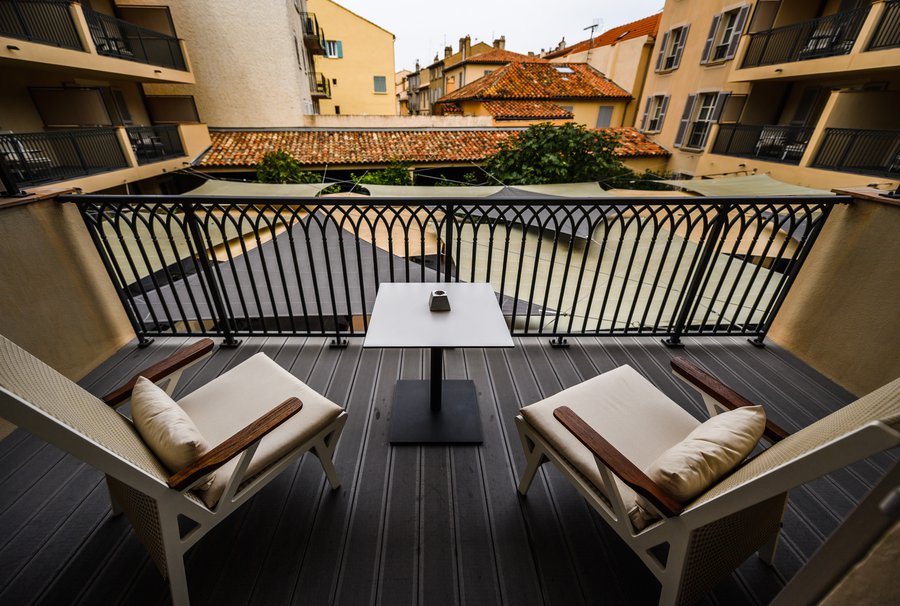 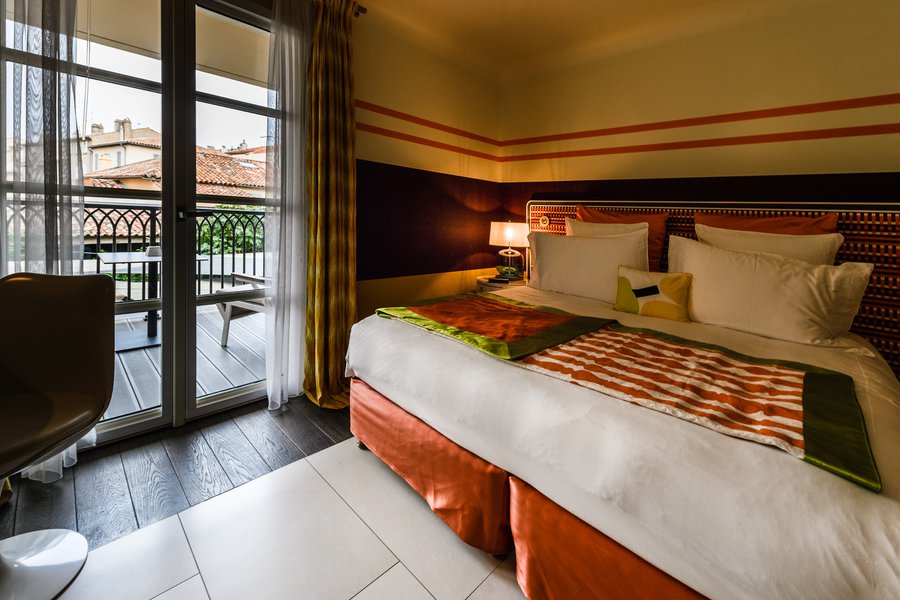 True story: we were all jetlagged one morning and missed breakfast, so Walk and I went to the local grocer, Monoprix, across the street. It was about 50 degrees in there, the whole store felt refrigerated, but we managed to buy a package of emmentaler cheese despite our cold fog. Sat on the balcony and downed slice upon slice in one sitting, before heading to brunch. Where Walker got a huge veal steak. The point is, we loved this hotel and the service was fantastic. They even dry cleaned my jeans after a waiter accidentally spilled champagne on me. 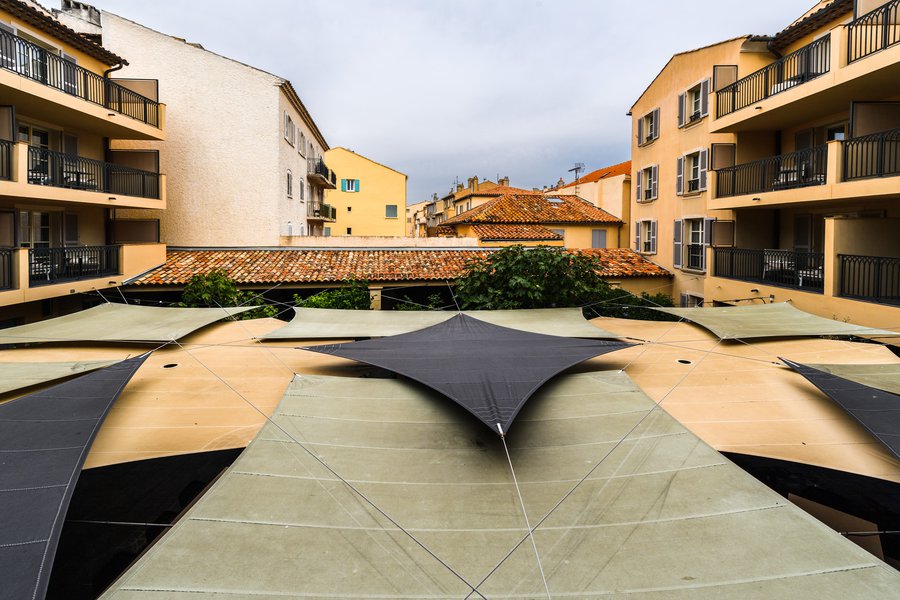 Here's the view from the roof, which boasted a pool and bar, with the same divine orange juice. 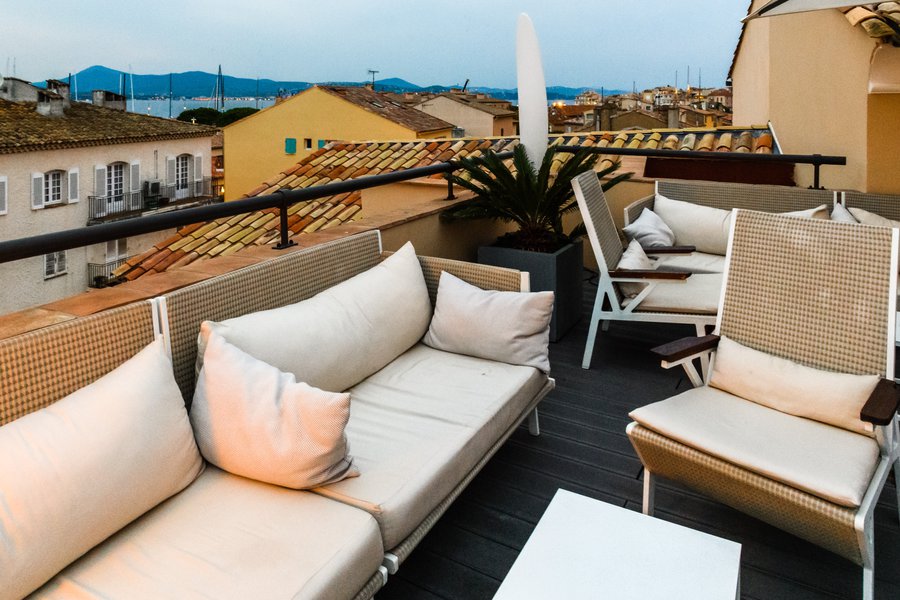 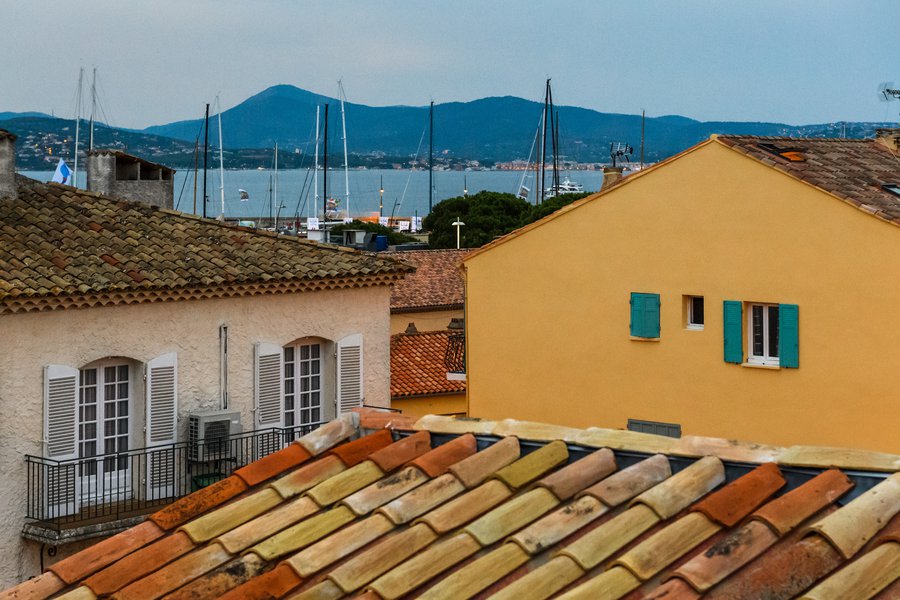 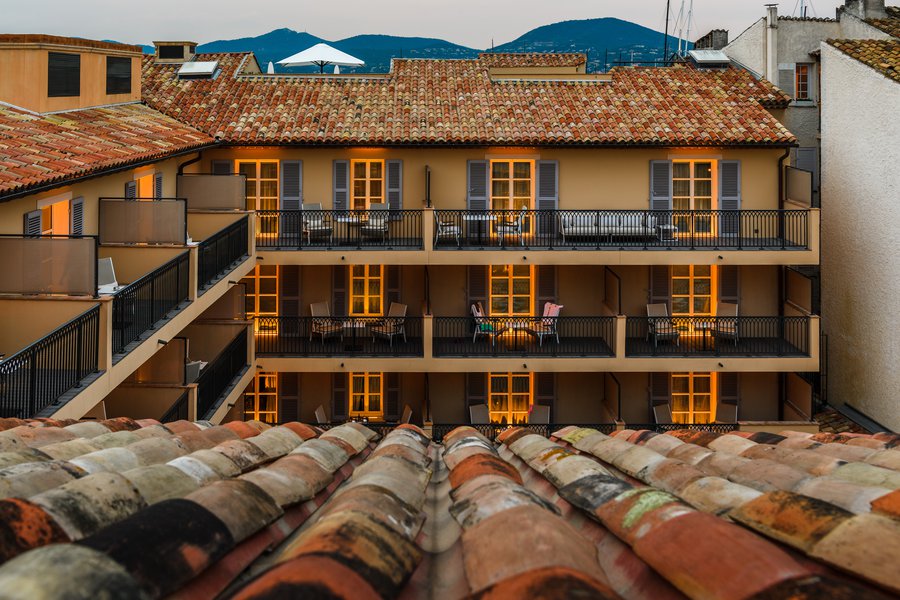 The town was lined with elegant shops from Chanel to sandal stores, and very upscale. My favorite thing about staying in Saint-Tropez was looking into the windows and down the thin cobbled streets. Everywhere felt like the Beauty and the Beast village. 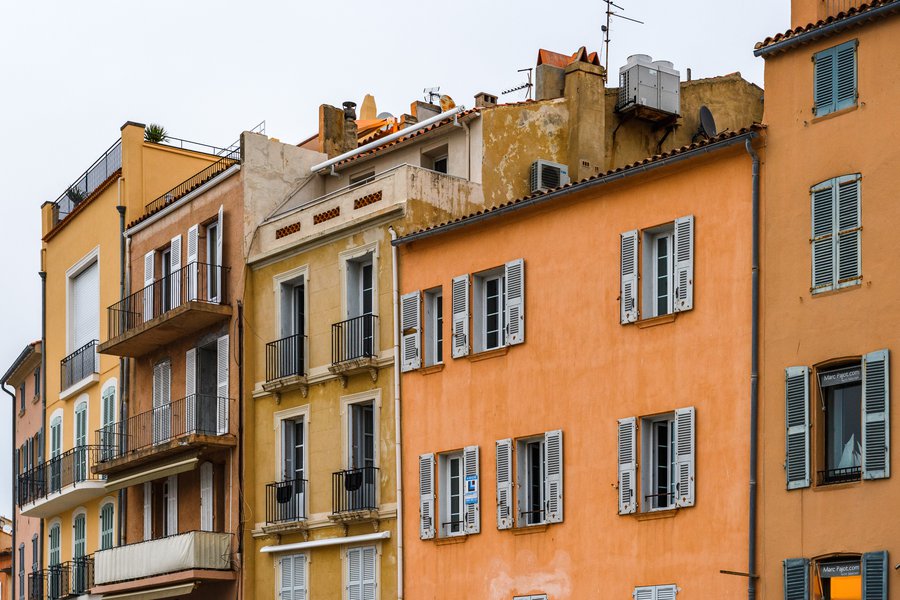 This is, in fact, the Dior cafe! 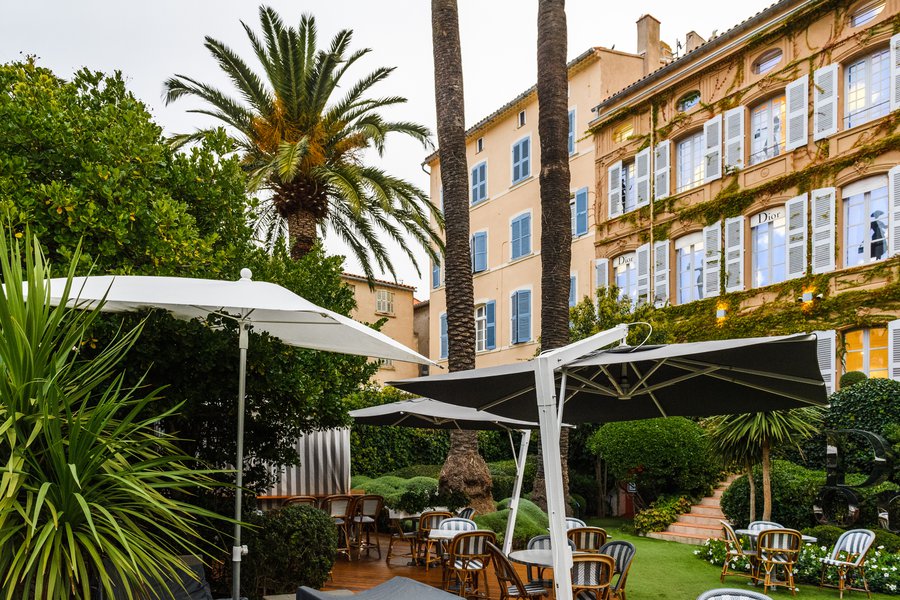 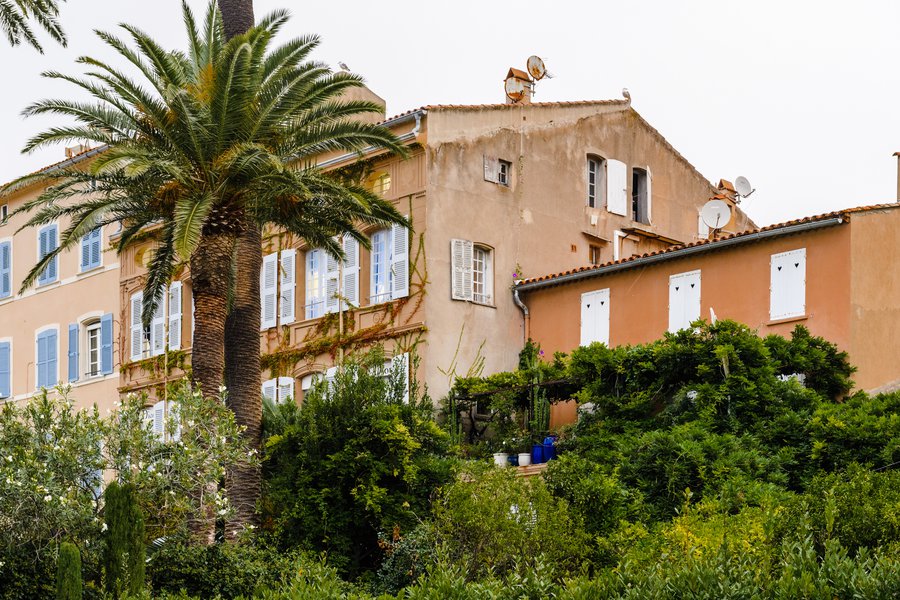 From our hotel, it was a quick walk down to the harbor where, in a fun happenstance, the Les Voiles de Saint-Tropez regatta was in full sail. We'd stand by the harbor eating the most delicious yogurt gelato from Barbarac, watching gallons of soap suds clean the stained wood decks of the boats. There was even a whole temporary shopping village set up near the harbor just for guests of the regatta. Such a scene. But really, the gelato was the best part of the scene. 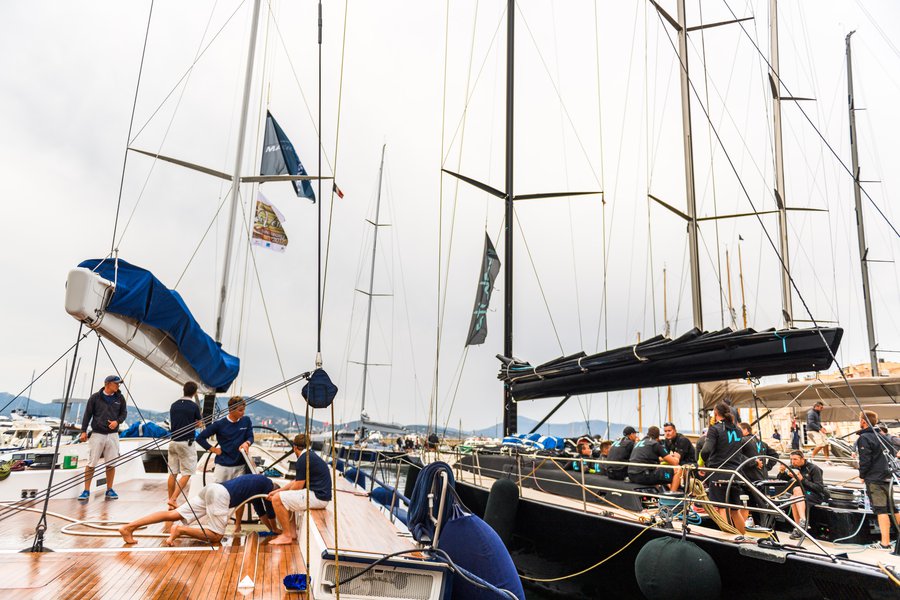 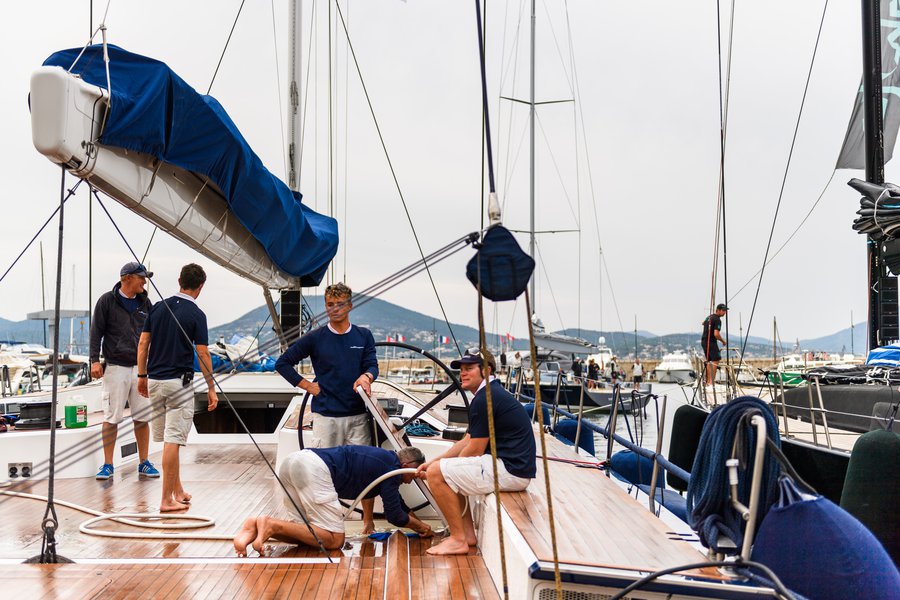 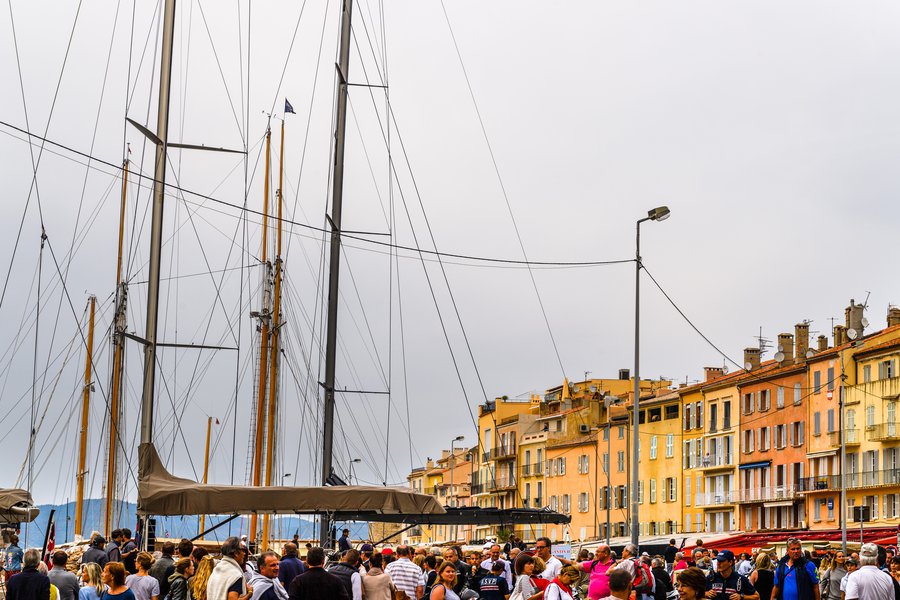 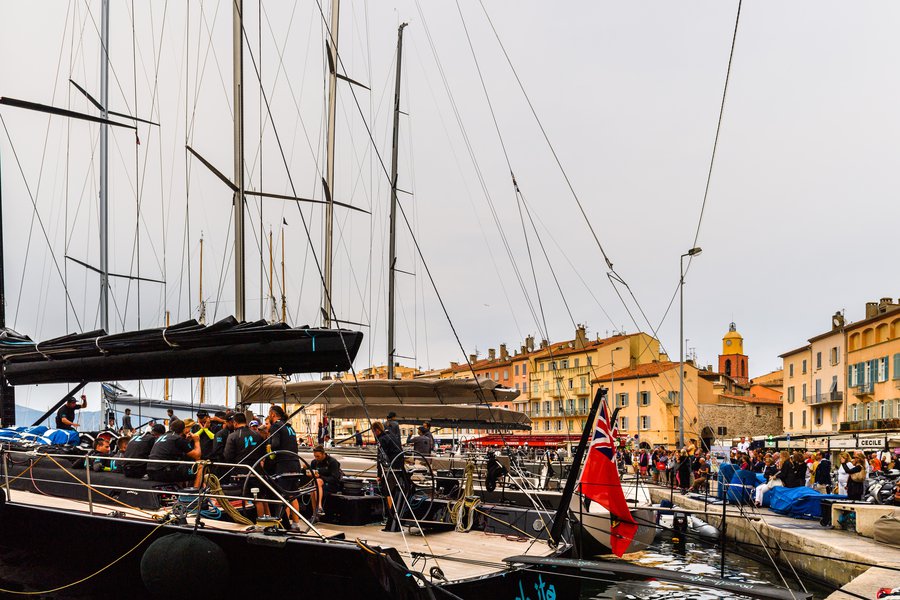 We had two dinners in Saint-Tropez. The first was at Au Caprice des Deux, a local spot up a hill that we found through FourSquare. The experience felt very French: briefly curt waitress, who slowly warmed up, billows of cigarette smoke through the small open windows, ancient walls a foot thick, and when I ordered cheese for dessert, my plate came with two sides: a slice of butter the size of the cheese and a salad. 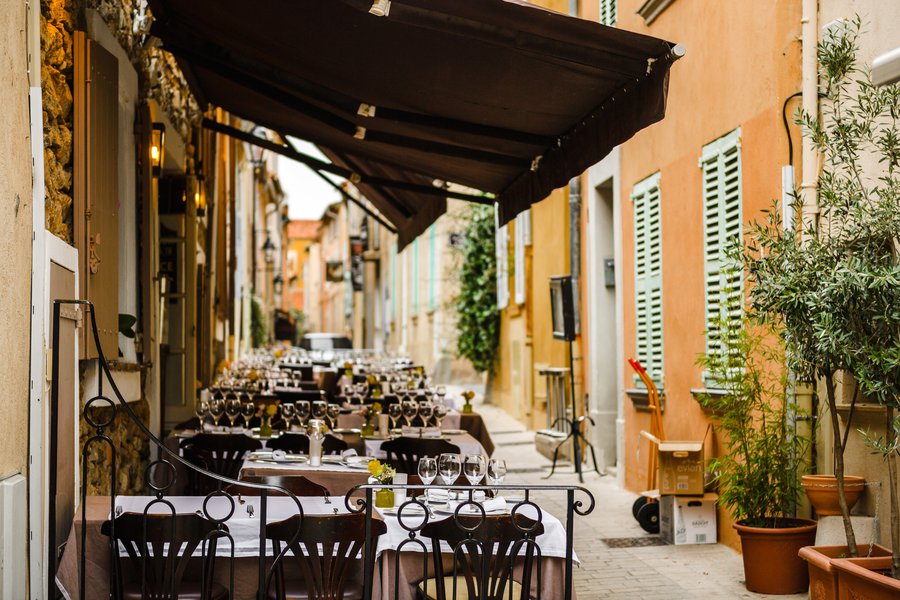 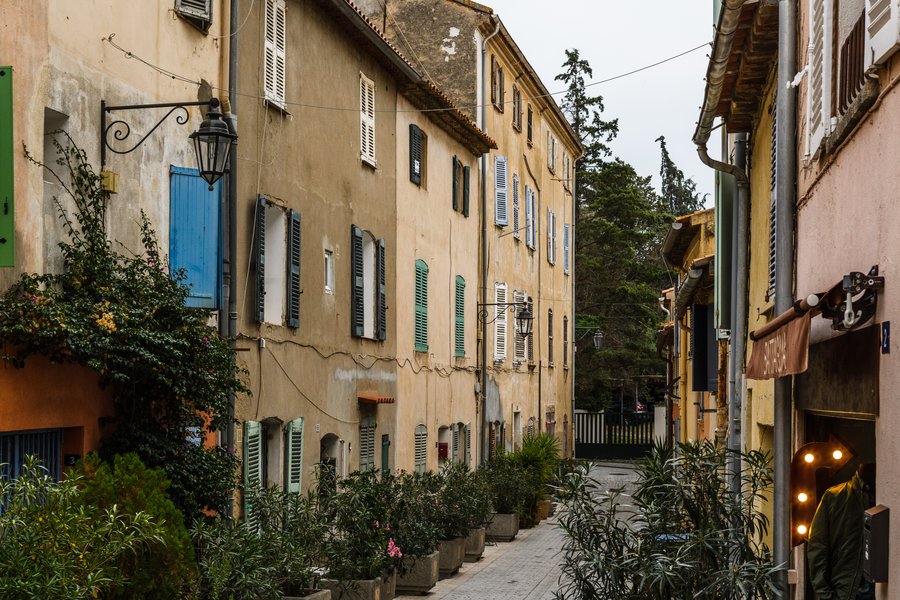 The most extravagant meal of the trip was at the three Michelin starred Vague D'Or, and it lived up to expectations. Each dish was intricate and full of local flavors: bright tomato reductions, sweet oysters and that caramelized mushroom stock that tastes like everything good about France.

We also had a coffee at Bar du Port right on the harbor and Le Senequier, for the aforementioned breakfast veal and the most decadent truffle omelet with so many truffles it was nearly crunchy with them! 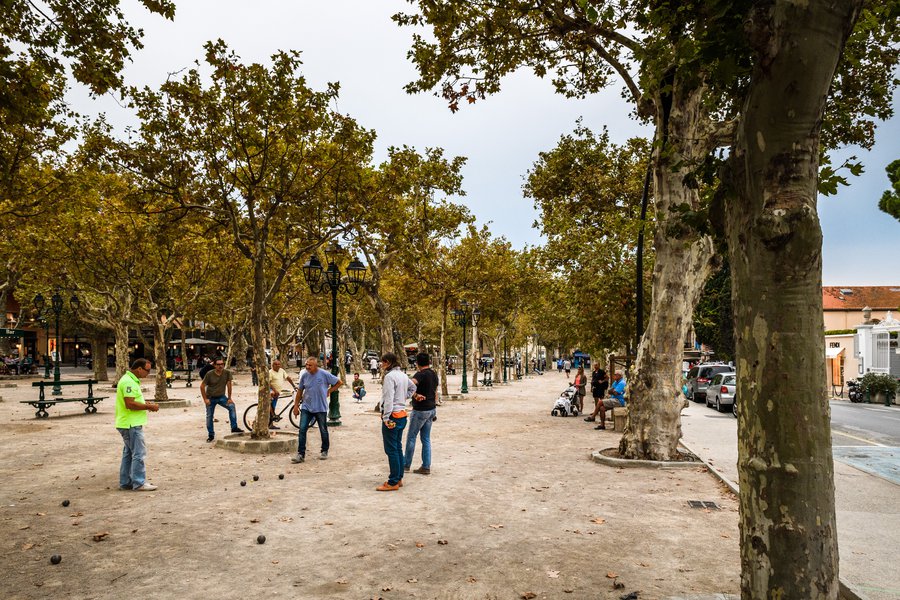 Such fun to roam the streets and watch the bocce players in the square, the calm way of life that is absent in America's hustle. 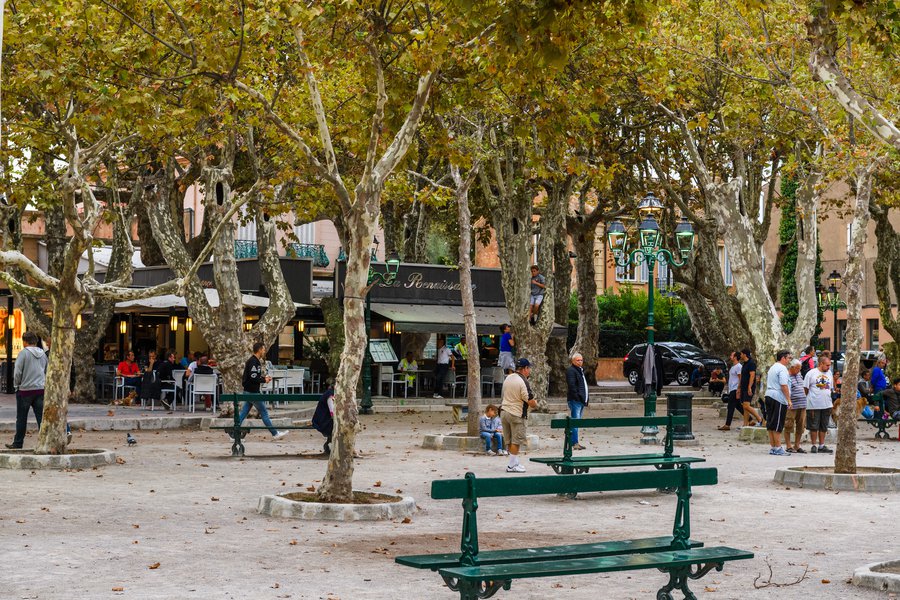 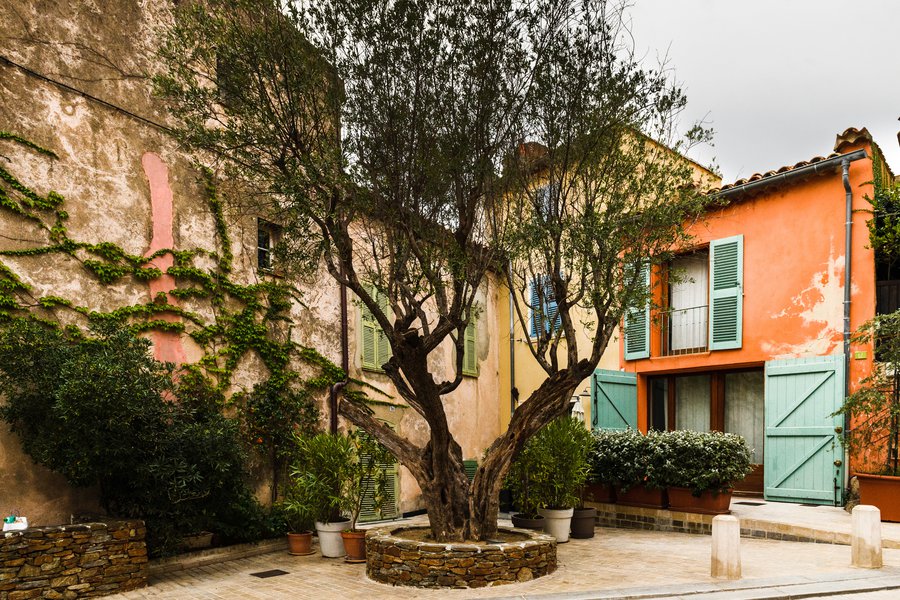 I should also mention that visiting Saint-Tropez really was a huge treat as it was massively expensive. Coffee and a juice was nearly $20 alone, and I do believe Walker and I both said about 20 times that the prices in Italy seemed so cheap in comparison. But I guess when you look this good, you can charge what you will. 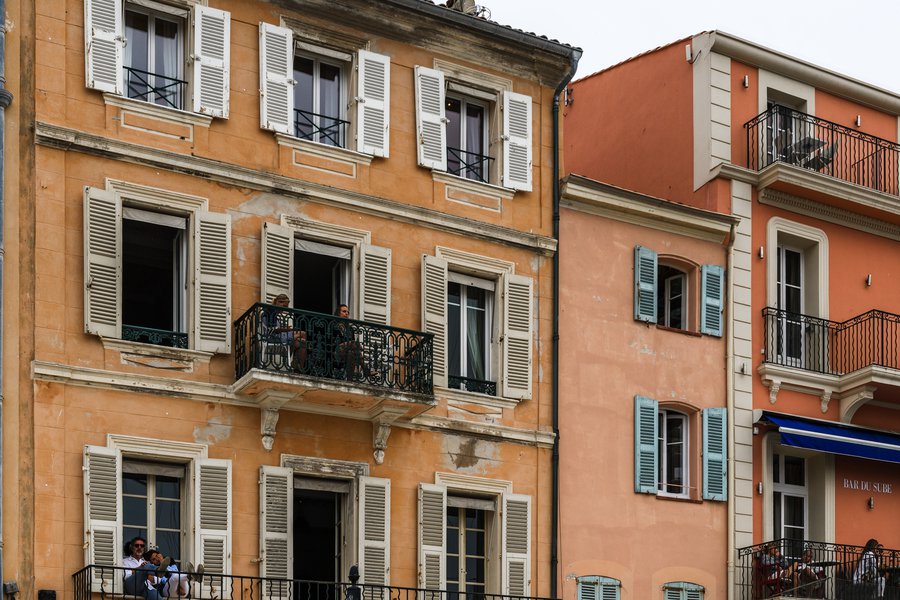 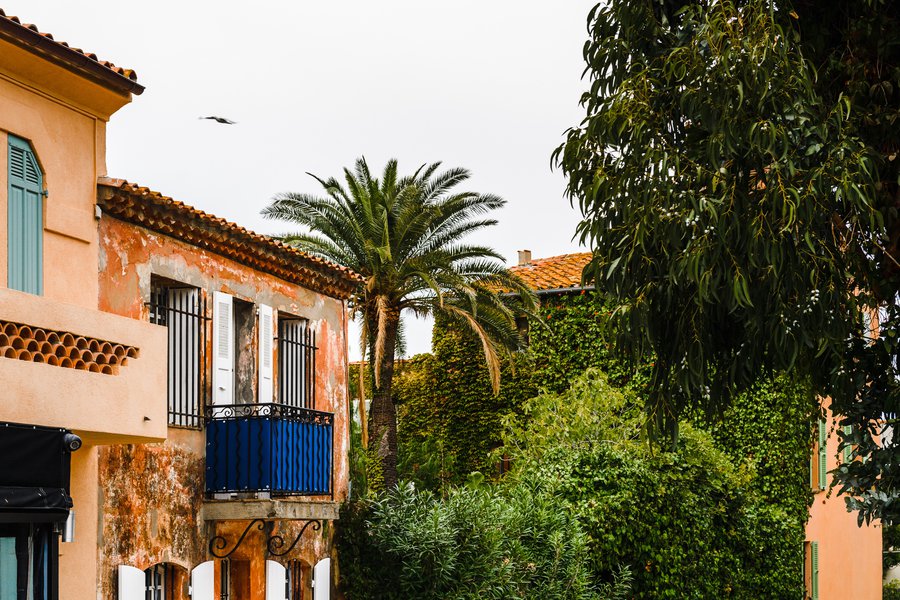 The colors and cool sea mists of Saint-Tropez were a brilliant starting point for our exploration of local villages and the rest of the French Riviera. 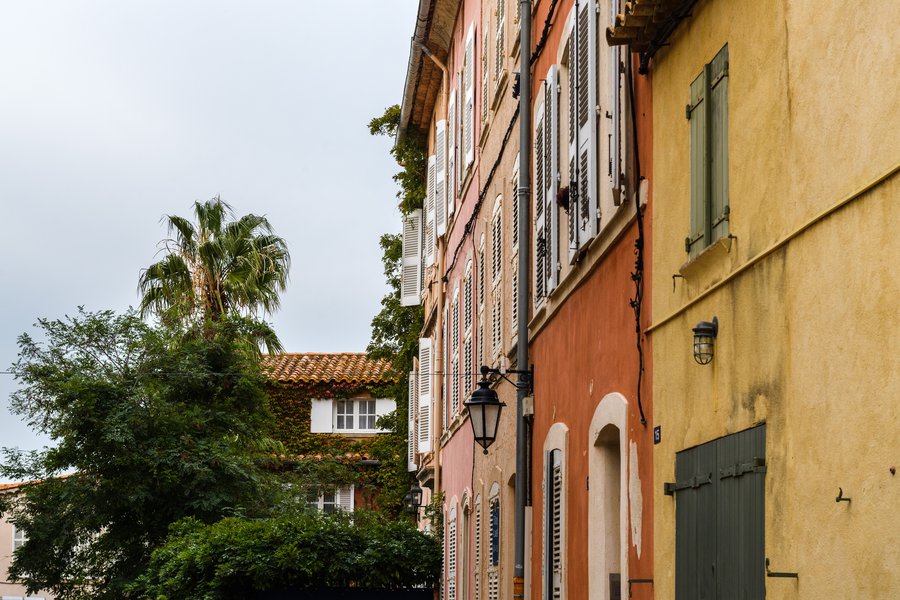 We absolutely loved Saint-Tropez's small town feel, and would love to return for a long stay someday. 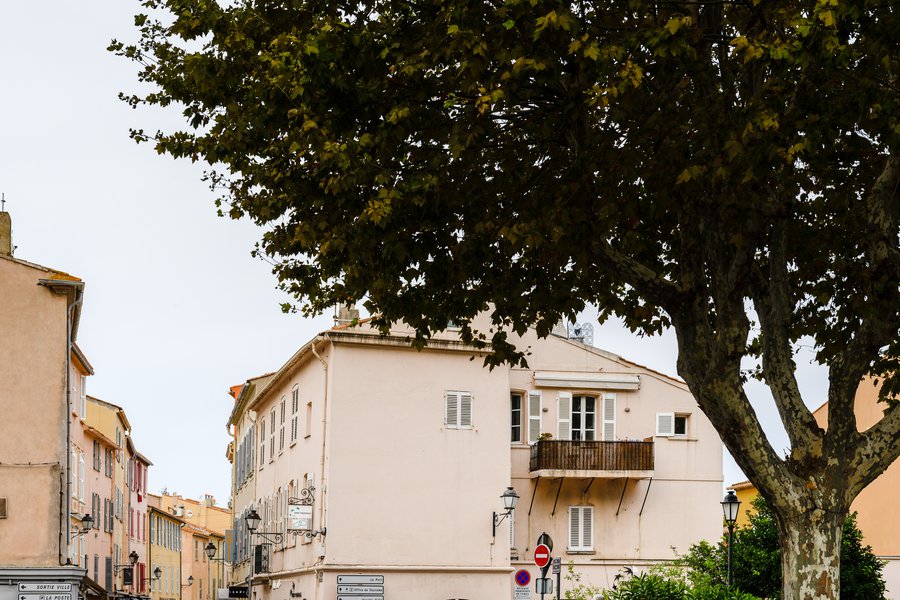 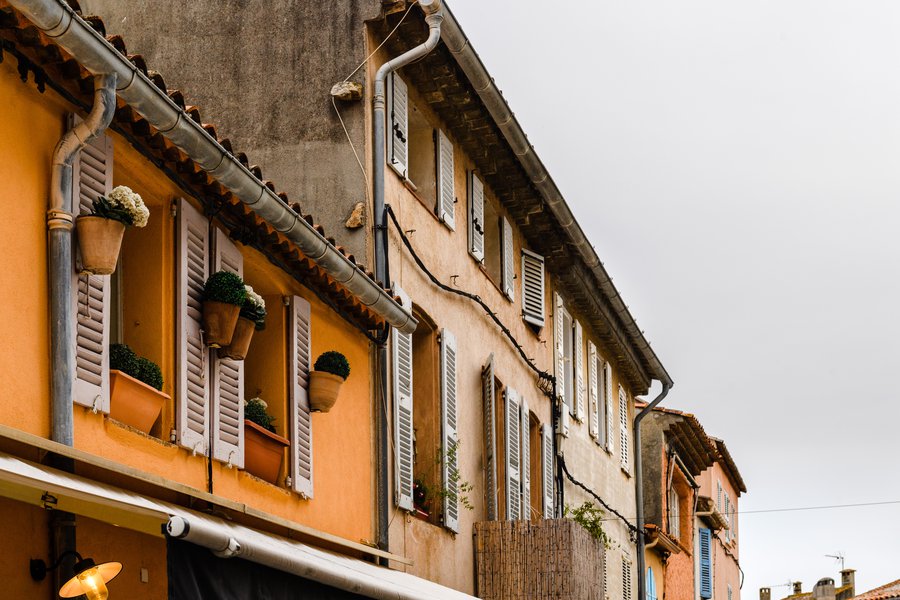