From Saksun, we drove on to the island to the east, Eysturoy, and wandered through the village of Eiði (car wandered, that is. It was misty and windy so I enjoyed the panorama from inside), 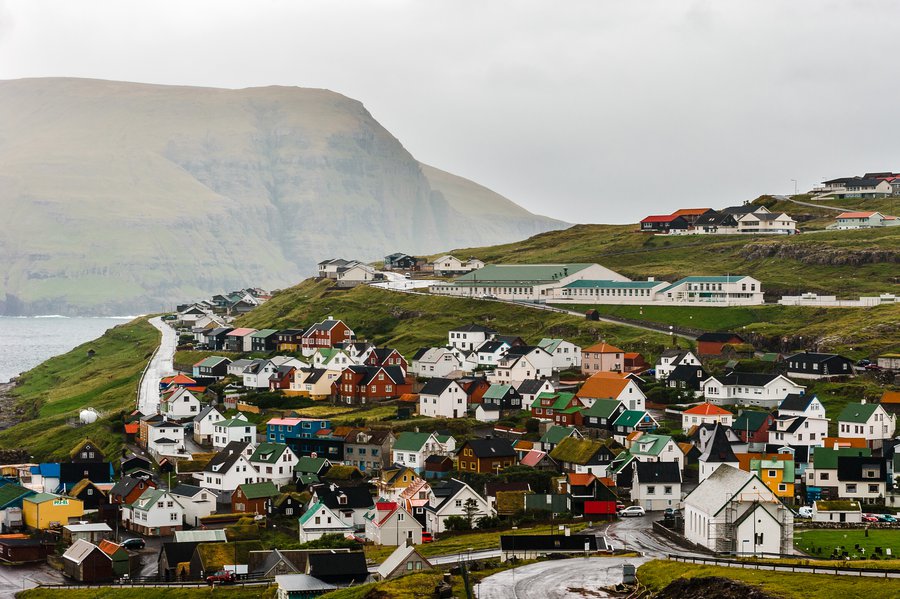 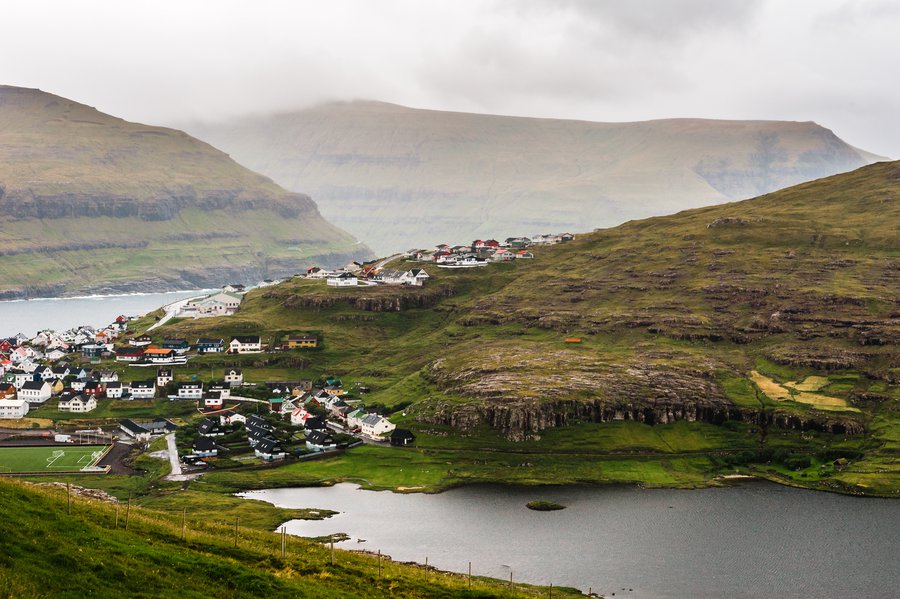 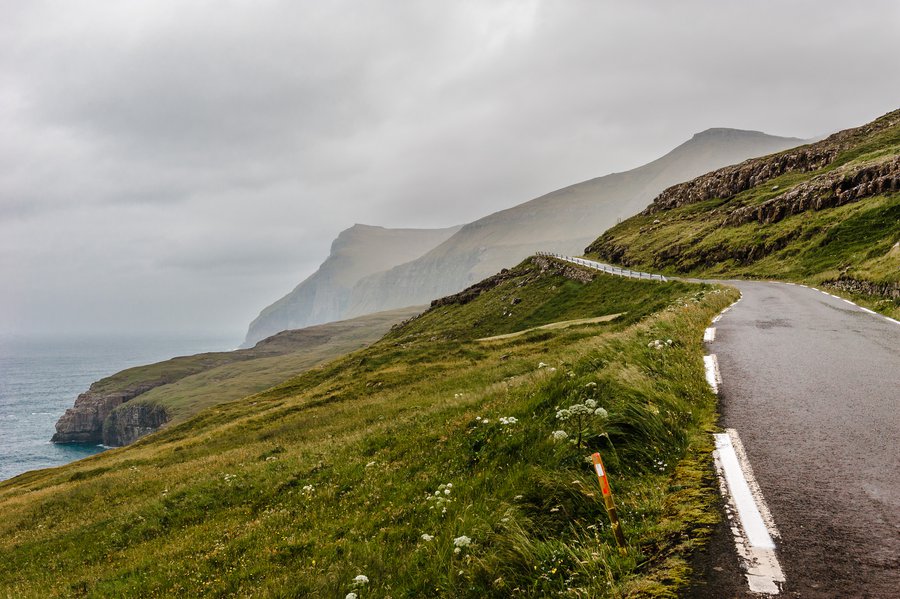 and then we were on to one of the most scenic stops on the trip, Gjógv. 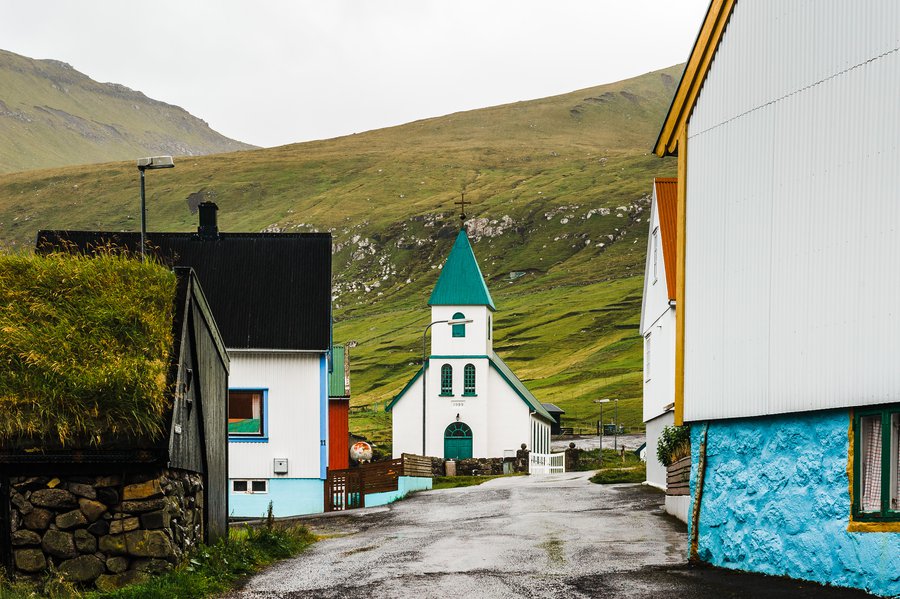 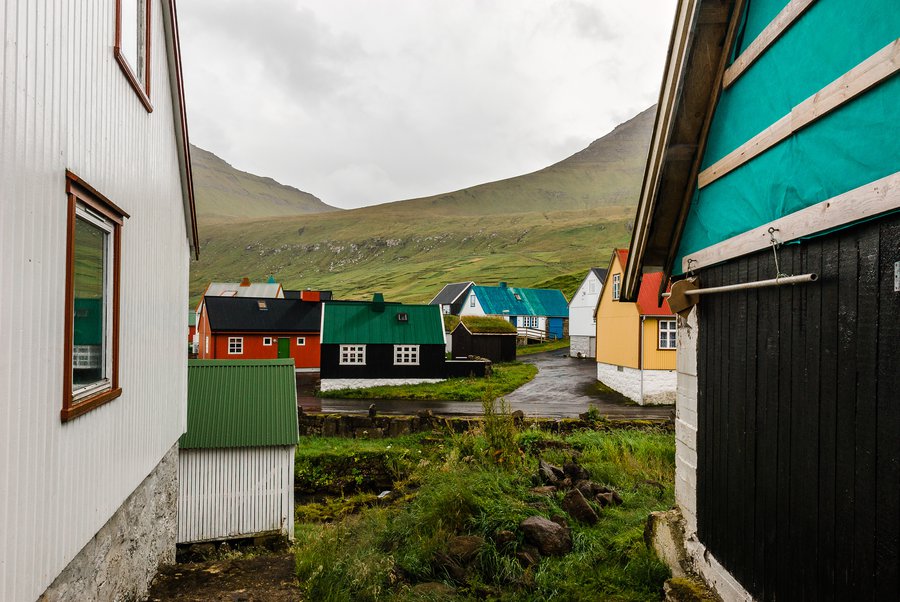 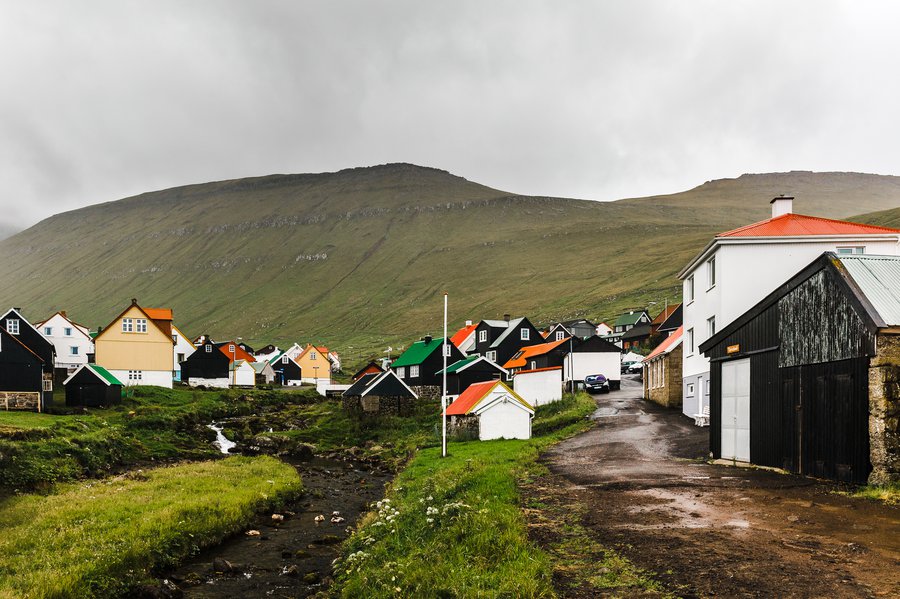 We ate lunch at the Gjáargarður Guesthouse, watching the mist dampen everything. And after lunch, when the rain was steadier, Walker pulled on his hood to snap these. I waited in the car (a theme on the Faroes) and watched the most amazing situation. At exactly 3pm, an old gentleman came out and unlocked a dumpster that was next to where we were parked. Within the next couple minutes, a few others came down and put their trash in, and then a couple minutes later, the gentleman came back and locked it up. I guess that's the week's trash collection! 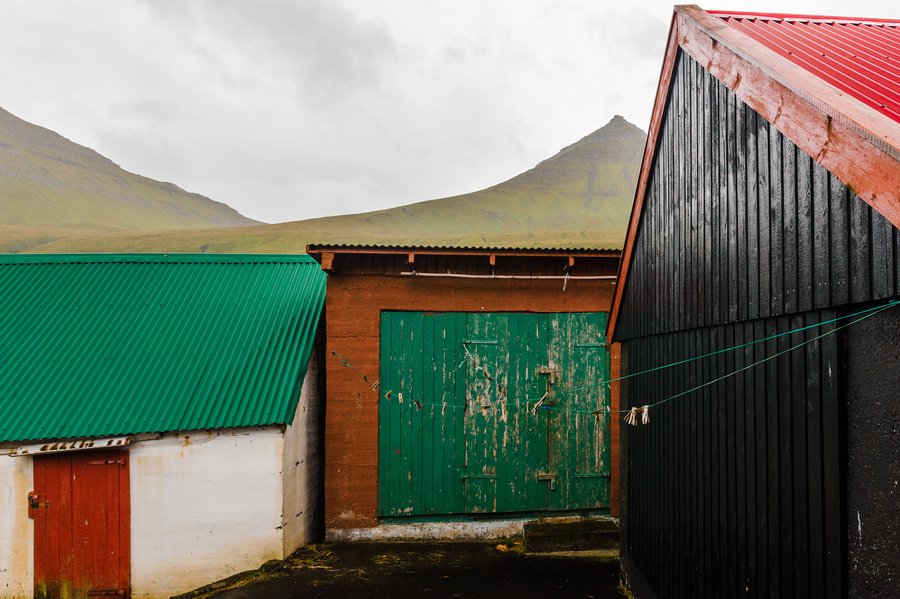 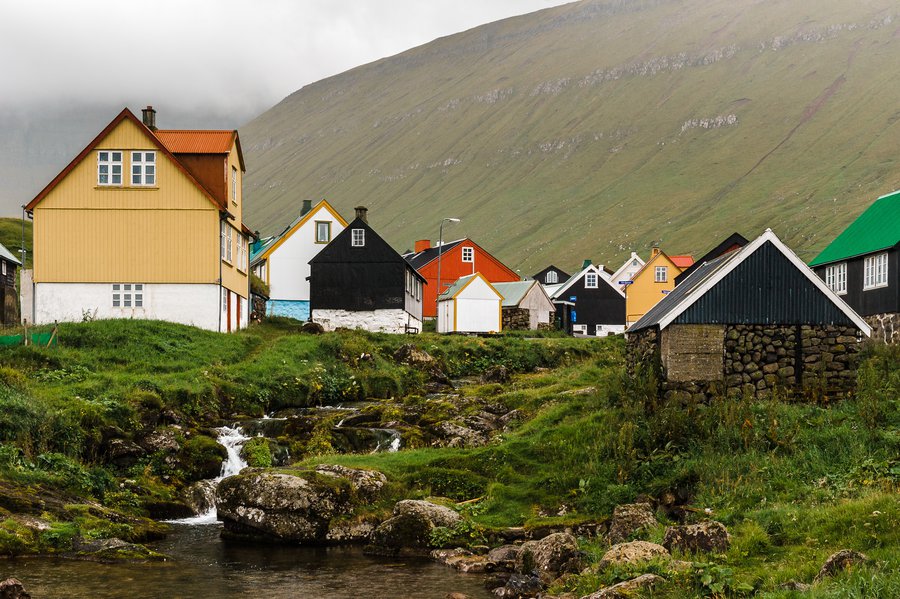 The winds spent the afternoon battering the waves onto the rocks, which I can only imagine is the norm. 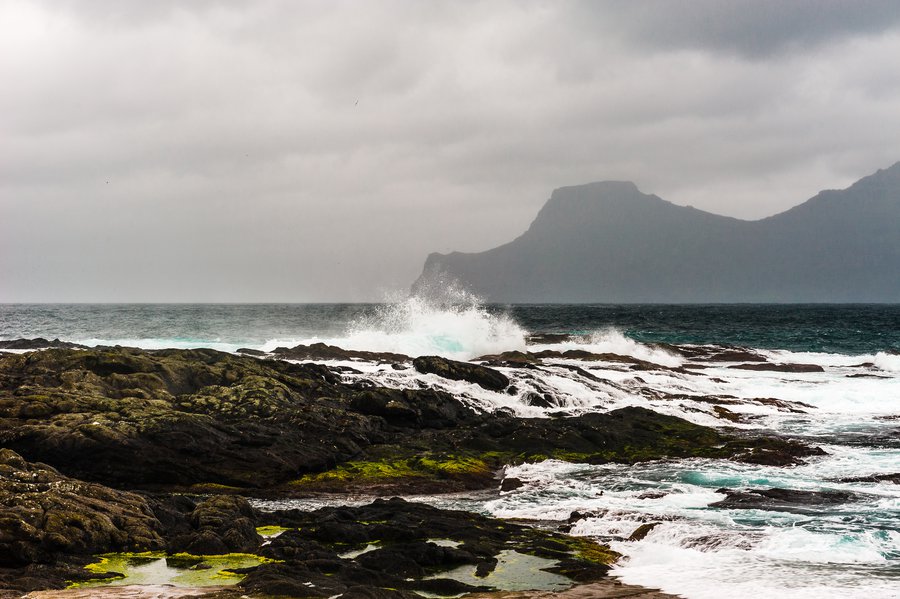 After a bit of a drive around Eysteroy, we headed back to Streymoy for a few more stops, 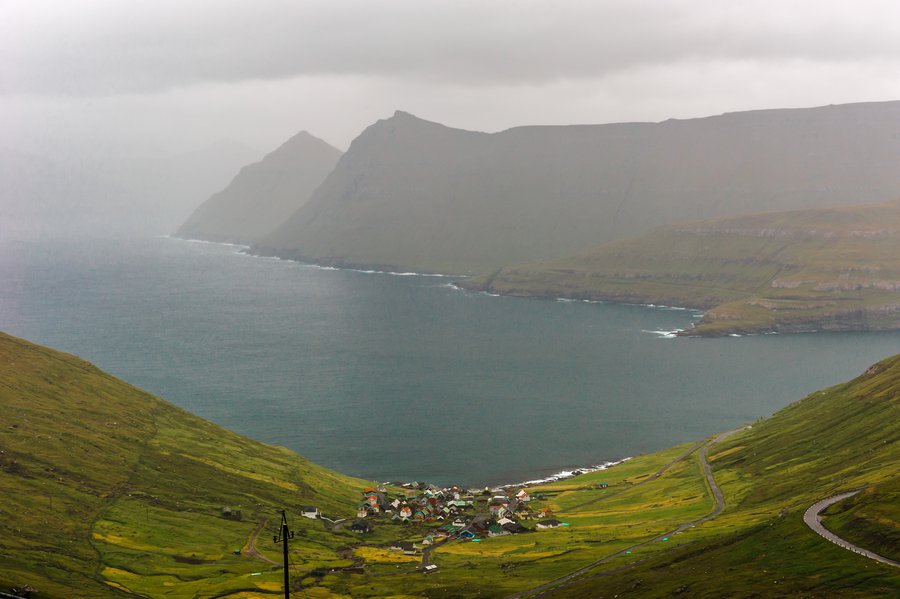 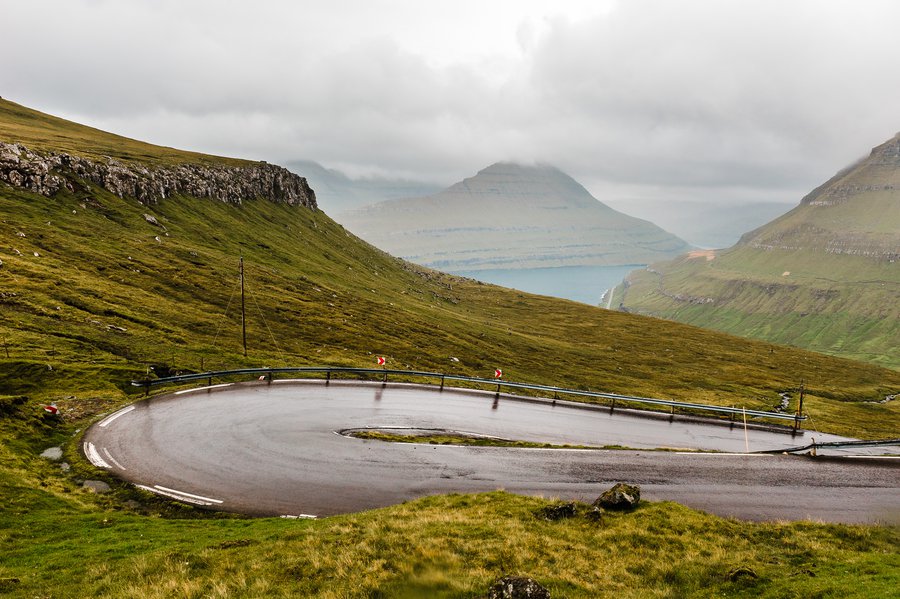 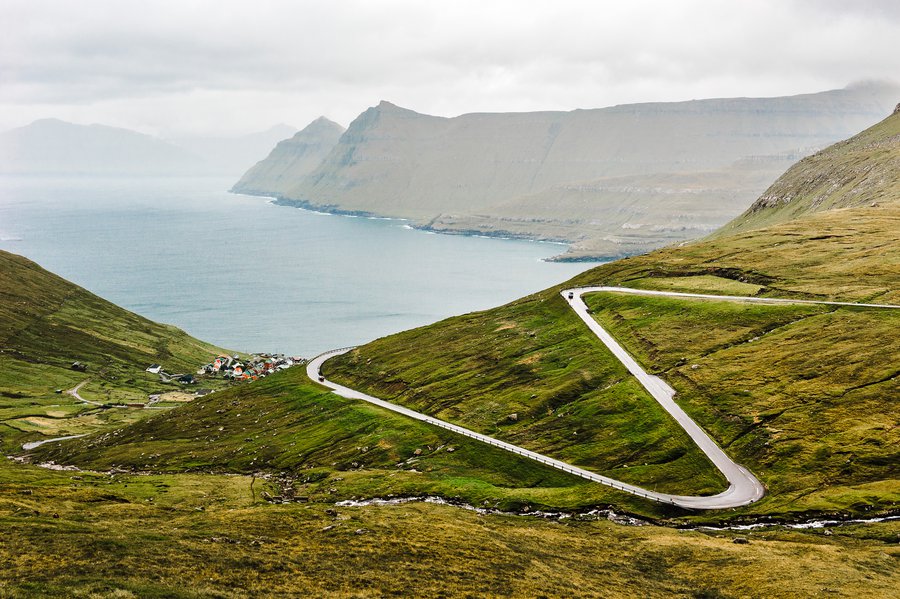 including Haldórsvík with its octagonal church 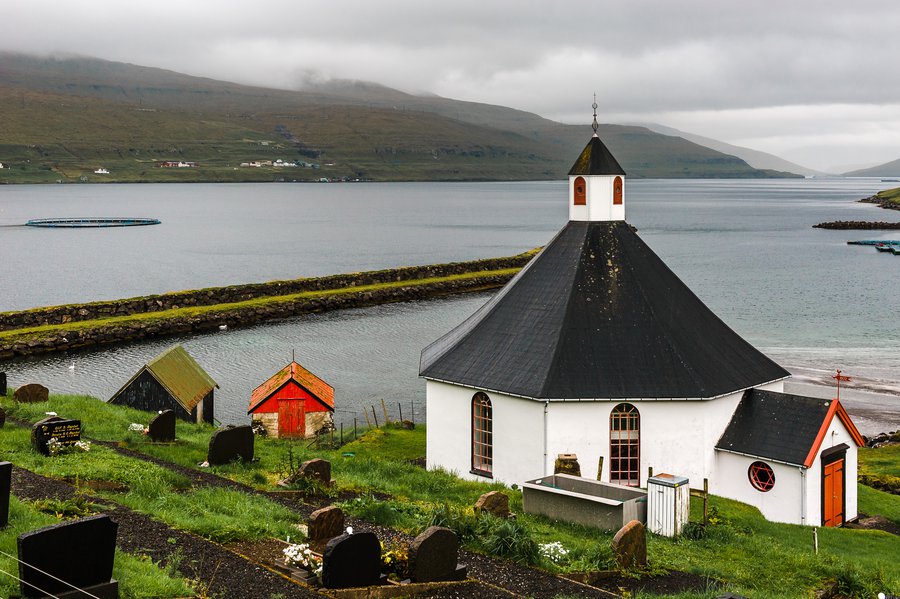 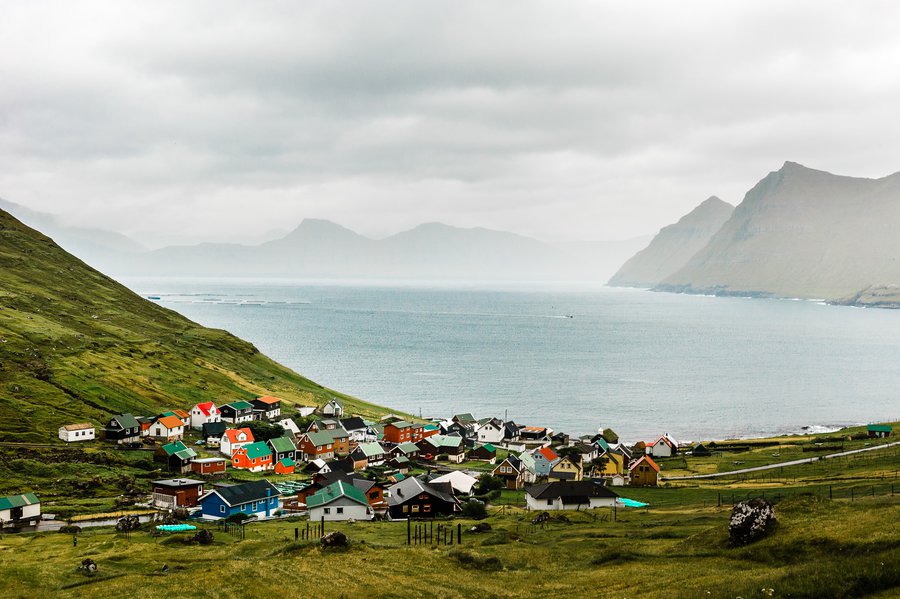 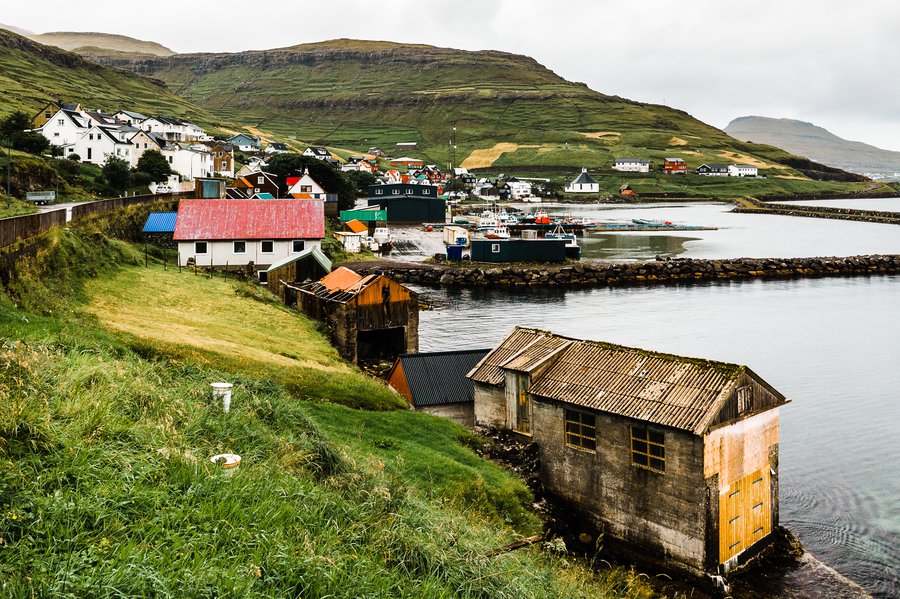 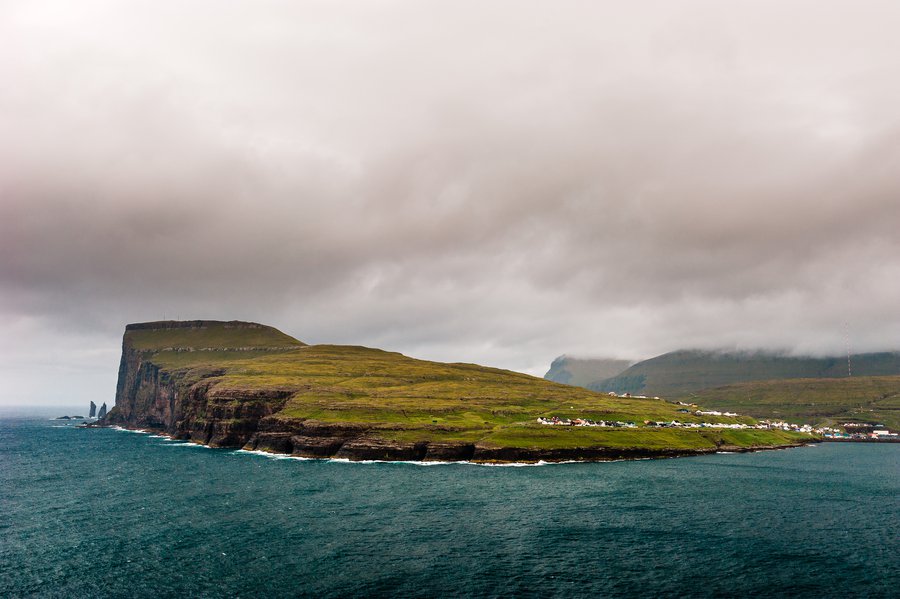 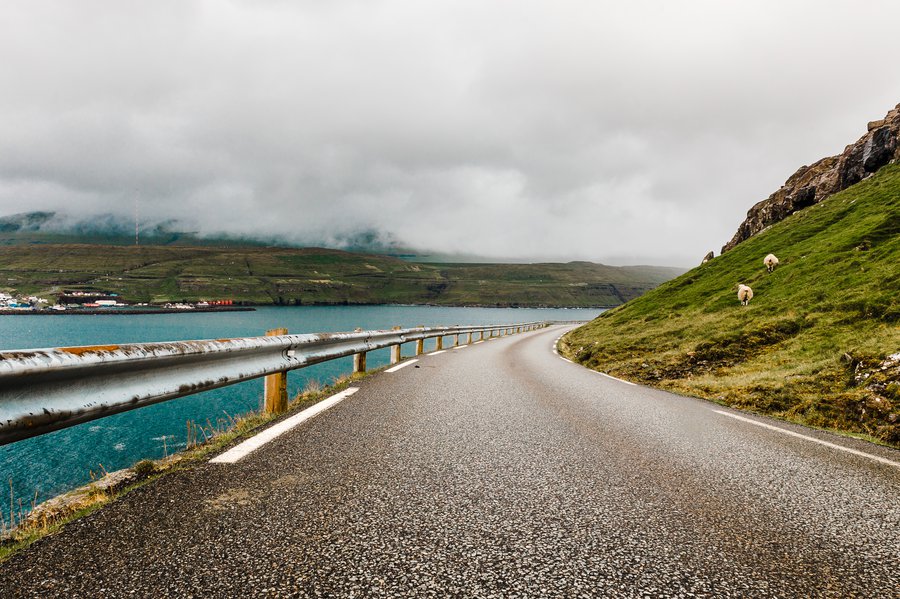 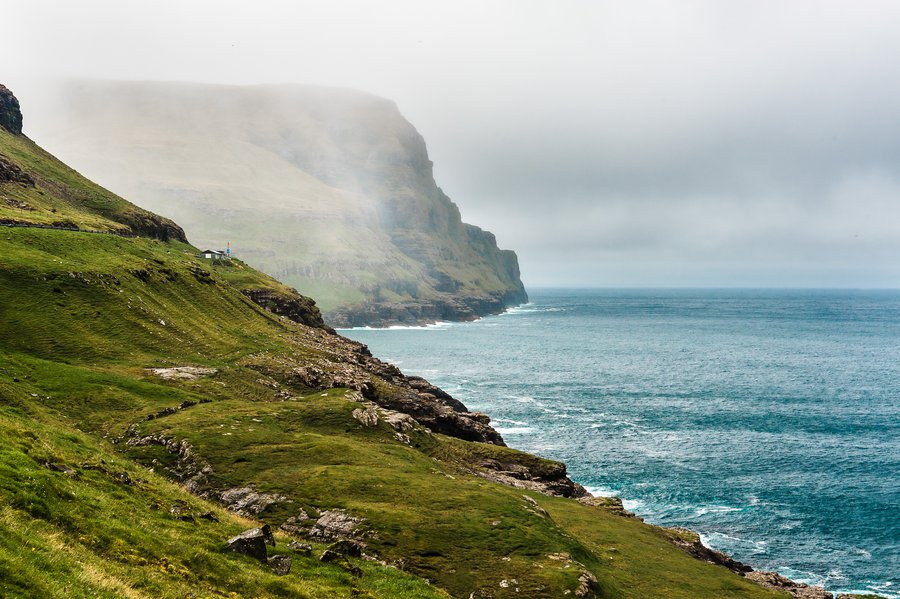 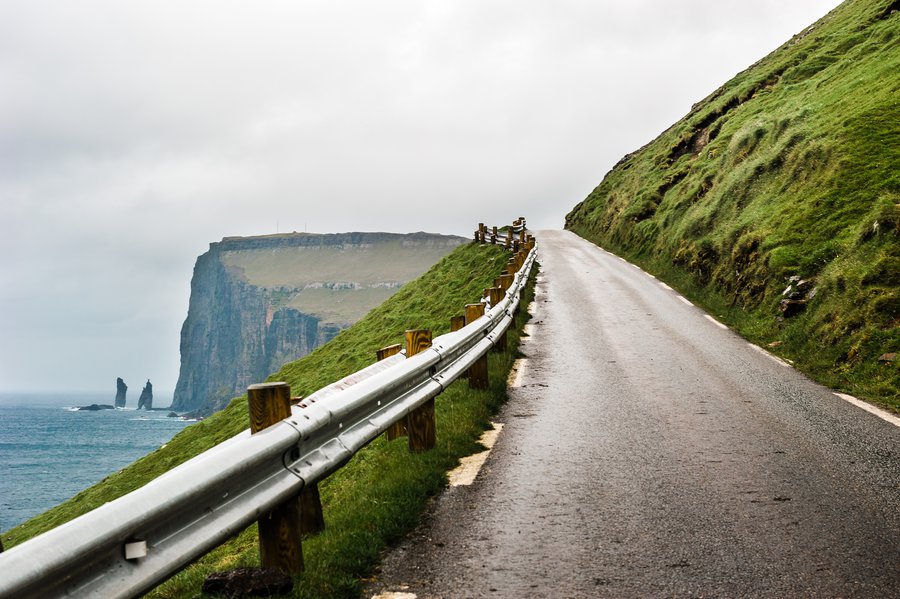 and the northern-most point of Streymoy, Tjørnuvík (population 64), huddled in a wrinkled inlet and pounded by iced aqua waters. Is this not the most otherworldly place you've seen?! 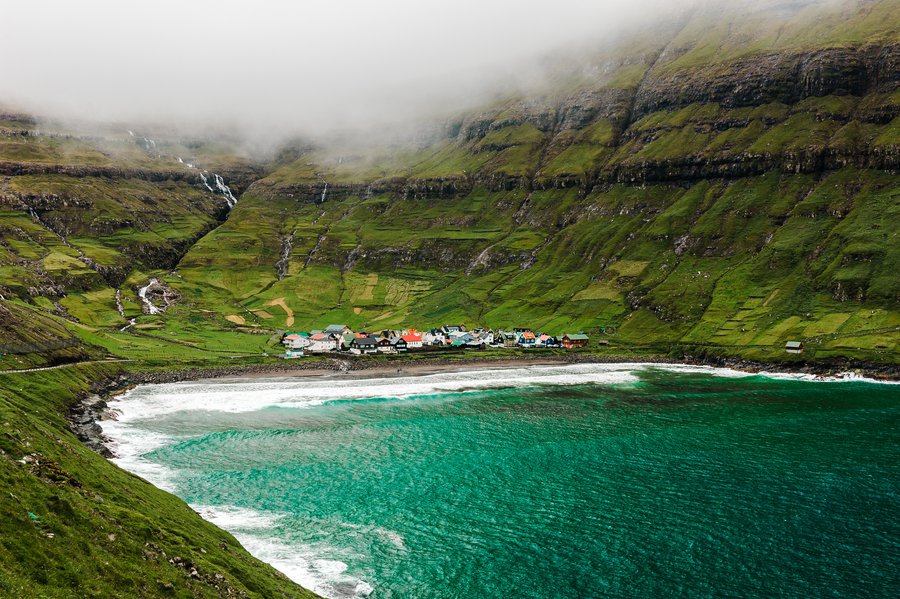 The beaches off the Faroes had similar seastacks to what we'd seen on Vik in Iceland. 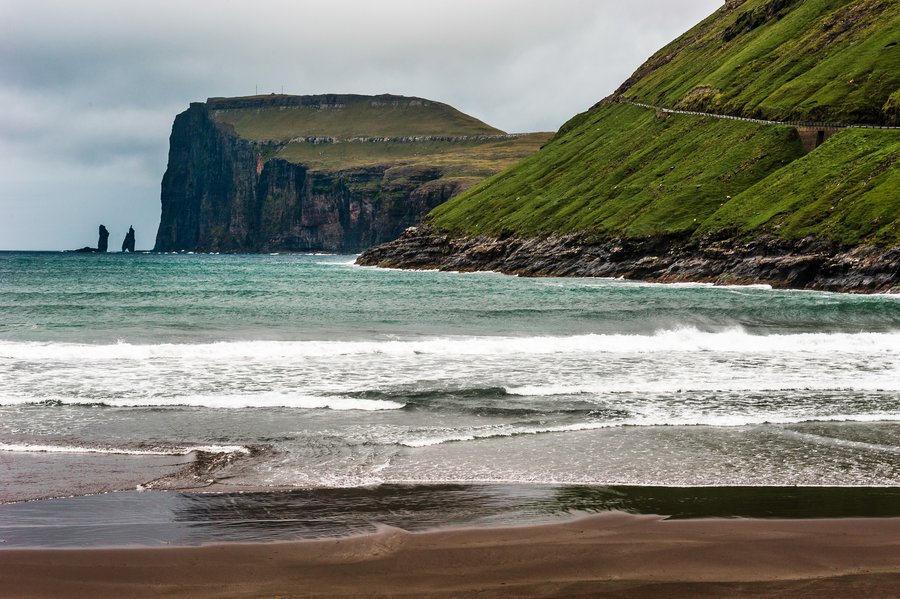 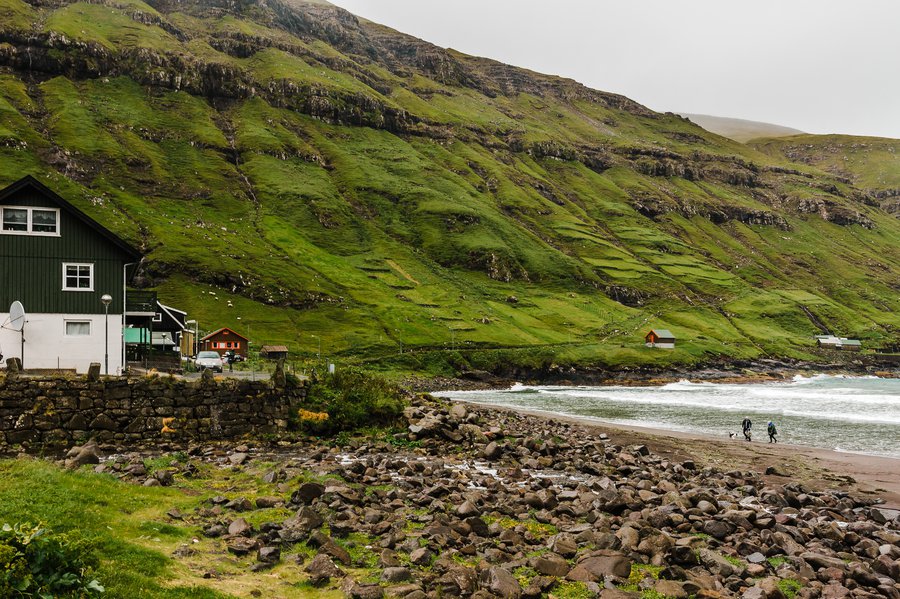 Everywhere, everywhere we drove we felt the sea in the air. Everywhere was remote, and this trip made me realize how very comfortable I've become with chaos in the City. The remoteness made my heart hurry a bit at times, the lack of anyone watching. The Faroes took us outside ourselves and filled us with the sound of the winds and the hunt for the secrets behind the next mountain, in the next inlet. 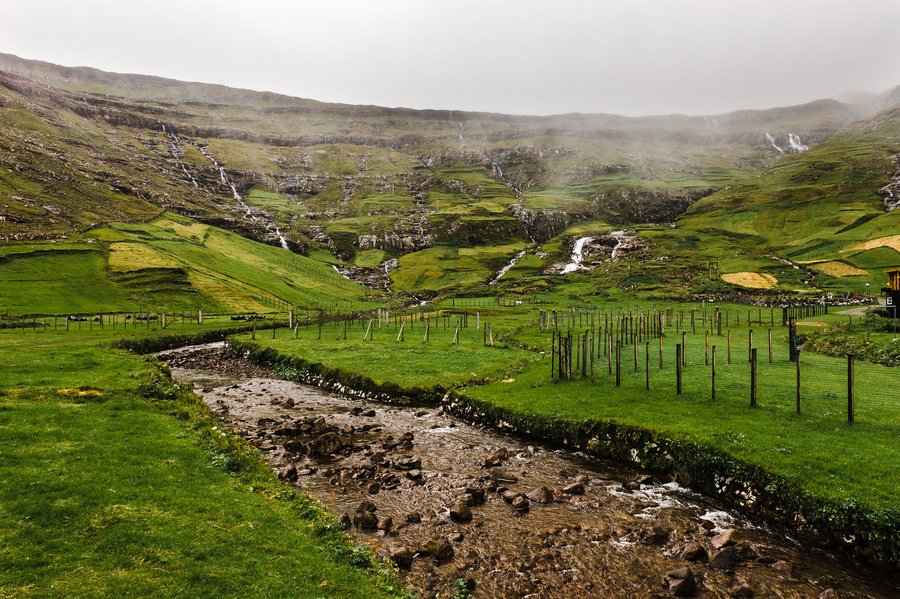 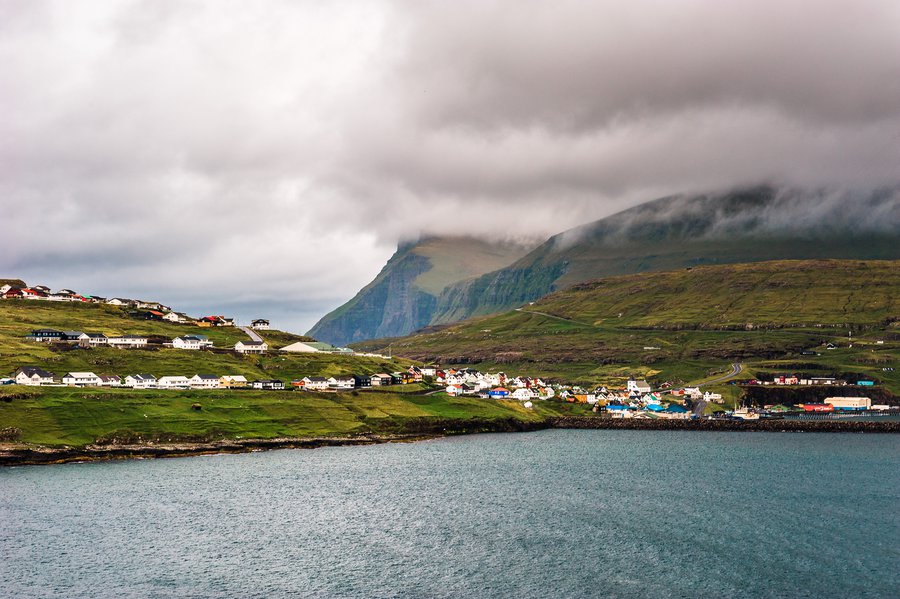 We ended each day in the capital of Torshavn--which I'll show you up next!