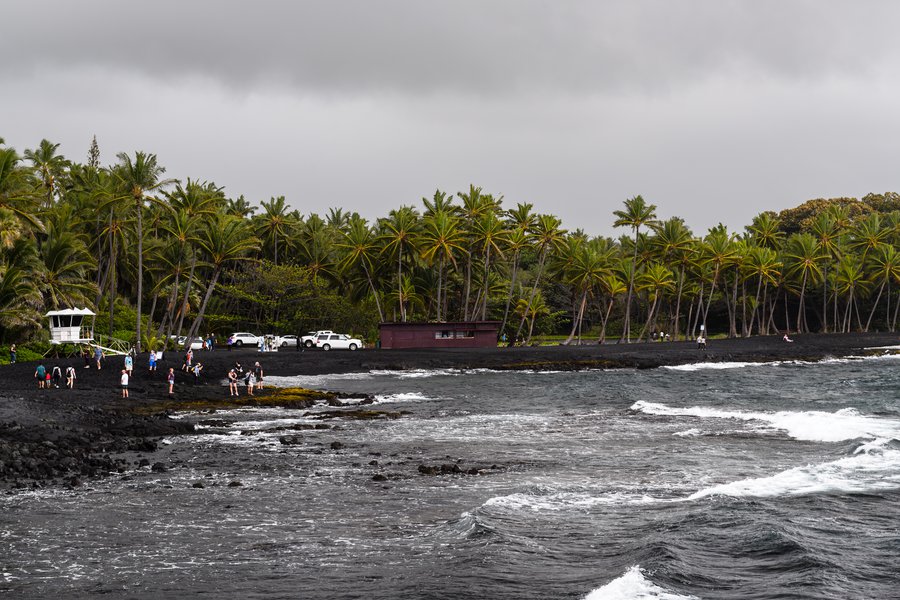 On our last day on the Big Island, we decided to drive the southern coast from near the volcanoes and craters back to the Kona airport; the drive was only a half hour longer than the more direct route and we figured we'd seen much of the island, so would try to round it out. 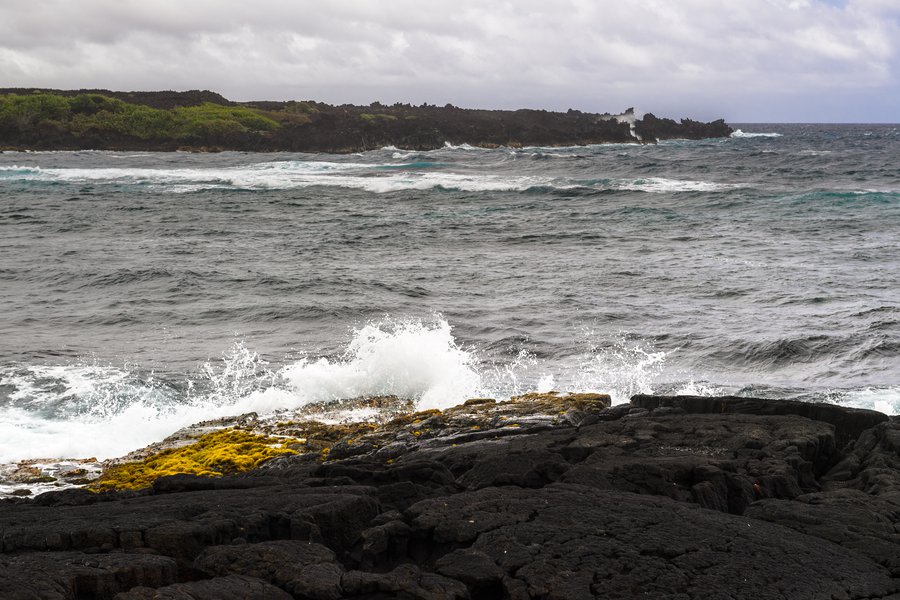 First stop was the Punalu'U Beach, one of the Big Island's black sand beaches. 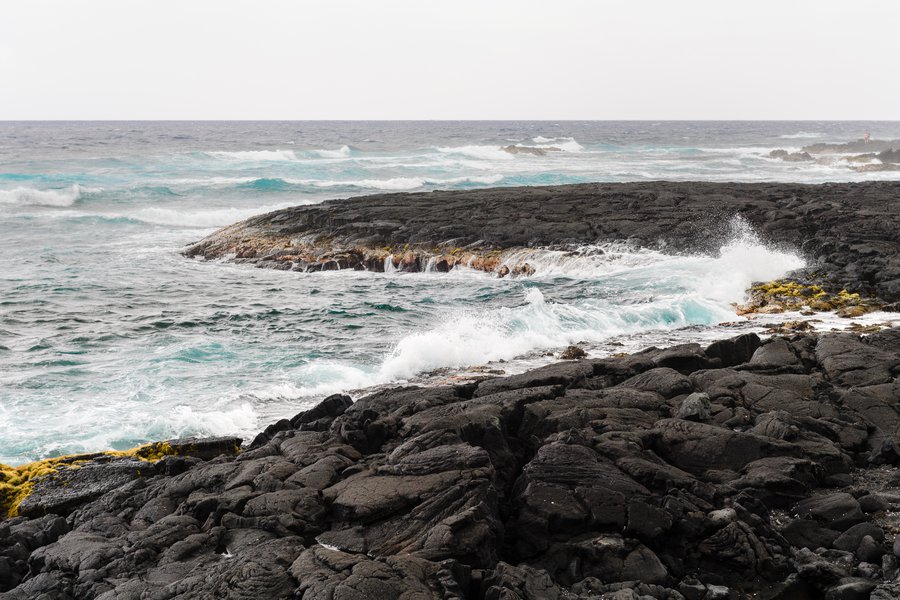 We approached the beach just as the wind was picking up and walked a few hundred yards to the edge, where we looked over quite a crowd on the sands (which looked similar to the black sand beach in Maui). 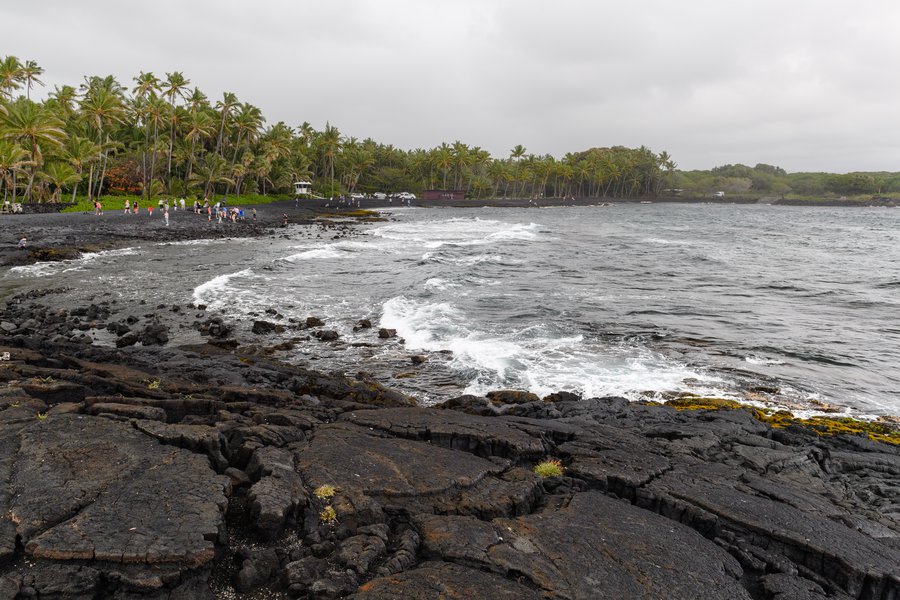 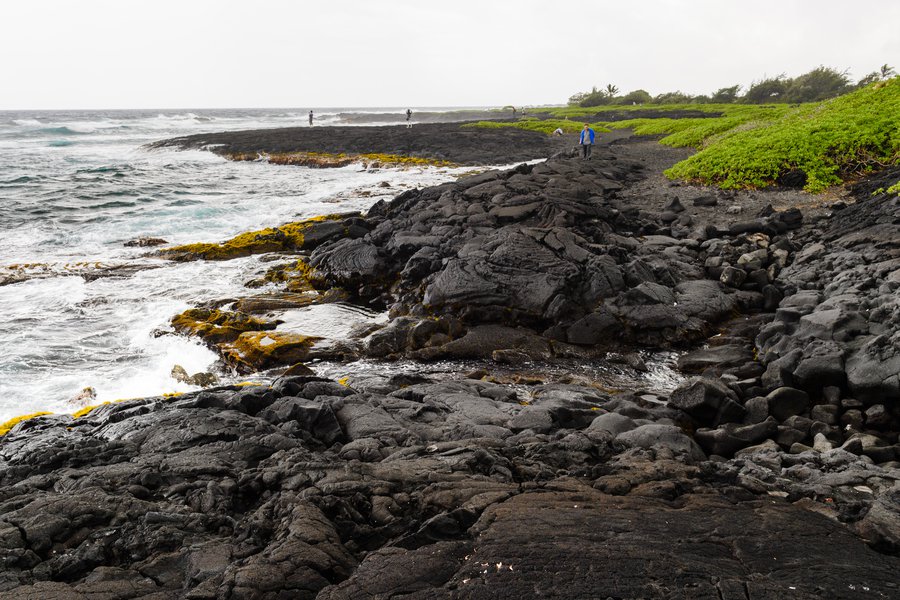 And then, just as Walker snapped a few shots, here came the rains! It was probably for the best, as we didn't have a ton of time to spend there anyway. We just all shook our heads that we hadn't grabbed our windbreakers in the car before the walk. 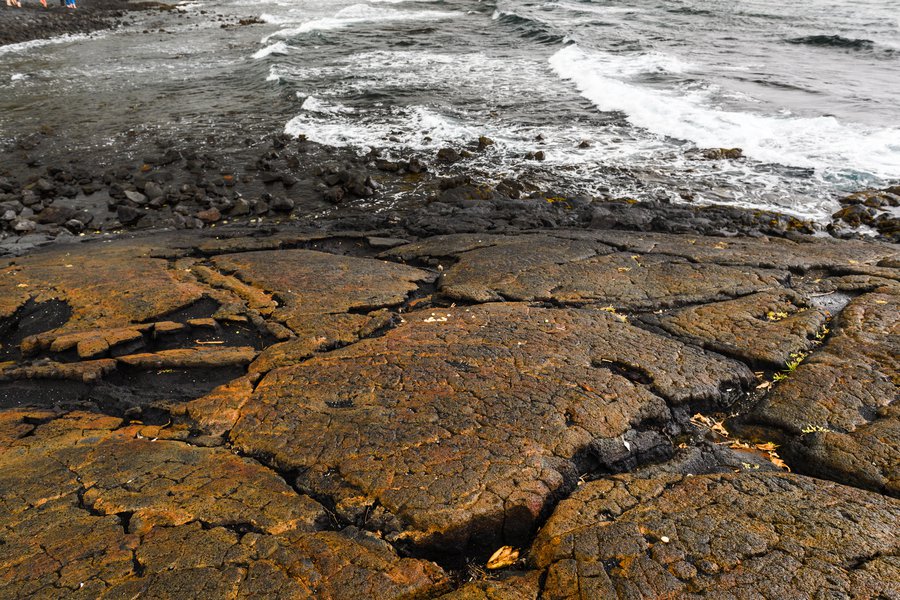 Luckily, the weather turned after a short while, and although we didn't make our way all the way out to the southernmost point of the US, Walker did manage to capture it from afar. 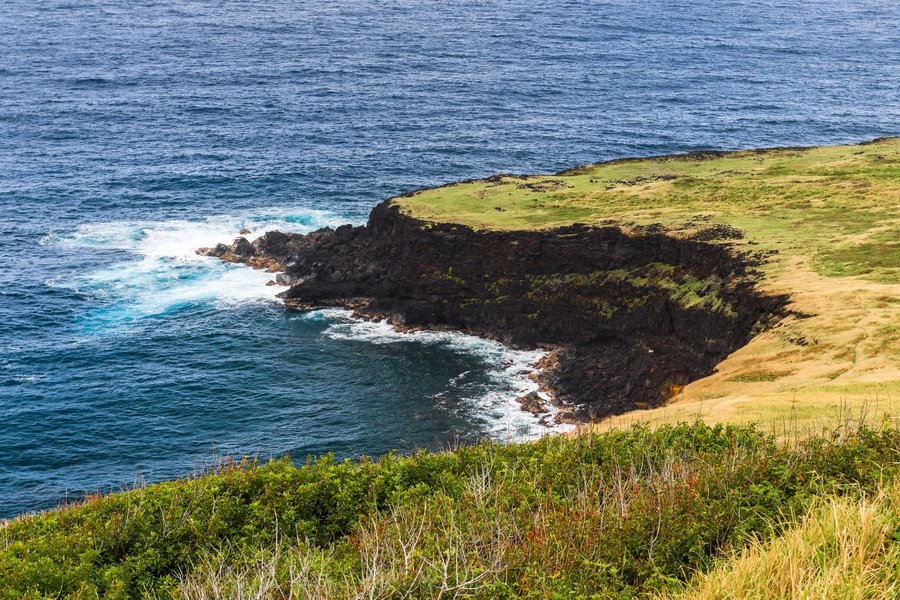 Apparently the only way to get out to the tip is by hopping the a pickup with locals, and after getting soaked, we weren't really up for it. Maybe next time! 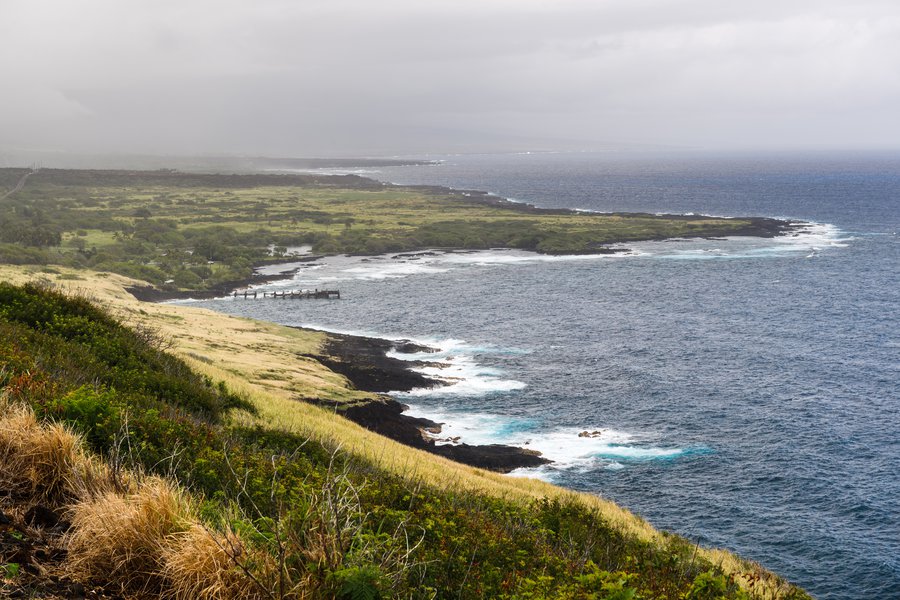 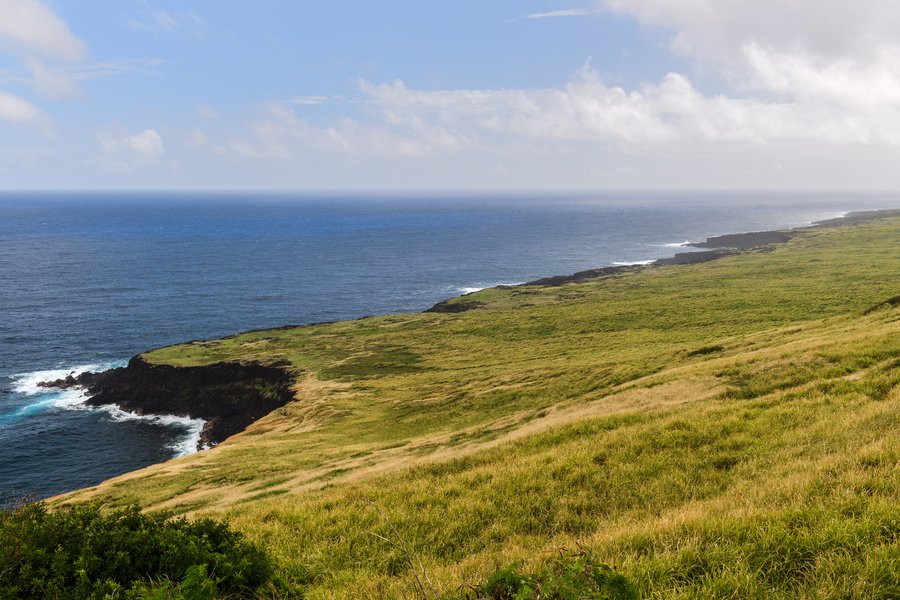 And continuing on the bright side, we did still stop for lunch at the southernmost restaurant in the US, Hana Hou. 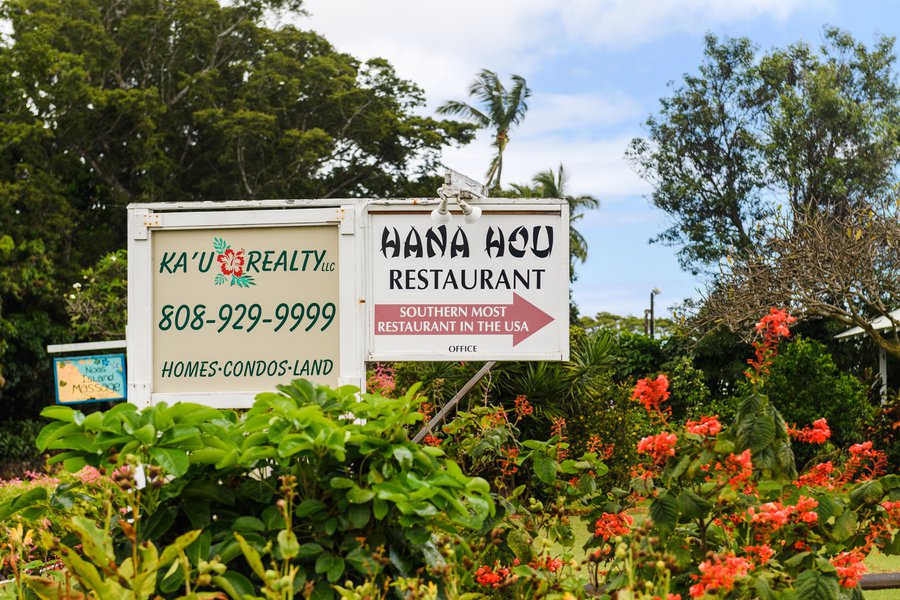 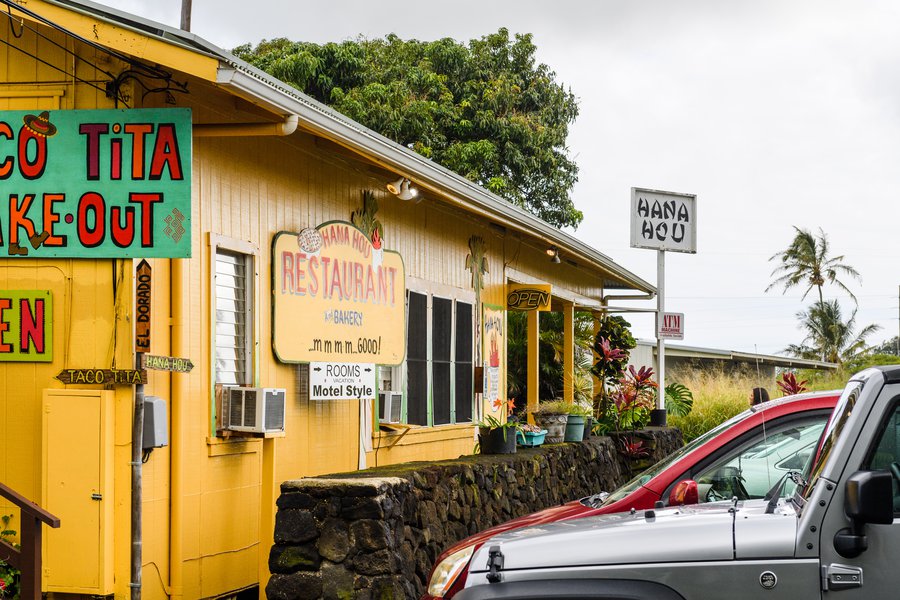 For what looked a bit divey, 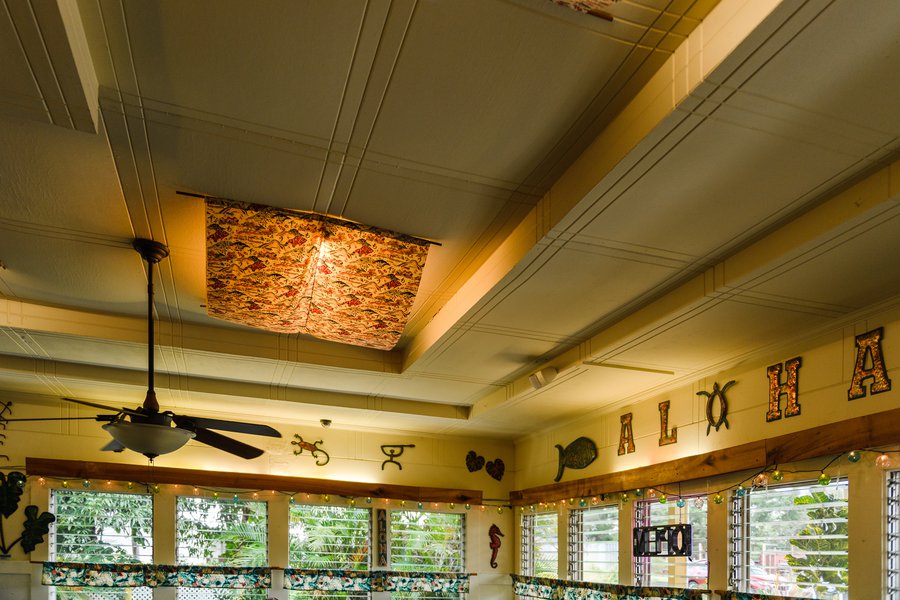 the pulled pork was absolutely scrumptious. 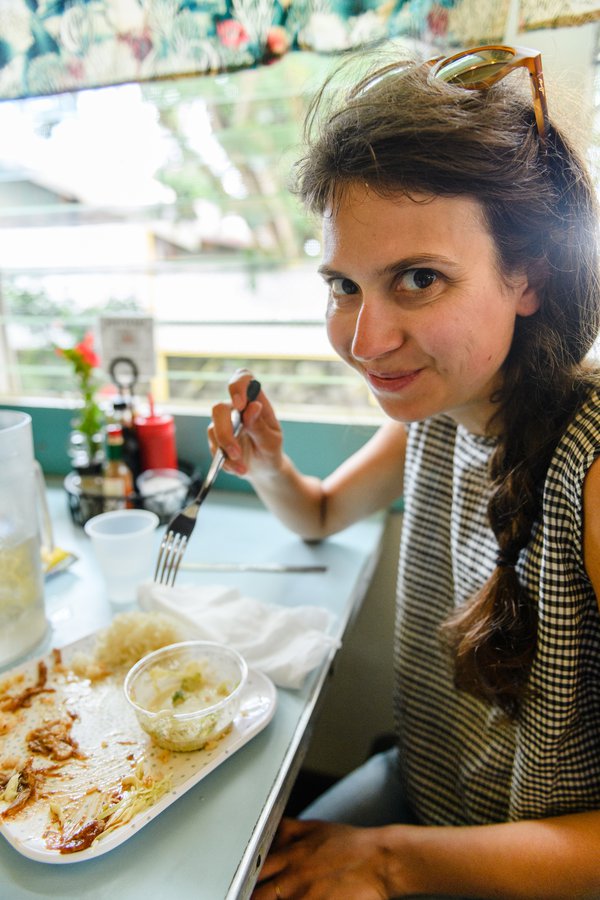 To be honest, I'm not sure what this is, but it was near lunch and is beautiful, so enjoy the snap! 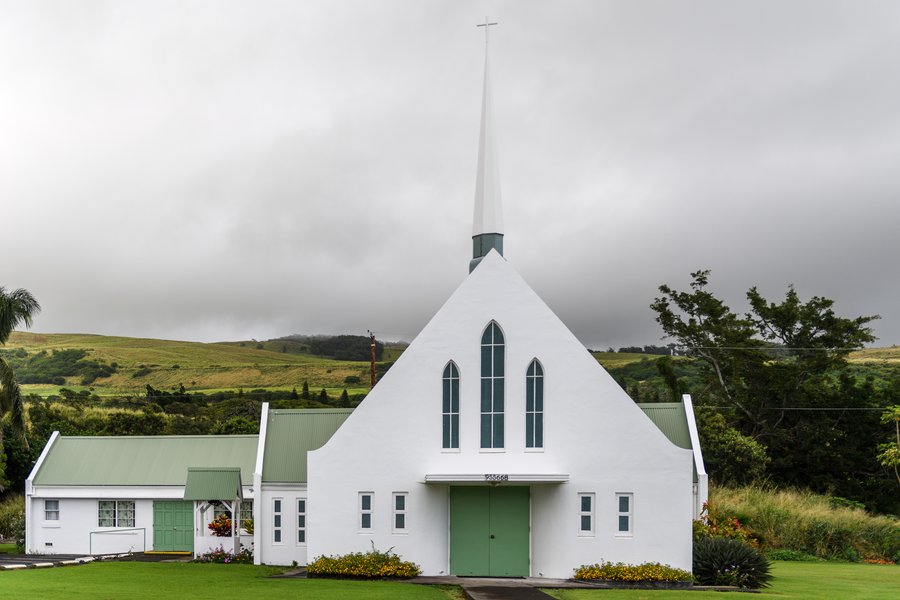 Our traverse along the southern coast continued onto the drier side of the island, where we again found more of the  twisted, red lava we'd seen closer to our first hotel. 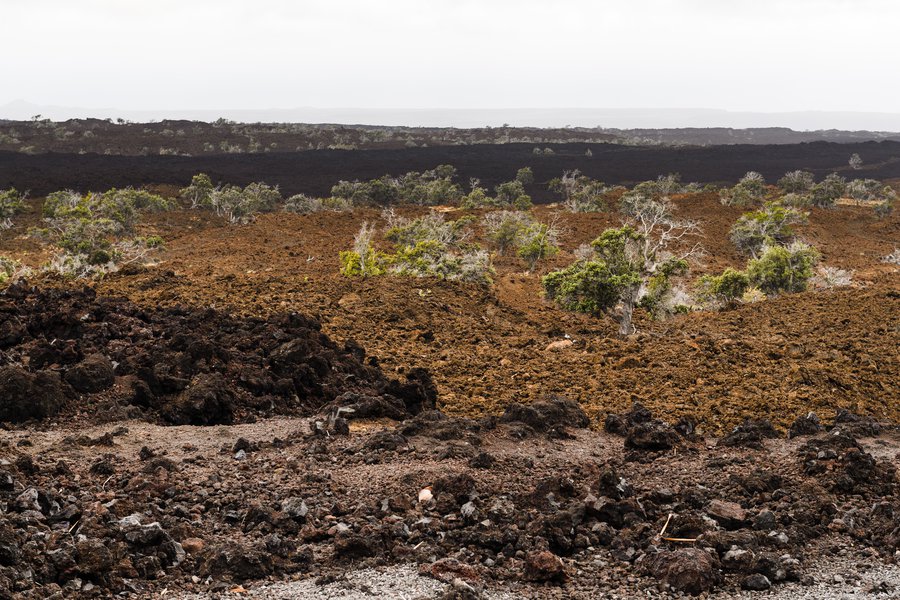 Randomly, I'd found a business card for the South Kona Coffee Stand in the back of our SUV earlier in the week, so when we drove by it, I flagged for us to turn back. 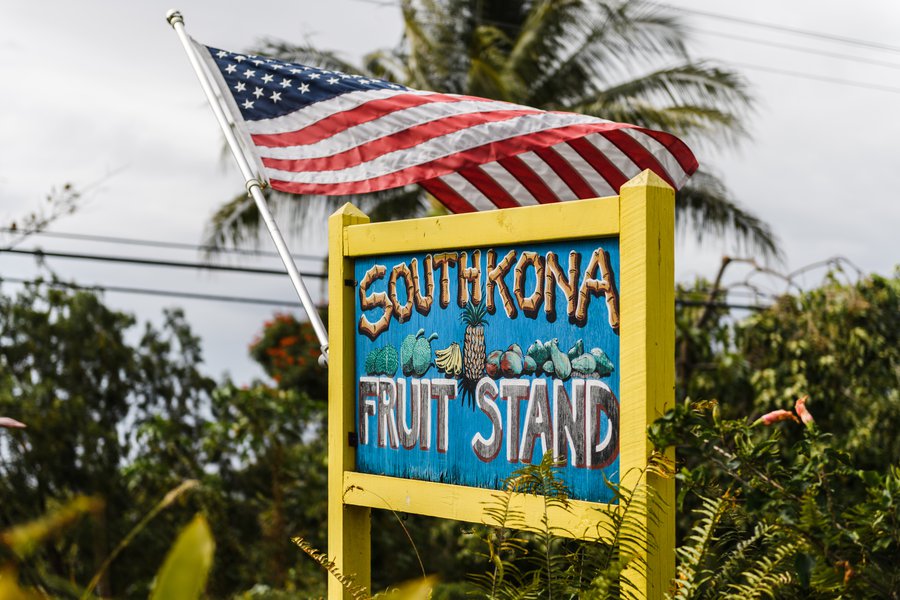 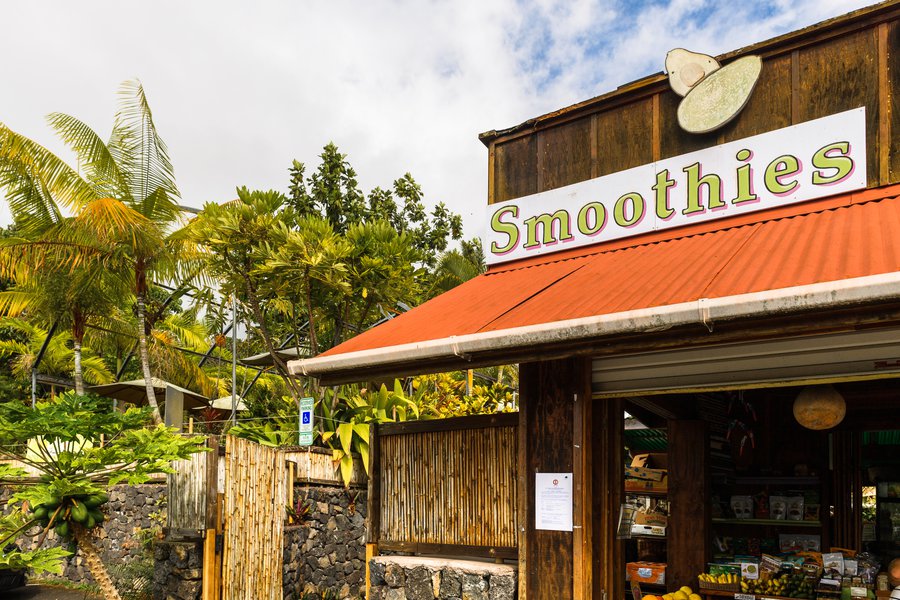 We got a few smoothies and some natural snacks, but mainly reveled in these colors! 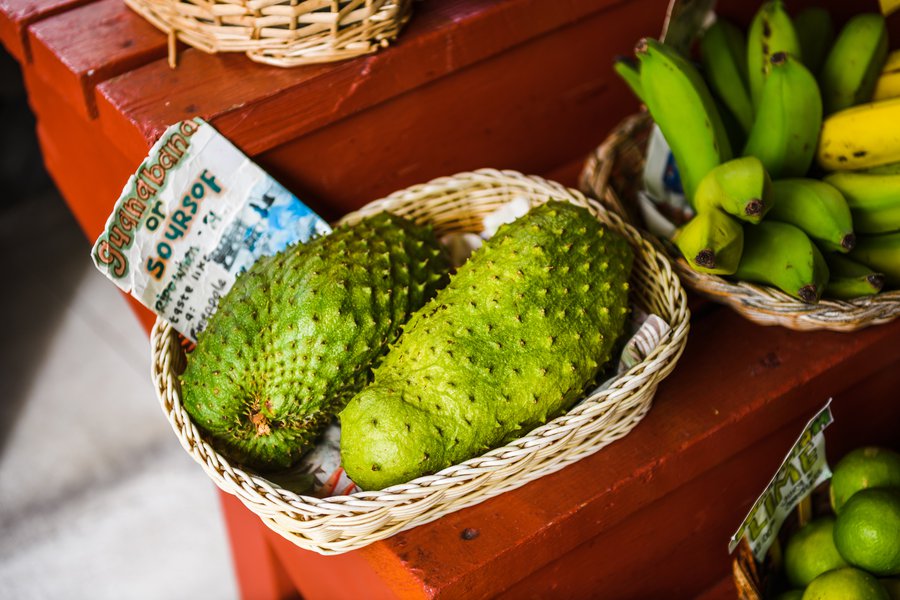 Our final stop of our trip was Greenwell Farms for some real, Kona coffee (excluding dinner at Foster's Kitchen in Kona, pre-flight). 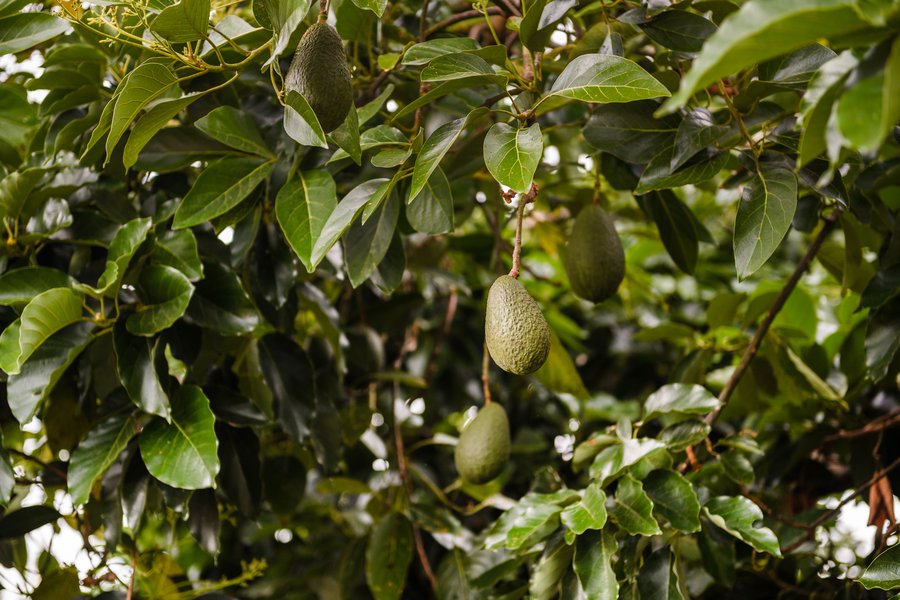 Just as we parked, a free tour was leaving, so we joined along. We learned the history of the coffee plant and why it loves the volcanic Kona soil.

The fields were just ending production for the year, but we learned about how much they are pruned so their flavor goes into the beans. 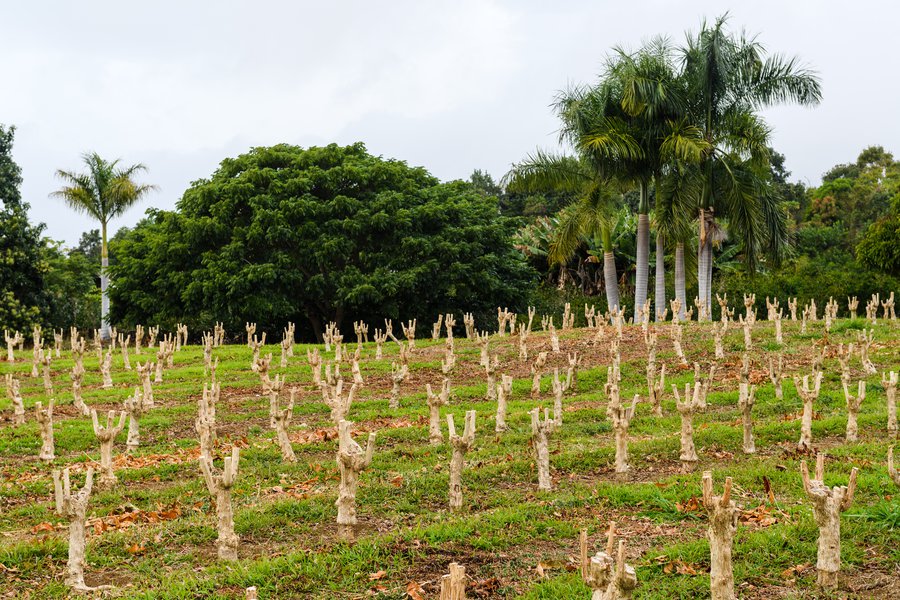 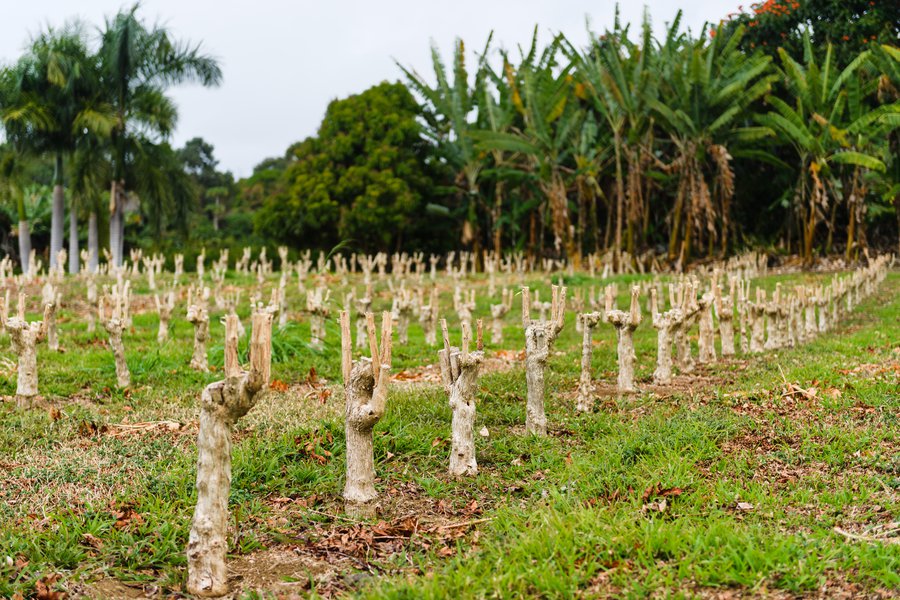 And then we got to taste some raw coffee bean (it was a little sticky and sweet), fresh from bags of harvest. 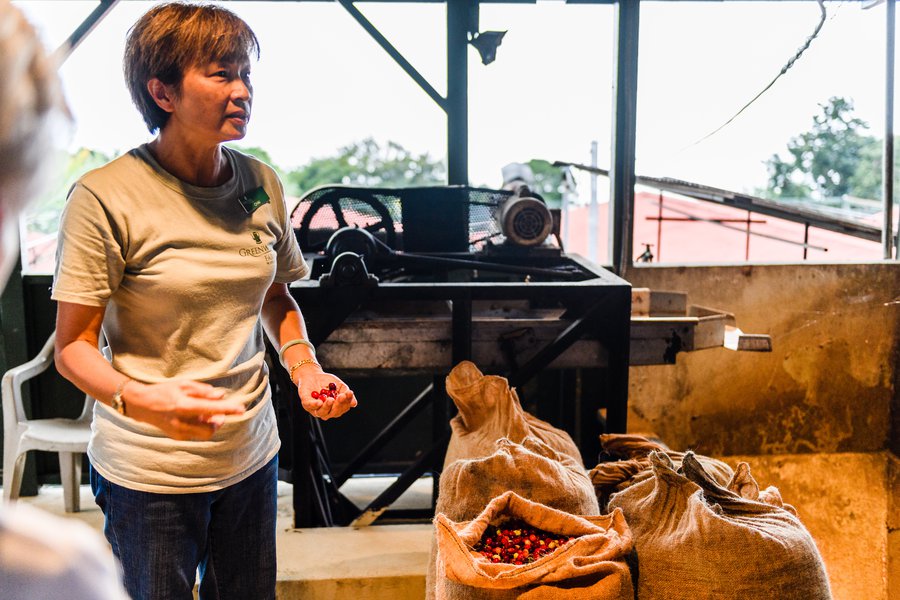 Finally, the beans are dried under these open air shelters, before being sent to roasters. Greenwell sells their coffee to Nordstrom stores! 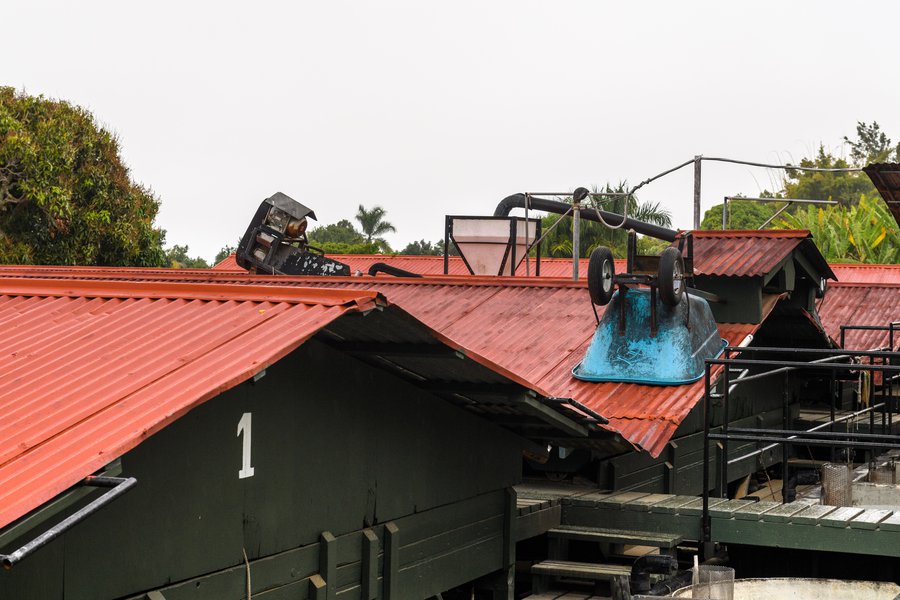 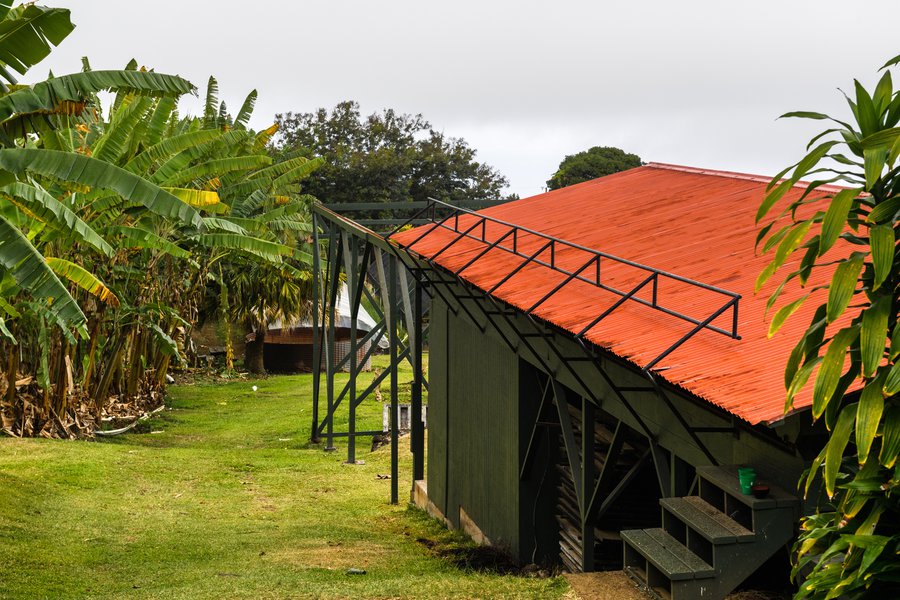 Other plants surrounding the lush farm, too. I couldn't believe the avocados! 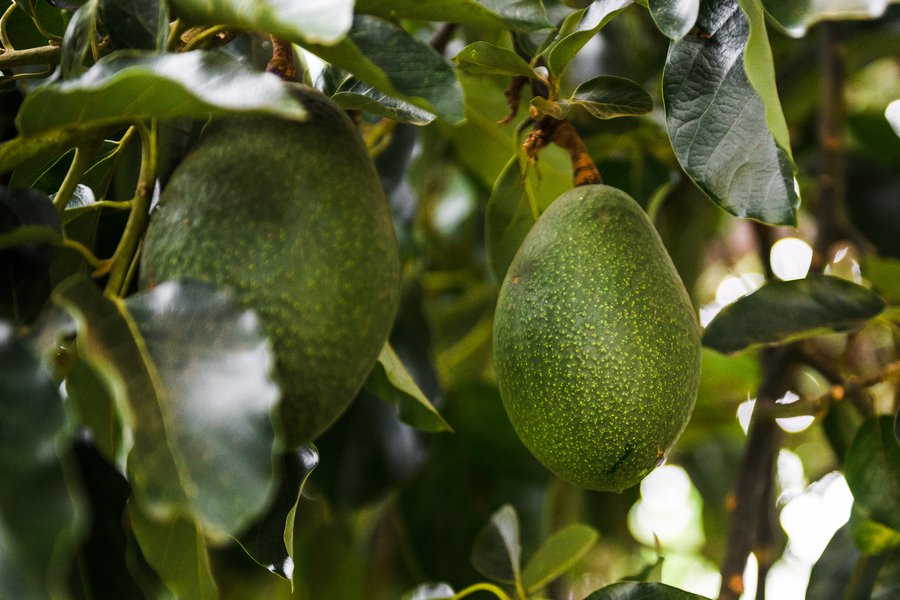 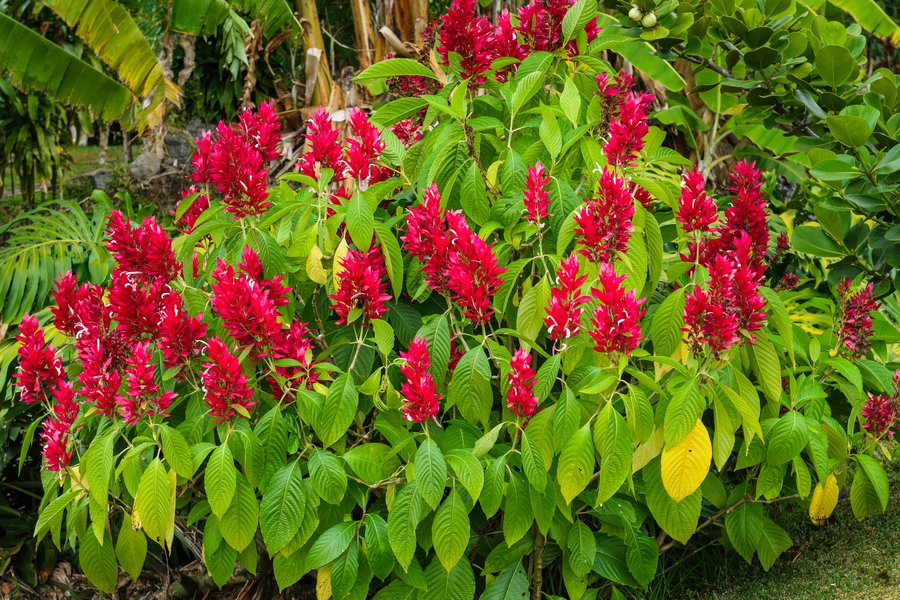 With that, we bought some coffee beans to bring home to the aficionados, 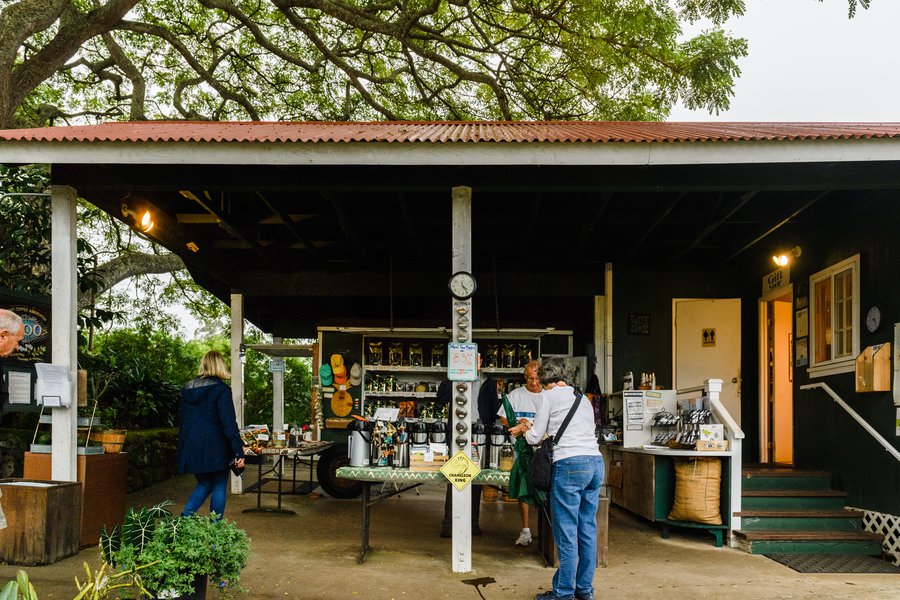 and drove back to Kona, where we'd take off for the airport, missing the calm palms and sea turtles of the week! 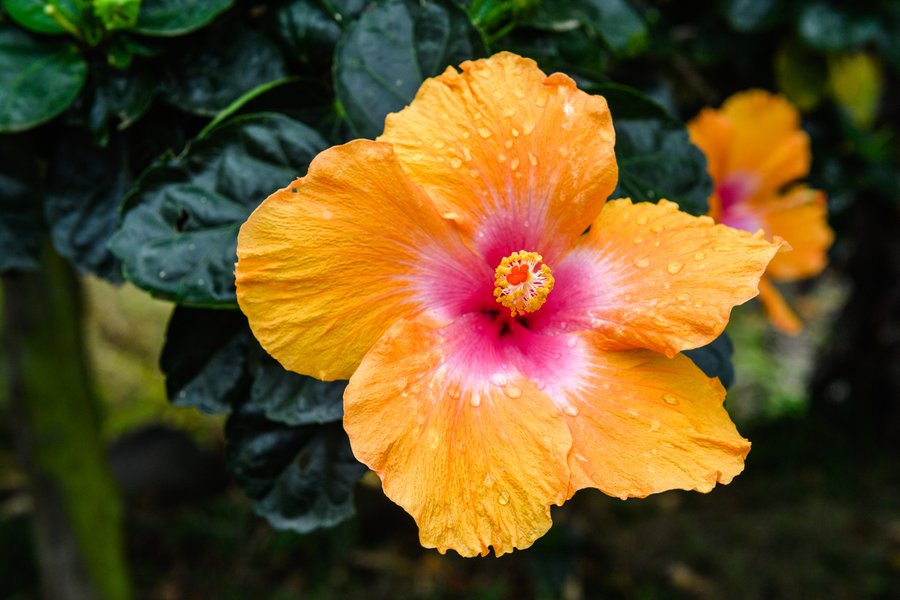