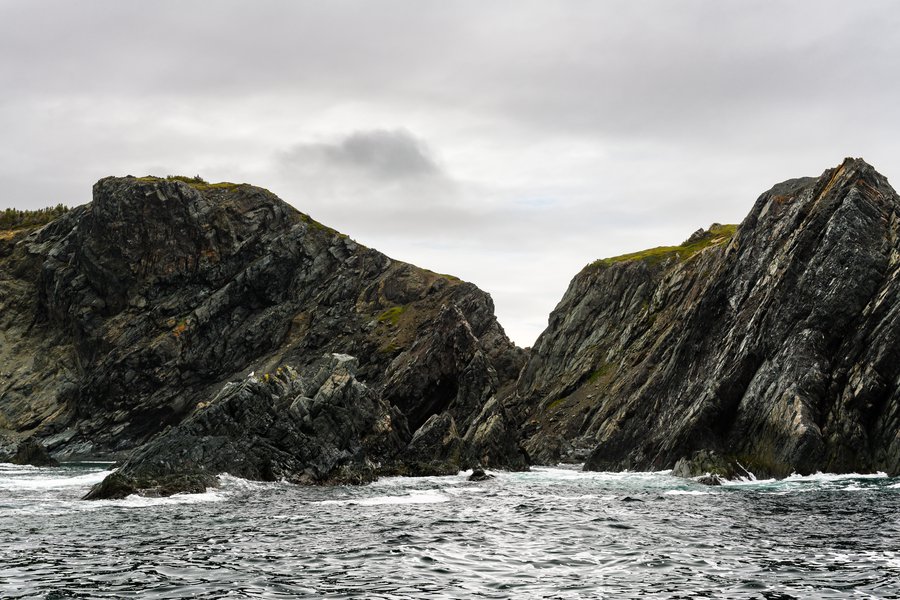 As I'd read about icebergs near Twillingate being a slight possibility in early July, I heavily research boat companies that left from Twillingate and one our first full day in Newfoundland, chose a small, family owned one for a 2-hour, afternoon ride, the Iceberg Man Tours. 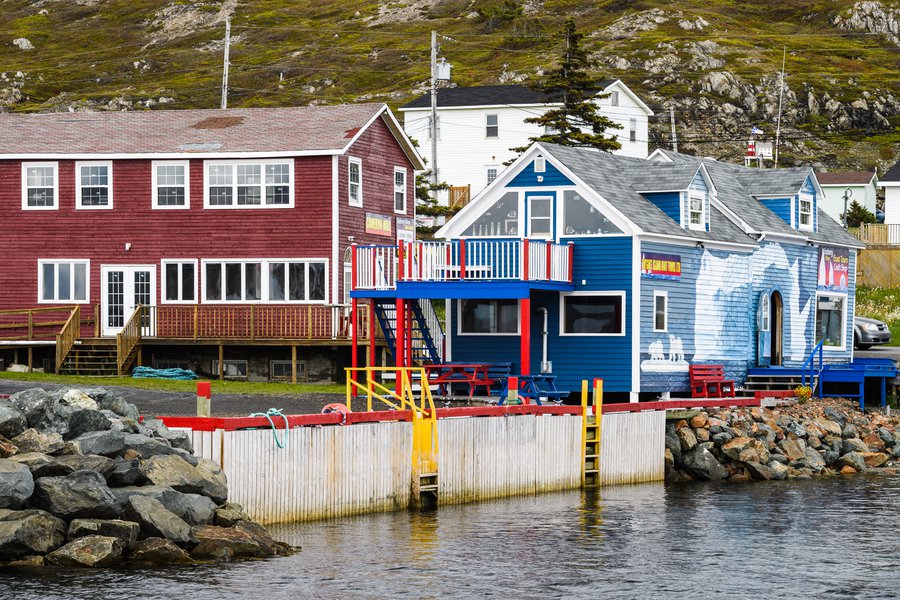 We met at the cute Iceberg Shop, and I pulled off my bog-damp socks for warmer ones before the anticipated winds on the water. 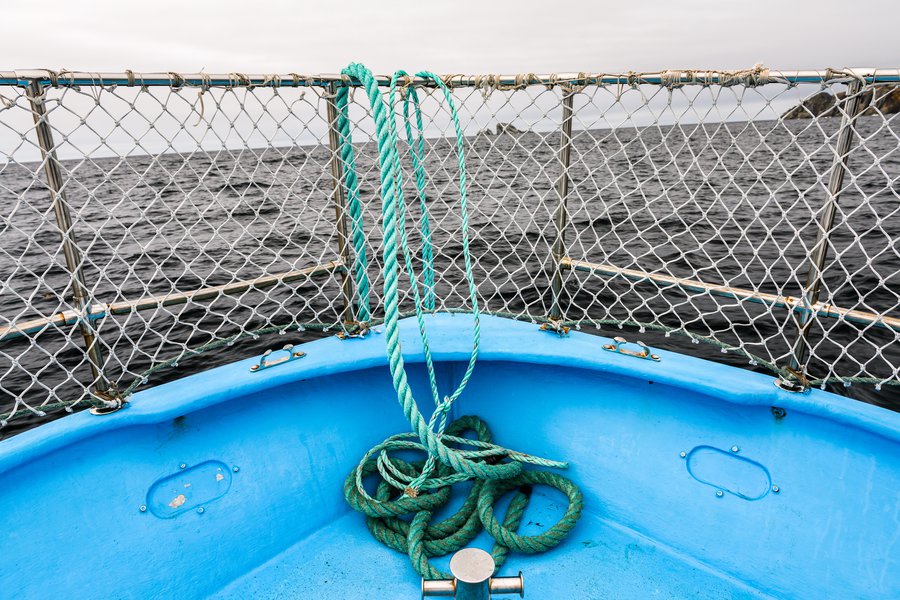 The boat was small, and we had two couples from Austria along, who seemed not to care about the clime. Meanwhile,

I was sporting my waterproof/windproof pants on top of my hiking ones, and felt pretty cozy, all in all. 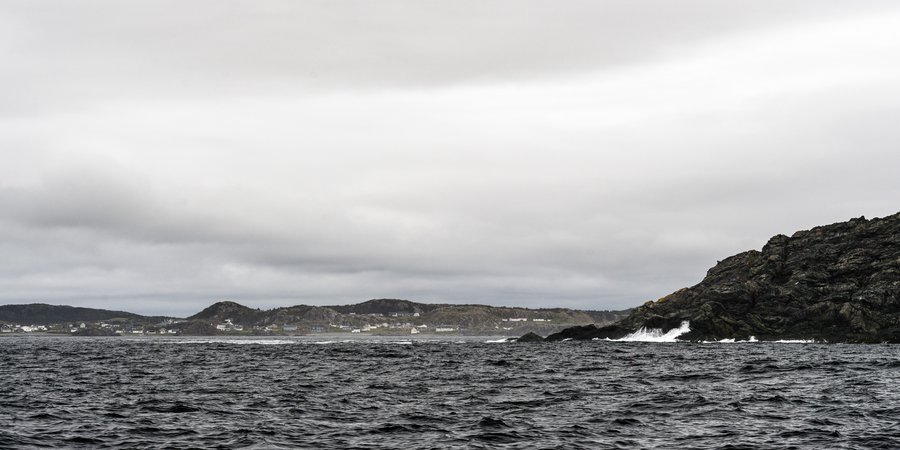 The boat was quite bouncy, and because of the conditions, we were told we couldn't get far out to sea. 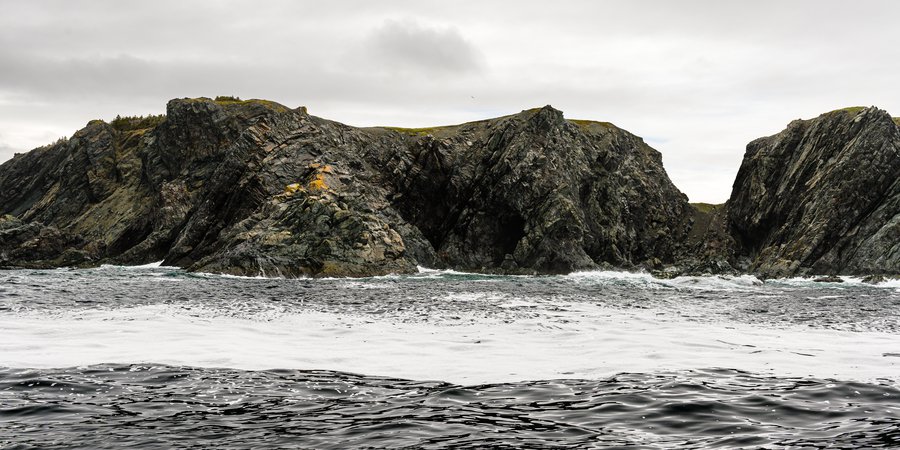 So we skirted all the crannies and crevices along the coast, even catching a glimpse of the Long Point Lighthouse just near where our cabin was. 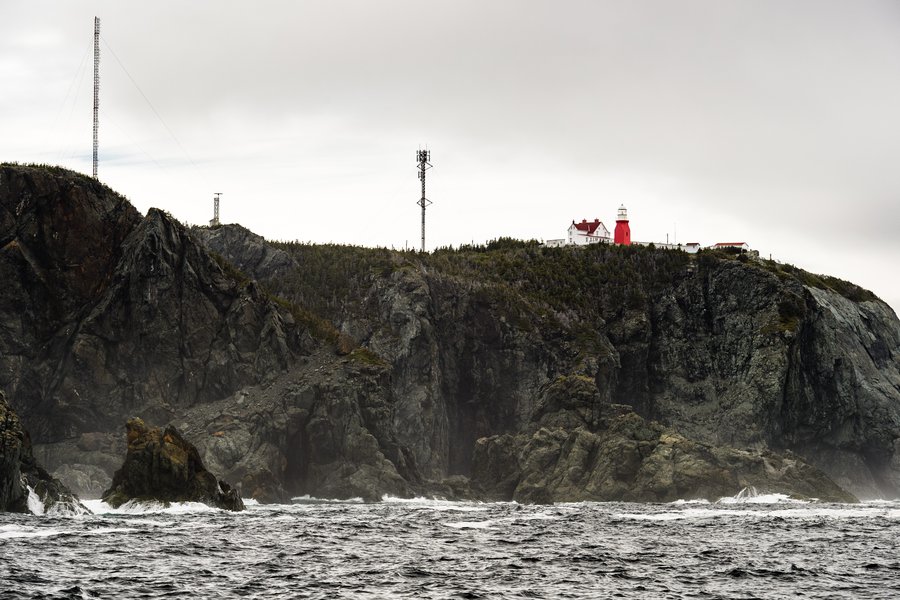 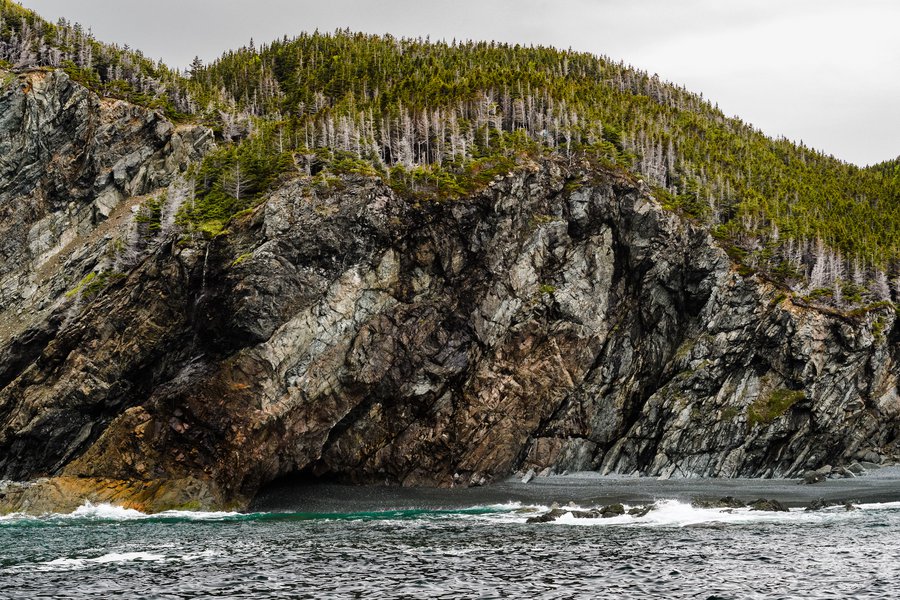 The texture of rocks was a bit like Cinque Terre, minus the sun and color. 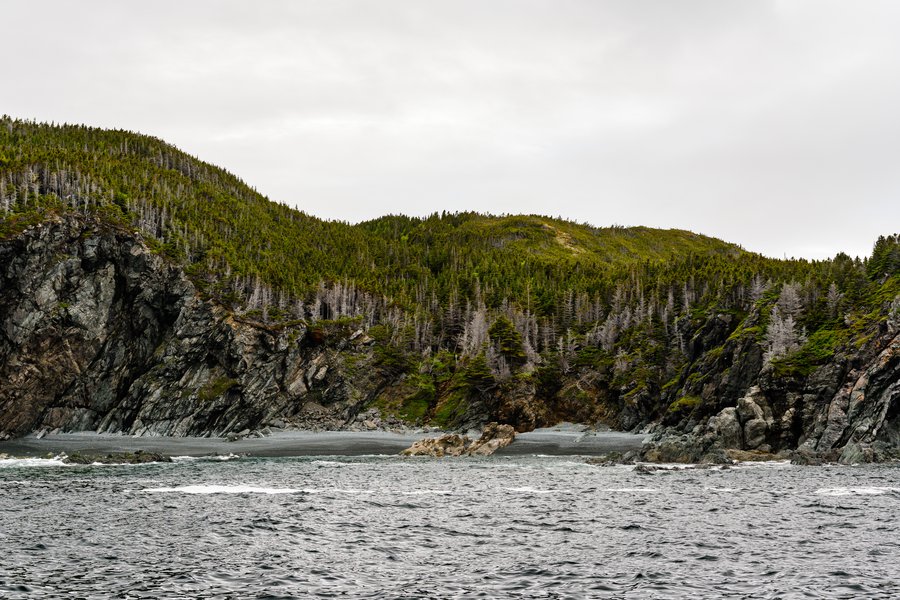 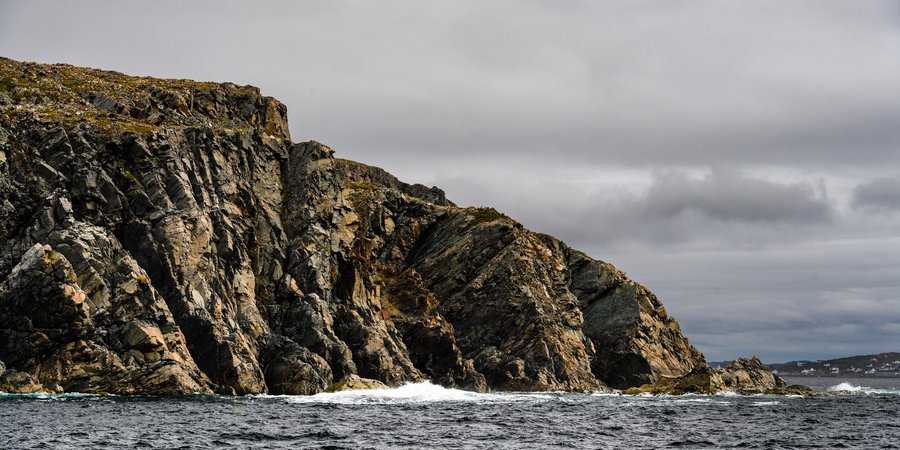 I could tell the captain felt disappointed we didn't have a bigger boat (especially since he said some of the larger companies made it out to see the icebergs, which would've taken us 5 hours to get to), and was hoping we'd see something cool. 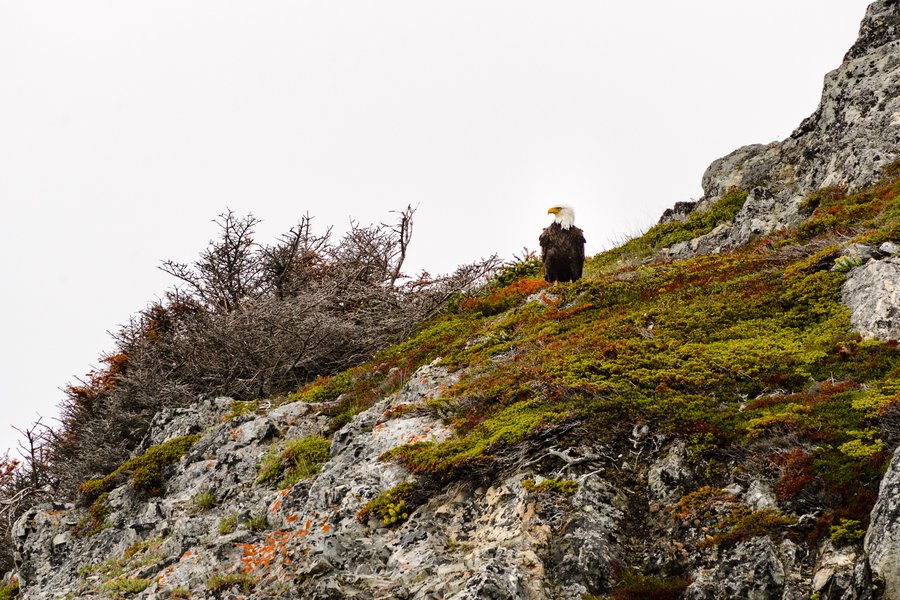 And there I spotted him!  Something cool! 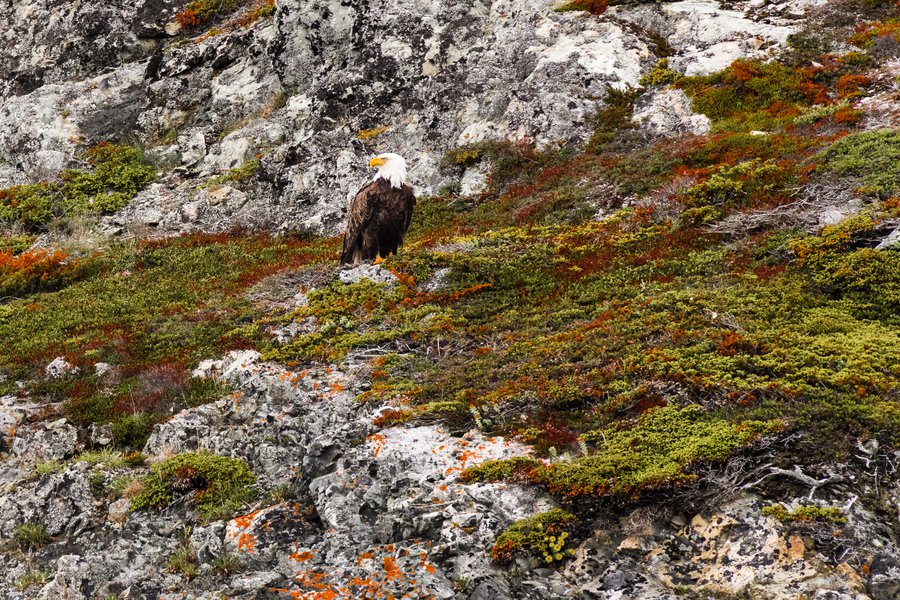 And cool thing #2: cormorant, which has the best bird name around! 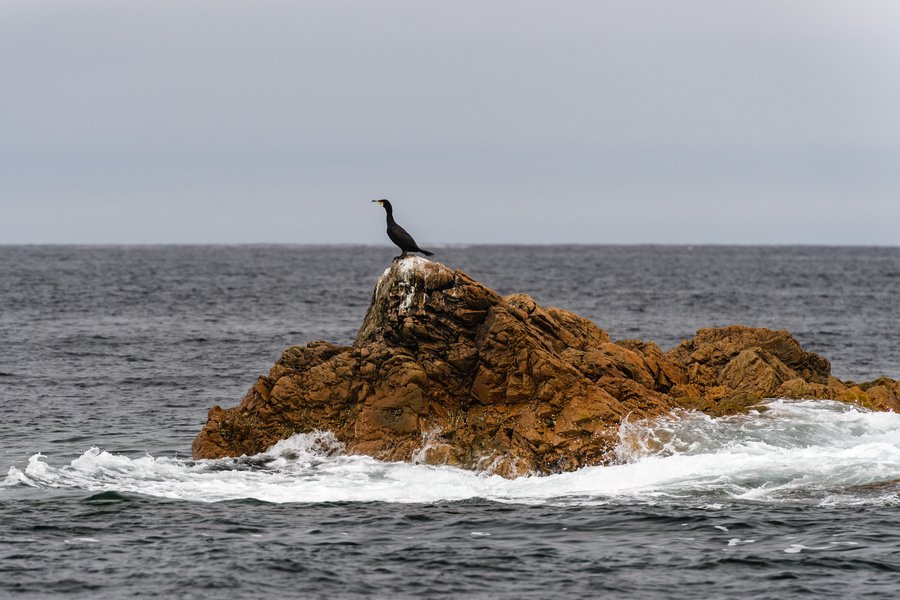 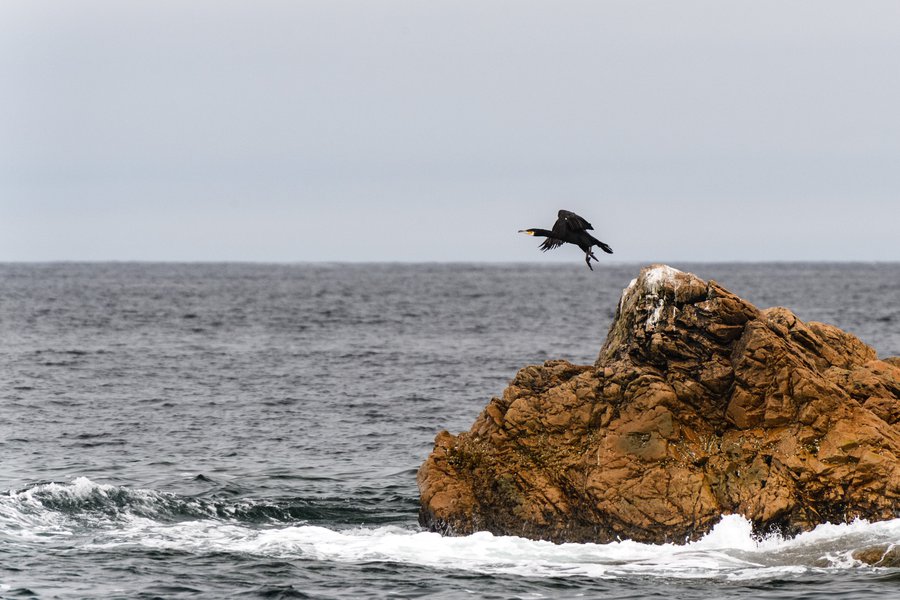 I had a bit of a migraine and the waves weren't letting up, so I spent a lot of the rest of the ride inside the cabin with the first mate, whose name escapes me, but was so friendly. 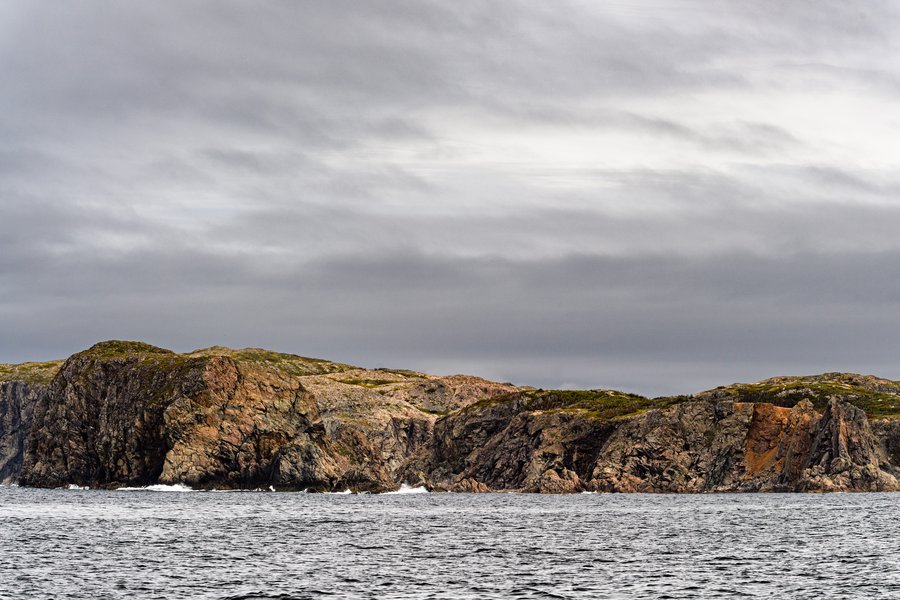 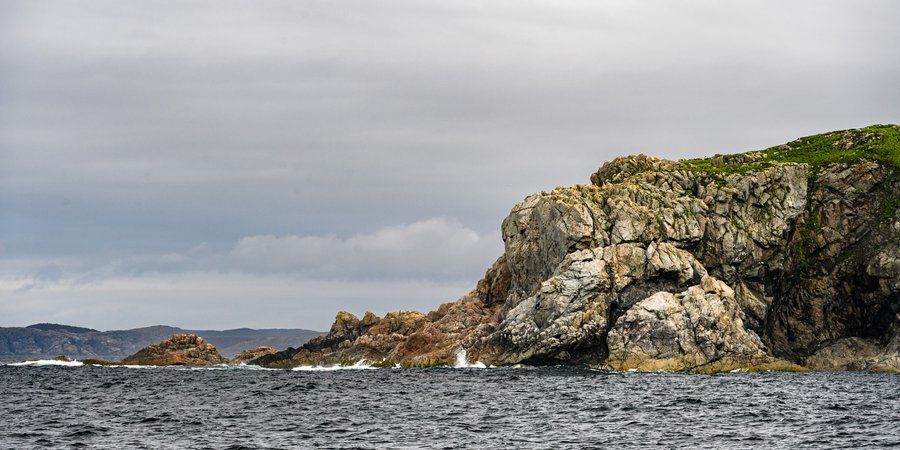 As Walker took all these photos of the intricate and rough rock faces, I learned that the island's fate was fading, with very few full-time jobs left to sustain an economy, even of teachers and doctors. 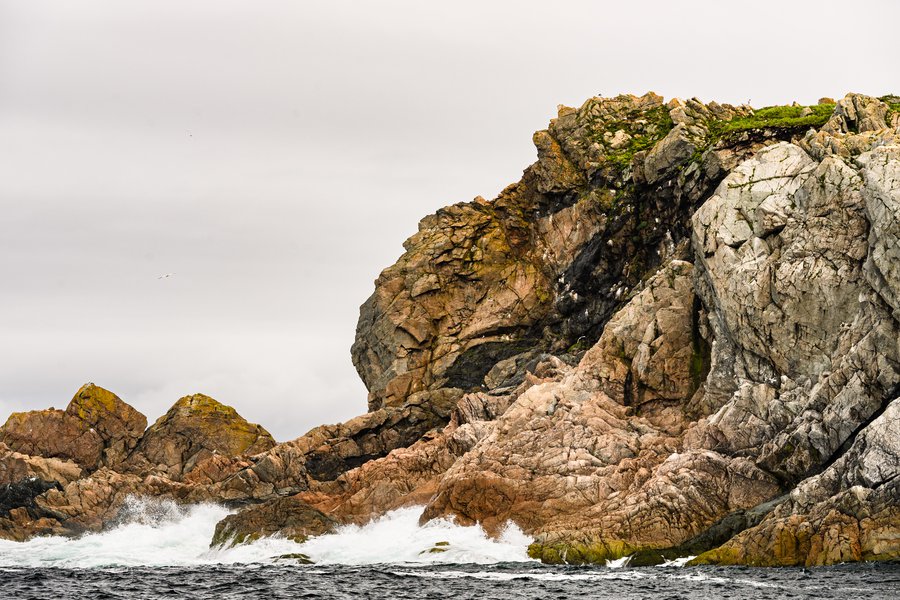 As we came alongside colonies of seabirds 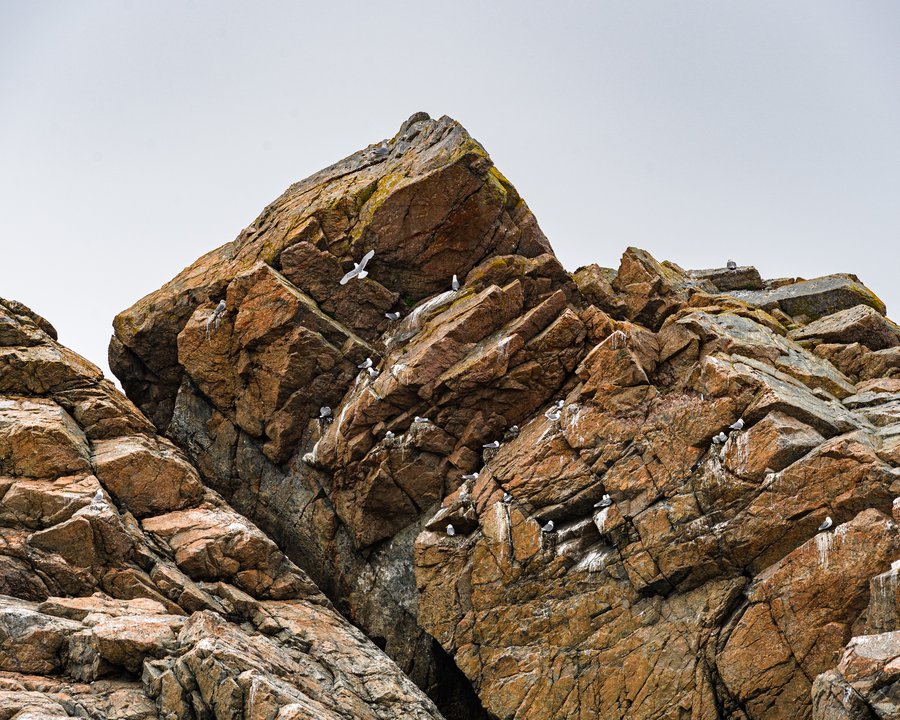 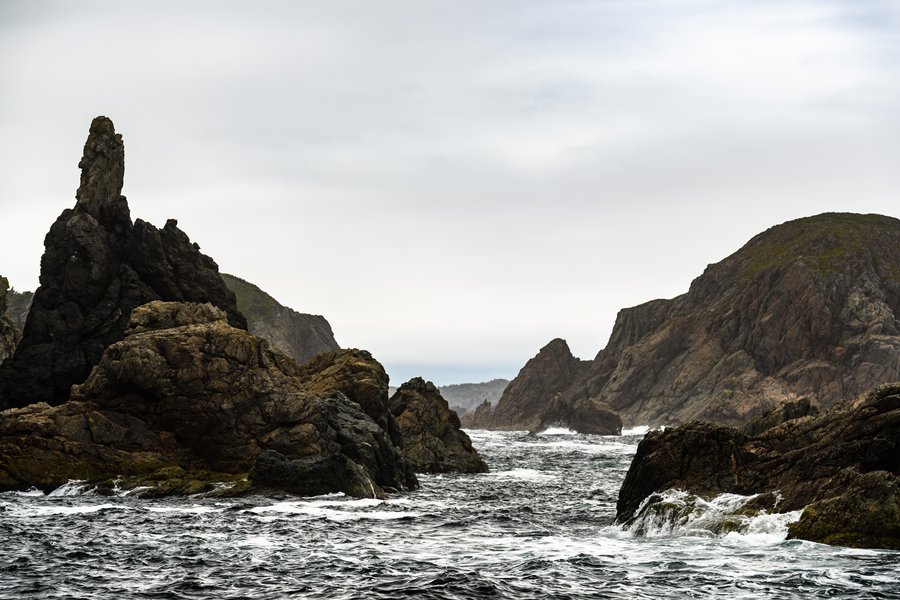 I learned how much the islanders respected these waters and their way of life. Honestly, it was a bit heartbreaking and a strong contrast to what we'd find on Fogo Island. 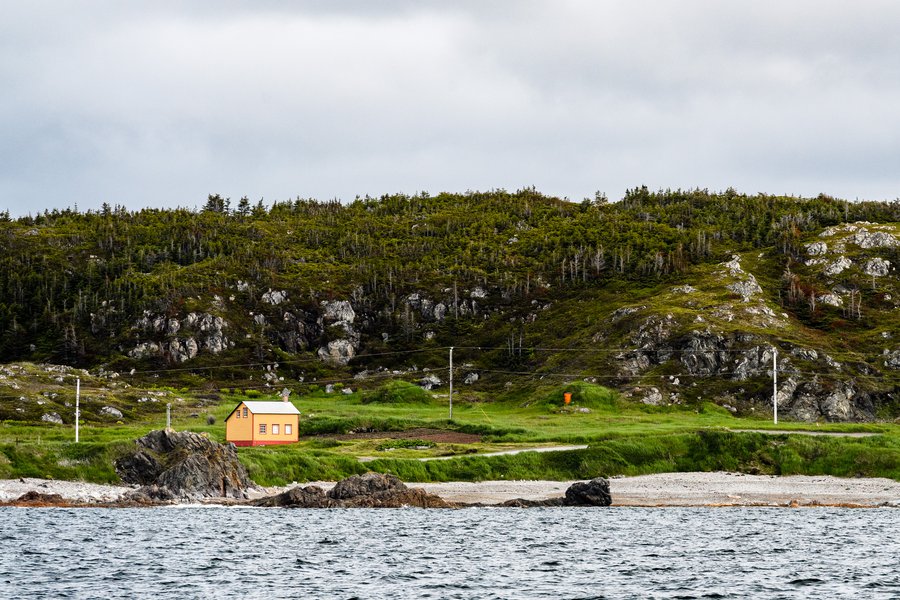 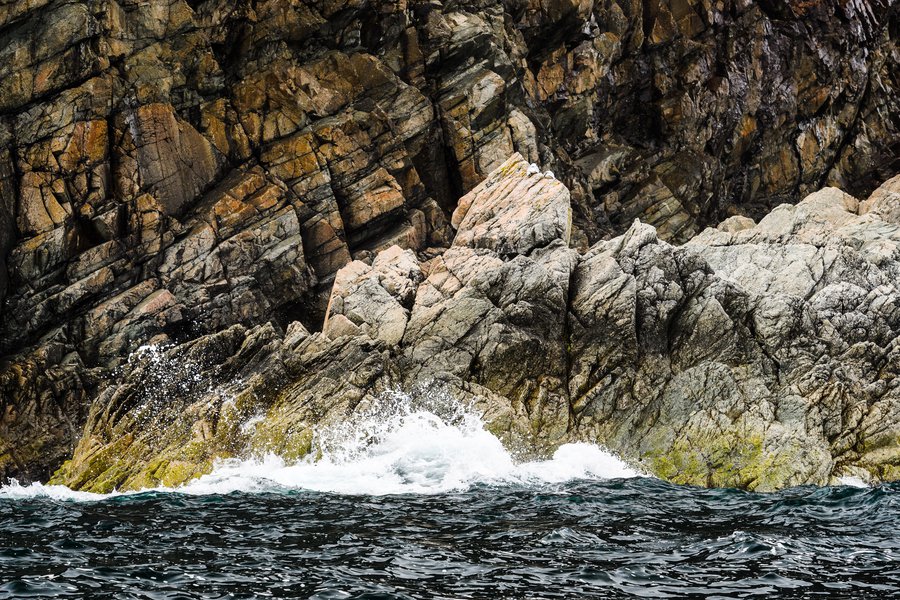 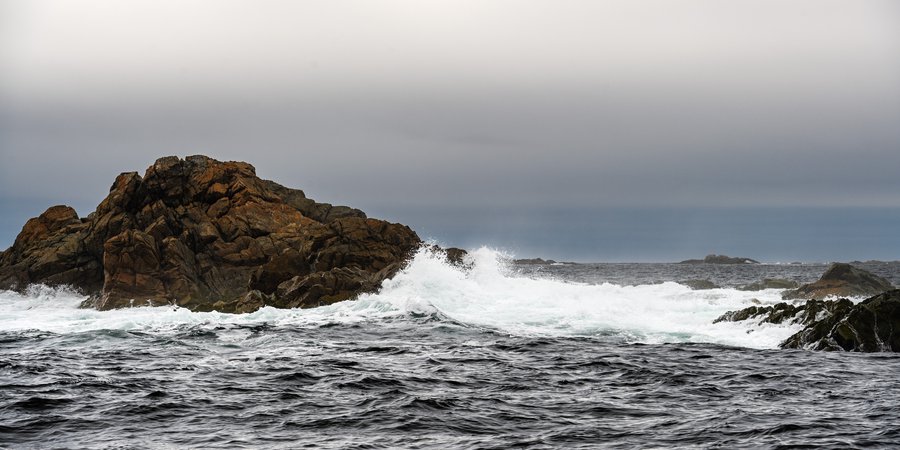 There were no whales, but the texture of the water, and the colors of the sky, 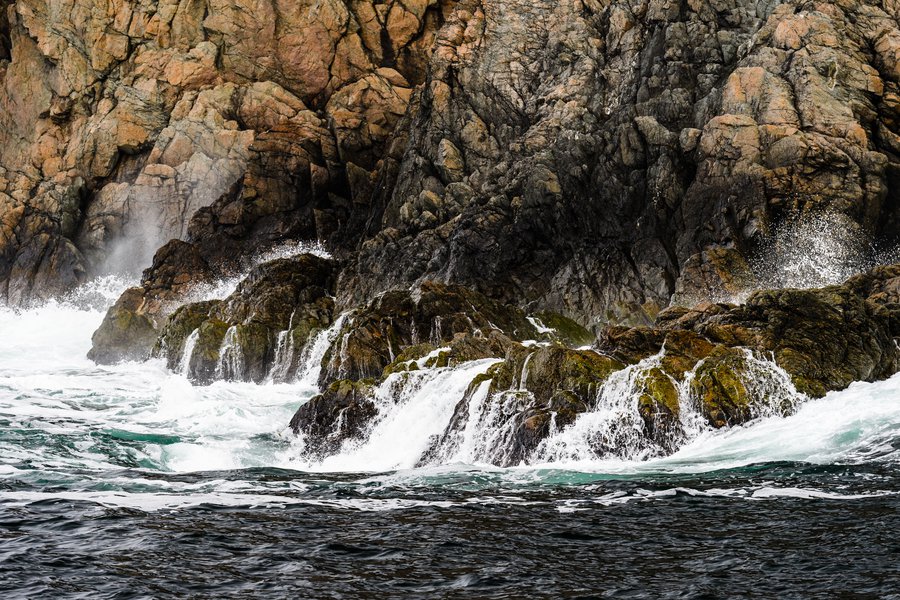 and the rifts in the stone, 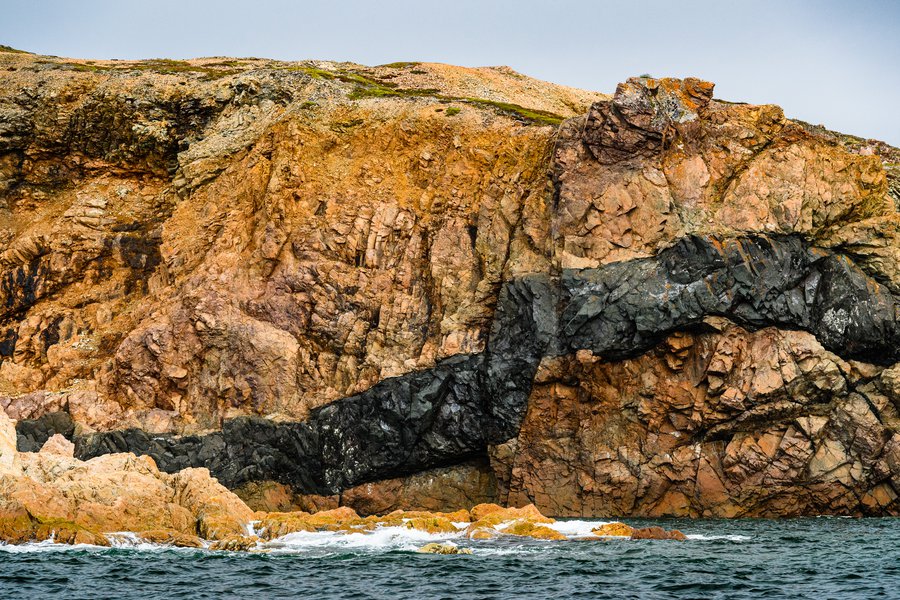 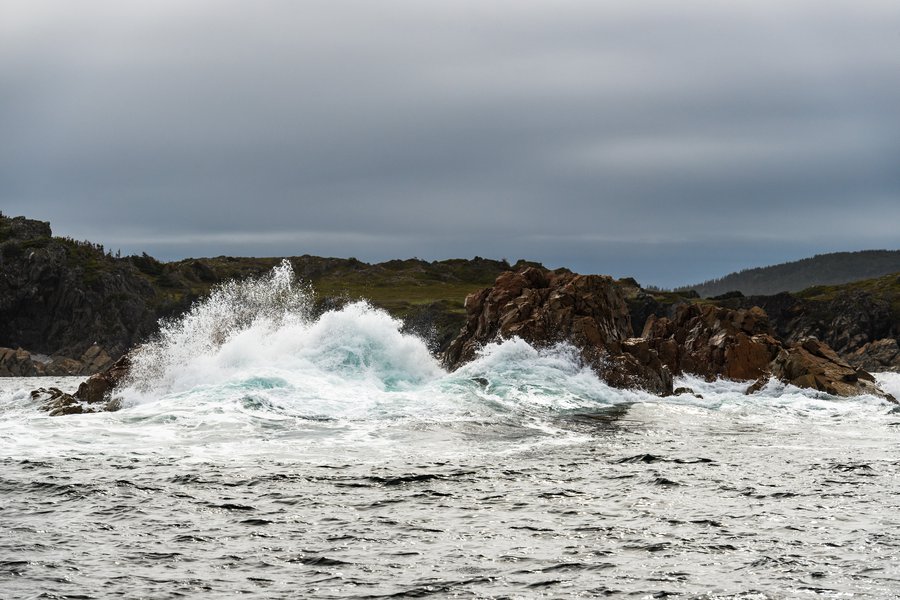 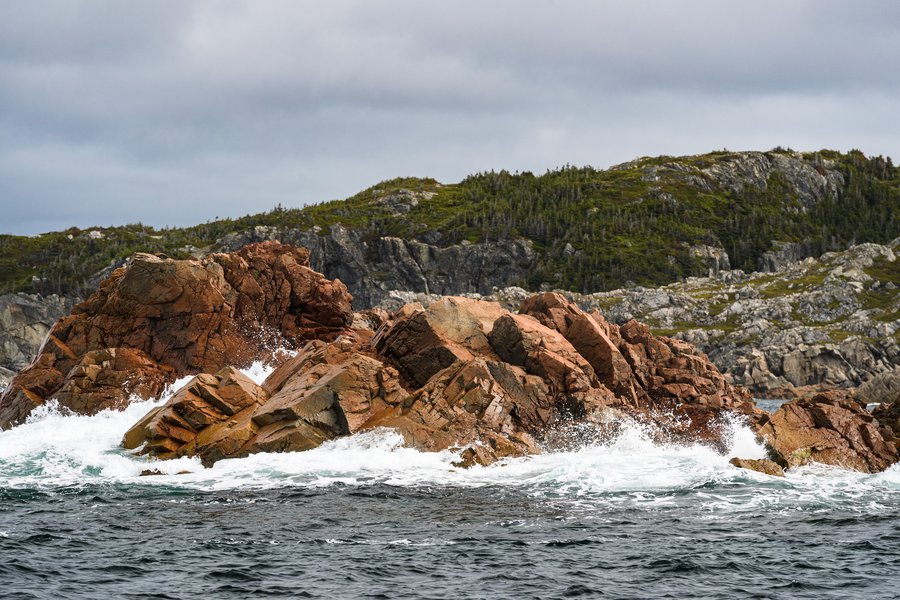 The sky darkened and the sea lightened, and we charted home as the sun was dipping. 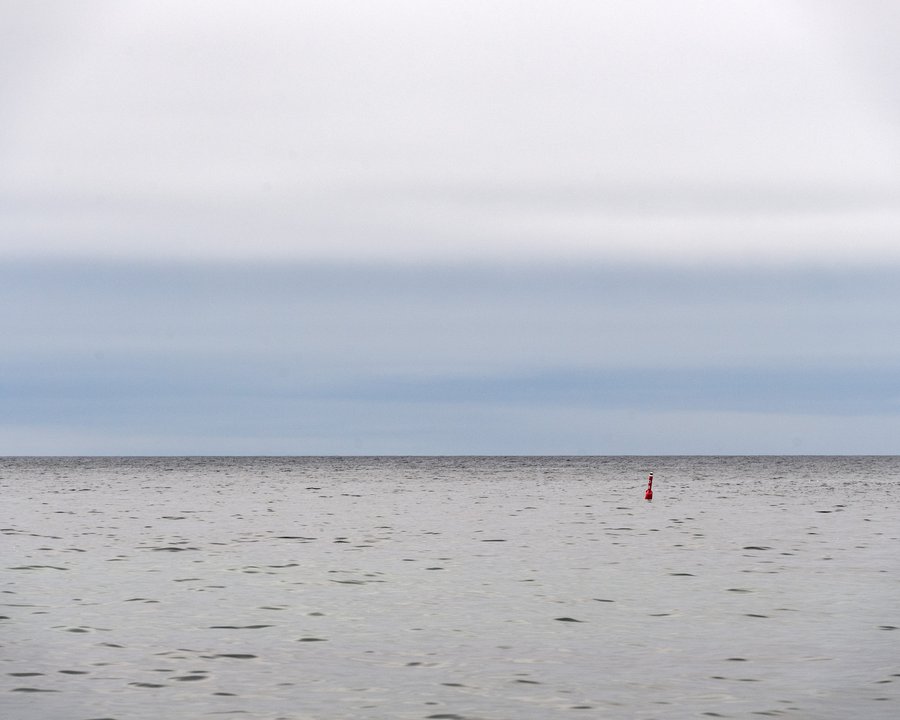 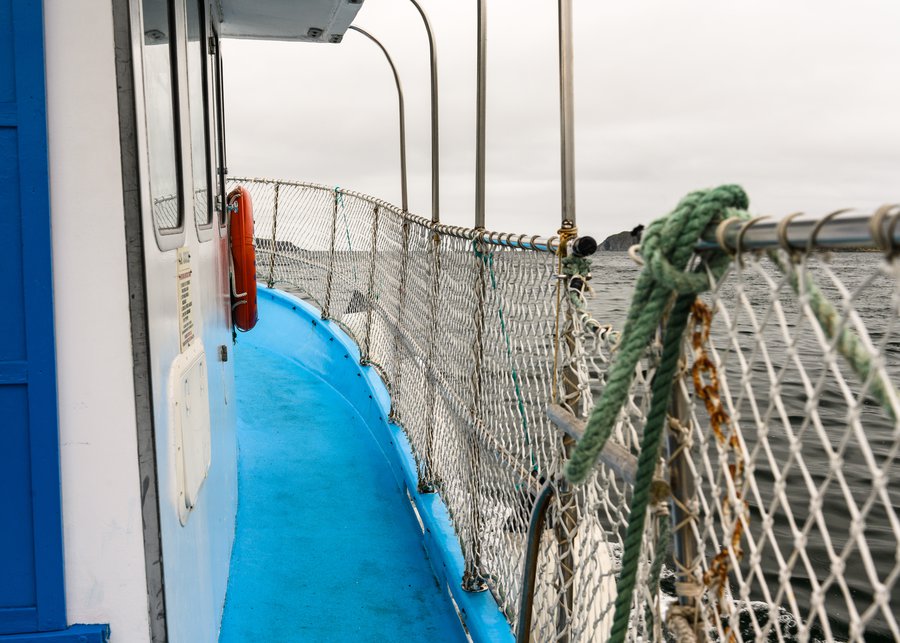 Not our finest boat ride, without the flume of whale spout or the flash of an iceberg, but still subtly filling, in its own way. 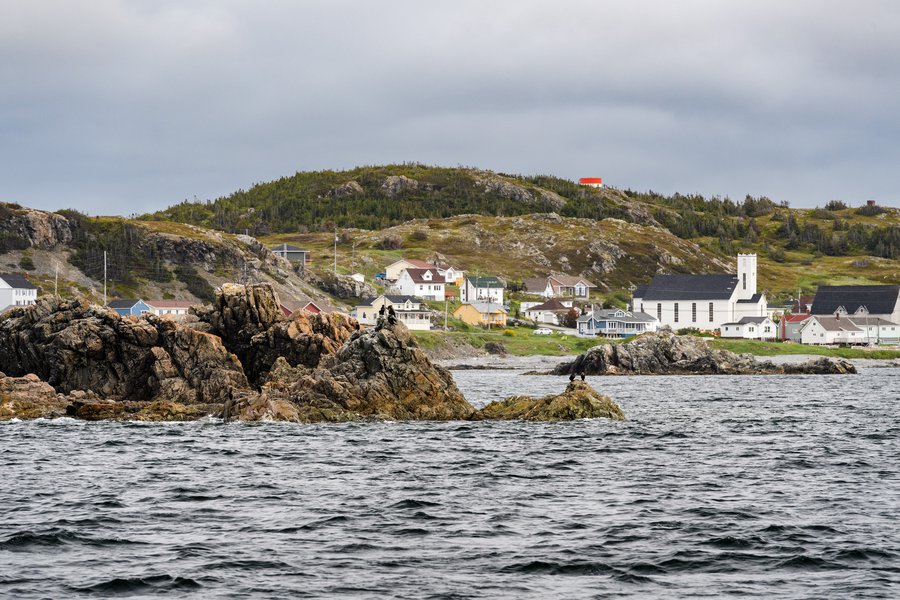